My Heart Hurts When I Think Of You- Yūki Yūna is a Hero: Hero Chapter Episode Three Impressions and Review

2 Comments Posted by infinitezenith on December 8, 2017

With Christmas approaching, Yūna spends time with her fellow Hero Club members, watching as Fū as she studies for her exams. However, she remains troubled by her being made to bear the Mantle, and considers telling her friends, recalling the Hero Club’s fourth tenant. However, she finds herself unable to do so when she experiences a vision of the Hero Club’s members bearing the same markings as she did. Later, she tries to tell Fū, but when the phenomenon manifests again, Yūna falters. When returning home with Itsuki, Fū is hit by a vehicle and hospitalised. Yūna surmises that there’s a mechanism in play that prevents her from talking to anyone about her Mantle. Hearing Itsuki’s conversation about being with Fū and the others’ support leads Yūna to run away from home to keep her friends from worrying about her. In this week’s episode, Yūna’s response to bearing the Mantle forms the primary focus, with emphasis on how she tends to deal with her issues when on her own. Circumstances outside of her control, however, forces Yūna into a difficult position, and it is quickly shown that whatever forces are driving the world are not to be trifled with.

While normally a fierce proponent of the Hero Club’s tenants, which includes that each member should not bear burdens alone and support one another through communication, Yūna’s been backed into a corner. On one hand, she wants to tell her friends about this mark; despite difficulties in summoning the courage to do so, she tries to do so with the goal of both upholding her beliefs, as well as out of fairness to her friends. However, when misfortune befalls Fū, Yūna realises that upholding the Hero tenants might cause harm to her friends. As one of Yūna’s defining traits is an imperturbable desire to protect her friends, Yūna’s decision to run off follows from her beliefs. While easily appearing uncalculated, made off emotions on the spur of the moment to be certain, Yūna’s decision also reflects on her unwavering devotion to those she cares about. She’s backed into a difficult corner now, and consequently, is distressed, hence her choices. I remark here that this isn’t an unreasonable way of thinking. For example, I operate similarly, preferring to shoulder problems alone because I do not wish for my burdens to become someone else’s problems. However, what is relevant to the long game isn’t whether or not Yūna’s decision was a mature one, but rather, how she might mature as a response to her friends’ wishes or as the situation changes. People can and will mature over time: on my end, I will confide my problems in others if letting others know allow said problem to be solved more effectively. 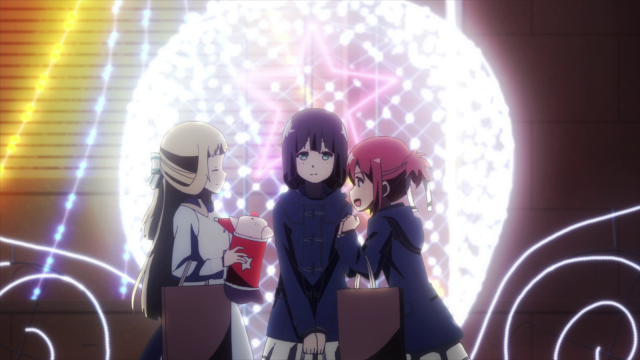 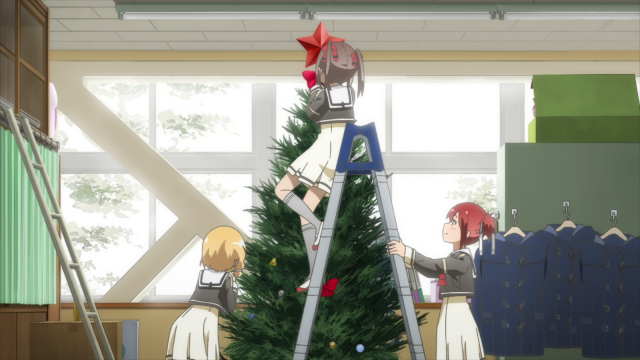 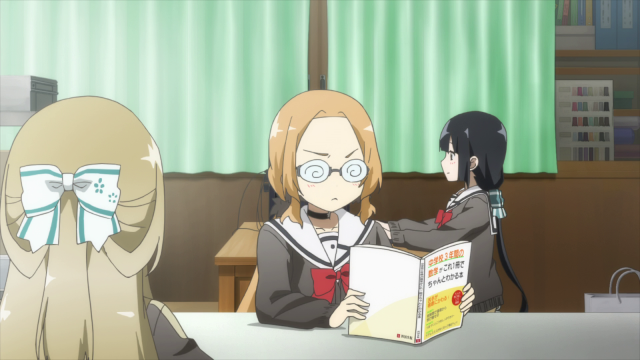 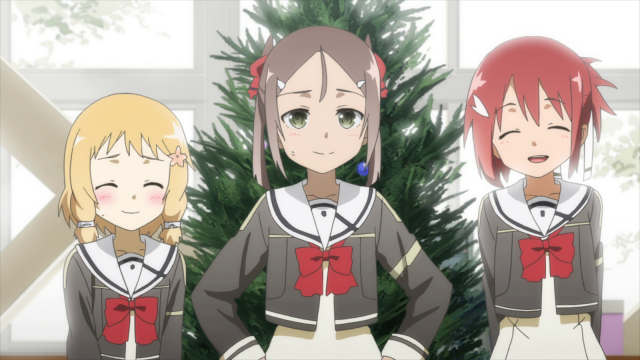 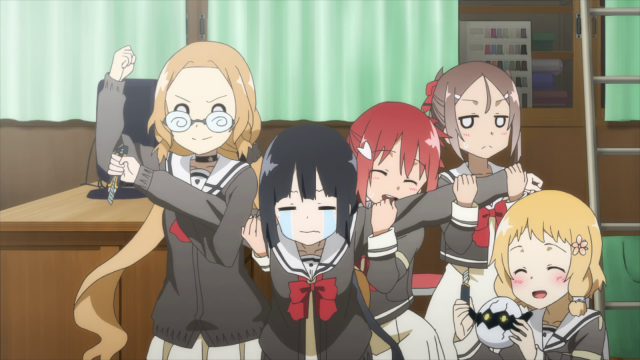 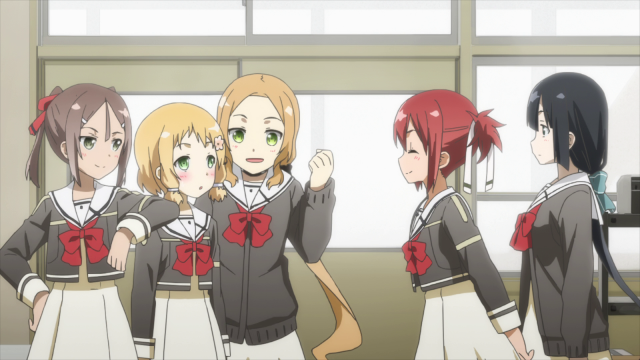 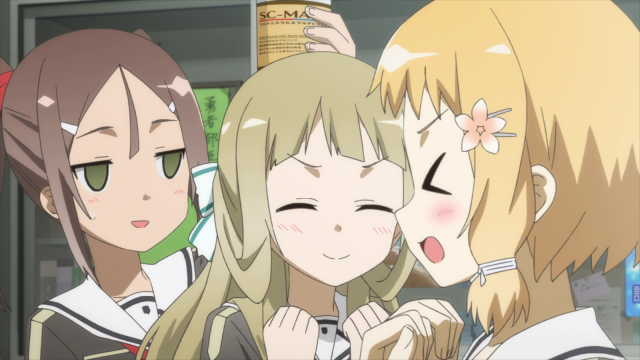 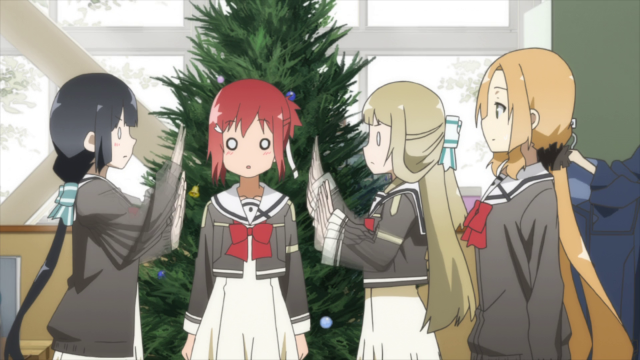 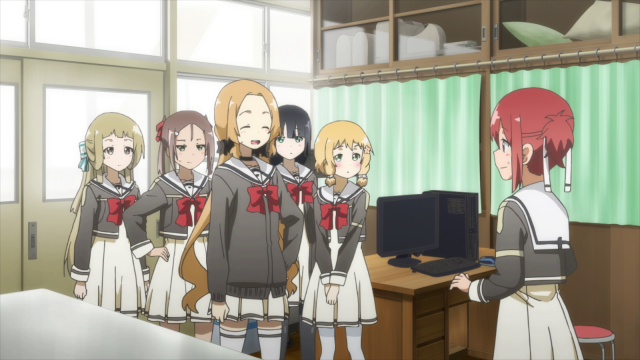 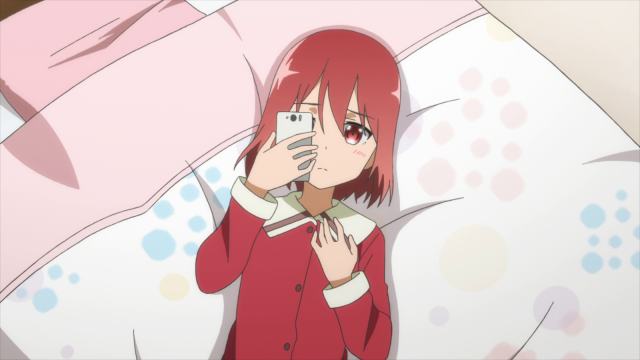 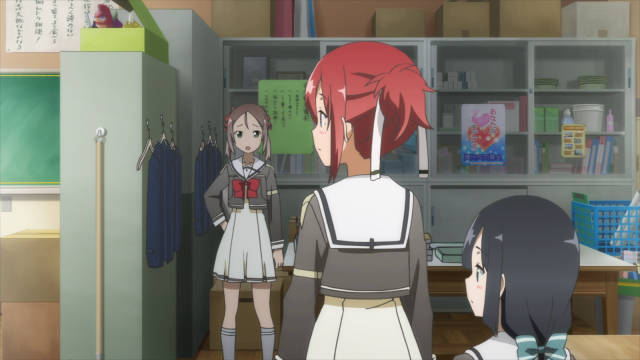 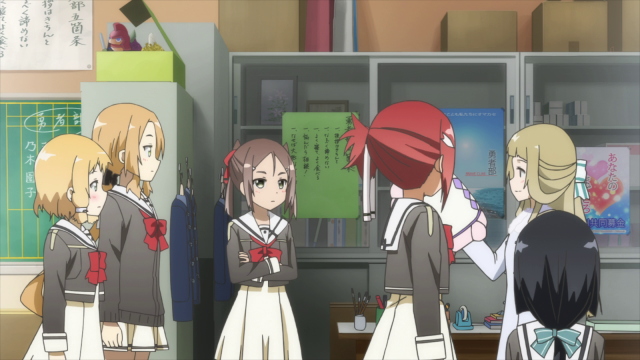 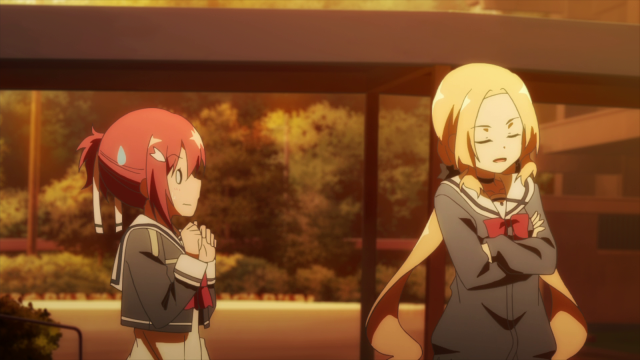 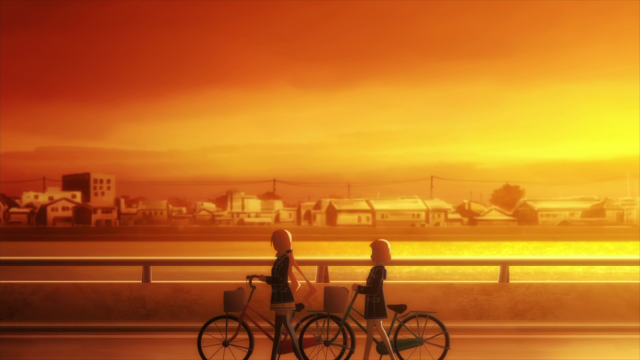 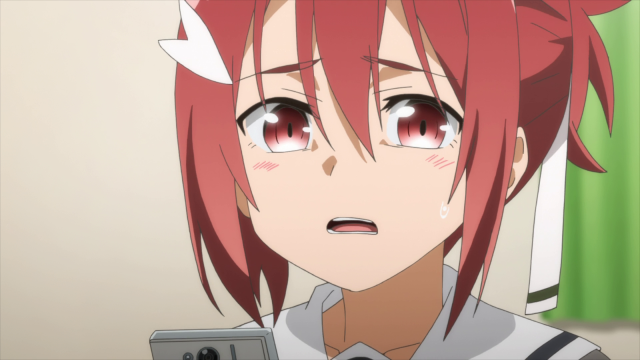 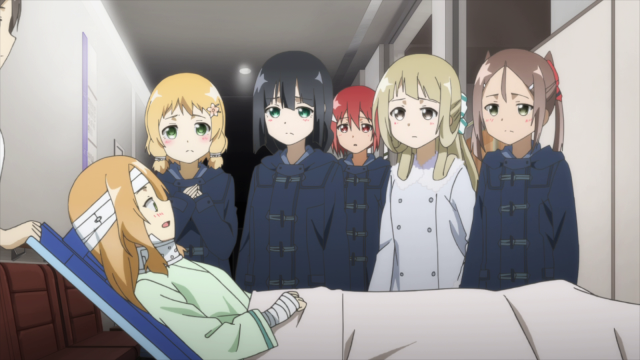 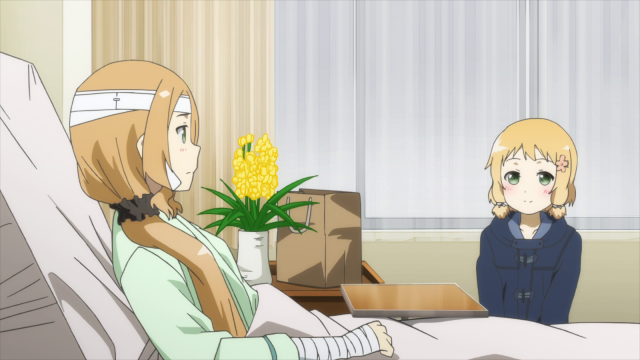 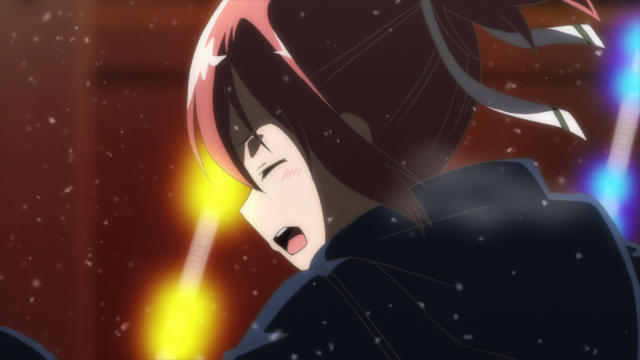 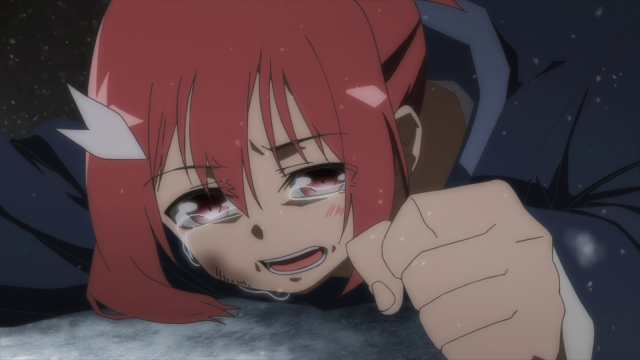 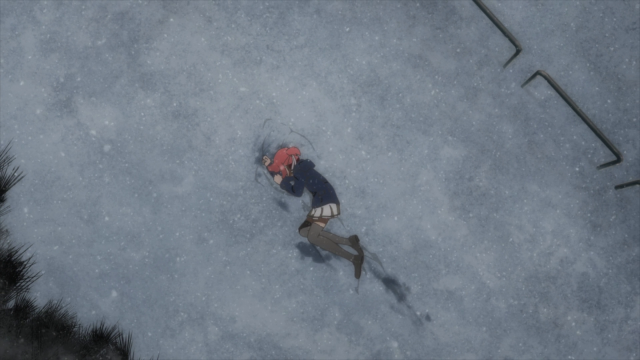 We’ve crossed the halfway point for Hero Chapter at this point, and the condensed timeframe means that Hero Chapter has dispensed largely with the cathartic slice-of-life elements in favour of moments fraught with emotions. This particular aspect seems to work against Hero Chapter, since some progression is made to occur much more rapidly, giving audiences less time to take in what’s occurring. In other words, folks will feel that things are becoming a bit more forceful than natural. With this being said, it is apparent that Hero Chapter‘s focus will be on the characters’ journeys, especially that of Yūna’s, rather than any world-building related elements. This is not unexpected, given the series’ focus on character building in its stead, and given this is Hero Chapter‘s direction, my expectations as we advance beyond the halfway point for Hero Chapter is that whatever tribulations await Yūna and the others, the destination that is reached should be consistent with the path they’ve tread on so far. This is to say, if Yūna and the others are doomed to suffer, then this path must be evident in the upcoming episodes and should not come out of the blue, and similarly, if Yūna and her friends are to be graced with a happy ending, then they must have earned it to some capacity through their actions, rather than exploiting any loopholes in their teenyverse (alternatively, microverse or miniverse).

2 responses to “My Heart Hurts When I Think Of You- Yūki Yūna is a Hero: Hero Chapter Episode Three Impressions and Review”