Wake Up, Girls! New Chapter! Review and Reflection at the ¾ Mark

2 Comments Posted by infinitezenith on December 14, 2017

“When you are doing something neat, and you’re doing it with neat people, and there is that convergence, something amazing will happen.” —Rony Abovitz

Ayumi, Itsuka and Otome manage to persuade Junko and Kouhei to take them on as idols-in-training. They are initially assigned to menial tasks, such as handing out fliers for WUG. They find the work to be exhausting and consider throwing in the towel, but when Junko reminds them that an idol’s duty is to smile, Ayumi recalls Mayu’s comments about idols working to ensure that others smile, as well. Encouraged, Ayumi and her friends step it up, handing out more fliers and generating interest amongst some of the people they speak with. They later meet up with WUG proper and formally introduce themselves to the group. When Kouhei and Junko learn that their performance was accidentally scheduled for the same date as I-1’s performance, WUG strives to nonetheless put in their strongest to ensure a successful concert. In one of their performances, Yoshino notices some members of the audience distracted by his phone and feels disheartened, wondering if they can truly capture everyone’s spirits, but Mayu believes that they should work on encouraging more viewers to enjoy their performances. Later, Tasuku gets in touch with WUG and announces that he’s giving them a song for free provided that they can come up with the lyrics. While the girls struggle to come up with the lyrics, pressures from their duties cause them to clash with one another. In spite of this, they manage to make up, and Mayu realises that their experiences form the core of WUG, which they can draw upon to convey within their song.

New Chapter! has certainly managed to keep things moving with its concurrent narratives between WUG and the middle school students; by the three quarters mark, the narratives have finally merged as Ayumi and her friends begin supporting WUG in their own manner, learning more about their role models as they embrace the idea of working their hardest to bring smiles to others. As we progress into the final episodes of New Chapter!, it’s clear that WUG is very much capable of taking things in stride – old conflicts that appeared were promptly sorted out, and the girls come to realise that this is the magic within their group. With their national tour coming up, and the groundwork for their new song taking shape, New Chapter! is shifting into high gear as its final quarter appears. Compared to its predecessors, New Chapter! comes across as being a bit busier with its narrative. There’s definitely a great deal going on, and the story flows quite quickly, covering many elements with each episode. New Chapter! feels quite rushed, and it is the case that things might have been better spaced out over twenty four episodes. With this being said, New Chapter! is paced such that audiences might also appreciate the sort of chaos and busy nature associated with being an idol; in this department, the anime is quite successful at conveying this to viewers. 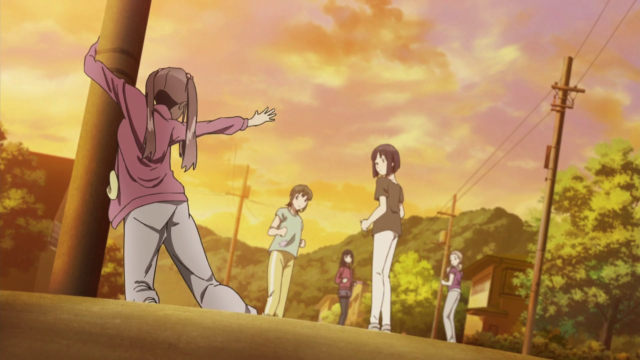 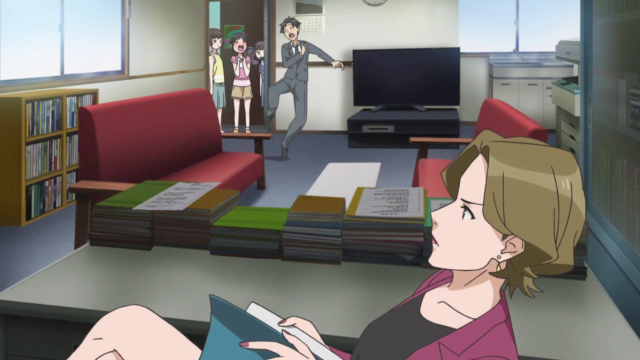 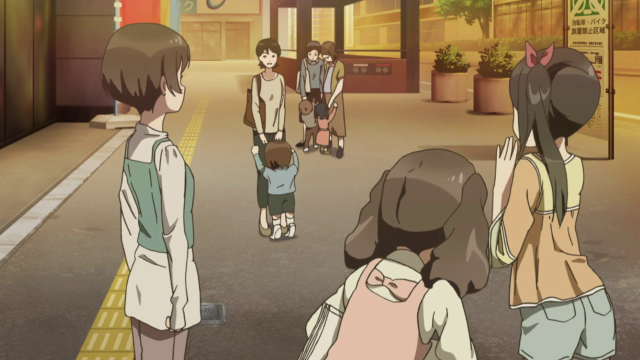 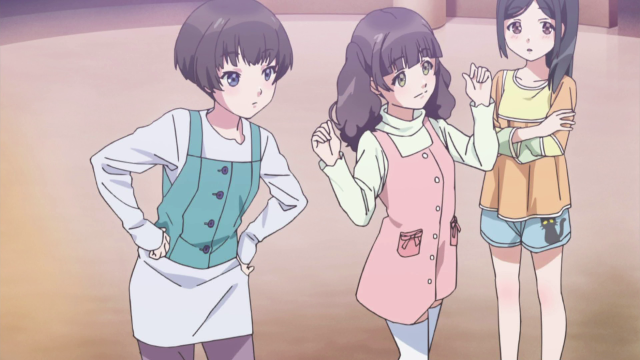 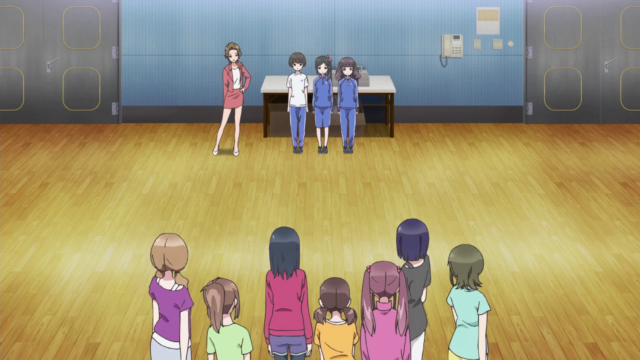 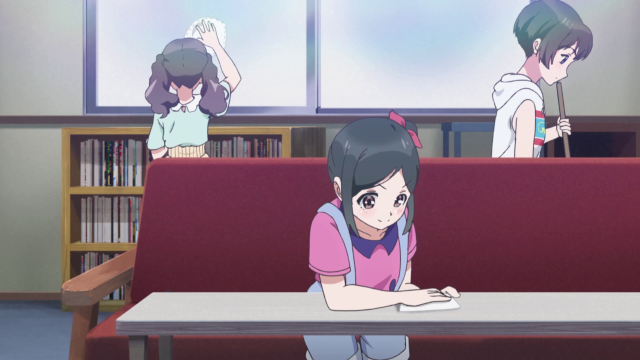 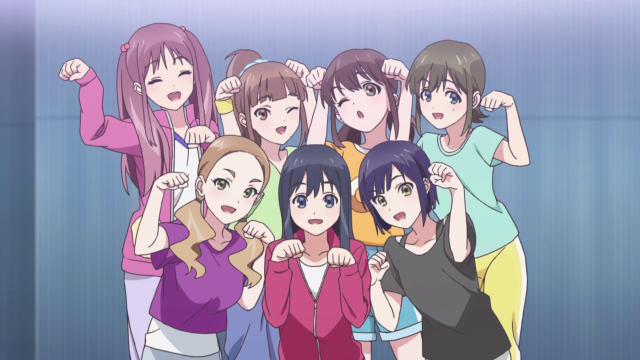 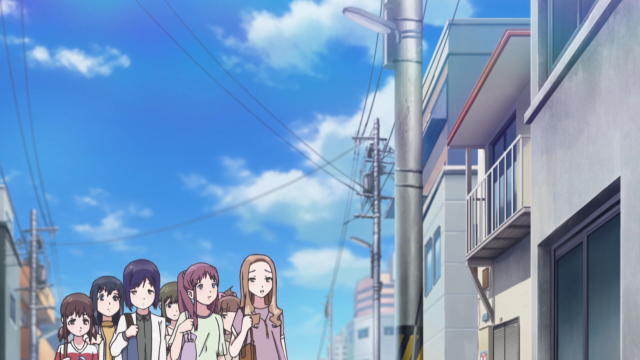 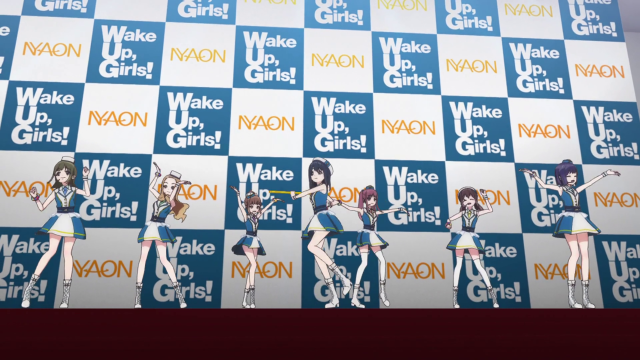 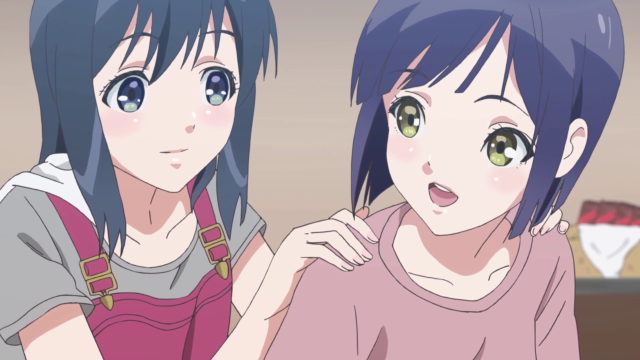 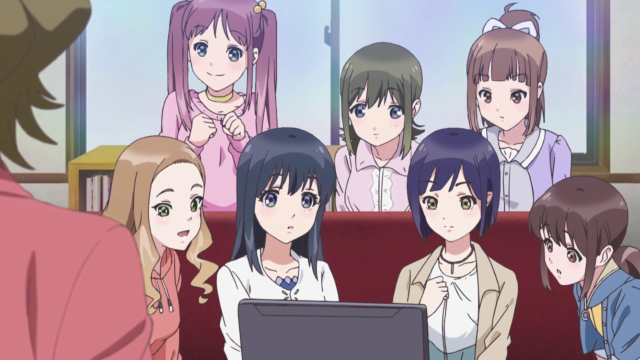 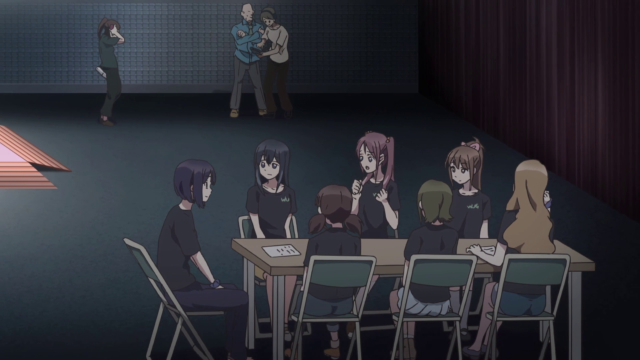 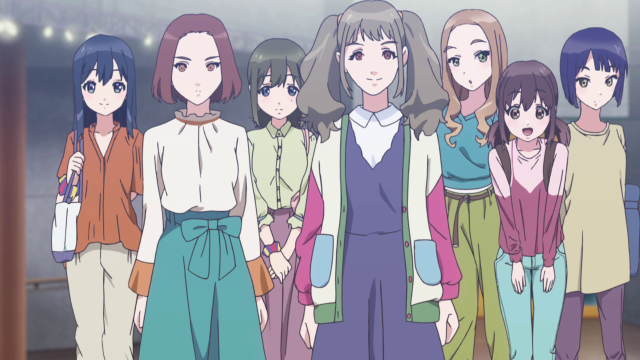 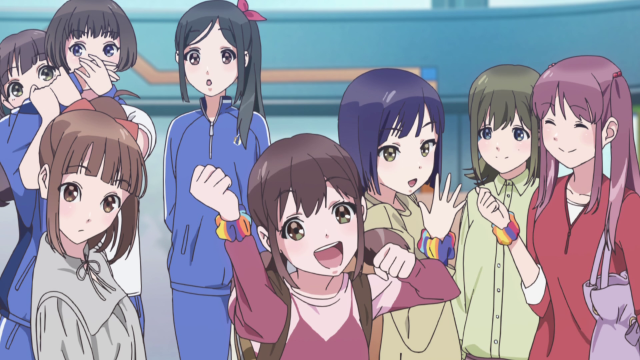 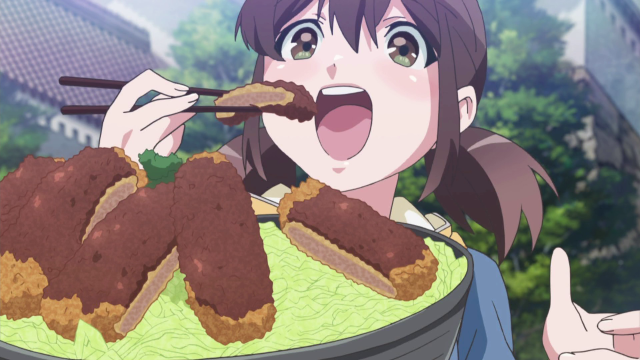 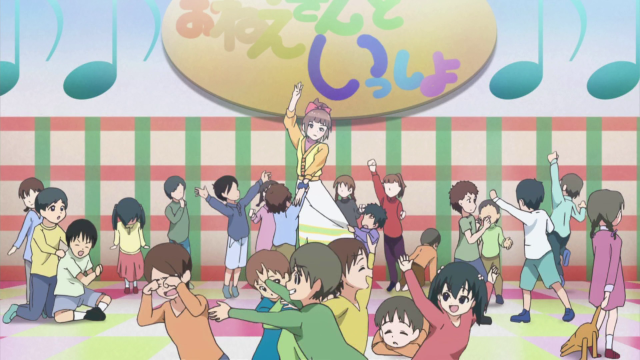 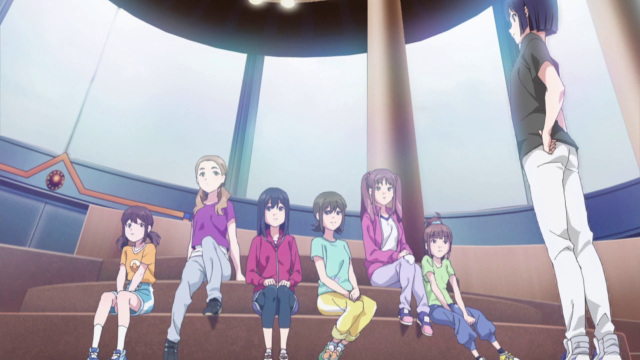 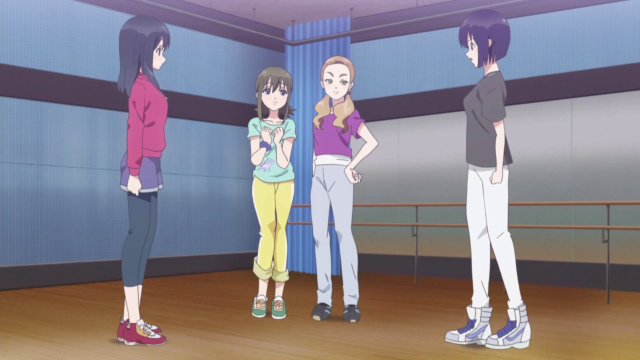 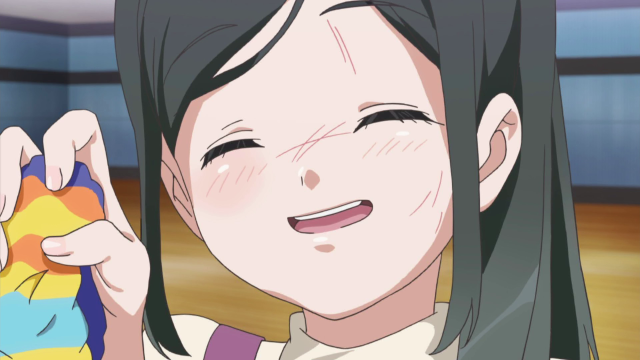 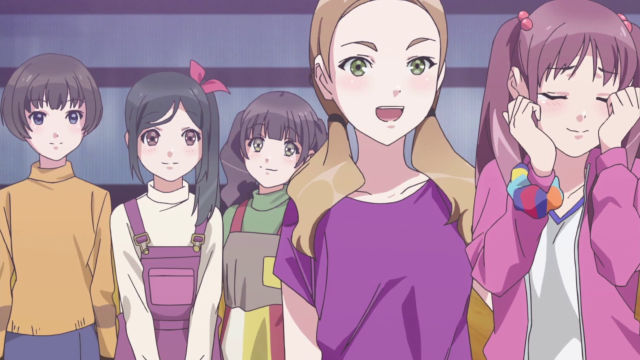 I’m not sure if it was by choice or the consequence of production issues, but New Chapter! is missing a seventh episode; in its place is a live action segment featuring WUG’s voice actors, and so, this post actually comes out where the tenth episode has released. With only a quarter of New Chapter! left, I am inclined to say that New Chapter! has managed to capture the nuances and feel surrounding WUG, even introducing a group of new characters in Ayumi and her friends to take the series in a different direction. Limitations in the animation budget are felt quite strongly, but after nine episodes (discounting the live action segment), it’s also apparent that New Chapter! has the same authenticity as the original series and their movies did. Looking into the future, WUG will face the challenge of completing their song and beginning their national tour: I am quite excited to see where this goes, and given that Mayu was already considering naming their song “7 Senses”, it’s likely that the final song will be New Chapter!‘s opening theme, much like how “7 Girls’ War” was both the opening and finale song that WUG performed in the first season.

2 responses to “Wake Up, Girls! New Chapter! Review and Reflection at the ¾ Mark”