2 Comments Posted by infinitezenith on December 15, 2017

“Friends show their love in times of trouble, not in happiness.” —Euripides

While Yūna tries her best to participate in the New Years’ festivities with her friends and make the most of her time with the Hero Club, her friends begin noticing that Yūna is not her usual self. Karin tries to talk to her about things, but with the effects of her curse still fresh in her mind, Yūna declines. Mimori later breaks into Yūna’s room and recovers a journal that Yūna had been using to document her experiences. In this journal, she explains that after their fight during the Vertex, Yūna’s body sustained damage beyond the Taisha’s ability to heal, and she lapsed into a coma. Her spirit ended up where Mimori was held, and while she returned to rejoin the others, her body’s been decaying since. Furthermore, the Taisha confirm that Yūna’s curse will spread and affect the others should she attempt to communicate with her friends about it. When Mimori, Fū, Itsuki and Karin learn of this, they are shocked; Sonoko had begun investigating independently and apologises for not sharing her findings, but stops Mimori from intervening, since Yūna had already been affected. The next morning, Mimori visits Yūna and assures her that this time, she’ll look after her. It’s quite evident that the stakes have been increased, especially since Yūna’s life expectancy has dropped to the span of a few months. With this being said, the ending of Hero Chapter is a foregone conclusion even in light of the current revelations, given the thematic elements that Yūki Yūna is a Hero have previously presented, and what remains intriguing about Hero Chapter largely lies with the journey that Mimori and the others must take to reach an ending free from the suffering Heroes have contended with thus far.

The fourth episode’s execution comes across as being surprisingly strong; it was only a matter of time before Yūna’s friends learned of the truth, and here, the effects of this news on both Yūna and her friends are shown with a surprising realism. Until now, audiences have been placed in Mimori and the others’ perspectives – they’ve seen Yūna doing her best to maintain normalcy and participate as best as she can with the Hero Club, while being left in the dark. Internally, Yūna is trying her utmost to reassure her friends and deal with her condition, fighting off despair and holding onto the hope that she will recover. This act of putting on a mask and dealing with her situation unassisted has placed a severe strain on Yūna’s mental health, and brings to mind the sort of predicament not unlike that which folks face in reality when diagnosed with or facing a terminal condition. The psychological aspects of an illness is not to be taken lightly, as it can dramatically affect the choices individuals might make pertaining to treatment and support they might elect to take. Collecting this information and using it to predict how patients might respond during and following treatments for an illness is an area of interest in medicine, although this particular area of research faces its own limitations, especially with regard to data collection and integrity. In Yūna’s case, her friends have (forcibly) entered the equation, and are now faced with a Herculean task to try and work out what is necessary to save her. 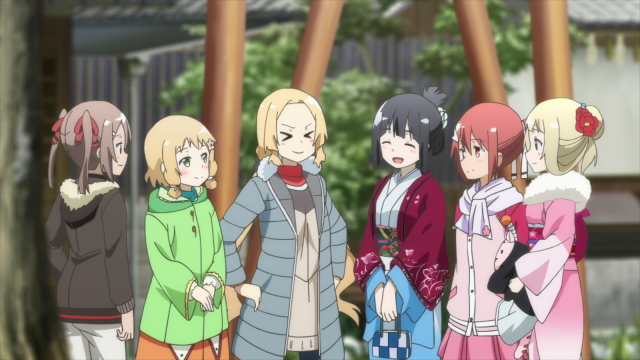 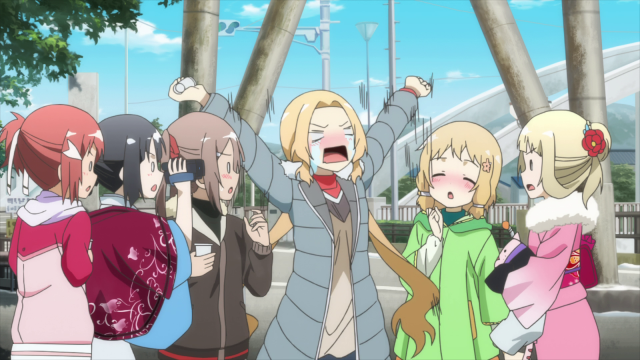 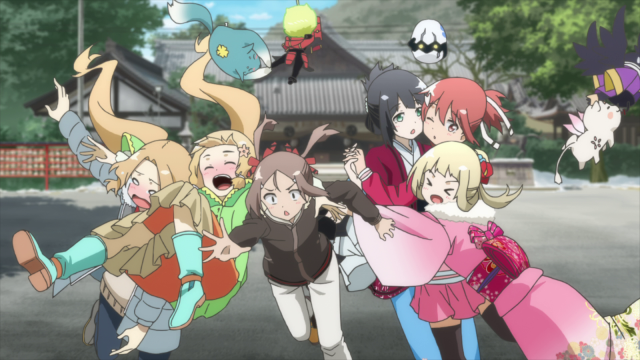 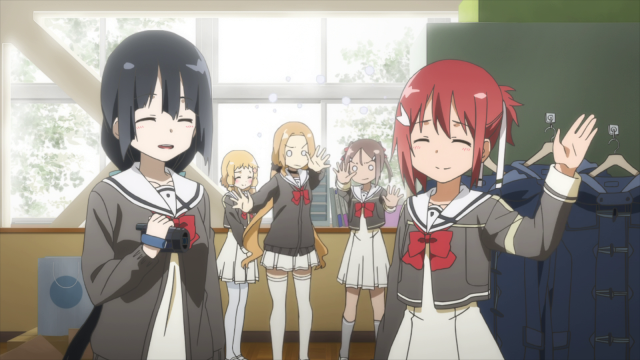 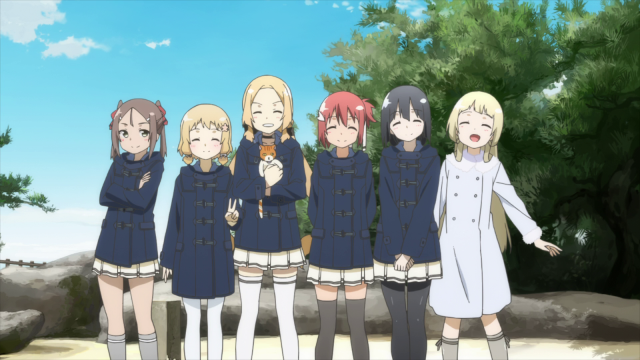 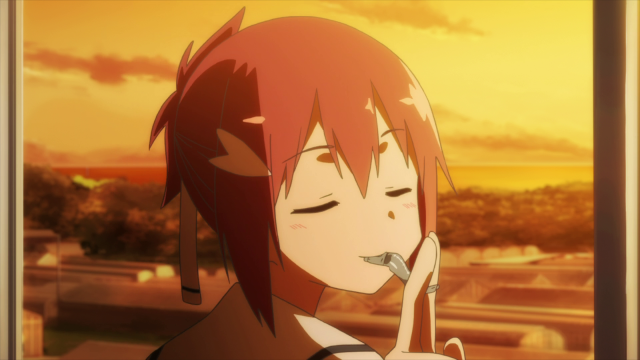 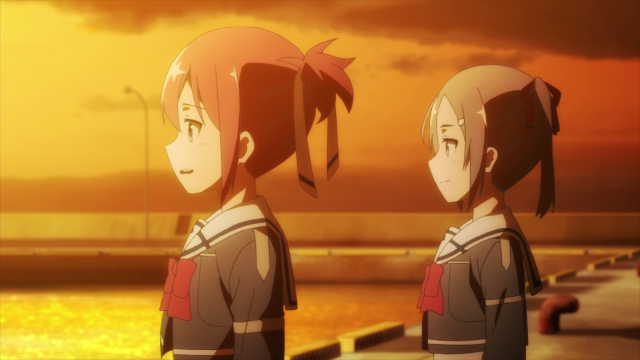 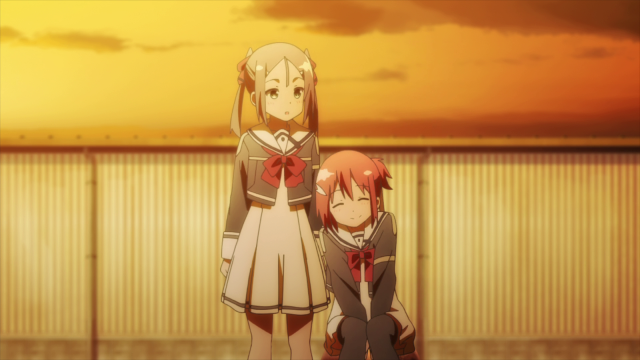 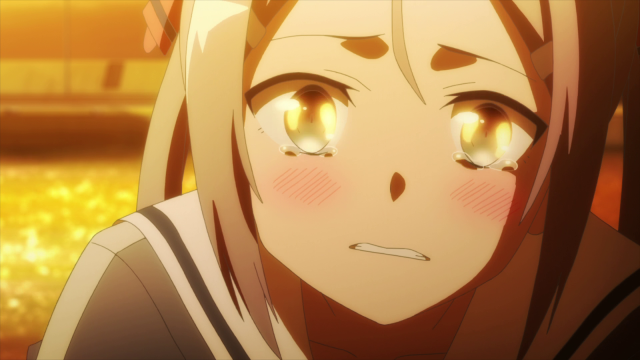 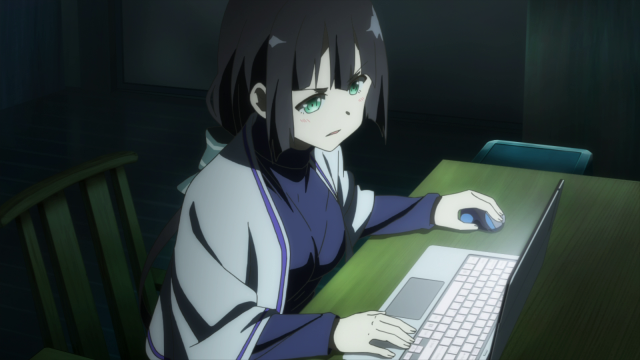 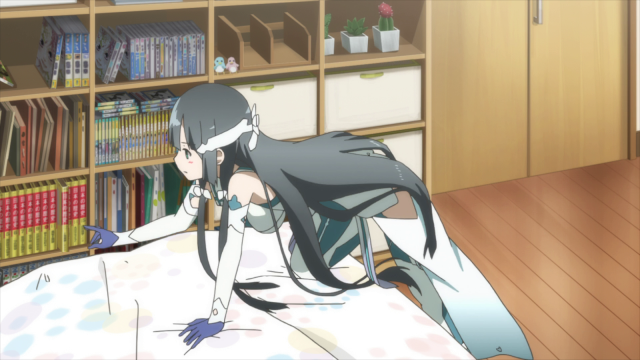 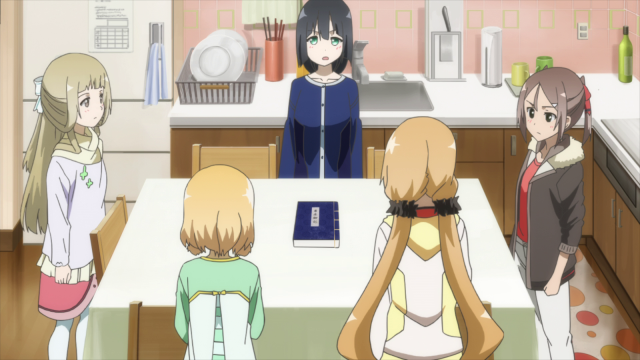 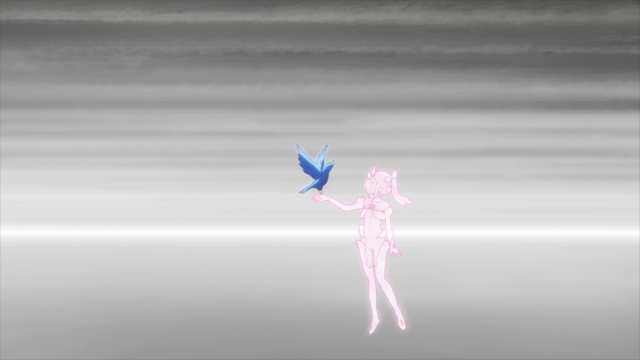 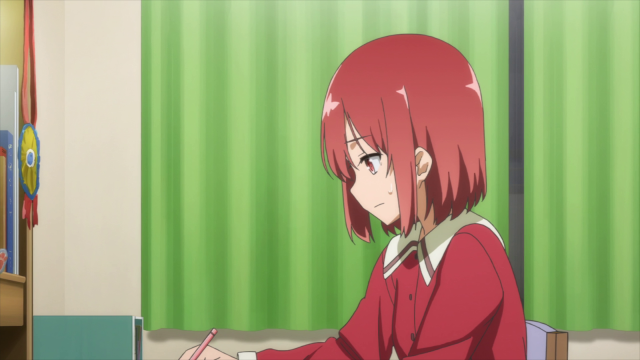 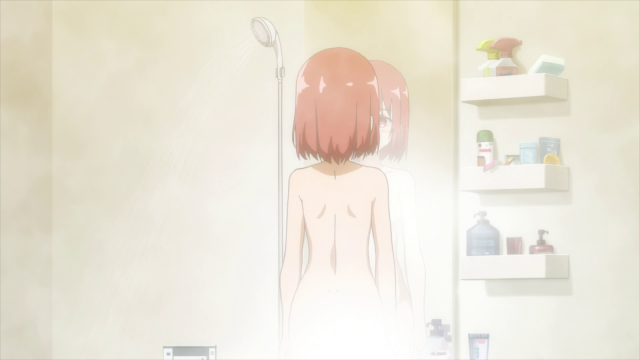 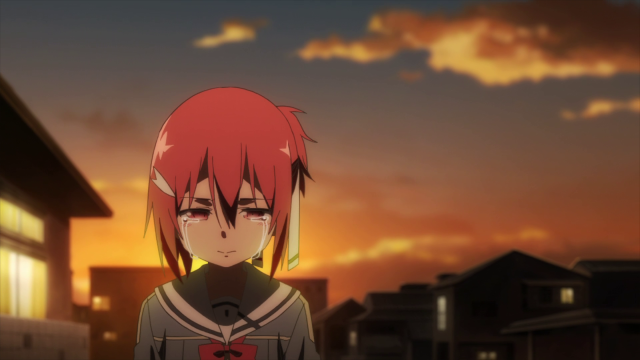 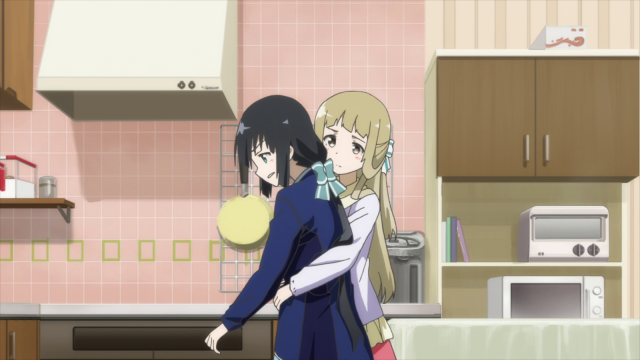 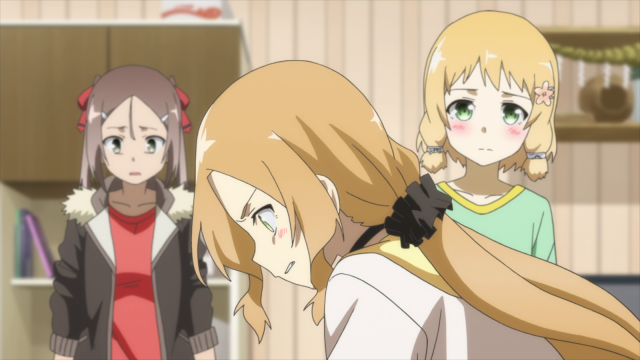 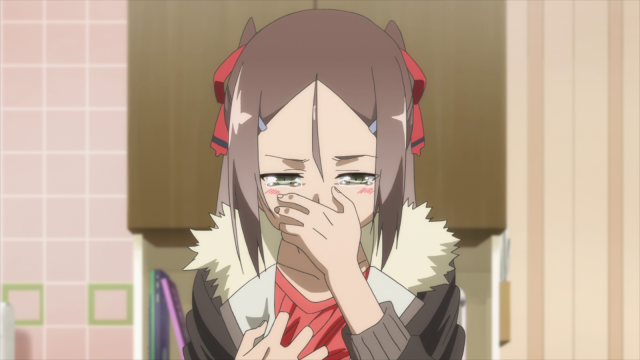 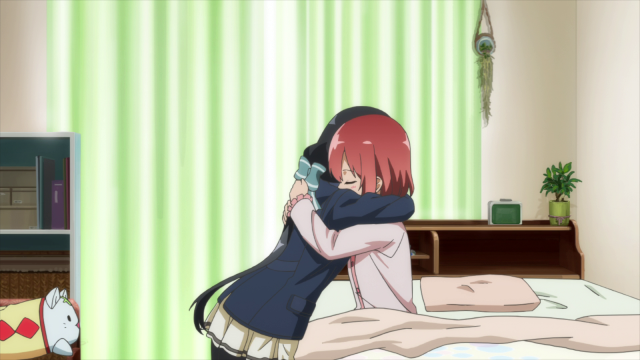 If we accept that the journey is a great deal more meaningful than the destination, then Hero Chapter has certainly found a way of drawing in the audiences and compelling them to follow the journey that Yūna and the others have faced thus far. The suffering and woes falling upon Yūna, seemingly excessive, follows accordingly from the consequences of Yūki Yūna is a Hero; the ending of the first season presented the girls as having been given a Mulligan, getting off seemingly scot-free after their actions during the final battle. As it turns out, this action was not without consequence, and in exchange for granting normalcy back into everyone else’s lives, Yūna is left to dealt with the Mantle of responsibility and bear the burden of a curse. It is here that Karin reveals that she’s genuinely appreciative of Yūna’s friendship, while Mimori begins to feel as though she is responsible for Yūna’s predicament; Sonoko reminds her this is not the case. Similarly, Fū begins to doubt the Taisha once again, reminiscent of the events of Yūki Yūna is a Hero. There is not a clear way forward for the Heroes, but hope is not extinguished yet: with everyone now aware of the quandary Yūna is in, they can at least begin to support her. While Yūna’s Mantle of responsibility and its attendant curse might not be a condition for which there can be a treatment, that she has her friends in her corner nonetheless provides a significant boost in mental well-being. In the real world, this support can mean the difference between maintaining the will to live and losing it, so it will be interesting to see what sort of difference Yūna’s friends can make for her, as well as what the group’s next course of action will be.