2 Comments Posted by infinitezenith on December 24, 2017

“Each day holds a surprise. But only if we expect it can we see, hear, or feel it when it comes to us. Let’s not be afraid to receive each day’s surprise, whether it comes to us as sorrow or as joy It will open a new place in our hearts, a place where we can welcome new friends and celebrate more fully our shared humanity.” —Henri Nouwen

Yuuri and Chito continue making their way through the derelict city, making use of their camera to capture different sights that they pass by. They stop at an apartment for a night and wonder what it would be like to have a home, listen to the sound of a rainfall and encounter a woman named Ishii, who has dreams of flying. Helping her in constructing an aircraft, Ishii shares with Yuuri and Chito about a facility where provisions are held, and while Ishii’s flight is unsuccessful, she parachutes to a lower level. Yuuri and Chito later reach this facility, where they use ingredients that they find to make new ratios. When driving through a vast graveyard, Yuuri discovers a radio, and later ascend a vast tower, where they find beer and proceed to get hammered. The girls explore an aquarium with a single fish, and encounter a robotic guardian. After swimming in its vast tanks, the girls rescue the fish by destroying a large construction robot attempting to dismantle the site. When Yuuri picks up music from her radio later, the two decide to find its source, and encounter a small creature that Yuuri dubs “The Cut”. They eventually reach a nuclear submarine carrying ICBMs, and view the full contents of the camera that Kanazawa had given them, learning more about humanity. The Cut’s comrades later arrive and explain that their purpose is to consume unstable energy sources. They depart, leaving Chito and Yuuri to continue on their journey. In the space of the nine episodes since I last wrote about Girls’ Last Tour, quite a bit has happened: their everyday experiences in travelling in the remains of civilisation lead Yuuri and Chito to encounter aspects of humanity that we find commonplace. Through their naïveté, Girls’ Last Tour offers a newfound perspective on things that we’ve come to take for granted, and in doing so, encourages its viewers to reflect back on what our civilisation truly entails.

While prima facie about Chito and Yuuri’s daily life as they explore a post-human world with the aim of surviving, Girls’ Last Tour ultimately speaks on what being human means. The conversations that Yuuri and Chito share, concise and simple in nature, as well as they entities they encounter, each serve to provide a unique perspective on the human species and its creations. The sum of these experiences creates Girls’ Last Tour‘s main theme, that humanity is intrinsically curious and creative once its basic needs are satisfied. Abraham Maslow’s theory on these aspects of human nature were first posted in 1937 and is summarised as Maslow’s hierarchy of needs, which supposes that once physiological and social needs are fulfilled, people will begin seeking the means of expressing itself, as well as looking for the means of moving beyond one’s boundaries. Girls’ Last Tour supposes that the world’s remaining humans have their basic and social needs satisfied to some level; Kanazawa and Ishii both are driven by the desire to create something and do something meaningful even when the remainder of civilisation has collapsed. In Kanzawa and his cartography skills, he represents the tendency for people to document discoveries. Ishii embodies the human drive for innovation. Similarly, Chito and Yuuri are interested in the remnants of the past civilisation, longing to understand more about it and record their own experiences; they are akin to children working out for themselves the workings of the world. Through the various characters in Girls’ Last Tour, the main notion seems to be that, regardless of what happens to our species, our natural drive to learn and create is an enduring trait. Provided that our needs can be satisfied, we will begin exploring new territory with the goal of finding purpose, regardless of how far our civilisation has advanced or regressed. In spite of being the only species on Earth to have had such an impact on the planet’s environment, and our seemingly insatiable appetite for conquest and destruction, Girls’ Last Tour offers to audiences the idea that some of our more appealing and constructive characteristics should not be forgotten, as they can endure and define our species more so than our current propensities.

The main appeal in Girls’ Last Tour therefore lies in this simple, yet profound message, and this particular message is conveyed in every aspect comprising the anime. While already having a strong narrative in its simple, yet thought-provoking conversations and a fantastically-depicted world, filled with relics of a long-derelict civilisation, Girls’ Last Tour has one more component in its execution that is worth mentioning. This is the incidental music: composed by Kenichiro Suehiro, the soundtrack for Girls’ Last Tour is a masterful addition to the anime. From the gentle pieces depicting the calm of everyday life while the girls explore the vast constructs of the past society in their Kettenkrad, to the choral songs that capture the majesty and wonder Chito and Yuuri must experience while gazing upon something new and wonderful, or the moodier pieces that accompany moments where the girls experience melancholy and sorrow as a result of their learnings, the soundtrack adds a new dimension to the anime that serves to reinforce its thematic elements. Each of the incidental pieces are slower in pace, suggesting that the flow of time itself has similarly slowed. The reduced pacing allows the girls to really take an introspective into things and explore their world at their own pace. Where encountered, happiness endures a little longer, and sorrow dissipates with a reduced haste. Through the music, Girls’ Last Tour encourages its audiences to take their time in considering what Chito and Yuuri are experiencing. 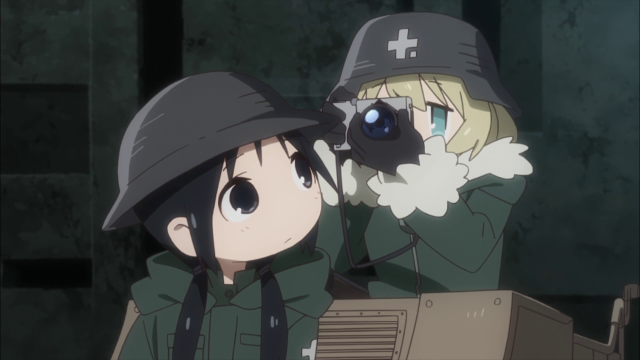 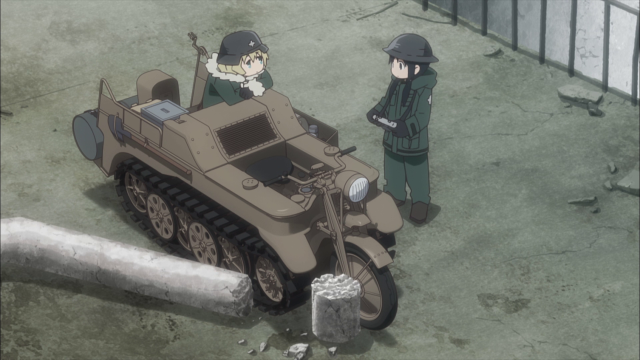 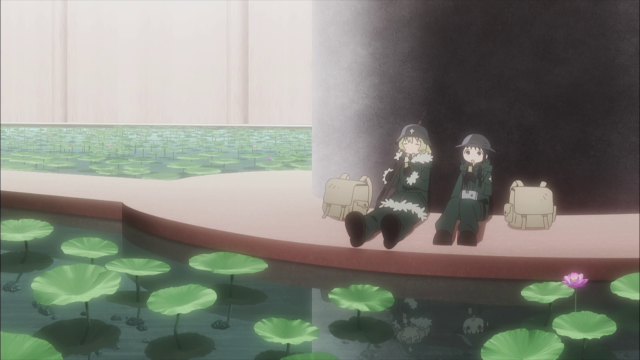 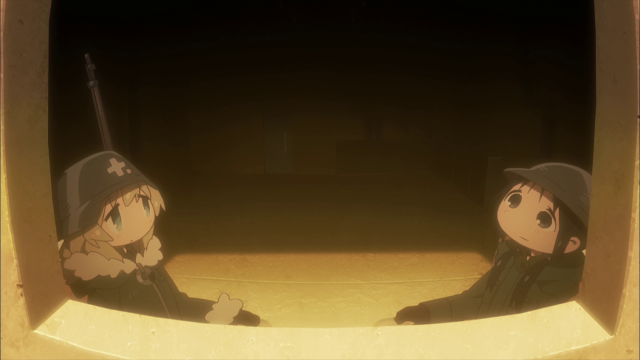 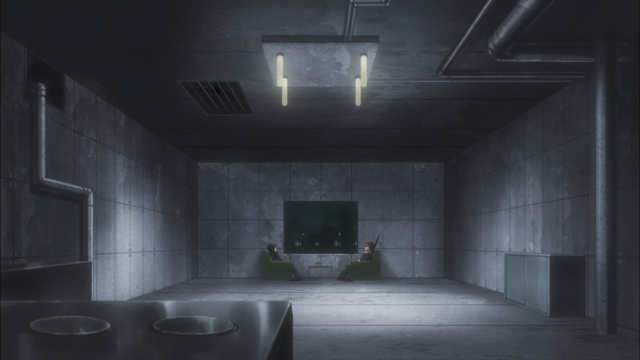 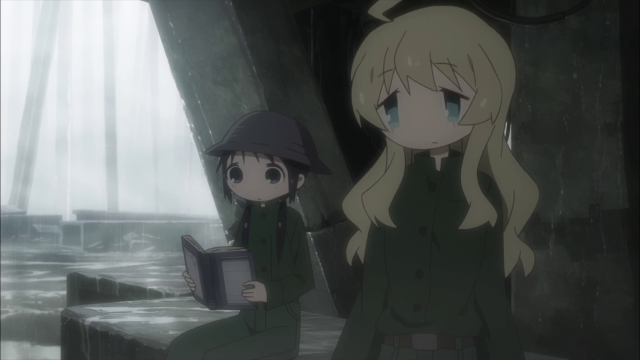 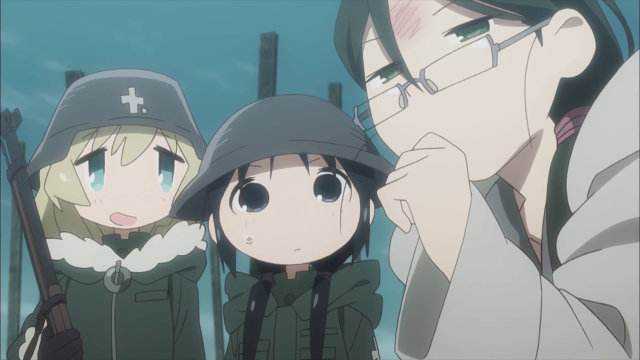 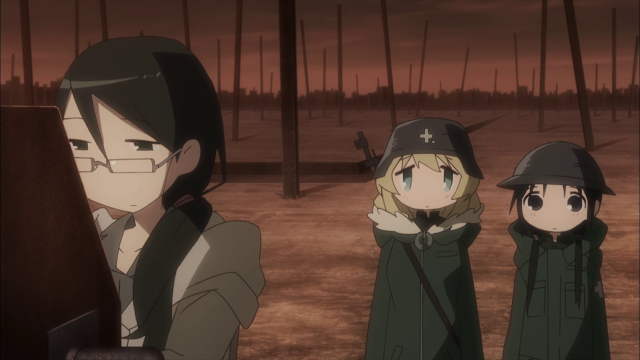 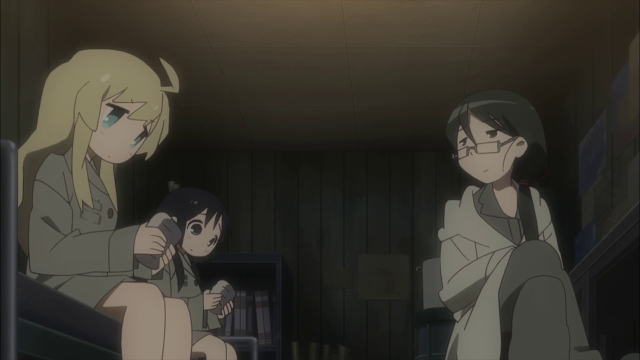 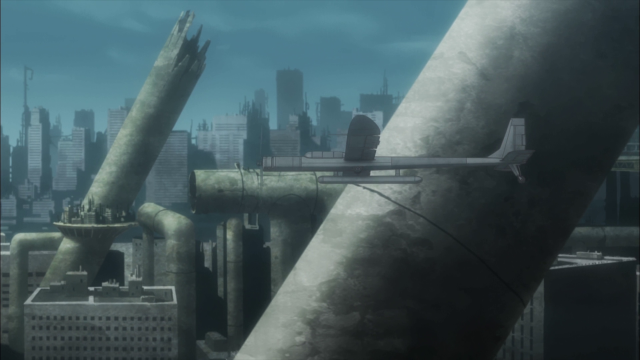 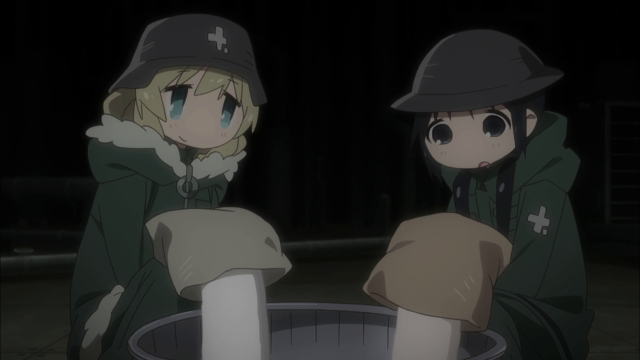 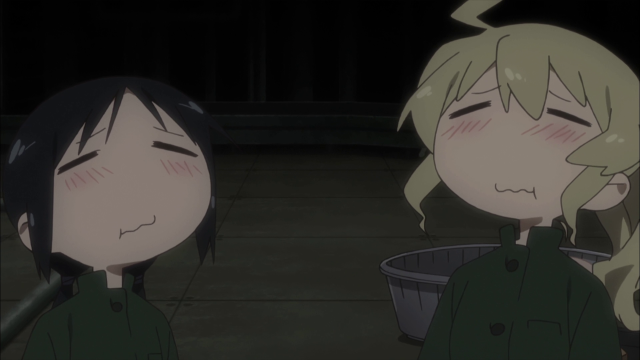 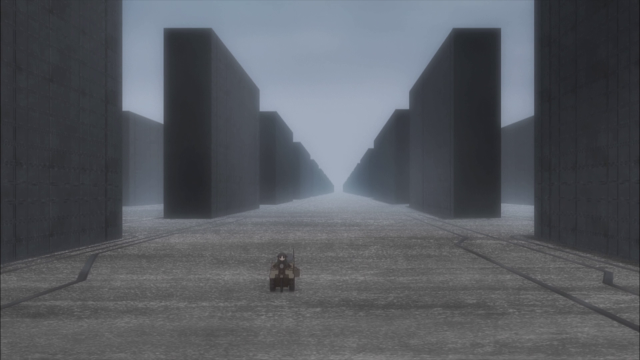 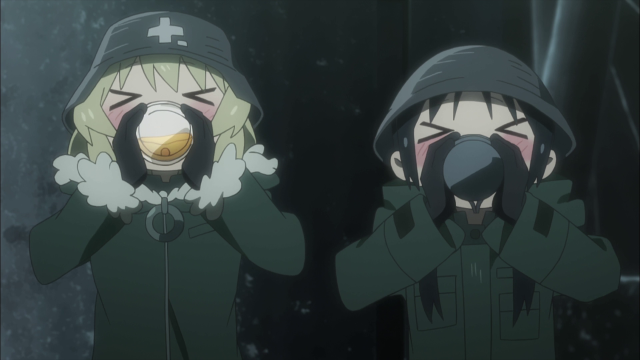 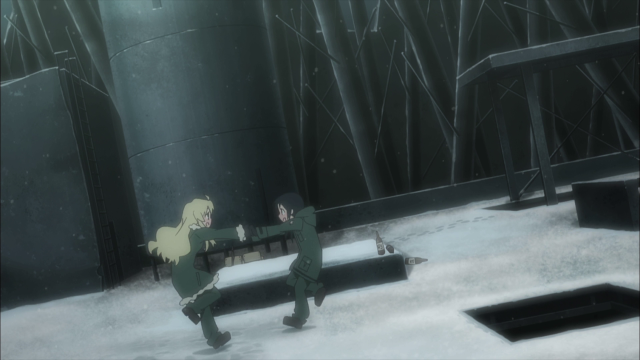 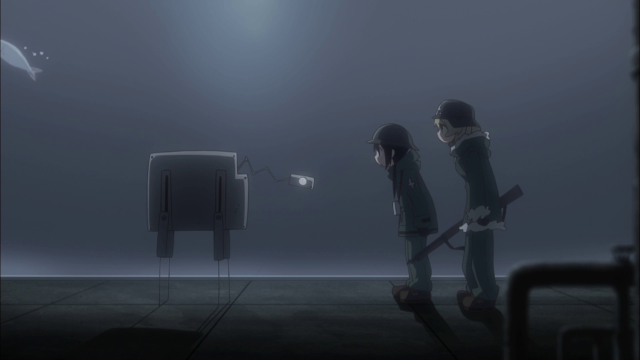 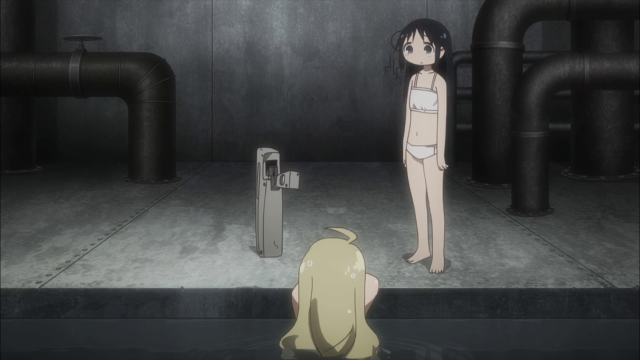 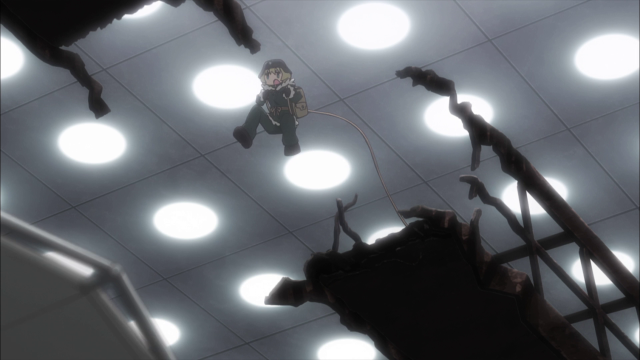 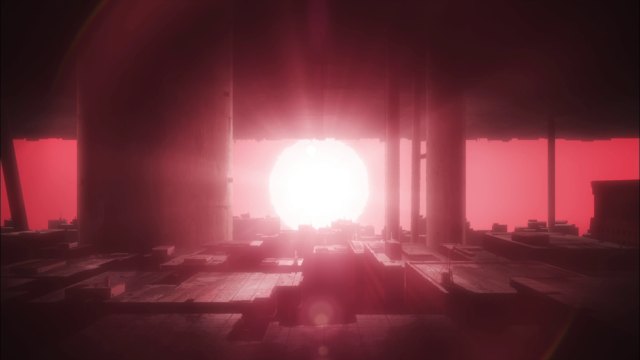 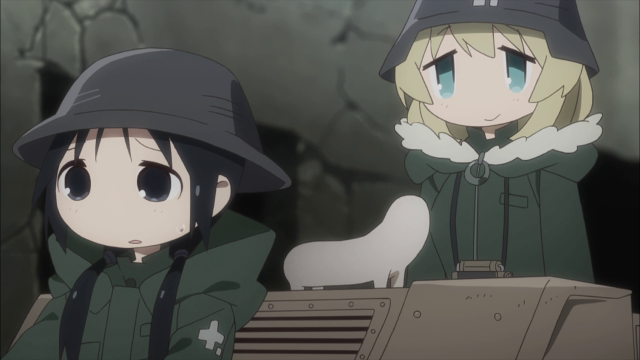 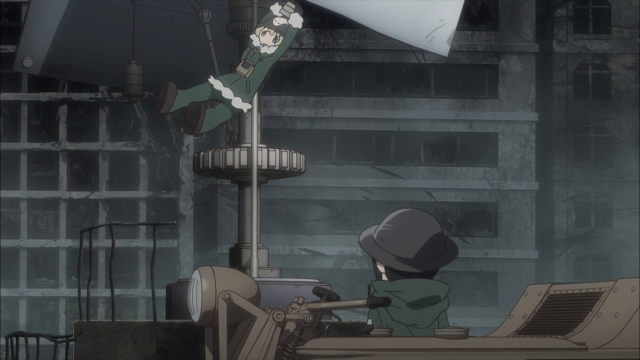 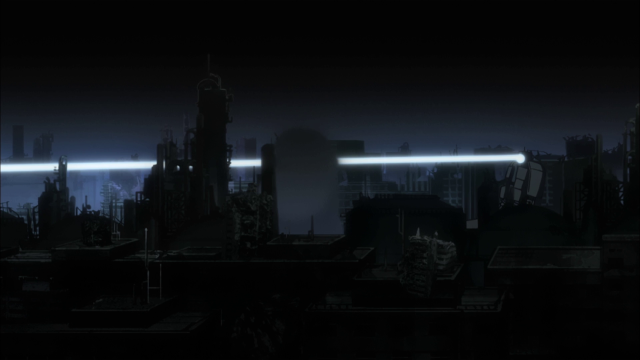 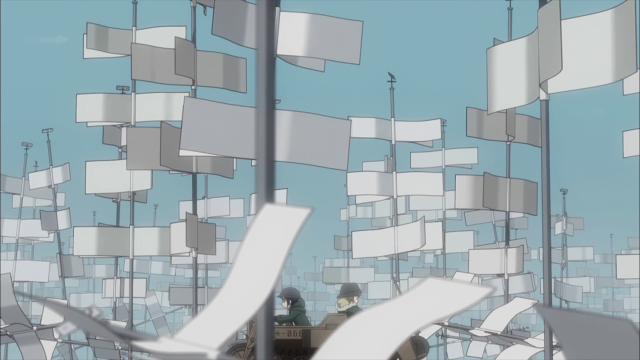 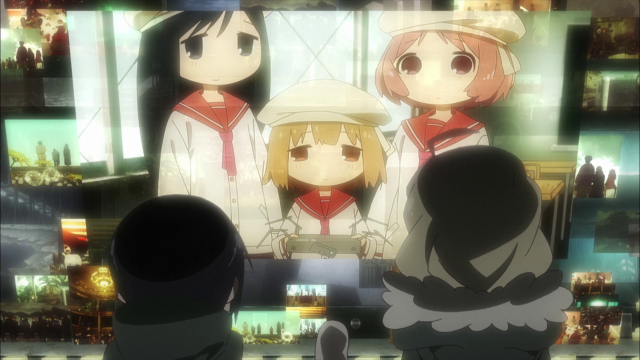 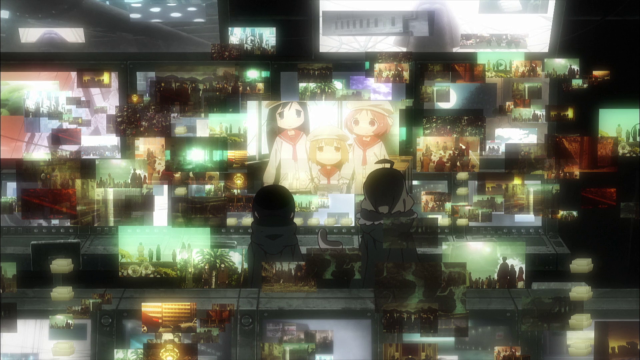 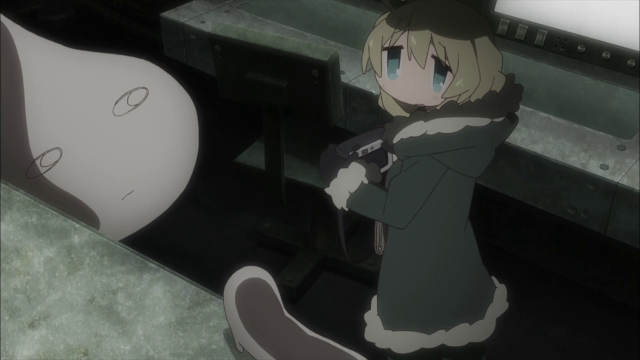 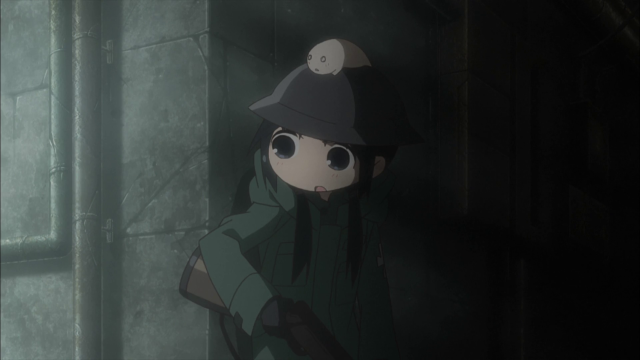 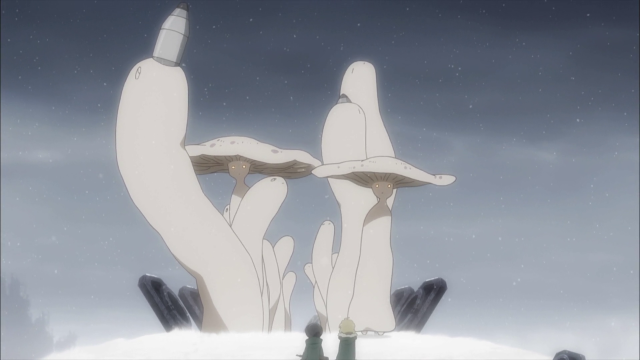 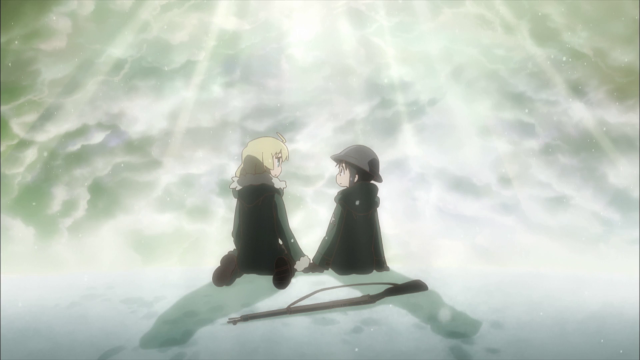 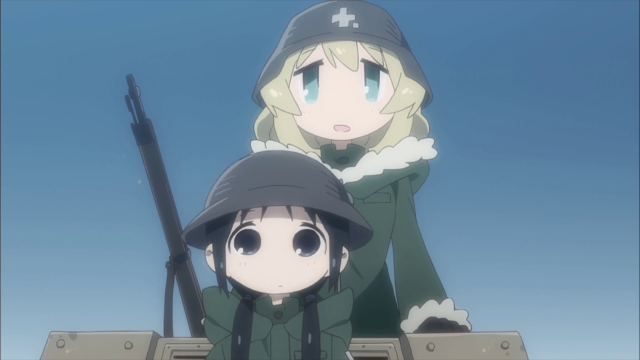 Overall, Girls’ Last Tour proved to be an unexpected surprise; its simplicity belies an incredibly detailed and insightful perspective on human nature. The anime adaptation capitalises on the additional immersion that audio and motion confer to create a masterpiece of a work that genuinely captures the messages that Tsukumizu wished to present through the manga. It’s therefore unsurprising that my final verdict on Girls’ Last Tour will be a strong recommendation. Quite simply, the anime exceeded expectations: its striking balance between normalcy (evident in the antics of Chito and Yuuri) and insightfulness creates a distinct atmosphere that encourages introspection. Further to this, exceptional attention paid to the details in their world add an additional sense of immersion that captivates the viewers, and the slower pacing in Girls’ Last Tour, while possibly seen as a weakness by some, further serves to remind viewers to approach things with a much more relaxed, methodical mindset. It’s a complete change of pace from the world itself, where folks with a career might consider their existence to be akin to that of a rat race: repetitive, exhausting and unfulfilling. In a world where progress and efficiency are valued, Girls’ Last Tour illustrates that our learning and progress could stand to come at a more natural pace, as Yuuri and Chito do so. Relaxing and thought-provoking, Girls’ Last Tour presents an optimistic view of humanity, reminding its audiences that there isn’t anything intrinsically wrong with taking things at a slower pace to gain more from a moment than we are presently wont to doing.