5 Comments Posted by infinitezenith on January 6, 2018

“Walking with a friend in the dark is better than walking alone in the light.” —Helen Keller

On her first day of high school, Hana Ichinose timidly introduces herself to her new classmates. When her instructor, Kiyose Enami, mentions that this first day of classes also happens to be Hana’s birthday, three of the other girls that Hana had spotted earlier, Eiko Tokura, Kamuri Sengoku and Tamate Momochi, wish her a happy birthday and gift her some ema. They later take the initiative to speak with her and bring her out to gaze at the blooming sakura blossoms near the train station; on the way there, Hana learns more about Tamate and Kamuri’s names. Later that evening, Shion is pleased to learn that Hana’s made new friends, and the next day, Hana properly introduces herself to her newfound friends. While the first episode did not mention thus, Hana had missed her entrance exams the previous year on account of being afflicted with mumps, and so, is a year older than those around her. Being separated from her peers, Hana feels a bit out of place and envies those who know others in her year, but after the first day, she finds herself in friendly company. Slow Start was originally a four panel manga from Manga Time Kirara, and as its brethren in this magazine, possesses the same sort of atmosphere and premise; there’s nothing novel or stand-out in Slow Start, but in this case, simplicity is Slow Start‘s greatest draw right now. While the manga began running in 2013, I’ve not had a chance to read it, and so, going into Slow Start this season, I’ll be entering without a priori knowledge.

Befitting of its name, Slow Start is slow to start, placing a particular emphasis on the minute details and happenings that precipitate a new friendship. From the moment that Hana enters school, her attention is caught by the same three individuals who are the most quick to befriend her: this fateful meeting sets in motion the beginnings of a companionship that will be endearing to behold. Out of the gates, Slow Start possesses the same atmosphere as GochiUsa, conveying a sense of calming that I’ve greatly come to value in shows that I watch. The characters immediately feel familiar despite their novel characteristics: the quiet Hana occupies the protagonist’s role and, despite playing the same role as Cocoa, also exhibits Miho Nishizumi’s shyness. The two share circumstances, and both girls are approached by fellow classmates who will grow to become close friends. As Hana Isuzu and Saori Takebi do for Miho in Girls und Panzer, Eiko and Kamuri do the same for Hana in Slow Start. The role of Yukari Akiyama is then fulfilled by Tamate, who is similarly energetic. Familiar characters mean that the anime immediately feels inviting; moving ahead, one wonders when Hana’s background will be made known to the others. Until then, Slow Start does not appear to have too many surprises in store for viewers: standard-issue high school activities and adventures will likely follow Hana and her friends as we move further into the season. 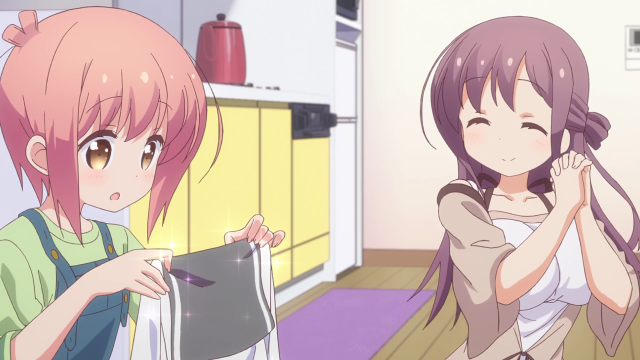 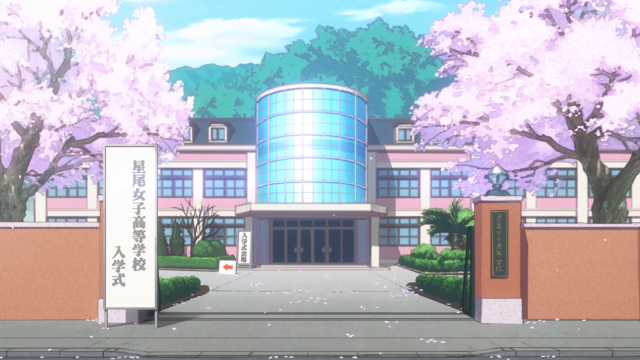 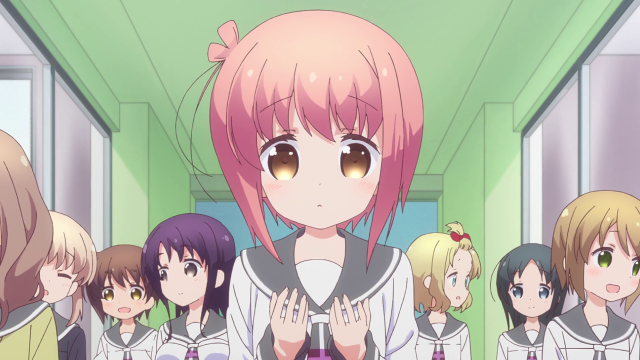 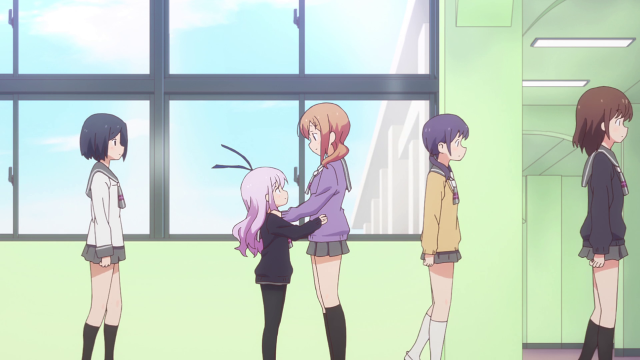 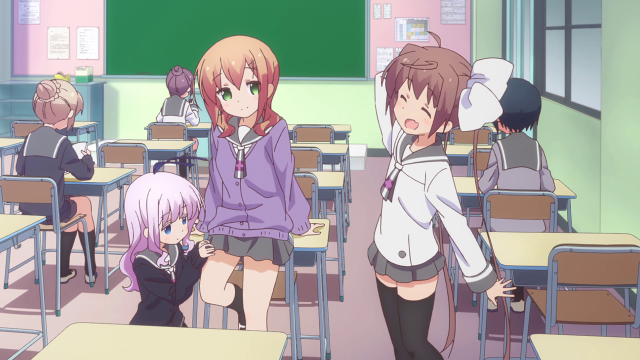 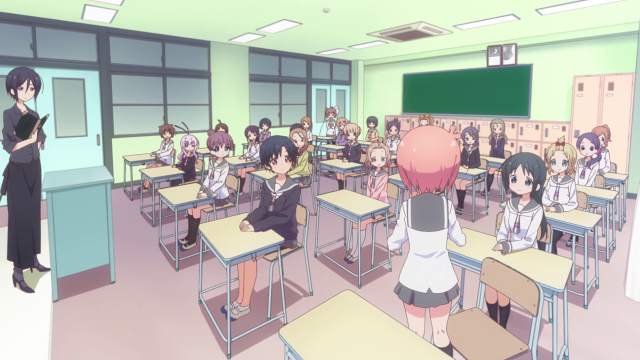 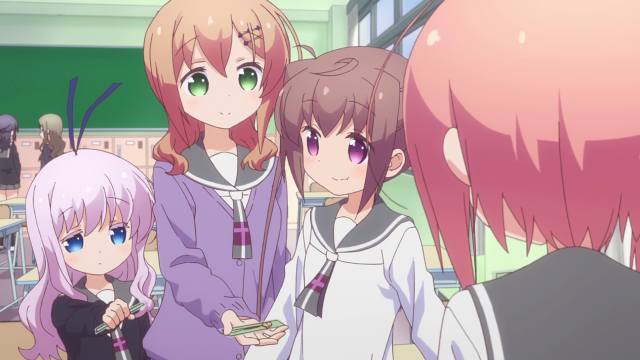 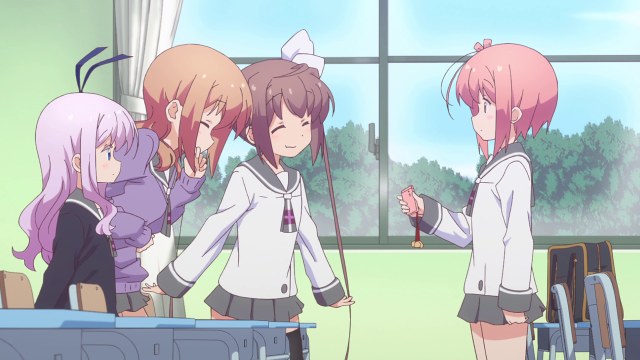 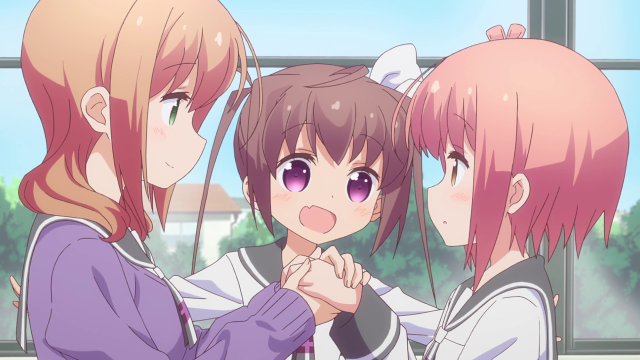 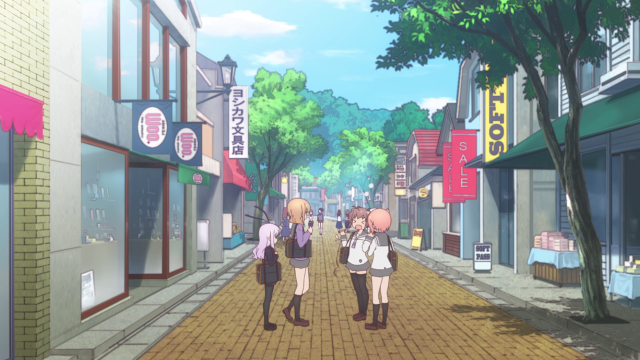 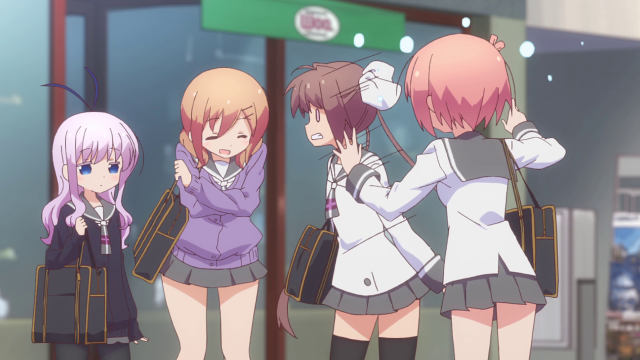 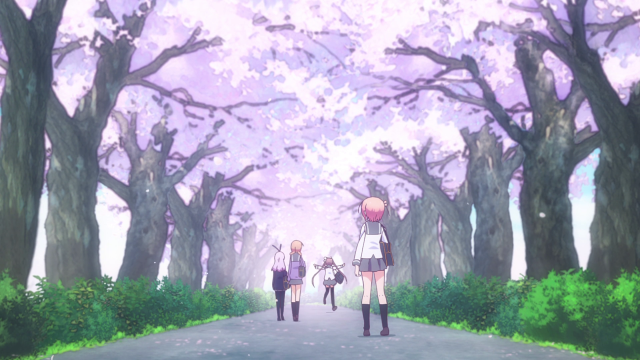 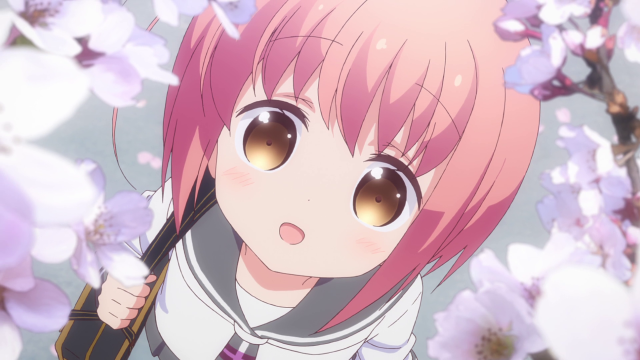 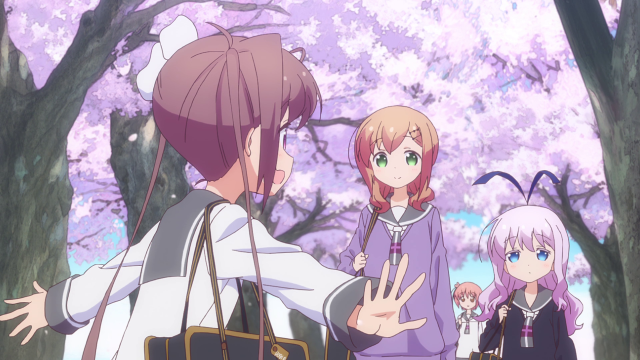 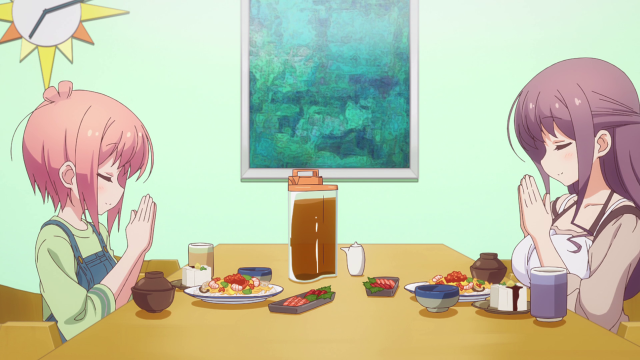 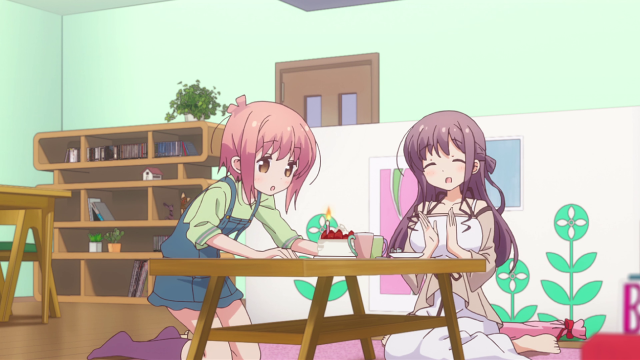 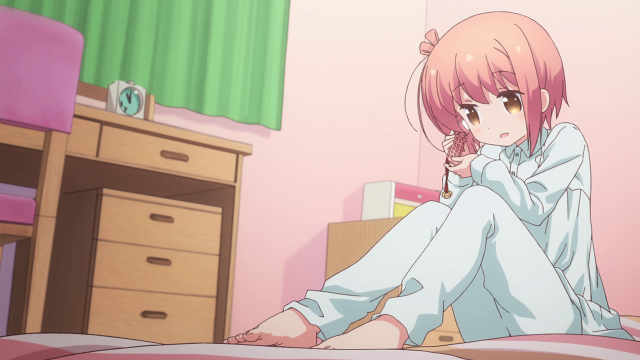 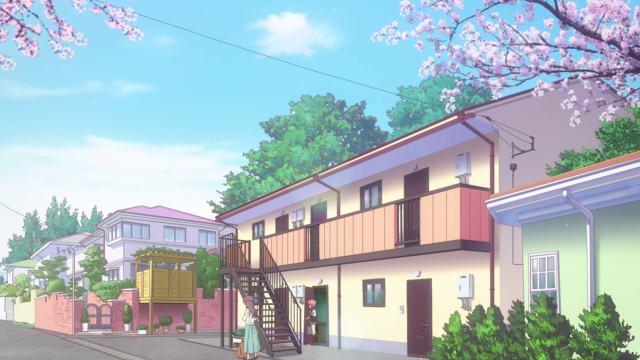 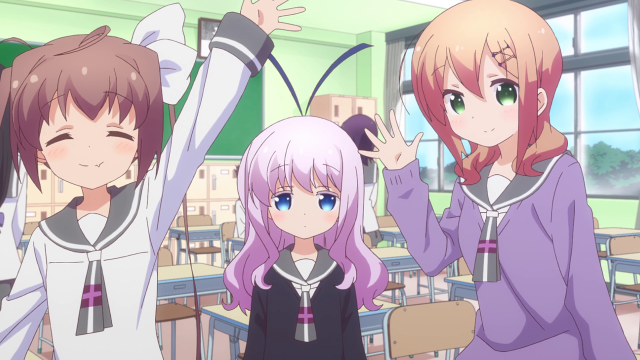 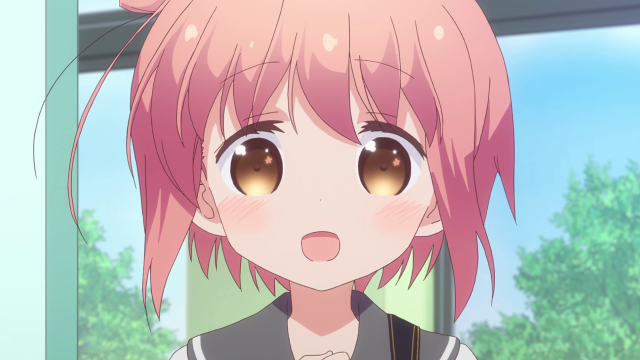 The slower pacing and content of Slow Start means that I’m unlikely to write about this series at a higher frequency, although this isn’t to say that Slow Start is lacking in any way: in fact, I found the first episode of Slow Start immensely enjoyable. However, with this being said, even with my proficiency with English, there is an upper limit to how many variations of “this is adorable” one can say before it becomes stale. I imagine that the heartwarming moments of Slow Start will continue with its current frequency, making Slow Start another excellent show for folks seeking to relax in this upcoming season; the anime itself is visually appealing, with simple, clean environments and expressive characters that contribute to the lively atmosphere in Slow Start. Folks who’ve enjoyed GochiUsa and Kiniro Mosaic will be right at home with Slow Start, and while I might not be doing a large number of posts for Slow Start, readers can reasonably expect me to drop back in at the halfway point and once more at the finale, where I can offer more comprehensive thoughts on the anime once additional episodes have been aired and gain a better insight as to what’s really going down in Slow Start.