10 Comments Posted by infinitezenith on January 9, 2018

“Alright, magic: a little steel wool, a battery, and we got fire.” –Les Stroud

During a cold autumn’s day, Rin Shima bikes to Koan Campground on the shores of Lake Motosu, where she encounters a girl sleeping on a bench in front of a public washroom. Feeling this individual might get a cold, Rin pushes the girl out of her mind and turns her attention to setting up camp, from pitching her tent to preparing all of her cooking gear. With the beautiful view in front of her, Rin feels that there is no better time than the off-season to go camping, when she can have the entire site to herself. As the chilly autumn winds pick up, Rin relents and builds a campfire, collecting both kindling and firewood to maintain her fire. Evening sets in, and Rin encounters the girls who had been sleeping earlier. After a chase results from a misunderstanding, the girl introduces herself to Rin, who shares with her some instant noodles. It turns out that the girl had gotten lost while biking, and with Rin’s help, manages to get in touch with her sister, who picks her up. Before she departs, she leaves with Rin her phone number and name: Nadeshiko Kagamihara. When classes resume, Nadeshiko makes her way to her new school, which happens to be the same one that Rin is attending. Slice-of-life anime can present seemingly ordinary activities in an extraordinary fashion, and for this season, Yuru Camp△ is doing so with camping: the first episode introduces veteran camper Rin, whose shown to be no stranger to setting up equipment and enjoying the sights of Mount Fuji. Accustomed to camping alone, her chance meeting with Nadeshiko sets in motion things that will eventually lead her to meet new friends with which to share in adventures into some of the most beautiful parts of the Japanese countryside.

I remark partially in jest that Yuru Camp△ is merely an anime version of Les Stroud’s Survivorman featuring high school girls in place of a Canadian survival expert and outdoorsman; the contents of Yuru Camp△ indicate that the anime’s main theme will be friendship and how adventures shared are more memorable than those undertaken alone. However, there is some truth in calling Yuru Camp△ “Survivorman The Anime” – the first episode goes to considerable lengths to showcase some of the smaller details that Rin is familiar with in camping. From her setting up shelter while it’s still light out, to the process of gathering both forest duff and firewood for her campfire, the writers have evidently done their homework on the basics of the outdoors. The anime also takes the pain of explaining to audiences Rin’s actions to familiarise them with camping essentials: Rin’s collection of a dry, easy-to-ignite agent to warm up the fire and careful stoking of the fire to ensure that she doesn’t accidentally blow it out are consistent with what outdoorsman guides recommend. In getting the details right, Yuru Camp△ does indeed feel like Survivorman, where Les Stroud explains his actions in a survival situation, and while Yuru Camp△ is unlikely to put the girls in a situation where they must survive for seven days without a consistent supply of food and water, the first episode does set the precedence for what audiences could expect from Yuru Camp△ – a combination of heartwarming moments between a group of friends, and what might be considered an introduction to the fundamentals of camping. 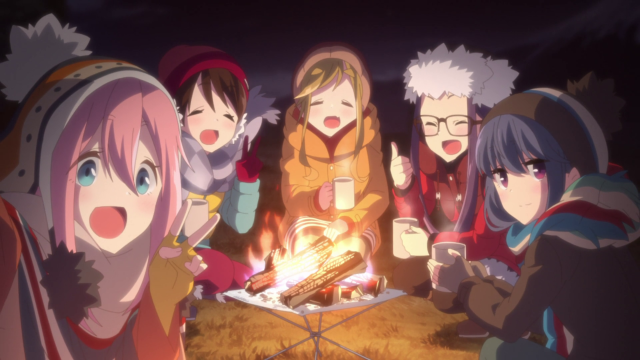 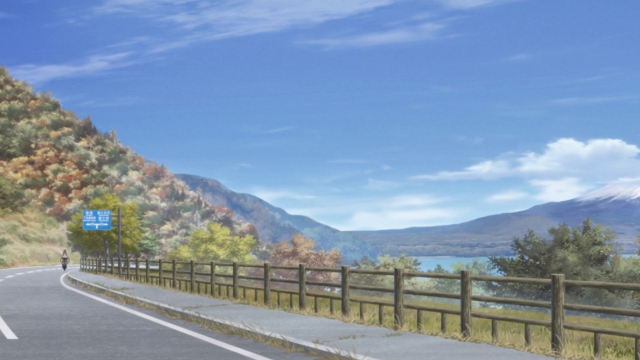 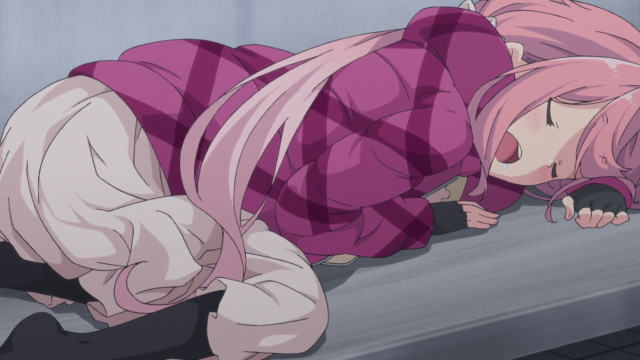 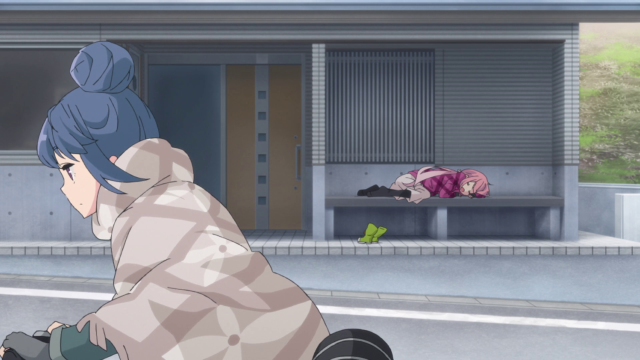 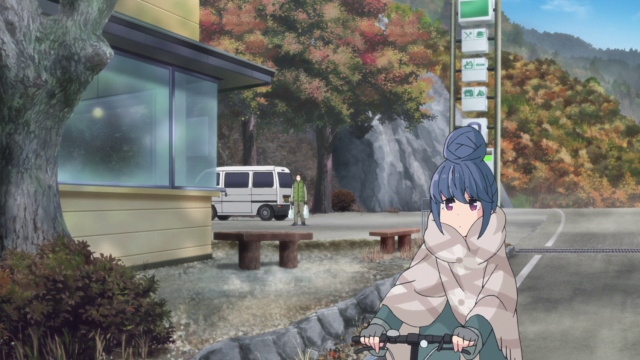 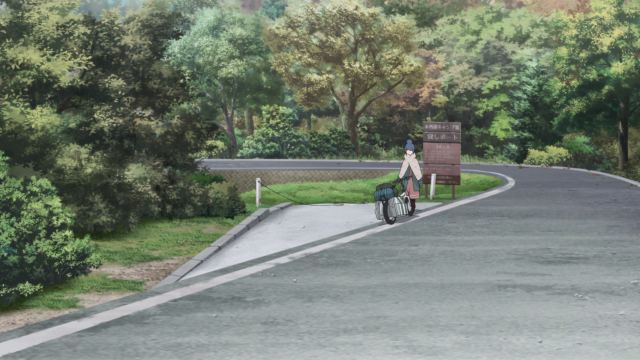 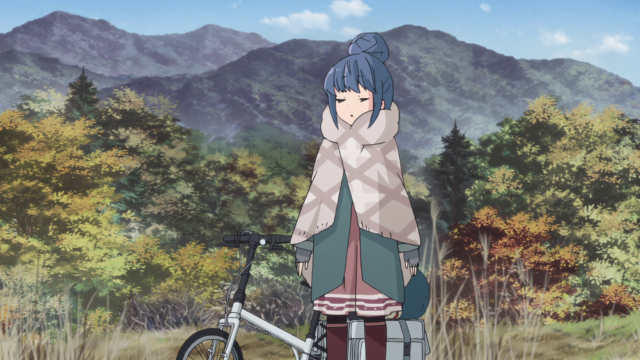 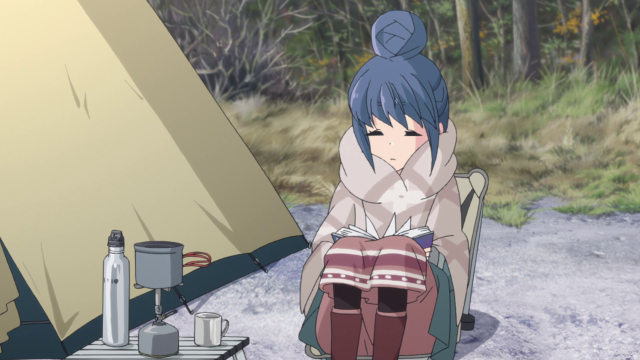 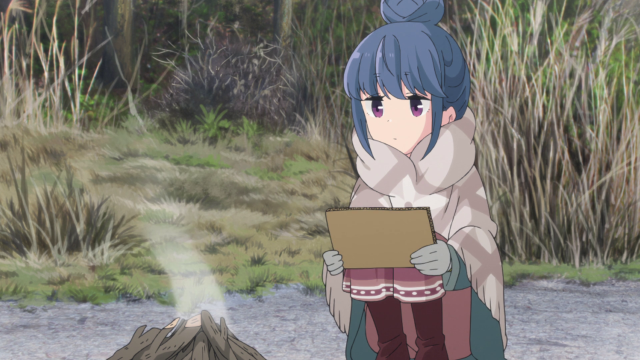 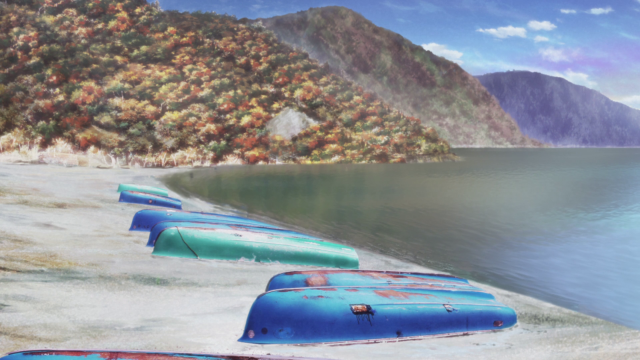 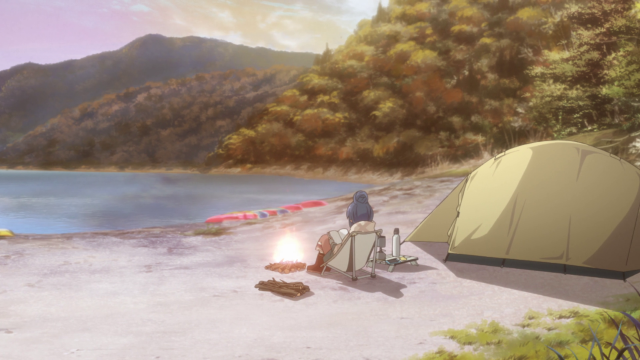 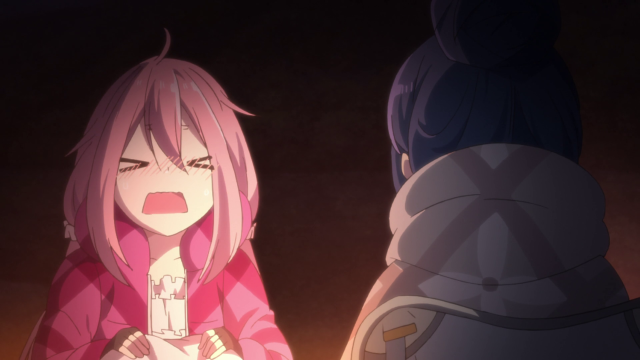 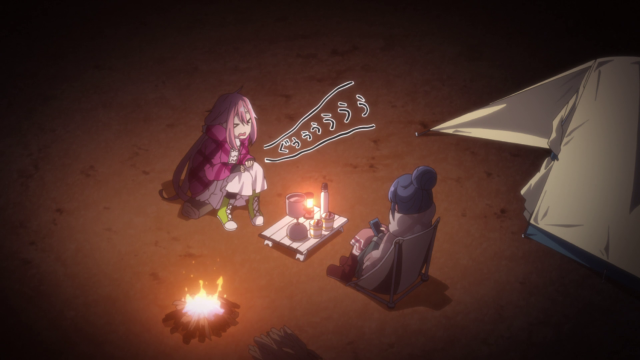 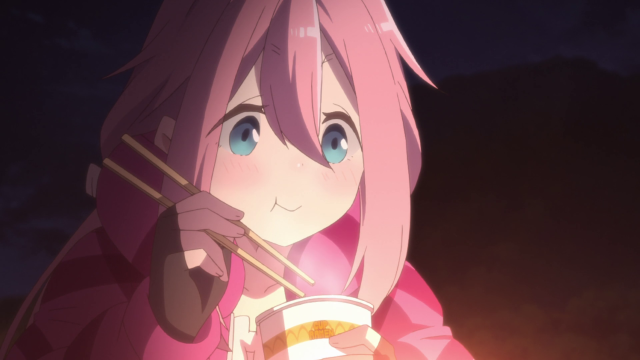 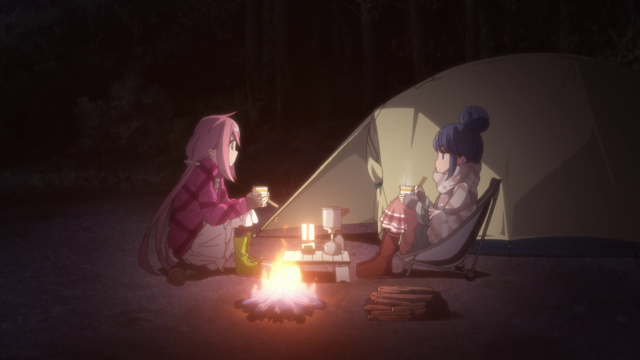 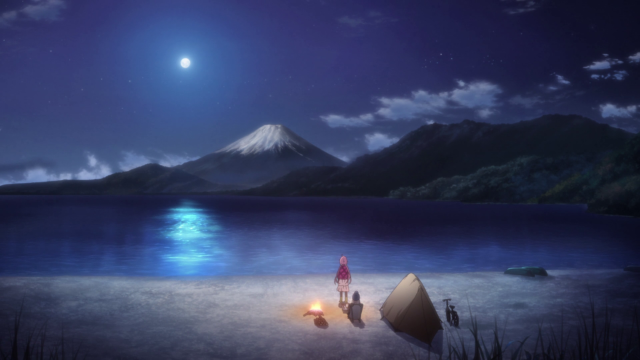 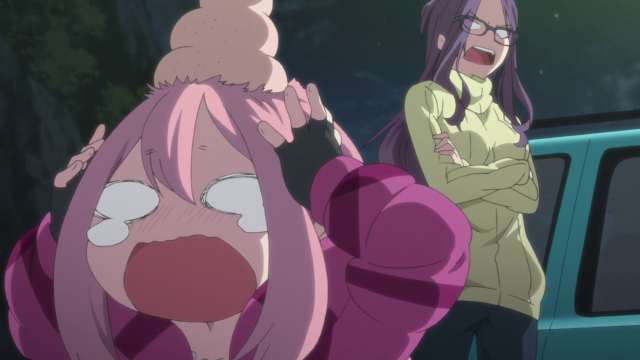 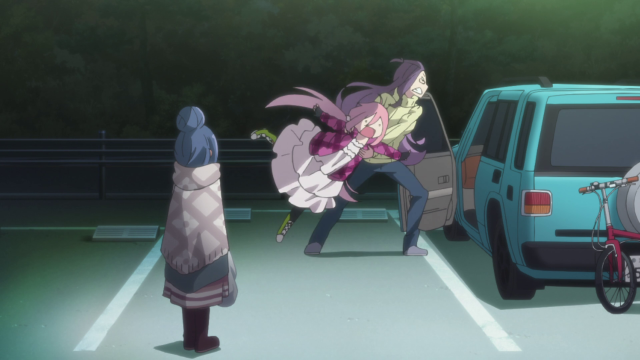 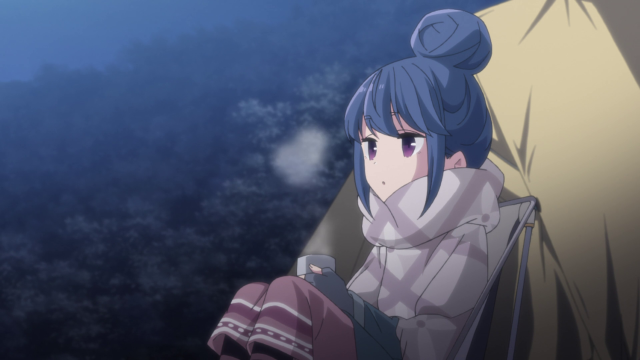 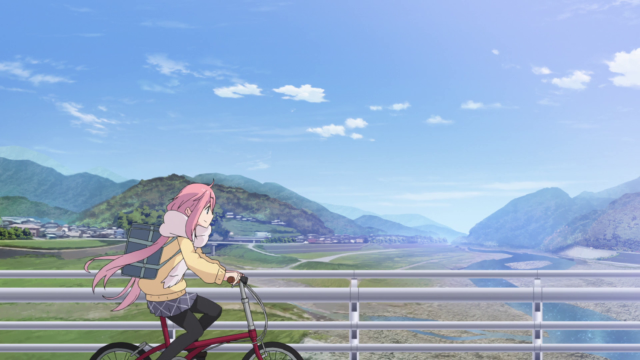 The meeting between Rin and Nadeshiko ended up being a riot to watch: despite her quiet nature, Rin is a caring individual. By comparison, Nadeshiko feels to be a bit of a klutz, which suggests that she could be Yuru Camp△‘s main protagonist (this seems to be the trend for a non-trivial number of manga run in Manga Time Kirara). Taken in conjunction with Yuru Camp△‘s focus on details of camping, loving portrayal of the scenery surrounding Mount Fuji and a fitting soundtrack that captures the splendour in nature, Yuru Camp△ is this season’s anime for catharsis. Similar to Slow Start, this season’s other Manga Time Kirara adaptation, things in Yuru Camp△ are taken very slowly, encouraging viewers to take in all of the small elements that are present while Rin is camping. Such anime are not everyone’s cup of tea, but considering the speed of the world that I live in, casual, carefree anime represent the suitable form of relaxation that I’m certain I’ll need as this year progresses. Unlike Slow Start, however, the topic of camping and outdoors activities in Yuru Camp△ is conducive towards some interesting discussion, and as such, I will be writing a bit more frequently for Yuru Camp△: it’s not every day that we have what is essentially Survivorman The Anime, and as I greatly enjoyed watching Survivorman, it’ll be curious to see what sort of parallels exist between the two.