2 Comments Posted by infinitezenith on February 1, 2018

“Nothing in the universe can stop you from letting go and starting over.” –Guy Finley

Hana recalls how she got sick on the eve of entrance exams, forcing her to miss them while she recovered. In the aftermath, Hana was devastated and fell into a depression. Her mother suggests that she move in with her cousin, Shion, and she spent the year studying to ensure a place in her new high school, as well as to pass the time. Back in the present, Hana struggles through her physical examinations, tiring quickly and suffering from acute muscle soreness as a result of having not partaken in any physical exercise for a year. Her friends show her an ice cream machine on school grounds to take her mind off things. When Golden Week arrives, Eiko and Karumi vote on spending their break studying. Hana goes for a run with Shion to bolster her stamina and prepares for her parents’ arrival. When they arrive, they are relieved to learn that she is doing well; pleased that she’s made friends, they help her make some crafts to liven up her decidedly spartan living quarters. Later, Hana’s friends visit her and throw her a proper birthday party with cake. Hana becomes aware of her age difference with Karumi, Eiko and Tamate and breaks into tears during the party, but pulls herself together. It turns out that it’s also close to Tamate’s birthday, so the girls have a joint celebration. As the day draws to a close, Hana finds a birthday gift from her parents.

For the newcomers, the three episode mark is where I decide whether or not to continue with a particular show, and Slow Start has done a fantastic job of maintaining my interest after three episodes. At this point in time, the largest conflict within Slow Start is Hana’s reluctance to let her newfound friends know of her situation: she worries that the revelation will alter the dynamics she shares with Eiko, Karumi and Tamate, especially with regard to creating an awkward senpai–kouhai dynamic that is not so easily reconciled. While not of a concern in the Western world, the hierarchy formed by this system is deeply ingrained in Japanese culture, where the juniors are expected to express proper respect towards their seniors and not cause them to lose face, while seniors are expected to instruct their juniors and pass on knowledge. In short, it’s a non-trivial matter, and Hana’s constantly struggling with being truthful in the light of changing their current friendship, which has a flat hierarchy on account of everyone (ostensibly) being of the same age: having missed out on a year, Hana longs for nothing more than being able to spend time with her peers and experience high school as per her expectations. Having found friends now, Hana is thus unwilling to risk this, but at the same time, finds herself unable to fully open up to her friends, leaving moments that feel unnatural. As such, one of the challenges that Slow Start faces moving forwards will be how to create a heartwarming story of acceptance without discarding the Japanese values within its thematic elements: as a Western viewer, it might be easy to disregard the senpai–kouhai dynamic, but considering its weight in Japanese culture, it should be clear that Slow Start cannot remove this factor from its story. 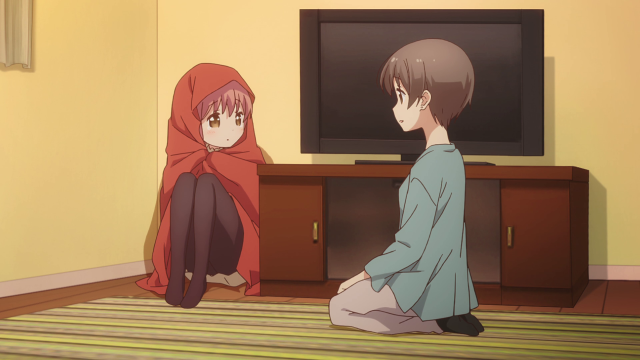 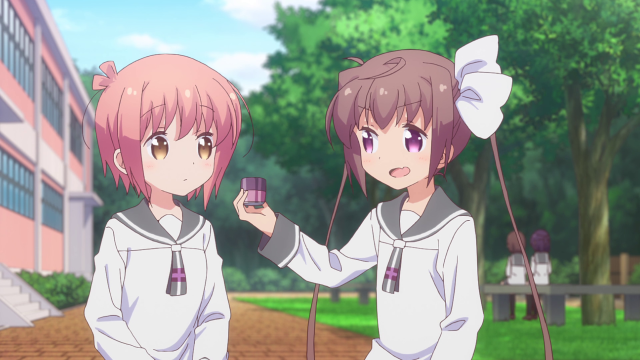 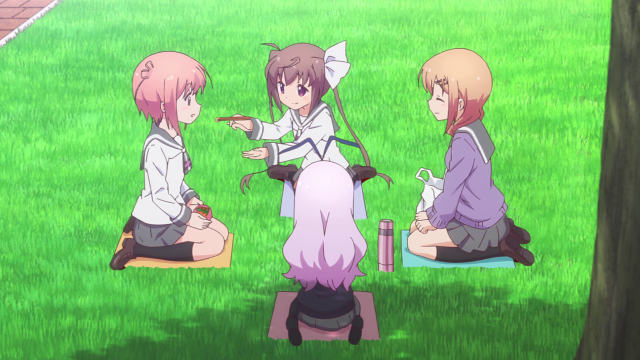 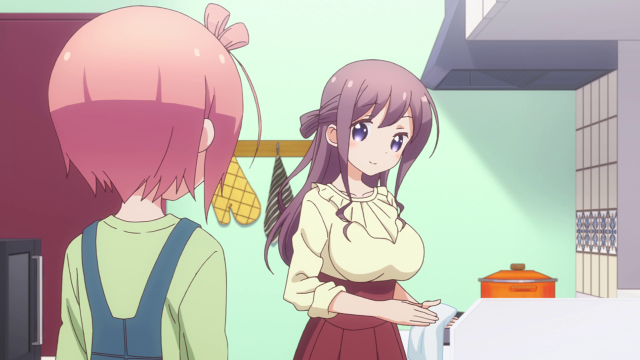 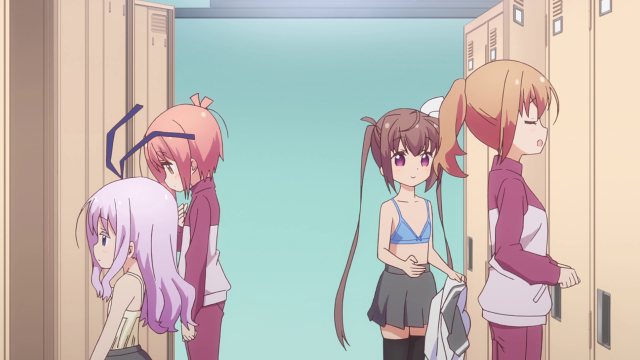 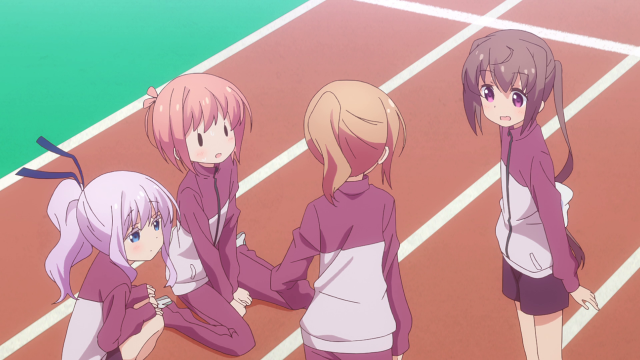 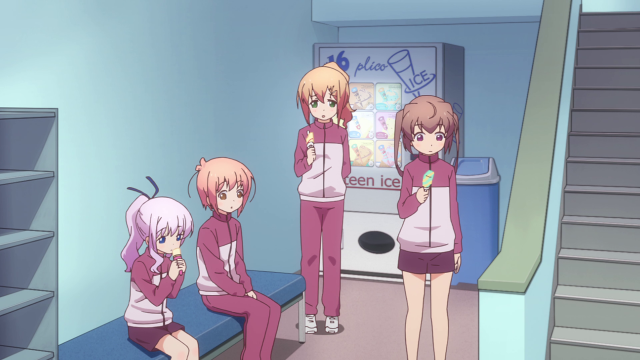 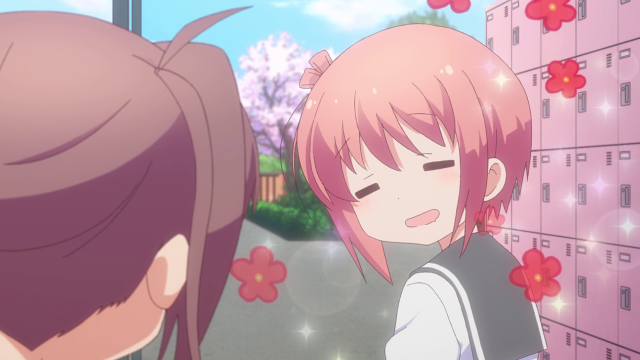 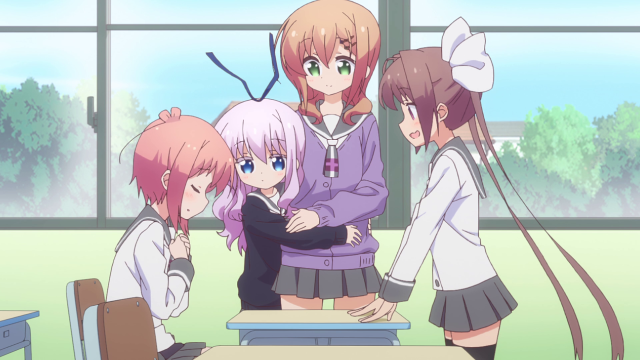 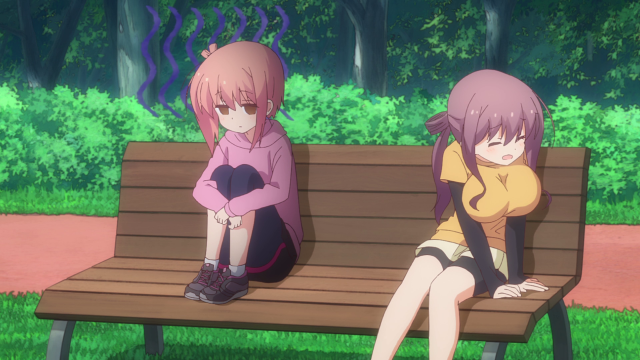 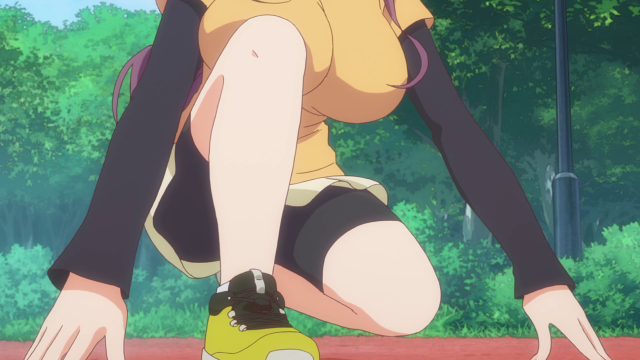 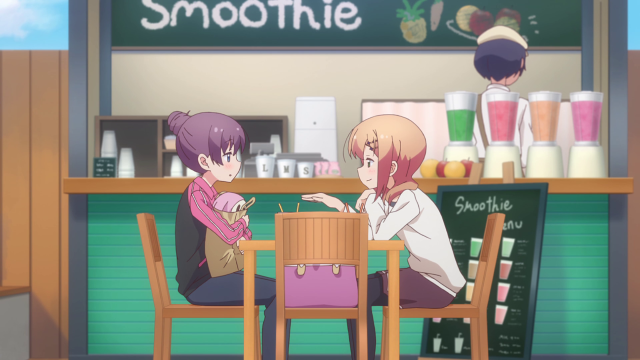 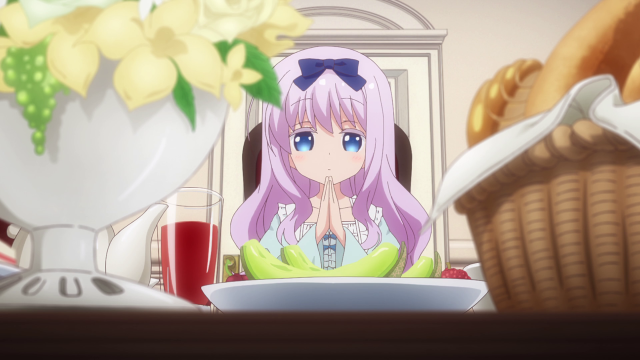 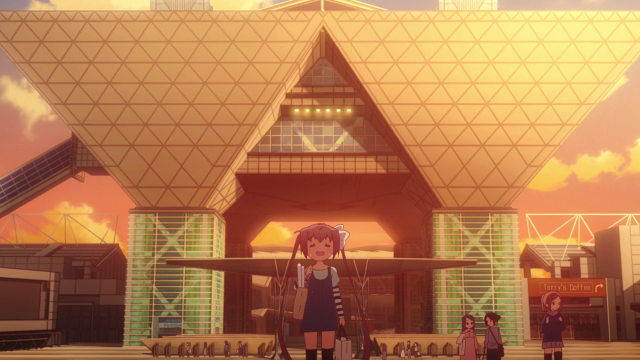 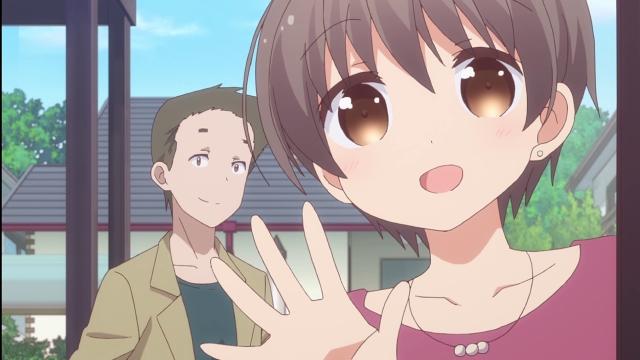 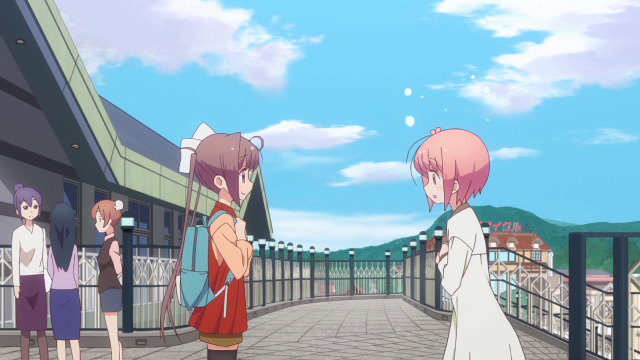 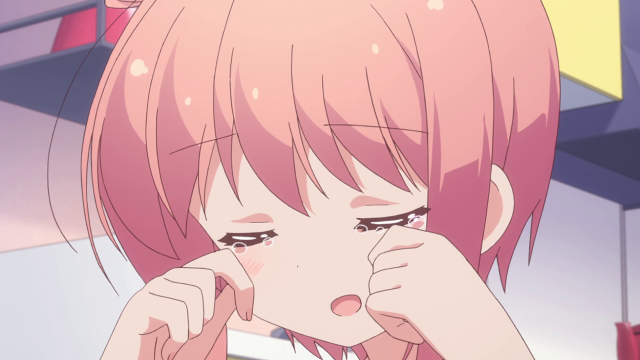 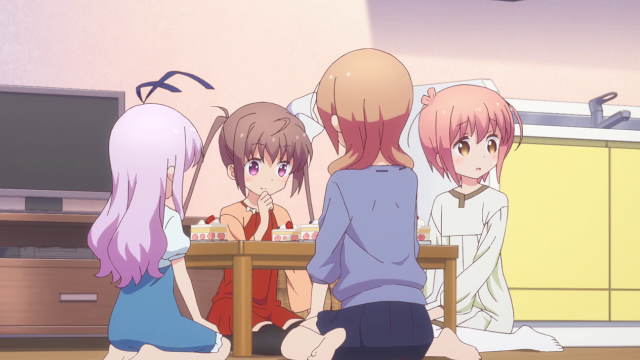 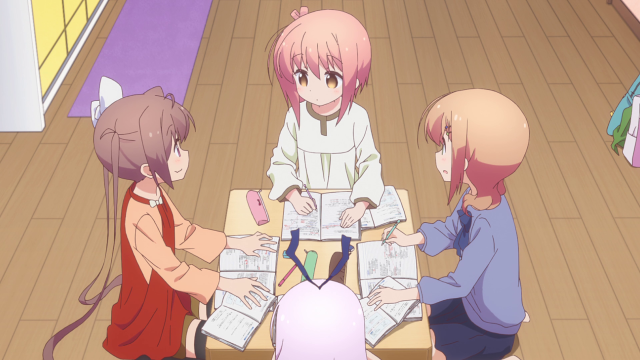 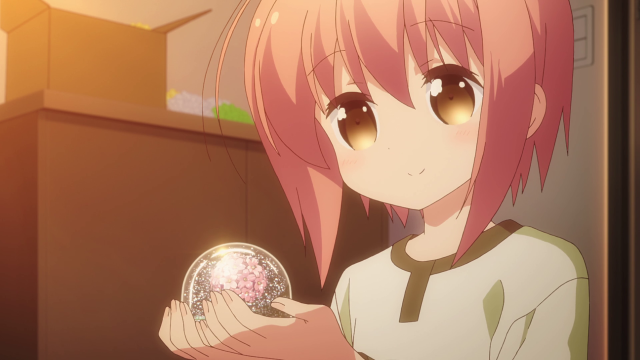 With the challenge of balancing a meaningful message without disregarding Japanese values, Slow Start has more to offer audiences than merely antics surrounding high school girls in their everyday lives: it provides a (albeit highly watered-down) bit of insight into the way Japanese society is structured and the implications this has on the well-being of people who find themselves stepping away from the rigidly-choreographed path in life they’re typically expected to follow. By comparison, things in the West seem to be much more lax, and individuals who miss a year can still recover should they put in the requisite effort – consider that I took a year off to do open studies between my Bachelor’s and Master’s degree. That particular detour was the consequence of my aim to decide once and for all whether I wished to write software or become a medical doctor, and during this time, I blended into classes without standing out, even if I did feel a little out of place amongst the students. Returning to Slow Start, while the series is not expected to undergo any major shifts in mood and should continue on presenting Hana and her friends’ time as high school students in an adorable manner, I am curious to see just what sort of path awaits Hana as Slow Start progresses. The clean, simple artwork and smooth animation make the anime a visual treat to watch: nowhere nearly as detailed as Violet Evergarden or distinct in design as A Place Further Than the Universe, Slow Start nonetheless comes across as having a solid execution that makes the episodes something that I look forward to each week.

2 responses to “​Slow Start: Review and Reflections After Three”