Terrible Anime Challenge: Sansha San’yō and The Making of Magic From The Ordinary

Yōko Nishikawa hails from a once well-to-do family whose fortunes fell when her father’s businesses succumbed to bankruptcy, leading her to live a frugal lifestyle. While eating lunch on her own, she encounters Futaba Odagiri and Teru Hayama, two of her classmates: Futaba has become lost while trying a shortcut, and Teru was pursuing a cat. This happenstance meeting allow the three individuals, unrelated in all manners save their sharing the kanji for ‘leaf’ in their names, to become friends, and over the course of Sansha San’yō (Three Leaves, Three Colours, or Tripartide Trefoil), Yōko, Futaba and Teru share in many misadventures with one another. From the rivalry between Teru and Serina Nishiyama, to the various antics of Yōko’s former staff (such as Sonobe Shino and Mitsugu Yamaji), the main cast’s interactions with an array of secondary characters to give the Sansha San’yō world a more colourful, lively feel; as the seasons pass by, Yōko comes to deeply appreciate her friendship with Teru and Futaba, accepting their eccentricities as she shares with them everyday life at school, working at a confectionary shop that Sonobe owns, relaxing during the summer and taking in the festivities of the Christmas season. Conveying the notion that friendships transcend creed and socio-economic status, Sansha San’yō‘s unusual set of characters come together to create a surprisingly enjoyable and amusing story that entertains audiences by creating the ridiculous out of the ordinary.

When placed with the likes of Flying Witch, Hai-Furi and Kuromukuro, the Spring 2016 season proved to be a very busy one, compounded by the fact that I was gearing up to finish my graduate thesis and attend two conferences to present my research. Anime like Anne Happy and Sansha San’yō, which prima facie look to be shows that might capture my interest, were quickly placed on the backburner. While Anne Happy proved somewhat disappointing, Sansha San’yō ended up being unexpectedly fun to watch. What is more unexpected about Sansha San’yō is the fact that its original manga run began in February 2003 – while the anime adaptation modernises the look and feel for each of the characters, the fact that Sansha San’yō dates back some fifteen years means that its brand of humour and characterisation is different than what might be seen from more modern 4-koma series. Each of Yōko, Teru and Futaba have distinct attributes that make them memorable; none of the characters conform to the archetypes that anime such as K-On! have set the groundwork for, and consequently, watching highly unique characters bounce off one another creates comedy that is refreshing to watch. The age of Sansha San’yō‘s source material makes it stand out from other 4-koma series (especially Anne Happy, which it aired alongside), and more impressively, the conversations and jokes in Sansha San’yō have withstood the test of time. Whether it be Yōko’s fall from grace and yearning to return to her old life, Futaba’s insatiable love for food or Teru’s haraguroi personality, the elements seen in Sansha San’yō are quite timeless and remain entertaining even after fifteen years. 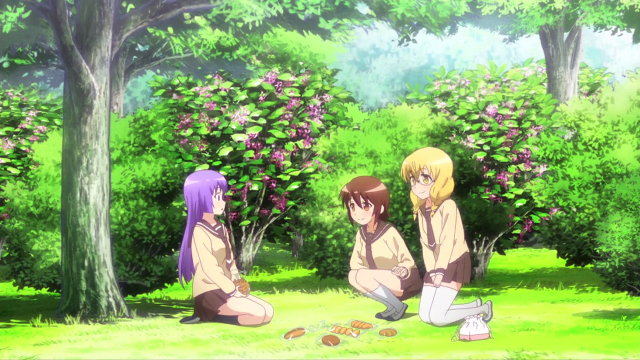 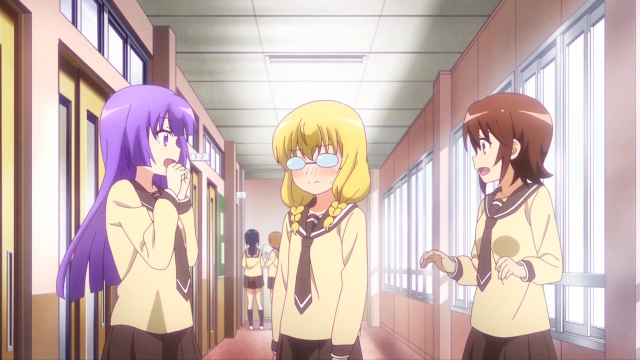 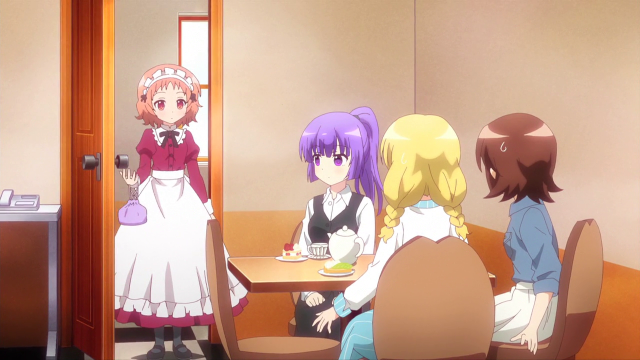 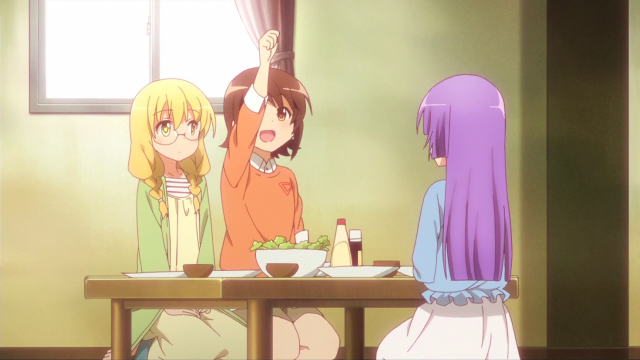 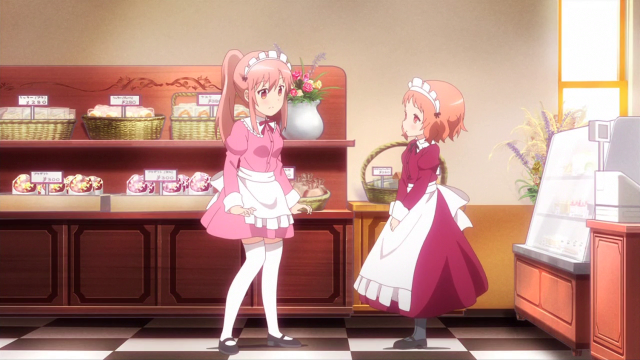 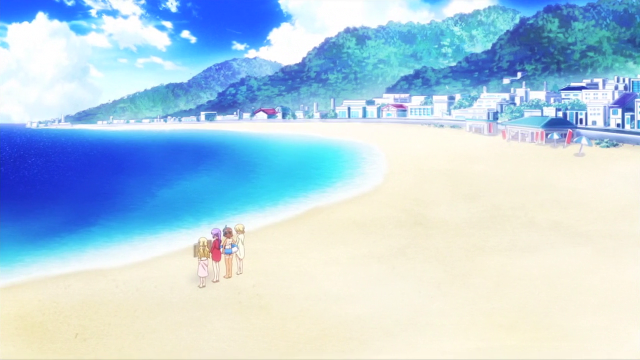 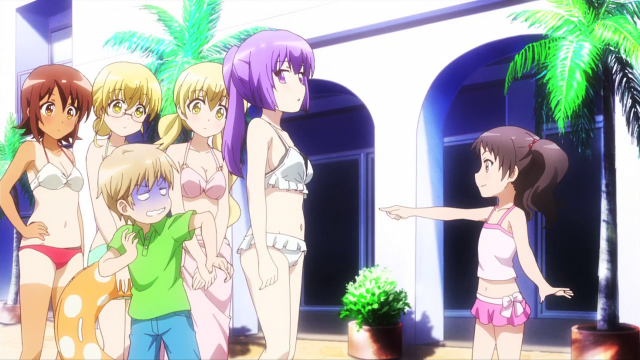 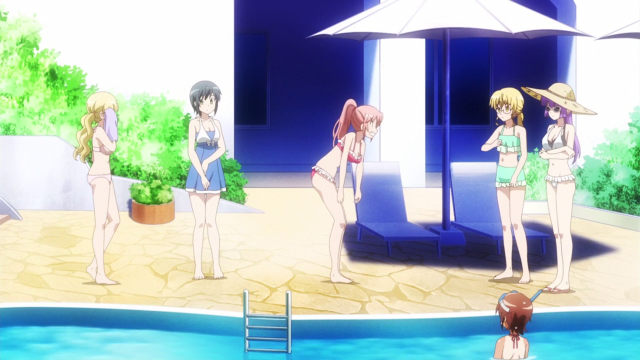 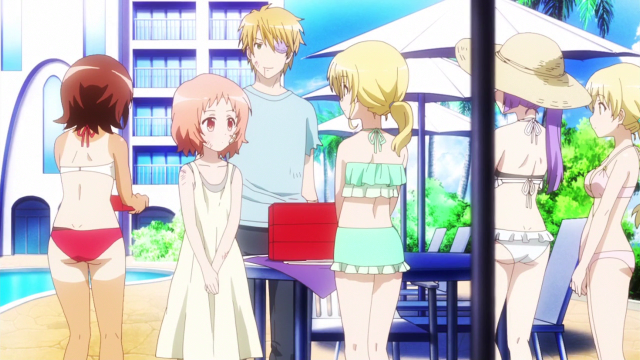 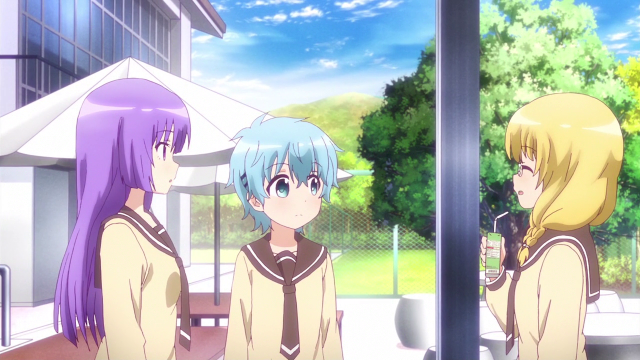 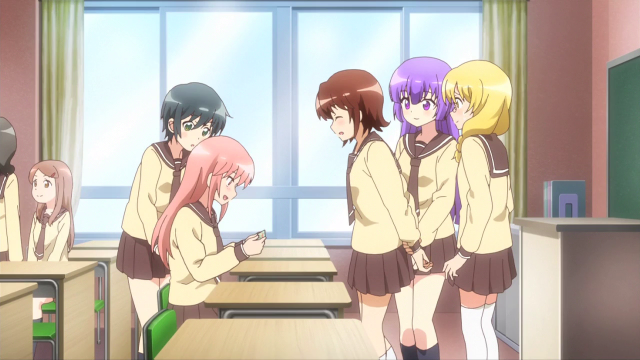 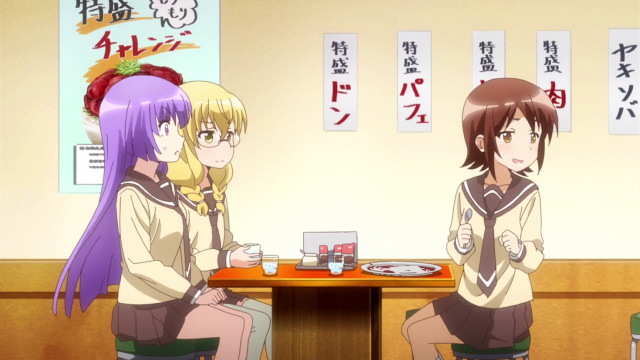 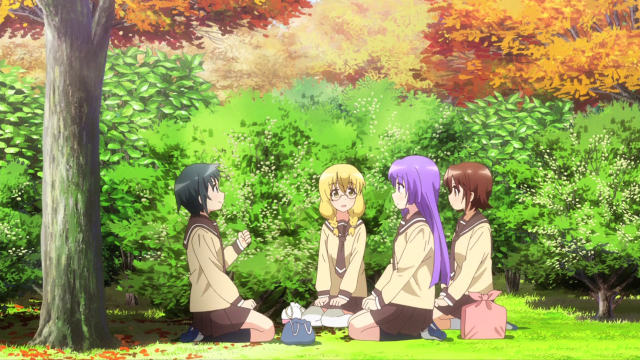 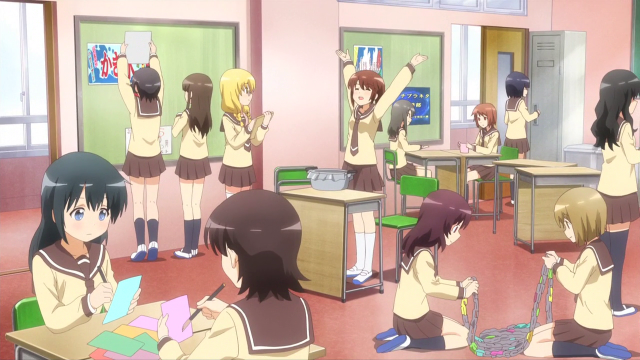 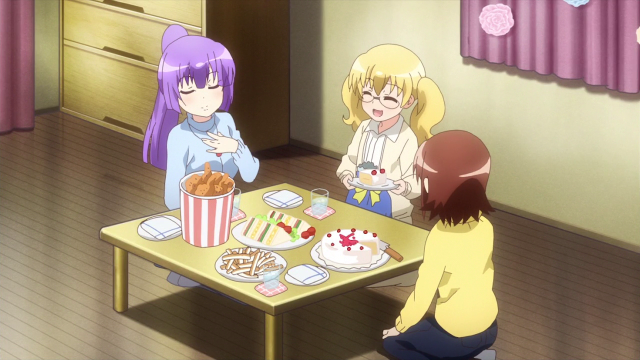 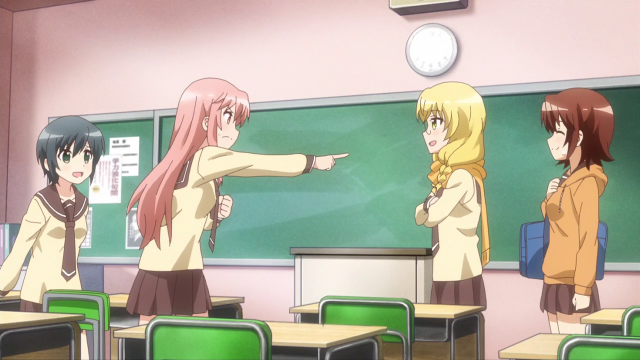 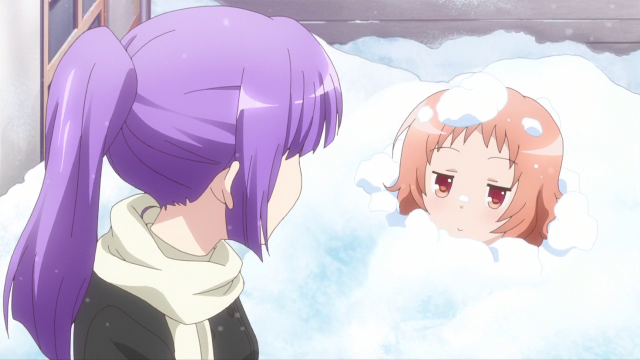 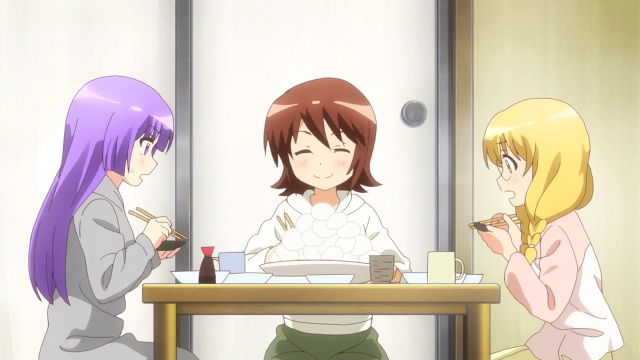 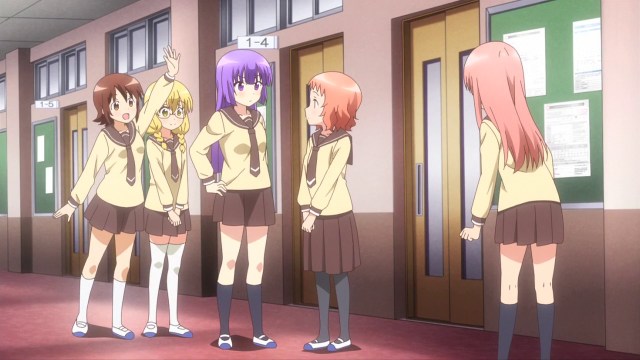 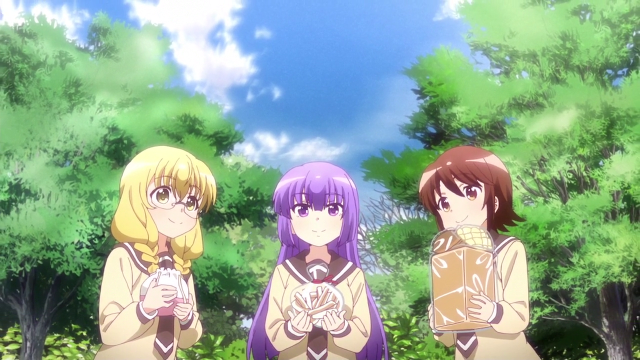 Unlike Anne Happy, which I would not recommend to viewers, my verdict on Sansha San’yō is quite different: this one is worth watching for the fact that the characters are distinct both within the context of Sansha San’yō, as well as when compared against newer 4-koma adaptations. While being quite conventional as far as thematic elements go, the main draw in Sansha San’yō are the characters and each of their unique personalities – unlike any modern archetypes, they are quite novel, setting Sansha San’yō apart from similar anime. From a technical perspective, Sansha San’yō is also respectable; with satisfactory animation, artwork and sound, it is nice to see an older manga given a modernised adaptation. While enjoyable for what it is, one lingering question is whether or not we could see more Sansha San’yō in the future: there is plenty of material to adapt, as the manga is still running, so a continuation’s viability will depend on sales of home releases and the studio’s interest. While nothing official has been announced yet, it appears that general interest in the series (Japanese viewers warmly received Sansha San’yō) and the animator’s response to this reception means that a sequel should not be ruled out. If such a continuation, either in the form of a second season or OVA, is to be reality, I would likely watch it, so in conjunction with everything else I’ve mentioned in this Terrible Anime Challenge, I would conclude that Sansha San’yō most certainly is not a terrible anime by any definition, only being granted this misnomer on account of the fact that I had a bit of difficulty getting into things when it first began airing back in the spring of 2016.

2 responses to “Terrible Anime Challenge: Sansha San’yō and The Making of Magic From The Ordinary”