The Story of One Summer Night and a Confession: Amanchu! Advance First Episode Impressions and Review

2 Comments Posted by infinitezenith on April 8, 2018

“Fun is infinite!” –Futaba and Hikari

During a beautiful summer’s day, Futaba meets up with Hikari, Ai and Makoto. When they arrive at the beach house, they find Kino swamped from the lunch rush and decide to help her. In the quiet moments after, Hikari invites Futaba to scuba dive for the next day, but Futaba decides to help Kino out instead. She arrives to find the beach house empty, and wonders how Hikari would go about making the most of the moment. Meanwhile, after their scuba diving excursion, Hikari enters a hot springs, leaving her swim top in the open. Mortified, she calls her friends for assistance – Futaba arrives to provide a distraction, and Ai retrieves Hikari’s swim top before anything can happen. Hikari decides to have a summer barbecue for the evening, and afterwards, Futaba shares with Hikari her fears about what would happen if they were to separate. Hikari assures Futaba that fun is infinite, encouraging her to simply make the most of the moment and enjoy the present. With this first episode, Amanchu! Advance marks a triumphant return of Amanchu! – the first season was characterised by a superb exploration of the growing friendship between Futaba and Hikari, and how this introduced gradual but profound changes on each. At the opening of the second season, it becomes clear that Futaba’s come to treasure her friendship with Hikari, Ai and Makoto as dearly as she does with Akane and Chizuru, and Amanchu! Advance follow what occurs as Futaba continues to spend time with her friends, as well as what occurs when new individuals are introduced.

With its opening episode, Amanchu! Advance submits to audiences that Futaba is someone who treasures her memories very greatly; the first season illustrated that Futaba was troubled by the prospect of not being able to store all of her photos, and Futaba’s monologues show that she’s very nostalgic. Further to this, once Futaba settles into a new environment, she finds it difficult to entertain the notion of readjusting to a new one; the first season depicted Futaba slowly easing into her new life with Hikari and scuba diving. Having grown accustomed to the energy and adventure that Hikari brings into her life, Futaba becomes worried that these experiences will end should they two ever separate. In conjunction with the addition of new characters into Amanchu!, which will act as the catalyst for pushing Futaba to embrace living in the moment and finding joy in everyday things, I would therefore imagine that Amanchu! Advance‘s main goal will be to present the journey that Futaba and Hikari experience together; their opposite personalities will doubtlessly allow the two to continue learning from one another, especially considering the strength of camaraderie that Futaba and Hikari share (to the tune of both girls openly expressing their feelings as love). These learnings will be set against the backdrop of scuba diving, and consequently, I’m very much looking forwards to seeing what directions that Amanchu! Advance will cover. 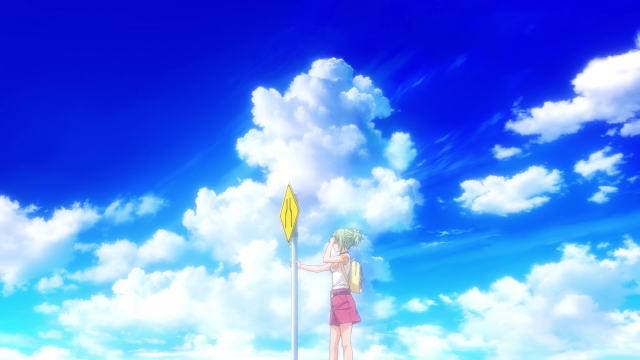 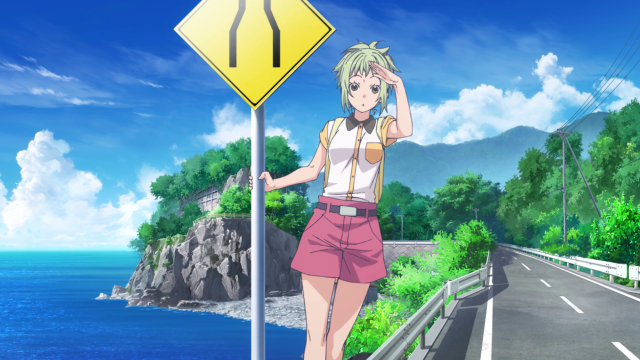 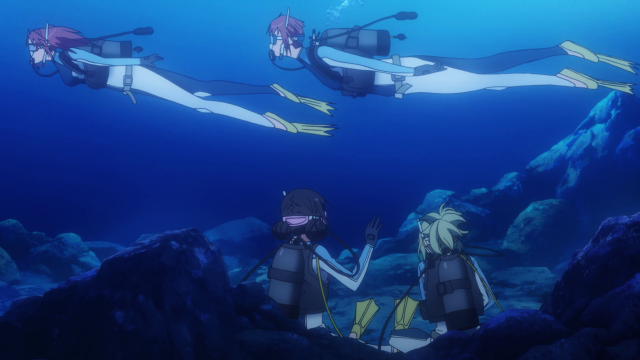 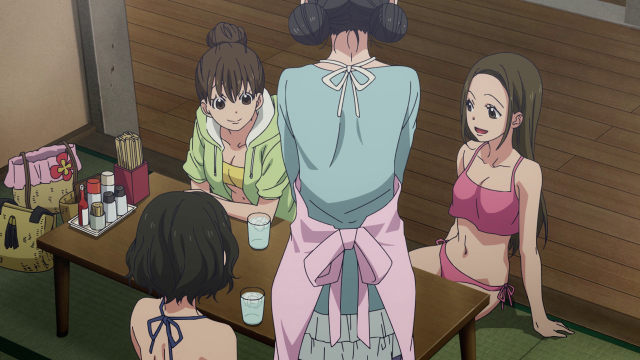 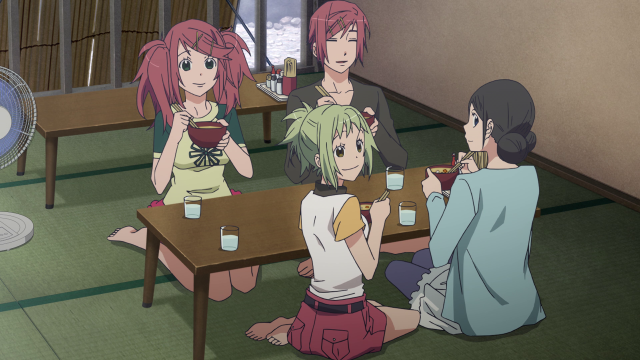 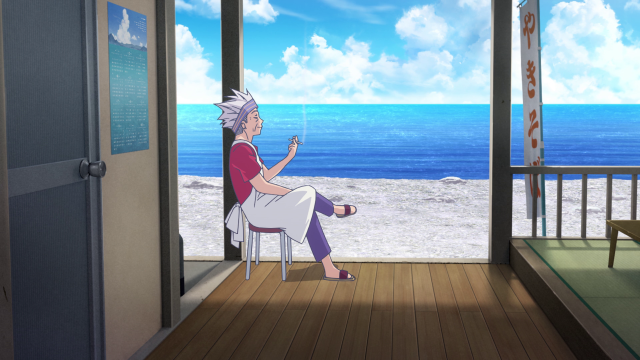 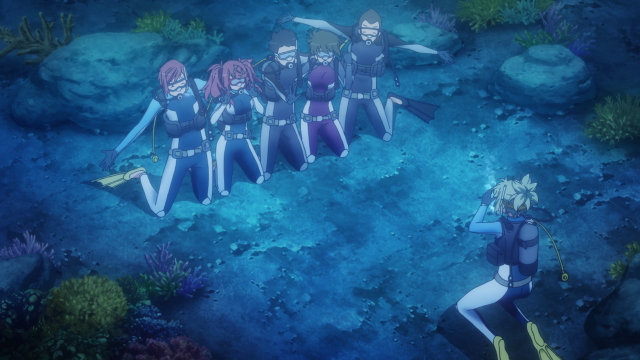 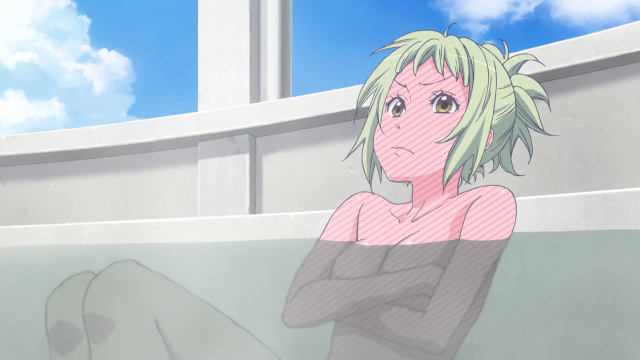 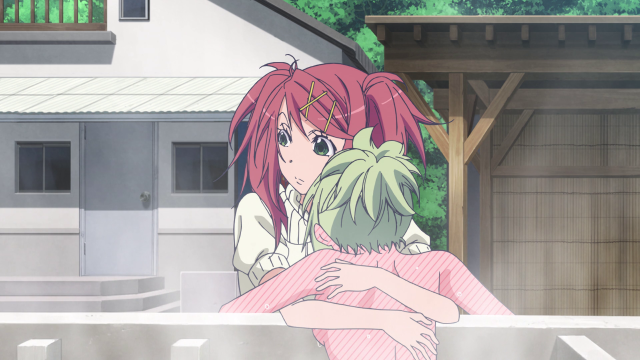 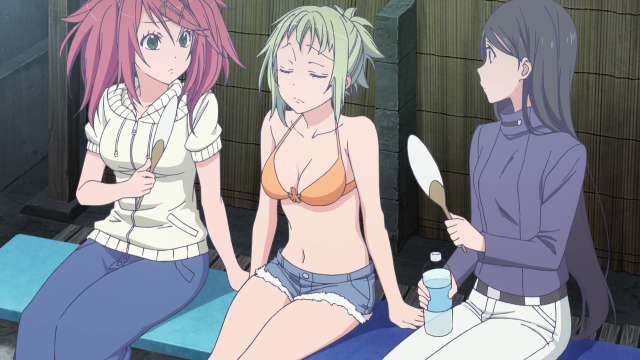 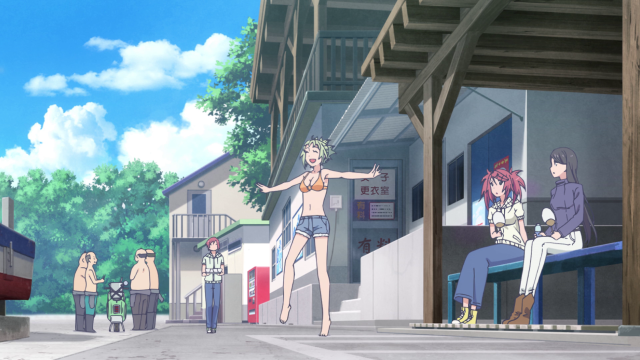 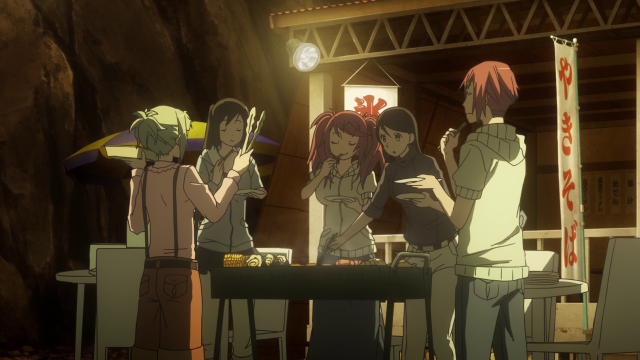 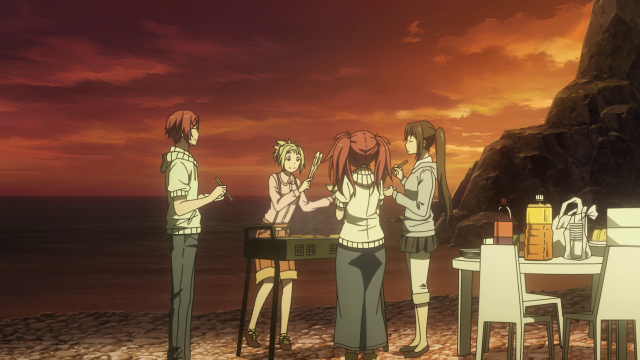 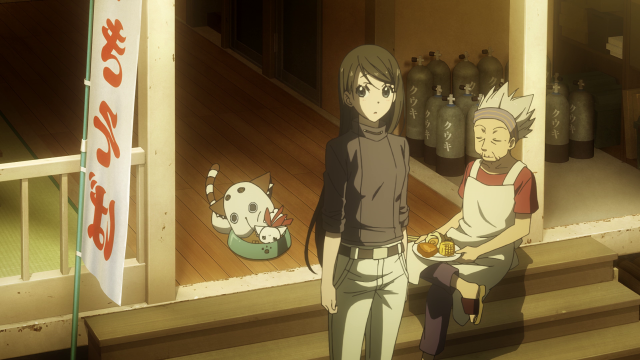 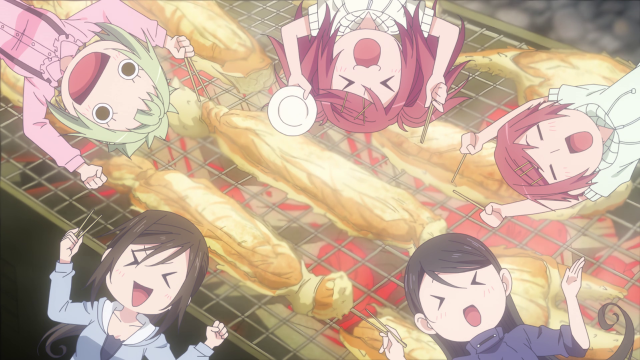 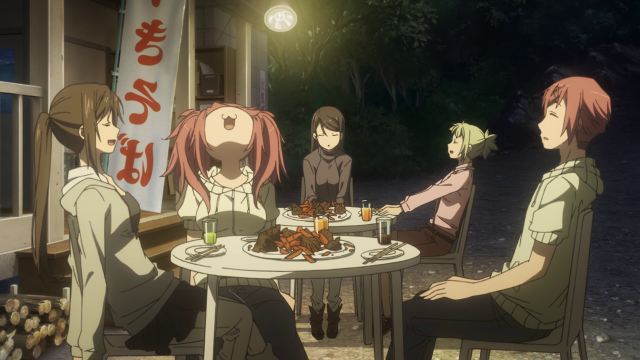 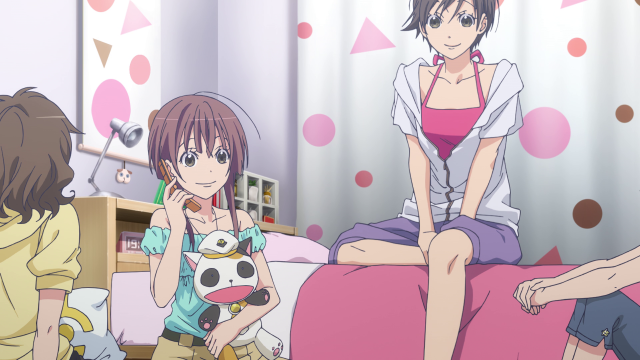 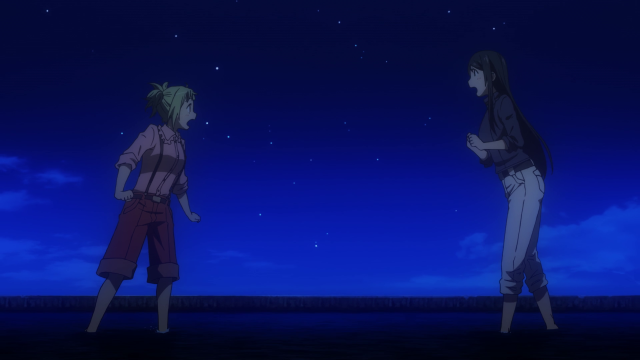 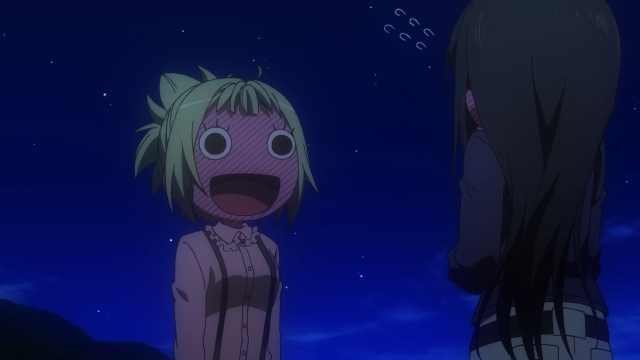 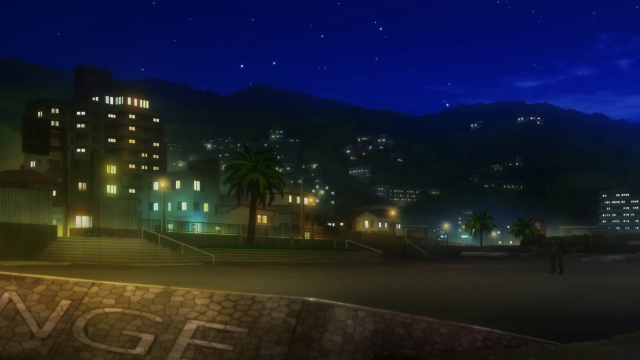 Right out of the gates, Amanchu! Advance is a visual treat on top of introducing new narrative directions. As the first episode progresses, I was superbly impressed with just how vivid the colours are. The deeply azure skies and verdant landscapes create a contrast of colours that fully and completely capture what a summer properly feels like. Kino’s beach house and its surroundings are rendered immaculately. Lighting is expertly applied to breathe life into the world that Hikari and Futaba live in. All of this comes together to create an unparalleled sense of immersion: Amanchu! Advance is quick to remind audiences that a vast ocean awaiting exploring, the endless summer calm and heartwarming characters of Amanchu! have returned in full force for another season. However, this is a continuation that will explore new directions, and a subtle reminder of this is found in the rather unfortunate and embarrassing situation Hikari finds herself in; audiences are to infer that Amanchu! Advance will be more bold than its predecessor. Amidst the cathartic atmosphere and valuable life lessons depicted, Amanchu! Advance will very much be this season’s equivalent of Yuru Camp△ – Amanchu! might have a dramatically different setting, premise and art style, but like Yuru Camp△, Amanchu! masterfully utilises dissimilar personalities and the resulting interactions to create stories that calm, warm and induce a sense of ease amongst viewers that entice them to return each week to follow the adventures and learning that Futaba and Hikari partake in.

2 responses to “The Story of One Summer Night and a Confession: Amanchu! Advance First Episode Impressions and Review”