3 Comments Posted by infinitezenith on July 6, 2018

“One man can be a crucial ingredient on a team, but one man cannot make a team.” —Kareem Abdul-Jabbar

When her mother moves overseas for her work, Haruka Ōzora moves to Okinawa to live with her grandmother and cousin, Kanata Higa. After landing in Naha, Haruka meets with Kanata for the first time in four years, and becomes excited at the prospect of being so close to the water, where she may dive, surf and swim. While running about on the beaches, Haruka runs into a pair of beach volleyball players, Narumi Tōi and Ayasa Tachibana. Narumi grows cold when Haruka wonders about becoming an ace, and when Kanata shows up, Narumi challenges the pair to an impromptu match. Haruka’s inexperience on the court becomes apparent, and although they lose their first game, Haruka remains fired up and longs for a rematch. Narumi reluctantly agrees, provided that Haruka learns the basics and rules within the span of a week. Later that evening, Kanata reveals that they’re going up against experienced volleyball players, although this does little to deter Haruka, who settles in to life in Naha with Kanata and resolves to master the basics, now that it’s summer vacation. For me, Harukana Receive is the anime of the summer season that I was most anticipating, primarily because the warm, sunny beaches of Okinawa are precisely the image of summer that is conjured whenever the hottest season of the year is mentioned: I’ve never watched a distinctly summer anime during the summer before, and the premise of Harukana Receive was particularly conducive towards being the perfect accompaniment for the hottest and sunniest days of the year. In this aspect, Harukana Receive is very strong; the artwork is amazing, capturing the heat of summer through the deep azure skies and warm ocean waters reaching towards infinity. Shadows and light also feature prominently in Harukana Receive to create the sensation of heat: without question, the visuals in Harukana Receive‘s environments are stunning.

However, I imagine that most readers are not here about the lighting effects and details of the landscape: aside from the frequent stills of the sun, and the brilliant light that sunlight casts the land in, the warmth in Harukana Receive comes from Haruka herself. Despite being described as sensitive about her height and figure, there is little denying that Haruka’s seemingly boundless energy is one of the biggest draws in Harukana Receive. Haruka’s sunny disposition and excitement suggests that she’s always ready for adventure and experience. From stripping down on the beaches to accepting a challenge without much thought, Haruka is happy-go-lucky in manner and lives in the moment. Her positive mindset thus acts as the perfect foil for the quiet and reserved Kanata; such contrasts amongst characters are deliberately thus, intended to have different facets of one’s personality influence another individual within a friendship to depict how characters grow and learn over time. While Haruka’s enthusiasm is nothing new (she reminds me of a cross between GochiUsa‘s Mocha Hoto and Brave Witches‘ Takami Karuibuchi), placing such a sunny, friendly person into a landscape characterised by warmth sets the table for what’s likely to come in Harukana Receive. Haruka’s optimism will serve her well as the series progresses, especially when she begins learning about just how far she has to go in beach volleyball, and it will be particularly interesting to see just how Haruka handles adversity and learns over the course of Harukana Receive. 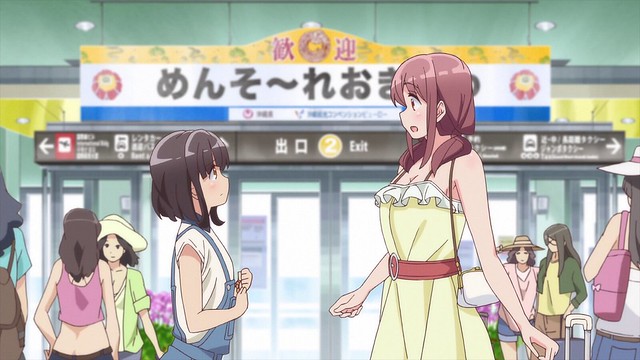 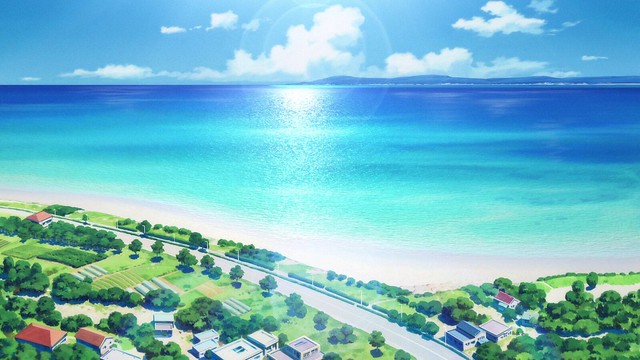 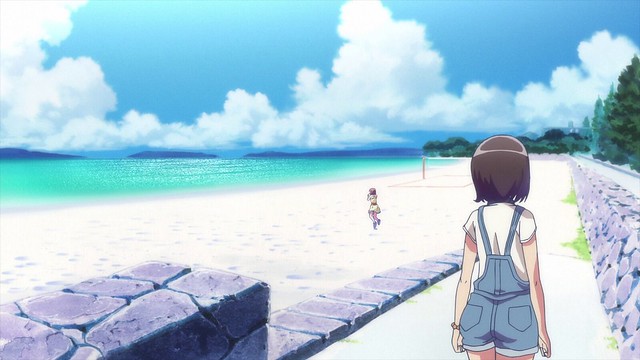 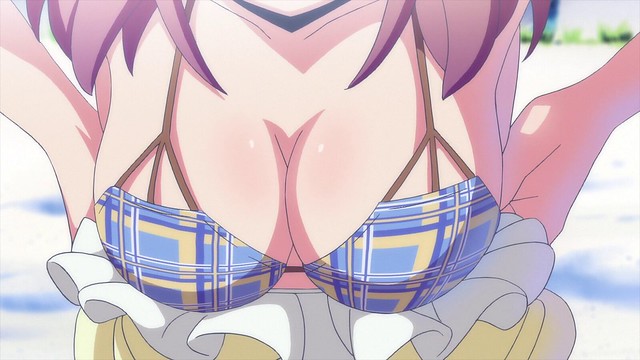 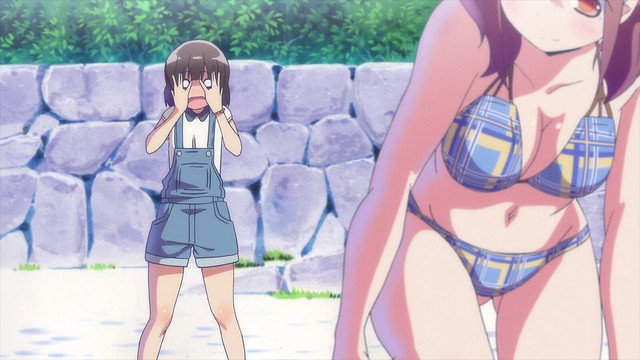 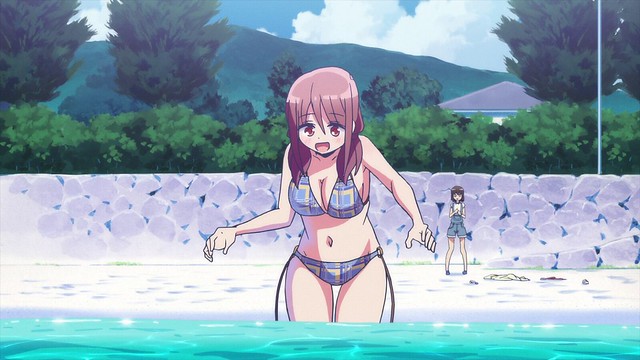 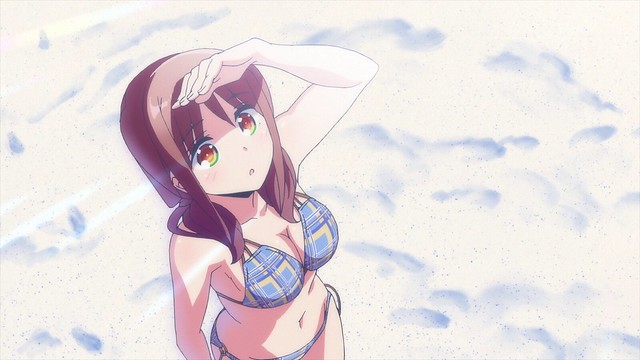 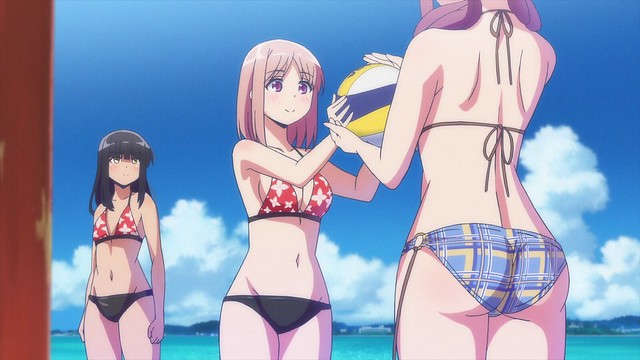 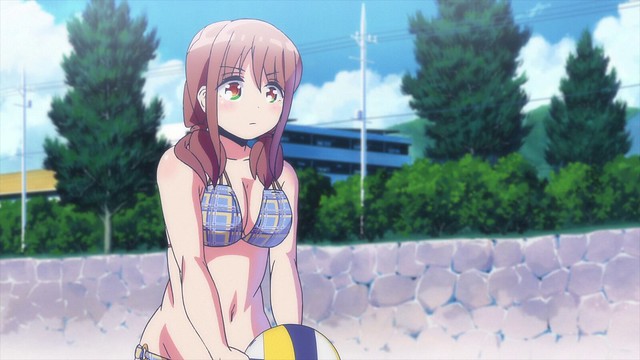 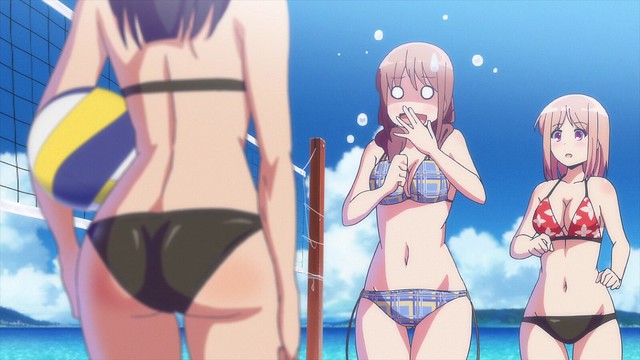 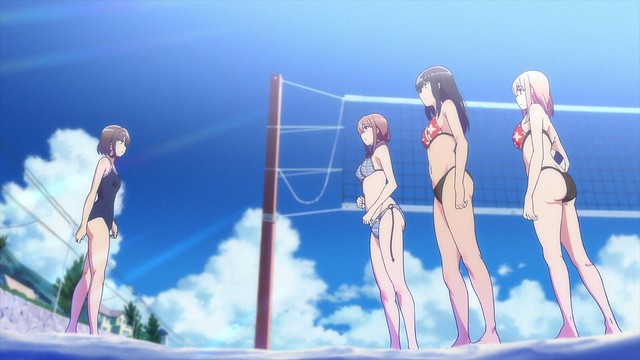 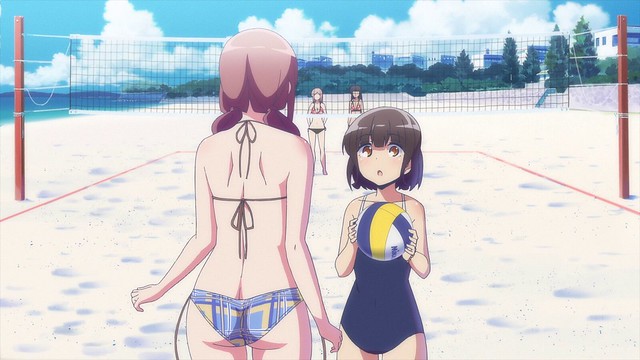 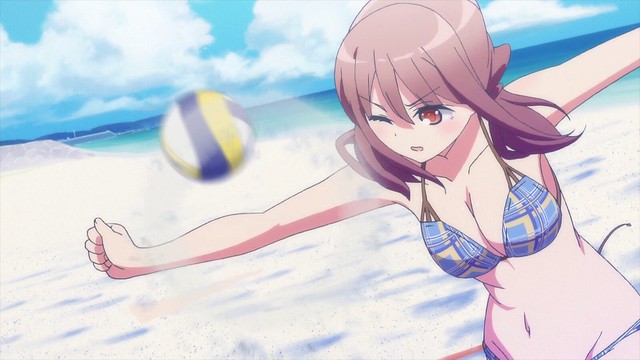 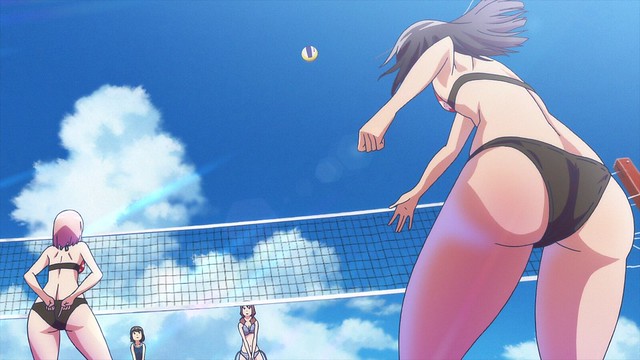 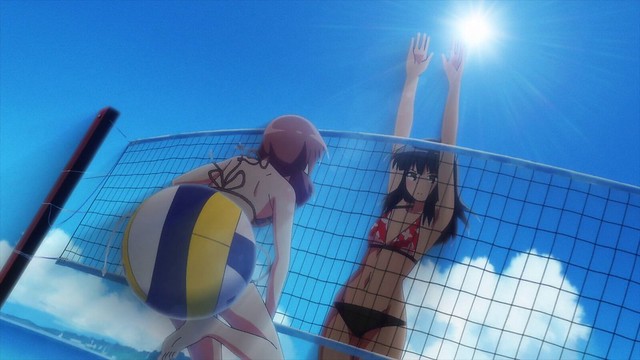 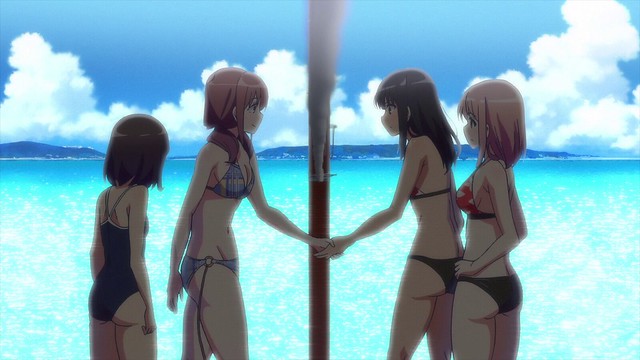 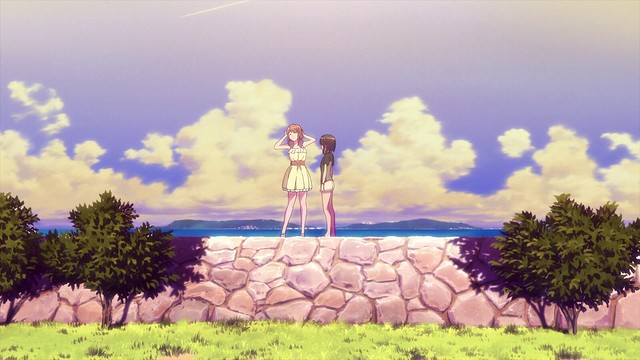 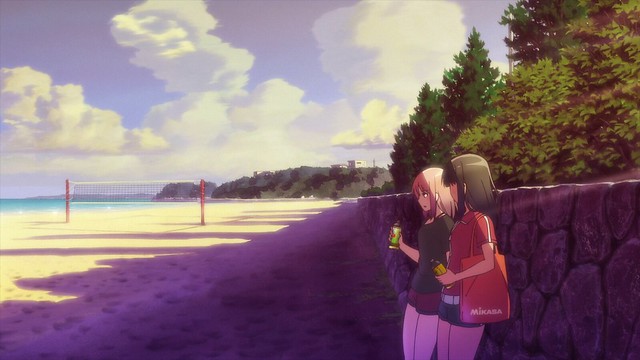 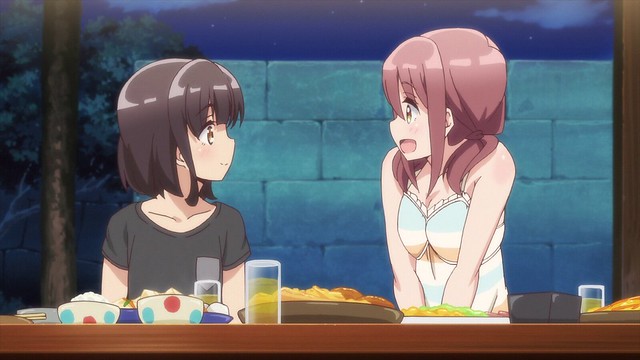 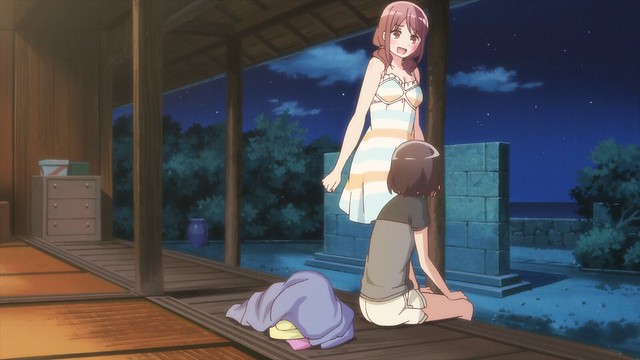 It’s been quite some time since I’ve done an episodic review for a series, but with the summer season otherwise being a slow one for me, I figured that the best way to keep my blogging game up is to occasionally work on it a little. Harukana Receive represents a new challenge for me: I am not an athlete and have no experience in volleyball whatsoever, much less beach volleyball. However, I do know a thing or two about teamwork and cooperation, as well as mutual support, sportsmanship and the like: these aspects of life extend well beyond the realm of sports, and individuals who understand teamwork and compromise tend to derive greater happiness in what they do. These lessons are what I’m looking to see in Harukana Receive, and in conjunction with the very strong, visceral showing that the first episode has presented, Harukana Receive is going to be a series that I look forwards to watching each and every week of its run, especially as more characters are introduced and Haruka comes further into her journey of learning about beach volleyball and over time, accepting that her height is what it is. I further add that the fact that Haruka can really rock a two-piece is further incentive to watch the show every week, and close this first episode talk with the remark that it is possible that anyone who states they picked up Harukana Receive, for the mechanics and rules of beach volleyball, have a non-trivial likelihood of being untruthful.