5 Comments Posted by infinitezenith on July 7, 2018

“Behind every gun sight is a human being. We are those people.” –Battlefield 1 Prologue

Teaming up with Miyu, Karen introduces her to Gun Gale Online, where she decides to roll with a pair of Milkor MGLs. They participate in the next Squad Jam tournament; shortly after the game starts, Karen and Miyu spawn in at the opposite end of the map to Pitohui and Gōshi. Karen is immobilised after falling into a trap at the start, but manages to ambush an enemy team and push their way into a dome, where they defeat pursuing enemies, and Karen relinquishes supplies from another player in exchange for a kiss. Meanwhile, several teams have formed an alliance with the goal of taking out Pitohui and her team, but are promptly slaughtered. When Karen and Miyu run into the rhythm athletics club players, they agree to properly duel another day and work together. Pushing towards Pitohui’s position, Miyu and Karen capitalise on a distraction the rhythm athletics club players provide with their anti-tank rifle. While Karen is immobilised, Miyu draws fire from Gōshi, and manages to draw out the pair. A vehicle pursuit follows, ending with a brutal final fight where Karen severs Pitohui’s carotid artery, before another team finishes them off to claim victory in the tournament. In the real world, Karen receives a birthday gift from the rhythm athletics club, and Gōshi explains his relationship with Pitohui. He takes them to visit her – it turns out that Pitohui is none other than Karen’s idol, Elsa Kanzaki. Elsa is surprised that Karen’s deduced her identity, and kisses her. Later, Karen and Elsa return to Gun Gale Online in pursuit of the rush that can only come from hunting things down and killing them. This brings Alternative to a close, and while superior to Sword Art Online‘s main incarnation in virtually all ways, Alternative nonetheless inherits some of the elements that made the Sword Art Online series more melodramatic and ill-conceived.

The weakness in Alternative lies entirely in Elsa and Gōshi’s backstory and motivations for playing Gun Gale Online: an implausible relationship borne of character flaws so severe that in real life, clinical intervention and law enforcement would have certainly intervened. It is immensely difficult to accept these as the driving factors for why Elsa and Gōshi are in Gun Gale Online and fighting with the intensity that they do, breaking the immersion and authenticity of a spin-off that is otherwise superb. Setting up contrived, unrealistic situations for some of the characters for the singular purpose of creating melodrama is ineffective in raising the audience’s interest and a practise that I find to detract from the story, and moreover, in the case of Alternative, this is a missed opportunity to have told a much more meaningful story about games and social behaviours. In particular, Elsa’s character could have suffered from gaming addiction and aggression associated with withdrawal symptoms, while Gōshi certainly did not require such an objectionable backstory and instead, could have simply played the role of a concerned manager worried about Elsa’s ability to perform on stage. In doing so, Alternative would be able to explore themes of addiction and recovery, and perhaps illustrate how moderation might be one solution to addressing addiction problems among individuals. Through meeting Karen, Elsa could have simply regained her love for performing and with everyone’s help, manage her work and gaming in a more balanced manner. All of this logically fits into the flow of events within Alternative, and in fact, save for this (albeit major) change of motivations from Elsa and Gōshi, it’s not difficult to imagine that Alternative could have progressed in a very similar manner without losing its momentum – the inclusion of more current social issues over fabricated drama would have allowed Alternative to genuinely set itself apart from other instalments with the Sword Art Online brand and impress audiences to the extent that Kirito is unlikely to achieve. 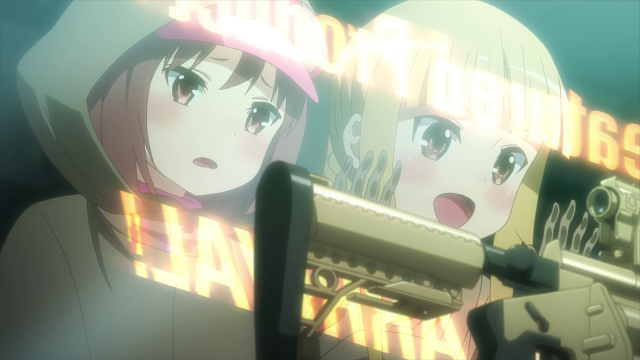 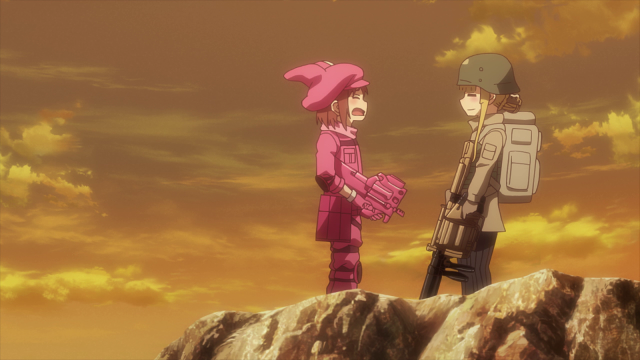 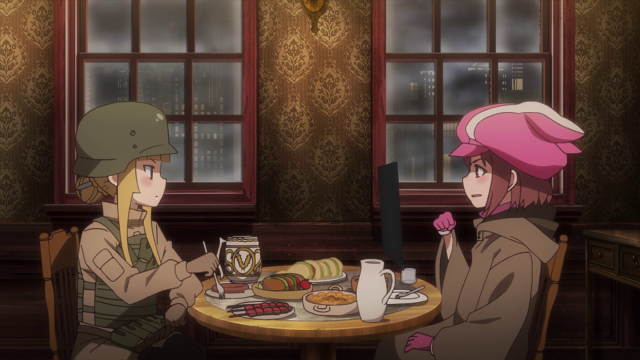 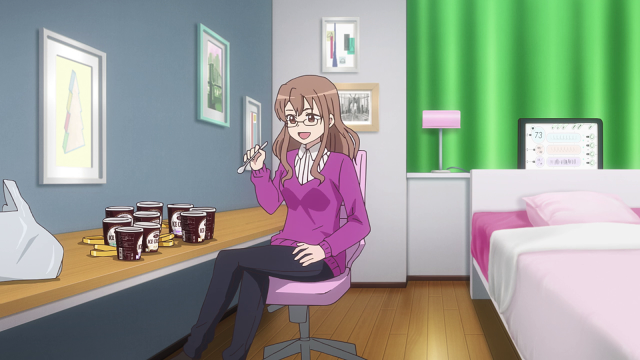 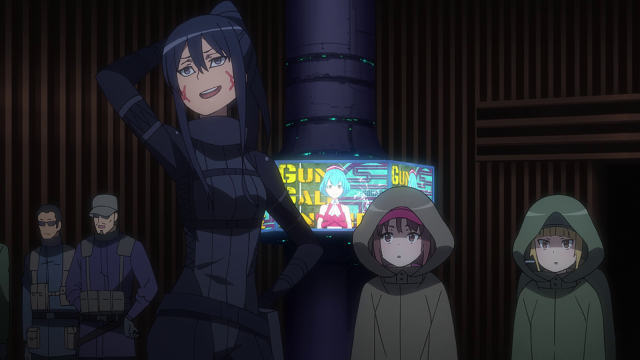 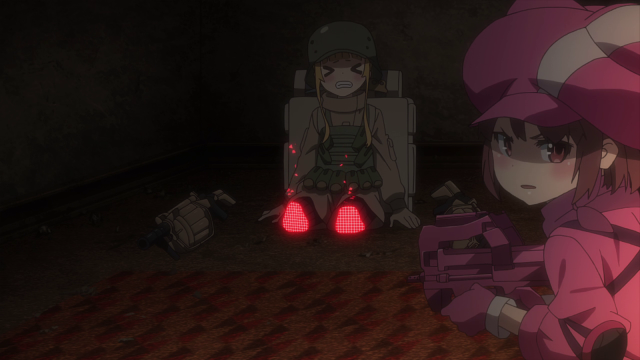 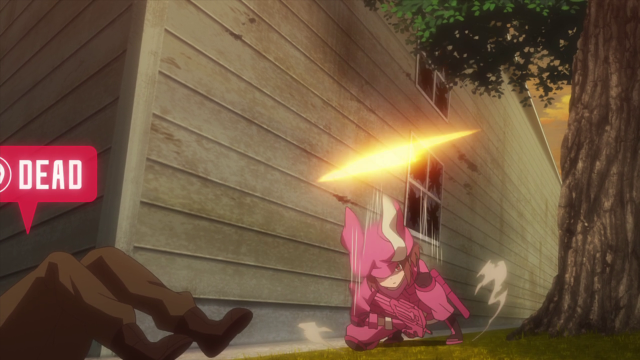 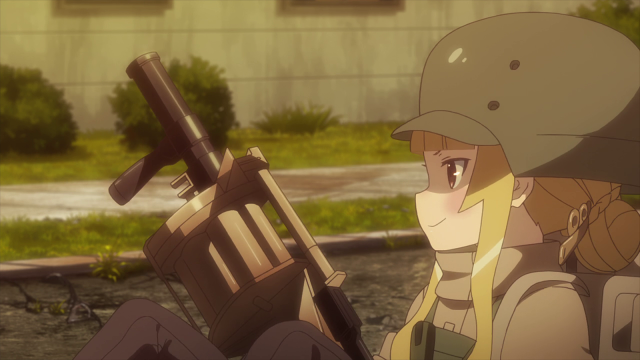 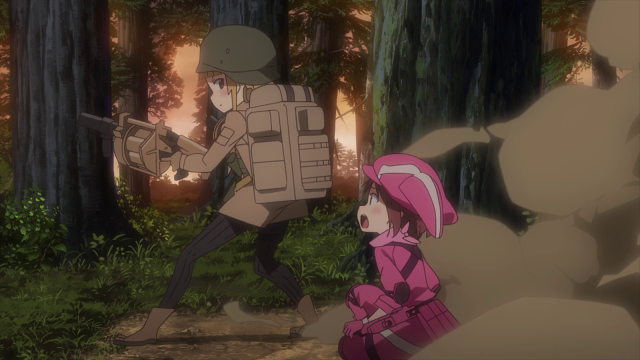 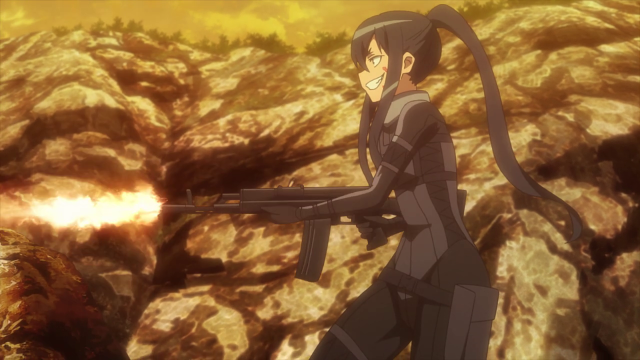 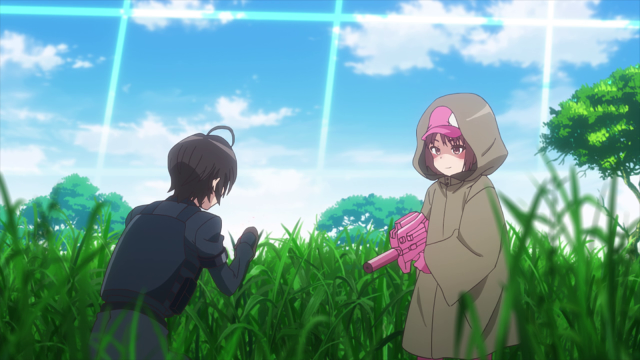 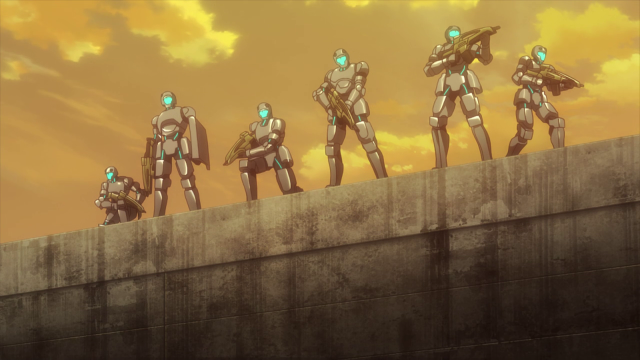 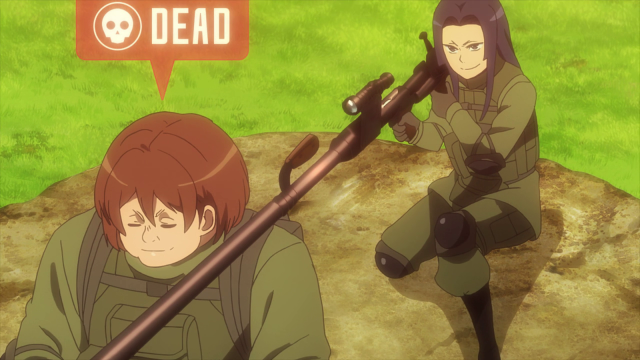 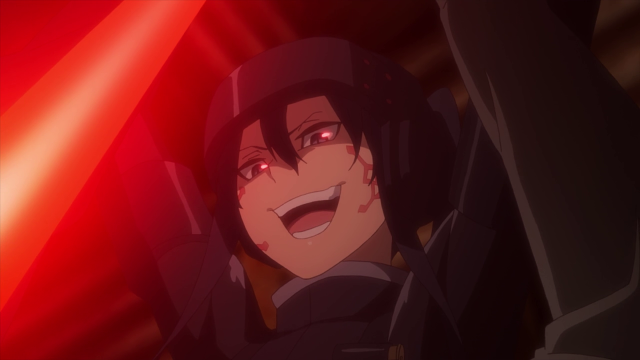 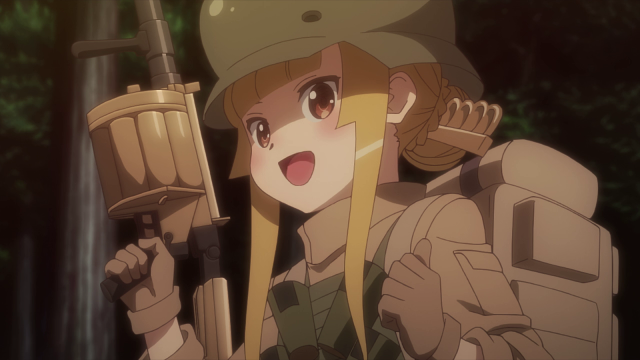 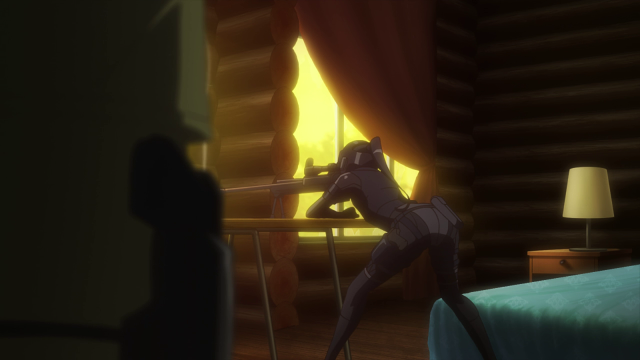 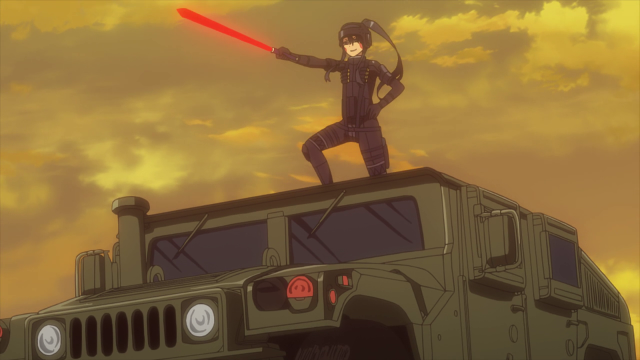 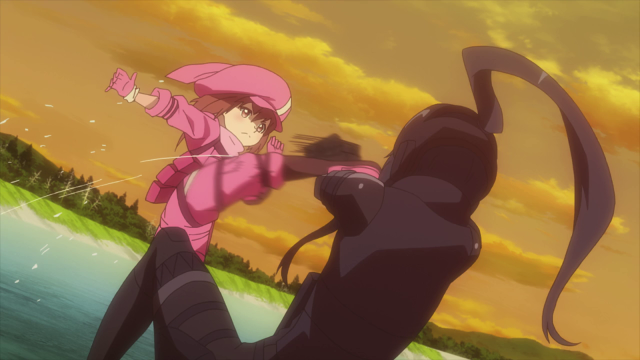 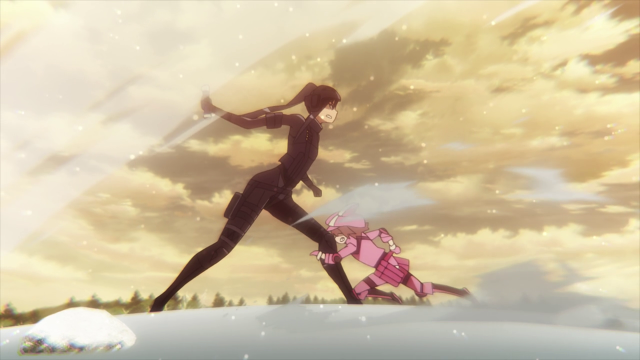 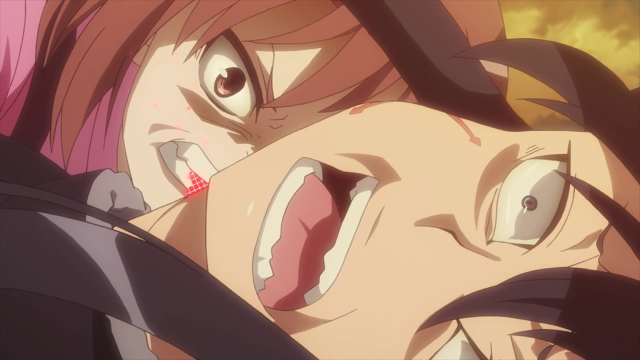 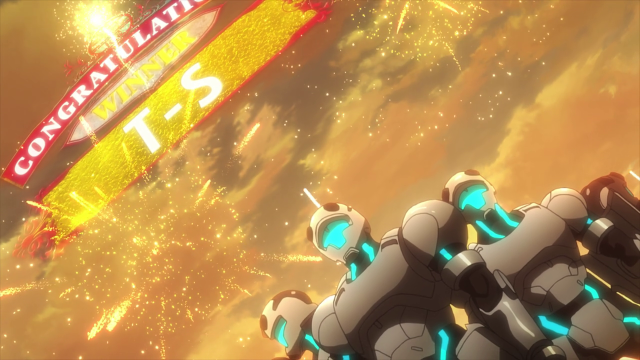 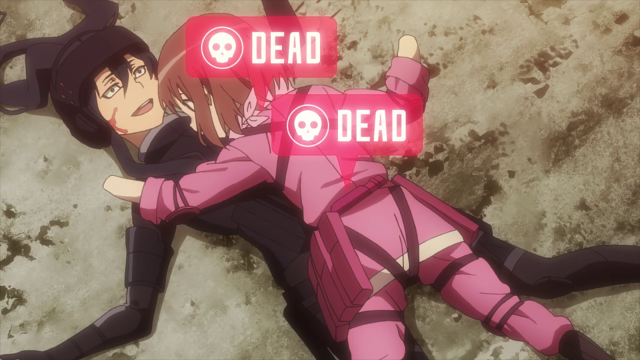 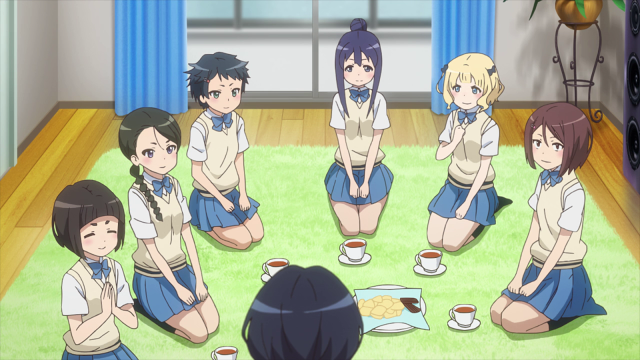 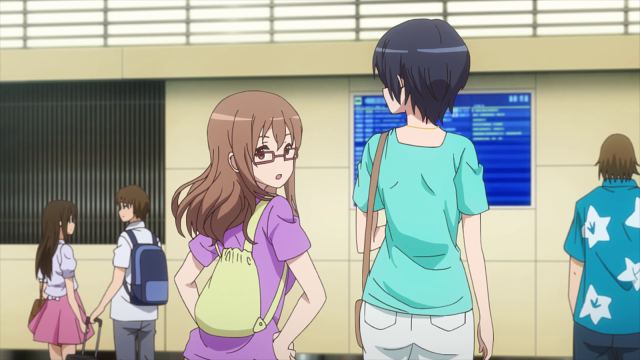 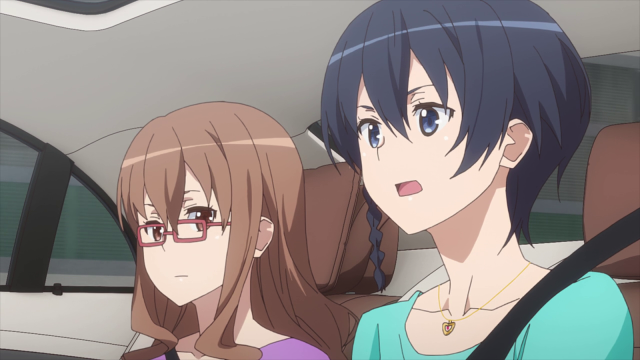 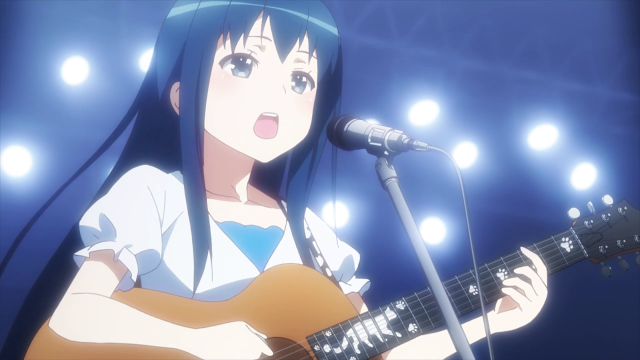 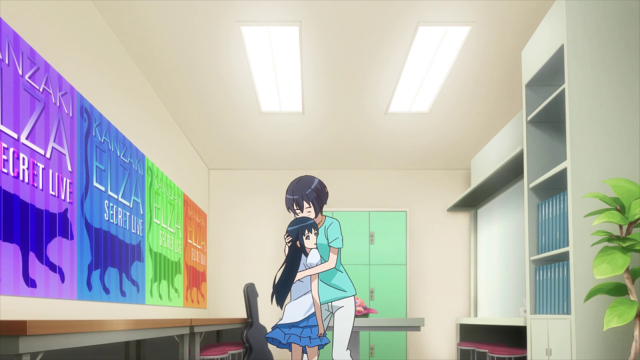 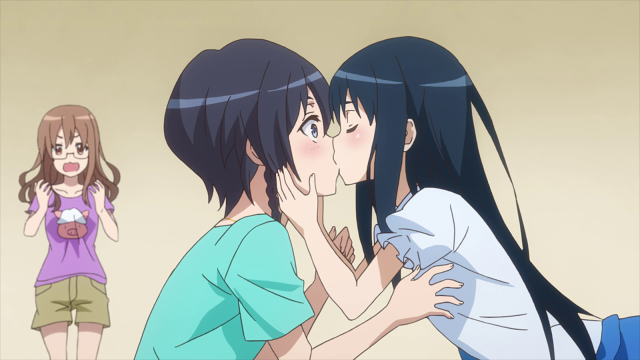 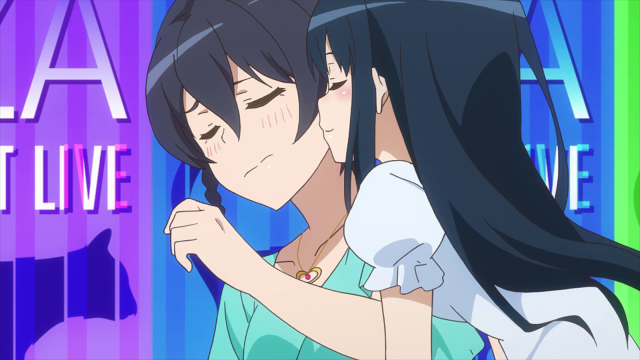 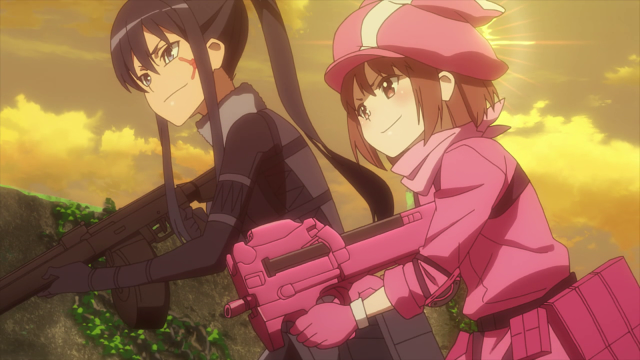 While Alternative might have succumbed to the symptoms of poor exposition that plague Sword Art Online, that each episode nonetheless commanded engagement and left me excited to see what was next is a testament to the strengths in Alternative: with its well-thought out game mechanics in Gun Gale Online, strategies and tactics that I am familiar with as a long-time FPS gamer, and main characters who are very relatable and likeable, Alternative gives viewers clear incentive to cheer for Karen and later, Miyu. Watching them overcome various challenges with the aim of reaching Elsa and Gōshi to make a difference was quite touching, and although this might have been a gaming environment, Karen’s feelings and intents are very real. Seeing the story come together, and having Karen meet her idol was a satisfactory ending – overall, Alternative remains a fun watch that I would recommend to those who do not view Sword Art Online negatively: most of the issues impeding Sword Art Online have been addressed, and having relatable, well-written main characters works in Alternative‘s favour. For folks who are not big on Sword Art Online, I’m largely neutral towards recommending Alternative; on one hand, the firefights are well-animated, and build-ups are quite exhilarating, but Elsa and Gōshi’s character motivations are lacking. This wasn’t enough to detract from the solid writing in Karen’s character for me, so Alternative ended up being a fun experience overall despite its shortcomings. Gōshi might have eyes for only Elsa, but I would contend that Karen and Miyu are tied for first as my favourite characters in the whole of Sword Art Online.