I Want to Regain My Former Self: Harukana Receive Episode Three Impressions and Review

“Notice that the stiffest tree is most easily cracked, while the bamboo or willow survives by bending with the wind.” —Bruce Lee

Shortly after formalising her transfer to Uruma High School, Haruka meets Claire and Emily Thomas after seeing Claire hauling Kanata off, and learns that they’re part of the school’s volleyball club. Haruka agrees to go practise with them, and after jumping into a match, she learns of the pokey, a ball contacted with the knuckle to receive the ball. This method is intended to surprise an opponent, and as the match progresses, the Thomas sisters smoke Haruka and Kanata. Kanata is reluctant to utilise the full set of techniques, irritating Emily, but when Haruka decides to give it a go and scores, Kanata is inspired to attempt, as well. Following their practise, Haruka and Kanata agree to participate in a junior tournament, and Kanata later recounts her story with Narumi. Kanata befriended Narumi and became partners with her, winning a tournament against the Claire sisters, but when her height held her back, she elected to leave beach volleyball. Haruka decides to become Kanata’s partner nonetheless, and the two complete their registration forms to join the beach volleyball club at Urama High. Introducing the Thomas sisters into Harukana Receive adds two new characters whose personalities, while outwardly resembling Haruka and Kanata’s, also have their own unique points. The outgoing Claire and reserved Emily are opposites, so it is unsurprising that Claire immediately hits it off with Haruka. Similarly, both Kanata and Emily seem to struggle in communicating how they feel about things. This is a recurring theme in Harukana Receive and many other slice-of-life anime: introverted individuals who encounter extroverted folks invariably gain something from their resulting friendship, and in spending time with quieter individuals, extroverts also become better at gauging a situation before jumping in. The resulting synergy is rewarding to watch, and it is clear that Harukana Receive is going to portray growth in both Haruka and Kanata as they learn to work together as a team and encounter more beach volleyball players in their journey towards the junior tournament.

In the third episode’s match against Claire and Emily, Kanata’s development comes to the forefront. Her friendship with Narumi is explored in greater detail, as well, showing that she once was more direct and confident. Her height has since caused her to lose this confidence and led her to renege on her promise to continue playing beach volleyball with Narumi, explaining why Narumi since regards Kanata more coldly. Similarly, her play-style against Claire and Emily also reveals a stubbornness to wield other techniques. When she was younger, Kanata’s height was not an impediment, and was a power player (the individual who primarily handles scoring). However, since her height became a disadvantage, Kanata began believing that spikes were the only way to score points. Emily saw Kanata’s refusal to utilise what’s necessary to win as an insult, as though she were holding back, which is why she reacts negatively to Kanata’s actions during their practise match: they’d once played against one another and expected that in a rematch, they’d be playing a Kanata who was giving it her all. However, like how the rowdier Claire can pick up on the feelings of those around her quickly, Haruka is able to similarly encourage Kanata and make what would have been a difficult moment for Kanata better: once Haruka mentions that scoring is scoring regardless of whether the point was earned through a spike or pokey, Kanata opens up. She later promises to begin where she left off and become the player she’d longed to be. Having more friends and forward individuals around drives Kanata to embrace the present and future, rather than worrying about what could have been. 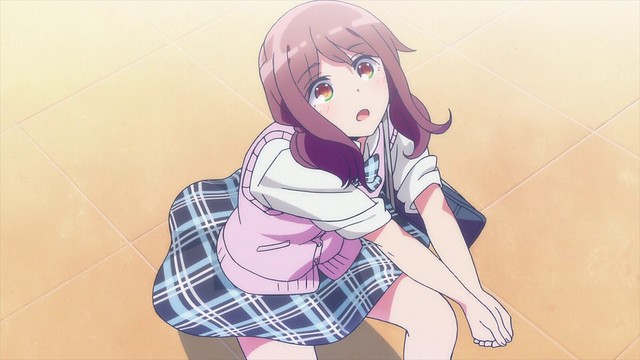 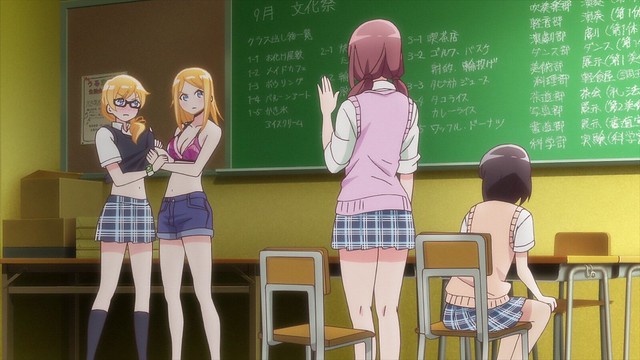 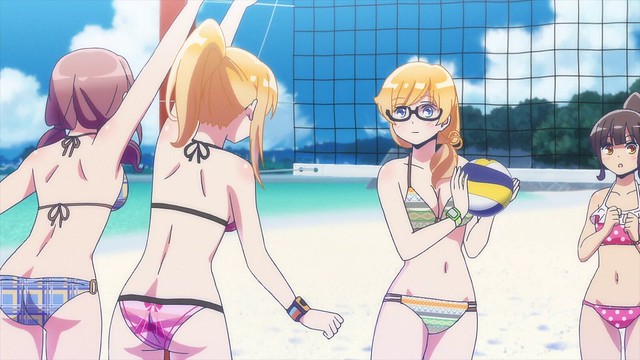 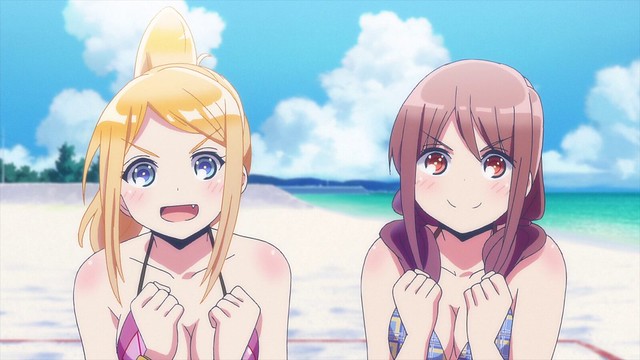 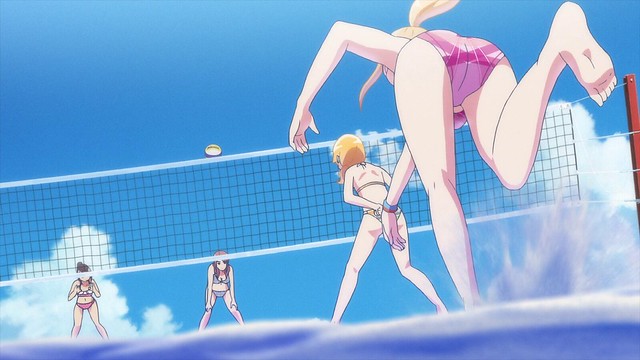 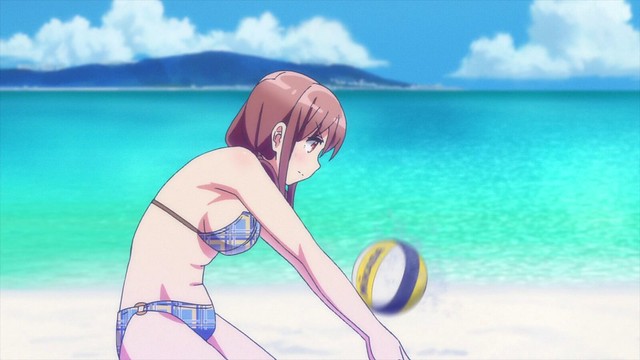 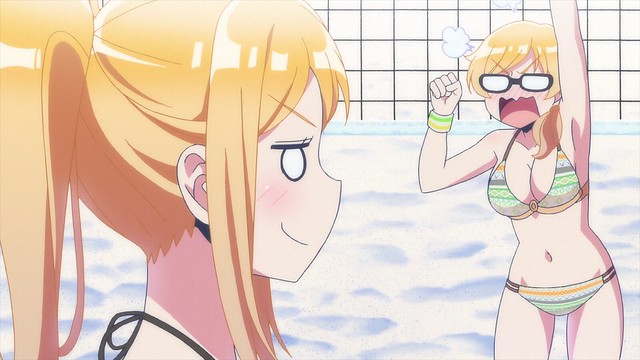 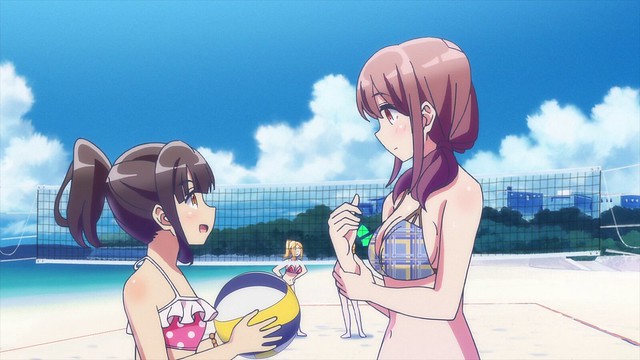 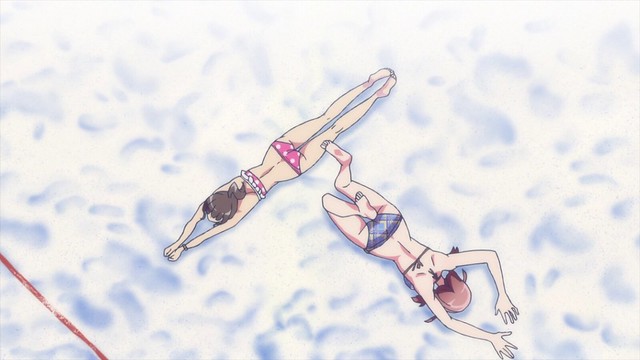 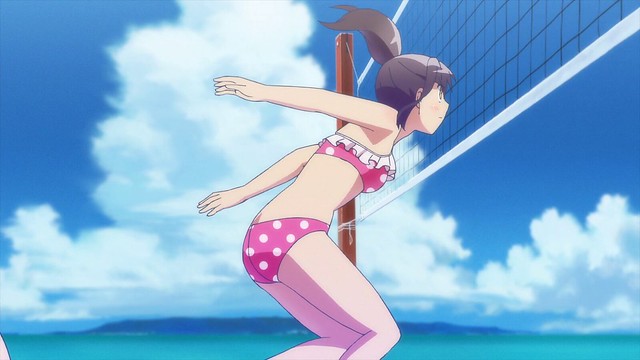 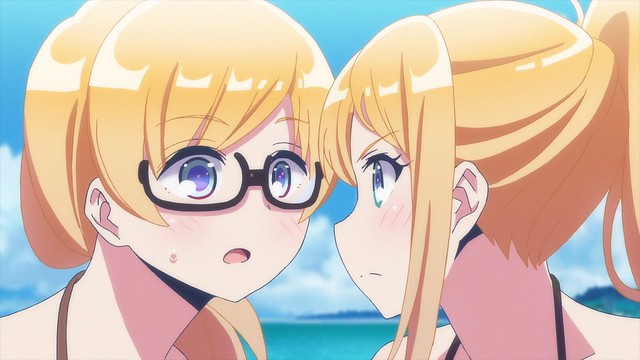 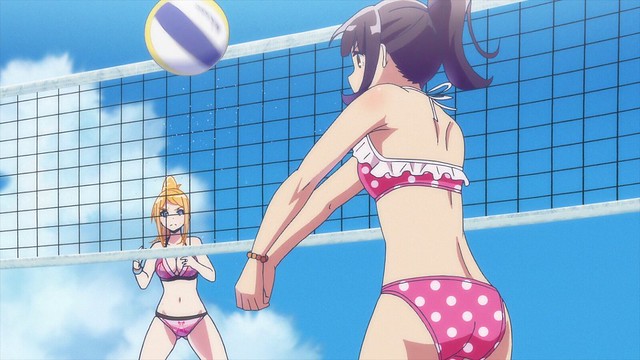 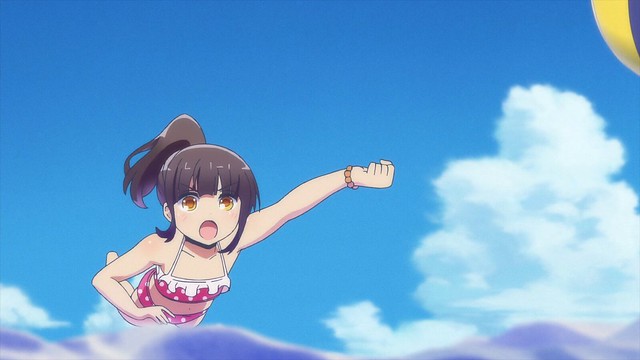 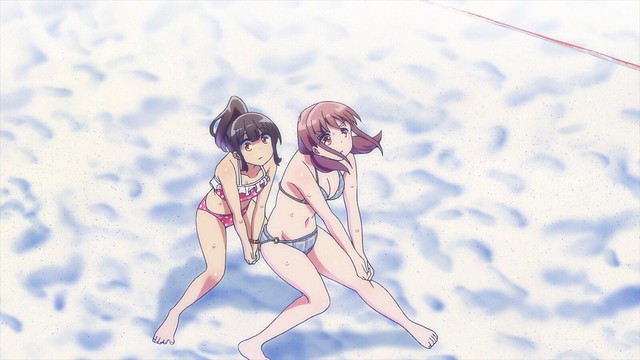 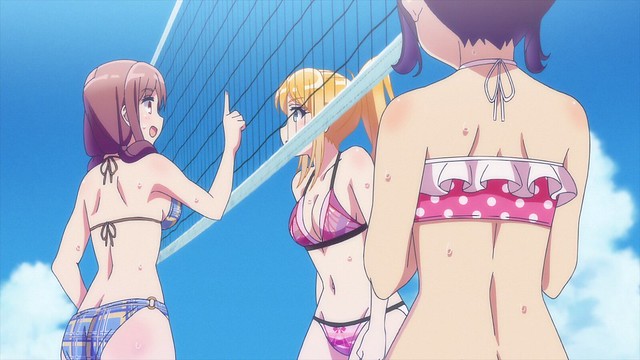 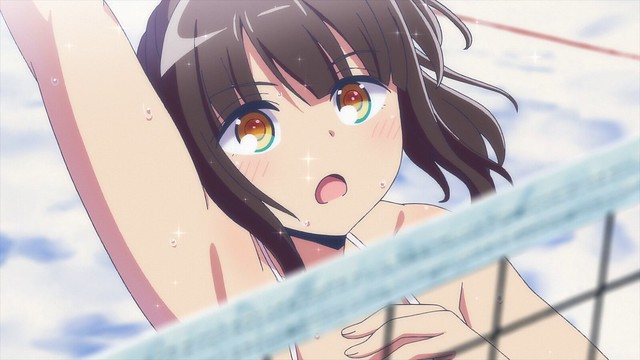 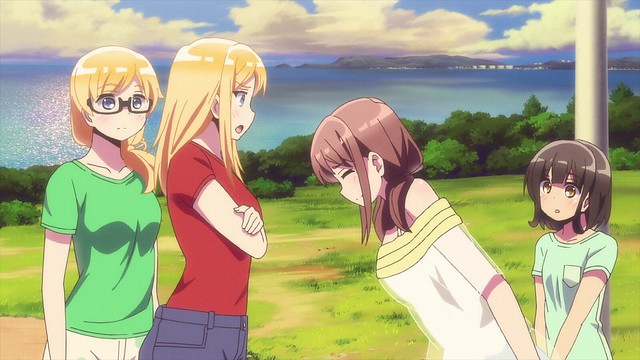 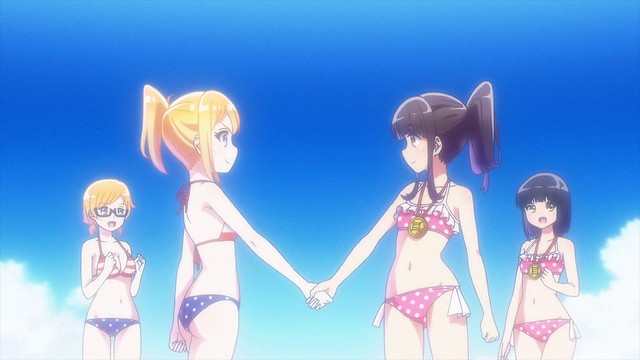 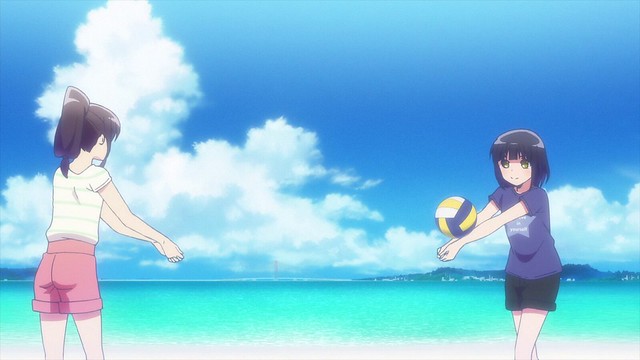 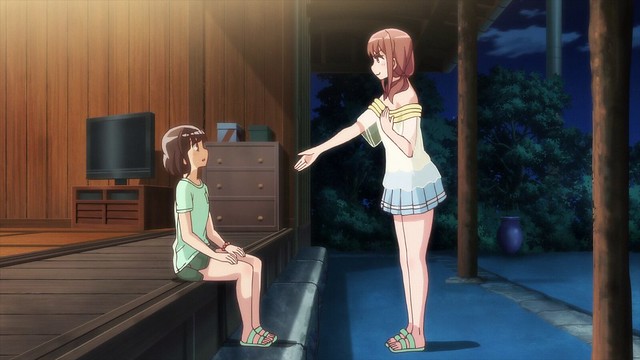 I realise that the use of beach volleyball as Harukana Receive‘s focus is conducive towards moments that may make the show off-putting for some. However, there is a series beyond this that is worth watching. While the second episode was particularly egregious with showing Haruka oscillating because her swimsuit had not been modified for beach volleyball, and this episode shows a more little posterior-striking than is strictly necessary to advance the narrative, overall, Harukana Receive does not come across as being overly focused on anatomy shots to the point where it detracts from the story. Character growth in Harukana Receive remains excellent, providing plenty of exposition and describing in detail what led to the current state of things. Every character has a story to tell, and these stories shape who they presently are, giving their reasons for playing beach volleyball weight: in its execution, Harukana Receive would be equally as engaging if hit were to substitute tennis for beach volleyball simply because of the characters. Things are picking up in Harukana Receive now: I expect that between the training that Haruka and Kanata will pick up, as Haruka needs to turn her raw talent into finesse, and Kanata must turn her prior skill and experience into developing a out a flexible, adaptive play-style to offset her height. Haruka and Kanata also have become a pair, so both players must now learn their partner’s strengths and weaknesses. These developments will be interesting to see, and looking ahead, I expect that between the more technical aspects, Harukana Receive will also showcase plenty of amusing moments of comedy to remind viewers that between improvement and a healthy competitive spirit, good sportsmanship and knowing when to unwind or regroup is also important.

5 responses to “I Want to Regain My Former Self: Harukana Receive Episode Three Impressions and Review”