9 Comments Posted by infinitezenith on August 25, 2018

After introducing herself to Haruka, Marissa immediately sets about teaching Kanata and Haruka to approach beach volleyball as a synergy between two individuals. Through an exercise where the two are two receive her spikes, Marissa reminds Haruka and Kanata that even with a mastery of the fundamentals, the effectiveness of a team boils down to how well the two players can complement one another on the court, working together what a single player cannot do alone. With practise, Haruka and Kanata manage to receive one of Marissa’s spikes. The girls continue training under Marissa’s tutelage, and Akari receives training of her own. With Akari joining the beach volleyball club, their club is reinstated, as well. New Year’s is soon upon Okinawa, and the girls visit a temple, wishing for luck in the upcoming year and for success in their desire to play at the Nationals. Haruka learns from Ayasa that she and Narumi are on a layover in Okinawa, and prompt Kanata to drop by the airport before they check in. Barely making it to the airport, Kanata shouts out to Narumi that she has not forgotten their old promise to reach the Nationals, but that this time, she’ll be playing alongside Haruka. Narumi holds up her pinky, acknowledging their promise, before departing. Similar to the seventh episode, Harukana’s eighth episode is focused on slower-paced character development; training is punctuated by the ever-familiar reminder that in beach volleyball, the pair matters more than the individual, and Marissa’s remarks that a beach volleyball pair is, in her words, similar to a married couple reinforces the idea that there’s a closeness amongst partners that allow them to be strong where the other is weak, and support one another to the extent that two act as one. A glimpse of this is seen during their training: formidable Marissa’s spikes might be, Kanata and Haruka learn that together, they can act in ways that would be impossible alone, and moving ahead, can put their faith in one another with greater conviction than before.

Half of episode eight deals with training, and the other follows the girls pushing Kanata to reach Narumi on New Year’s Day. Prior to their sprint to the airport, the girls wish for the best in the upcoming year, draw fortunes and write their goals on an ema. These acts accentuate the similarities between Claire and Haruka, as well as Emily and Kanata. Claire and Haruka simultaneously desire to win the tournament and draw spectacular fortunes, while Emily and Kanata pray for safety and draw moderate luck for the new year. Akari, still the newcomer, draws terrible luck, and earlier, while the girls share their wishes, remarks that there are many similarities within the group, as well. Akari’s fitting in quite well, but her presence does seem to have a lonelier feel to it: Haruka is partnered with Kanata and gets along with Claire like peas in a pod, while Emily plays her best beach volleyball with Claire and is on the same plane as Kanata. As Harukana Receive continues, one hopes that Akari will find her place in the sun amongst the closely-knit beach volleyball club, but in the meantime, she’s still a part of a larger group, and when Haruka learns that Narumi is at the airport, Akari motivates Kanata to go meet her before she and Ayasa leave, mentioning that beach volleyball and its potential to bring people together is what led Kanata to approach her. Being a new member, Akari is able to see things from a new perspective and reiterate things to the others, which gives everyone the motivation they need to go see Narumi off, and ultimately, Kanata is able to communicate to Narumi that their promise is still on. 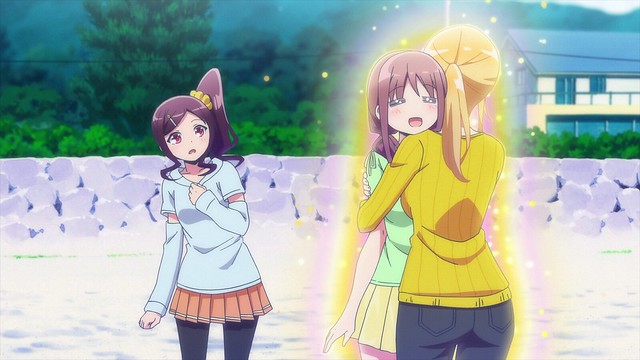 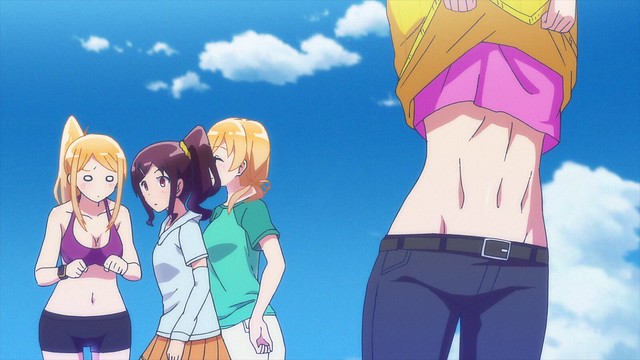 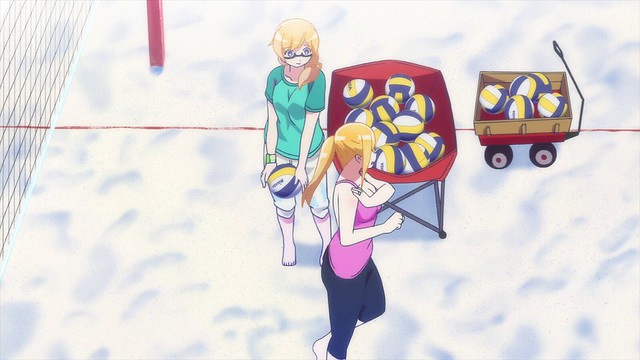 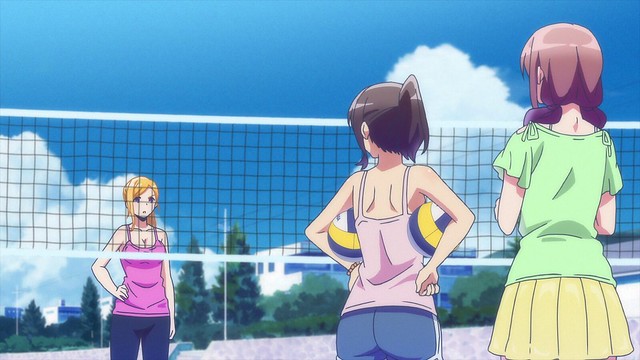 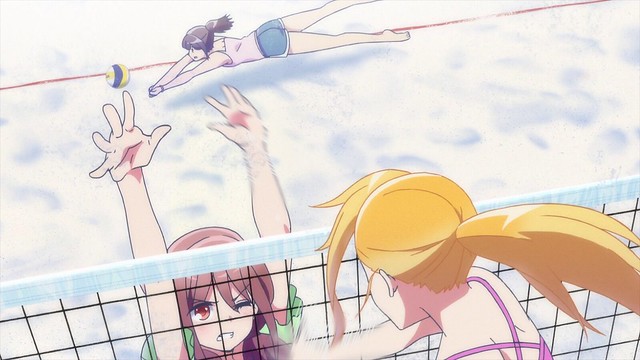 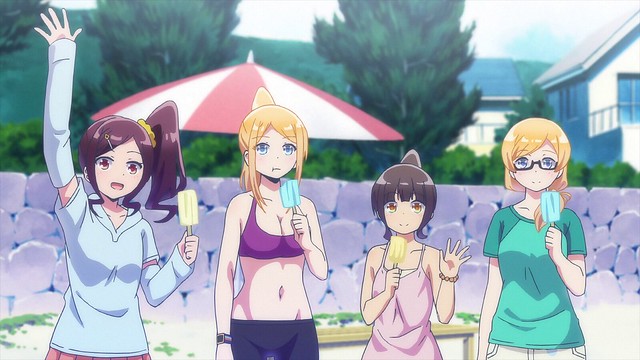 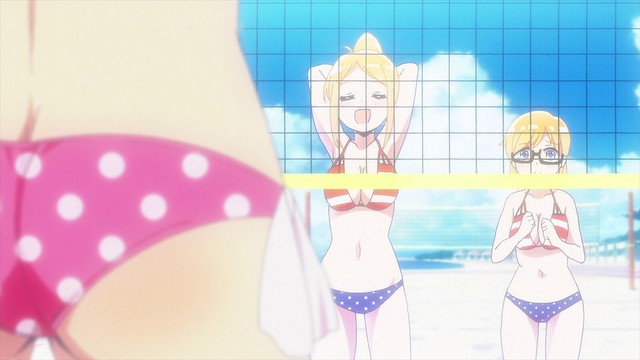 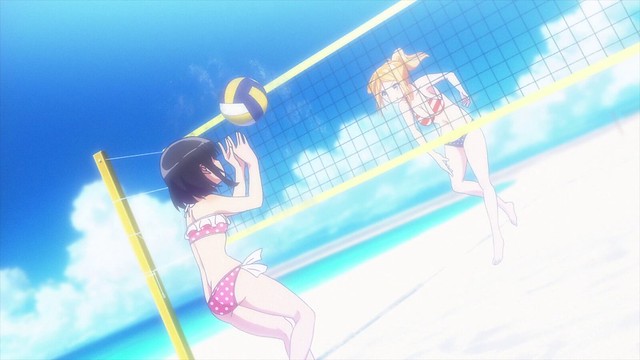 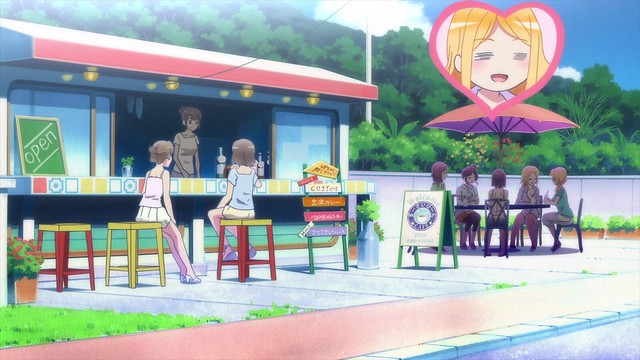 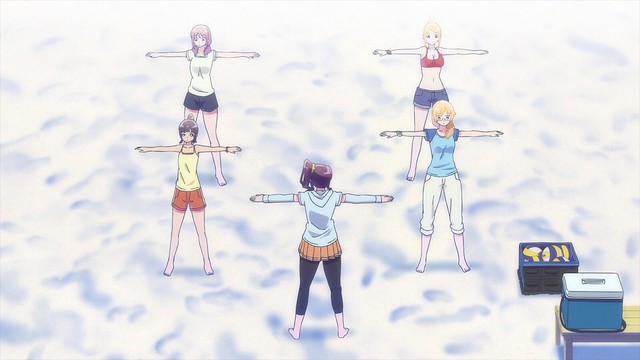 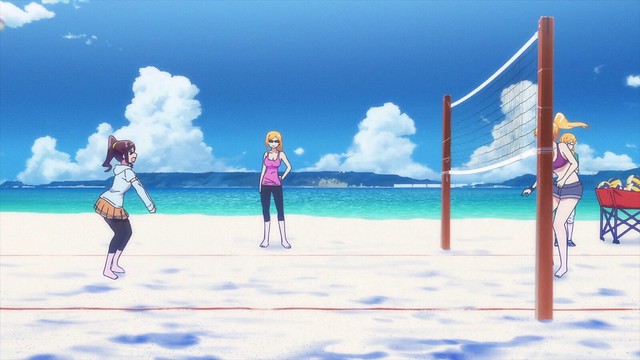 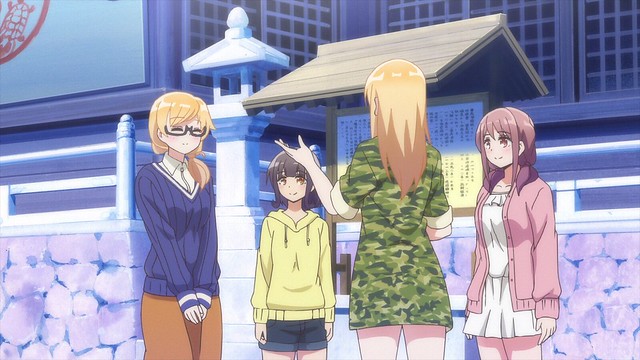 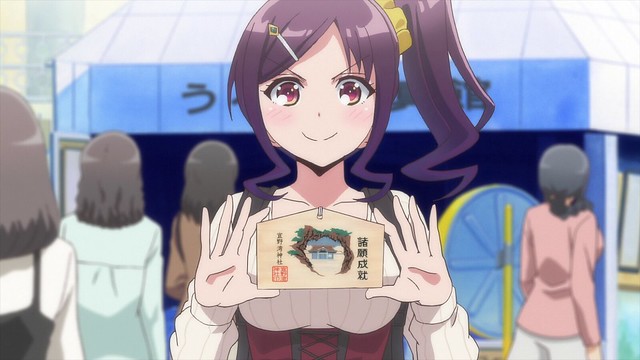 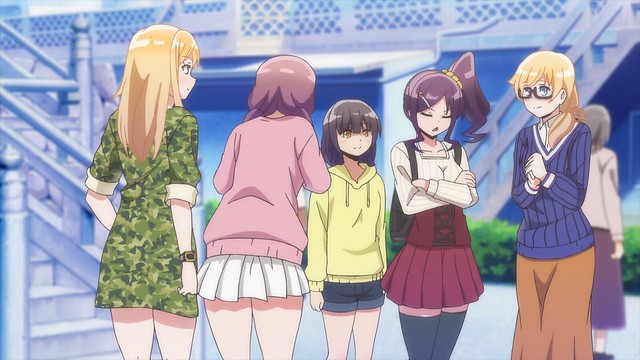 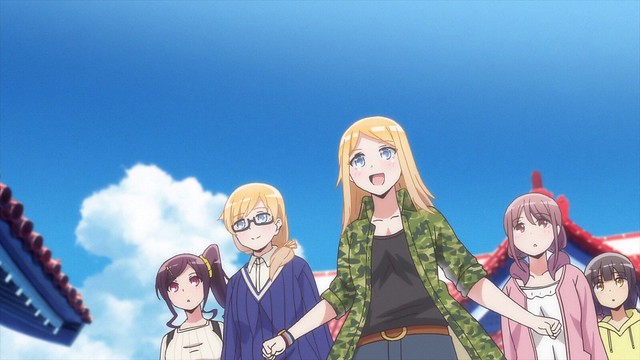 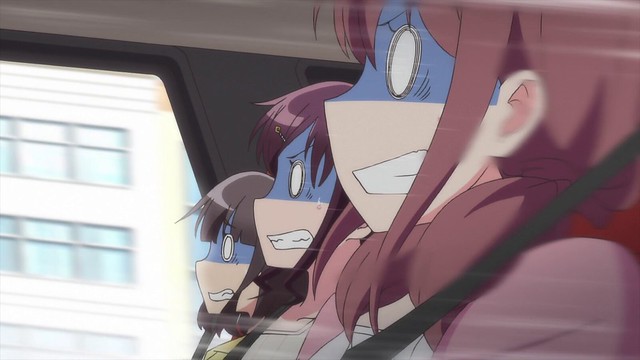 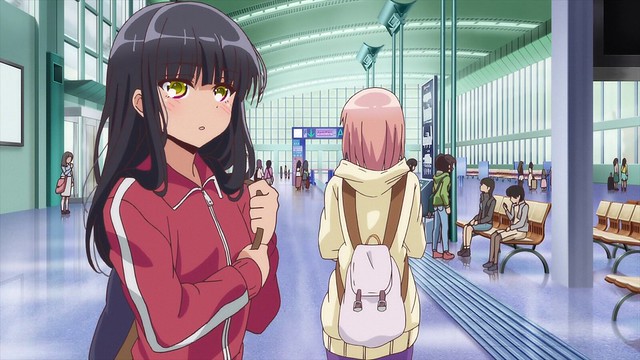 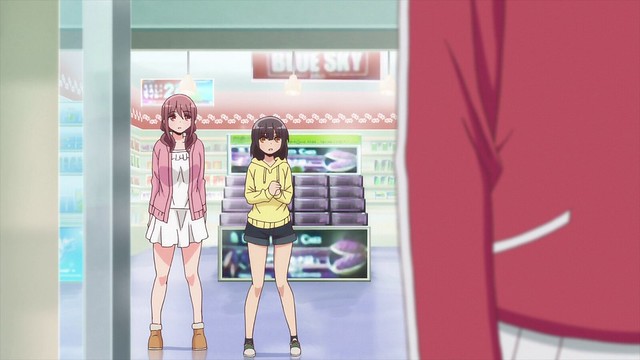 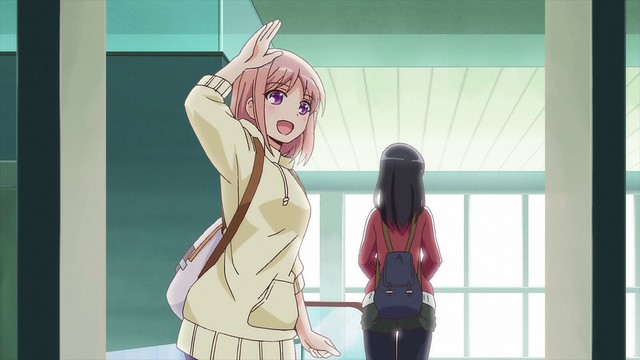 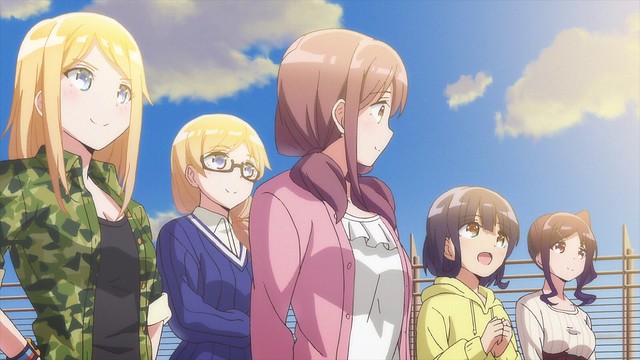 With two-thirds of Harukana Receive in the books, the general atmosphere and modus operandi in Harukana Receive has been strongly established by this point, and it appears that this series is ultimately going to focus on the journey that Kanata takes towards fulfilling her promise to Narumi, working together with Haruka and along the way, sharing in the small but memorable moments of life as a team. The overarching theme of Harukana Receive thus begins to make itself known here: promises are often a central part of the story in many works of fiction, and while circumstances might shift, the worth of a promise is only as valuable as one’s ability to follow through and act on their promises. Keeping one’s word is not always easy, especially if one is going it alone, and so, with Haruka, Emily, Claire and Akari in her corner, Kanata begins to discover her place in the sun again through beach volleyball, which has been stated in several instances, to be something that brings people together. With friends encouraging her and supporting her at each turn, Kanata’s confidence and resolve will strengthen as Harukana Receive gears up towards the ending; I anticipate that, par the course for standard Manga Time Kirara works, audiences will be treated to an ending with a strong payoff. However obvious the outcome of Harukana Receive is, the journey it takes to reach this point will be Harukana Receive‘s strength, as it has been for other series of its lineage, and it will be quite exciting to see what milestones and discoveries await Kanata and Haruka as they push towards the Valkyrie Cup.