This Is How I Feel: Harukana Receive Review and Reflection at the ¾ mark

2 Comments Posted by infinitezenith on August 31, 2018

While Haruka and Kanata train tirelessly ahead of the qualifying competition for the Valkyrie Cup, Akari learns that owing to a lack of participants, only one Okinawan team will participate in the Valkyrie Cup. She hesitates to tell Haruka and the others of this news, fearing that the beach volleyball club will disintegrate from the pressures of competition, but after a call with Ayasa and Narumi, Akari decides to let the others know. Haruka, Kanata, Claire and Emily are not particularly worried about the news, and Akari gives everyone matching scrunchies, before they resolve to put their efforts into the qualifying tournament. On tournament day, the girls run into Mai and Ai: Ai’s become a post-secondary student and is helping out as a referee. Haruka and Kanata set off for their first match, as do Claire and Emily. With their training, Kanata and Haruka put on a strong performance and advance to the next round. After this match, they run into Youna and Kanna Aragaki, sisters who had faced off against Claire and Emily previously on the court and saw defeat. Vowing revenge, Haruka announces that they’ll have to best her and Kanata first, since that’s who they’re slated to play in the second round. Kanna employs a top spin in her spikes, and Akari feels that the two seem to be playing against Haruka entirely. As the match progresses, Kanata asks Haruka to place her faith in her, and when one of Kanna’s spikes gets past Haruka’s block, Kanata is able to receive it, allowing Haruka to send it back over the net and scores them the match point. Kanna and Youna resolve to return, and Haruka and Kanata march towards their inevitable match against Claire and Emily.

Three-quarters of Harukana Receive is now in the books, and things have accelerated wildly towards the march onto the Valkyrie Cup; by now, Haruka and Kanata have improved their play substantially, leaving the playing field open for exploring notions of sportsmanship, friendship and the strength of one’s word as the series marches into its final quarter. The focus of the ninth episode lies predominantly in Akari’s fear of having to watch Harukana play against Éclaire: although Harukana Receive has only seen Akari join the beach volleyball club recently, Akari’s concern about her friends shows that in the time that she has spent with them has been very meaningful to her. This fear leads her to worry about delivering news of the two pairs having to face one another to reach the nationals, and Akari decides to get in touch with Ayasa, who tells her that being honest with Haruka and the others is best. Narumi appends that everyone will understand that in a competition, there will be a victor and vanquished. Akari is able to thus put her feelings into hand-made scrunchies for everyone, and as it turns out, the prospect of having to face one another has little impact on Haruka, Kanata, Claire and Emily. They simply resolve to do their best and see what happens, thanking Akari for looking out for them. That everyone approaches things with this clarity is meant to reiterate that the bonds among everyone are such that the prospect of competition has done nothing to diminish the strength of their friendship. When the time for the competition arrives, both Harukana and Éclaire score victories in their matches, setting the stage for friends to compete against one another on the court. Their friendship will now be set aside for the moment, as both of Harukana and Éclaire will be playing for keeps to fulfill their own aspirations. However, regardless of how the match turns out, each of Claire, Emily, Haruka and Kanata will come out all the stronger, and closer together than before. 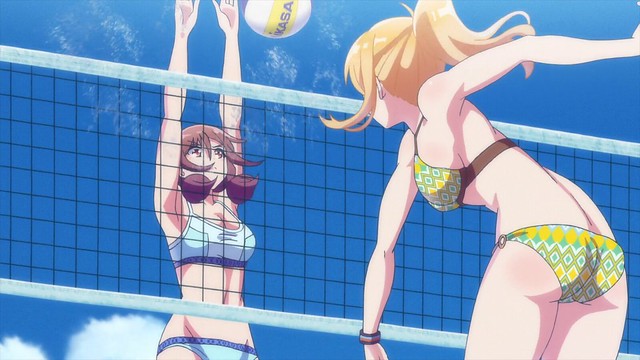 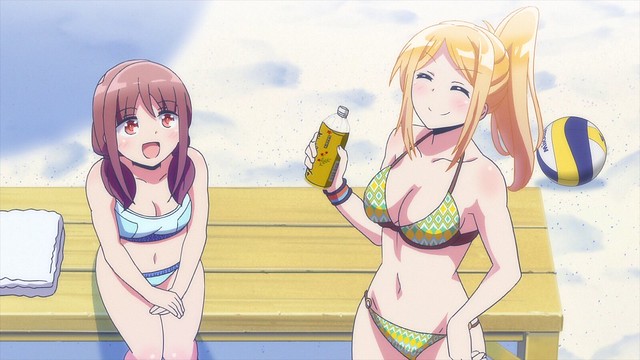 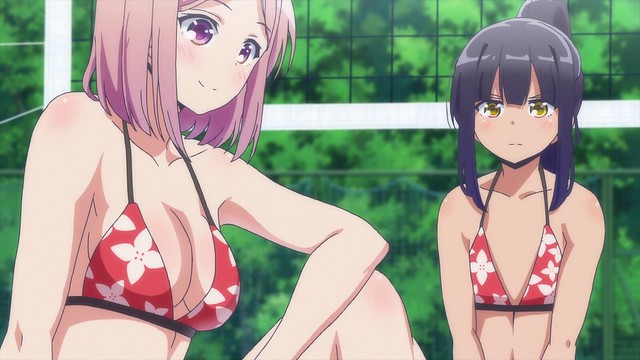 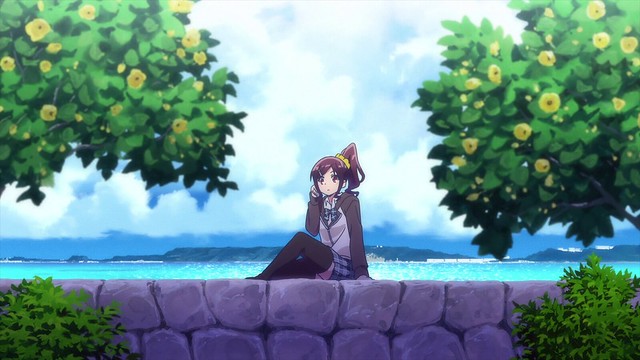 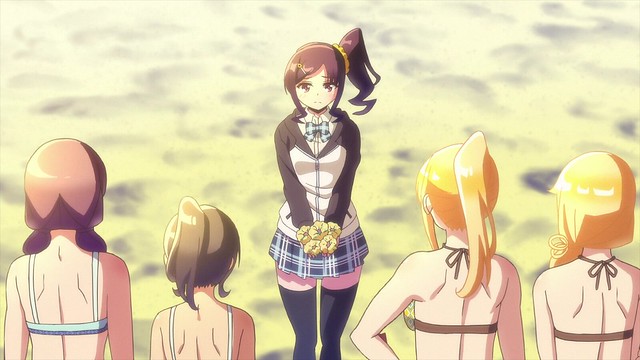 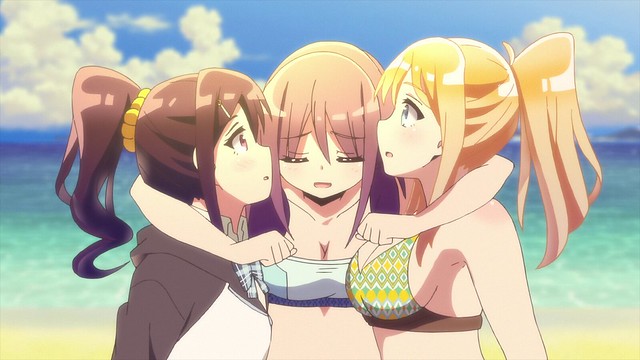 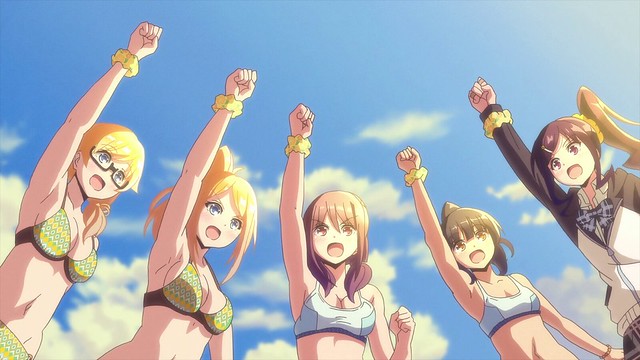 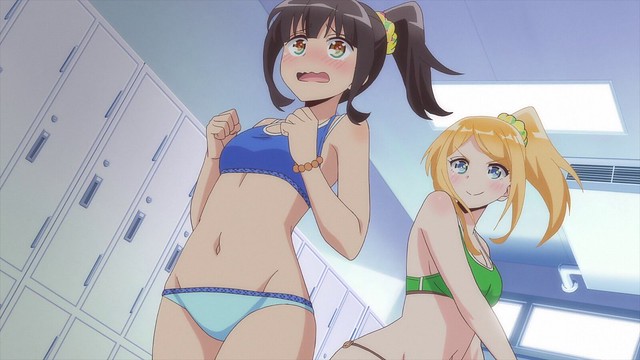 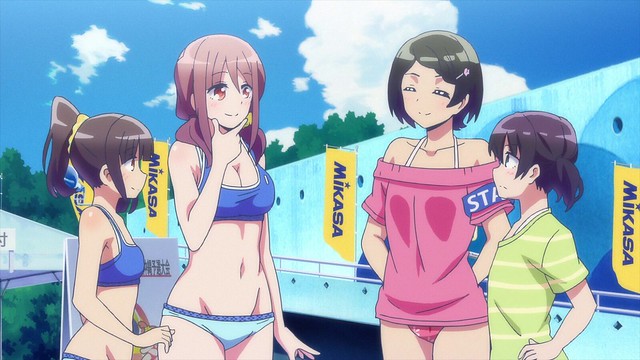 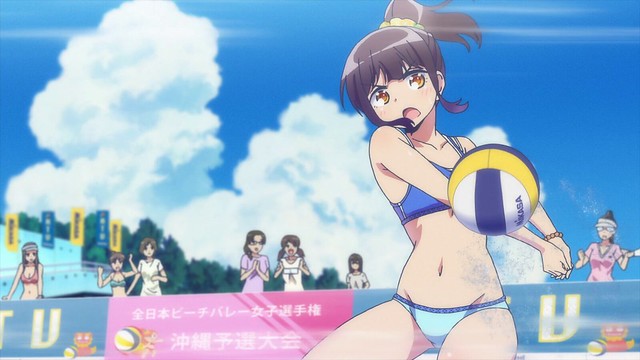 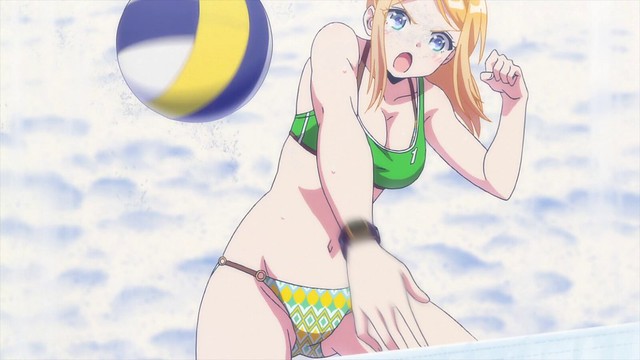 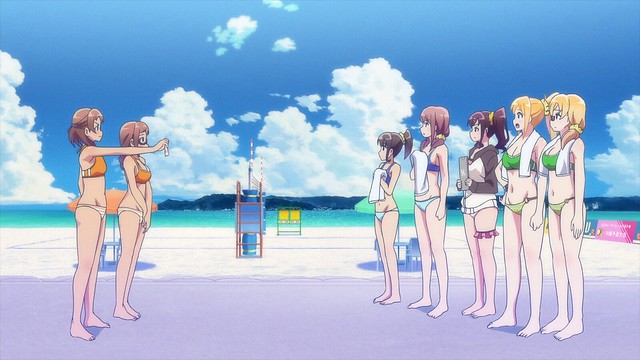 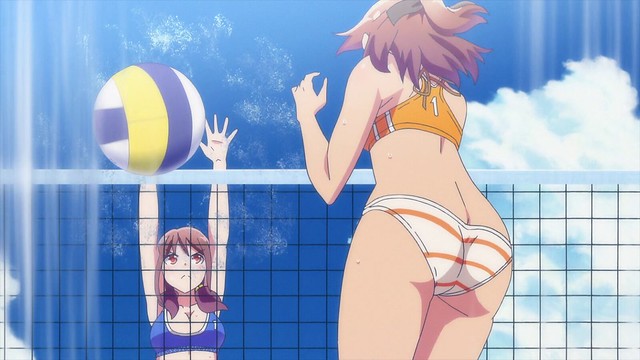 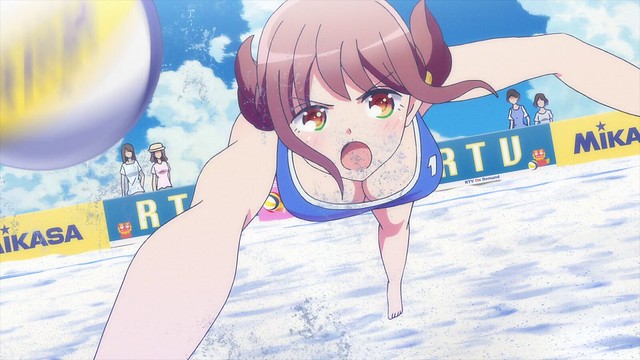 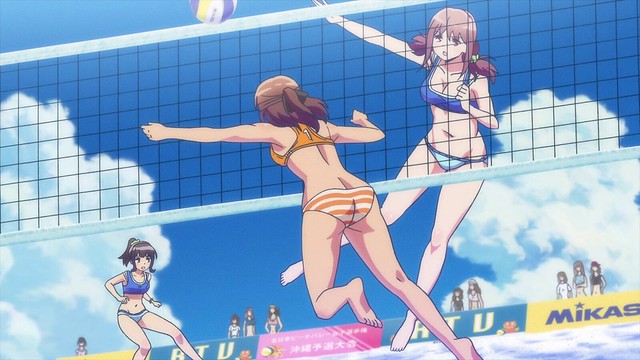 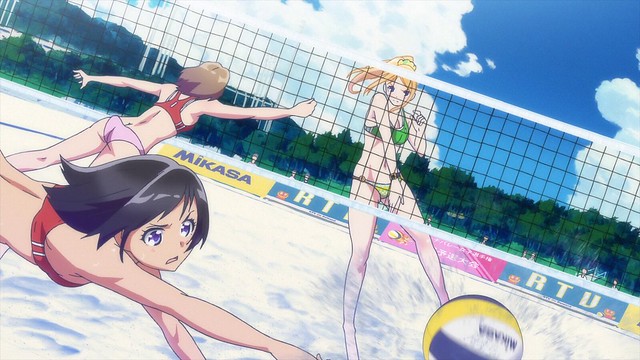 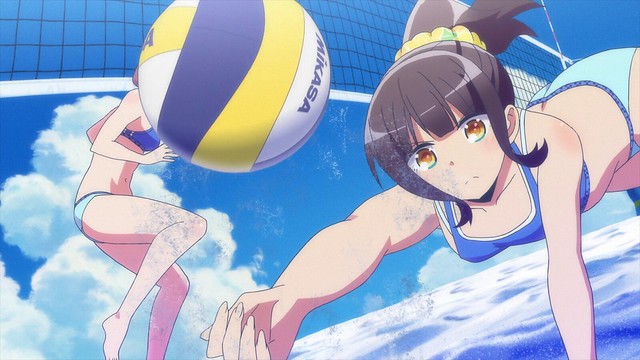 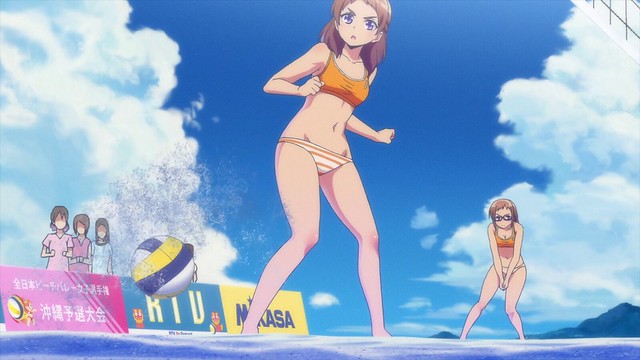 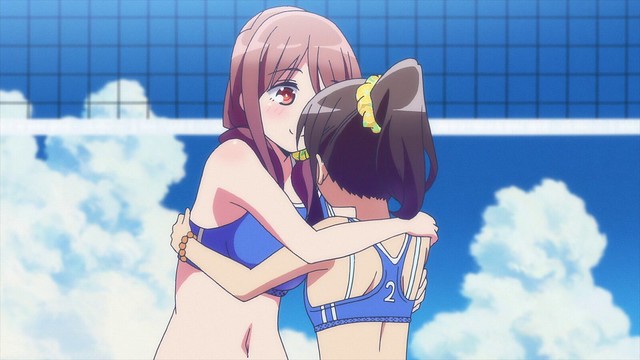 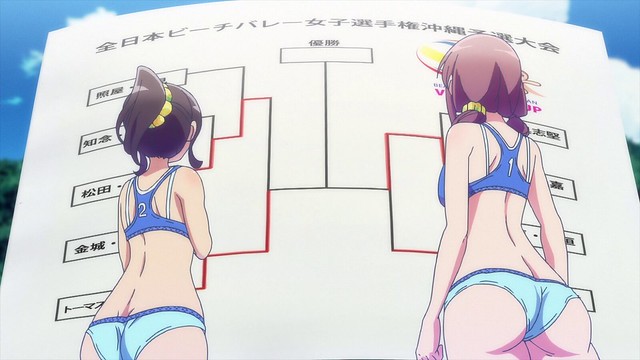 With Haruka and Kanata facing the toughest opponents they’ve played since Narumi and Ayasa, where both Emily and Claire will be going in with nothing less than their best, the upcoming episode of Harukana Receive will be an intense one. While Haruka and Kanata have improved beyond recognition as a pair since the series started, Claire and Emily have the advantage of experience in their corner. They are not opponents to be taken lightly, and so, the tenth episode will likely see the onslaught that brings out the best in Haruka and Kanata. This is their story, after all, and as such, while it is clear that Kanata and Haruka will prevail, the path it takes to reach that point will be a difficult one. This is the only outcome that allows for the narrative to move on, to allow Kanata a shot at fulfilling her promise, and so, while the result is predictable, as with every slice-of-life anime before it, Harukana Receive‘s greatest strength is showing the process it took to get there. Even knowing in advance that Haruka and Kanata will have to best Claire and Emily to make this promise possible, what I look forwards to watching most will be just how intense of a match that will ensue in the upcoming episode. Showdowns between friends are powerful in fiction: to watch people who understand and know one another fight each other creates a highly suspenseful, thrilling moment that keeps audiences on the edge, especially if there is an emotional component as well. Well-known showdowns in fiction have been the subject of no small discussion: from Obi-Wan and Anakin fight on Mustafar, to Steve Rogers and Bucky Barnes squaring off against Tony Stark, such moments have always been powerful from a cinematic experience, and so, with the stakes in Harukana Receive known, one has to wonder if something like beach volleyball can command the same level of anticipation from viewers.

2 responses to “This Is How I Feel: Harukana Receive Review and Reflection at the ¾ mark”