The One I Wanted to Fight: Harukana Receive Episode Ten Impressions and Review

“You do not truly know someone until you fight them” –Seraph, The Matrix Reloaded

Claire and Emily open the scoring in their first set against Haruka and Kanata, pushing the offensive and coming out to a four nothing lead. However, Kanata remains quite unperturbed, and asks Haruka to have faith in her. A nervous Akari watches from the sidelines, and as the match progresses, Kanata begins picking out patterns from Claire and Emily, allowing her and Haruka to begin closing the gap. The intensity of the match picks up, and Akari decides to perform the shequasar dance, encouraging both teams to perform their best. Emily realises that Kanata plays differently now, but reflects on how her own experiences also count for something: up until now, Haruka and Kanata have played on the assumption that Claire would be the power player, and acclimatised to her actions on the court. However, Emily began taking a more active role in their pair after they’d lost to Kanata and Narumi previously. In the present day, Claire and Emily take the first set, and Kanata expresses surprise that Emily’s taken a more offensive role. When the second set begins, Kanata opens with an offensive receive of her own, and scores the first point, wearing a blazing look of determination on her face. Impressed, Emily and Claire realise that Kanata’s back in full now and they are now playing the rematch they’d longed for since that day when Kanata and Narumi defeated them. Harukana Receive‘s tenth episode is the beach volleyball showdown audiences have longed to see, featuring a much higher degree of skill and dynamic moments than previous matches seen in Harukana Receive.

Whereas previous matches were characterised by inconsistent play, the match between Harukana and Éclaire is fluid, precise and purposeful. Éclaire’s superior overall experience allows them to take the lead over Harukana and overcome some surprises with their skill. However, Harukana does not perform poorly – despite having the disadvantage in experience, they’ve come quite a long way themselves. This is precisely why they were depicted as vanquishing two other teams in such a concise manner: Harukana Receive aimed to show audiences that over time, Haruka and Kanata have learned much, overcome their individual weaknesses and have made substantial progress as a pair. By being able to play against other teams with a degree of finesse, Haruka and Kanata show viewers that they are ready to compete against more experienced opponents, setting the expectations for what is to come when they do finally face off against Claire and Emily. The tenth episode does this very well, and Kanata’s calm, collected manner also helps Haruka to focus: she’s constantly giving subtle reassurances to her, and Haruka is able to keep her head in the game. The match between Harukana and Éclaire also serves to explore the Thomas sisters’ background further: the reserved Emily decided to take on a more proactive role in helping Claire out, and Claire herself is a bit of a hothead who can succumb to pressure on some occasions. It gives the characters more dimensionality and opens the next segments of the match up to more exciting play, as both Harukana and Éclaire strive to win. 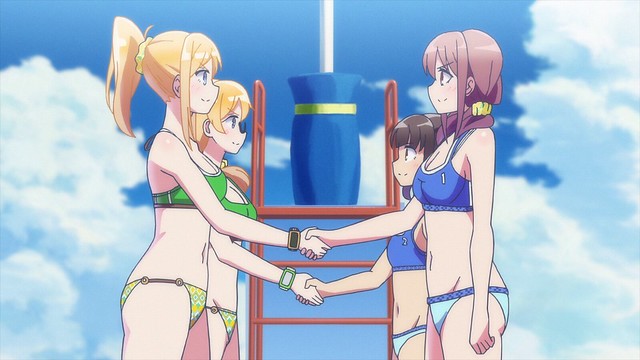 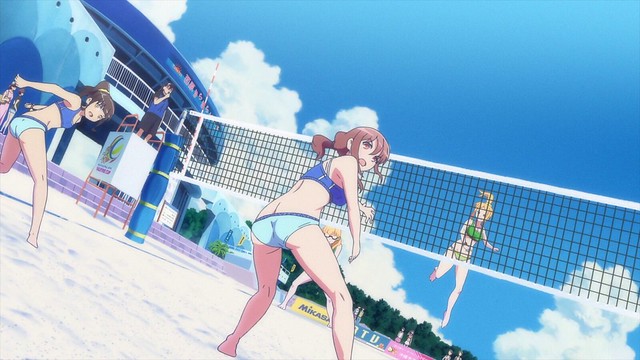 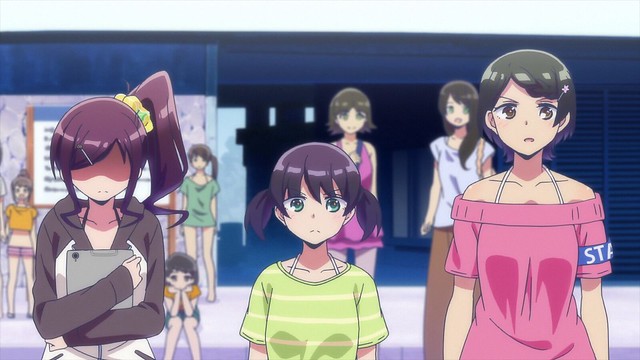 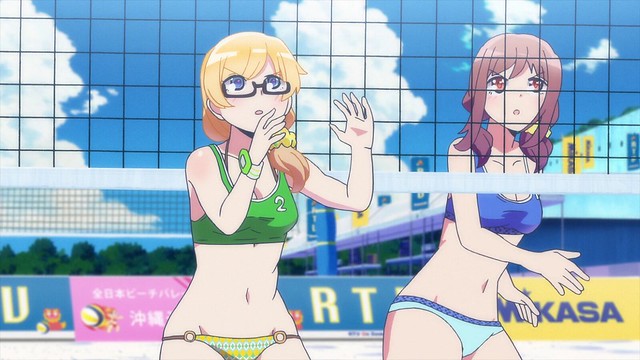 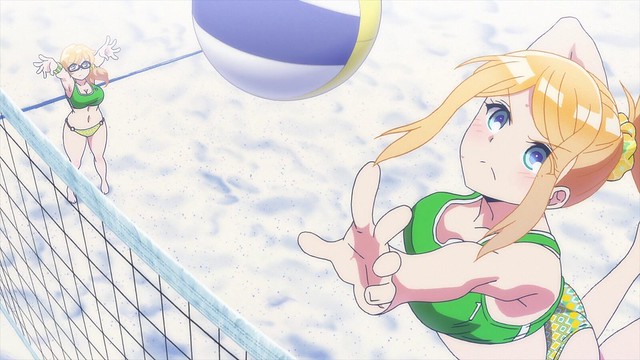 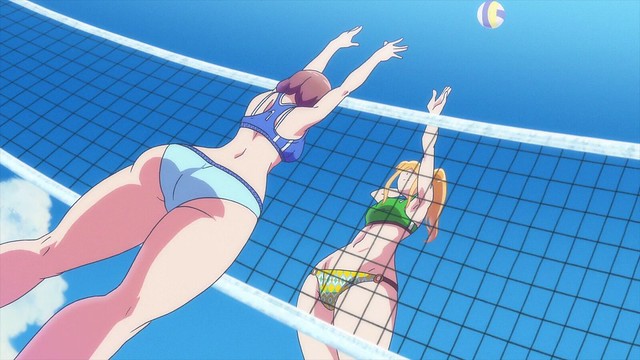 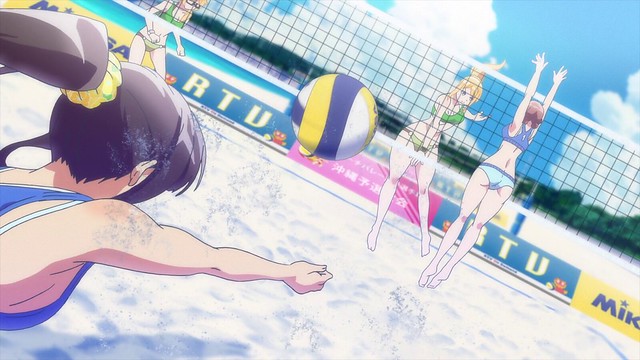 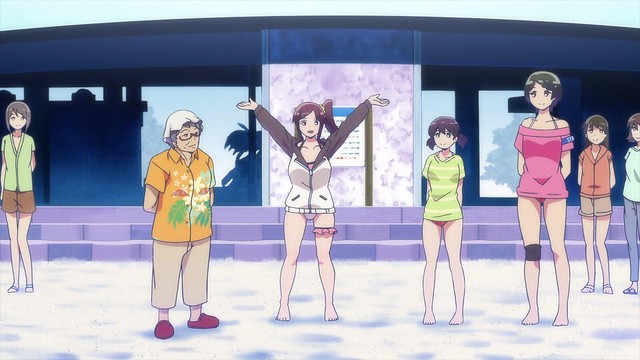 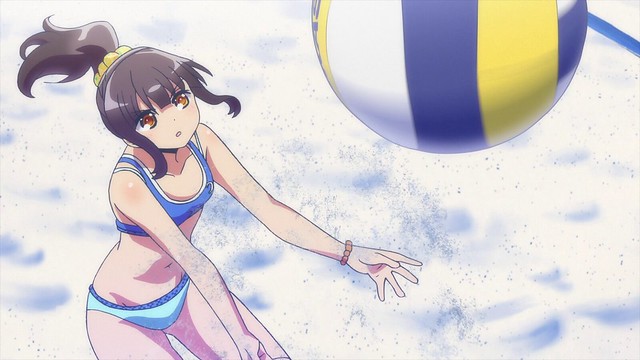 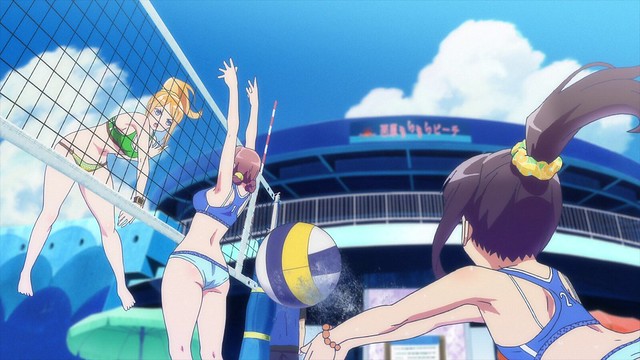 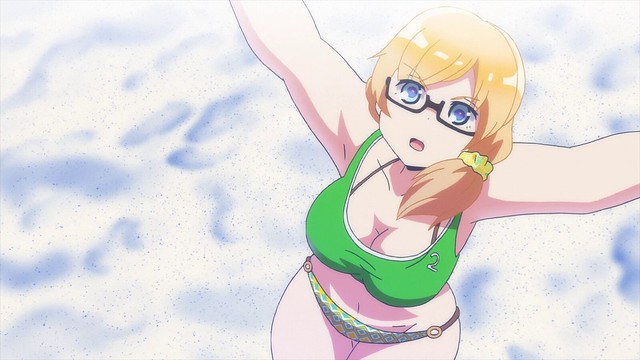 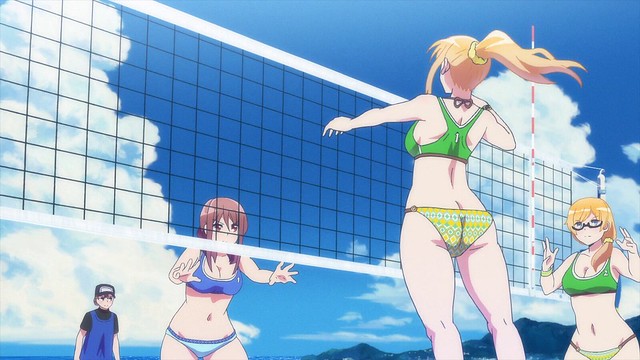 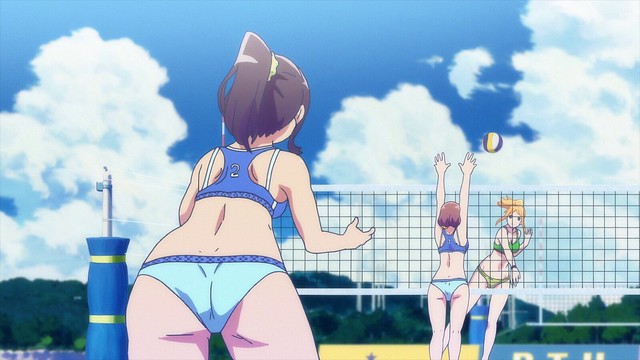 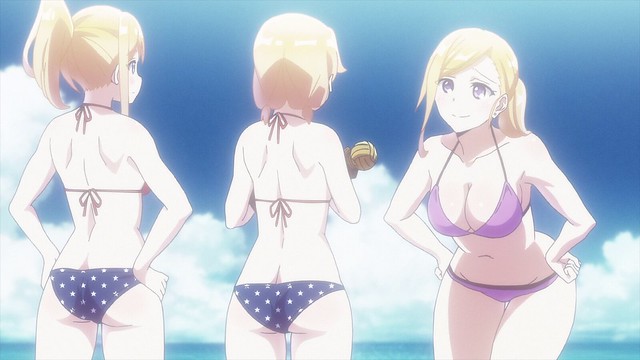 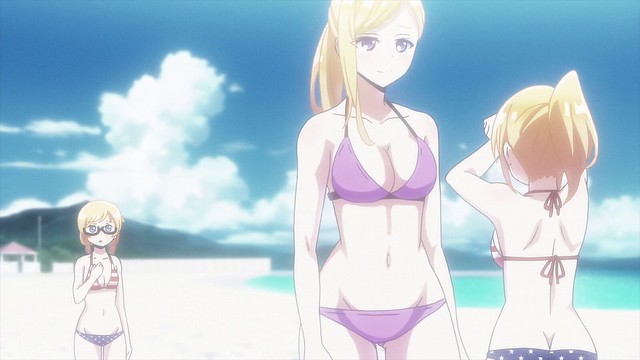 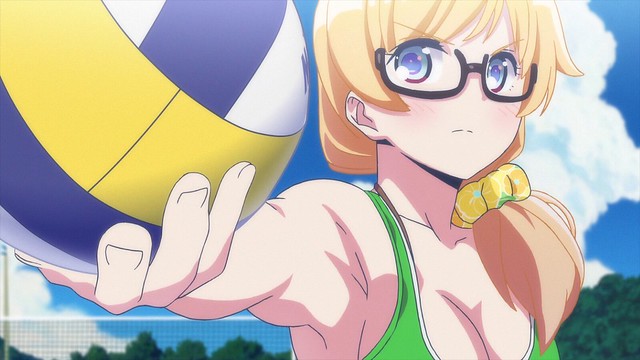 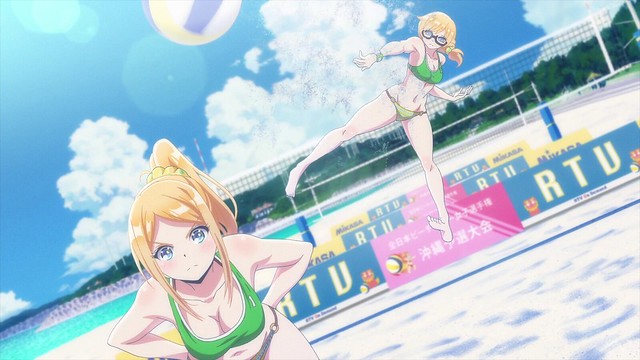 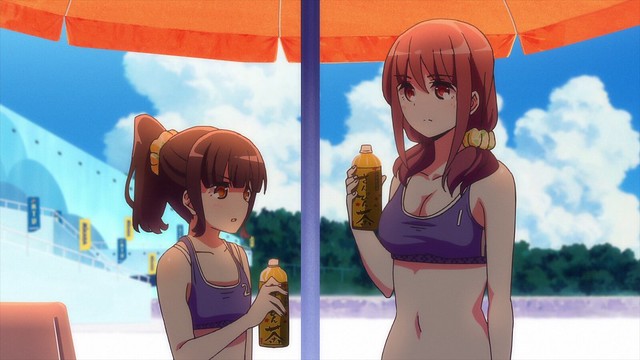 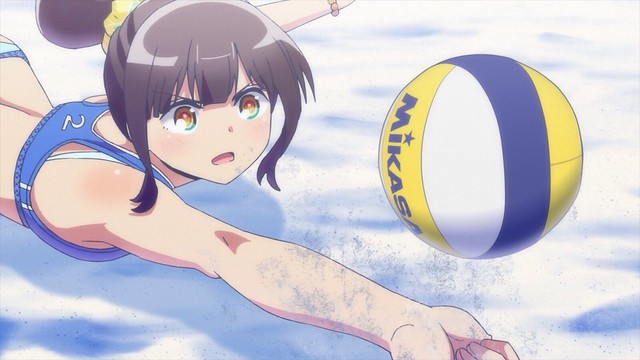 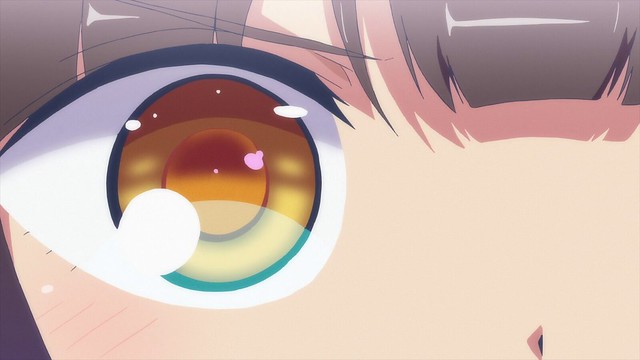 Harukana Receive has been inconsistent in places with its pacing and development, sometimes focusing on minor elements in great detail, while at other times, skipping over things and leaving audiences to accept that there is a certain bit of magic happening behind the scenes. In spite of this, where it counts, Harukana Receive is consistently good in conveying emotional intensity during each match; especially amidst a match amongst friends, the stakes are high, with each team exploiting their knowledge about one another’s strengths and weaknesses to gain the upper hand. However, emotional intensity and friendship are not mutually exclusive – the match sees Harukana and Éclaire being impressed with one another’s performance, and the girls also learn more about one another in ways that they could not under more relaxed conditions. Like Akari, audiences will find it difficult to root for one team or the other, and moving ahead into the penultimate episode, I am certain that a fantastic showing awaits all viewers, as one team must vanquish the other in order to fulfil their dreams in a thrillingly close match that will be quite suspenseful to watch.

One response to “The One I Wanted to Fight: Harukana Receive Episode Ten Impressions and Review”