8 Comments Posted by infinitezenith on September 14, 2018

“The hardest choices require the strongest will.”
“I think you’ll find our will equal to yours!”

Claire recounts her reason for challenging a Kanata whose heart and mind is fully back in beach volleyball: after they’d lost previously, Claire and Emily befriended Kanata and Narumi, training frequently together. However, when Kanata’s resolve faltered, Claire’s drive to beat Kanata on even footing faded away. Back in the present, Kanata is playing for keeps, and together with Haruka, manages to win the second set, bringing the game to a draw. The final set is a first-to-fifteen, and Kanata decides that they might be able to use the wind direction in their favour. Winning the coin toss, Haruka and Kanata take to the upwind side of the court, where Haruka manages to surprise Claire and Emily with top spins in her serves and spikes. However, Claire and Emily catch on and turn the game around. Fatigue begins setting in, and when Haruka smashes the ball into the net, Claire and Emily come within one point of winning. Even at the brink of loss, Kanata remains collected: she’s realised that Claire and Emily are likely also at their limits, and with this knowledge, she and Haruka score twice, bringing the game to a draw. In its penultimate episode, Harukana Receive shows that moments in beach volleyball can be made to fill the length of a full episode and, despite the focus on one match, can nonetheless hold enough emotional intensity to keep viewers focused throughout the entire episode: it is clear that while they might be friends, Claire and Emily have their own reasons for wanting to come out victorious, and so, with a single point deciding the outcome of their match, it now boils down to whichever team has the strongest will to do what is necessary to win, and what is driving this will.

With only a single episode remaining, Harukana Receive has been simultaneously a pleasant surprise and conventional throughout its run; conventional in its portrayal of friendship, sportsmanship and life lessons, Harukana Receive surprises in how it is able to present beach volleyball in an engaging manner, showing the milestones in Haruka and Kanata’s journey in beach volleyball. It is the case that Harukana Receive is very inconsistent in its progression, but having considered that Kanata and Haruka begin playing in a clumsy manner and advance to playing smartly, and how the anime’s depictions of this are deliberate to reinforce this notion, it is conceivable that the inconsistencies in the passage of time are also intentional; Harukana Receive elects not to show all of the path the pair take towards reaching their promise, but instead, chooses to highlight the more pivotal moments in the girls’ journey towards reaching the nationals. The rough spots in Harukana Receive, then, are intended to mirror life itself: it is rarely a straight shot from a starting point to a destination. Sometimes, things occur sequentially and in a manageable manner, while other times, things can threaten to become overwhelming. Aspirations change, become lost and rediscovered. This is the tumultuous nature of life, and while perhaps confusing from a narrative perspective, Harukana Receive utilises it to show that the slower moments in life can be as critical as the higher-paced ones in shaping individuals: something like a day spent shopping for swimsuits or introducing a younger student to a club is counted as meritorious of exploration to the same extent as a tense showdown between Éclaire and Harukana. 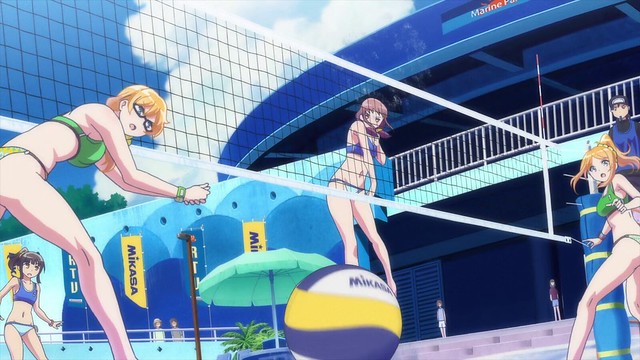 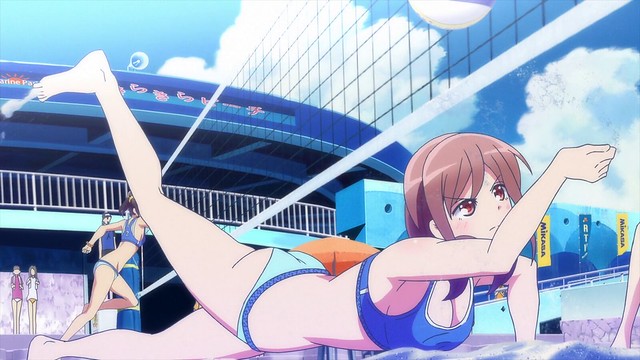 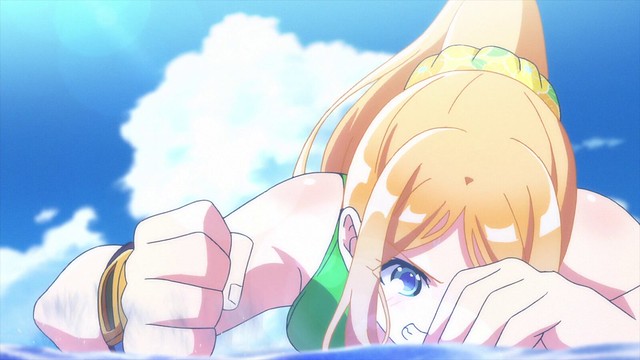 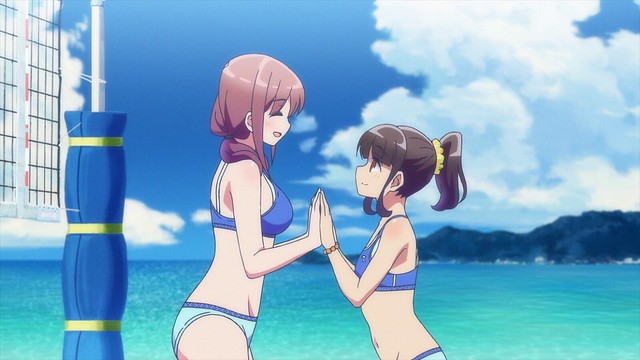 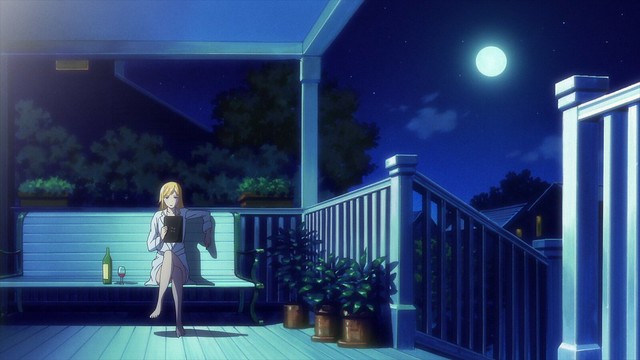 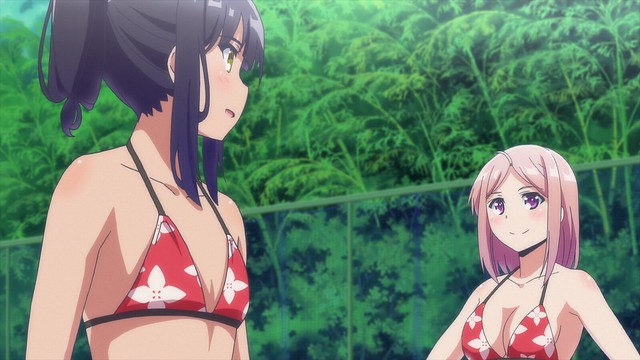 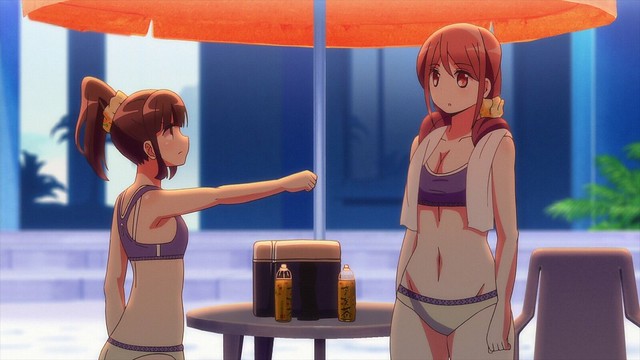 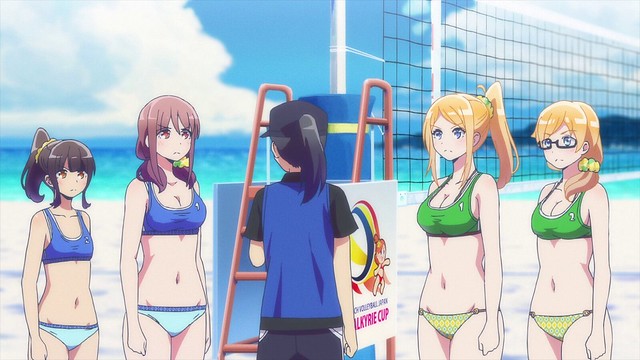 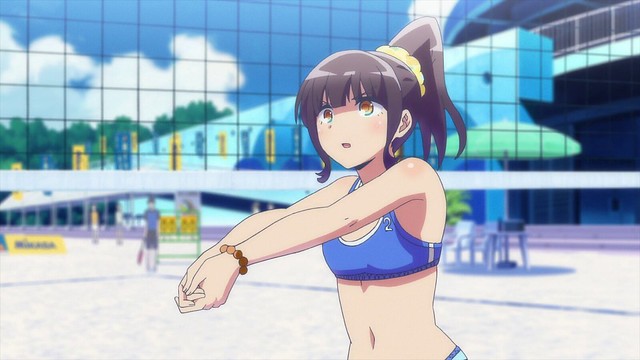 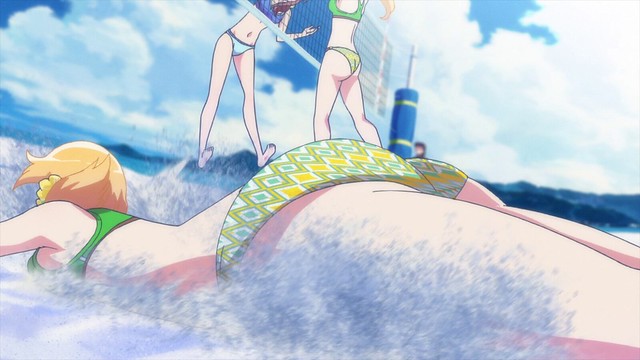 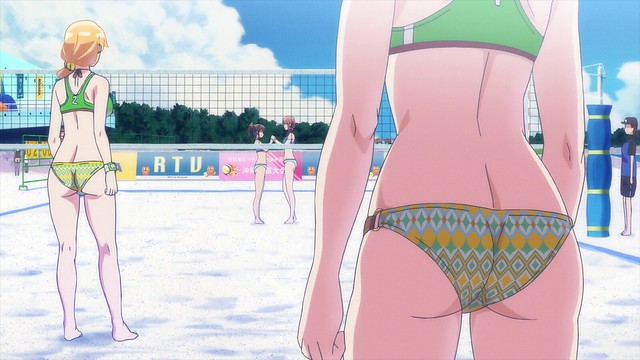 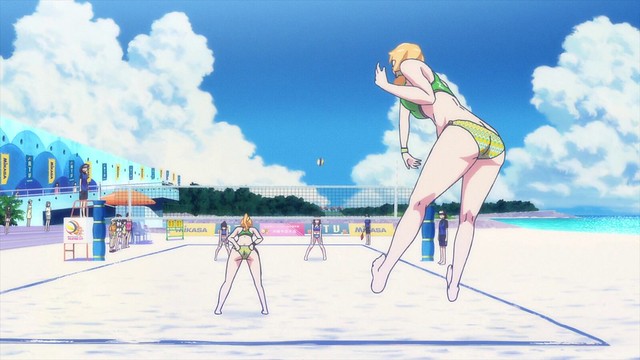 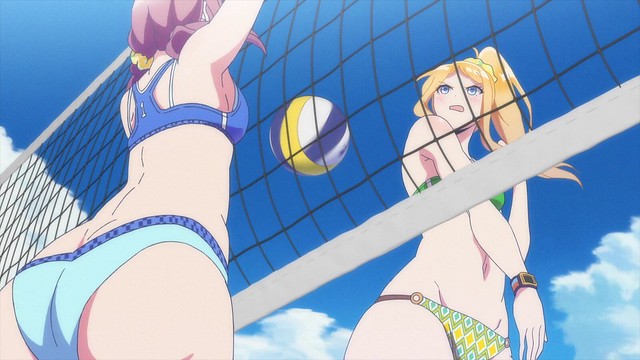 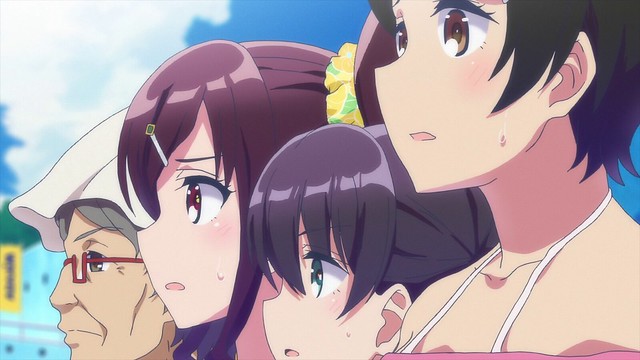 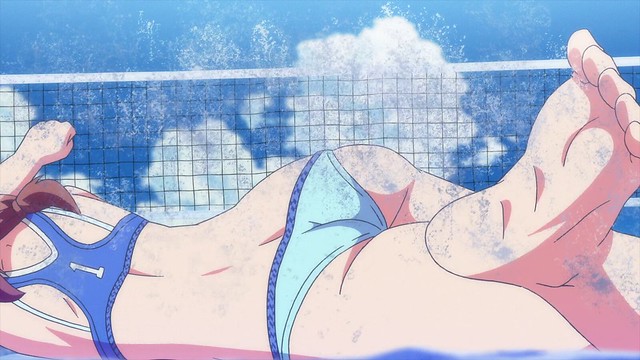 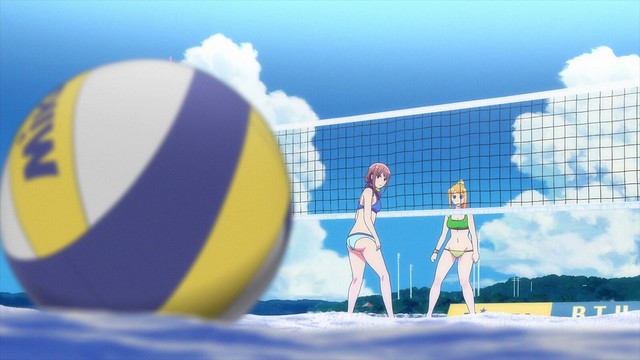 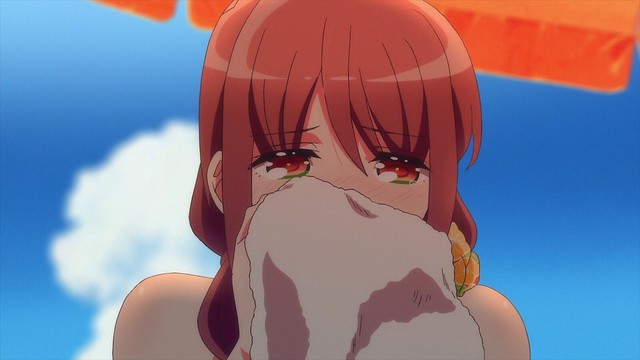 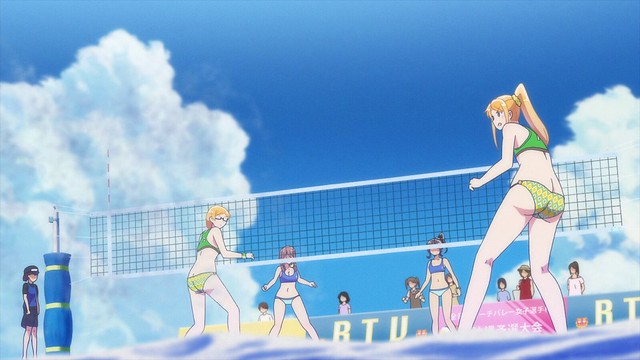 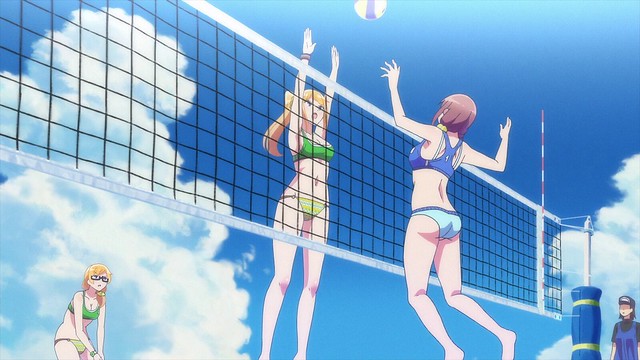 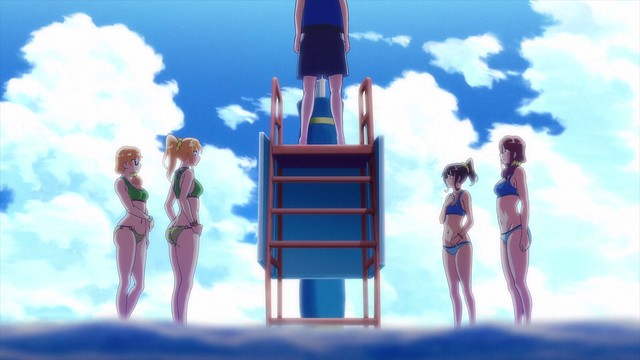 The outcome to this contest of wills is to be settled in the next episode, and as anticipated, even if the outcome is clear, the path taken to reach that outcome has been a thrilling one. Subtle details, from the small grunts the girls make from each receive and return, to shifts in their facial expressions during the match, show that everyone is playing for keeps for their own reasons. The series has proven to be quite a riveting one, and despite slower moments here and there, like life itself, Harukana Receive picks up and slows down to show that both elements are present in life. To depict the series in this manner augments the sense of realism, and entering the last episode, I find myself impressed that what was prima facie a paper-thin justification to eye Haruka ended up being a very clever presentation on the ups and downs, slower and faster moments in life that might feel disjointed or out of place when considered discretely, but in conjunction, come together to give a very specific message on living and discovery. It is a bit surprising that Harukana Receive has reached its eleventh, second-to-last episode so quickly; we are in the middle of September now, and are rapidly closing in on the conclusion of the summer anime season. For the present, one more episode to Harukana Receive remains, and I look forwards to seeing how this series wraps things up following the intense, close match between Éclaire and Harukana.