“When you have seen as much of life as I have, you will not underestimate the power of obsessive love.” –Horace Slughorn, Harry Potter and The Half-Blood Prince

On Valentines’ Day, Tohru is unsuccessful in giving Kobayashi chocolates spiked with a love potion. Kanna receives chocolates from her classmates and Kobayashi shares chocolates at work. Later, Kobayashi accidentally consumes the spiked chocolates from Tohru and becomes drunk. Makoto invites everyone to a hot springs; after a busy day spent relaxing and doing the sorts of things one might do at a hot springs, Tohru gives Kobayashi regular chocolates. Miss Kobayashi’s Dragon Maid is a unique entry among my “Terrible Anime Challenge” series in many ways – besides being an absolutely engaging and enjoyable series, Miss Kobayashi’s Dragon Maid also has an OVA that accompanied the seventh BD volume. Par the course for an OVA, it’s an opportunity to have the characters play off one another in romance, and further becomes a thinly-veiled justification to put the characters in a hot springs; traditionally, episodes such as these contribute very little to the narrative. However, this is not to say that OVAs are devoid of value, and my enjoyment of OVAs typically come from presenting characters in a much more relaxed, or even whimsical moment that shows different aspects to their personalities. In Miss Kobayashi’s Dragon Maid, Fafnir is given more exposition: despite his disdain for humanity, that he goes along with customs such as Valentines’ Day and hot springs trips in reasonable accordance with Makoto indicates a degree of begrudging respect for the things that humanity does.

A mile wide and a mile deep, is how I described Miss Kobayashi’s Dragon Maid in my original review: there was enough by way of themes in the thirteen episodes dealing with acceptance of new culture, the importance of family, shifts in perspective through immersion, not taking things for granted, et cetera, such that audiences could relate to various aspects of the show in their own manner of choosing. Without deliberately and forcibly pressing its messages, Miss Kobayashi’s Dragon Maid presents ideas through everyday events, having the characters learn and discover things naturally. All of this is encapsulated in comedy, making the characters more relatable. The OVA does the same in its shorter runtime – it is a miniaturised Miss Kobayashi’s Dragon Maid, condensing the style and sense of the entire series into a single episode and providing the unique brand of humour the series is known for. In particular, Tohru’s attempts to seduce Kobayashi using a love potion, and Kobayashi catching on was quite amusing. It should be no surprise that Miss Kobayashi’s Dragon Maid utilises its world well to set up humour, and the jokes seen in the OVA have lost none of their potency. 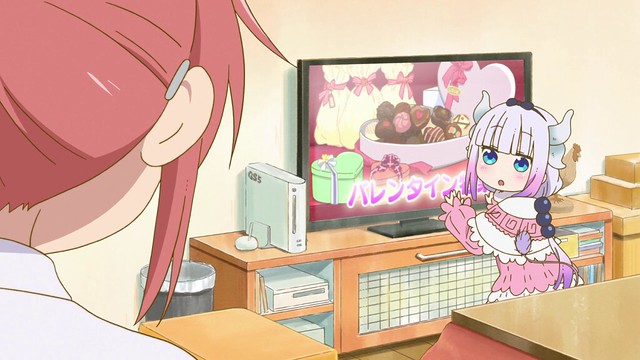 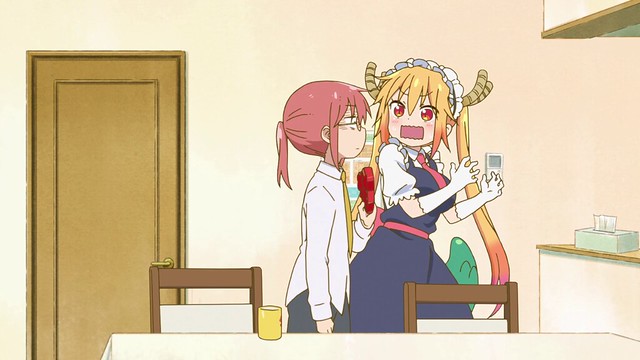 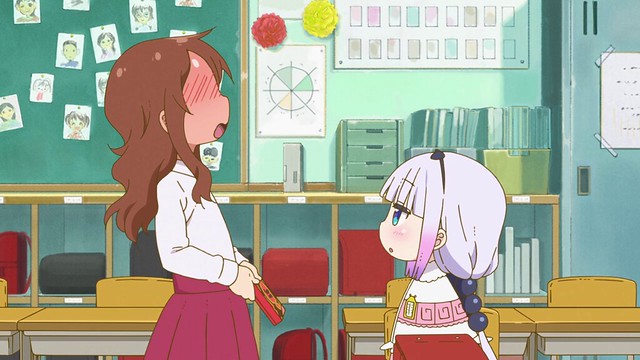 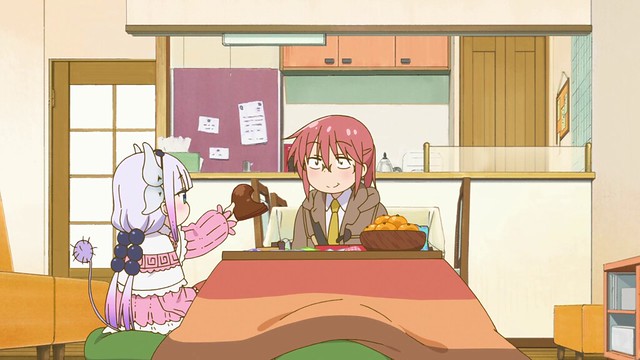 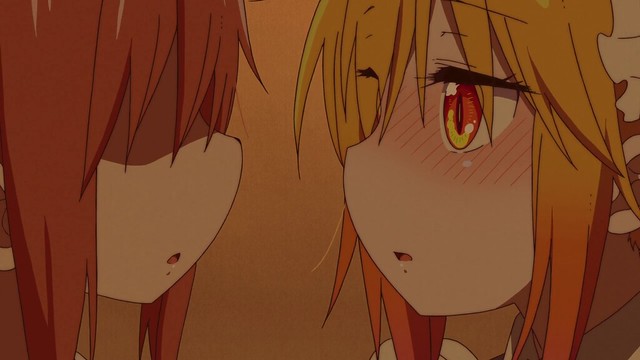 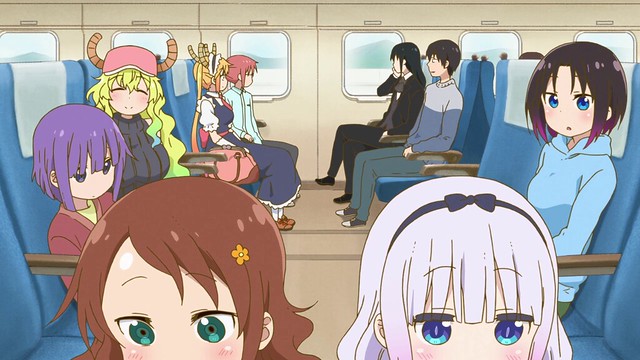 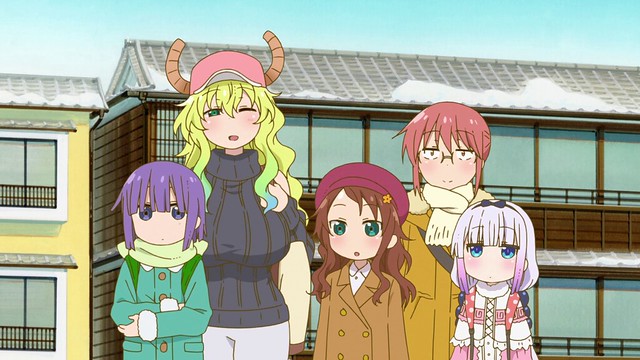 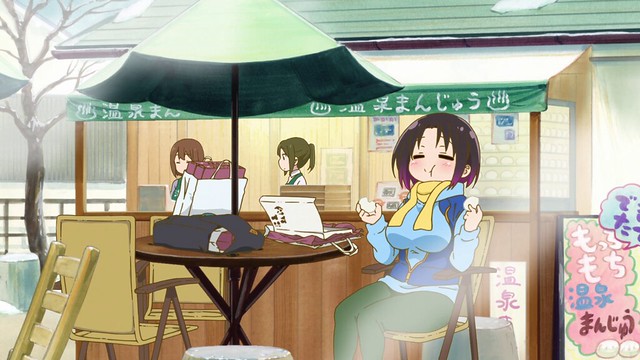 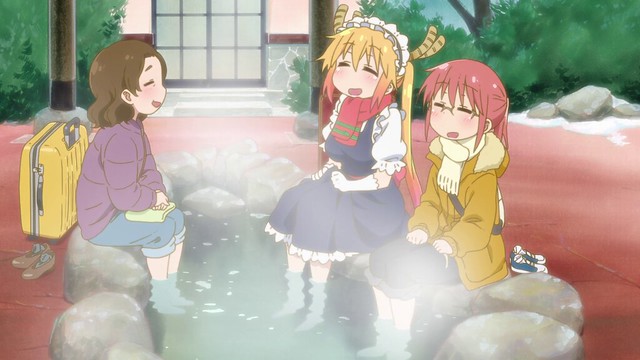 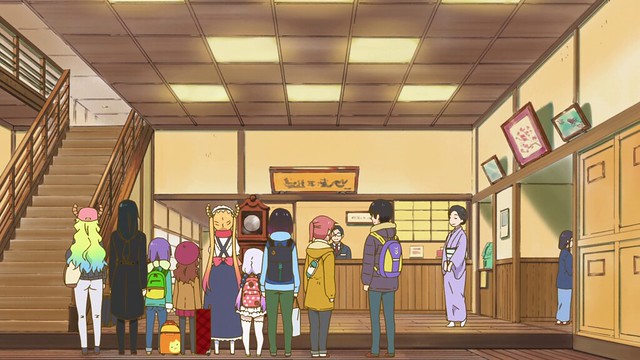 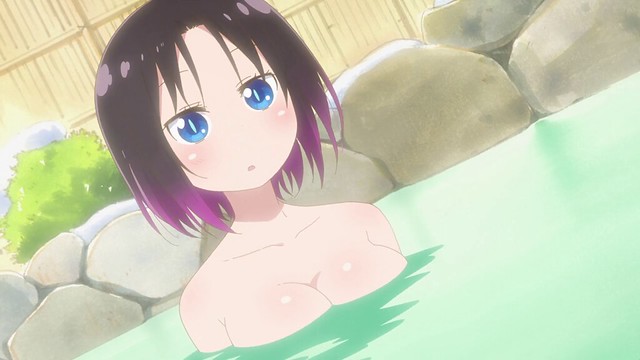 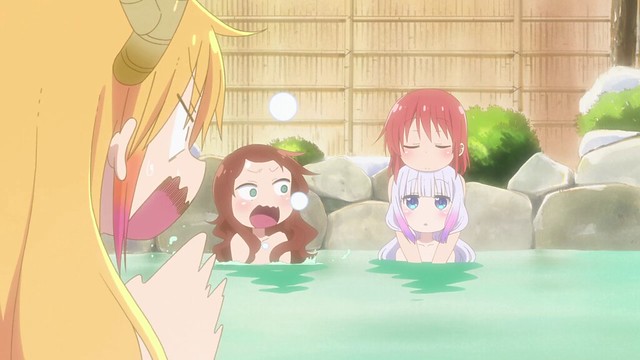 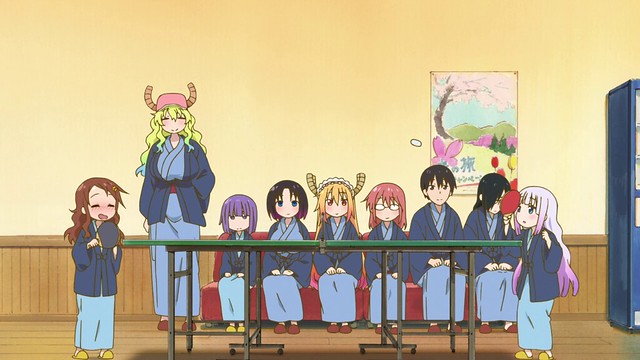 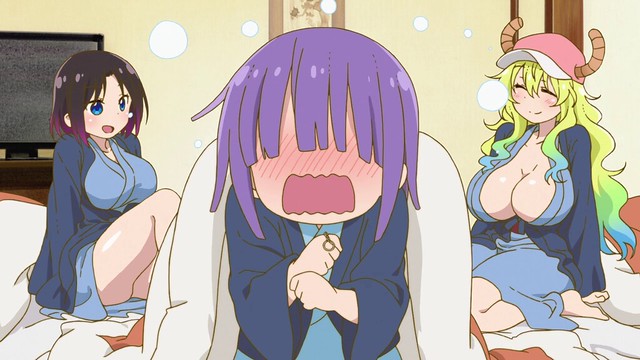 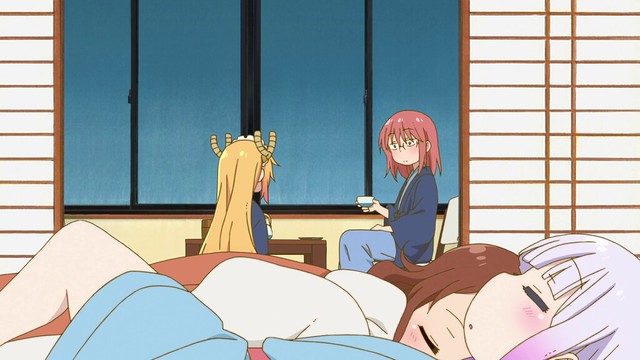 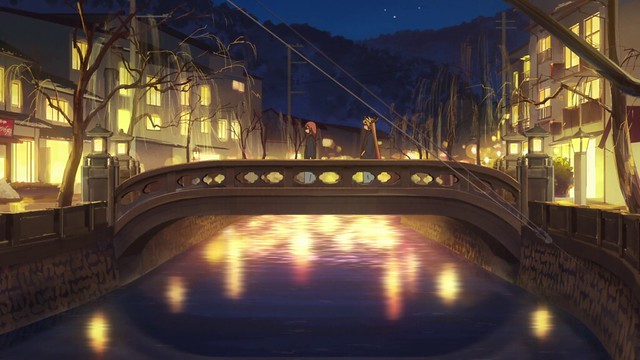 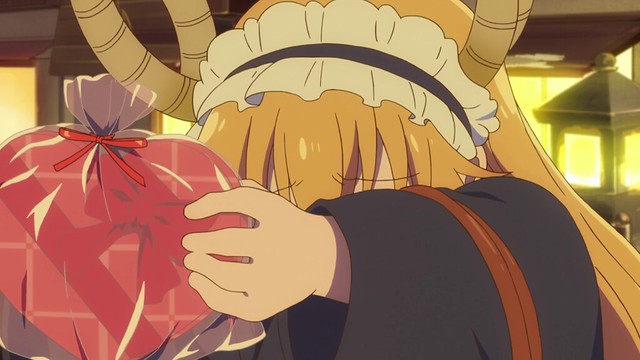 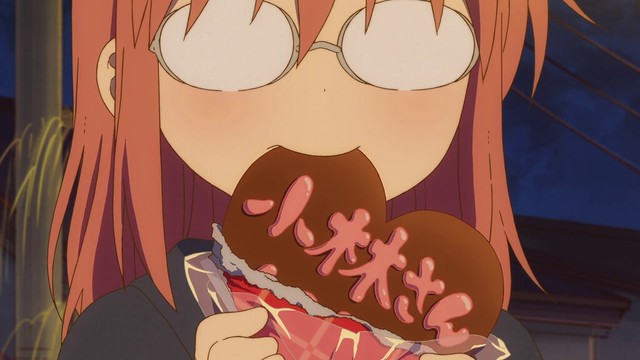 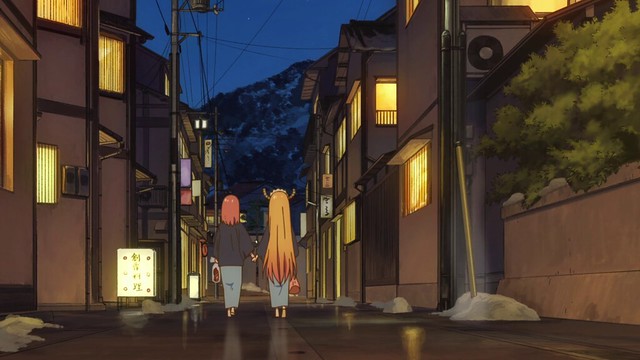 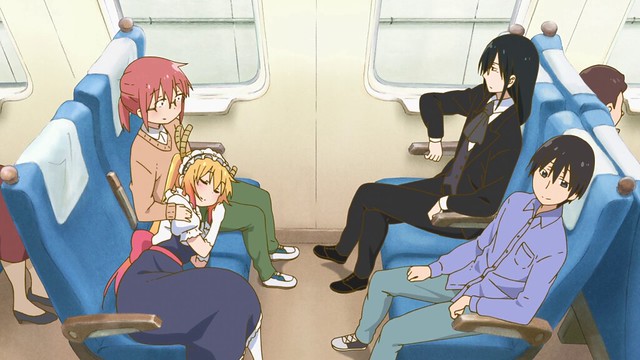 One aspect of Miss Kobayashi’s Dragon Maid that I did not cover in great depth was the overt attraction Tohru has for Kobayashi: I do not give romantic love between female characters much consideration unless it is present in a way that affects the narrative. In the case of Miss Kobayashi’s Dragon Maid, the absence of this romance would mean that notions of family and discovery would not be as straightforward. Often, the strong feelings in romance drive profound changes in individuals, and Miss Kobayashi’s Dragon Maid is convincing in using this as a reason for why Tohru and Kobayashi change over the course of the anime. Further to this, a lack of romance would deprive the series of its ability to convey humour: in its absence, many moments would feel much drier. With this being said, it is quite unnecessary to read too deeply into this; past discussions on romance from an academic perspective have proven to be, quite frankly, a waste of time that yielded little more than hurt feelings. I’m in the business of watching and enjoying anime, not persuading closed-minded people to stop attempting to treat every series as a work demanding literary analysis and comparison with classical Japanese, after all. We step away from this matter and note that the OVA for Miss Kobayashi’s Dragon Maid was released a shade more than a year ago, and with this OVA in the books, I imagine that this is the last time I will be writing about Miss Kobayashi’s Dragon Maid in the foreseeable future.