The Goodbye at the End of Summer: Another Beginning For CLANNAD ~After Story~ at the Ten Year Anniversary

5 Comments Posted by infinitezenith on October 3, 2018

Summer draws swiftly to an end, and on a weekend prior to the continuing of term, Tomoya dreams about his past while watching a baseball game with Nagisa, Sanae and Akio. Akio later asks Tomoya to help him assemble a baseball team ahead of a match with a neighbouring shopping district, and while Tomoya does his best, speaking with a variety of people (including Yuusuke and Misae) with the aims of getting them to join, his mind also drifts towards the future and what it might entail. On the day of the game, Mei shows up as well to meet Yuusuke and watch the baseball game. The game is characterised by the unique brand of encouragement and antics unique to Tomoya and his friends. Despite this, Tomoya’s team takes the lead early into the game. After Nagisa is asked to step up to bat when Akio is injured by a stray bat, this lead is closed. Tomoya manages to score a game-winning run batted in (a play where a batter for making the play that allows a losing team to win) and in the aftermath, celebrates with the Furukawas. While perhaps not starting quite as profoundly as CLANNAD did in its opening, CLANNAD ~After Story~ (~After Story~ from here on out for brevity) opens to a strong start that gives viewers a chance to see the new status quo that has developed since Tomoya asked Nagisa to be his girlfriend. However, despite this change, things in ~After Story~ remain much as they have previously. Tomoya shares a warm friendship with those around him, and where the moment calls for it, can step up to the occasion for those around him. Through moments of hilarity, excitement and energy, ~After Story~ swiftly reintroduces viewers to CLANNAD and the world following the first season: characters are established, and baseball is again used as a metaphor for life events, foreshadowing that nothing is ever certain or final. Although Tomoya and his team may have given up a lead, things are never truly over until they are over. This message, so subtly touched on in the first episode, will return later, and for the present, ~After Story~ brings audiences back to those relaxing days Tomoya enjoys as a new term begins.

While relationships are commonly seen as major life events, ~After Story~ shows that for everything that’s happened, things largely remain as they did before. Tomoya might be a little closer to Nagisa than before, but the excitement and energy he feels from spending time with his friends endures, as do the moments of hilarity. Things feel very much as they did before Tomoya began realising his feelings for Nagisa, and whether it be through his exchanges with Kyou, or wisecracks whenever Tomoyo tramples Youhei, ~After Story~ makes it clear that Tomoya is still the same kind-hearted individual with a penchant for pranks as he was previously. The point that ~After Story~ makes with this portrayal is that on most days, being in a relationship is not so different than being single. There are some days where being in a relationship is count oneself as among the happiest in the world, and yet other days where a relationship feels like a shackle one is doomed to bear. This incredible range of contrast is something that ~After Story~ will explore, and consequently, it makes sense to begin in the realm of the ordinary, giving audiences a chance to gain a sense of what life is typically like for Tomoya. In contrast with the first season, however, this ordinary life is a world apart from the existence that Tomoya knew at the beginning of CLANNAD; living in the moment and looking out for those around him is the new norm, and reflecting this new Tomoya, ~After Story~‘s first episode is a vividly colourful one, filled with warm hues and inviting light. However, such things are also transient: a cooler colour fills the classroom when Tomoya wonders about his future, signalling to viewers that such moments do not last forever. The ending of youth, the ending of those summer days, comes to a close, setting the stage for what is to come in ~After Story~. 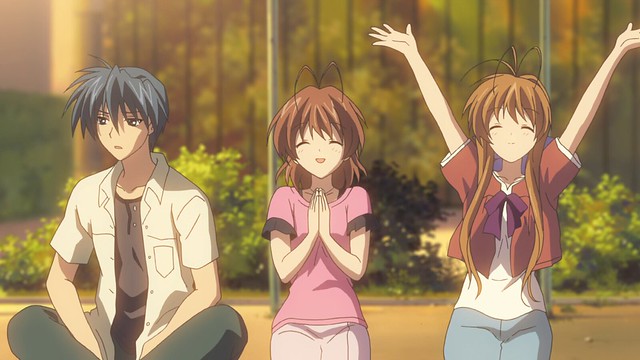 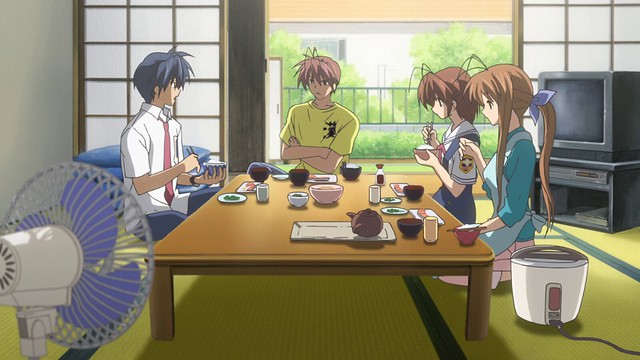 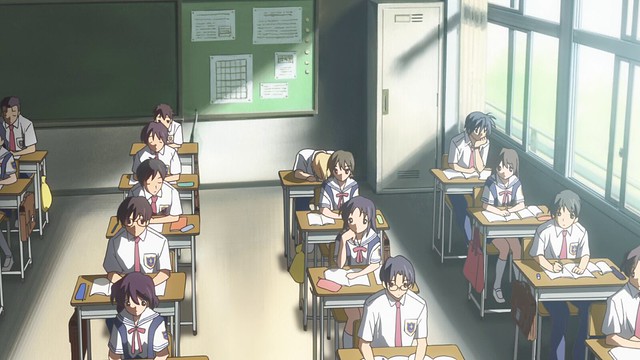 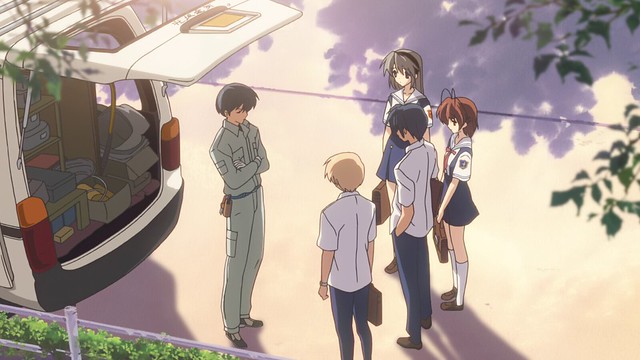 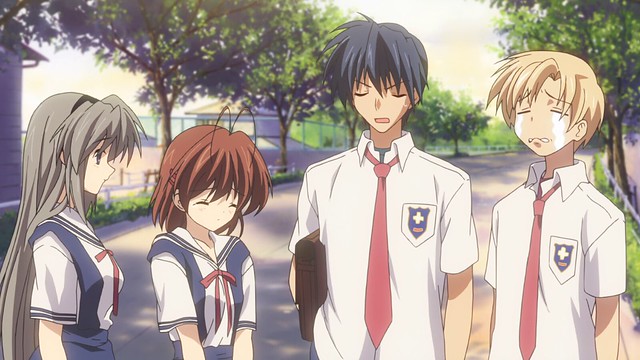 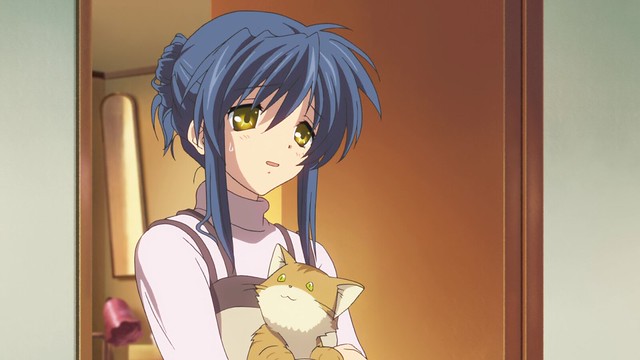 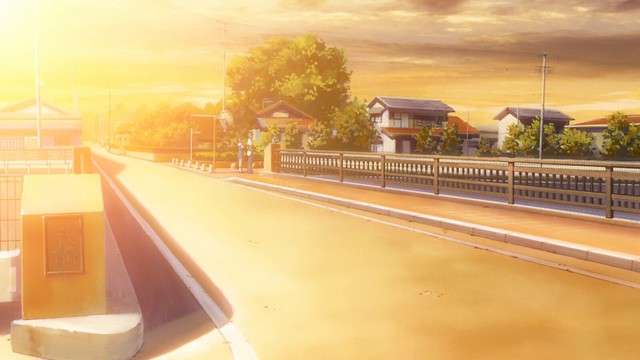 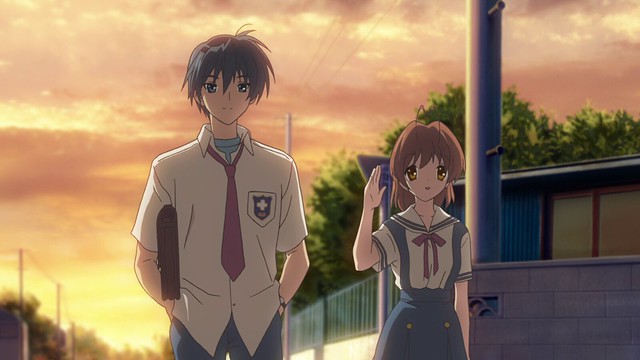 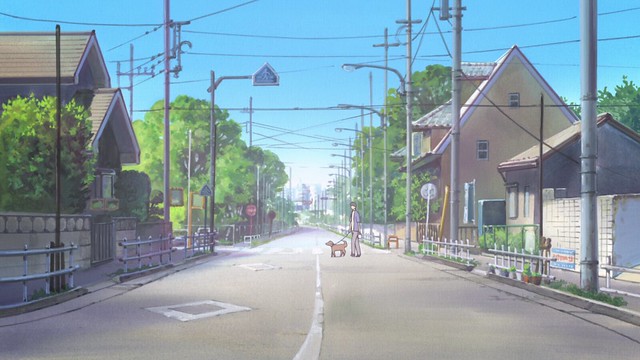 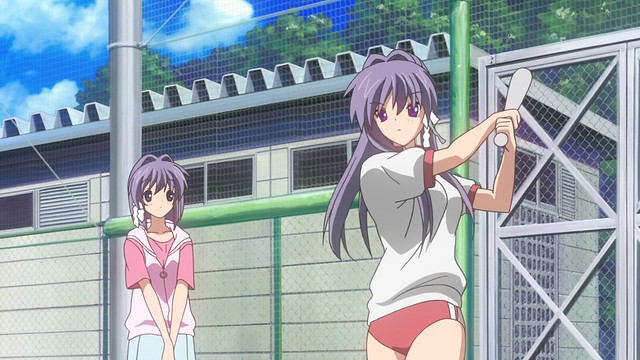 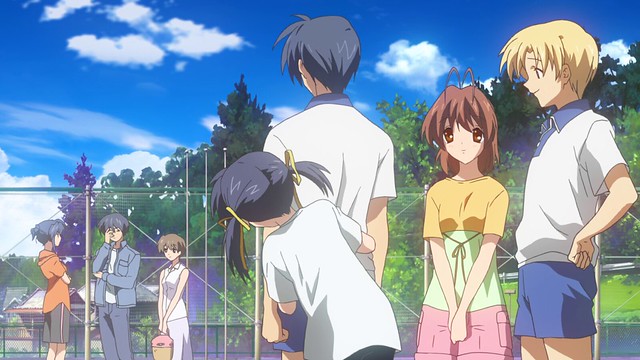 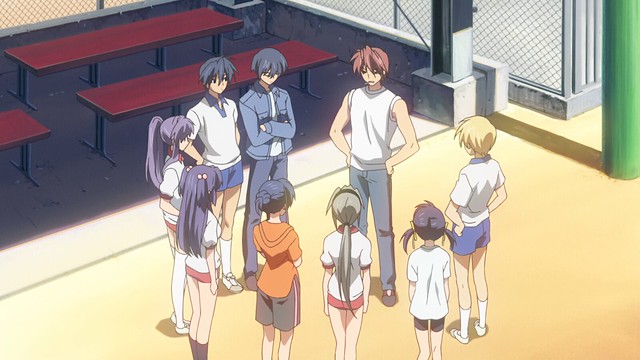 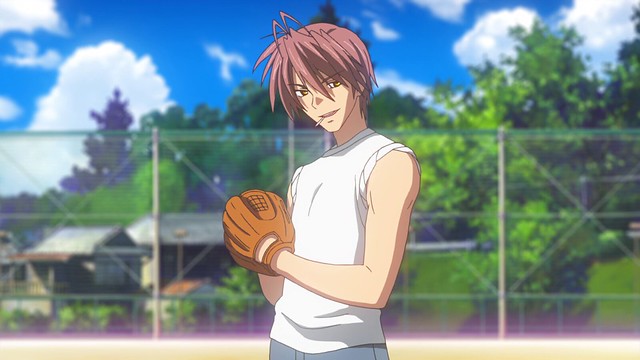 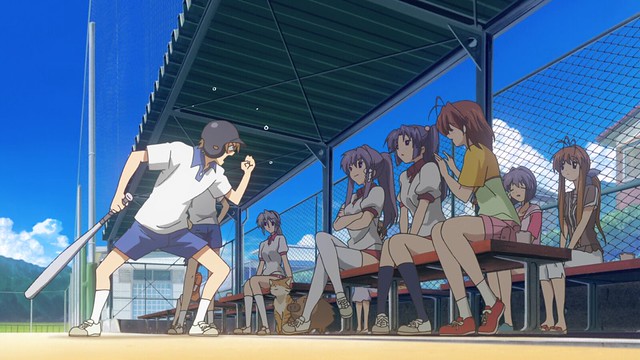 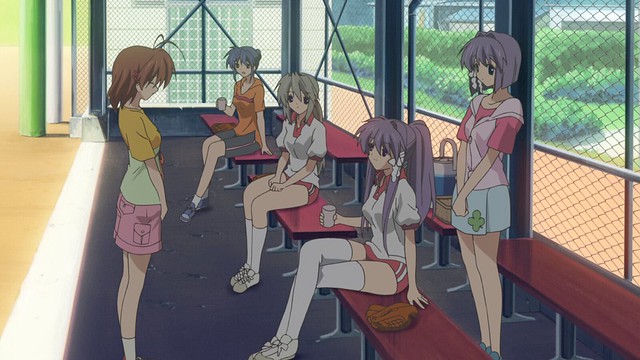 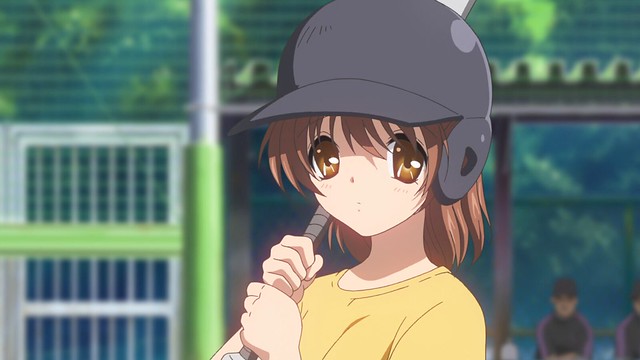 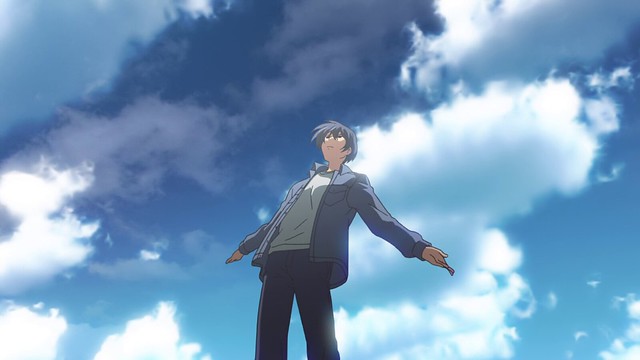 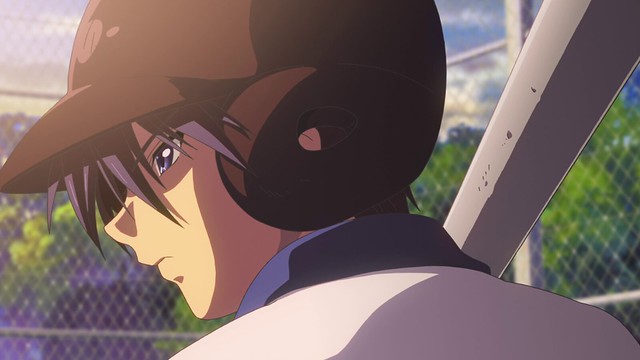 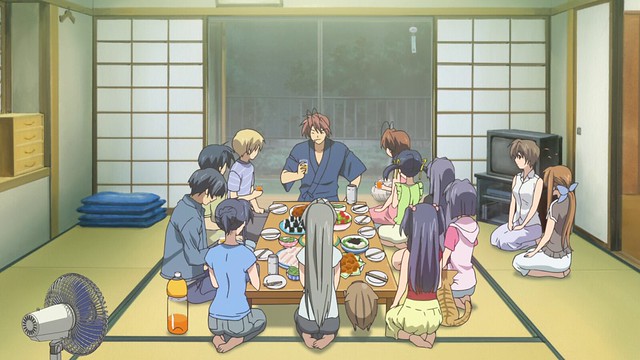 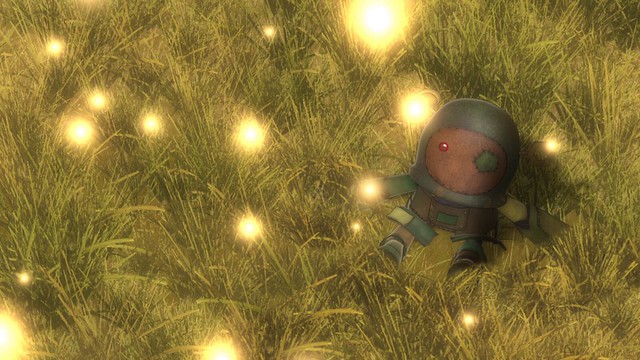 As I have done for the first season’s tenth anniversary, I will be revisiting CLANNAD ~After Story~ in a similar manner as I did for CLANNAD. There are a total of twenty-two episodes in ~After Story~, and as readers have doubtlessly discovered, having me come by, week after week, to do episodic reviews is a bit of a pain in the rear – things get stale quickly, and I find it difficult to write about things on a weekly basis. So, I will be writing about ~After Story~ in arcs. However, ~After Story~ is not quite as well delineated as its predecessor; some stories are shorter than others, others are longer, and others yet serve to set the stage for ~After Story~‘s final act. I am still determining what the best way to break down ~After Story~ is for the present, but I will note that writing for this will be an interesting exercise in introspection: even more so than CLANNAD, ~After Story~ led me to re-evaluate who I was and what I was doing with my life, as well as help me understand what it was I wanted from life. It’s been over six years since I went through CLANNAD and CLANNAD ~After Story~, but the messages and ideas this particular story imparted on me have endured, attesting to the timeless character of the writing in this series. Six years is a considerable amount of time, and so, while I’ve largely forgotten what specifics about ~After Story~ that made it such a life changing experience, the opportunity to write about this series in full at the ten year anniversary means that I’ll certainly rediscover the magic that is CLANNAD ~After Story~ anew, and this time, armed with six more years of life experience, I think I can offer thoughts on things that were not possible the first time I watched CLANNAD.

5 responses to “The Goodbye at the End of Summer: Another Beginning For CLANNAD ~After Story~ at the Ten Year Anniversary”