Irozuku Sekai no Ashita kara (The World in Colours): Review and Reflections After Three, and Applying Lessons from Glasslip

2 Comments Posted by infinitezenith on October 20, 2018

“I once stood in your place, and I, too, was disrespectful. So, might I offer you some advice? Forget everything you think you know.” –Baron Mordo, Doctor Strange

Hitomi Tsukishiro is a high school girl who comes from a family of magicians. Suffering from achromatopsia as people important to her departed, Hitomi lost much of her enjoyment of the world around her and is perpetually alone. On the night of the summer fireworks, Kohaku, her grandmother, decides to send Hitomi back sixty years into the past so Hitomi can meet her younger self and learn about the colourful nature of youth. When Hitomi arrives in the world sixty years previously, she finds herself in Yuito Aoi’s house, and causes a minor ruckus when attempting to escape. She meets with Kohaku’s grandmother and mother, who runs a magic shop, and transfers into the same high school as Kohaku. While Kohaku is abroad, she meets Asagi Kazeno, Kurumi Kawai, Shō Yamabuki and Chigusa Fukasawa, members of the high school’s photography club. She also comes across Yuito for the first time while locating her jewel, she discovers that his artwork is vividly colourful and grows intrigued with him. While Hitomi attempts to hide her magic at school, her newfound friends express a willingness to accept her and manage to recruit her into the photography club. Meanwhile, Hitomi aims to improve her magic and show Yuito again. A journey of acceptance and self-discovery, Irozuku Sekai no Ashita kara (From the Colour-Changing World’s Tomorrow, or The World in Colours for brevity) is the latest of P.A. Works’ projects. Featuring thirteen episodes, The World in Colours is off to a solid start in creating a sense of intrigue with its premise. As the lead, Hitomi struggles to connect with those around her, bringing to mind Wakana Sakai of Tari Tari, who was similarly distant until she met Konatsu and Sawa. Over time, Wakana became more expressive and warm, helping her friends around her while rediscovering her own love for music and overcoming her regrets in not giving her mother a proper farewell. While Hitomi’s story remains open for exploration in The World in Colours, her initial personality, and the small spark of friendship’s potential for development after three episode means that this anime is one that commands intrigue.

The last time P.A. Works dealt with a narrative set in a real world with magical elements was 2014’s Glasslip, which ended up being counted as a disaster for being unclear, incoherent and vague with its themes. At its core, Glasslip was intended to showcase the uncertainty of youthful love by suggesting that even with supernatural intervention, love is too complex to predict and will run its course naturally. However, ill execution caused the series to lose most of its viewers, and of those who insisted otherwise, numerous falsehoods were construed and propagated like wildfire. By comparison, The World in Colours is very clear from the onset as to what it intends to accomplish; by putting the reserved and stoic Hitomi with the boisterous and forward Kohaku, and with a supportive group of friends who genuinely care, The World in Colours demonstrates that about people first and foremost. Magic, only subtly present through the glass beads and “fragments of the future” in Glasslip, is very visible in The World in Colours – this deliberate choice is to make it clear that while some things can only begin with supernatural intervention, it is ultimately the people around her, and Hitomi’s own decisions, that will have a tangible outcome on her life and world-views. While still early in the season, there are signs that The World in Colours has definitely taken lessons learned from the debacle that was Glasslip and applied them here. Magic is much more prominent, and the characters’ way forward is much more visible. The expected outcome of this is a series whose message and corresponding enjoyment factor will be quite enjoyable: should the writing remain solid and consistent as The World in Colours continues running, I anticipate that viewers will find this series much more palatable than the likes of Glasslip. 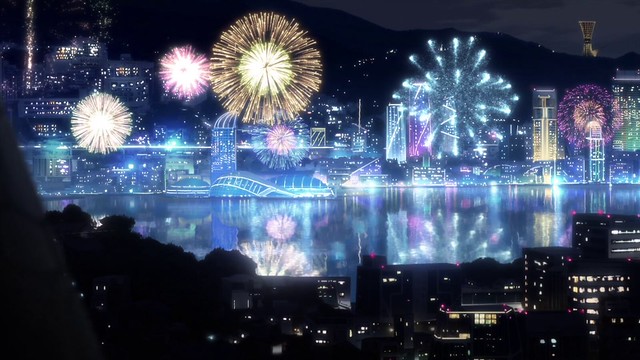 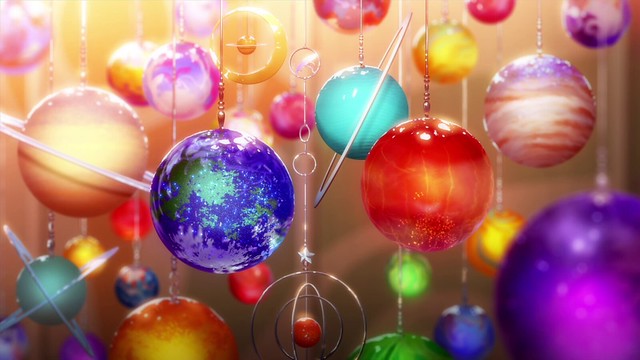 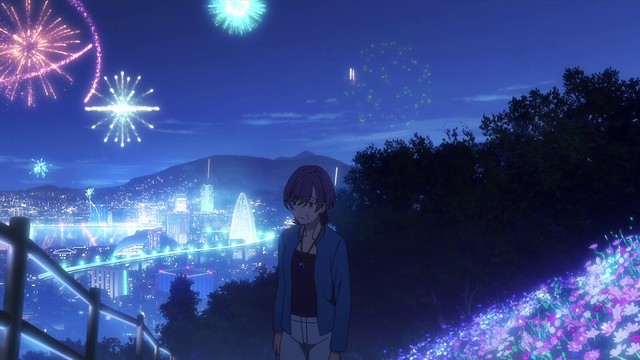 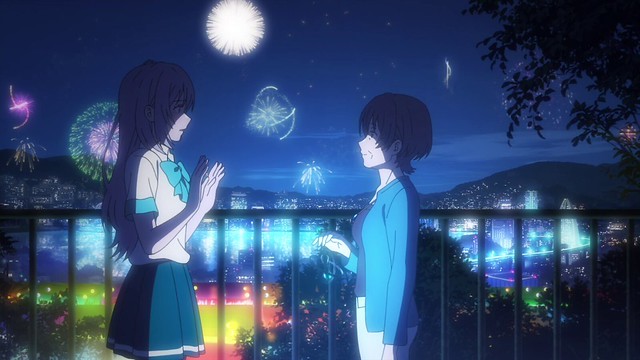 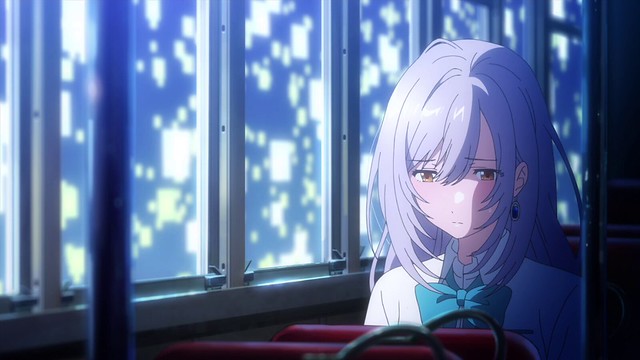 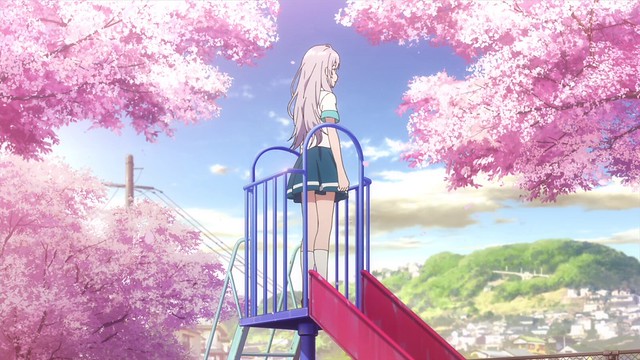 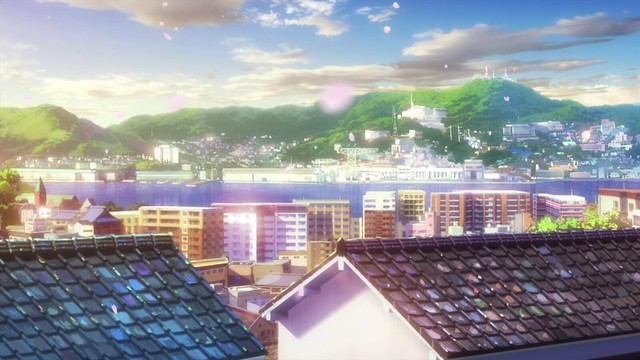 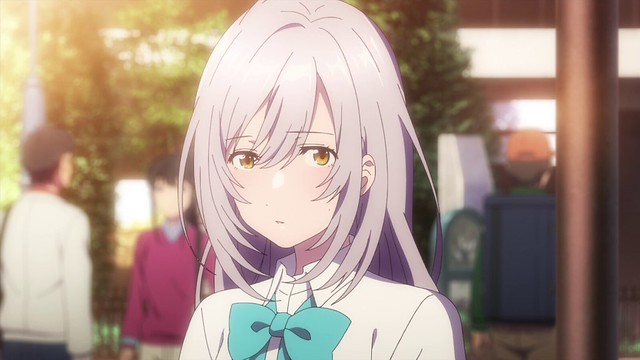 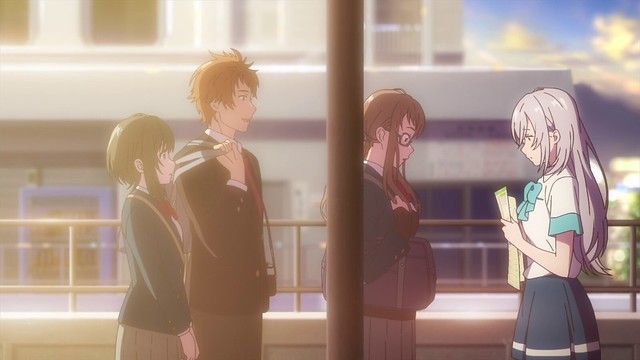 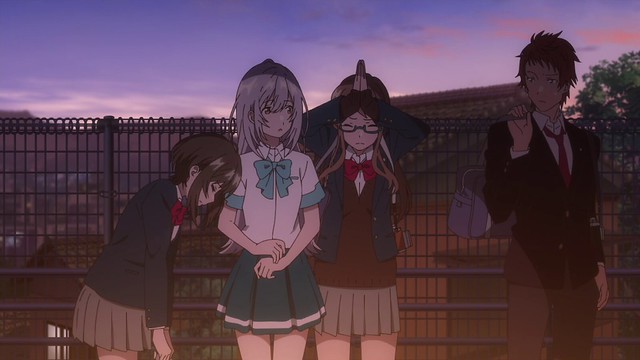 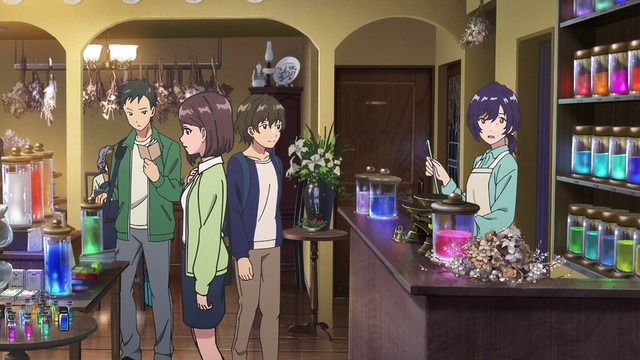 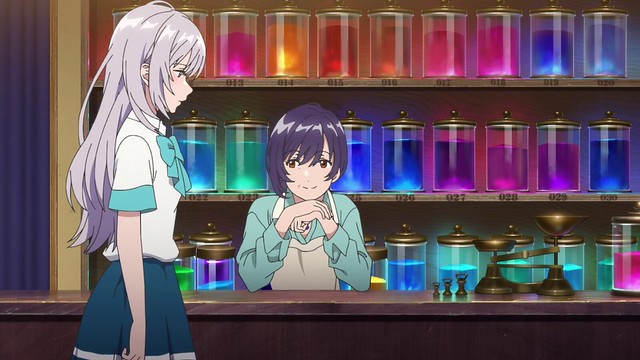 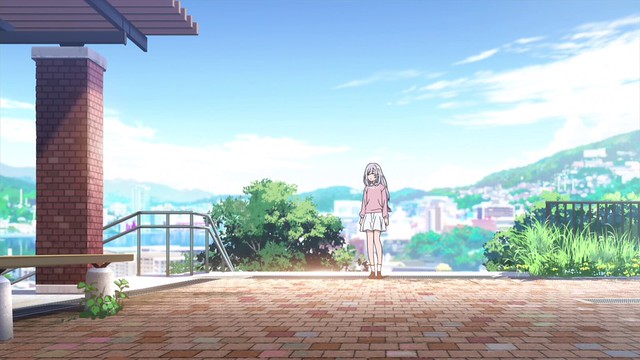 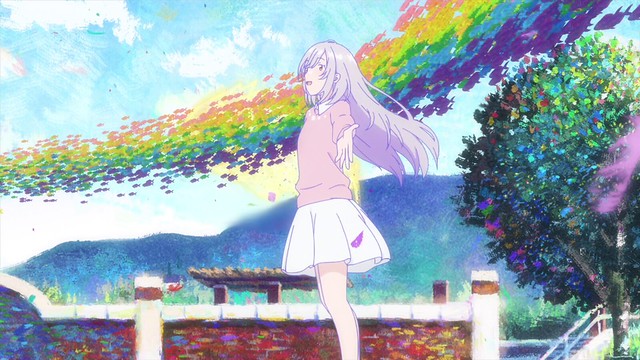 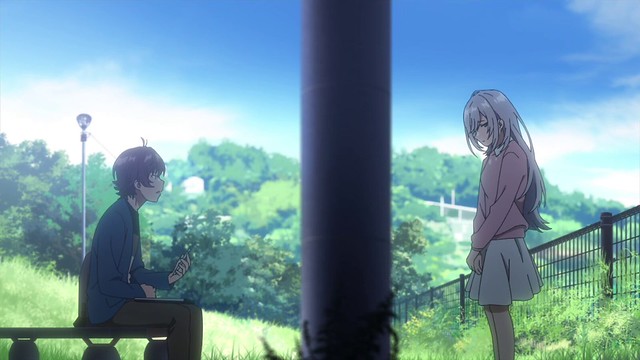 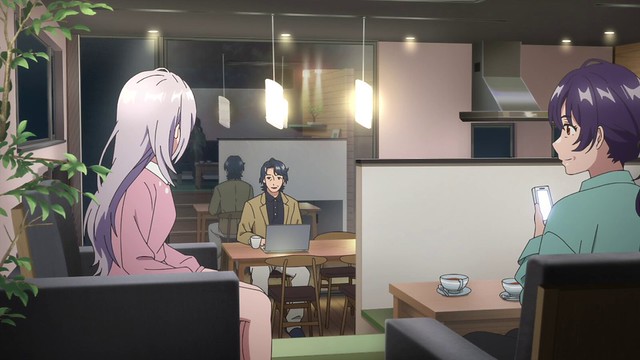 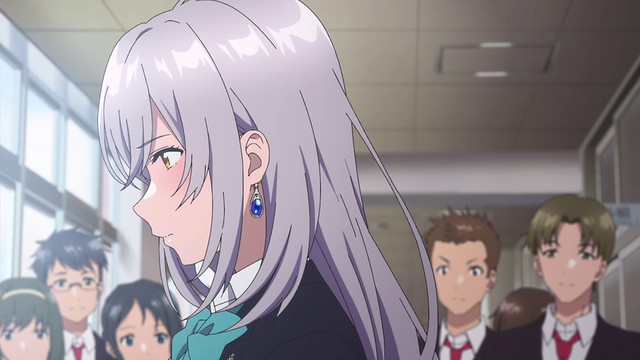 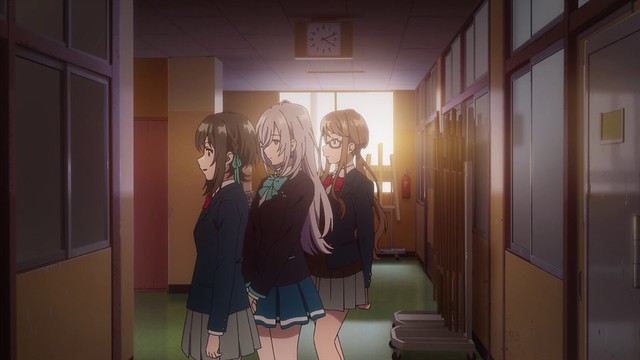 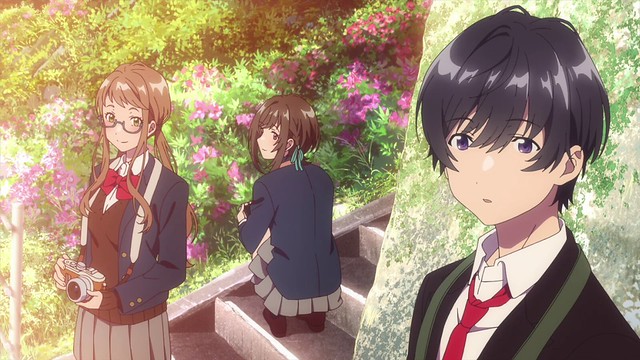 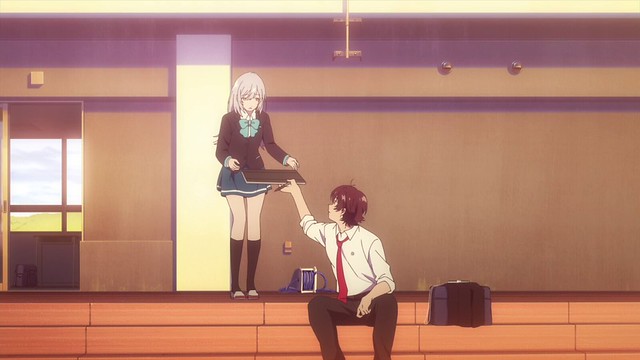 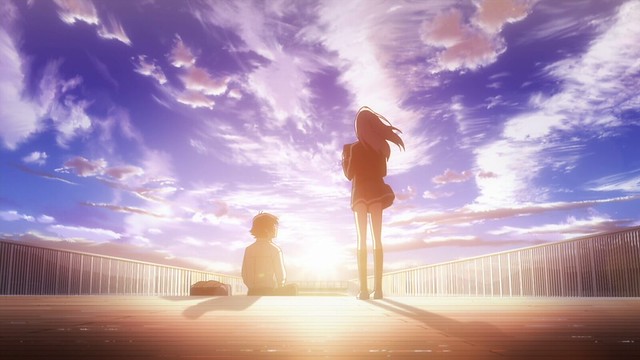 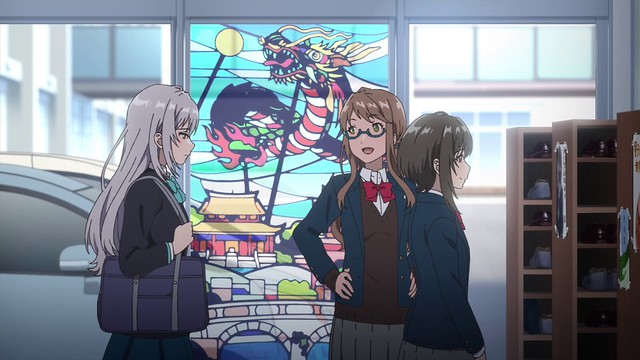 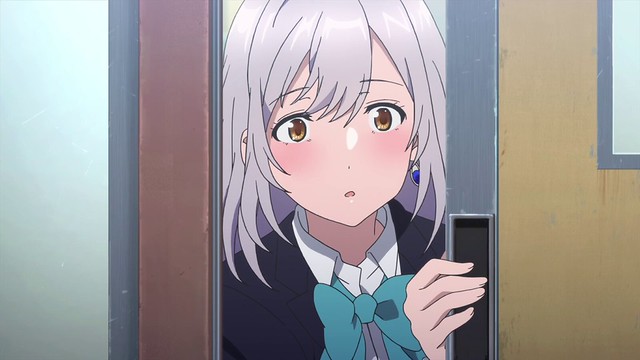 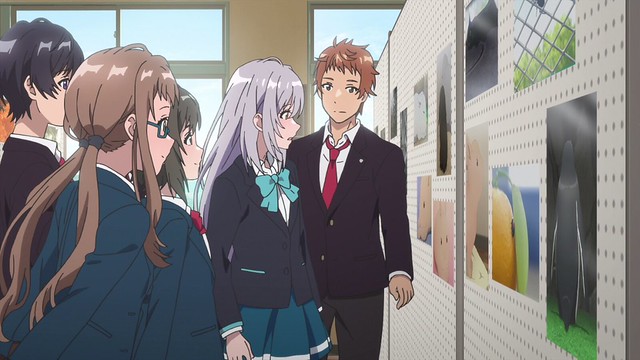 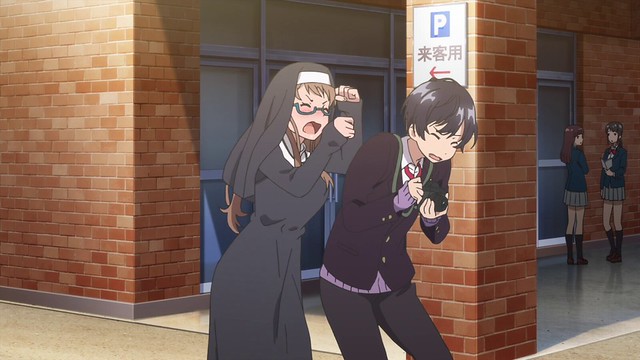 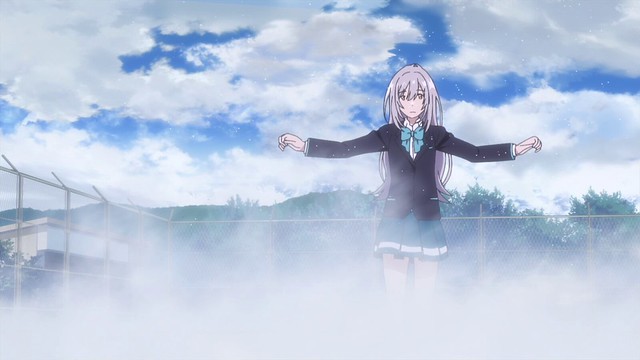 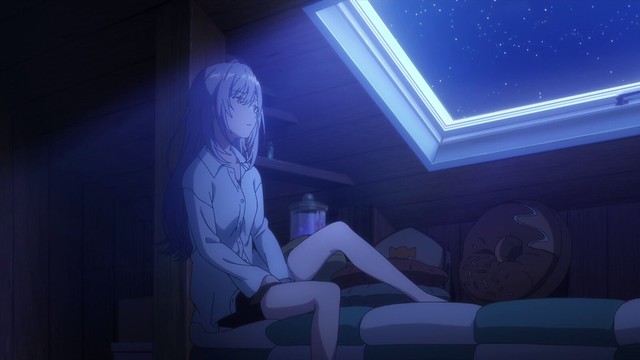 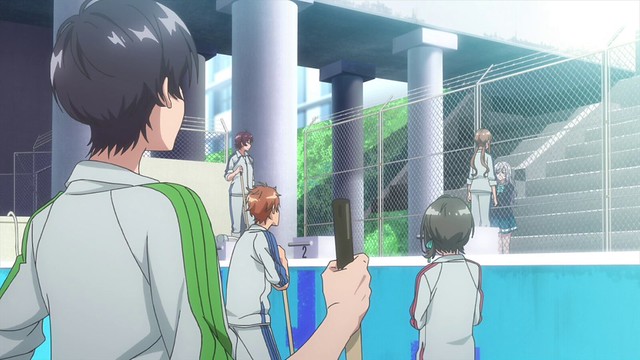 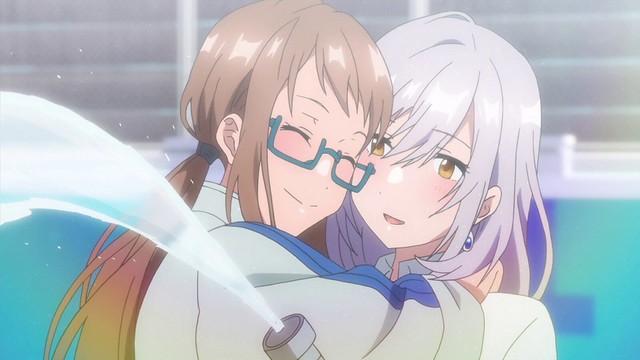 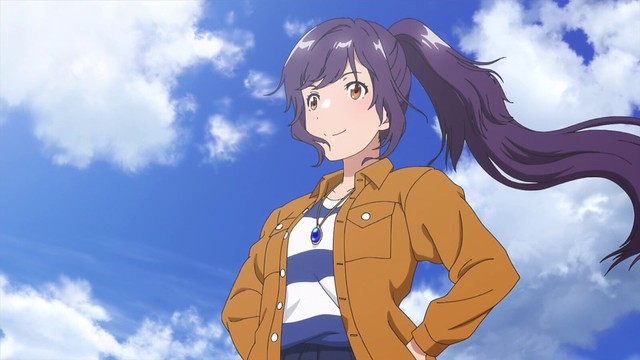 With its beautiful artwork, a captivating premise and the promise of a journey that will be quite unique in its own right, The World in Colours has definitely held my attention. P.A. Works has consistently produced series with exceptional artwork, rivalling the likes of Kyoto Animation in quality. At their best, P.A. Works creates masterpieces that use strong artwork and animation to bring fictional worlds to life: Angel Beats!, Hanasaku Iroha, Tari Tari and Sakura Quest stand P.A. Works’ strongest titles to date, telling compelling stories through their authenticity and emotional impact. The World in Colours is dealing with a range of elements, from magic to everyday life at school – life is rarely so straightforwards, and going ahead, the anime does have quite a bit to deal with. All of these elements, if balanced well with Hitomi’s growth, will contribute to creating a rich, detailed world for her to rediscover magic and its positives. I am looking forwards to what lies ahead for The World in Colours, and because there is be quite a bit to cover in conjunction with a general lack of interest (understandable, considering the mess Glasslip left in its wake), I am inclined to write about this one every three episodes to consider some of the more interesting points The World in Colours looks to bring out.

2 responses to “Irozuku Sekai no Ashita kara (The World in Colours): Review and Reflections After Three, and Applying Lessons from Glasslip”