“It’s hard to beat a person who never gives up.” ―Babe Ruth

Kohane Hatoya becomes enamoured with cheer-leading after seeing a riverside performance and decides to take it up when she becomes a high school student. On her first day of high school, after learning that her school has no cheer-leading club, she decides to start her own and decides to recruit experienced cheerleader Hizume Arima. While her initial efforts are unsuccessful, her persistence moves Hizume, who relents and agrees to join. They begin training, although Kohane’s wavering motivation appears to be an impediment. With Uki Sawatari’s assistance, Hizume is able to convince Kohane to keep moving forwards. Kohane longs for Uki to join the cheer-leading club, as well – she sees Hizume’s performance and consents to participate. However, exam season is upon the girls, forcing them to put their club activities on hold while they study. Later, the girls’ cheer-leading club becomes approved as an association, and turn their efforts towards helping fellow classmate Kon Akitsune convey her feelings to her private tutor. This is where we are three episodes in to Anima Yell!, this season’s Manga Time Kirara series that follows Kohane’s journey to become a cheerleader.

Like beach volleyball in Harukana Receive, my knowledge of cheer-leading is very limited, although insofar, this does not appear to be an impediment. Anima Yell! is immediately familiar to folks who’ve seen Manga Time Kirara series previously, and here, the notion of putting a club together is a very well-worn one. Having seen clubs all manners, from light music, to yosakoi, resurrecting a club and embarking on a journey with friends, old and new alike, is a staple in Manga Time Kirara. Messages of discovery, camaraderie and overcoming challenges are universal, and as such, series such as Anima Yell! have well-known outcomes before even the first episode has aired. In Anima Yell!, cheer-leading is the topic of focus; protagonist Kohane has no trouble fitting the role of a cheerleader, possessing all of the energy and very little in the way of physical capabilities. By comparison, her friends are rather more disciplined and physically capable of the role – as their journey progresses, Kohane will learn more about herself and her friends as they build up a small cheer-leading unit. What will be motivation to watch Anima Yell!, then will be the nature of the journey that occurs. 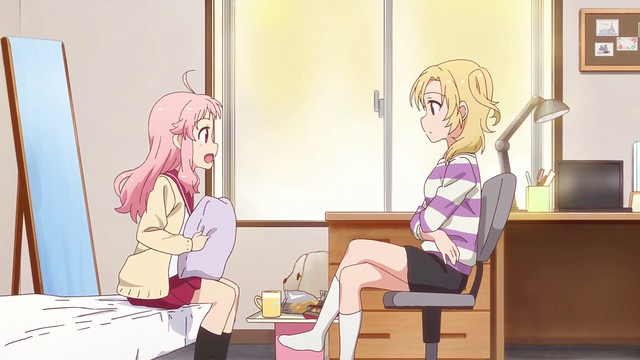 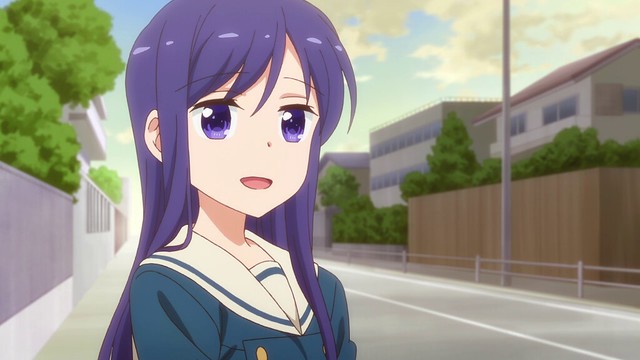 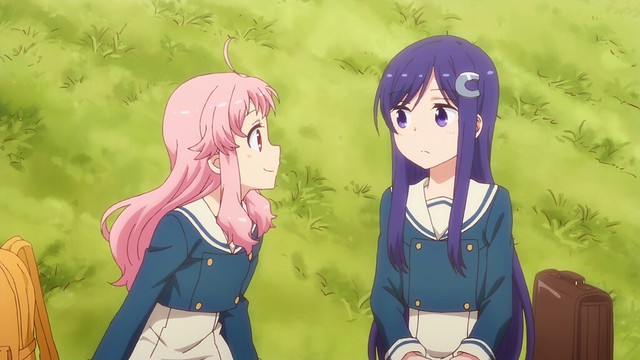 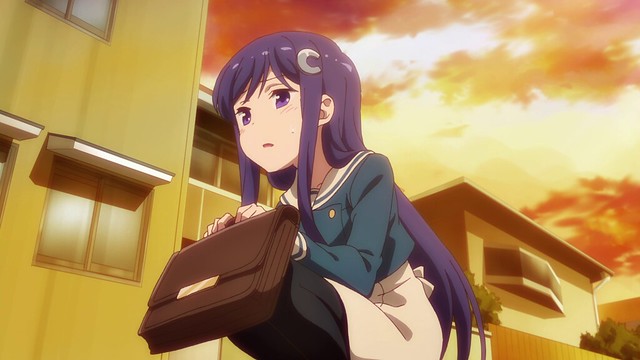 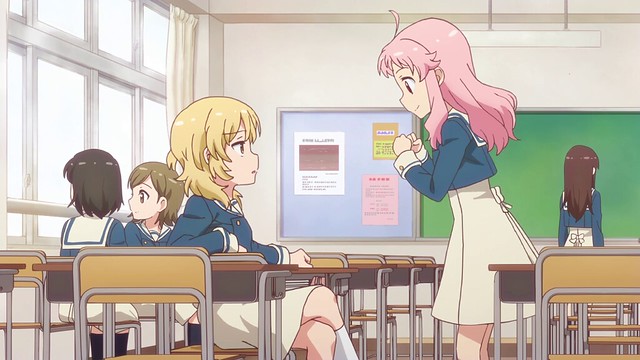 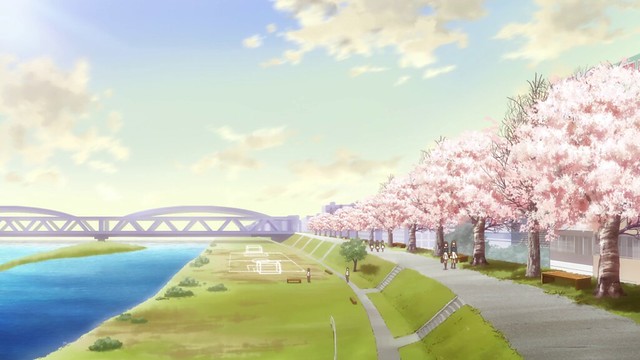 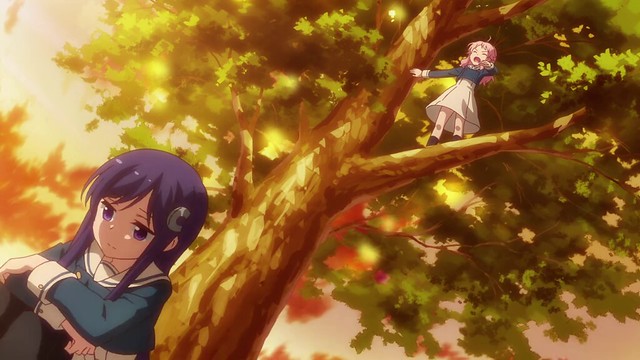 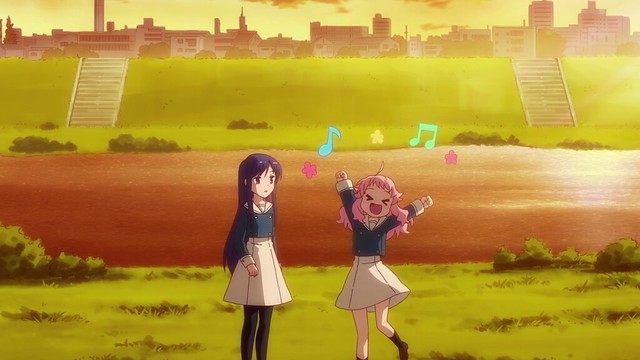 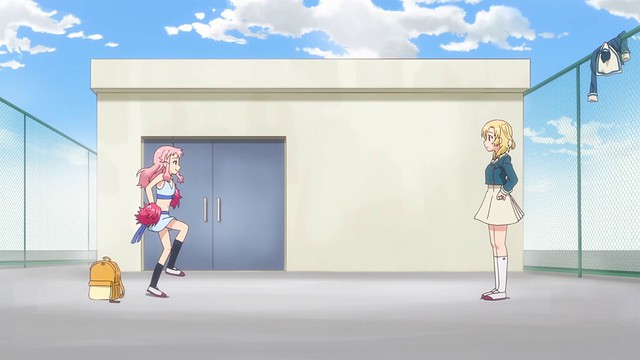 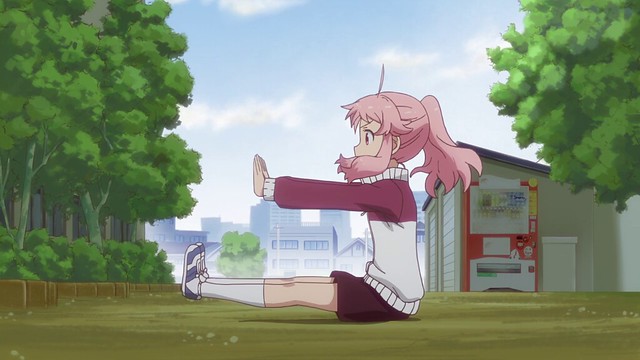 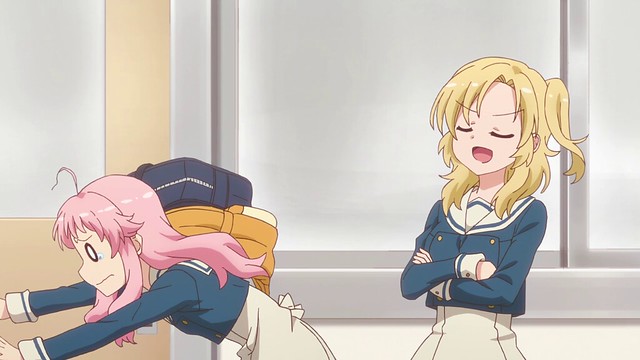 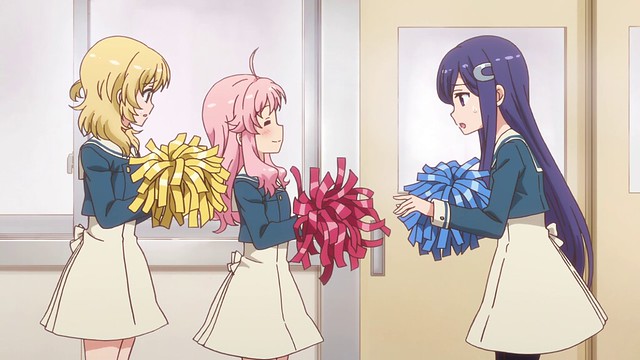 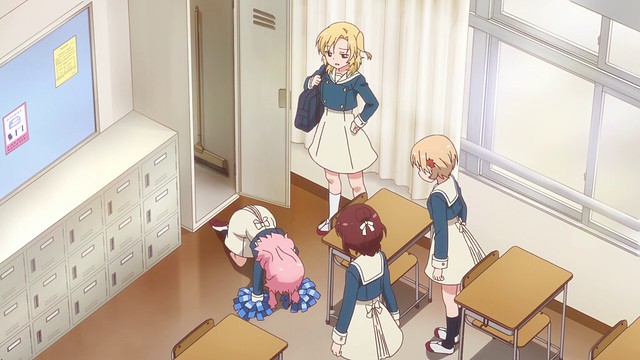 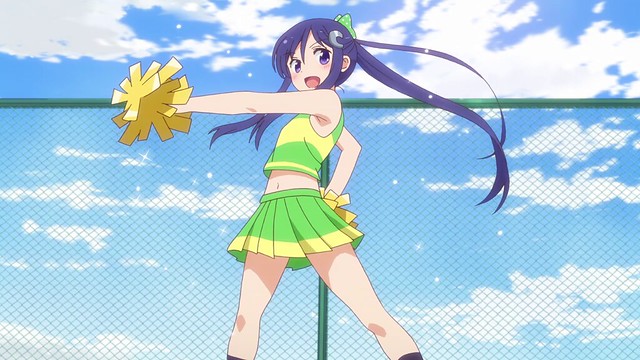 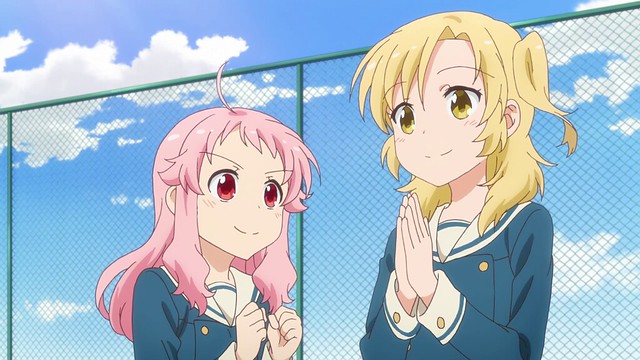 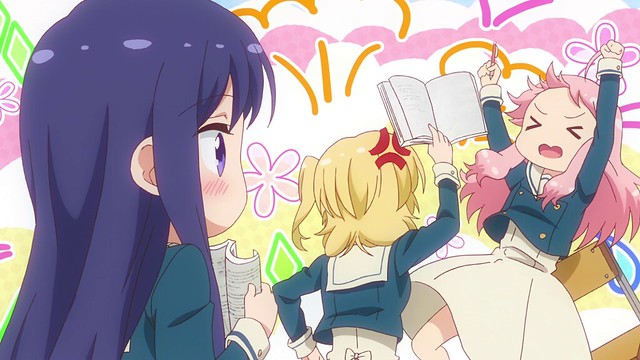 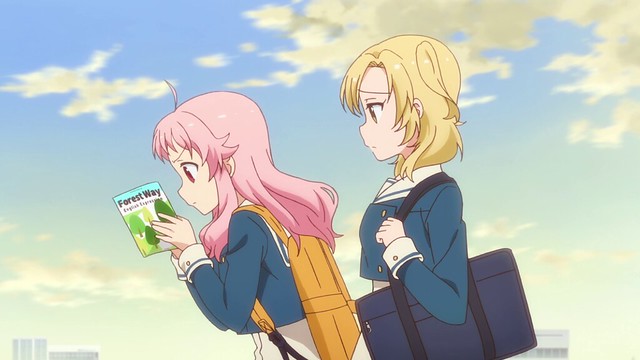 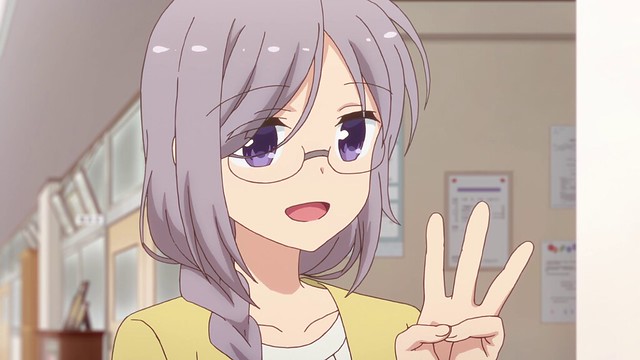 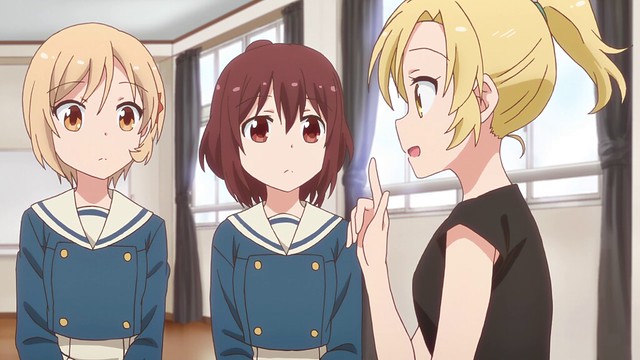 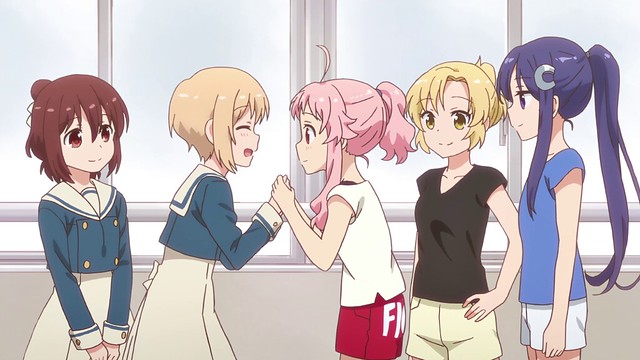 In a manner of speaking, Anima Yell! is initially similar to Yuyushiki in its initial setup, with three central characters whose personalities that share some overlaps. Yuyushiki‘s draw was its unstructured premise, with each of Yui, Yukari and Yuzuki bouncing off one another as they explore random topics and experience high school. The setup in Yuyushiki allowed for very unusual humour to be presented, and aside from its character design, Anima Yell!‘s premise is rather different – there is a focus on cheer-leading, which means that the anime will remain in the realm of the experiences that Kohane and her friends encounter as they build their club out and perform at sports events. Anima Yell! looks to offer a familiar experience on first glance, sticking with the tried-and-true rather than anything novel, although the character setup and cheer-leading elements could also create unique moments, as well. I am not expecting anything too fancy in Anima Yell!; this is a series to share a few laughs about, but beyond this, I imagine that writing about this one could prove quite challenging.