Sayonara no Asa ni Yakusoku no Hana o Kazarō (Maquia: When the Promised Flower Blooms): A Review and Full Recommendation

8 Comments Posted by infinitezenith on November 18, 2018

“I would rather share one lifetime with you than face all the ages of this world alone.” —Arwen

Maquia is a member of the Iorph, an ancient race of beings with uncommonly long life. They spend their days weaving Hibiol, cloths that chronicle their history. However, the peace is broken when Mezarte, a neighbouring kingdom, attacks: many Iorph are killed, and Maquia’s friend, Leilia, is taken captive. Maquia herself is tangled in the Hibiol and hauled into the skies when one of the Mezarte’s flying mounts, Renato, succumbs to disease and goes berserk. She crashes into a forest and comes across an ambushed caravan, where she finds a baby in the arms of his mother. Maquia decides to take the baby in, naming him Ariel, and travels to a village where a woman named Mido takes them in. Meanwhile, Mezarte’s Renato begin dying off, and the king attempts to hold onto power by introducing Iorph blood into their kingdom; Leilia is forced into an arranged marriage with the prince of Mezarte. When Maquia learns of this, she travels to Mezarte with Ariel to try and save Leilia. Their rescue is unsuccessful, and Maquia moves to Dorail, where she takes on a job as a waitress. Ariel becomes a young man. Struggling with his identity, he rejects Maquia as his mother and joins Mezarte’s armed forces. Ariel marries Dita, while Krim, frustrated by the turn of events, kidnaps Maquia and convinces the other nations to declare war on Mezarte. During the invasion, Maquia stumbles upon Dita and Ariel’s home, where she helps Dita deliver her child. Krim confronts Leilia and is shot in the process, bleeding out. Leilia later sees her daughter before flying off with Maquia and the last Renato. In his old age, Maquia visits an elderly Ariel, who had lived a full life, and watches as he peacefully dies. She cries for the pain of the loss, but also feels that there was happiness in equal measure. Sayonara no Asa ni Yakusoku no Hana o Kazarō (Let’s Decorate the Promised Flowers in the Morning of Farewells, Maquia: When the Promised Flower Blooms in English and Sayoasa for brevity) is a P.A. Works film that was released in February of this year in Japan, marking the first original feature-length title that Mari Okada (who’d previously worked on The Anthem of the Heart) has directed.

During its run, Sayoasa explores notions of familial bonds, love and the passage of time in a high fantasy setting, making use of the Iorph’s longevity to convey the range of experiences that one might encounter in raising a child through Maquia’s perspective. Blessed with a long lifespan, Maquia’s chief, Racine, warns her about the risks of becoming attached to those with a shorter lifespan, but in spite of this warning, Maquia chooses to take in a baby and raise him as a mother would. Although initially lacking in experience, and always prone to tears, Maquia is shown to be doing her best. From happiness to sorrow, Maquia experiences the full spectrum of emotions present in life, a far cry from the static, isolated state of being the Iorph live in. Maquia learns that outside of her old world, things are constantly changing and do not stand still as she’d previously known: in raising Ariel, Maquia comes to appreciate everything from joy to despair, and that happiness can accompany pain, as well. This is contrary to Racine’s warnings early in the film, and in its presentation, Sayoasa suggests that it is precisely the coexistence of happiness and sorrow that constitute a life well-lived. While immortality (or extended life) is often considered to be a blessing when folks are asked about it, fiction often explores the idea that doing something meaningful with the time that one is given has a greater value than spending an eternity locked in tedium. J.R.R. Tolkien briefly touches on this through Arwen, who chooses a mortal life with Aragorn. Despite knowing the sorrow that Aragon’s mortality might bring her, she accepts this. By comparison, Tolkien’s Elves are portrayed as being tragic, who have become encumbered with watching life transition to death: Tolkien describes mortality as the “Gift of Men”, that a finite life and the rest following life is not a curse. To follow one’s heart in a finite life with its sorrows and joys is the path Arwen chooses. While Maquia might be confined to the realm of a long life, she will carry her experiences with her forever – the Iorph are not immortal like Tolkien’s Elves, but Maquia’s interactions with the outside world gives her a much fuller, richer experience than the status quo that she’d lived in previously. 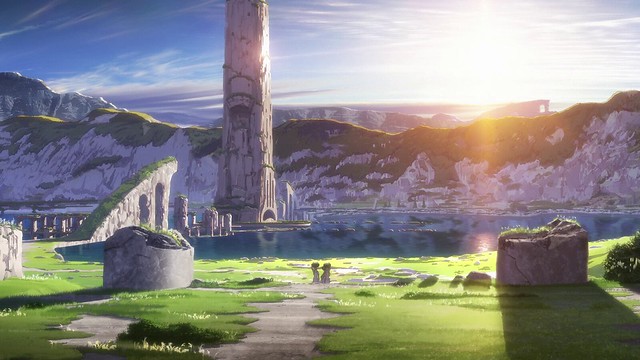 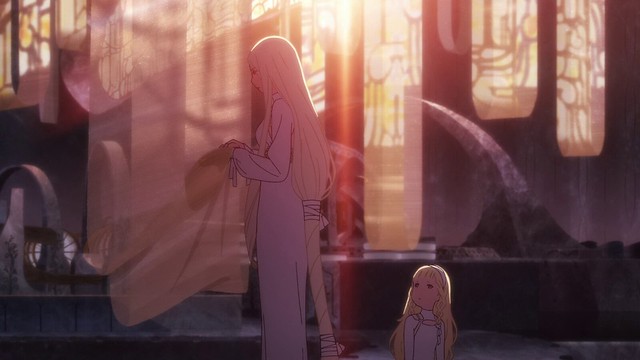 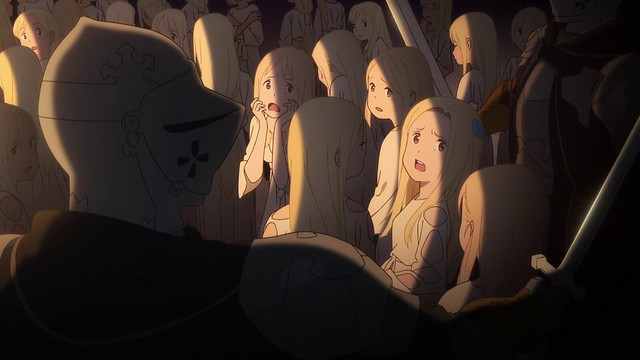 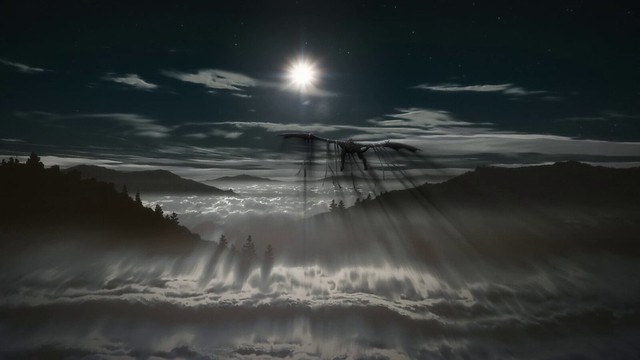 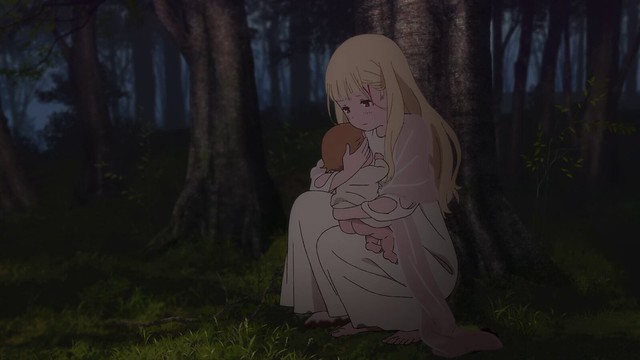 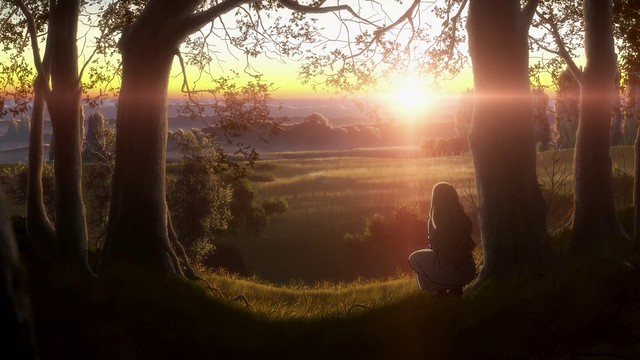 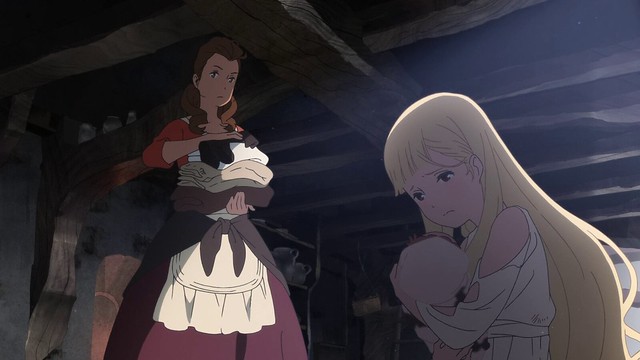 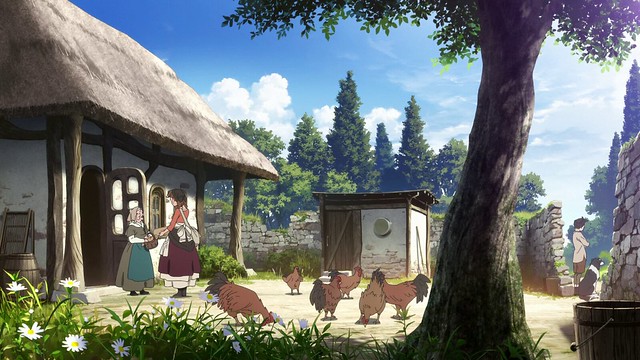 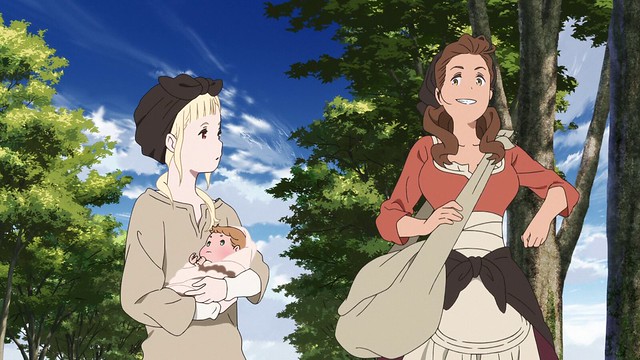 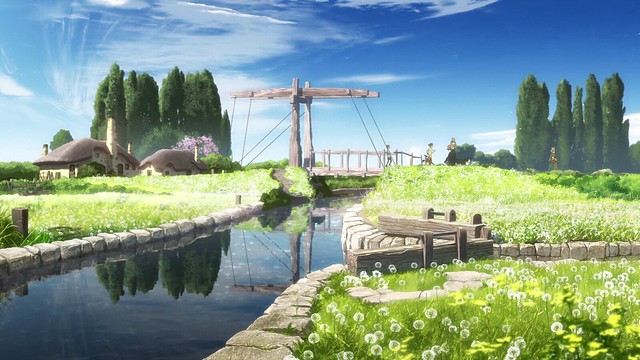 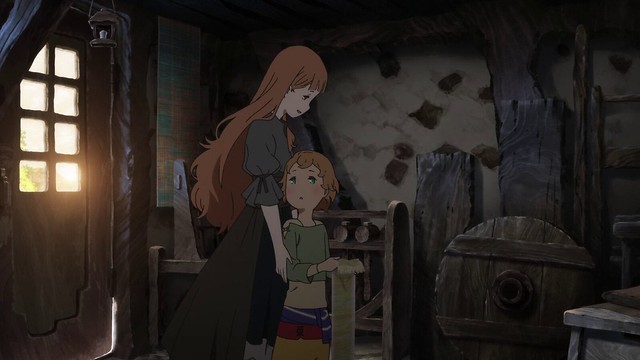 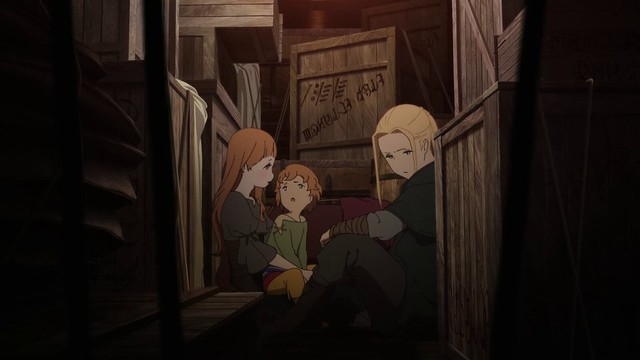 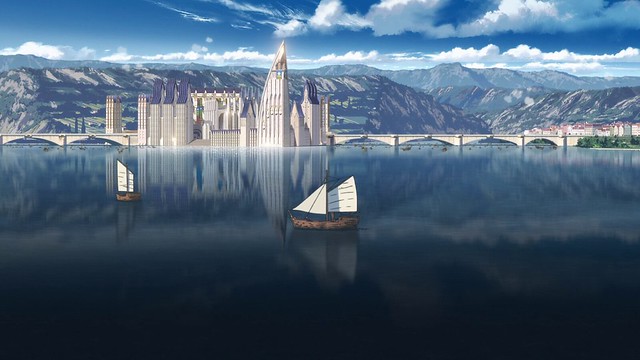 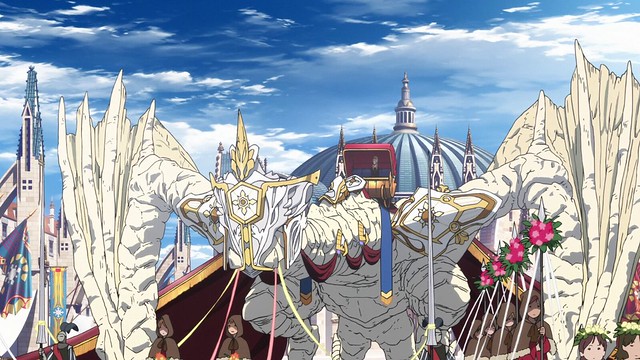 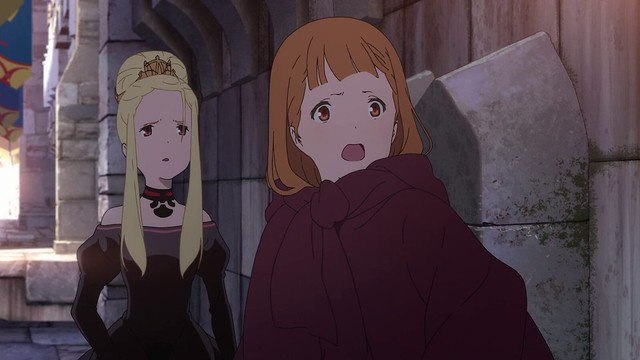 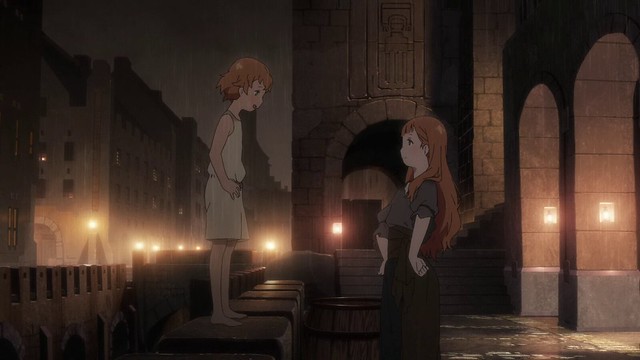 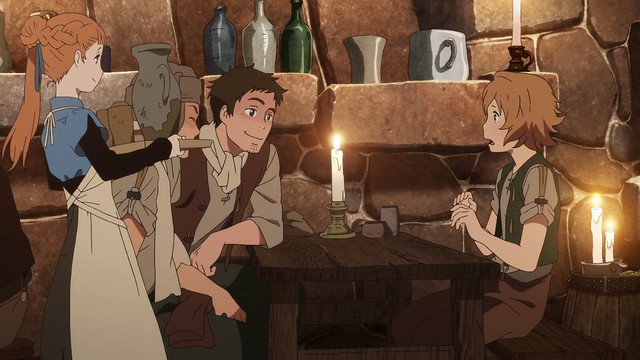 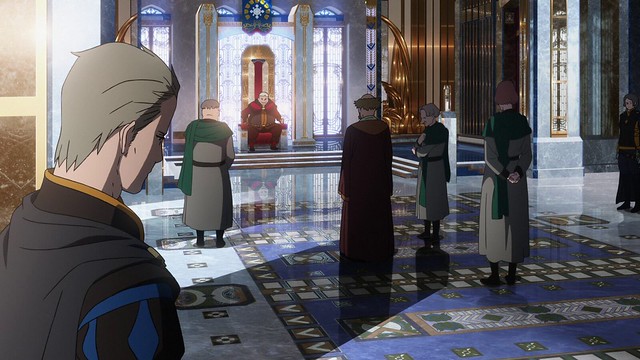 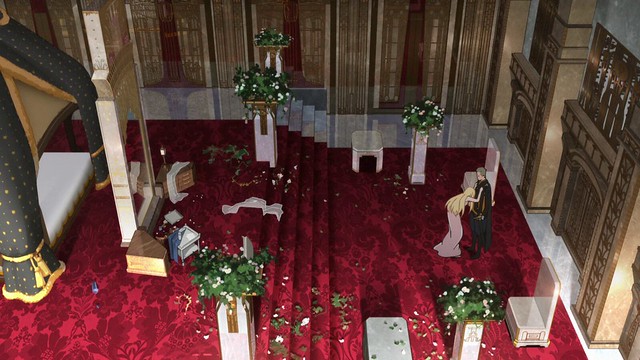 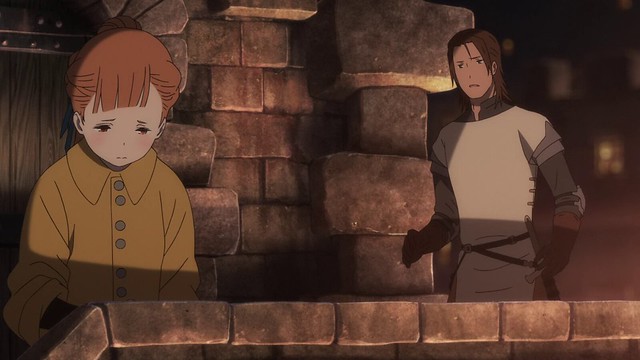 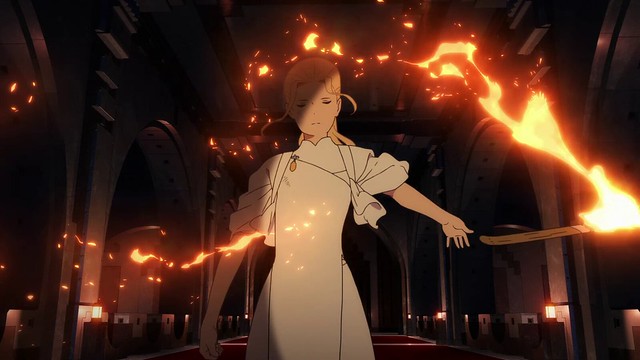 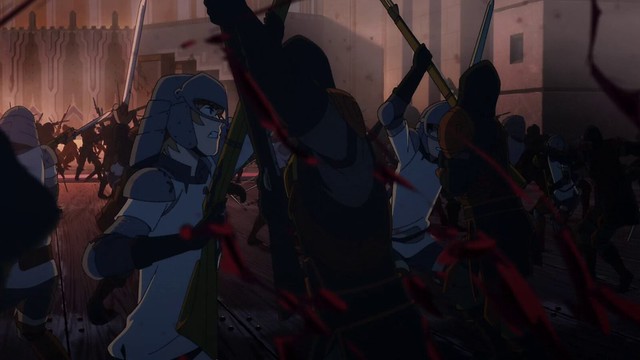 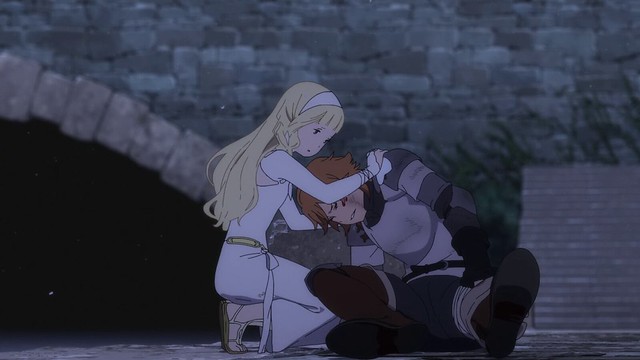 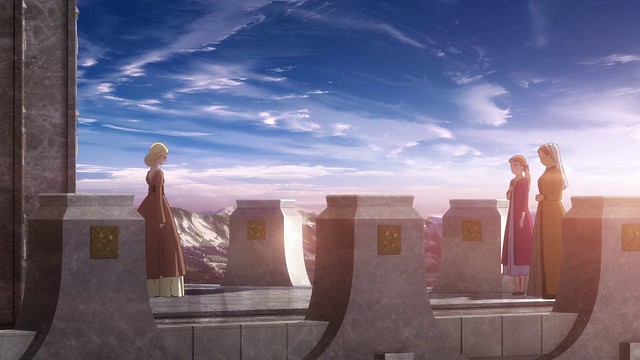 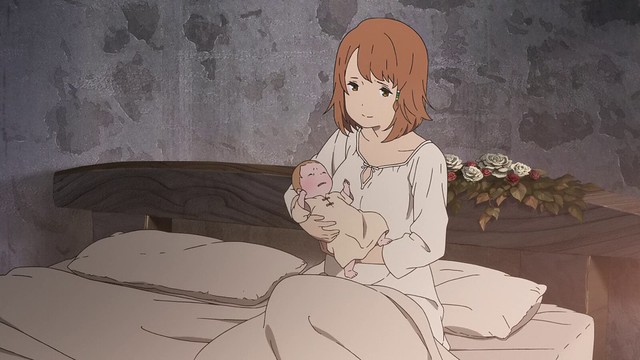 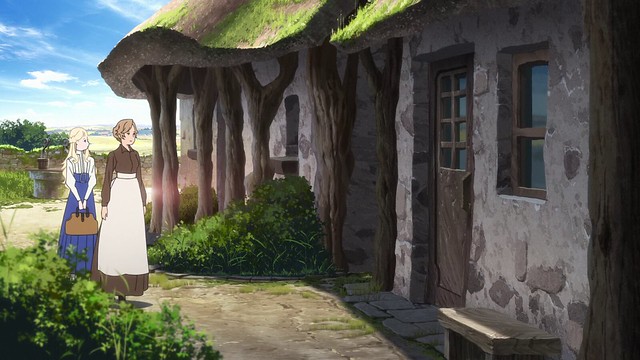 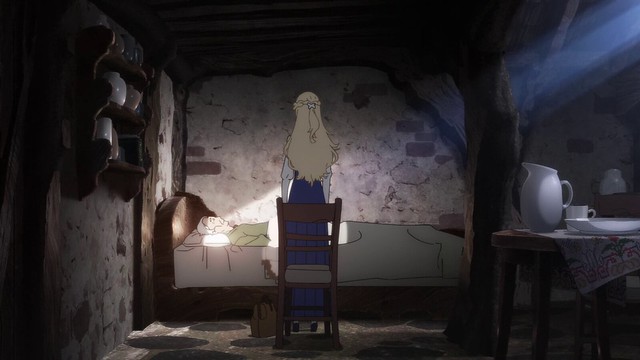 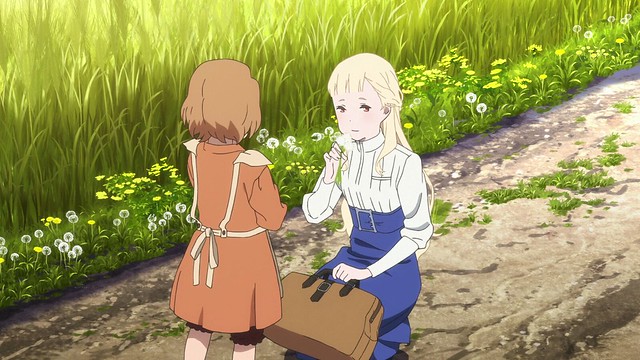 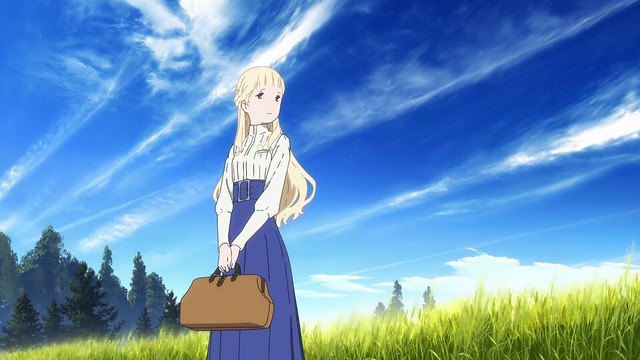 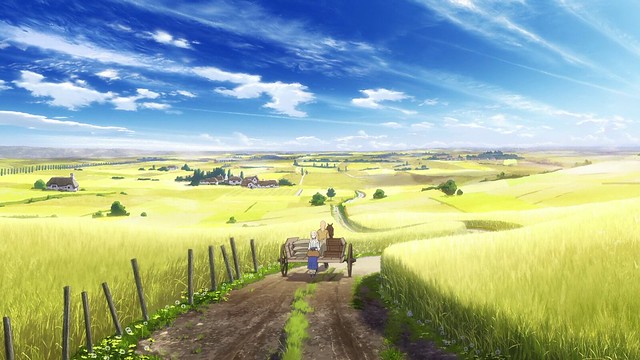 From a narrative perspective, Sayoasa deals predominantly with a direct theme, in depicting the experiences one has over the course of a lifetime, and the complexities of the world around Maquia that she is made to adapt to. There are numerous secondary stories that are told in a broken pattern; like real life, it is not possible to know of every individual’s story in full, and that our impressions of others are constrained to what we see of them. The story thus stands well enough on its own: there’s enough going on to keep viewers engaged, but not enough to overwhelm them. Maquia herself is likeable as a lead character, stumbling through things she’s unfamiliar with, but also displaying enough resilience to adapt to her circumstances. The core of Sayoasa, already enjoyable, is augmented by P.A. Works’ exceptional visuals and the musical genius of Kenji Kawai. From the structures of the Iorph homeland, to beautiful countryside around Helm, the vast capital city’s majestic structures and the industrial gloom of Dorail, every location is rendered in incredible, life-like detail. Subtle elements, from the lighting to water effects, further enhance the strength of the artwork, immersing viewers into Maquia’s world. Meanwhile, Kawai’s music creates incidental music that genuinely captures the wistfulness and sorrow that permeates Sayoasa. In this film’s soundtrack is quite different from the bombastic tones that Kawai is best known for (e.g. Gundam 00, Ip Man, Higurashi: When They Cry and the live-action Death Note movies); use of strings and harps gives Sayoasa‘s music a very distinct feeling, capturing Maquia’s feelings. However, traces of Kawai’s style can be heard in the more dramatic pieces, such as when Maquia rescues Leilia after she reunites with her daughter, or during the combat sequences. Altogether, Sayoasa is a highly entertaining film that presents a message of what makes life worth living in a highly visceral, tangible manner; this is a movie I can easily recommend for viewers.

8 responses to “Sayonara no Asa ni Yakusoku no Hana o Kazarō (Maquia: When the Promised Flower Blooms): A Review and Full Recommendation”