Irozuku Sekai no Ashita kara (The World in Colours): Review and Reflection After Twelve

“Death is what gives life meaning. To know your days are numbered and your time is short.” —The Ancient One, Doctor Strange

Feeling that Asagi’s become distant, Hitomi tries to speak with her, and the two come to terms with one another, deciding that the blame lies with Shō for being quite unaware of the feelings of those around him. With the culture festival coming up, the Magic-Photography-Arts Club decide to do an exhibit that combines all three club’s specialities together: Kohaku and Hitomi will bring one of Yuito’s drawings to life and allow visitors to explore the world within. Kohaku trains Hitomi in the magic required to make this possible, and she is able to take the Magic-Photography-Arts Club on a successful test run. During this trial, Yuito encounters a younger Hitomi, and later learns that Hitomi’s mother left her after discovering Hitomi had latent magical abilities. Devastated, Hitomi developed a dislike for magic; in the present, she feels that sharing the story with Yuito was helpful. As the culture festival draws near, Hitomi begins vanishing from the world, prompting a worried Kohaku to expedite sending Hitomi back to her original time before she is lost. Because the endeavour requires more power than anything she’d done previously, Kohaku asks her friends to help her, as well. Meanwhile, Hitomi rushes out into the night to meet Yuito, fearing that her time with him is limited now that she’s heading back into the future. When the culture festival finally arrives, all fo the club members put on a solid showing to impress their visitors. Hitomi prepares herself to return to the future, and on the final day of the culture festival, uses her magic alongside Kohaku’s to put on a stunning fireworks display. For a brief moment, Hitomi is able to resolve colours again and cries tears of joy for the memories she’s made alongside Kohaku and the others. They return to the park and prepare to perform the tricky bit of magic that will send Hitomi sixty years forward in time.

The World in Colours rapidly consigns the love triangle to history, swiftly resolving it and pushes ahead to the lingering question of getting Hitomi back into her time before the manifesting adverse effects, in the form of disappearing momentarily, can worsen. In choosing to utilise the limitation of time magic as a plot device, The World in Colours cleverly displays to audiences the nature and limitations of magic in their world, as well as provides a sense of urgency in bringing Hitomi back that further forces Hitomi to treasure her experiences in Kohaku’s time. Culminating with a culture festival, Hitomi has evidently become an integral part of the Magic-Photography-Arts Club, helping out with a range of activities and even developing the confidence to use her magic again. Because of this, Hitomi is very close to each member in the Magic-Photography-Arts Club. Consequently, she finds it difficult to part ways, but with the risk of flickering out of existence, Hitomi has no choice but to return to her own time. This hangs over her head, and once her disappearances slow down, she becomes determined to make the most of her time left in this period, helping out everyone as best as she can and also giving them thanks. With the culture festival past, Hitomi discovers her happiness: although she has yet to put it into words, what makes her happy is to be able to bring others happiness with her magic. This is why her colour vision was impaired: it is not the act of falling in love, but being at peace with who she is, that will bring back her colour vision. In the episodes leading up to the finale, The World in Colours shows that, even more so than companionship and support, the fear of losing this will compel individuals to live life to the fullest and come to understand their own desires more strongly than before. 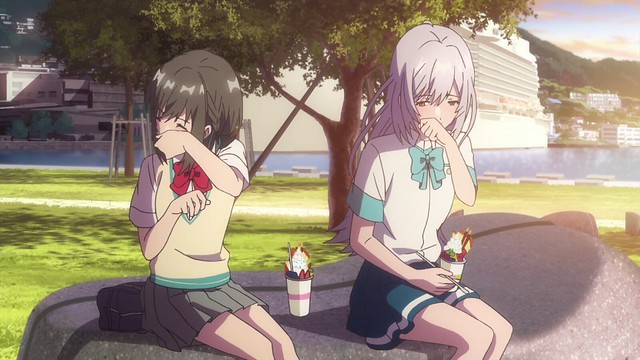 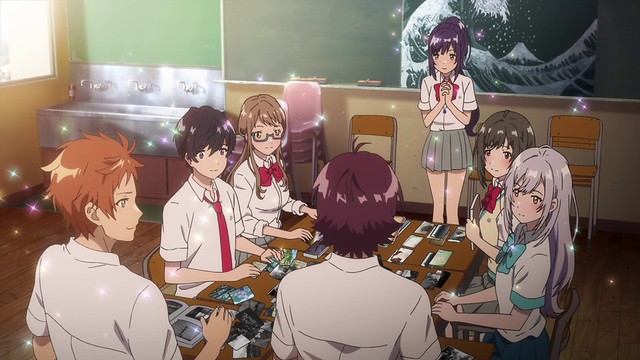 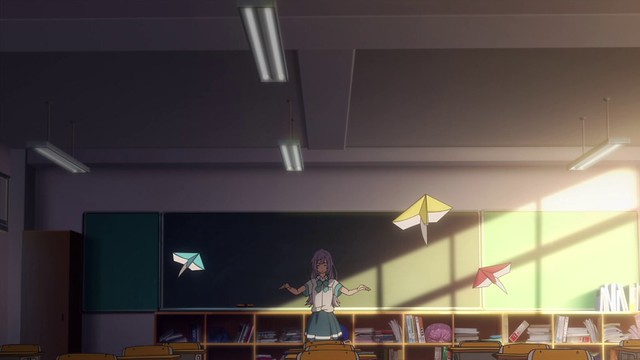 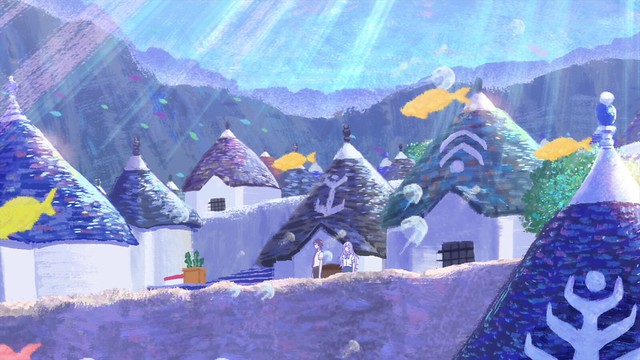 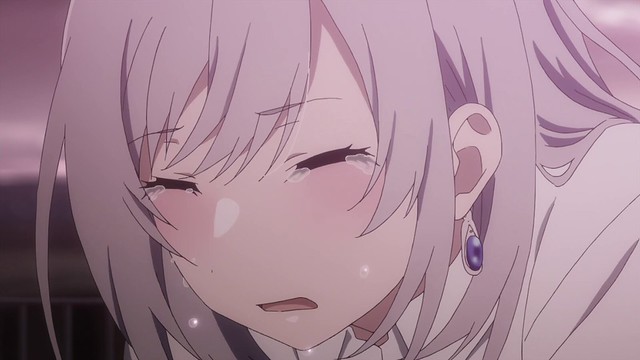 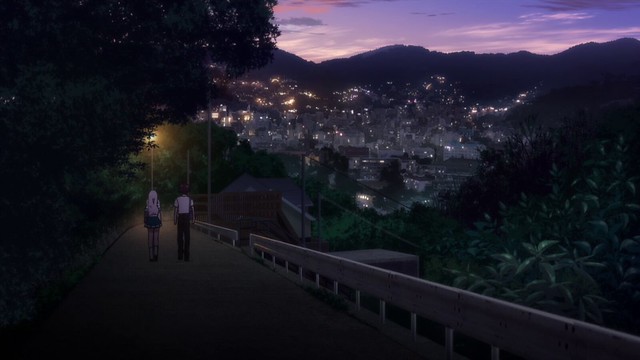 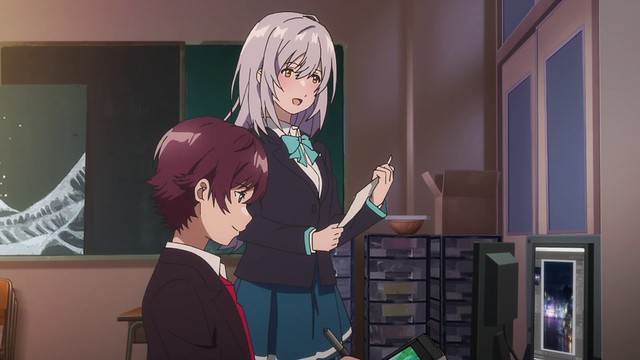 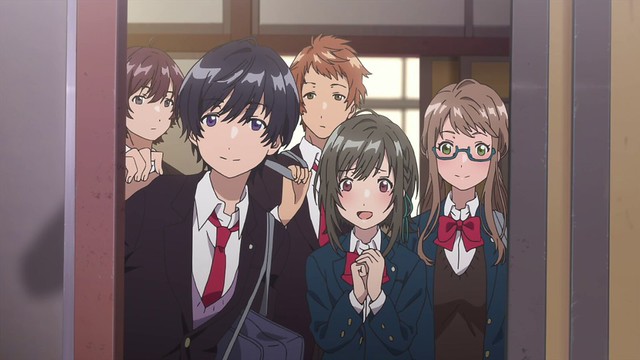 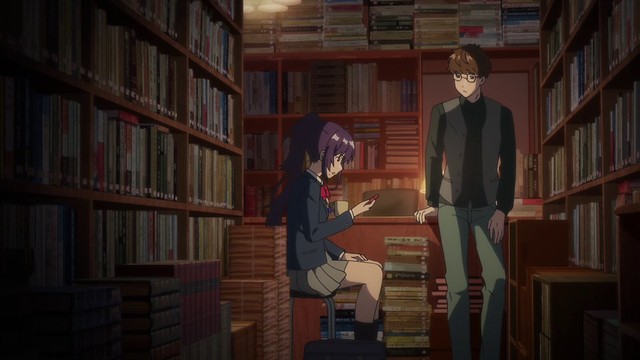 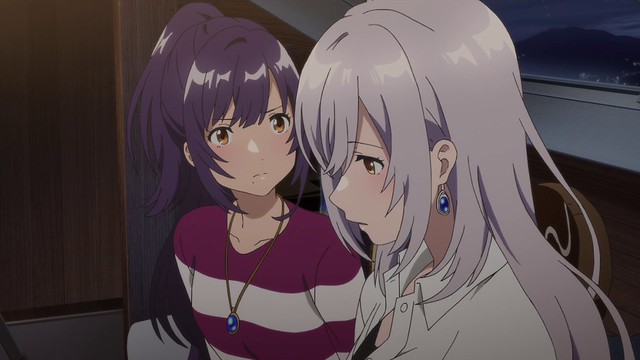 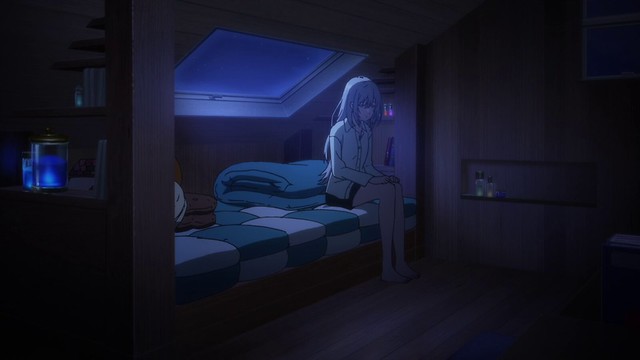 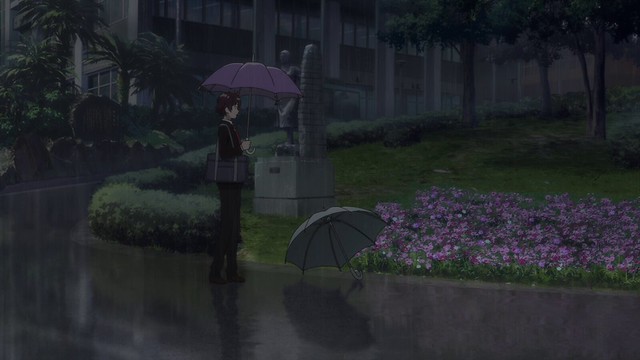 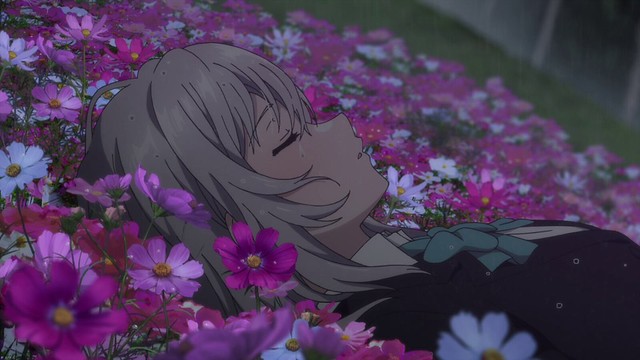 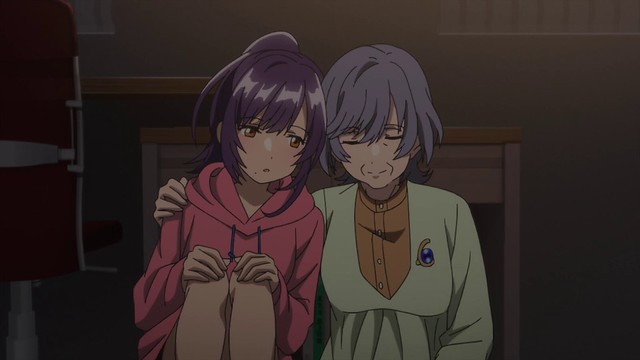 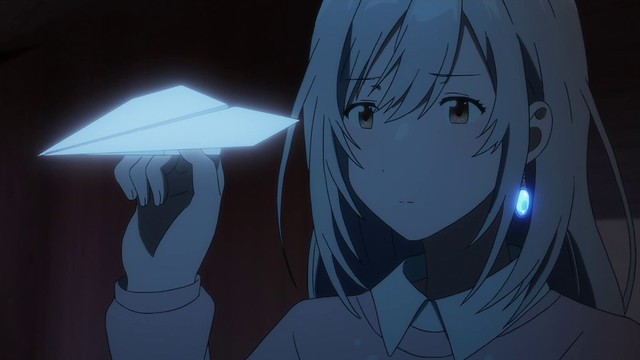 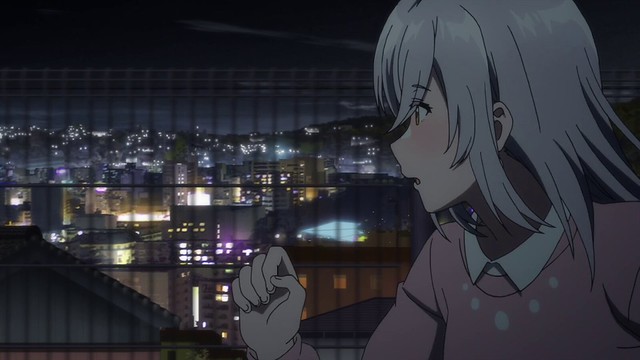 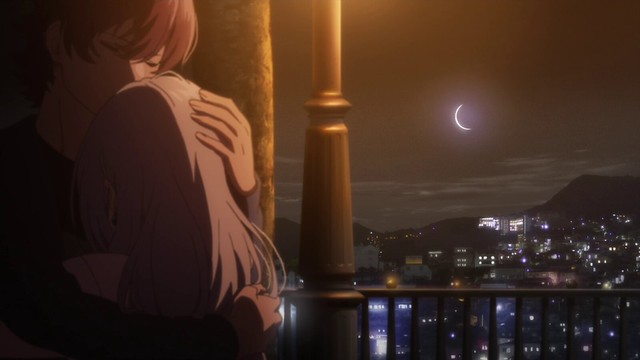 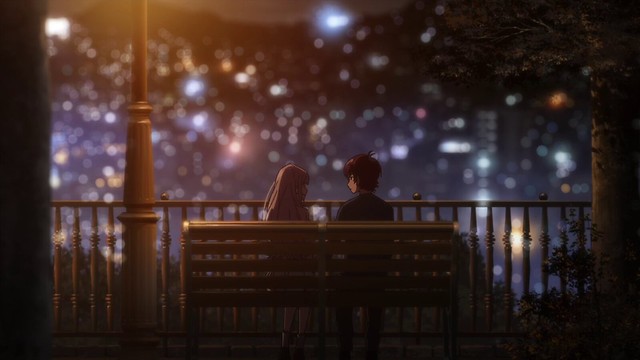 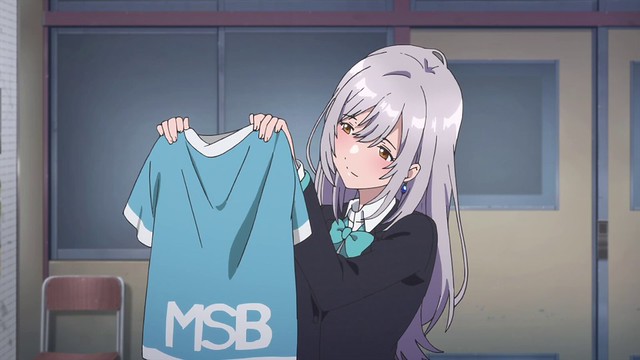 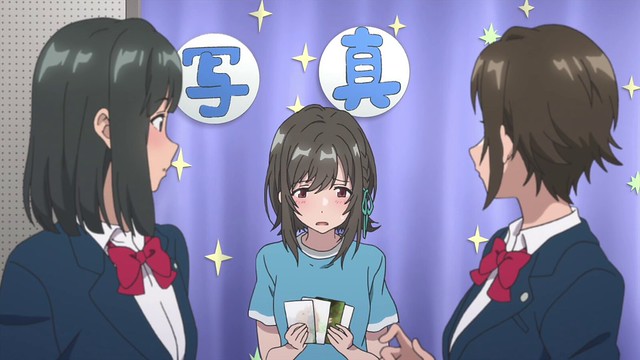 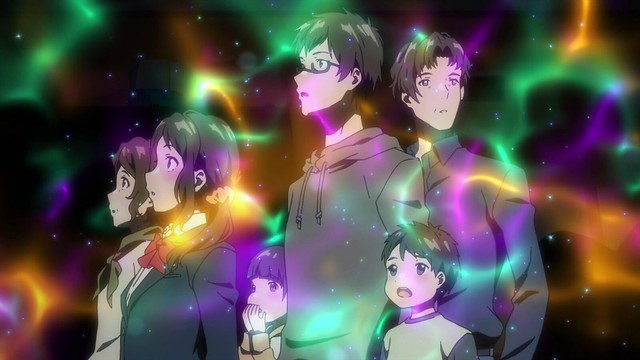 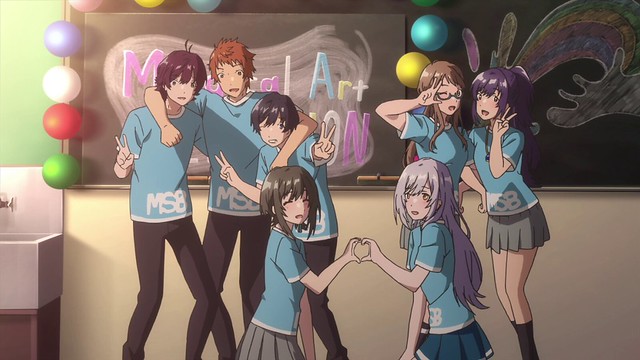 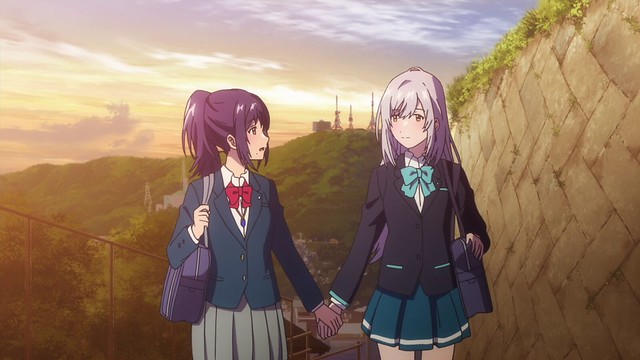 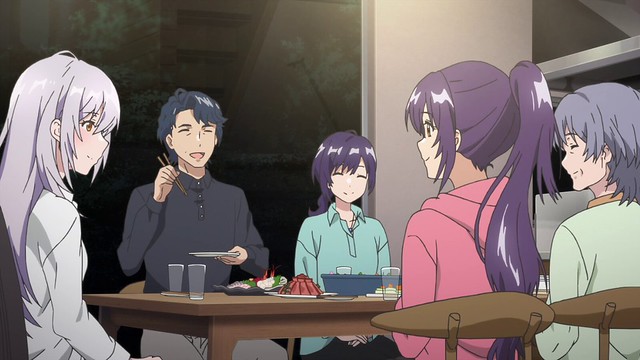 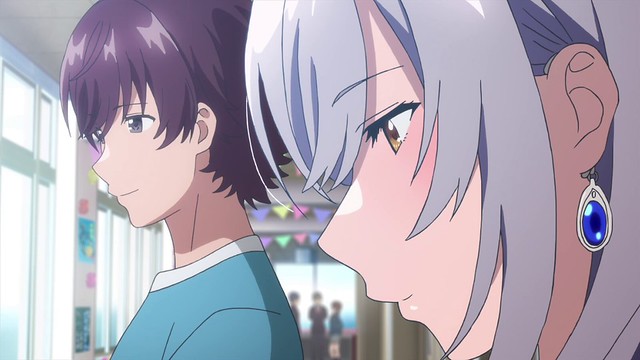 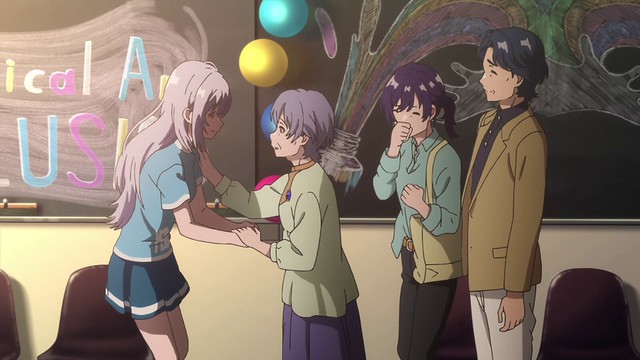 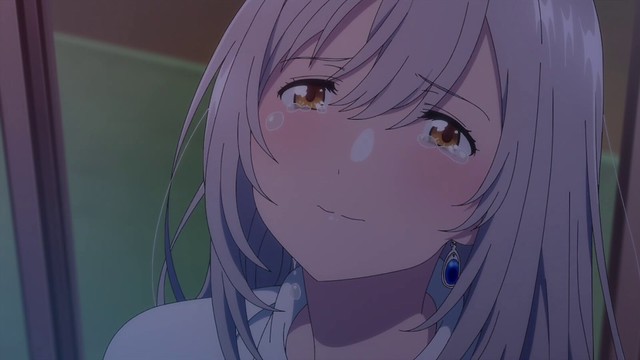 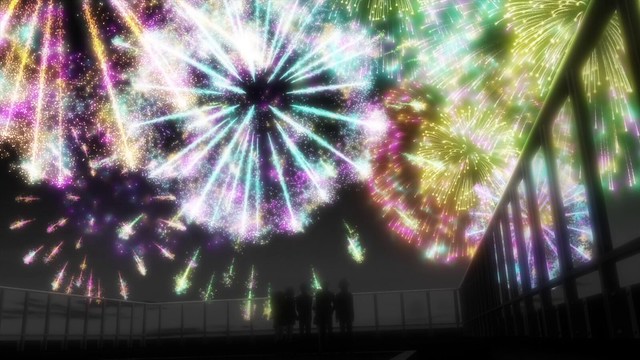 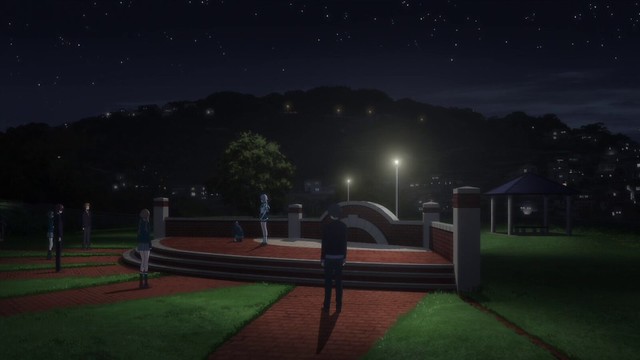 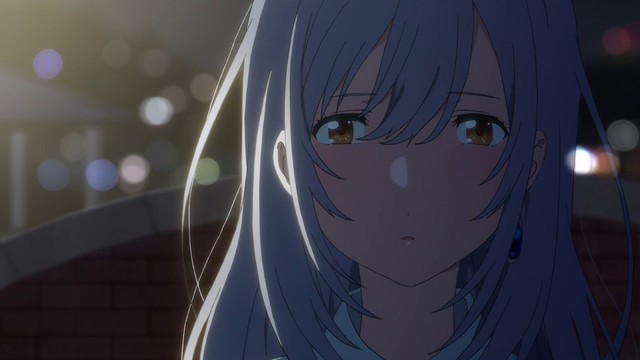 As we enter the finale, set to air in a few days, The World in Colours has delivered a consistently enjoyable series whose strong suit is a cast of characters audiences can empathise with. However, not all of the problems that members in the Magic-Photography-Arts Club face are overwhelming or insurmountable: smaller issues and doubts are promptly sorted out, leaving no lingering negative impact on the rhythm and flow in The World in Colours‘ story. Asagi’s jealousy of Hitomi is maturely addressed, and this leaves the story to focus on magic, as well as the feelings associated with an imminent departure and the attendant desire to not depart. Hitomi has clearly made the most of her time in The World in Colours‘ final few episodes, having come out of Kohaku’s time transformed. More confident, optimistic and above all, accepting of her magic, Hitomi’s come a long way since her quiet, reserved self during the series’ beginning. I am impressed with how The World in Colours handled everyday life, romance and magic; the series strikes a balance that allows all three elements to shine, giving the anime a very multi-layered sense that brings Hitomi’s world to life. Looking ahead, I am curious to see what impediments await the process of sending Hitomi back, and also how Hitomi will interact with those around her once she returns to the future; the finale is set for release at the end of the week. With the end of the year rapidly approaching, I cannot guarantee that I will be on time with my posts, given that there are various Christmas festivities to partake in and enjoy. Having said this, I will be coming back to write about The World in Colours one last time for the finale: this is a series that has captivated me from episode one.