Yūsha, Fai, Seira and Mei travel to a tropical island during summer break, where their misadventures allow them to complete their summer assignments. When term resumes, Princess Rona Pricipa O’Lapanesta arrives, eager to meet the new hero, and while she’s surprised to learn the new hero is a girl, she nonetheless becomes enamoured with Yūsha after Yūsha helps save Mao from an irate monster. Mao later becomes sick, so Yūsha and her friends go to help look after her. Rona later longs to learn more about Yūsha’s friends, and accompanies Fai on a trip. She also asks Mao to help draw out heroics from Yūsha, but learn that Yūsha’s more concerned with her friends. Later, Mei receives an invitation to attend the Cartado Festival in Tarka Village. Participating in a hunt for Cartado, Mei only manages to find an extraordinarily large Cartado, but ends up winning the competition. While on a quest in the mountains, the girls are caught up in a snowstorm, and Seira manages to wake everyone up when a Cartado-eating monster puts everyone in a deep sleep. Mao decides to invite Yūsha and the others over for dinner, but her awful cooking ends up being too much for everyone. Even Chibi-chan regurgitates dinner, which includes Mao’s old golem, Meigo. Fearful that Meigo may reveal her identity as the Dæmon Lord, Mao opts to keep an eye on her, but afer Rona uses a Cartado to unlock everyone’s memories and suggests taking Meigo back with her, Mao finally snaps, reveals herself as the Dæmon Lord and kidnaps Rona. The girls manage to track down Mao, but Meigo informs Yūsha that she is close to ending the Dæmon Lord’s power. The girls are conflicted between ending the cycle and being made to kill off Mao, who they’ve come to regard as a friend. In the end, Yūsha refuses to compromise her principles and destroys her sword by having Chibi-chan consume it, while Meigo throws Mao into Chibi-chan’s mouth. It turns out that there’s a pocket dimension inside Chibi-chan, and entry into this space removes an aspect about a character. When Mao is regurgitated, she no longer possesses her Dæmon Lord powers, and everyone is able to continue on their days together in peace. As class begins the next day, Yūsha expresses a desire to be a hero. Thus ends Endro!, this season’s unexpected surprise that proved to be consistently entertaining and warm.

While seemingly an easy-going anime about a group of adventurers, Endro! does have a theme that is appropriate and relevant towards the show: underneath the warmth and joy the show projects through Yūsha and her friends’ misadventures, as well as everyday life, Endro! frequently reminds its viewers that for a given problem, there’s always another solution. This much was presented with Yūsha’s first adventure in a dungeon; they might have gotten lost thanks to Mao’s intervention, but by adapting to the situation, manage to locate the Hero Sword and finish their assignment. Fai and Rona similarly win a melon-eating contest when Rona adapts to the situation and helps an engorged Fai eat one melon, propelling them to victory. When Mei participates in the Cartado hunt, her finding a large Cartado ends up allowing her to win the competition, against her expectations. In the final battle, Yūsha refuses to fight, and instead, casts her weapon away – Chibi again comes to play a significant role in helping liberate their world from an ancient curse, having earlier played a role in defeating a lesser evil. Admittedly, Endro! is very optimistic with its messages; finding alternative answers to problems and making the most of things is not a trivial task, although the presence of cheer and joy in a world under the constant threat of annihilation is intended to show that every cloud has a silver lining. When Endro!‘s conclusion is reached, it is a decisive one, leaving viewers with no doubt that, by simply pushing for other solutions than the ones presented, Yūsha is able to end an age-old curse plaguing Naral Island, paving the way of a peaceful future. It’s a fine ending to a series that was very entertaining and endearing to watch. 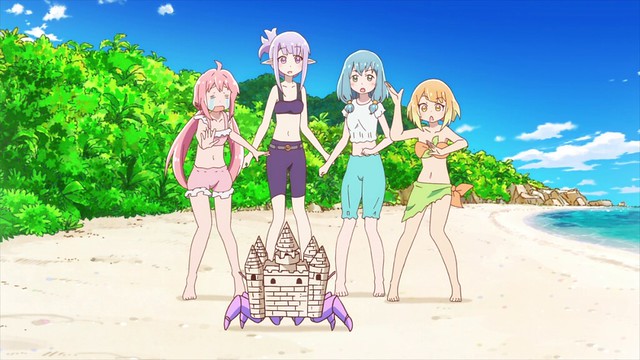 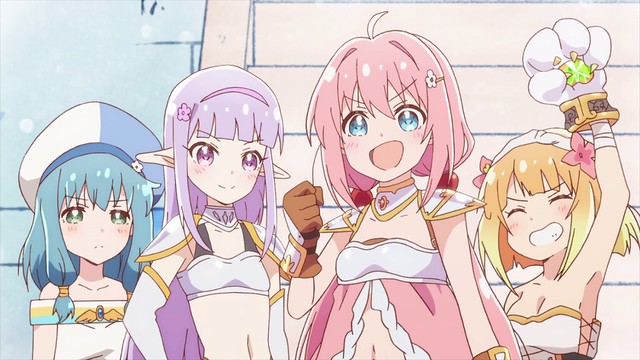 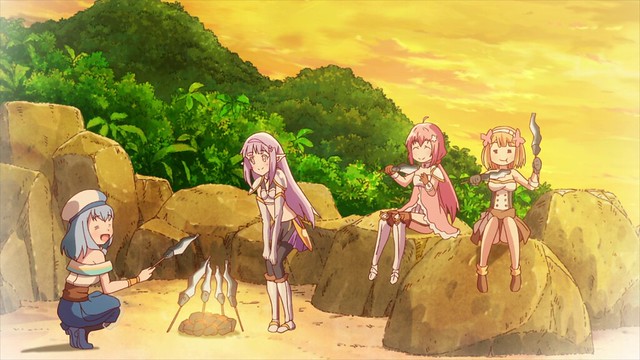 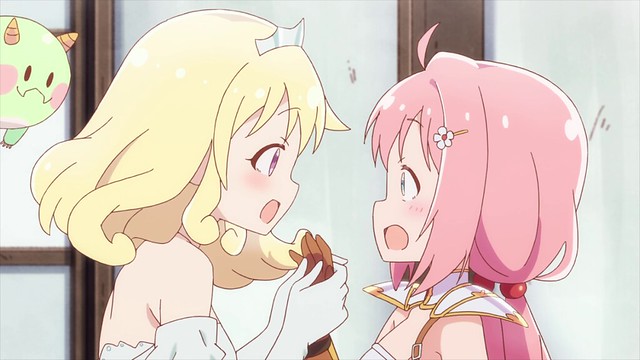 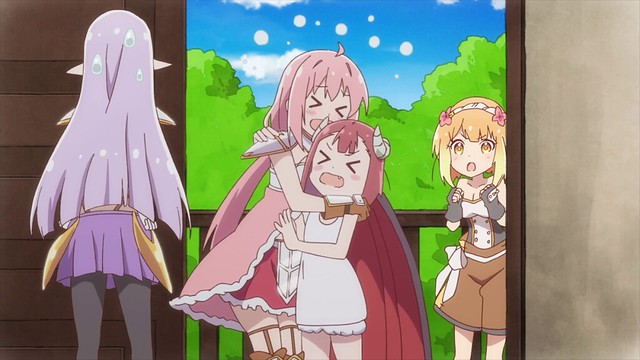 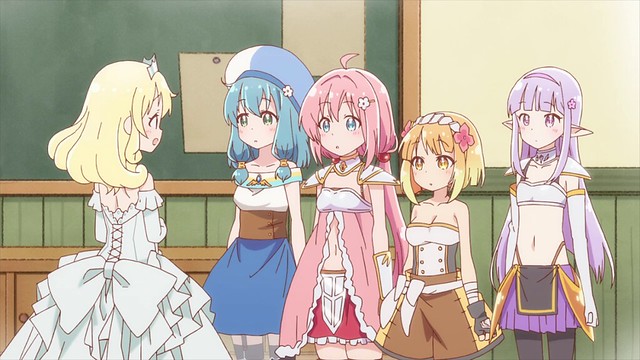 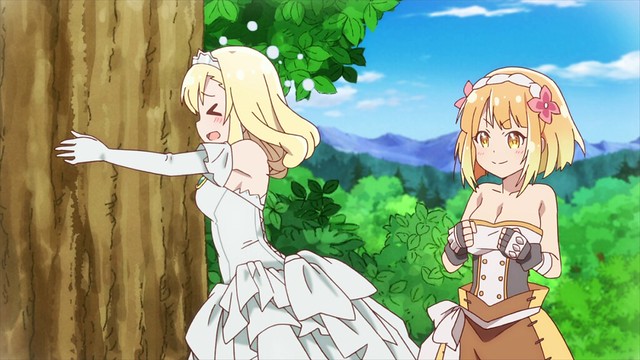 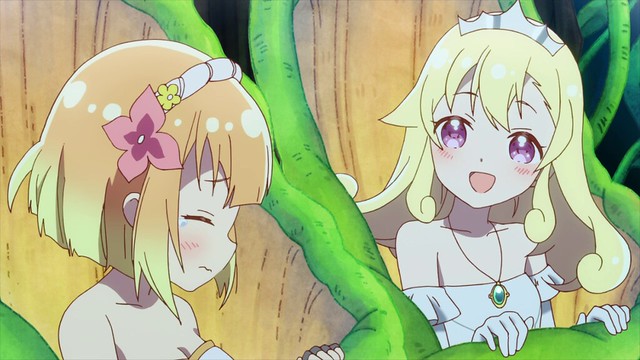 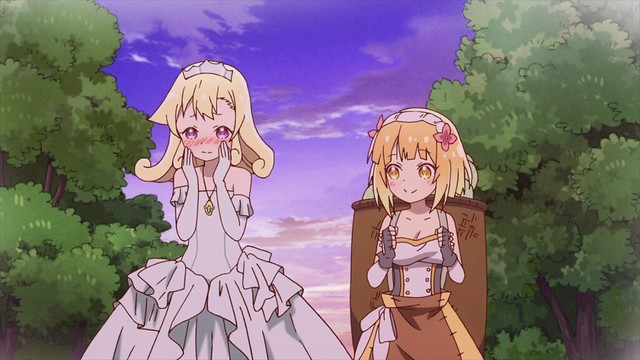 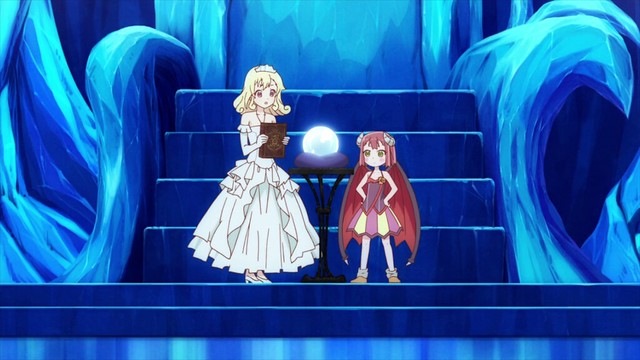 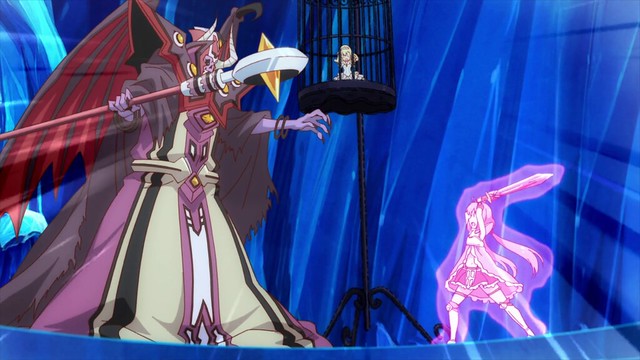 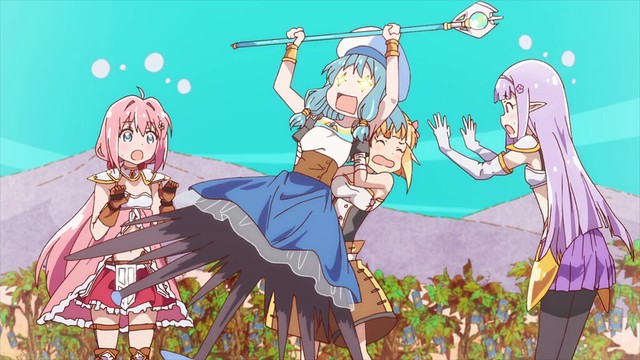 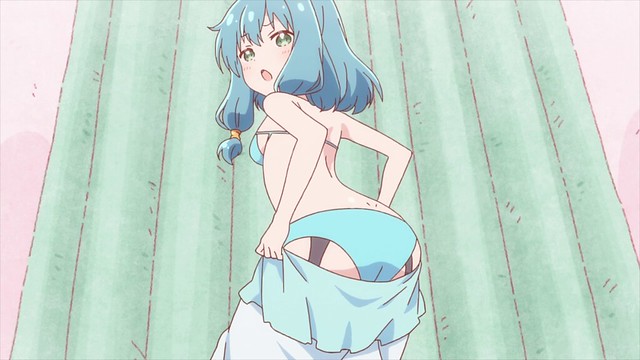 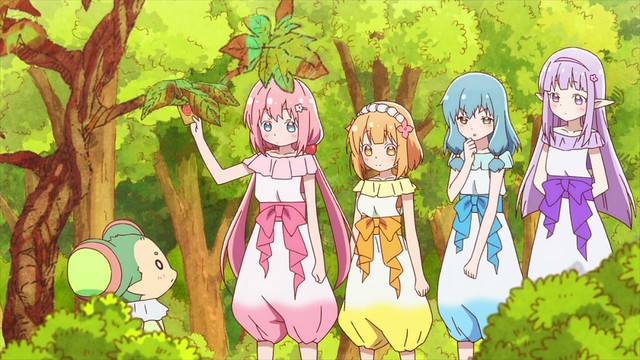 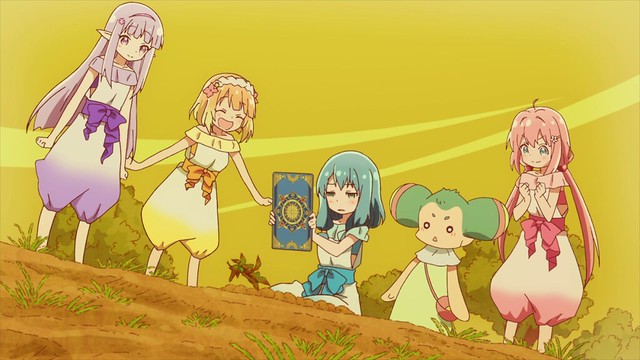 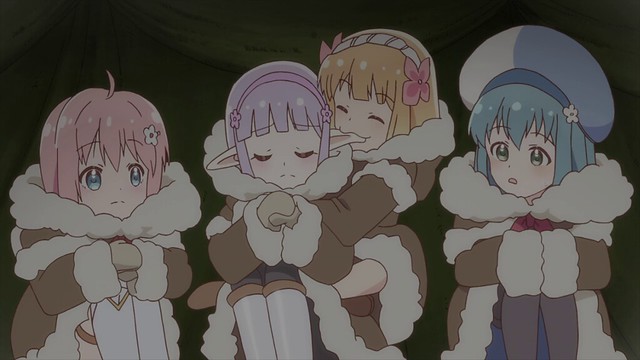 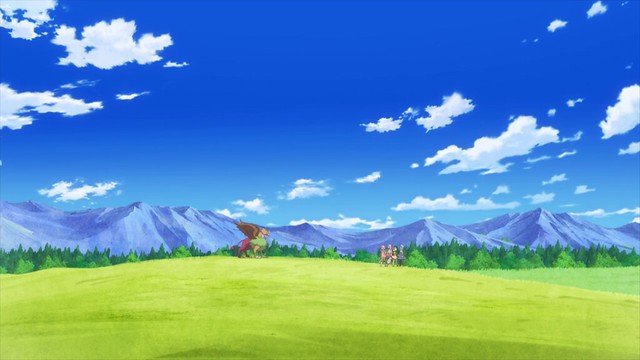 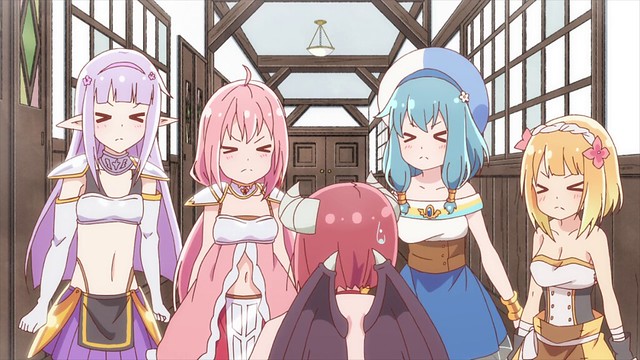 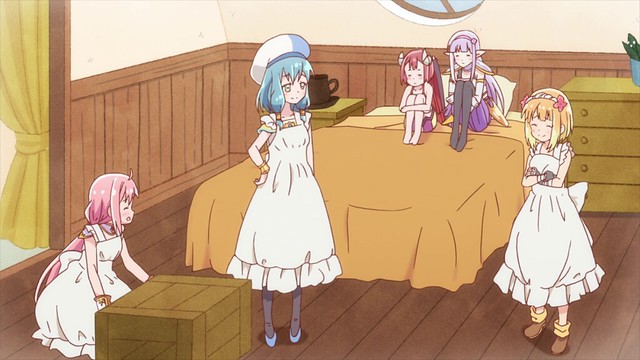 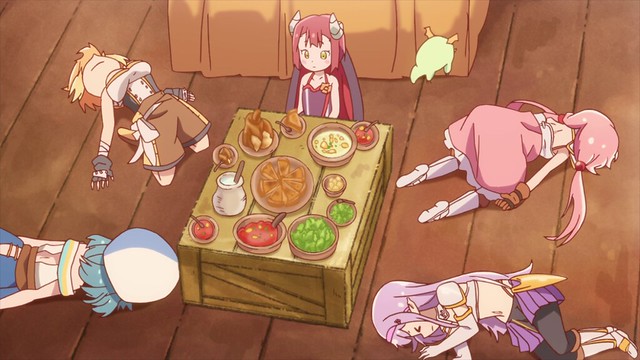 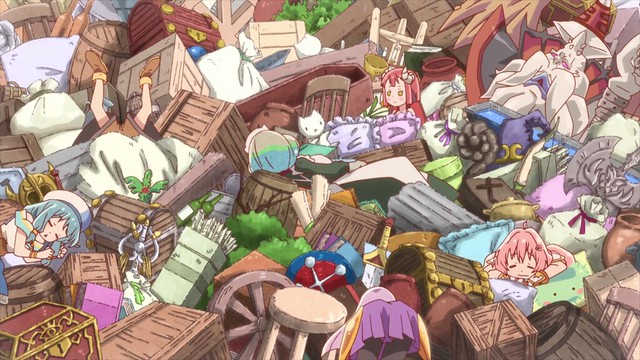 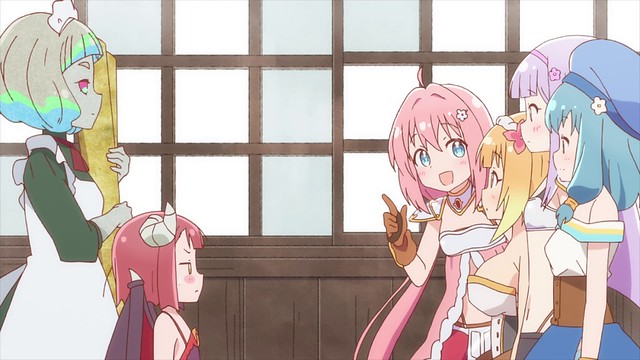 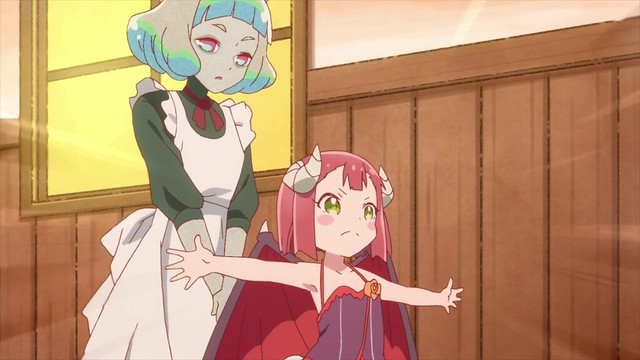 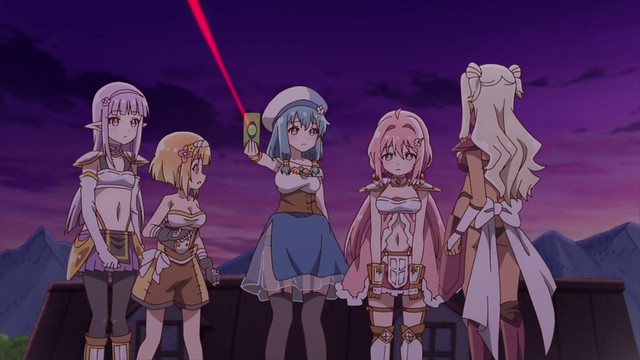 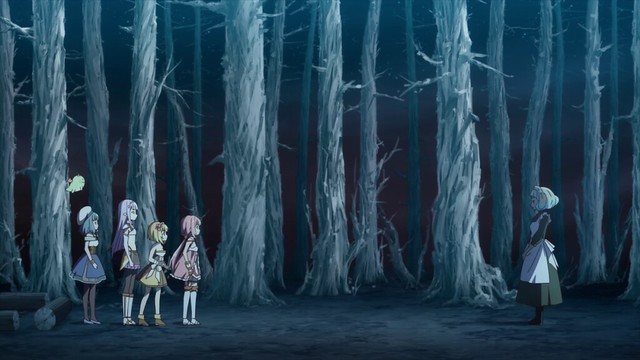 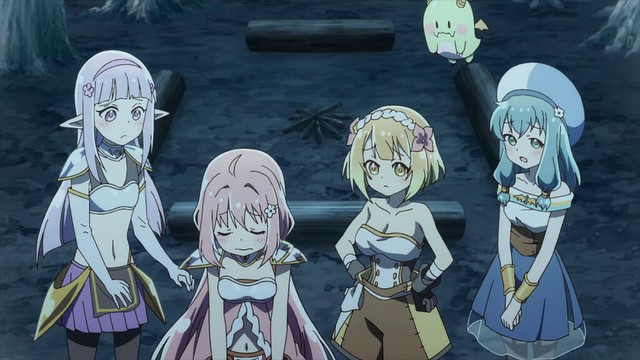 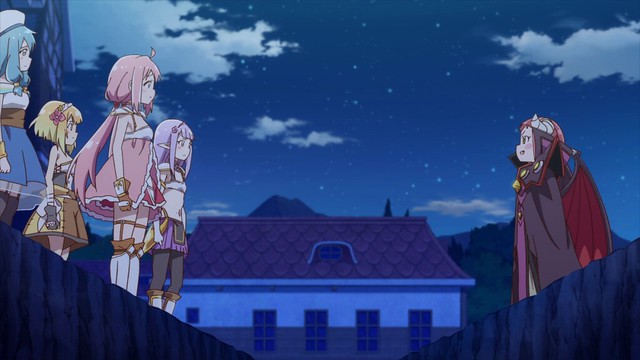 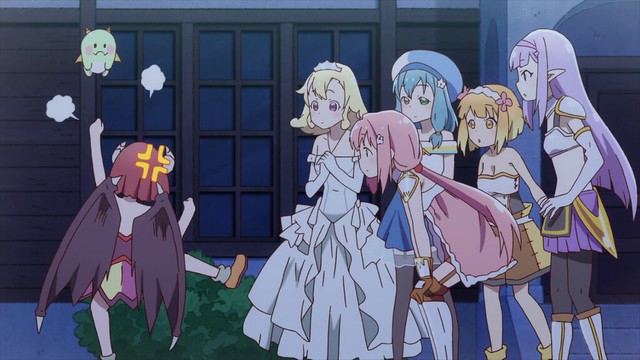 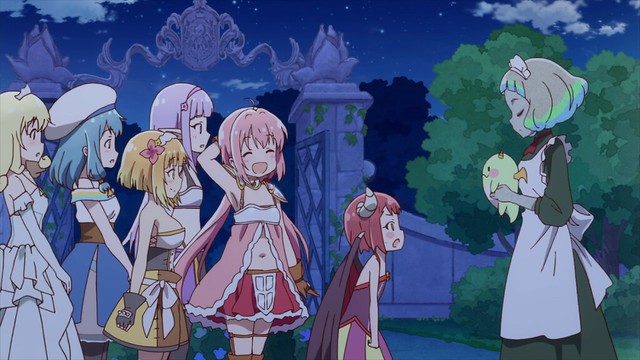 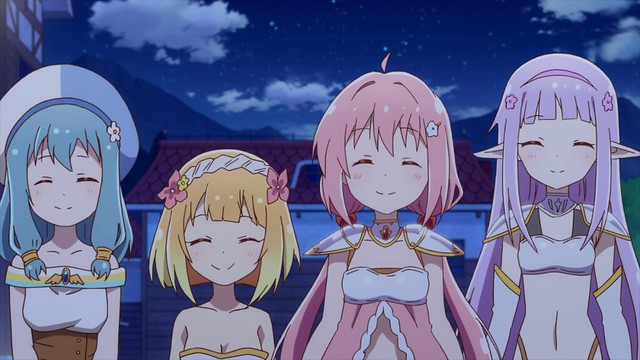 Aside from a positive theme, Endro!‘s greatest strength lies within its setting and how the characters interact with this setting. Whereas a number of series in a fantasy setting tend to feature characters from another life, Endro! treats its world as a self-contained entity whose inhabitants reside there without having any connections to previous lives in alternate universes. As a fantasy world, Naral Island plays host to monsters, settings and phenomenon that accommodate wild adventures, but because Yūsha and the others are fully immersed in their world, they are free to experience (and square off against) its various aspects in a natural way. While Endro! may have chosen to take a slice-of-life approach, anime of different genres can do well to follow Endro!‘s example and return to their roots, forgoing past lives in favour of creating individuals who were born and raised entirely in a fantastical setting. This results in experiences and adventures that are much more authentic and genuine, strengthening the messages a series can convey. With Endro! now over, and the threat of the Dæmon Lord removed permanently, Endro! comes to a decisive conclusion: I find it difficult to suppose that there could be a continuation because of how well loose ends are wrapped up, but if there ever were to be a continuation, I would not have any qualms in following Endro! again. This is a series for folks who enjoy series such as those from Manga Time Kirara; Endro! applies the setup here and utilises the fantasy setting to create unique, but adorable sequences that are a breath of fresh air.