Yama no Susume: Review and Reflection

“It is not the mountain we conquer, but ourselves.” –Sir Edmund Hillary

Aoi Yukimura is a high school girl who would prefer knitting to the outdoors, but after reuniting with Hinata Kuraue, she is compelled to go hiking; Hina won’t take no for an answer and reminds Hinata that they’d once seen a sunrise together after climbing a mountain. Starting Aoi with a simpler walk to Mount Tenran, Hinata encourages her to enjoy the walk up the path. Later, Aoi and Hinata have a cook-off, and Aoi encounters Kaede Saitō, a backpacker who is trying to buy a sleeping bag. The two become friends, and Aoi asks Kaede for suggestions when Hinata proposes they climb another mountain. Kaede recommends Mount Takao, and Aoi returns this to Hinata. They purchase a new backpack for Aoi, and on the day of the hike, Aoi fails to pace herself. After recovering her breath, the two continue on their trek to the summit, where Aoi gives Hinata a souvenir that she’d bought earlier. On the descent, they encounter Kokona Aoba and help her mend her shoes. Two becomes four – Aoi, Hinata, Kaede and Kokona decide to visit the Hanno River beach together. As the day draws to a close, the girls look forwards to the adventures they will share together. Later, to help Aoi with her acrophobia, the girls take her to a climbing center.

Yama no Susume (Encouragement of Climb, literally “Recommending Climbing”) originally aired in 2013 as a short form anime – each episode runs for three minutes each, and the total episode count results in the first season being more similar to an OVA in content and presentation. Every journey must begin from somewhere, and Yama no Susume opens with Aoi becoming familiar with hiking. The progression is a gentle one: Yama no Susume eases Aoi into hikes by starting her off with a walk in the park, and then progresses her to a beginner’s mountain. By gradually acclimatising to hiking and the outdoors, Aoi is able to have more fun without becoming discouraged. She also meets new friends in the process: Kaede is highly experienced with the outdoors and brings technical know-how to the table, while Kokona is knowledgable about the outdoors. The first season of Yama no Susume is a season of beginnings, warming Aoi to the wonders of hiking in a gentle manner and showing that with the right encouragement, anyone can get started with hiking. Moreover, hikes are as varied as people: while there are mountaineering trails that demand exceptional experience and dedicated gear, there are also hikes that novices can readily enjoy and complete. These introductory elements set the stage for what is to come: Yama no Susume‘s first season is remarkably short, and viewers are invariably left with a want to see what adventures await Aoi and Hinata now that Aoi’s gotten her first few experiences with hiking up mountains. 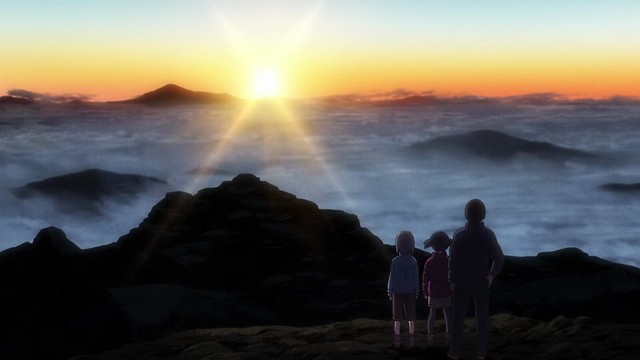 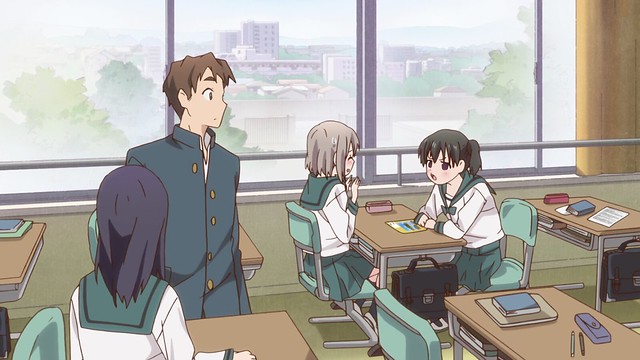 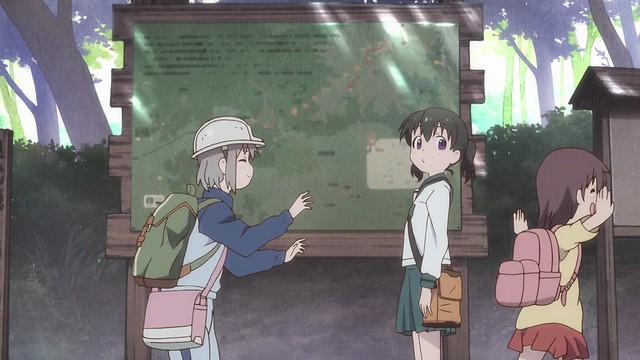 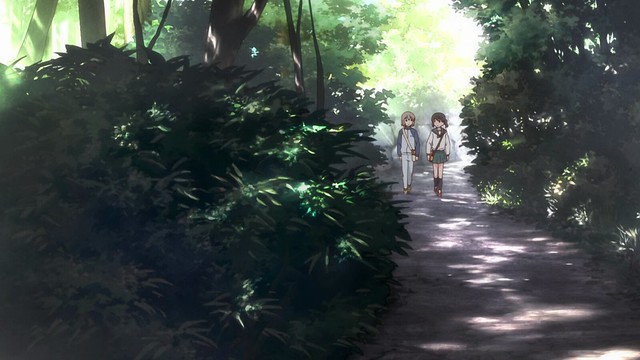 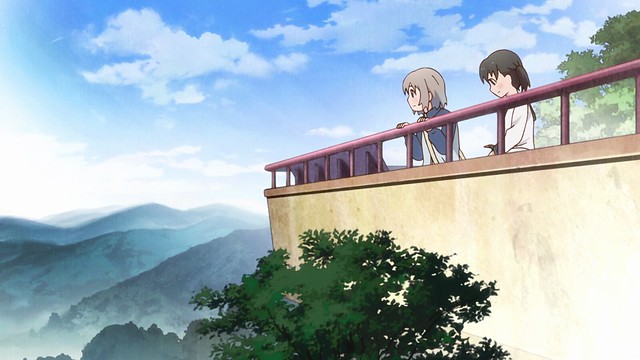 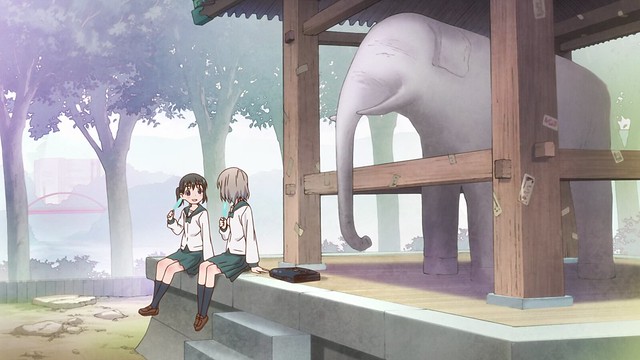 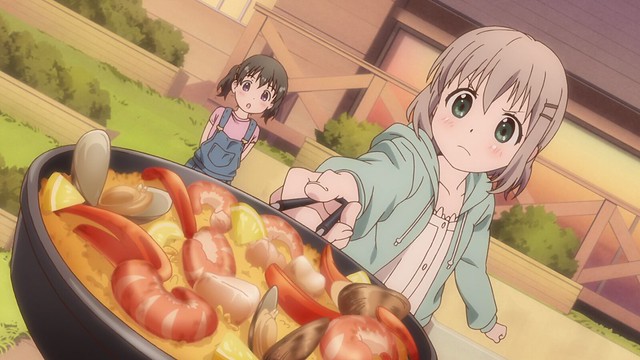 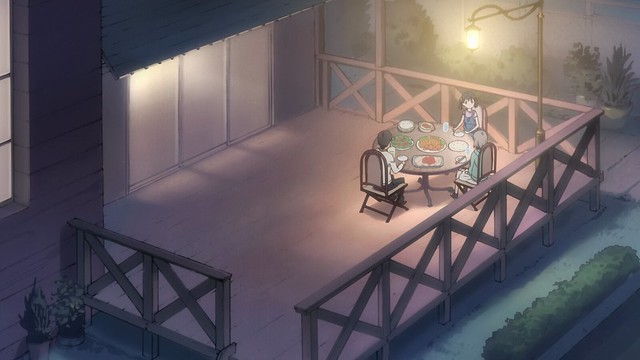 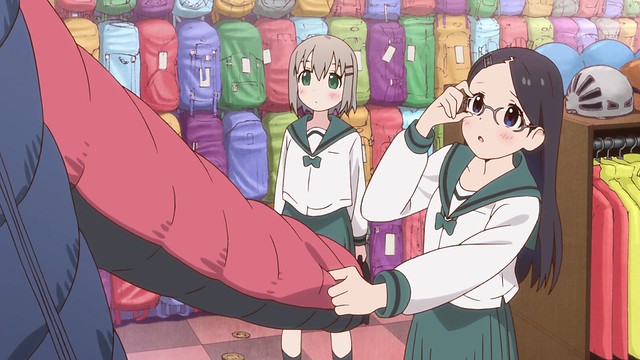 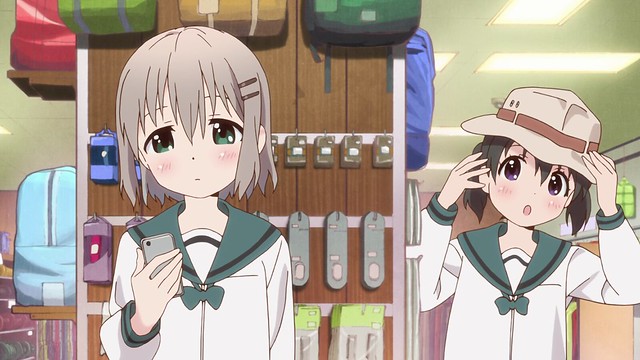 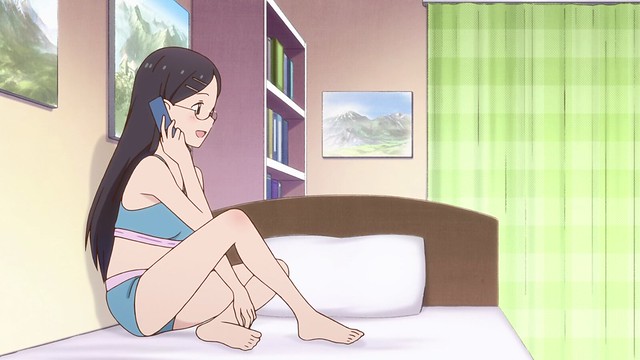 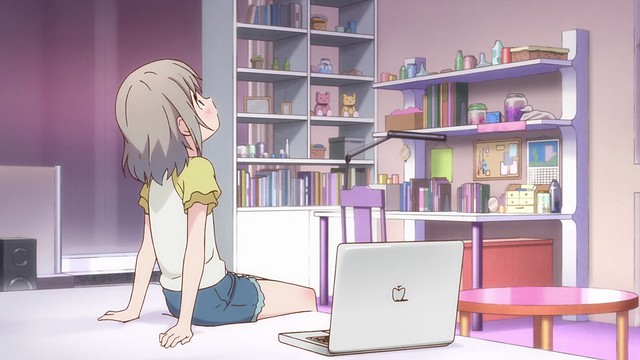 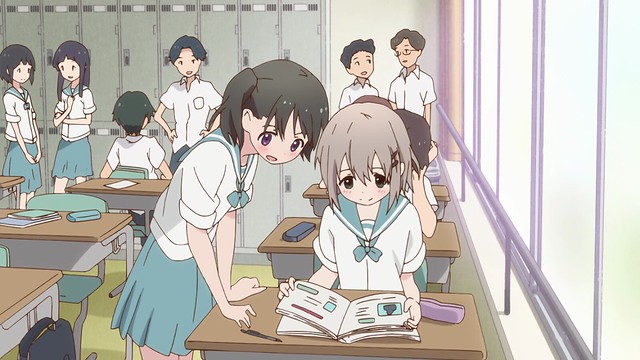 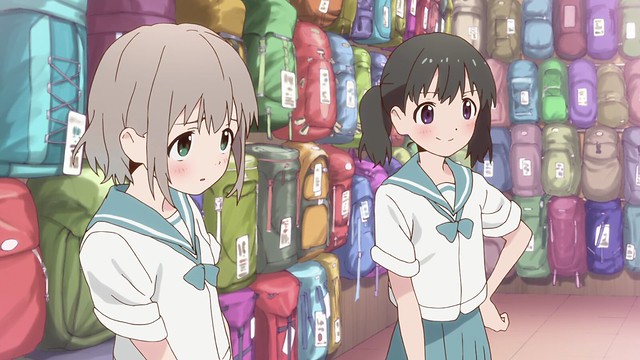 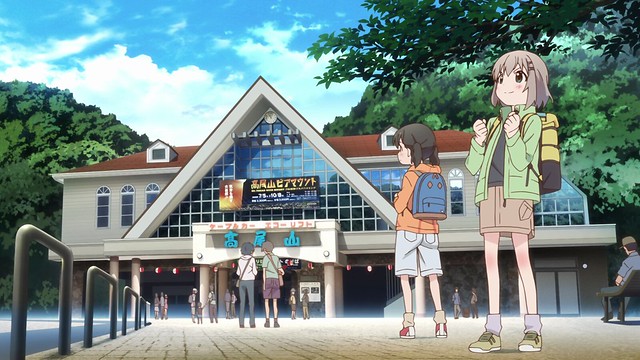 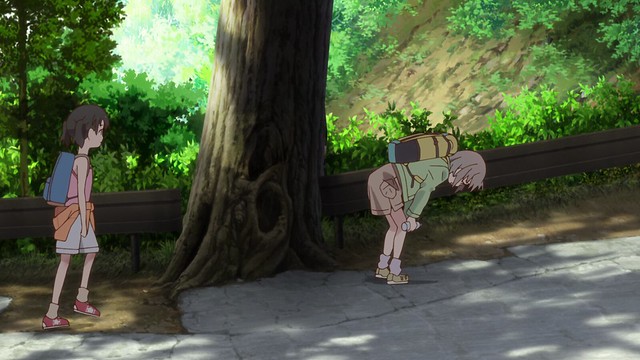 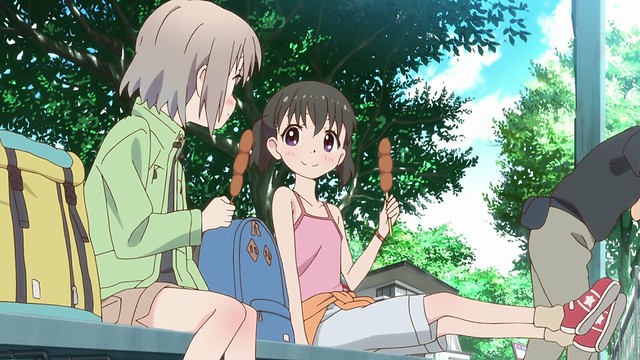 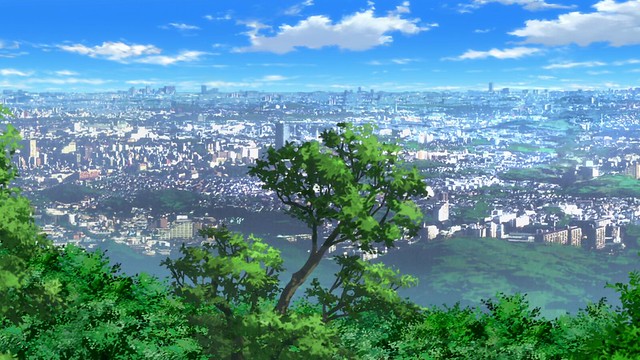 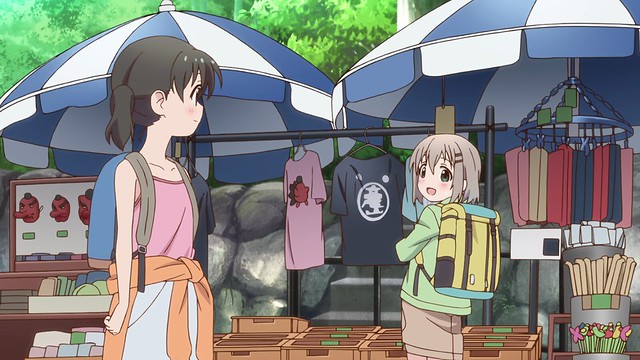 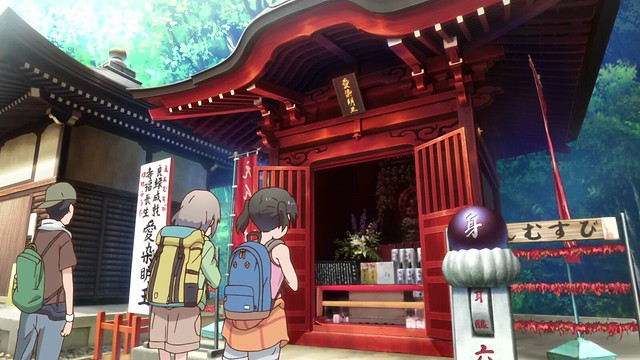 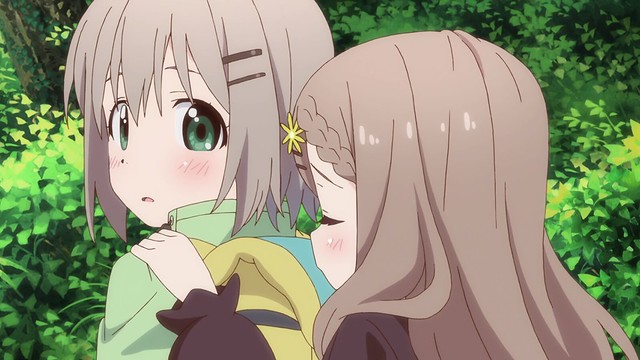 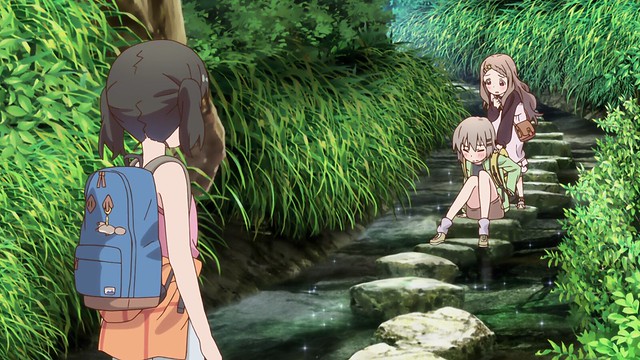 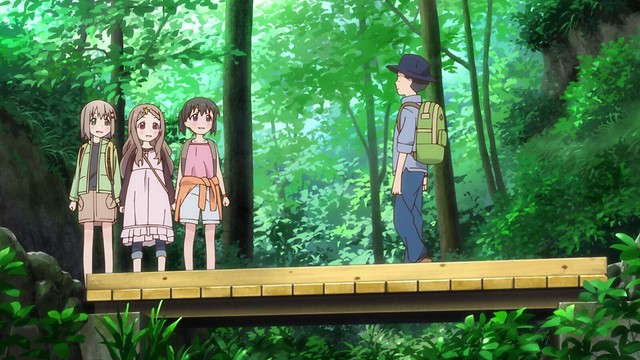 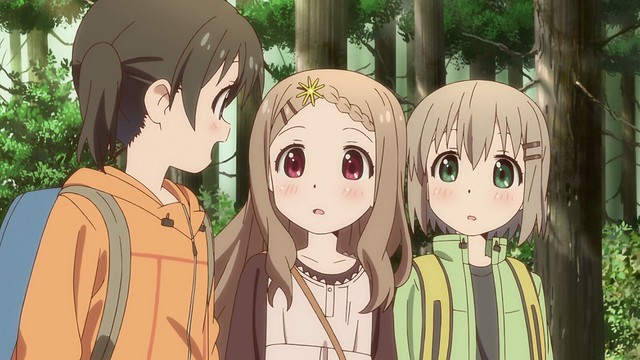 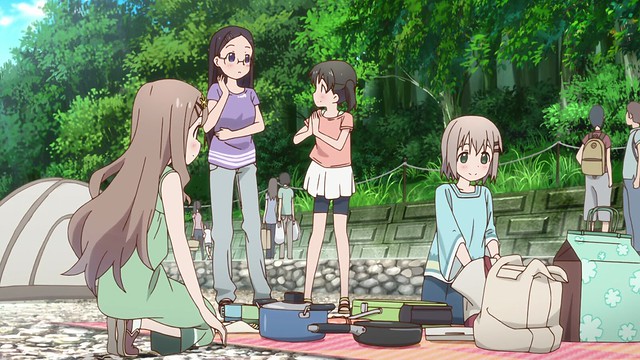 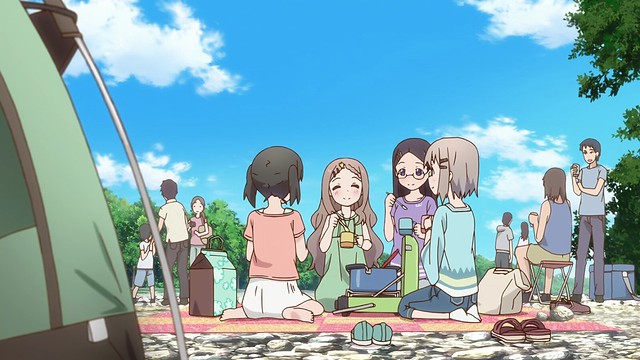 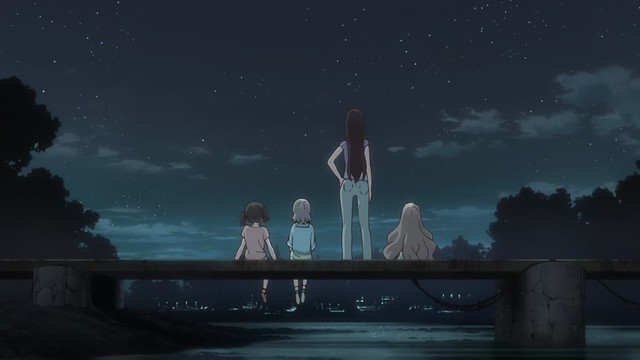 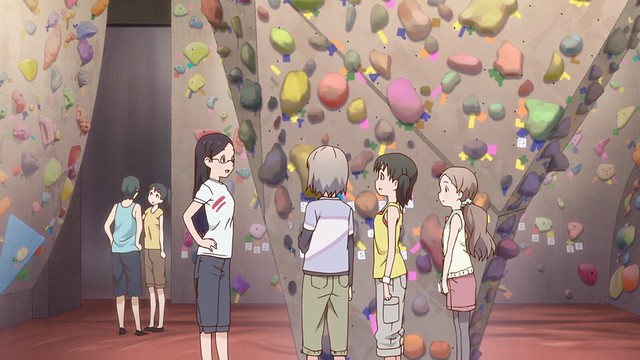 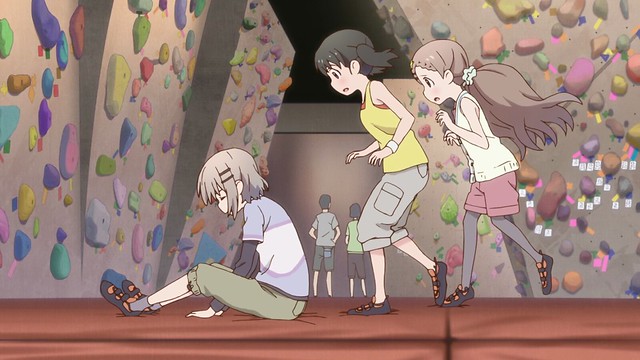 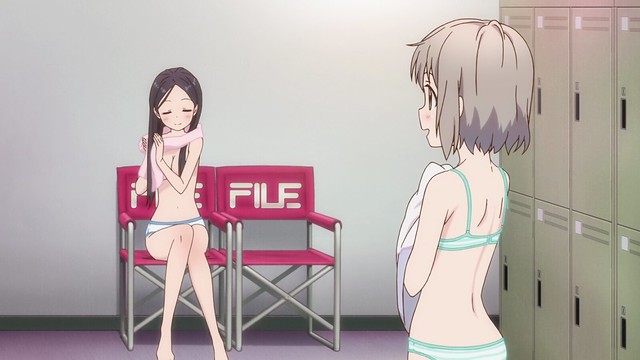 Yama no Susume lives up to its name; it is a very encouraging and approachable anime about the process that one takes towards climbing a mountain. While Yama no Susume is very literal about mountain climbing and hiking in that this is precisely what it deals with, from a metaphorical perspective, encouraging climbing is to encourage exploring new directions in life and overcoming them. Yama no Susume posits to viewers that every journey has a beginning, and that it is completely acceptable that beginnings do so in a slow, gradual manner. Despite totalling around forty minutes of runtime, Yama no Susume is very effective in its messages. The series has been compared to Yuru Camp△, which had a similar outdoors premise, but upon further inspection, Yama no Susume and Yuru Camp△ only really share the outdoors and a strong technical component about outdoor know-how as their commonalities – Yuru Camp△ is about the joys of being with others, while Yama no Susume shows how journeys start and progress. With things plainly in motion for Aoi, Hinata, Kaede and Kokona now, I am intending to return and write about Yama no Susume‘s second and third seasons, plus Omoide no Present. The manga is still running, and while waiting for Yuru Camp△ to continue with its second season, I have found a superb peer to experience in Yama no Susume.