Yama no Susume Season 2: A Review and Reflection at the Halfway Point

“If the mountain defeats you, will you risk a more dangerous road?” –Saruman, The Lord of The Rings: The Fellowship of the Ring

After Aoi is moved by a sunset during a sleepover, Hinata decides to surprise her with a trip to Mount Mitsutōge, from which there is a spectacular view of Mount Fuji. On the day of their trip, Hinata, Kaede and Kokona do their best to keep Aoi surprised; she learns of the truth anyways and is happy that her friends have gone to such lengths to make her happy. En route to Mitsutōge’s summit, Aoi manages to clear a cliffside path with support, and enjoys the view of Mount Fuji from the top of the mountain. Following their descent, the girls relax in an onsen, with Aoi partaking despite her embarrassment. Later, when Hinata accidentally mangles something Aoi is knitting, Aoi refuses to speak to her. With help from Kokona, Hinata makes amends with Aoi. Aoi later wants to ascend Mount Fuji to see the sunrise from its summit, and her mother initially refuses, but relents after seeing Aoi’s determination. Despite this, Aoi worries about whether or not she’ll make it, and decides to proceed with encouragement from her friends. During the ascent itself, Aoi grows tired from the increasing altitude, and eventually develops a headache shortly before reaching the Eighth Station from pushing herself. Kaede remains behind to look after her, while Hinata and Kokona continue their climb. They are met with a beautiful sunrise and explore Mount Fuji’s caldera, while Kaede accompanies a dejected Aoi back down the mountain. This is the sum of what happens in Yama no Susume‘s second season’s first half – airing in the summer of 2014, amidst the development of The Giant Walkthrough Brain, Yama no Susume‘s second season continues with Aoi’s journey to mountain climbing.

With the first season setting up the premise and introducing all of the characters, Yama no Susume‘s second season (admittedly, an unwieldy title, which will heretofore be referred to as Yama no Susume 2) proceeds into showcasing the natural progression of Aoi’s friendship with Hinata, Kaede and Kokona as they get to know one another better. This results in a group hike up Mitsutōge, and eventually, an attempt to scale Mount Fuji itself. This is a gargantuan undertaking representing the culmination of everyone’s friendship – to defeat the tallest mountain in all of Japan would be a momental feat. Unsurprisingly, Aoi finds herself ill prepared, both physically, and mentally, for the task at hand: even with support from her friends, exhaustion and altitude sickness precludes her making it to the top, showing that in spite of how far she’s come, Aoi is not quite ready to make the climb just yet. There’s still a bit more learning left, and while Aoi does fall into a melancholy for her failure, this sets the stage for her to grow further as a character. Yama no Susume 2‘s deliberate portrayal of Aoi being defeated by the mountain shows that in life, there are things that one cannot quite conquer even with help; it is sometimes the case that one’s own limitations are the cause, and it ultimately falls on the individual to further themselves, rising to the occasion and finding different solutions, that allow them to overcome their setbacks. It’s a change of pace from series where friendship is a decisive factor in helping an individual out, and Yama no Susume 2 represents a refreshing approach towards advancing character growth. 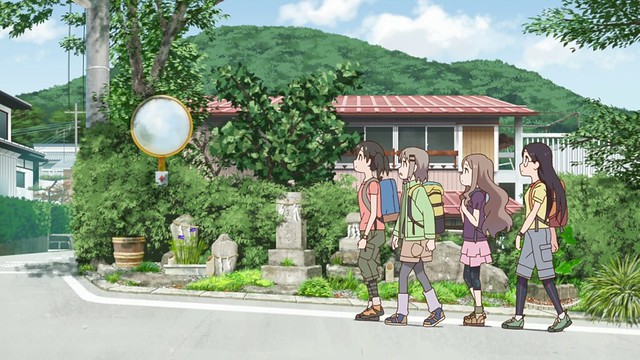 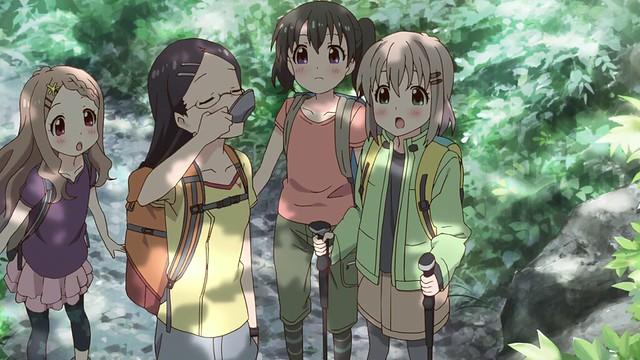 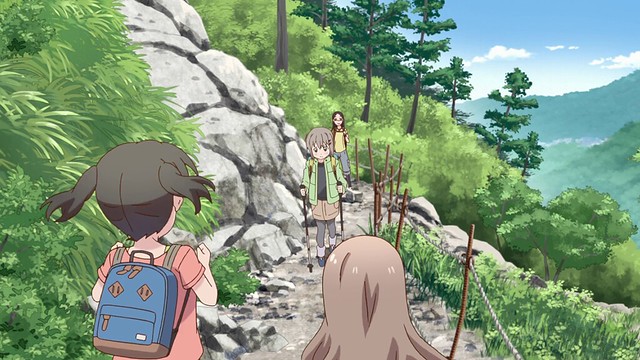 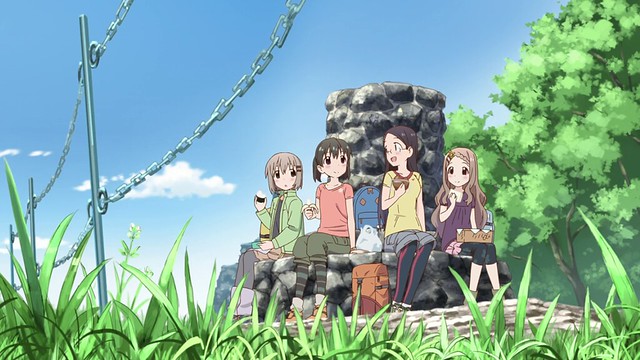 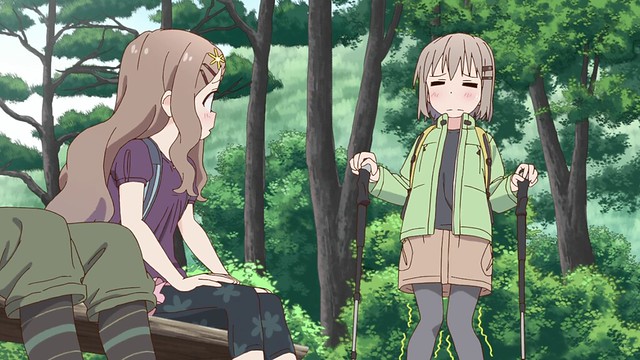 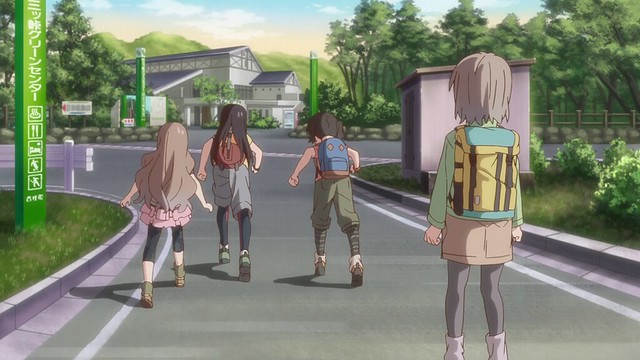 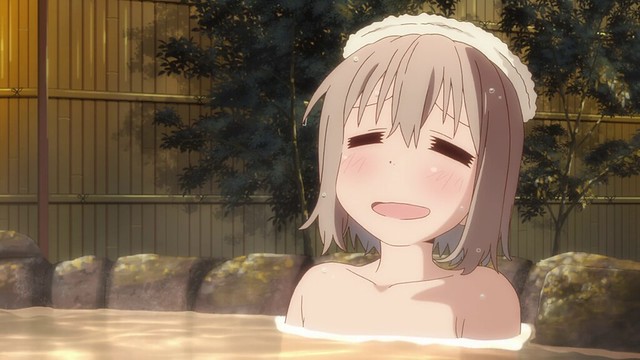 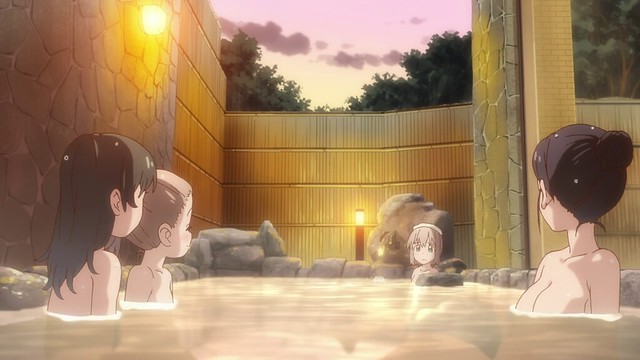 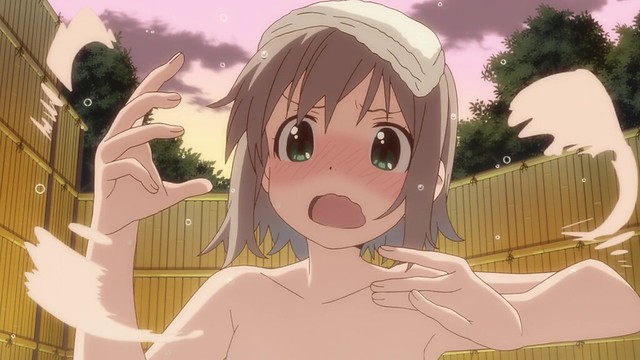 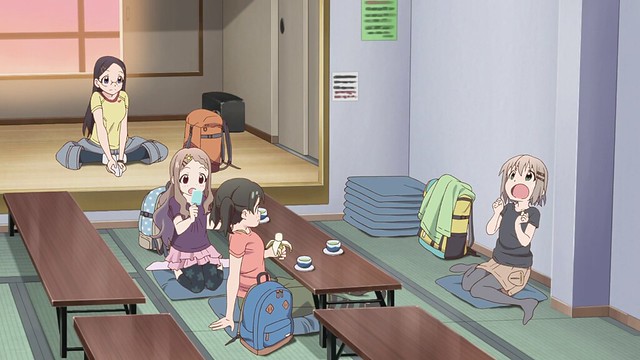 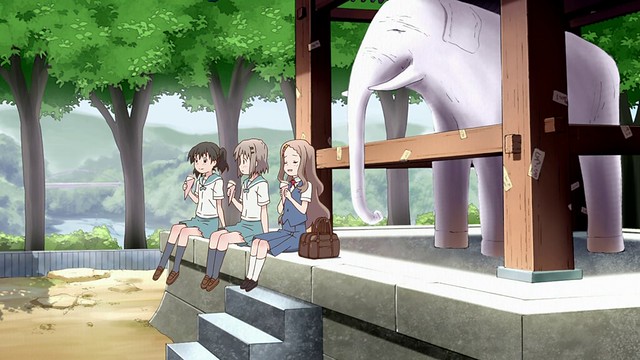 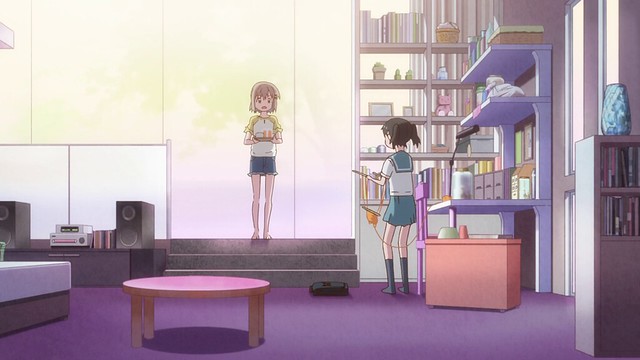 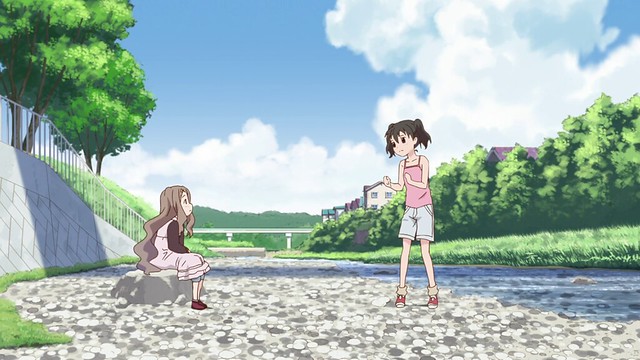 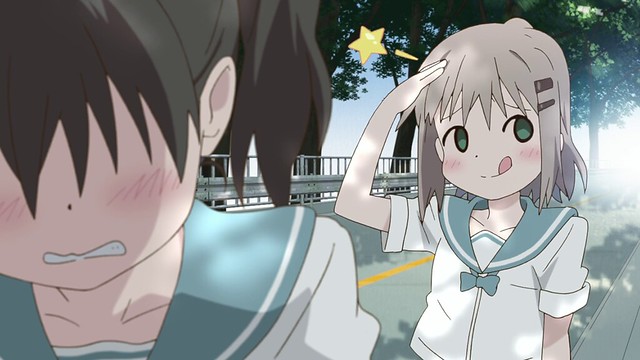 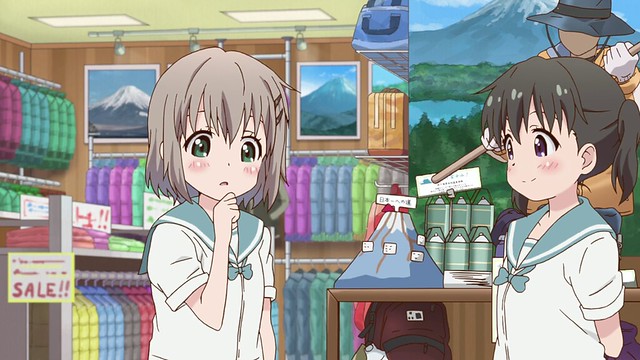 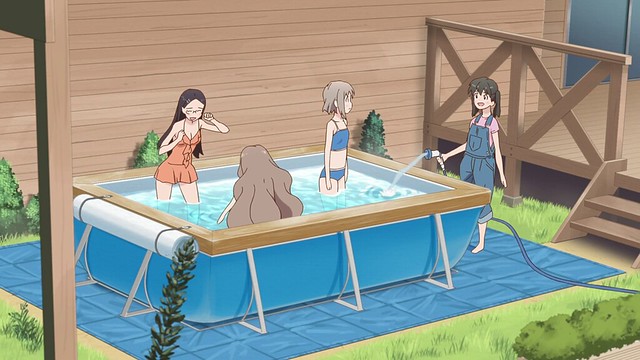 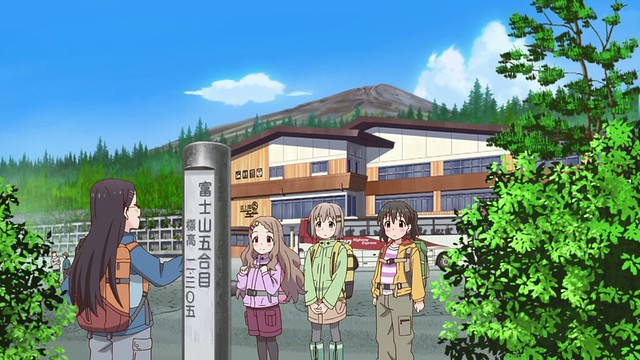 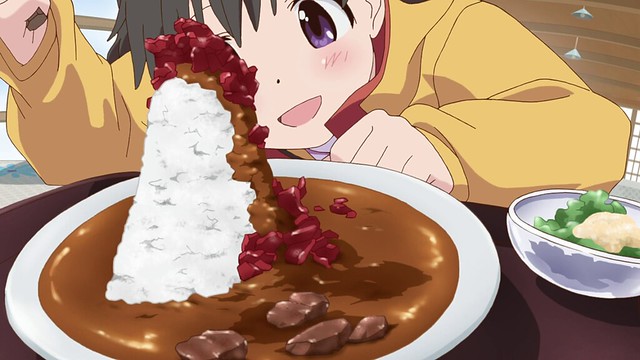 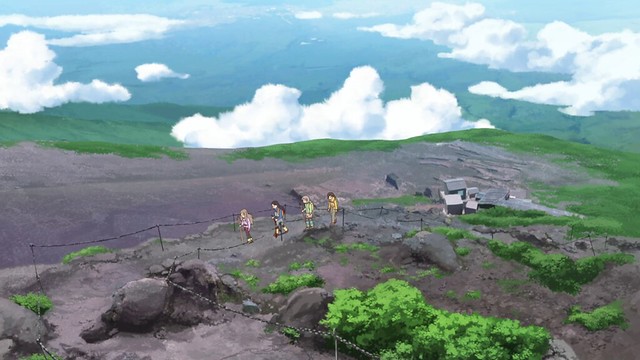 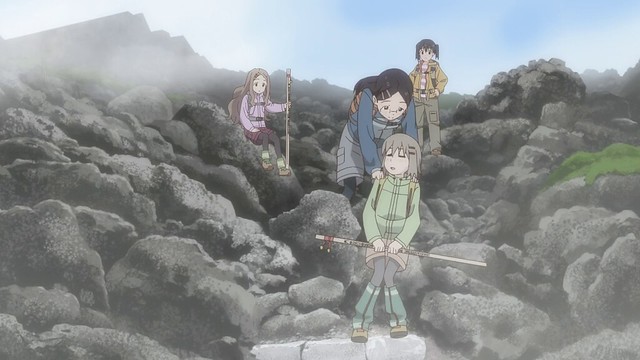 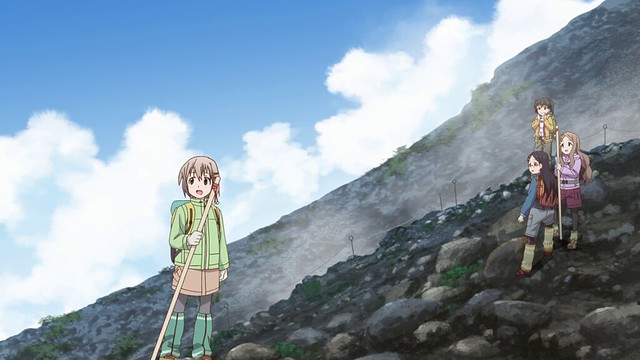 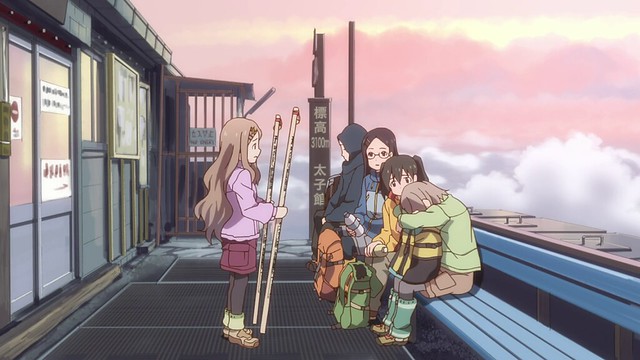 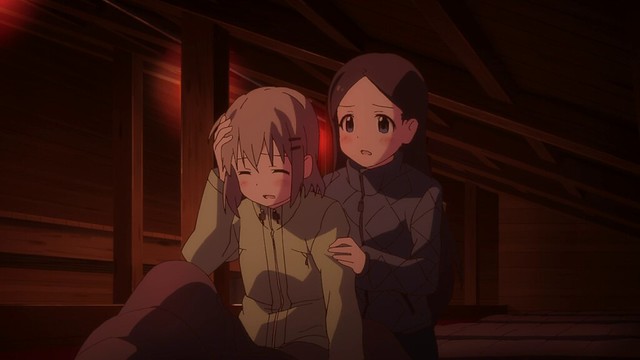 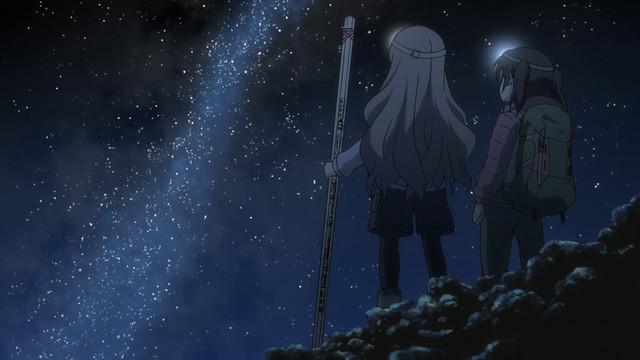 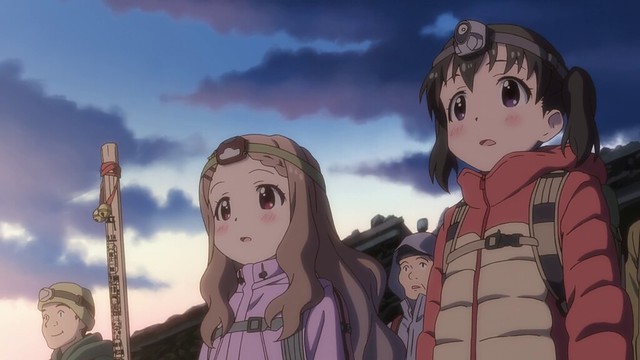 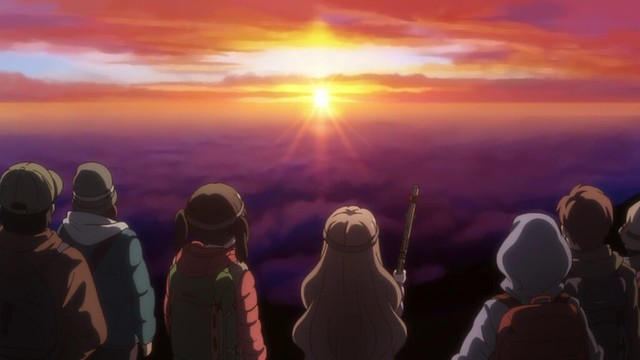 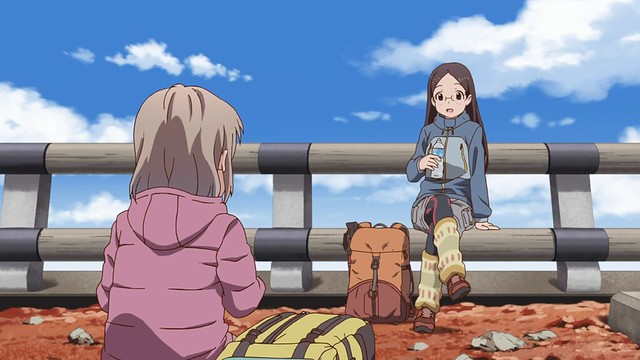 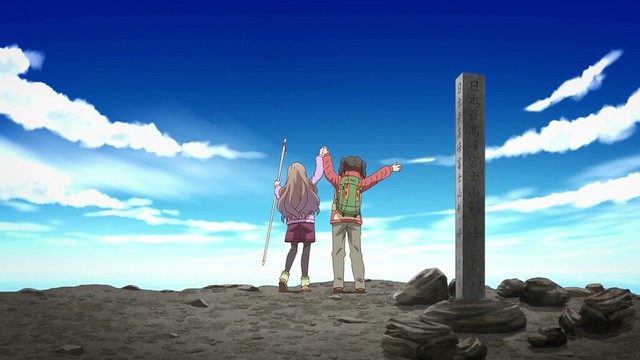 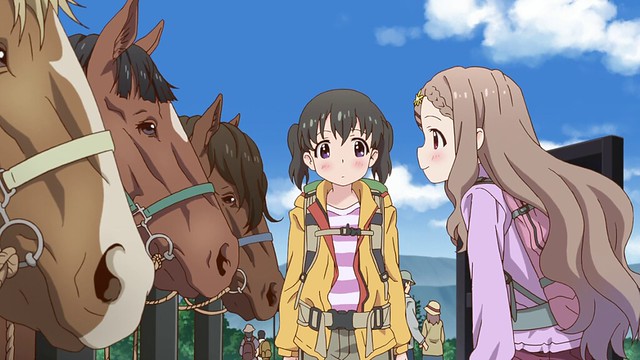 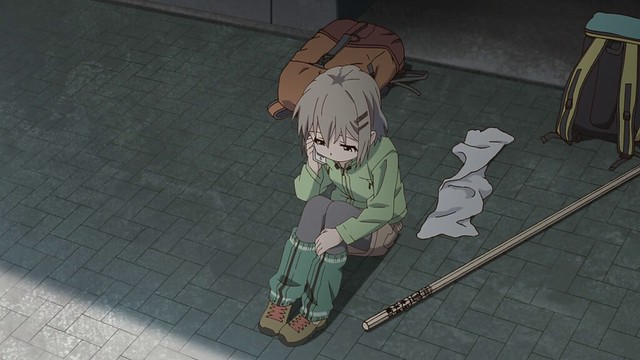 One aspect of Yama no Susume that continues to stand out is Aoi: despite possessing the characteristics typical to a protagonist of a slice-of-life series (Aoi is quite, reserved and doubtful of her abilities in some areas), she’s also considerably more expressive than characters in a similar role. Aoi can be upset by the things her friends do, grow embarrassed under some conditions, and can be a bit mischievous in her own right. The fifth episode, dealing with Hinata attempting to make things up to Aoi, shows Aoi as exhibiting a wider range of behaviours: she stubbornly refuses to talk to Hinata after Hinata wrecks her knitting project, and later brushes off an accident with an unexpectedly insensitive manner after she trips and pulls down Hinata’s skirt. This was the magic moment in Yama no Susume 2: Aoi’s developing interest in mountain climbing, as well as dejection in failing to best Mount Fuji, underlies the complexity and multi-faceted nature of her character, making her more relatable and plausible as a character. With distinct flaws, audiences are therefore more inclined to root for Aoi as she picks herself back up and rediscovers the joy of the outdoors once again. This is the appeal in Yama no Susume; while the first season was a pleasantly gentle ride, season two definitely shows that there is much to be gained by watching the characters interact more freely with one another in a wider context. I am looking forwards to seeing where Yama no Susume 2 heads, and remark that it was indeed episode five in this second season that convinced me to thoroughly go through the series.

One response to “Yama no Susume Season 2: A Review and Reflection at the Halfway Point”