Yama no Susume Season 3: A Review and Reflection at the Halfway Point

2 Comments Posted by infinitezenith on July 6, 2019

“Beauty has so many forms, and I think the most beautiful thing is confidence and loving yourself.” –Kiesza

With autumn setting in, Aoi decides to take Hinata on a night climb to Mount Tsukuba and express her thanks to Hinata for having gotten her a souvenir from Mount Fuji. The beautiful landscapes at the top of Mount Tsukuba motivate Aoi to reattempt Mount Fuji, but after learning that Mount Fuji’s trails and facilities will be closed until next summer, Aoi decides to pick up dedicating hiking shoes instead, and ascends Mount Tenran to test them out. Later, Aoi decides to hike the trails of the Hanno Alps, and while finding it a challenging experience, she runs into Kokona and visits the shrines in Nenogongen. Back in school, when Mio, one of Aoi’s classmates, strike up a conversation with her, Aoi finds herself accepting an invitation to karaoke. Encouragement allows Aoi to be herself and have a good time. Aoi, Hinata and Kokona meet up with Honoka to visit Lockheart Castle uin Gunma. With their cameras, they capture memories of their experiences. After Aoi learns about mountain coffee, she decides to pursue the art of brewing and enjoying it, sharing her coffee with Hinata at the Kanhasshu Observation Platform and learning that contrary to her imagination, Hinata actually drinks her coffee with milk and sugar. Halfway into Yama no Susume‘s third season (Yama no Susume 3 for brevity), the series marks a triumphant return of a series that has done a phenomenal job of capturing the ins and outs of mountain climbing, growing friendships and interpersonal discoveries, as well as intrapersonal growth as a result of taking up a new hobby and spending time with newfound companions. Yama no Susume 3‘s run began last summer, and having run the gauntlet of having to catch up, I’ve now reached a point where I can begin my journey into Yama no Susume‘s latest instalment.

Immediately after beginning Yama no Susume 3, it is apparent that this third season’s more condensed runtime has a non-trivial impact on each episode’s pacing; whereas Yama no Susume 2 had twenty-four episodes and therefore, plenty of timing to portray Aoi’s experiences in greater detail, the third season only has half the episodes. Consequently, each episode feels a lot more concise, skating over more subtle or mundane moments in favour of highlights. The end result changes the dynamic of Yama no Susume 3 from those of its predecessors, making the anime feel much more determined and to-the-point. While this change does detract from the slower pacing of Yama no Susume 2, it serves one important narrative function – the higher pace reflects Aoi’s growing confidence. As a result of climbing mountains in a literal sense, Aoi has also matured by overcoming metaphorical mountains. Moments that were momentous milestones now become more commonplace, and so, focus on such instances is diminished as Aoi sets herself the concrete target of conquering Mount Fuji again, and then works towards preparing for the task by improving her endurance and picking up new shoes. Along the way, Aoi also becomes more open towards those around her. In showcasing the more pivotal moments for Aoi, Yama no Susume 3‘s pacing conveys to viewers Aoi’s excitement for a rematch with Mount Fuji: the series has always been successful in doing more with less, and halfway through Yama no Susume 3, it appears that things will continue at a brisk, smart pace. 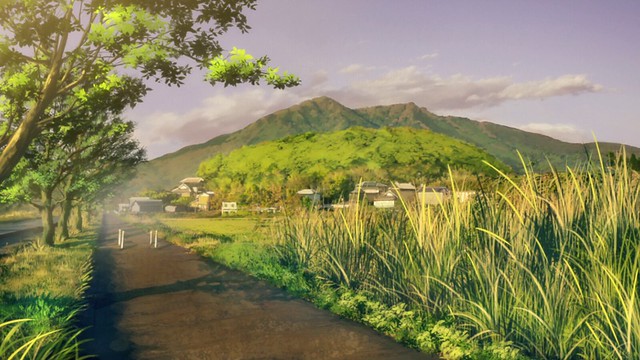 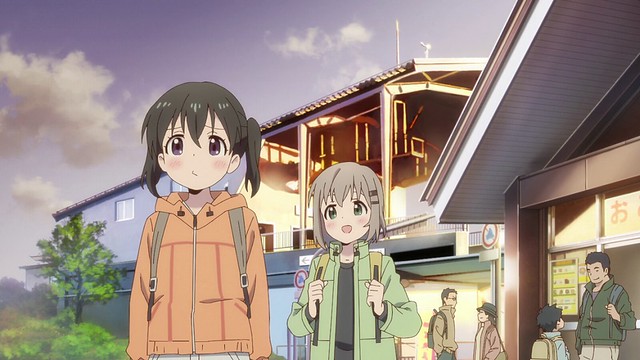 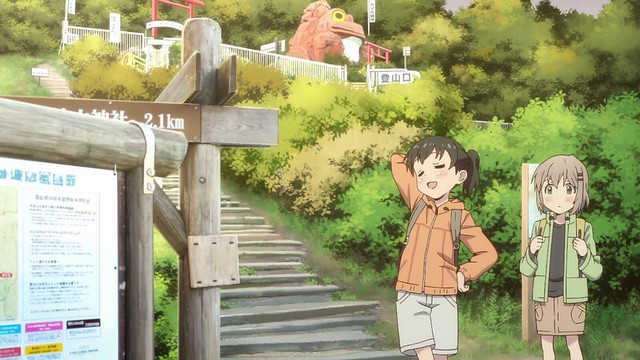 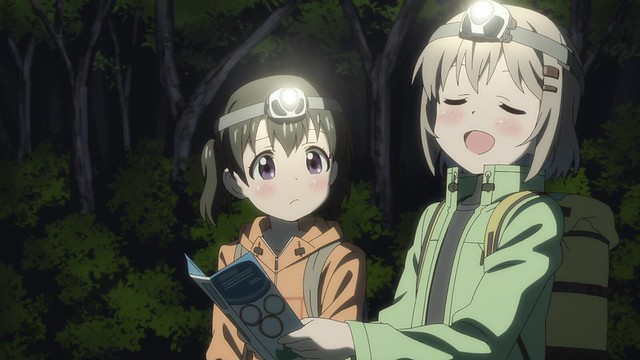 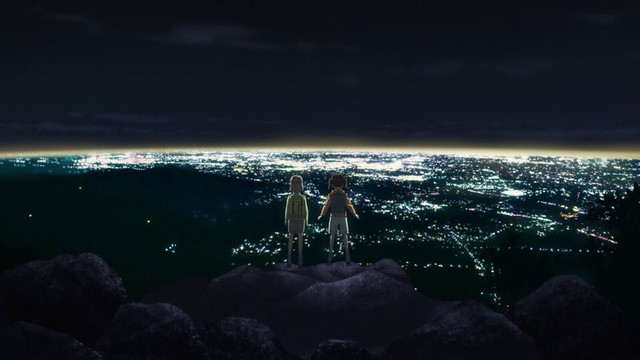 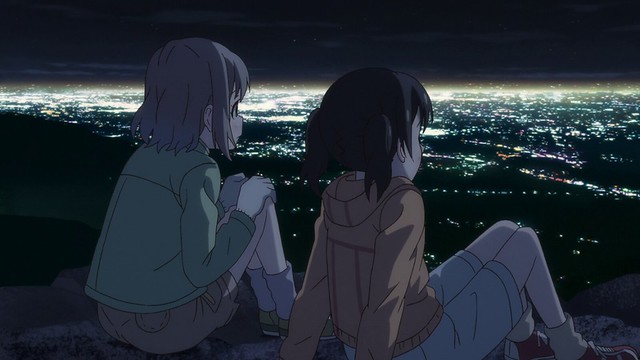 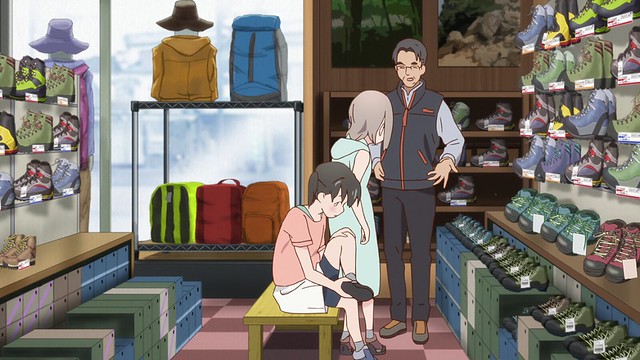 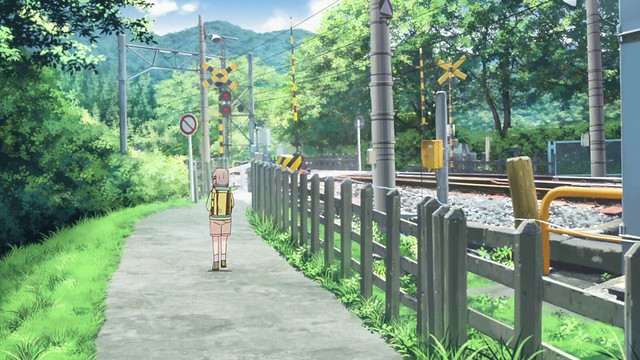 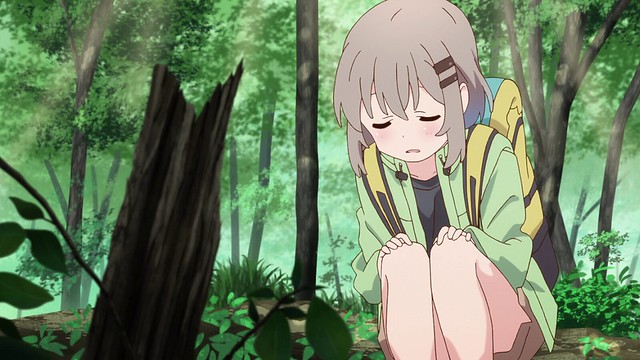 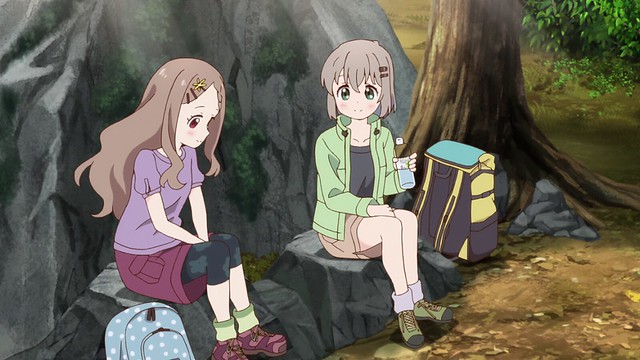 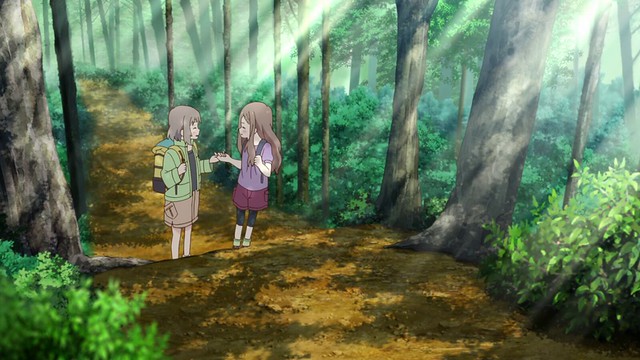 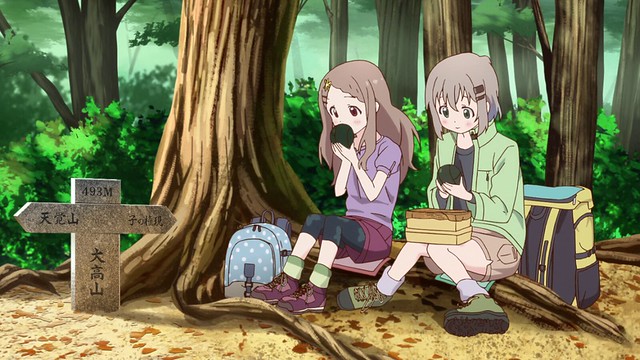 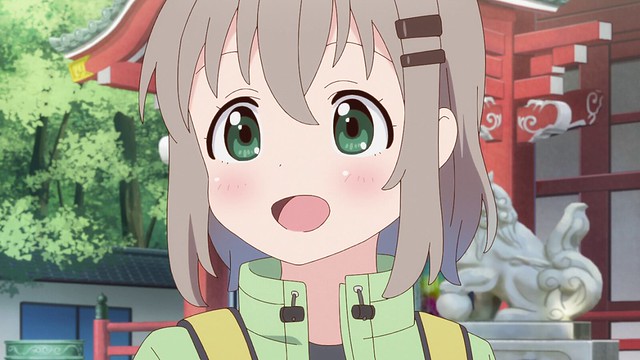 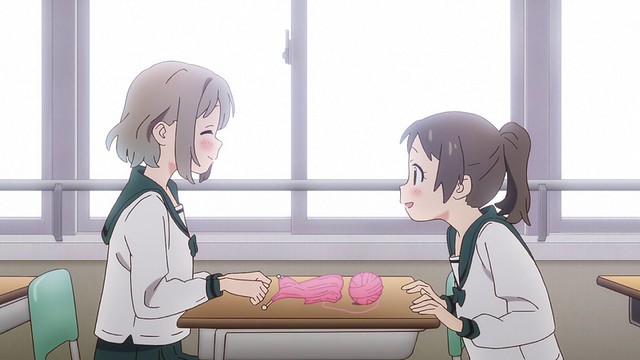 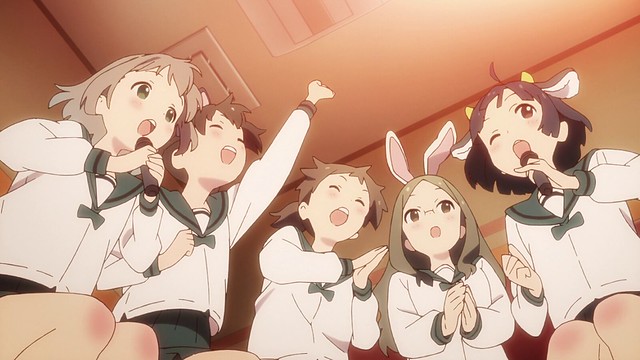 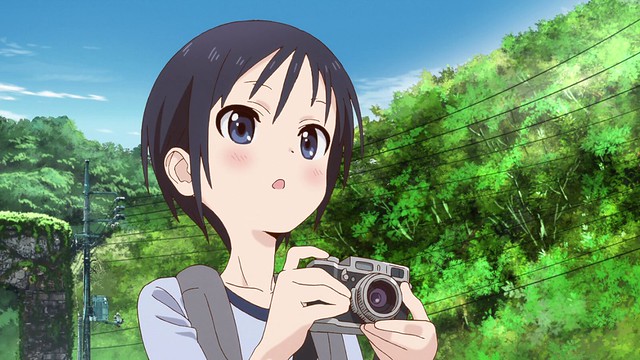 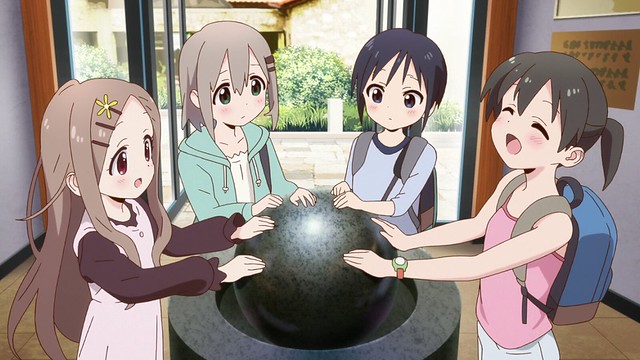 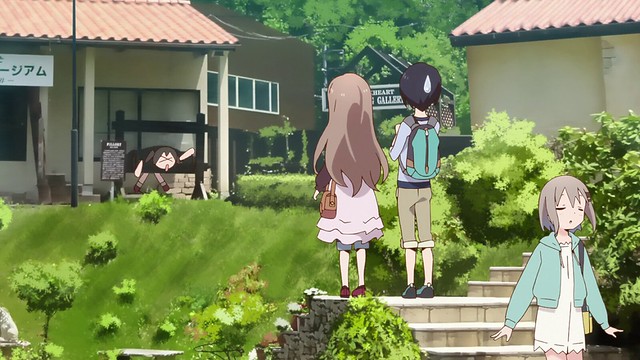 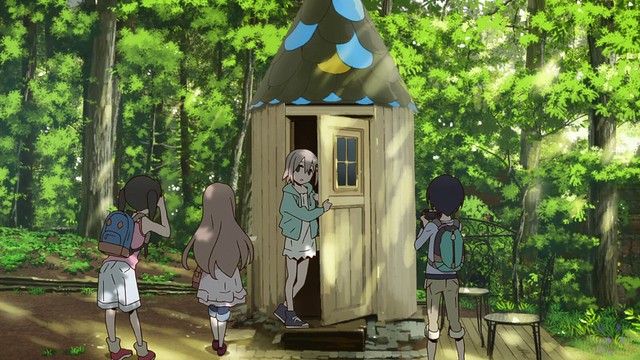 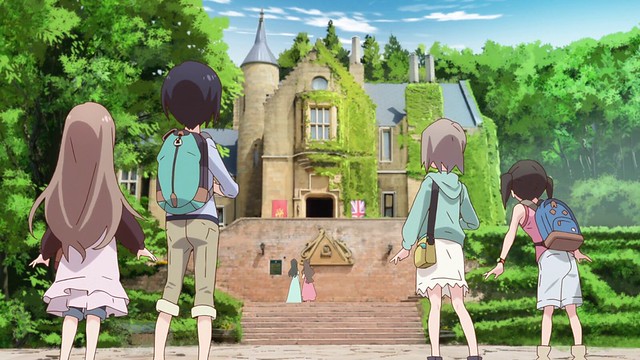 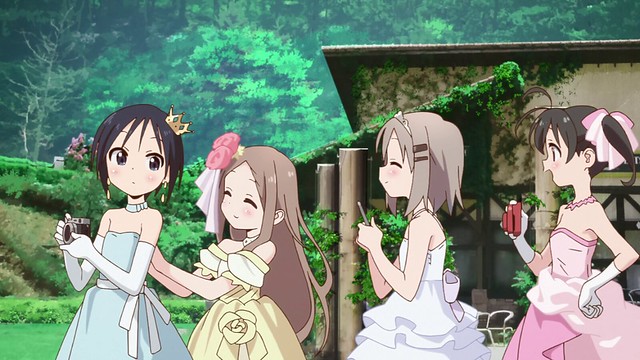 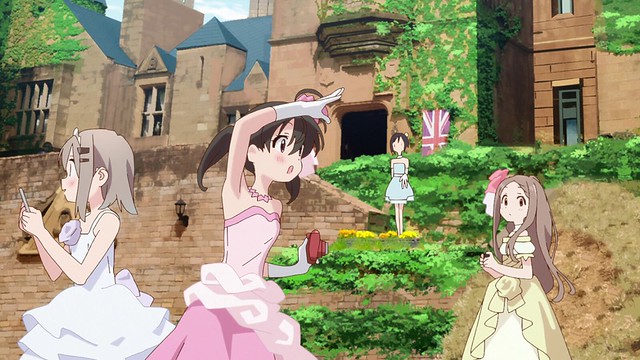 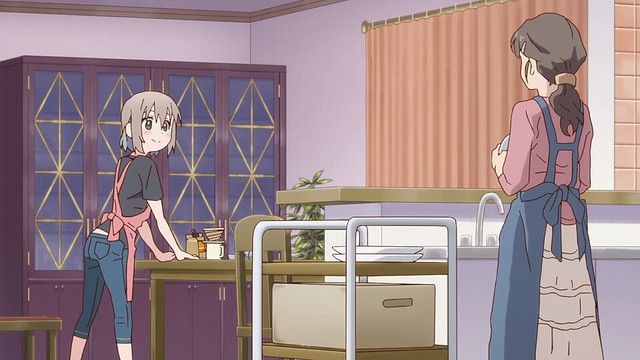 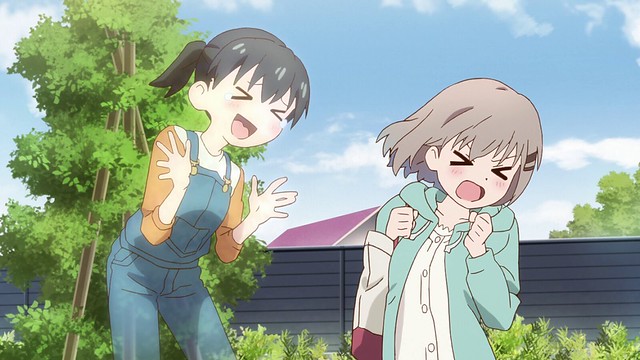 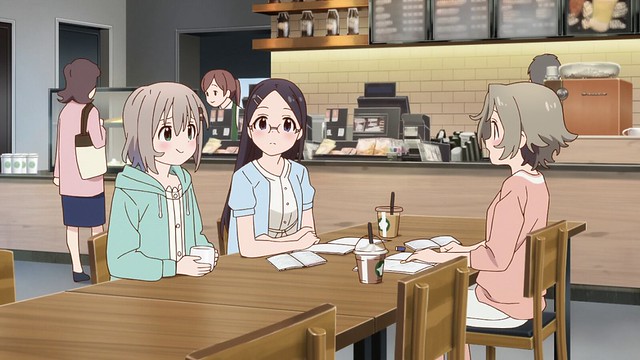 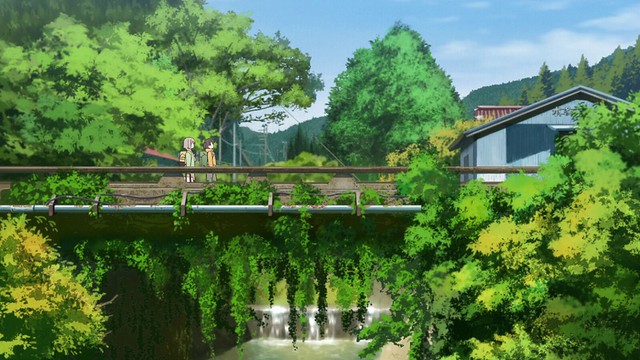 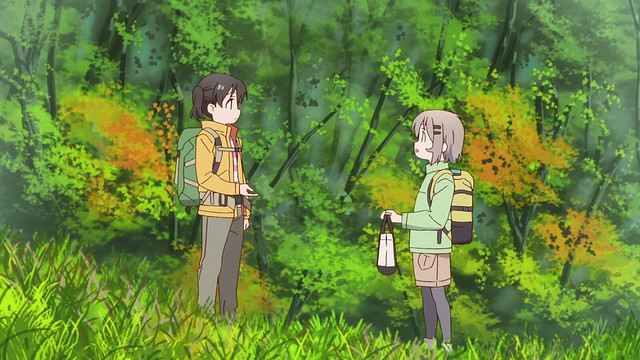 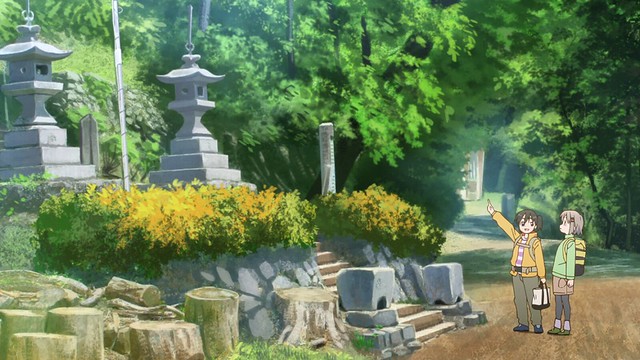 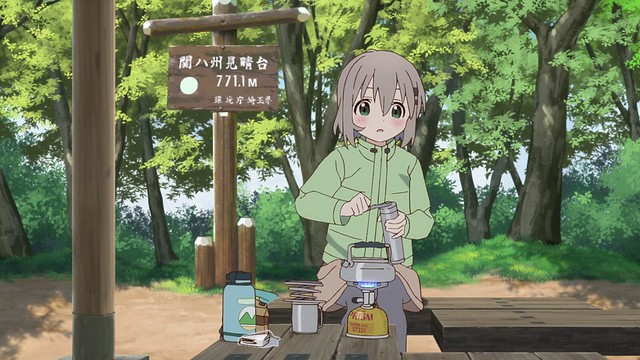 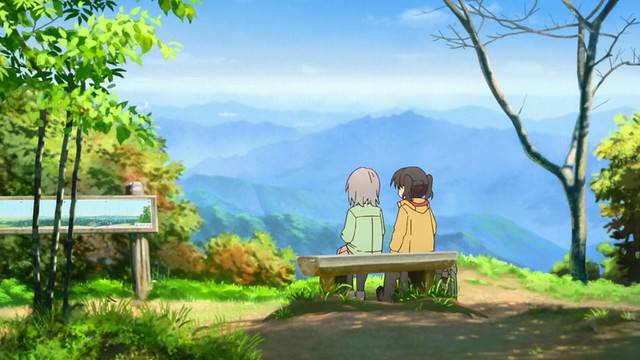 While the short length of Yama no Susume 3 precludes Aoi returning to Mount Fuji for a rematch against the mountain, the comings and goings in Yama no Susume 3 continue to show that the series is about the journey, rather than the destination, and it is the small things, whether it be training for more strenuous treks or picking up the right equipment, that inevitably set in motion much larger changes. Yama no Susume might be billed as a relaxing series, but it also offers a plethora of relevant life lessons. This particular aspect of Yama no Susume is what makes the series worth watching, dealing with often-times tricky lessons in a very gentle and accessible manner. Because Yama no Susume 3 is on the shorter side, I anticipate finishing this one on very short notice, and while there’s been no news of a continuation, given the fact that the manga is still on-going, and the fact that Aoi’s goal of ascending Mount Fuji has yet to be realised, I anticipate that at some point in the future, a fourth season will be released. I am thoroughly enjoying Yama no Susume – each and every episode puts a smile on my face, and I greatly look forwards to wrapping up season three.

2 responses to “Yama no Susume Season 3: A Review and Reflection at the Halfway Point”