“As long as there are those that remember what was, there will always be those that are unable to accept what can be. They will resist.” –Thanos, Avengers: Endgame

Everyday life at base continues for the 501st, with the Witches butchering their celebrations for Halloween, do their best to give Mio a proper haircut, attempt to fix Francesca’s toothache, explore different ways to relax and prepare for their night duties. The Witches also attempt to stay cool under the hot summer weather, and even begin picking up basic first aid skills from Erica, but fail when they become distracted by their mannequins. When Mio’s execution of the reppuzan levels the base, the Witches are taken to a desert island while the navy engages the Neuroi hive. A stray blast from Mio’s sword destroys the distant hive, and Yoshika loses all of her magic attempting to absorb the reppuzan when Mio’s sword goes out of control. The Witches are forced to disband now that the Neuroi threat has been neutralised, and from the fact they have no base to return to. This brings the only anime I actively followed during the spring season to a close, and I imagine that readers would be surprised that I return to wrap up my thoughts about it, especially considering that Joint Fighter Wing Take Off! was a series of shorts of similar length to Yama no Susume, but unlike Yama no Susume, has no coherent theme to speak of.

While Joint Fighter Wing Take Off! may lack a central message, character growth and even serviceable artwork and animation, the series proved to be surprisingly entertaining by accentuating the outrageous interactions amongst the characters and placing them in ridiculous situations. In the near-total absence of a Neuroi threat, if the girls are allowed to come and go as they please, complete chaos reigns as a result of everyone’s different cultural backgrounds and personalities. Joint Fighter Wing Take Off! suggests that without the Neuroi unifying everyone’s efforts towards defending their countries and protecting what’s dear to them, the Witches themselves are simply ordinary people who may not always see eye-to-eye, creating moments of hilarity that far exceed initial expectations for a show of its type. It then stands to reason that Joint Fighter Wing Take Off! is meant to show how extraordinary circumstances brought about by war really forces individuals to rise to the occasion and do what is necessary to protect their homelands and their people. As such, while appearing quite irrelevant and irreverent, Joint Fighter Wing Take Off! actually sets the stage for what one can reasonably expect from Strike Witches: Road to Berlin – having provided viewers with an overt display of humour, it appears that the mood looks to darken as Strike Witches returns in 2020. 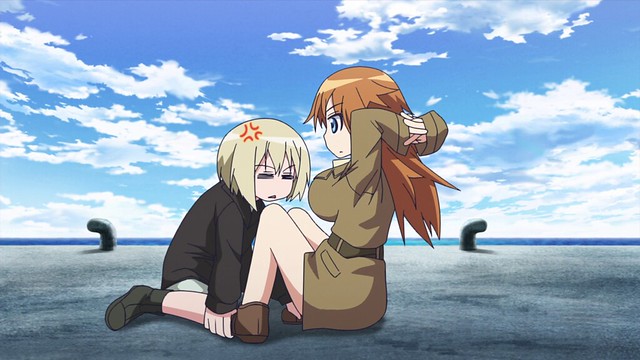 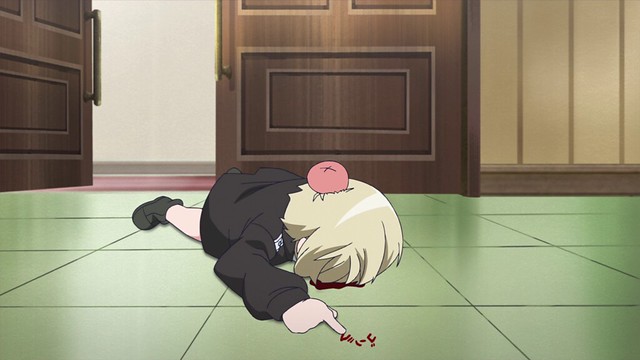 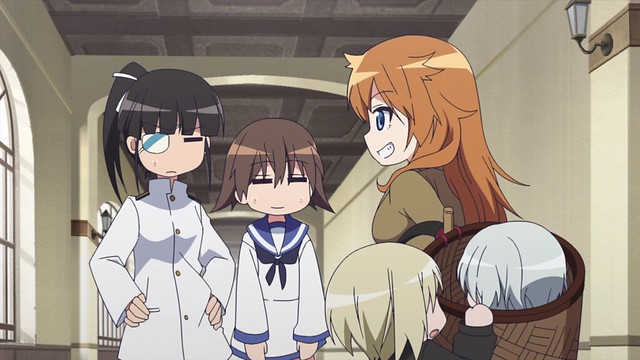 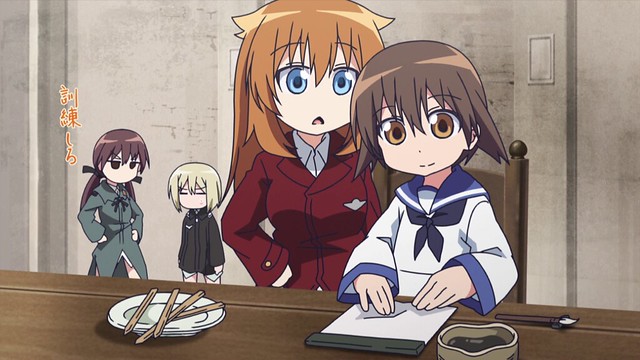 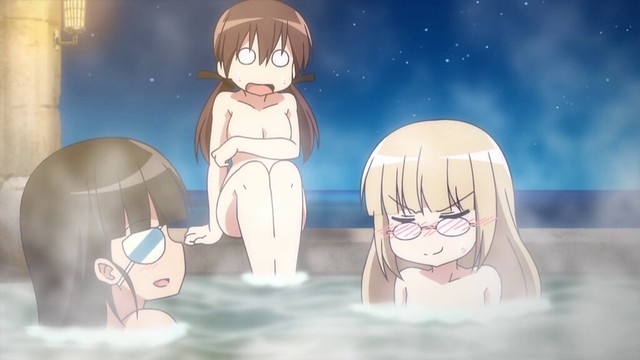 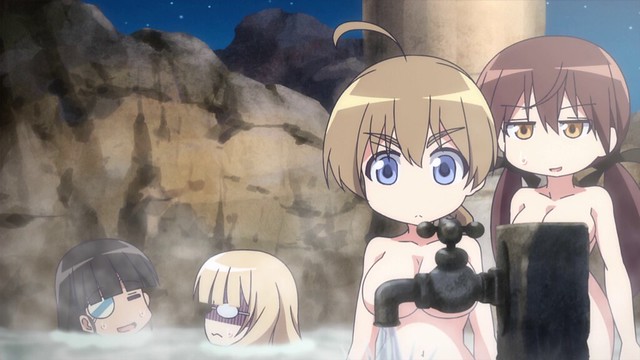 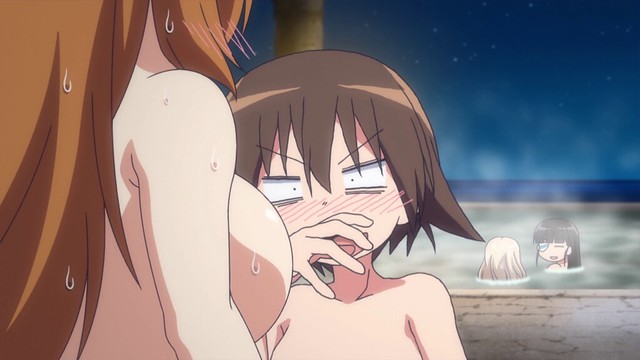 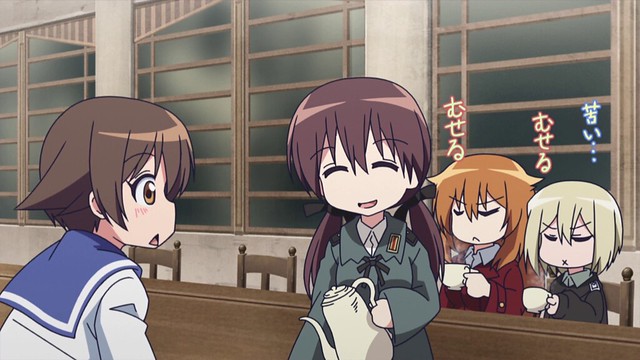 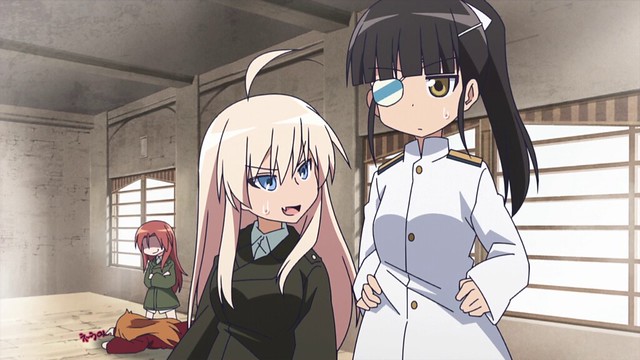 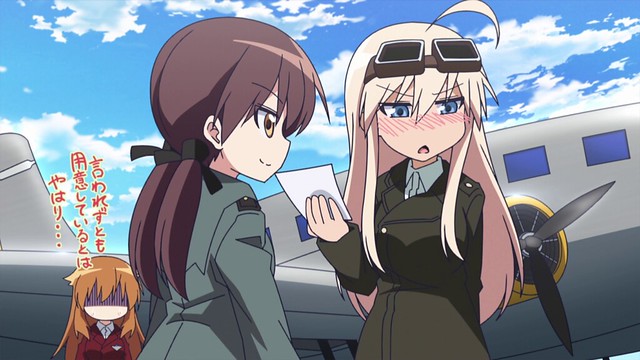 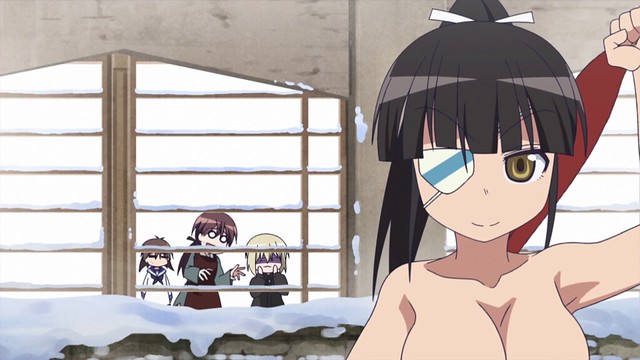 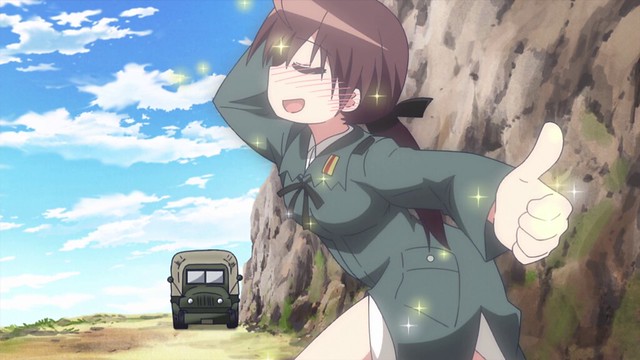 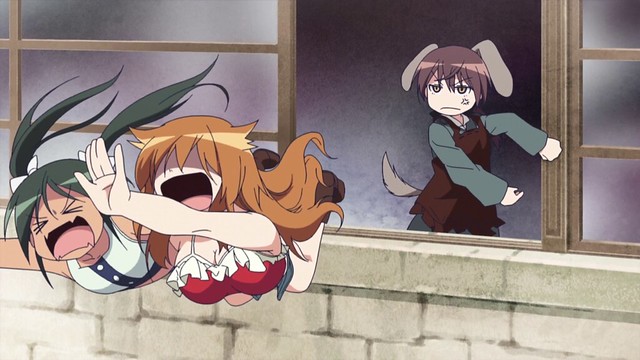 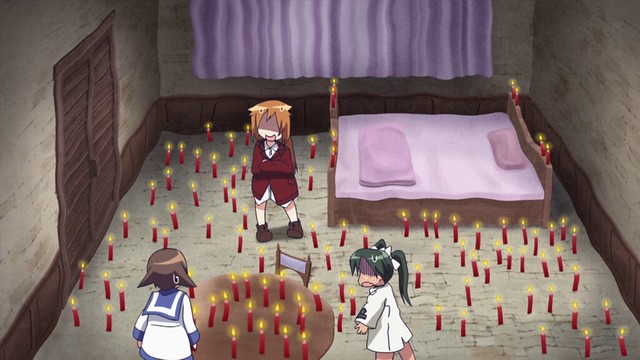 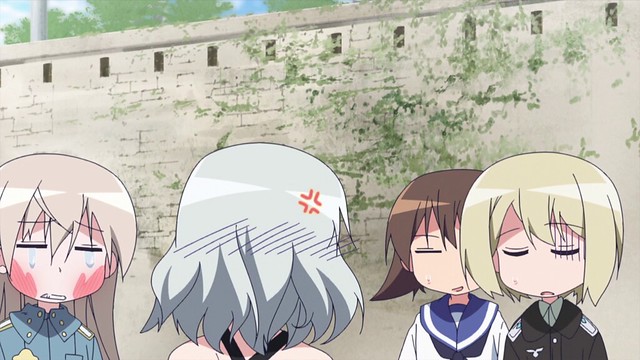 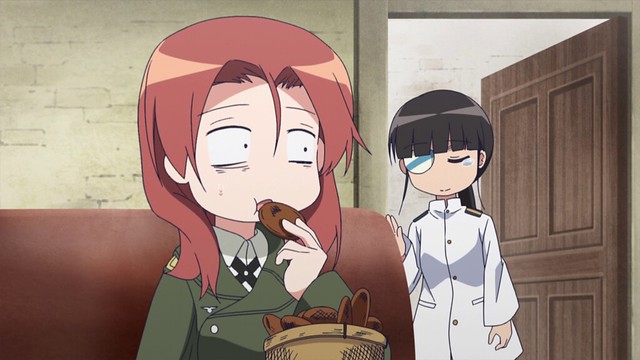 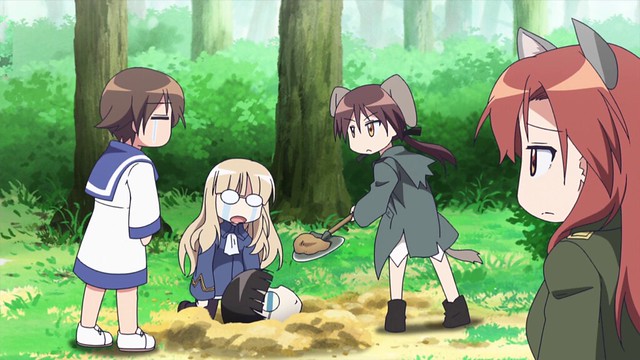 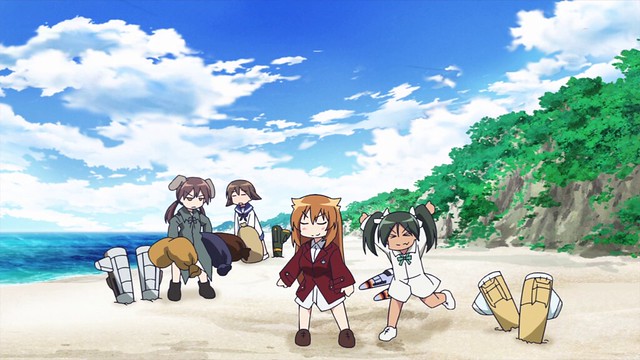 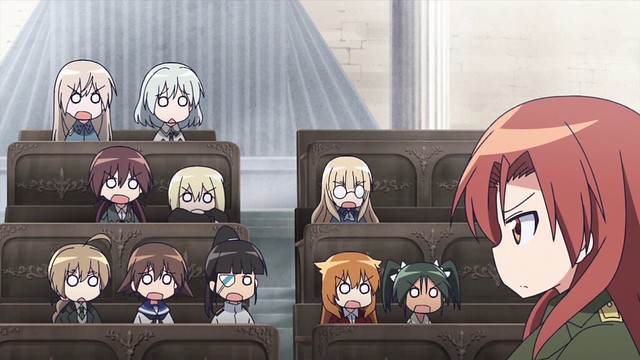 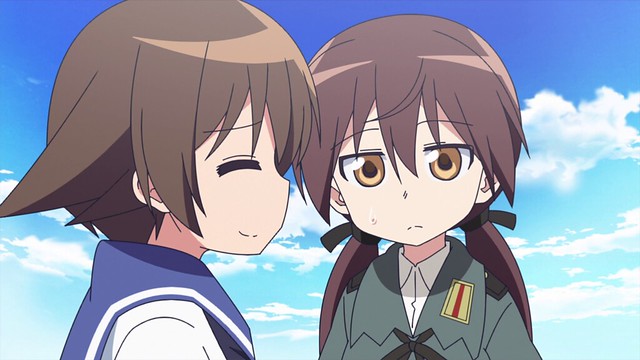 In light of what Joint Fighter Wing Take Off! has succeeded in doing, my impressions of this series overall are that it proved much more entertaining and amusing than I had initially thought. Coupled with creating a dichotomy of sorts for Road to Berlin, it appears that Joint Fighter Wing Take Off! is meant to be a calm before the storm, providing viewers with a rambunctious and exuberant portrayal of what the Witches are like outside of their duties to remind them of how everyone would be were it not for conflict. Joint Fighter Wing Take Off! presents the Witches as caricatures of their typical selves, exaggerating all aspects to leave audiences with a stronger impression of what everyone is like. I ultimately found Joint Fighter Wing Take Off! to be a superb comedy, but I cannot recommend this series to anyone save the most dedicated Strike Witches fans simply because the series does require some requisite knowledge of what Yoshika and the others are like, as well as for the fact that the premise and art style demand acceptance that this is not Strike Witches as we would normally know. With this short comedy in the books, the path is set for 2020’s Road to Berlin, during which I am certain that the stakes will be considerably higher than anything we’d seen previously.