When Hibiki Sakura’s best friend, Ayaka Uehara, comments on how she’s gained weight, Hibiki resolves to hit the gym, commit and lose some weight. She runs into classmate Akemi Soryuin, the beautiful and well-respected student council president at the gym. Despite Hibiki’s initial struggle to find the motivation to start, Akemi introduces her to Naruzo Machio, a coach at the gym who is exceptionally knowledgable about health and fitness. Drawn in by his charming personality, Hibiki consents to stick around and learns how to bench press and squat. Hibiki notices that her weight remains unchanged since joining a gym, but Naruzo assures her that working out increases muscle mass, which has a greater density than fat. As she’s sore from her workouts, Akemi takes Hibiki to the pool, where they do dynamic stretches together. Later, Hibiki and Ayaka share an afternoon of watching movies at Ayaka’s place, learning that Ayaka works at her family’s boxing studio. When the girls’ teacher, Satomi Tachibana, laments her weight gain, she signs up for a free trial at the very same gym that Hibiki and Akemi lift at. Naruzo introduces the girls to dumbell curls, and panics when Hibiki wonders about an unusual tan on Satomi. It turns out that she’s a well-known cosplayer but fears being found out from her students. This is where Dumbbell Nan-Kilo Moteru? (How Many Kilograms are the Dumbells you lift?, or, as I know it, “Do You Even Lift? The Anime”) is after three episodes, another hilarious addition to the summer lineup that deals with fitness in the form of weight lifting. As I’ve been casually lifting weights for almost a decade, the particulars that Hibiki experiences are fresh in my mind, and I definitely relate to the process she goes through in starting out.

Dumbbell Nan-Kilo Moteru? has insofar demonstrated a handful of techniques at the gym, and the series strength comes from a combination of being able to explain the function of each technique, what proper form looks like and presenting them in a hilarious context to engage the viewer. In spite of appearances, there is something to be learned from Dumbbell Nan-Kilo Moteru? by watching Naruzo demonstrate the techniques and their applicability. Nuances in lifting weights, such like engaging the core when doing a plank, ensuring one’s elbows are still when curling dumbbells and keeping one’s back tight when doing squats are all mentioned: besides ensuring one performs proper technique to maximise gains, form also is critical in avoiding injury. I’ve dealt with weight-lifting injuries before to my wrist from bad form, and the consequences are very noticeable, hence the utmost importance of form and why it is preferred that one lifts lighter weights to improve their technique. While not shying away from the details, Dumbbell Nan-Kilo Moteru? is ultimately a comedy: in this department, the anime also shines. Anyone who is familiar with fitness and weight lifting will find Hibiki’s journey relatable and amusing, feeling compelled to stick around and see how Hibiki comes to appreciate fitness as she becomes better trained and increasingly fit with her friends. 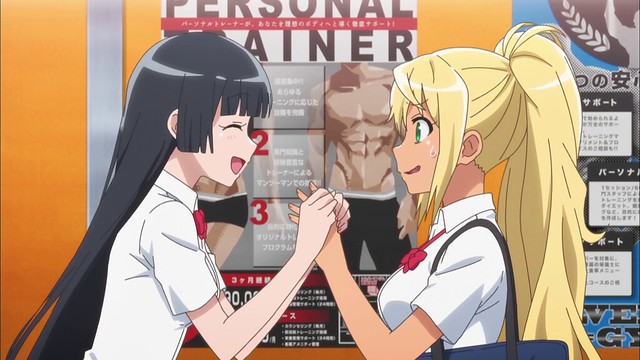 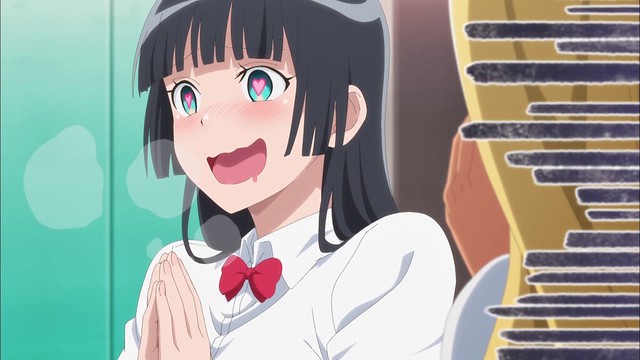 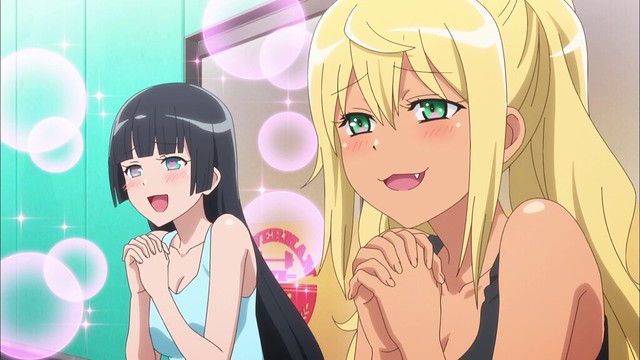 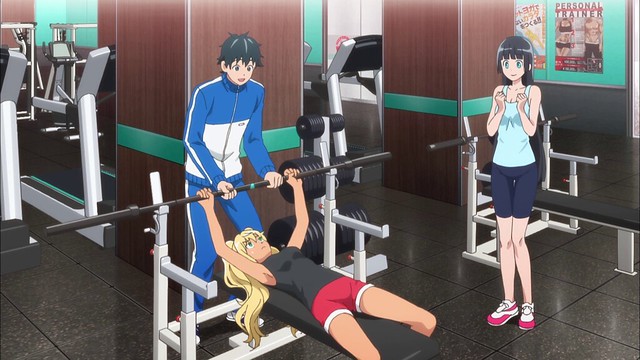 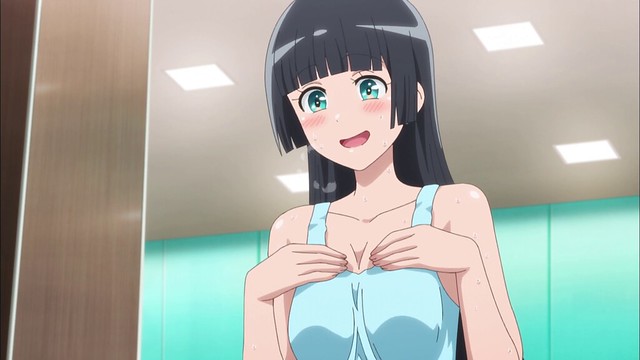 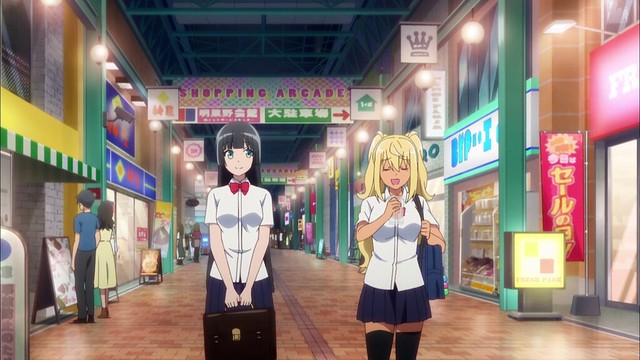 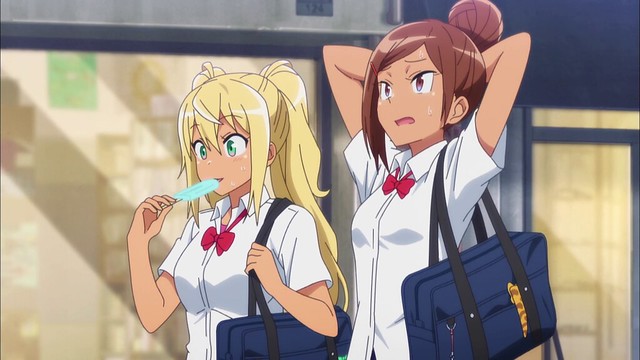 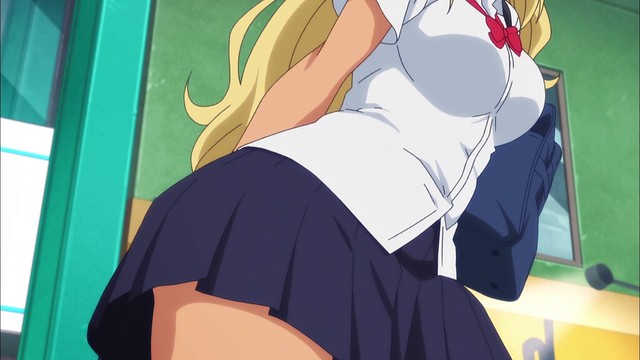 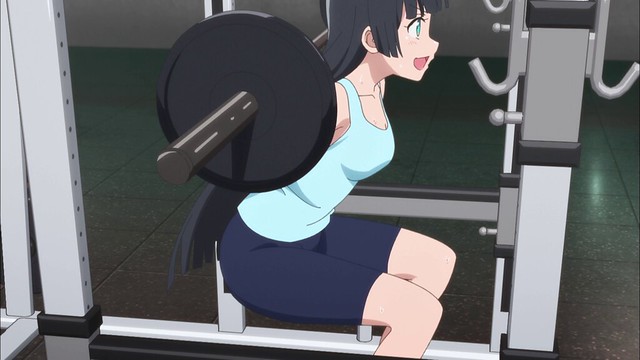 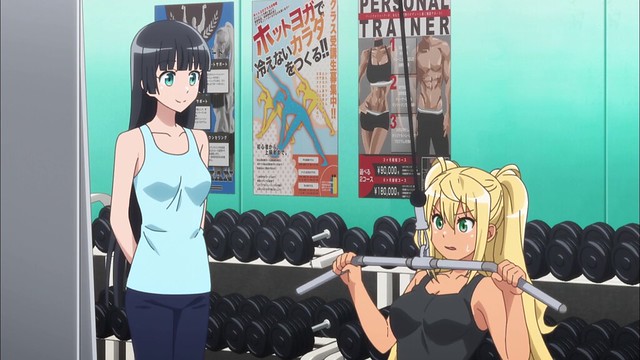 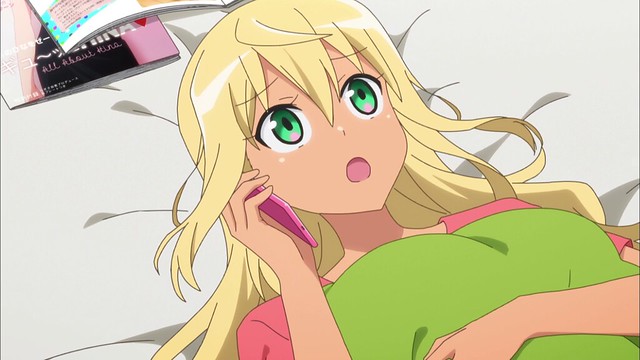 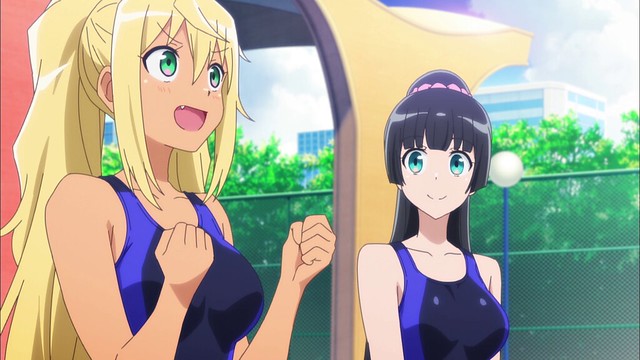 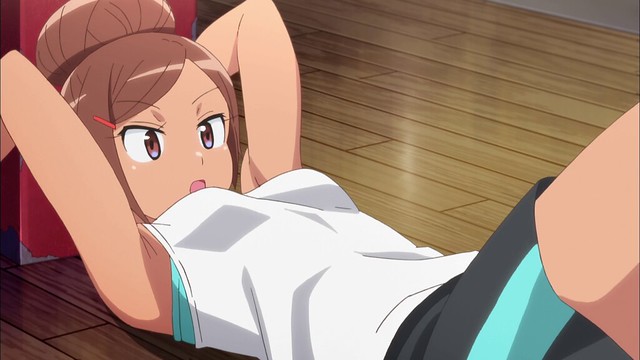 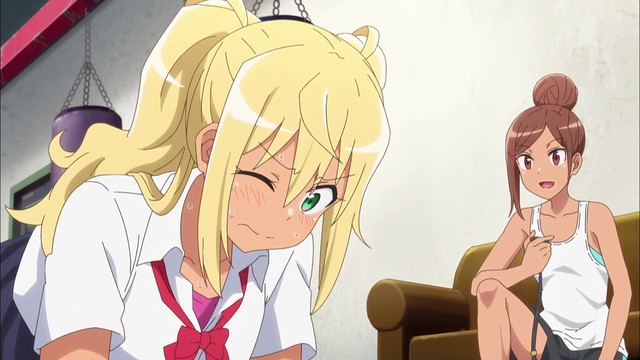 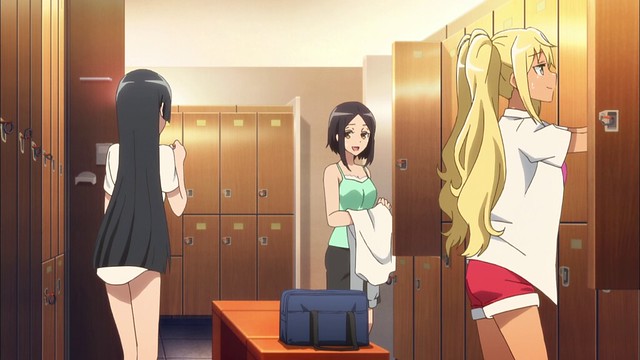 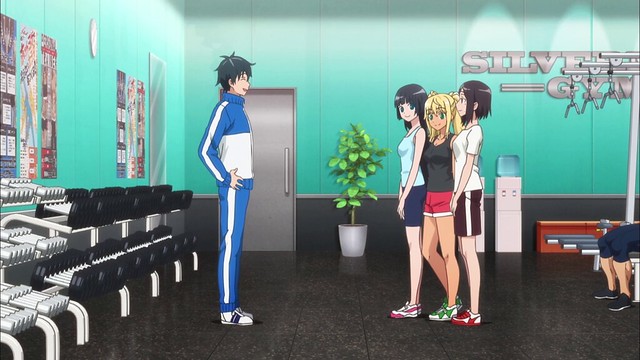 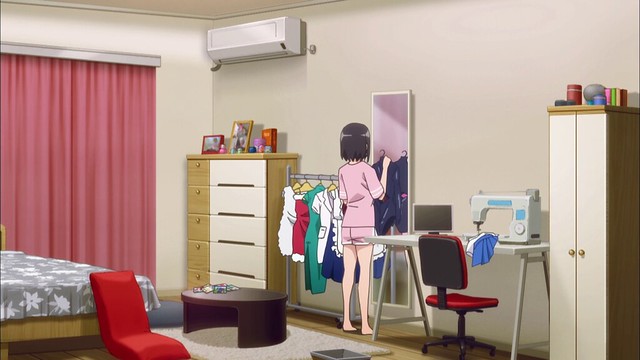 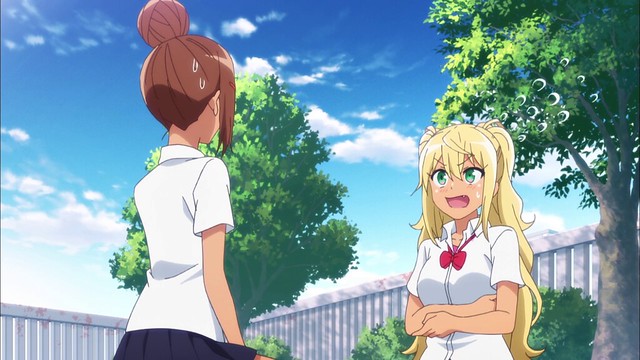 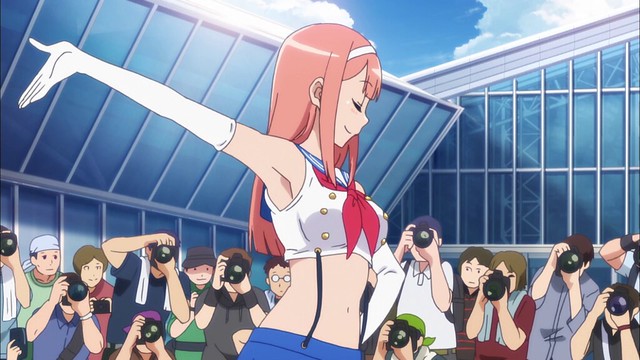 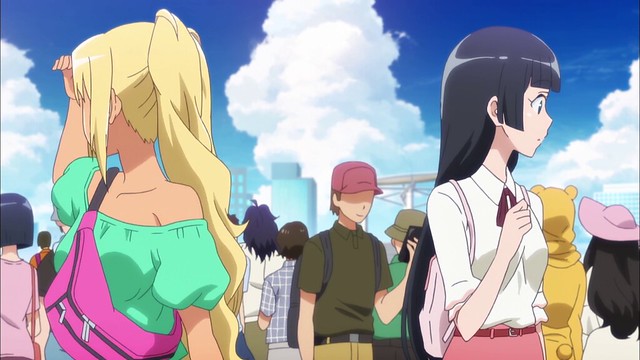 Maintaining fitness in some way is something of utmost importance, giving rise to increased energy and resilience against injury and illness. However, the main reason why I began lifting weights when I began university was primarily because the facilities were there, and access was covered by my student fees. One of my friends was kind enough to introduce me to the basics, and over the years, I came to see weight lifting as a mode of stress relief. The physical and mental gains made the journey worth it – I’ve not particularly suited for being an athlete, but working out at the gym, running and doing martial arts means that even though I’m unlikely to have the physique of an athlete, I can still maintain decent enough fitness. As such, Dumbbell Nan-Kilo Moteru? ends up being very entertaining for me, and against criticisms that the series is meant to shame those without the same inclination towards fitness, I posit that Dumbbell Nan-Kilo Moteru? is first and foremost, a comedy about fitness and in particular, the exaggerations surrounding those who do weight training. I appreciate that fitness can be a sensitive topic for some, but the anime, if anything, should provide at least some inspiration for one to improve their fitness even if they do not wish to purchase a gym membership. Being instructive and refreshingly comical about the stereotypes and jokes surrounding weight training, Dumbbell Nan-Kilo Moteru? is certainly not offensive.

3 responses to “Dumbbell Nan-Kilo Moteru? Review and Reflection After Three”