Azur Lane: The Girls of the Sea and First Episode Impressions

2 Comments Posted by infinitezenith on October 6, 2019

“I have never advocated war except as means of peace, so seek peace, but prepare for war, because war never changes. War is like winter and winter is coming.” –Ulysses S. Grant

When the mysterious Siren overwhelmed humanity and conquered the oceans, the world’s major navies, the Eagle Union, Royal Navy, Sakura Empire and Iron Blood, formed an alliance and developed the Ship Girls to combat them. The Siren were driven back, and ultimately defeated, but a schism formed between the former allies. In the present, Cleveland and Prince of Wales meet with Illustrious and Unicorn in a base near the Sakura Empire, but the facility is infiltrated. Unicorn, Javelin and Laffey befriend Ayanami while searching for Unicorn’s familiar. However, the peace is shattered when Kaga and Akagi arrive, launching a surprise attack. Cleveland enters the fray with the remaining allied ships to drive off the attackers, but find themselves slowly overwhelmed until Enterprise arrives. Severely damaging Kaga, Enterprise forces the Sakura Empire forces to withdraw, but not before Akagi remarks that their intial objective has been accomplished. This is the opening to Azur Lane, the Chinese counterpart to Kantai Collection, which has its origins in a side-scrolling shooter that was originally released for mobile and gained massive popularity in China. Azur Lane is built around a similar premise of female moe anthropomorphic warships from the World War Two era duking it out with an unknown force, but differs chiefly in its gameplay mechanics and platform. Similarly, the anime adaptations of Kantai Collection and Azur Lane differ in their presentation as well, despite similarities in many of their elements.

In contrast with Kantai Collection, whose Abyssal simply present foes for the protagonists to square off against, and whose focus was surrounding the unremarkable Fubuki, Azur Lane opens with a war amongst the Ship Girls, who disagree on what means must be employed against the Sirens. This creates the conflict that Azur Lane opens to, and out of the gates, creates a more tangible reason for Azur Lane‘s ships to be fighting, whereas in Kantai Collection, the reason for fighting was not presented until the movie itself, which revealed that the spirit of a Kan-musume and Abyssal cycle between two phases, and that the war was to save the Kan-musume forms of the different spirits. This came across as being far more abstract than the concrete reason for fighting in Azur Lane, which insofar, could bring about a more interesting discussion of whether or not the use of alien technology justified in a war, when said technology’s capabilities and effects are unknown. The division between the old alliances into a fictional equivalent of the Allied and Axis powers, with England and United States on one side, and Imperial Japan and The Third Reich on the other, also marks the first time that an anime has presented Imperial Japan as the antagonists: Kaga lacks the same composure of her Kantai Collection counterpart, and is rather more bloodthirsty in nature. The prospective possibilities in Azur Lane are intriguing, and could bring about a more engaging story overall, but after one episode, audiences are also indunated with a large number of Ship Girls. Kantai Collection kept the story to Fubuki’s perspective, and while counted as being an unremarkable character, the advantage of this approach give the story grounding, so viewers were not overwhelmed. By comparison, Azur Lane drops viewers into the midst of things, and after one episode, no clear protagonist has yet been identified, with the lead contender being Enterprise. 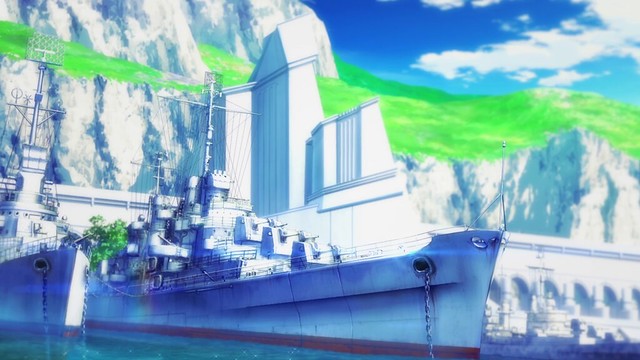 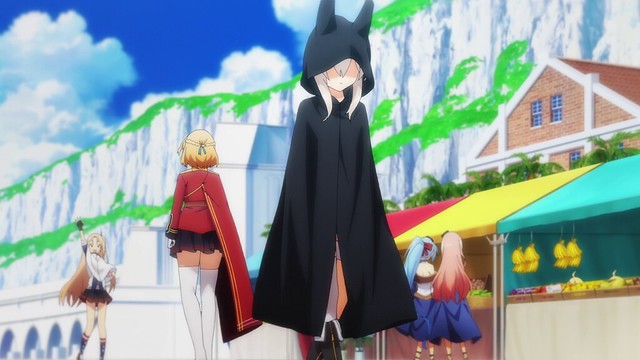 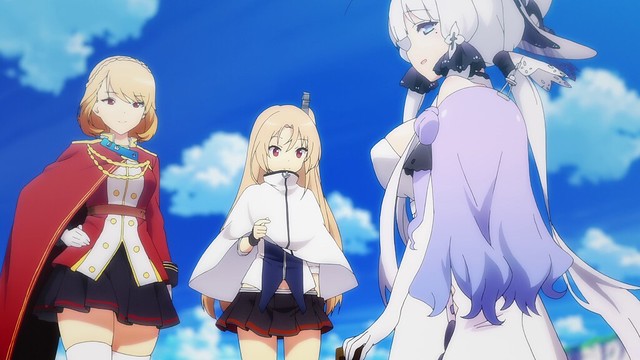 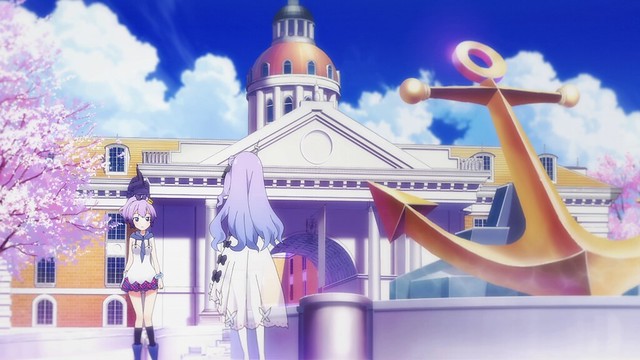 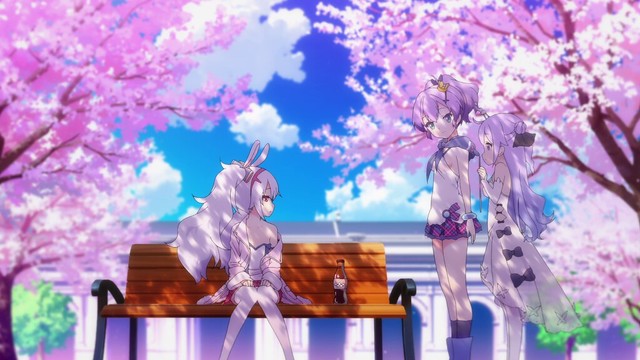 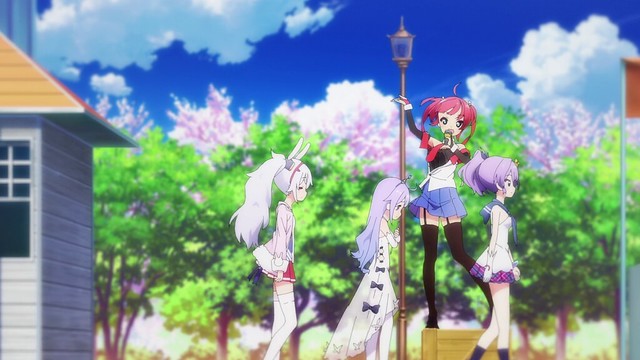 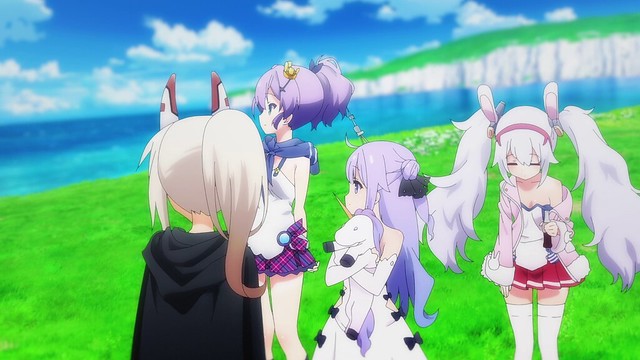 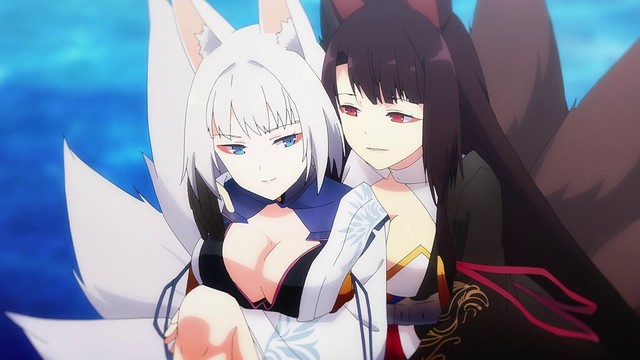 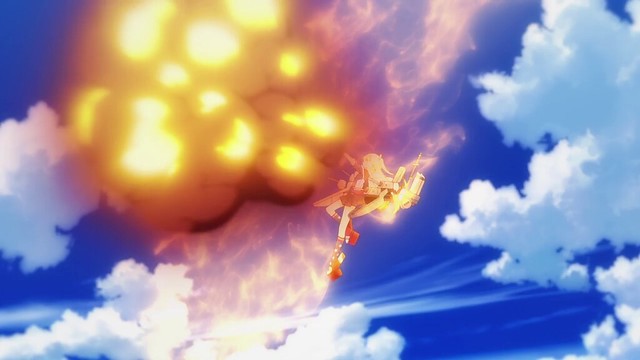 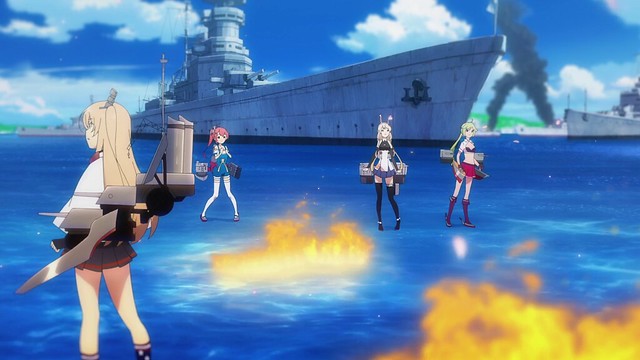 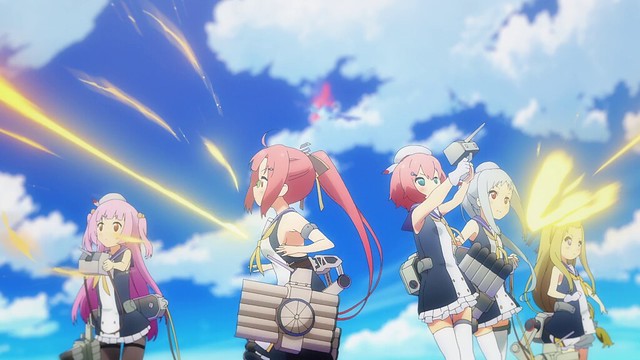 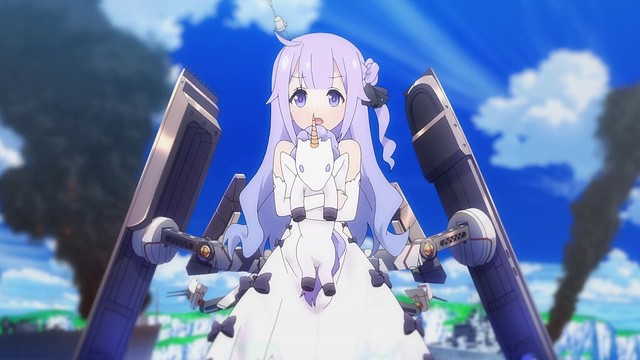 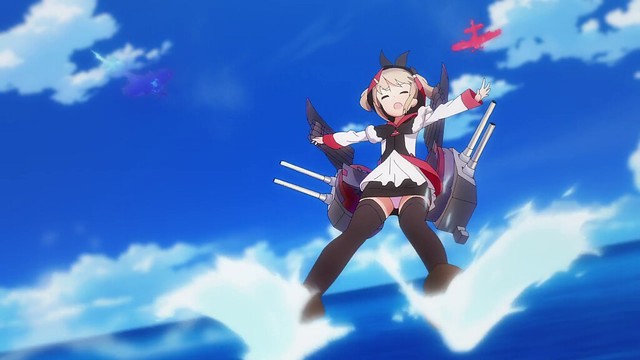 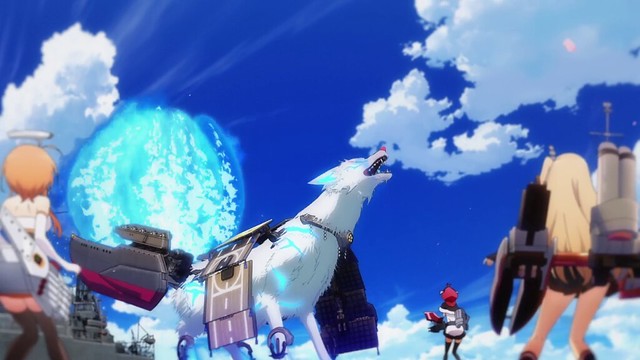 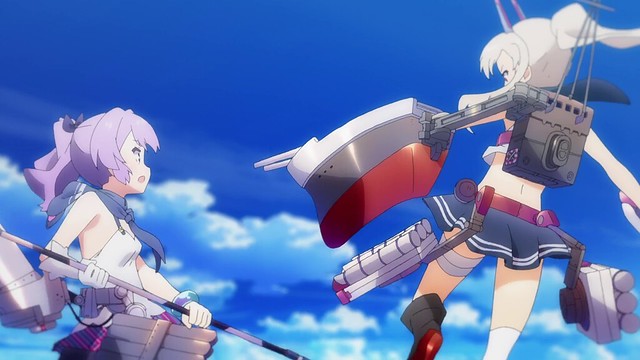 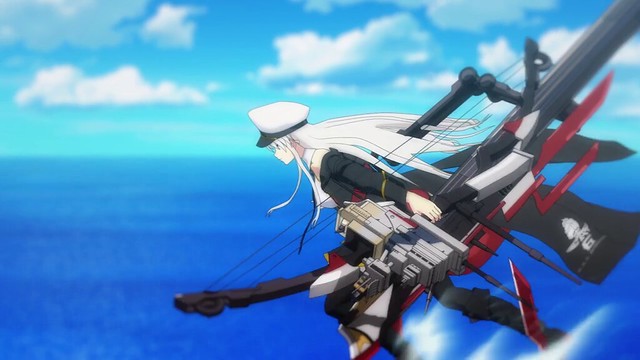 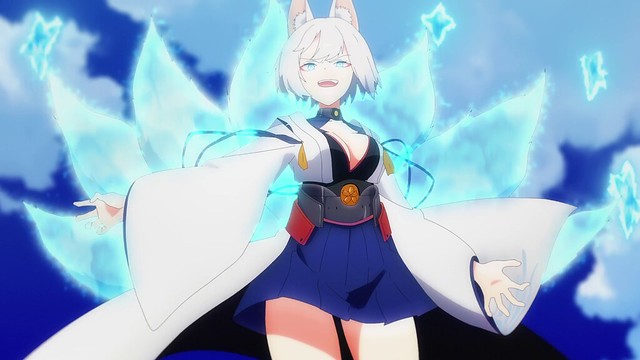 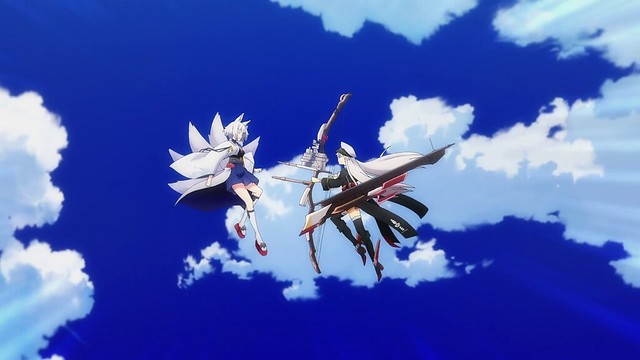 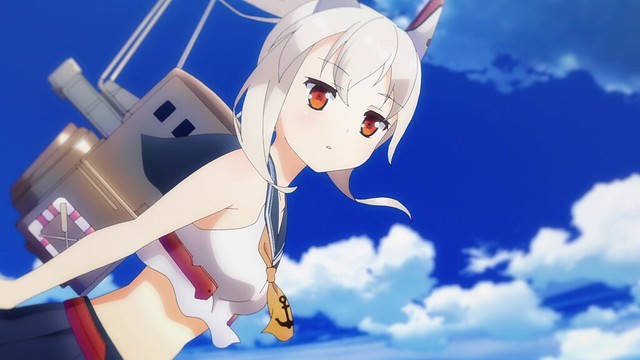 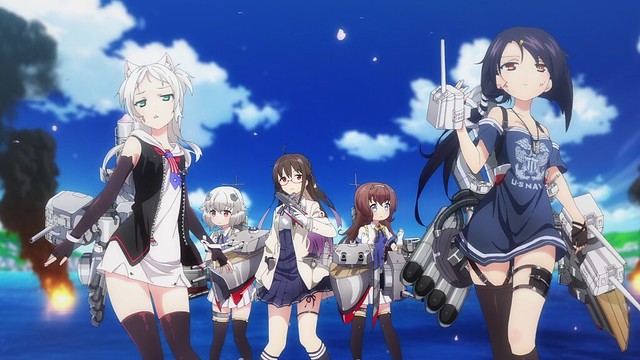 Overall, with its uncommonly sharp visuals and animation, Azur Lane is off to a solid start, presenting a far livelier world than the one that was presented in Kantai Collection‘s anime. The character count and lack of a central perspective so far has been the main shortcomings of the first episode, but with a strong premise and engaging battles, Azur Lane could prove to be a reasonably enjoyable series as time wears on. One additional aspect that makes Azur Lane worthwhile are its incidental pieces; like Kantai Collection, orchestral pieces are employed, and in the case of Kantai Collection, the music was masterfully performed to really convey the might of the navy, the gentle and frivolous days the Kan-musume spend together, and the enmity of the Abyssals. From the soundtrack that’s been heard in Azur Lane so far, it appears this series will be following suit in its use of music to create a very specific atmosphere. Taken together, I am curious to see how Azur Lane plays out: I had downloaded the game for iOS and gave it a whirl prior to the anime starting, and while it is unsophisticated compared to the titles I am accustomed to, Azur Lane‘s increased accessibility and substantial gameplay component means that between it and Kantai Collection, I would prefer to play Azur Lane over Kantai Collection‘s luck-based approach. With this being said, for the time being, I am much more familiar with and prefer the style of Kantai Collection‘s characters, so Azur Lane‘s anime adaptation is going to need to put in some effort in order to sell me its story and encourage me to follow the Ship Girls’ adventures and experiences.

2 responses to “Azur Lane: The Girls of the Sea and First Episode Impressions”