2 Comments Posted by infinitezenith on October 22, 2019

“You can’t connect the dots looking forward; you can only connect them looking backwards. So you have to trust that the dots will somehow connect in your future. You have to trust in something – your gut, destiny, life, karma, whatever. This approach has never let me down, and it has made all the difference in my life.” -Steve Jobs

In the aftermath of the battle, the Azur Lane begin repairs on their facility. Meanwhile Kaga and Akagi meet with Prinz Eugen, an Iron Blood ship girl, before sending Zuikaku and Shoukaku to ambush a seaborne Azur Lane fleet. Z23 and Ayanami are also deployed in this engagement, and while they have the upper hand initially, a partially repaired Enterprise appears to engage Zuikaku and Shoukaku, but failing equipment prevents her from landing a decisive blow. While Cleveland escorts the damaged vessels, the Royal Navy’s fleet, led by Queen Elizabeth, arrives. Belfast prevents Enterprise from taking a fatal hit, and the Red Axis forces retreat. While the others return to the base and relax, Unicorn shares a word with Enterprise, learning that she sees no joy in the oceans. While Belfast confronts Enterprise about her nihilistic beliefs, a distress signal is sent out. A small fleet is deployed, and Enterprise finds a pair of damaged Dragon Empery cruisers. She begins engaging a Siren, but Belfast ultimately saves her and upon realising that Enterprise fights for those around her, resolves to make a proper lady out of her yet. This is Azur Lane after three episodes, which slowly begins to establish that Enterprise is the silent protagonist whose seeming lack of emotion and unerring combat prowess conceals a more fragile, human personality. While she may be the top-performing ship in Azur Lane, her tendency to take on battle independently even when she is not at full condition constitutes a personality flaw, and it appears that the anime will be setting out to show how Enterprise begins to place more trust in her companions, rather like how contemporary carrier groups operate with an escort fleet to provide support for the aircraft carrier.

Three episodes in, Azur Lane‘s main challenge lies in its juxtaposition of themes surrounding warfare and the necessity of conflict with messages of friendship and trust. This manifests as a sharp contrast the other ship girls’ exuberant, easy-go-lucky mannerisms and Enterprise’s cold, emotionless approach towards her duty. Said contrast creates a disconnect in what Azur Lane aims to do with its story, and thus, this can seem quite disconcerting. However, determining what Azur Lane‘s intended atmosphere should be is not a particularly difficult task: given that it is only Enterprise with the cold, detached outlook, and each of Laffey, Unicorn and the others are friendly ships who express little concerns about the horror and desolation of war, it becomes clear that the light-hearted antics of the latter group, of the ship girls and their unique idiosyncrasies and colourful personalities, are what characterise Azur Lane. As such, it would be grossly unfair to dismiss Azur Lane simply because of the series’ contrasting atmosphere and lack of adherence to historical authenticity: after three episodes, Enterprise’s development as a ship girl looks to be Azur Lane‘s priority. As she spends more time with the other vessels, Belfast in particular, she’ll come to discover a new reason for fighting and help the Azur Lane properly hold back the Red Axis’ machinations. Having established this, Azur Lane sets the expectations for the episodes upcoming, and I anticipate that the series will likely take on Kantai Collection‘s slice-of-life focus as it follows Enterprise learning more about her teammates, and through the course of both the ordinary and combat, she may come to appreciate what she means to everyone beyond being the Eagle Union’s top aircraft carrier. 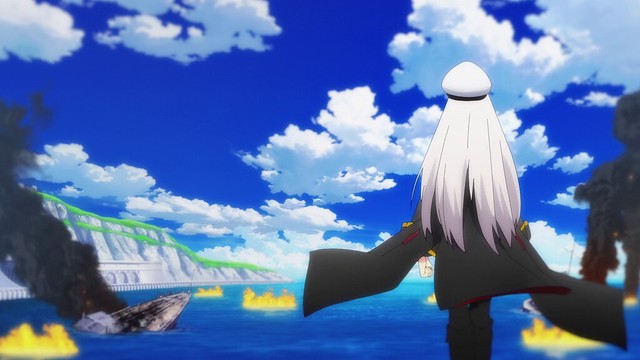 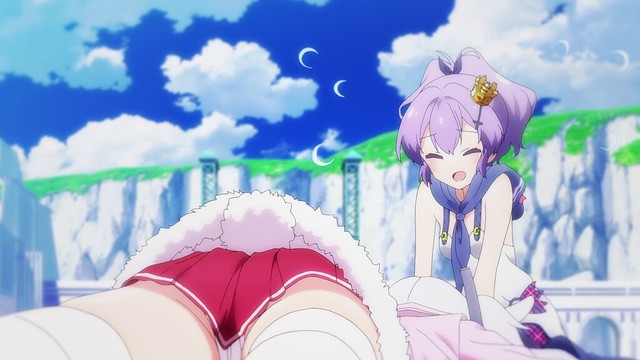 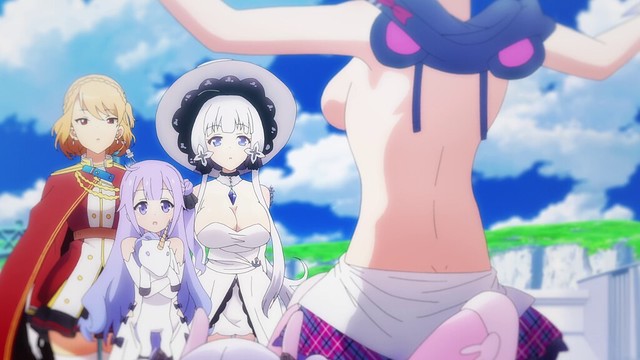 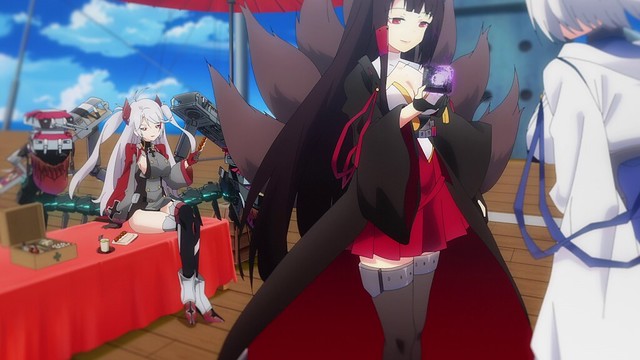 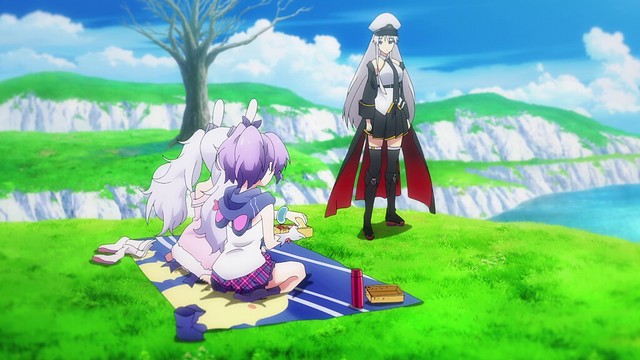 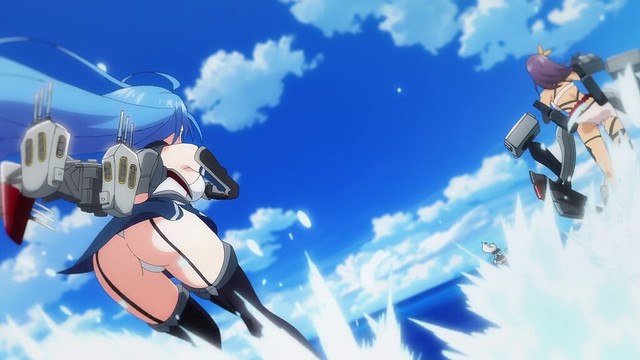 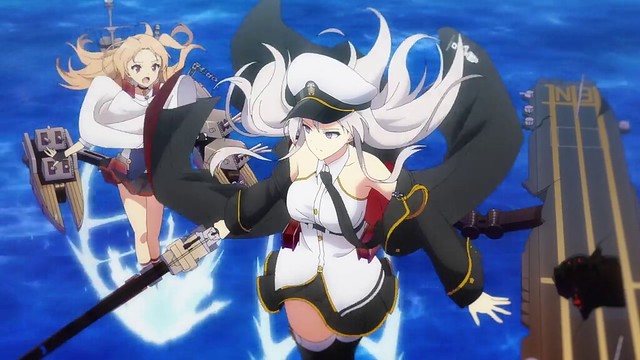 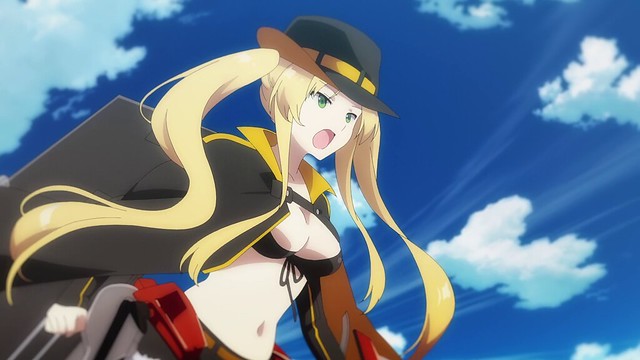 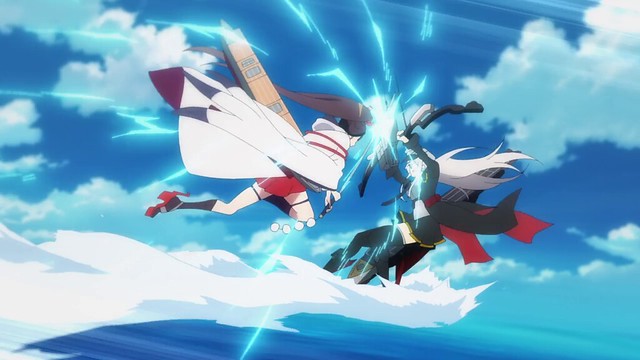 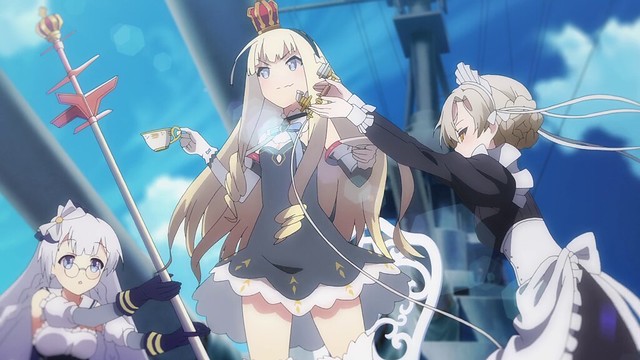 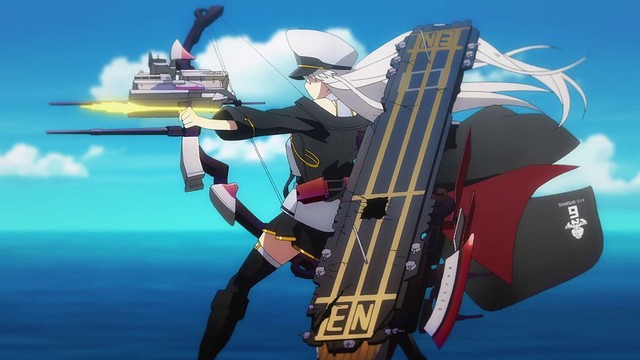 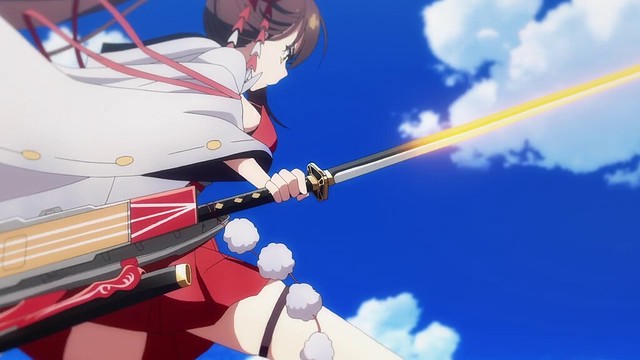 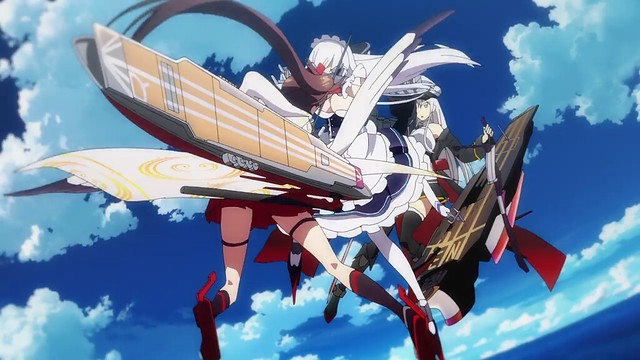 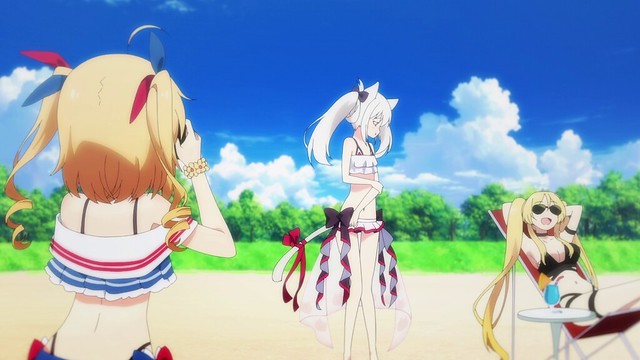 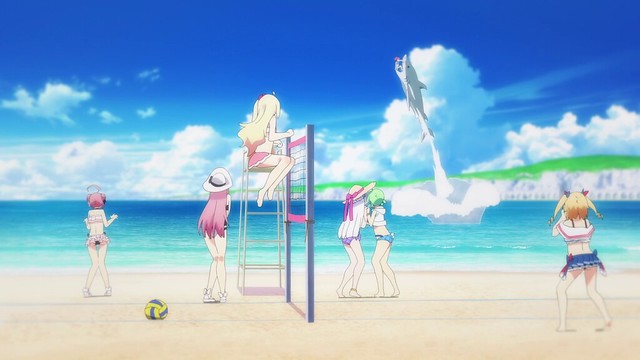 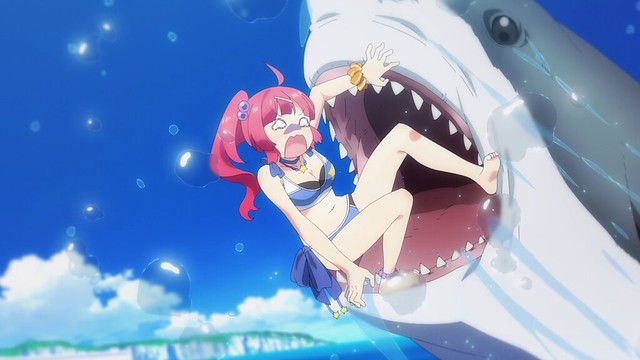 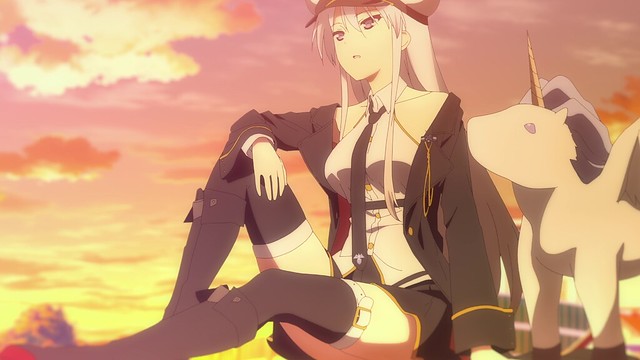 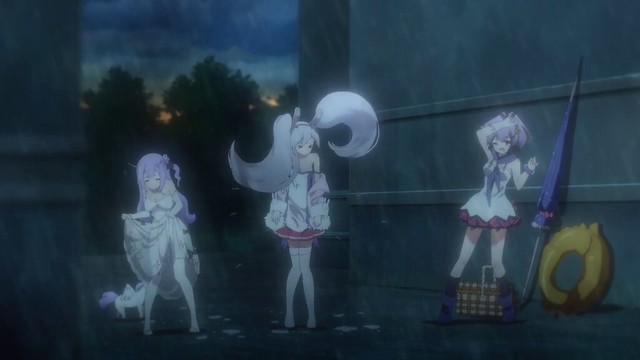 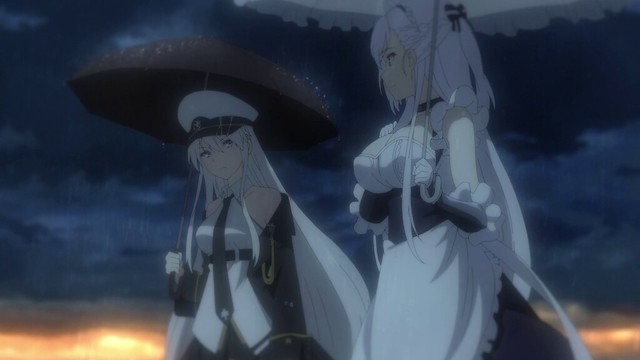 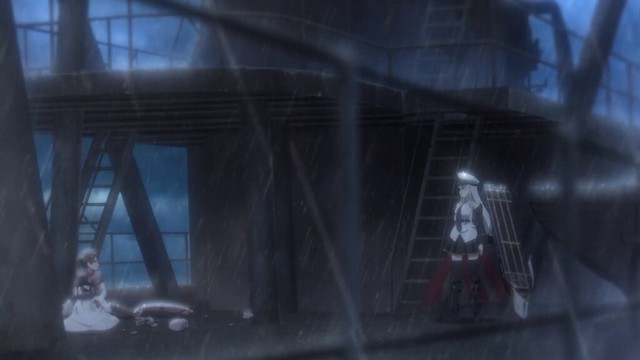 While Azur Lane looks exciting as a series to follow, the nature of the story also means that progression will have to take place incrementally: Enterprise will need to spend time both on and off the battlefield with her allies in order to learn things like trust and companionship. In conjunction with Azur Lane‘s deviation from historical events and authenticity in favour of a highly colourful cast and wacky antics, this means that Azur Lane looks to be a series that will be difficult to consistently write for: with realism and authenticity not figuring prominently, there is no reason to bring in historical details surrounding the ships themselves, or the battles that they fight in, and there is an upper limit to what I can do with everyday life at the Azur Lane base and smaller-scale battles that bear no resemblance to their real-world counterparts. As such, I will be returning once Azur Lane has concluded to look at the series in greater detail and see whether or not it succeeded in delivering a meaningful story over the course of its run. The verdict that I reach on this series will primarily be motivated by whether or not character growth and world-building occur to a satisfactory extent. My decision to not do a more extensive set of discussions for this series is not related to my enjoyment of the anime: so far, Azur Lane has proven to be quite entertaining because of the dynamics amongst the ship girls, and furthermore, the Red Axis’ presence and motivations are intriguing. I am looking forwards to seeing what their relationship with the Siren are, as well as whether or not Azur Lane will delve into more details surrounding their universe.

2 responses to “Azur Lane: Review and Reflection After Three”