Yama no Susume OVA Reflections On The Edge of a New Year: One Final Post for 2019

5 Comments Posted by infinitezenith on December 31, 2019

“This can only end with one of us dead, and I have never died!”
“That’ll be your downfall, Jaguar: not being open to new experiences.”

Yama no Susume‘s second season actually had two OVAs that I never got around to writing about back during the summer: the first of the OVAs to the second season follows Kaede, who goes shopping for a new bra at Aoi and the others’ insistence when they learn that Kaede had a conversation with Yuuka on the former’s lack of fashion sense; up until now, Kaede’s worn nothing but sports bras for the sake of practicality and comfort. At a speciality shop, Kaede learns that she’s one size larger than she’d initially thought, and one of the staff members helps her to get properly fitted. Kaede is embarrassed, but realises that this new experience was not so different than when she began wearing mountaineering equipment for the first time. The second of the OVAs to grace season two is a best-of countdown that follow Aoi and Hinata’s recollection of the most memorable and exciting moments up until now in the format of a talk show. The only caveat here is that the countdown only vaguely recalls events of the anime: things go into the realm of the fantastical and become increasingly outlandish as Aoi and Hinata reach the top event. As it turns out, this was merely a dream that Aoi was having, and with the second of the OVAs in the books, Yama no Susume would not materialise again until two years later, when Omoide Present was released. While predominantly about mountaineering and hiking, Yama no Susume showed its versatility in covering a range of topics both within and surrounding mountain climbing: as one of my readers put it, the show covered topics relevant to young women that encouraged independence, curiosity and resilience, being both instructive and entertaining.

I realise that this is going to be my final post of the decade, and it seemed appropriate to do something on Yama no Susume, a series which has been remarkably enjoyable precisely because it is honest and sincere in its execution: instructive without being obtrusive, and fun without being frivolous, Yama no Susume struck a fine balance in its execution to create a story and messages that are relevant, relatable. In the first OVA, Encouragement of Bra, the girls’ pushing Kaede to properly get kitted up with a bra was intended to show Kaede that getting a well-fitting bra for comfort and style reasons might seem extraneous to someone who lives for the outdoors, but is nonetheless an experience that is similar to climbing mountains and thus, one worth looking at. Speaking as someone similar to Kaede, who dresses for practicality and comfort over style, I’m very similar, but the reality is that being properly put-together is important in reflecting one’s self-respect: one does not necessarily need to be wearing designer clothing or sport expensive styles to convey a sense of confidence and respect for those around them. As such, taking a little bit more time and placing more care into looking after one’s appearance can go a long way and also impact how they approach other aspects of their life (including mountain climbing). The second OVA, Best Ten!, is more of a dramatised reflection of the anime up until now: the stories told have been heavily altered to be more over-the-top, more comical, and the fun that the staff had in making this is evident, being akin to the Inter-dimensional Cable episodes of Rick and Morty, where the staff had improvised many of the lines. While driving humour above all else, the countdown also reminds viewers of just how numerous Aoi and Hinata’s experiences have been up until this point: all of the characters have grown as a result of their experiences together. 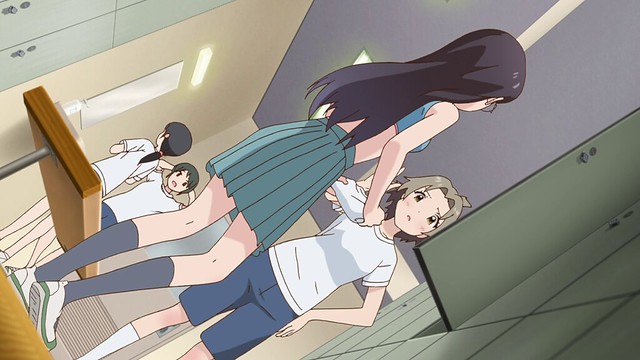 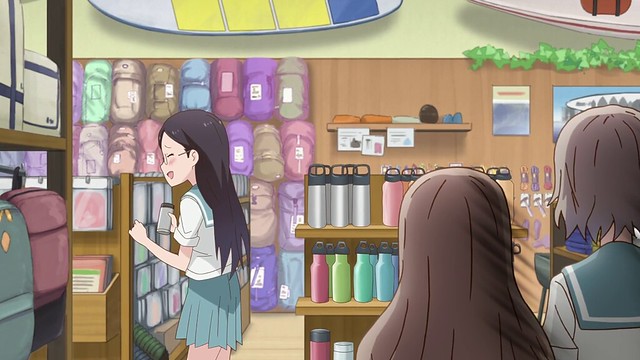 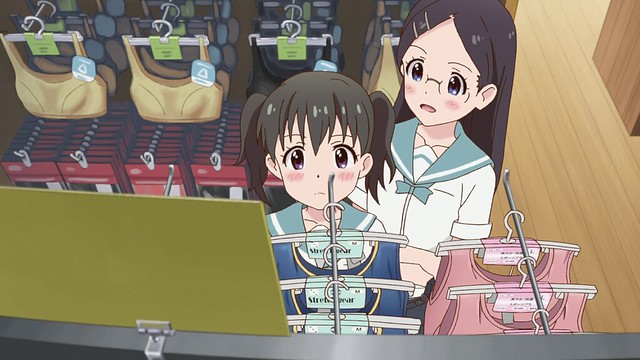 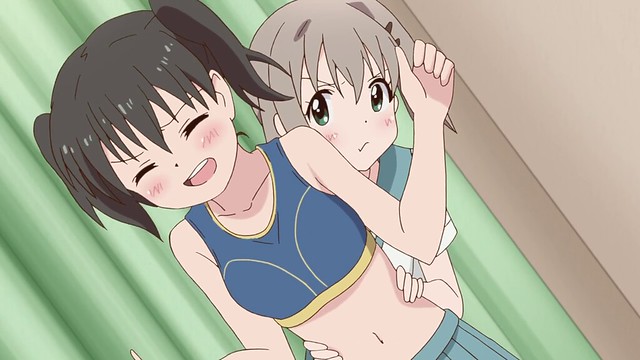 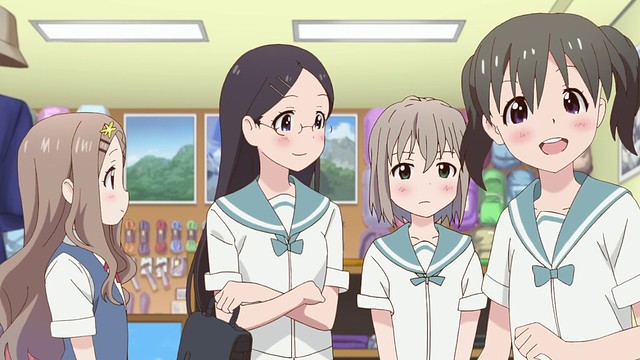 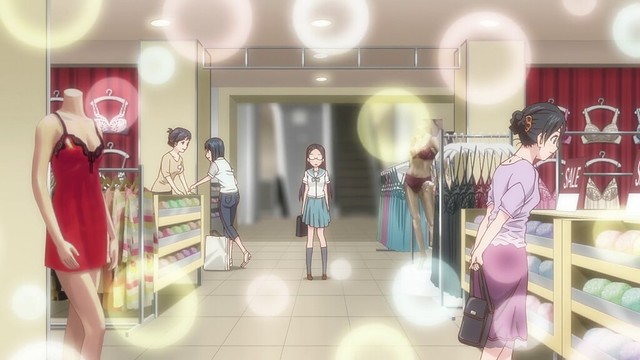 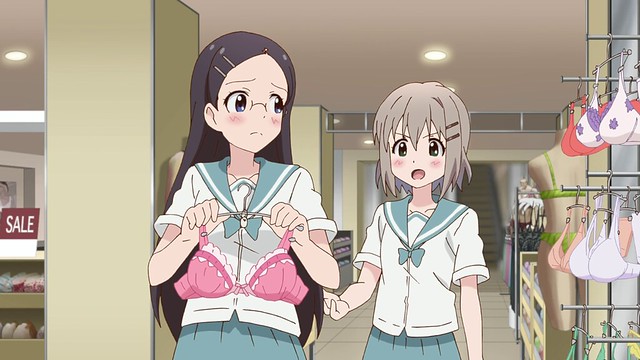 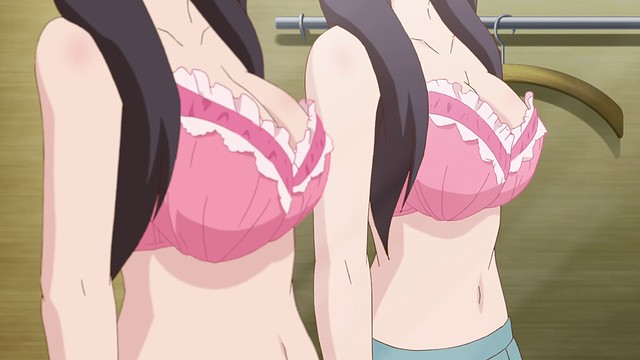 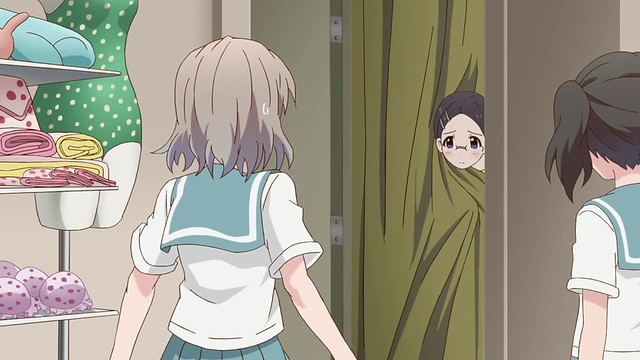 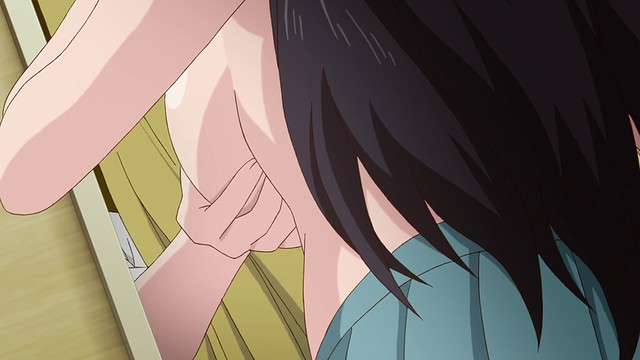 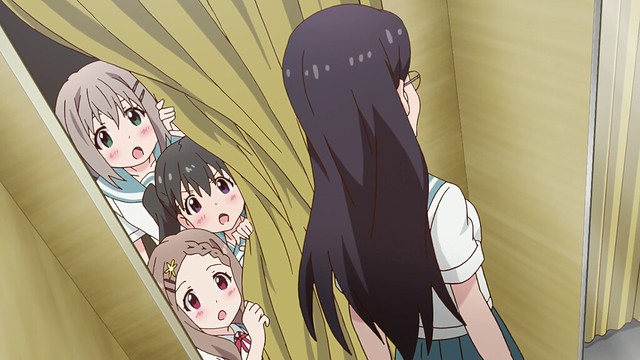 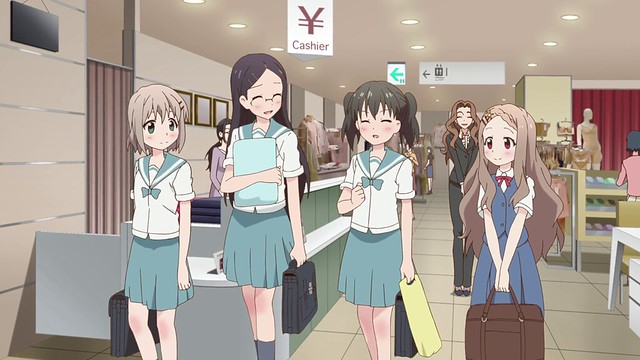 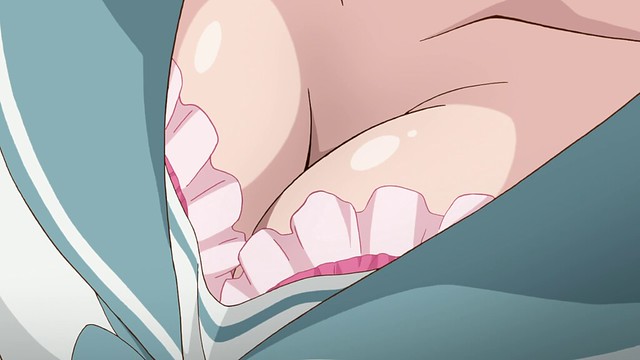 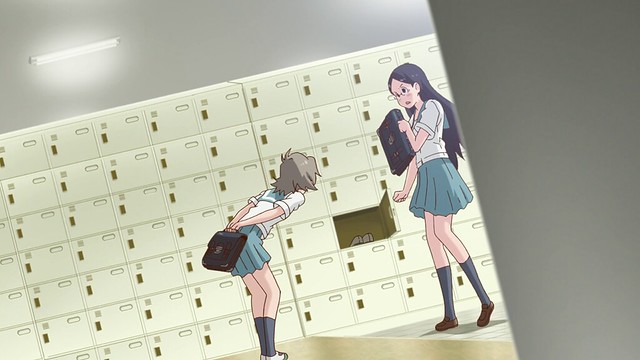 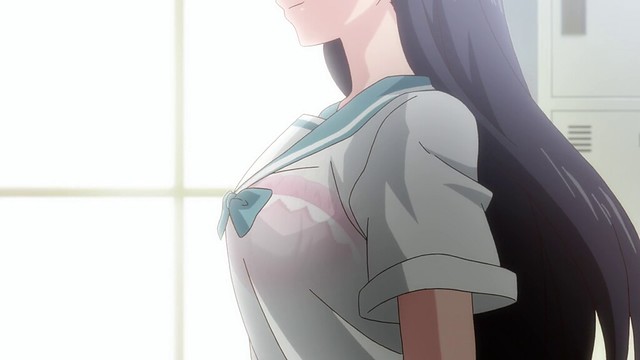 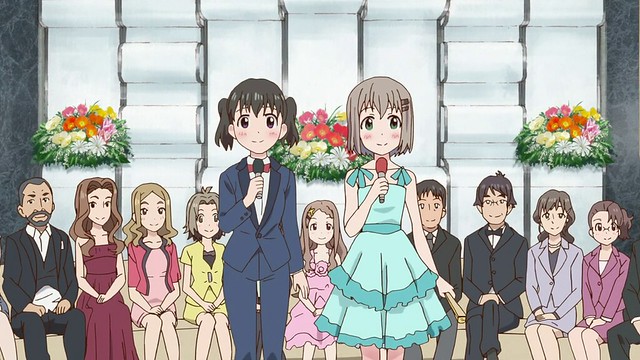 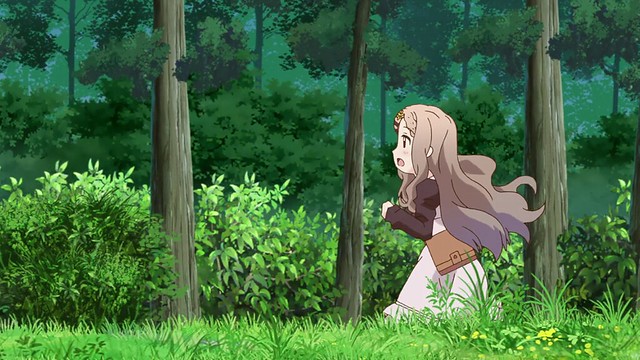 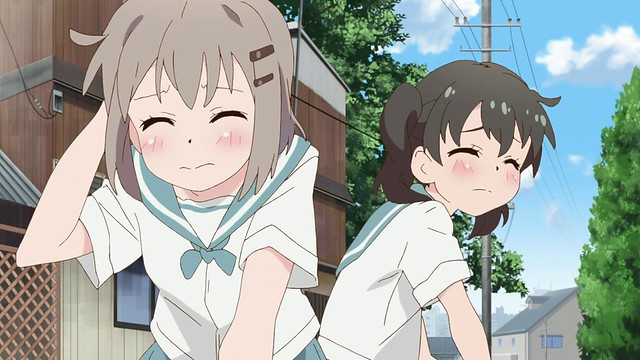 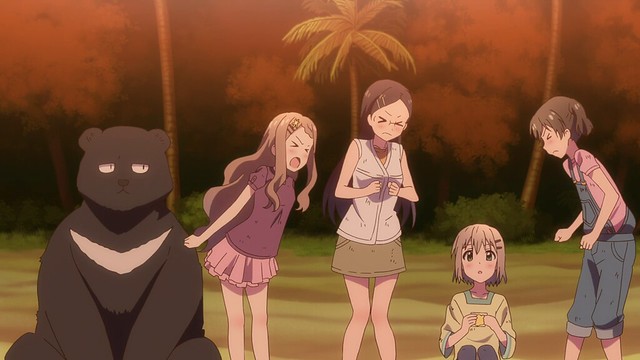 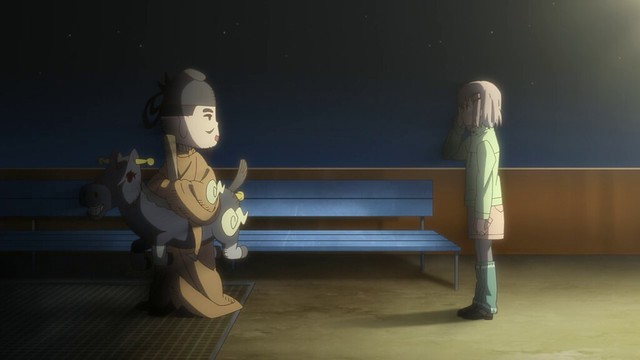 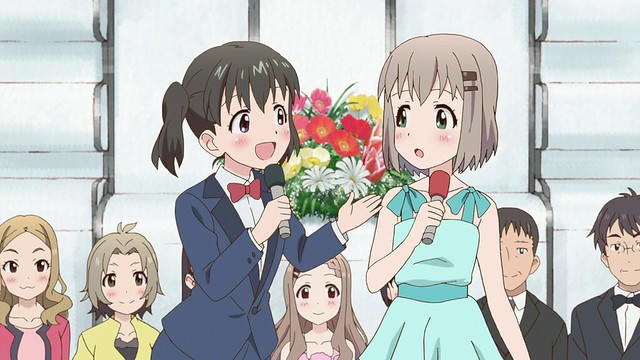 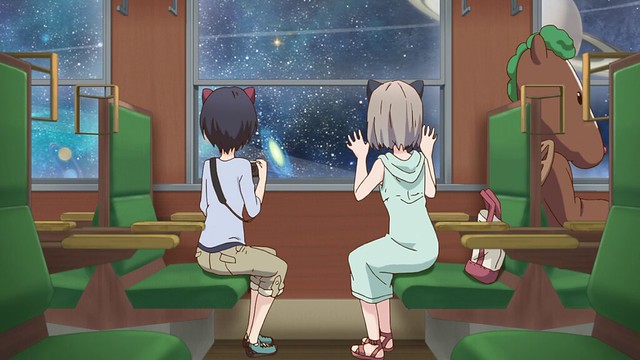 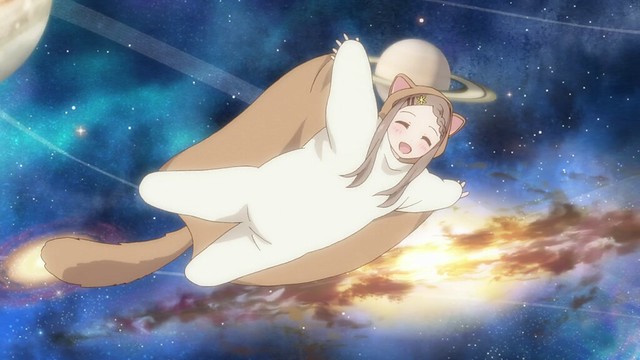 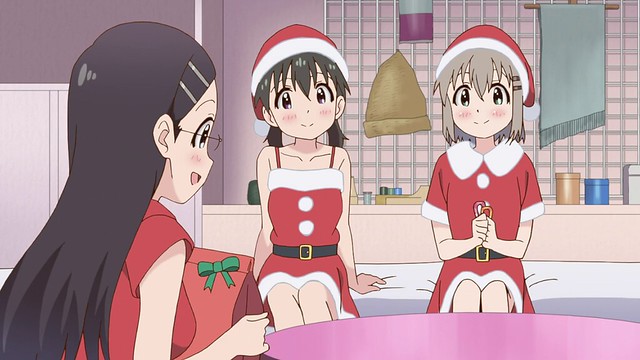 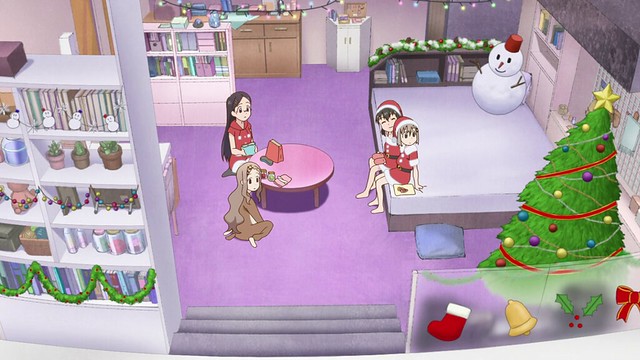 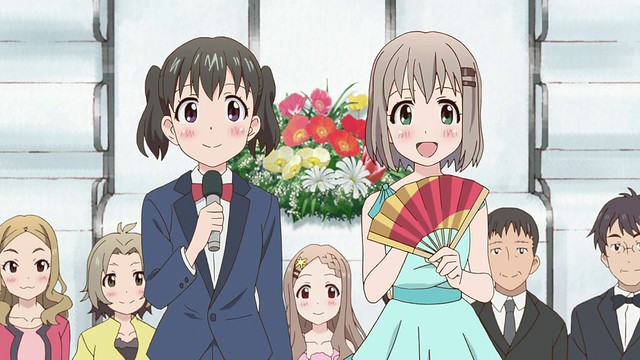 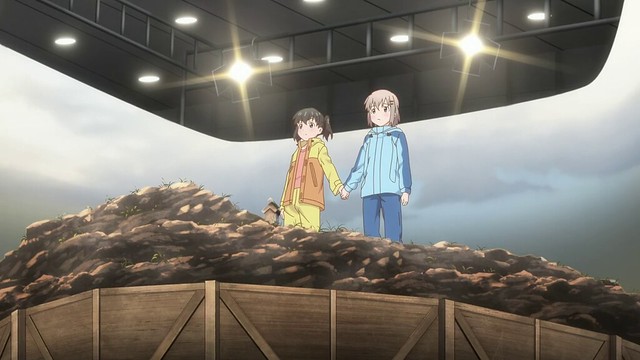 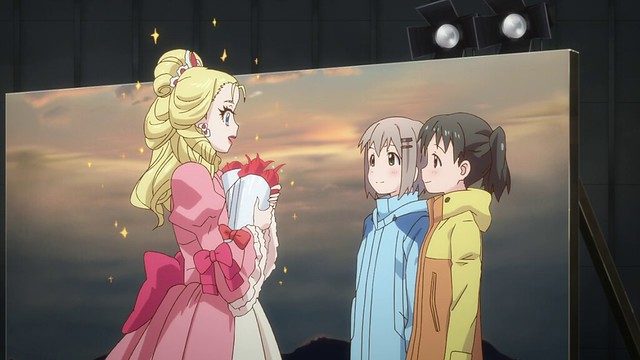 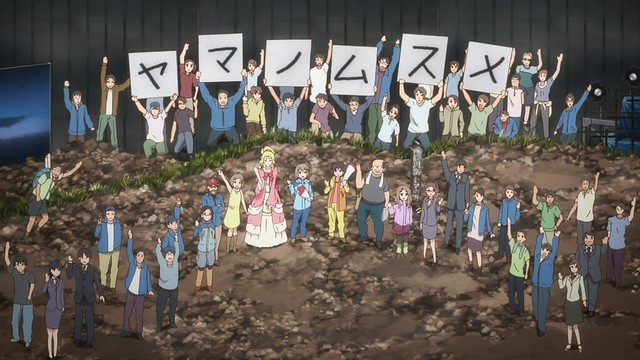 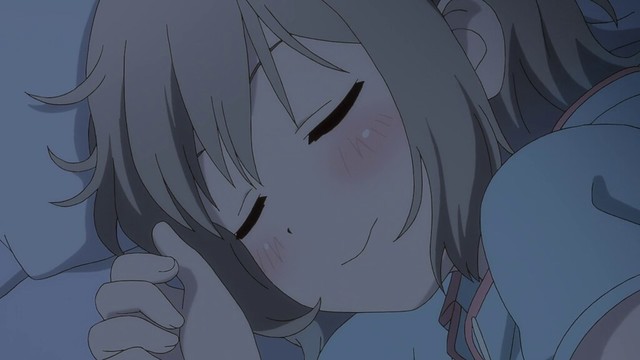 No Yama no Susume experience is complete without these two OVAs: having now written about them, my discussions of the series is complete, and just in time for the conclusion of this decade, as well. It’s surprising how quickly time has passed, and it only seems like yesterday that I had just finished the first term of my undergraduate programme and was spending the winter holidays unwinding and gearing up for my second term. That winter break, I remember best for building my first-ever Gundam model (the HG 00 Raiser+GN Sword III) and for watching Red Cliff. Since then, I spent my summers on research projects that would culminate in me gaining the requisite experience for my honours thesis, sat an MCAT, enter graduate school and then take the path of an iOS developer. Along the way, I became a second degree black belt, wrote the Giant Walkthrough Brain software for Beakerhead that would come to form the starting point for my graduate thesis and travelled for reasons beyond unwinding: to learn and serve. This past decade also saw me stumble, make mistakes, fail, and each time, learn to improve. Yama no Susume similarly showcased the highs and lows that Aoi and the other experience; life is about both the successes and failures, the falls and the rises: this is why Yama no Susume stands out so strongly as a series, for being able to portray the bad alongside the good, and more importantly, how people might go about recovering during difficult times. As we roll into the New Year, and given what’s occurred in the past ten years, I believe that the two virtues to carry close in the next decade will be commitment and resilience. One must be committed to honesty and truthfulness in the face of deception, and resilient against those which would see us deviate from a proper course of action. While this seems a tall order, shows like Yama no Susume show how optimism and companionship can help one make new discoveries, broaden their perspectives and above all, regroup from setbacks. With her friends, Aoi’s become far more resilient, independent and confident than when she began her journey, being prepared to handle and enjoy the new experiences that come her way.

5 responses to “Yama no Susume OVA Reflections On The Edge of a New Year: One Final Post for 2019”