4 Comments Posted by infinitezenith on January 18, 2020

“Your assumptions are your windows on the world. Scrub them off every once in a while, or the light won’t come in.” –Isaac Asimov

Instructor Yuki’s plans to have a riverside outing are realised, and after spending the afternoon and early evening enjoying both barbeque and bread from the Suzuya Bakery, Mikage introduces Mira to the joys of rock collecting, only to be brought back to reality when the interesting rocks she’s gathered are too heavy to carry. When darkness sets in, the girls set up a refractor telescope and get acquainted with the night skies: Mari demonstrates how to properly configure the telescope, and then the girls get their first glimpse at Jupiter and four of its largest moons. When Mikage looks through the telescope, the skies have shifted from Earth’s rotation, so the telescope must be re-positioned to be pointing at Jupiter. The girls are just in time for a meteor shower, but after spotting a fireball, call it a night. Back at school, Mira struggles to come up with a suitable style for her newsletter publication, but after Ao asks her to provide illustrations for her, Mira realises that she can do a comic for her topic. The girls later unwind at a hot springs and learn that different types of hot springs have different properties. Later, Mira and Ao are revealed to have failed their exams (with Ao failing out of pure carelessness) and attempt to study for their make-up exams. Moe arrives and meets Misa, Mira’s older sister and the student council president. Mira and Ao pass their exams on their second run, and after finding themselves short of funds, decide to work at the Suzuya Bakery. On a quiet day, Mira and Ao run into Mai, who’s hanging out with Moe. After briefly tailing them and getting burned in the process, Mira and Ao learn that Mai’s into geolocation and cartography. She creates a small geocaching assignment for them, leading Mira, Ao and Moe to learn that Mai’s greatest treasure are her friends. Meanwhile, instructor Yuki speaks with Mari about plans for a summer outing. This is where Koisuru Asteroid stands after three episodes, striking a fine balance between the ordinary moments of everyday life and having Mira and Ao delve deeper into a club whose topic is broad and awaiting numerous adventures.

After three episodes, Koisuru Asteroid has fully established where it intends to go – the second and third episodes have shown that Earth Sciences is a topic that provides plenty of direction for the anime to explore, from rock hunting to stargazing, and so, the journey to Ao and Mira’s eventual dream of discovering their own asteroid means to be one filled with smaller milestones and treasured memories. This early in the game, Ao and Mira have looked through a telescope, but have yet to become familiar with observation techniques, equipment and subtleties. Instead, common everyday events are shown to indicate that while the technical aspects of Mira and Ao’s dream matter, so do the mundane things of everyday life. Koisuru Asteroid therefore does live up to its title, being part about a love of the extraordinary in the ordinary, and part about the technical skill necessary to realise a dream built on a promise. The first three episodes set the precedence for the remainder of the series, and from here on out, it is reasonable to expect that Ao and Mira will make strides in their journey towards their promise, while at the same time, really take the time to enjoy moments spent with Mari, Mikage, Mai and Moe. I therefore look forwards to seeing the series advance on both fronts: while the friendship elements are on a well-worn path and will conclude in a manner that is expected, the astronomy and geology piece that Koisuru Asteroid will take remains a bit of an intrigue. Seeing what tools and techniques Mira and Ao learn along the way will be equally as enjoyable to watch, and I am certain that viewers will come out of Koisuru Asteroid with a greater appreciation for the joys of the night sky, as well as the world around us. 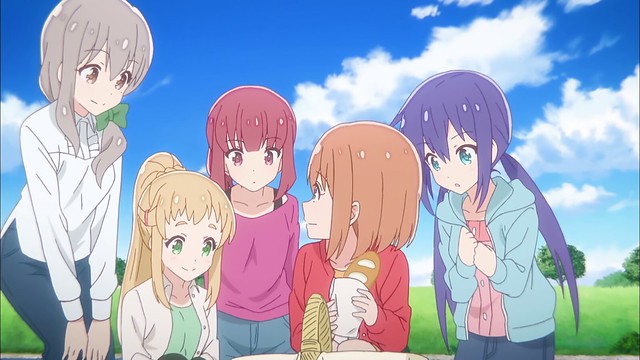 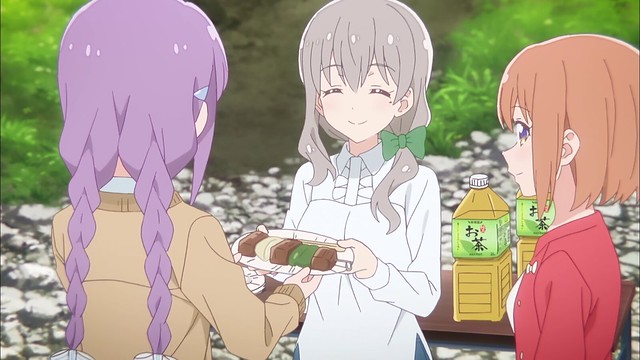 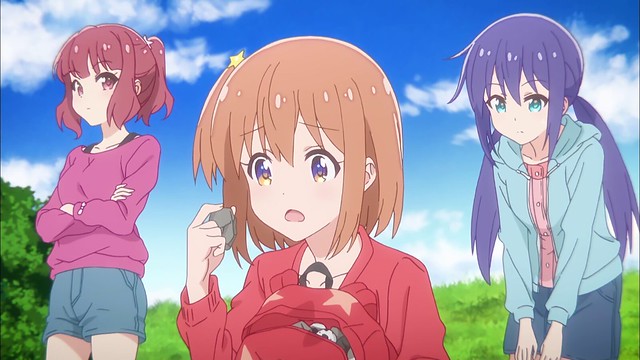 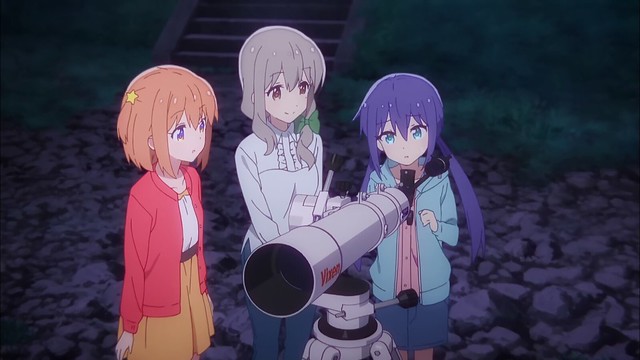 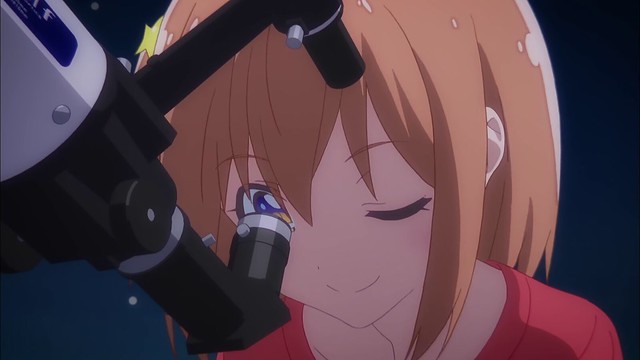 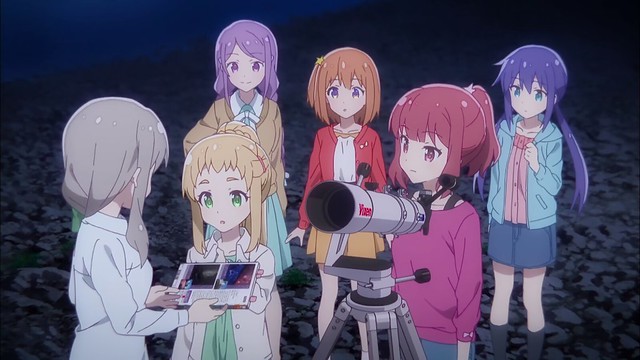 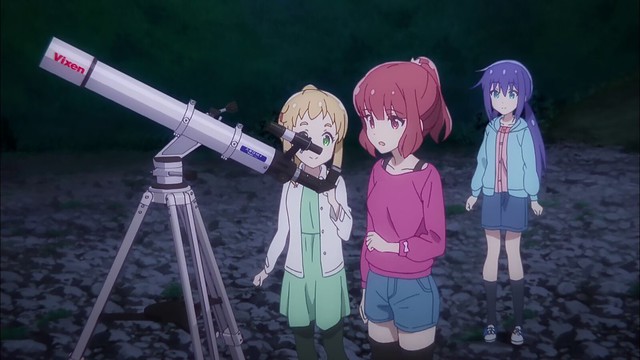 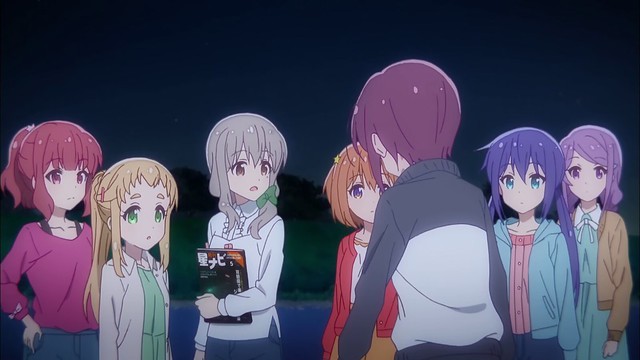 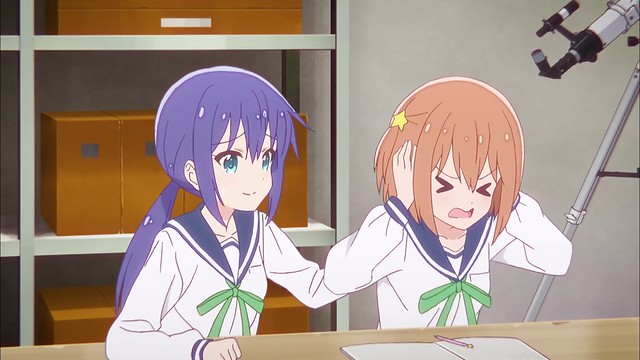 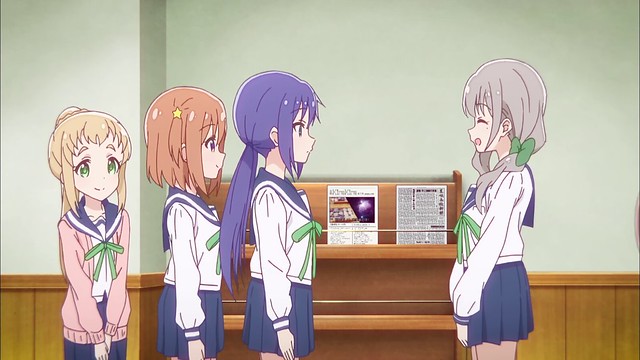 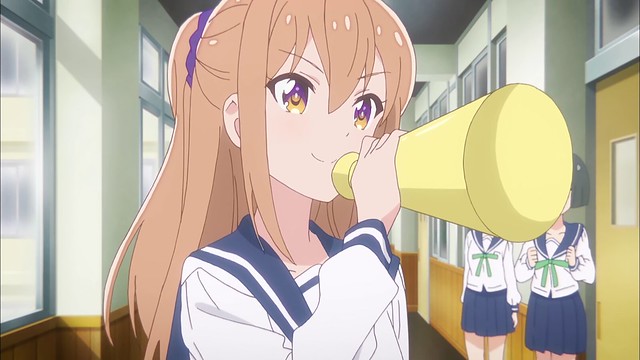 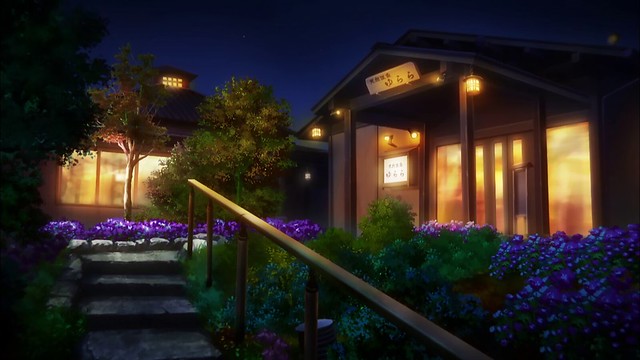 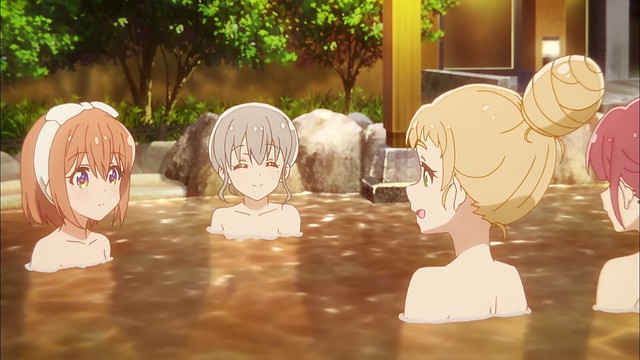 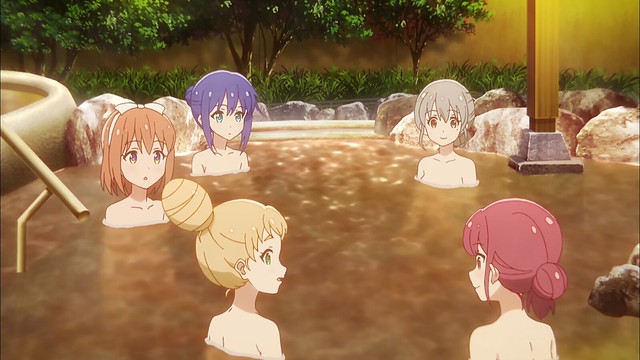 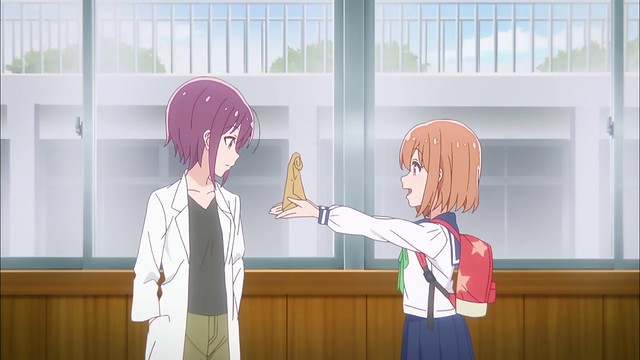 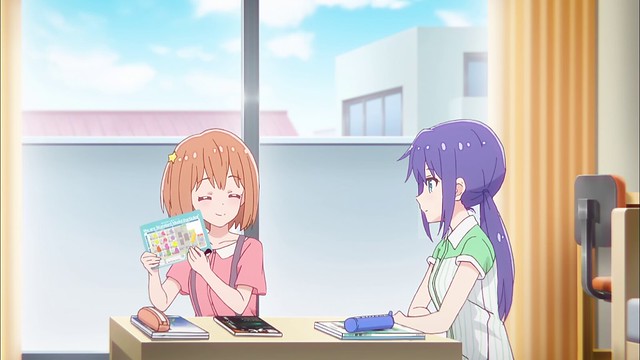 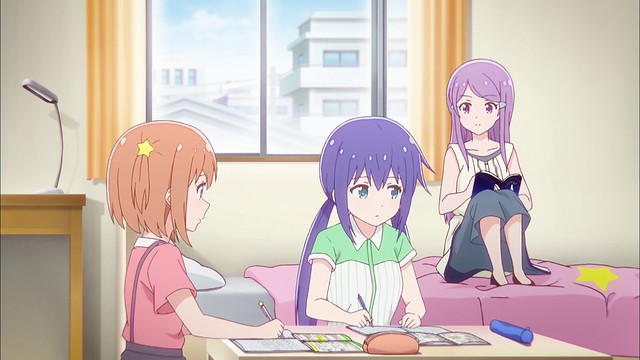 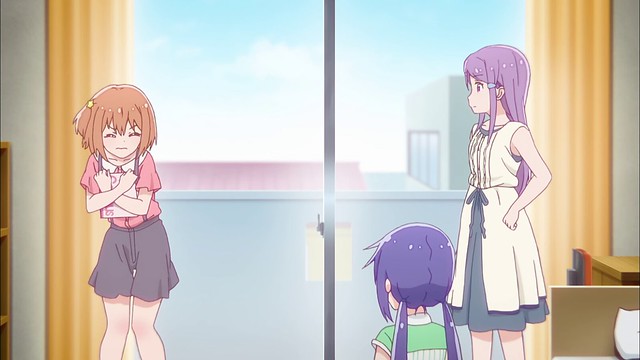 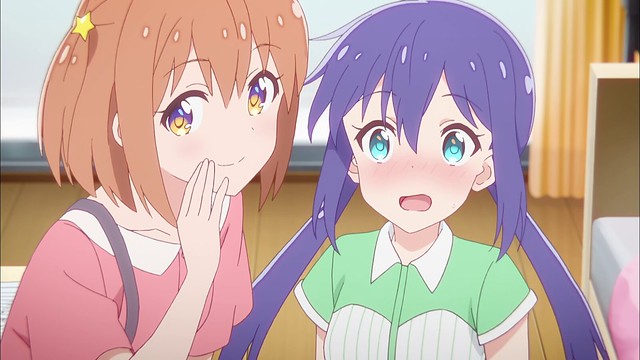 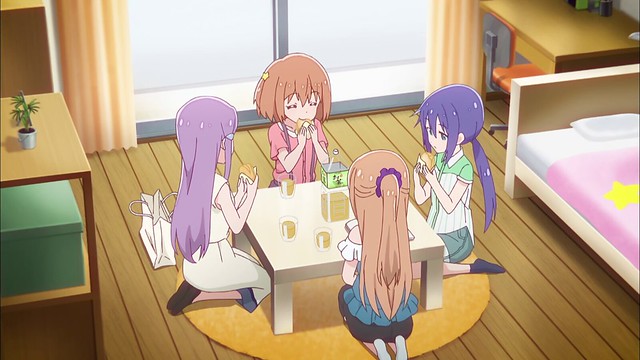 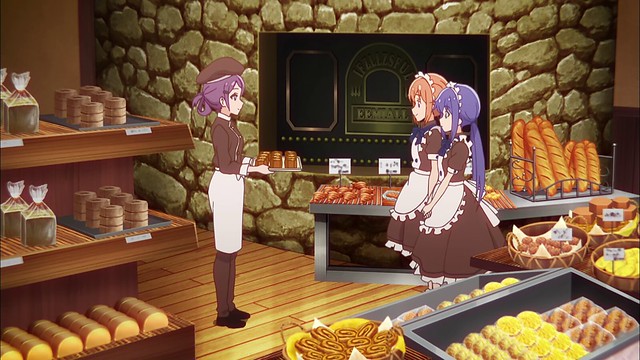 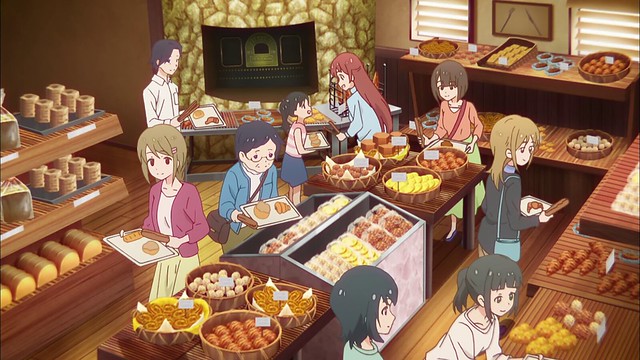 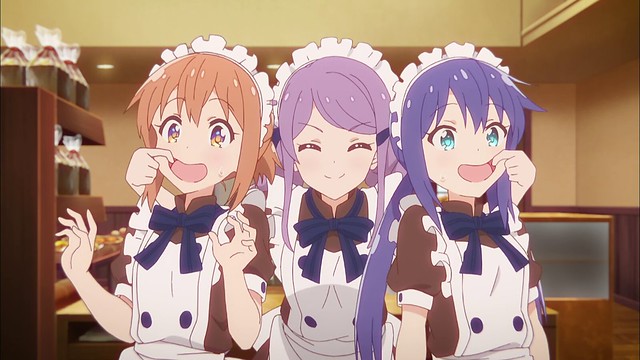 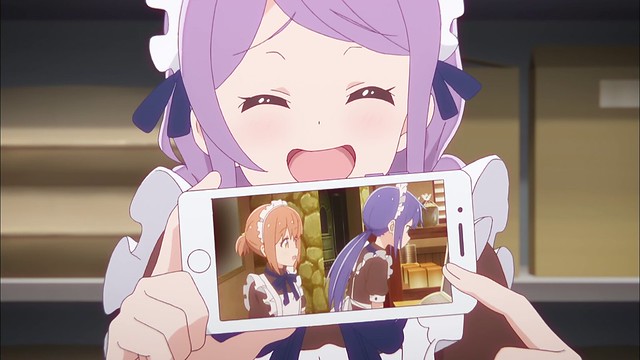 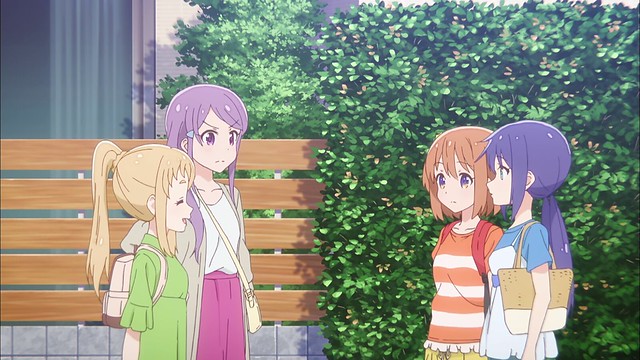 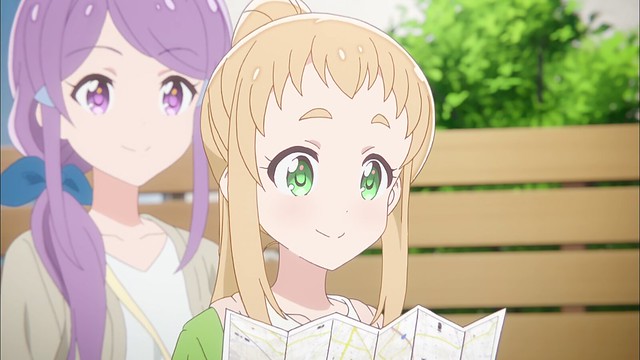 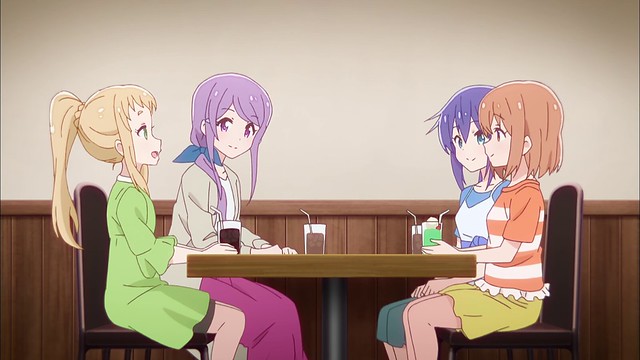 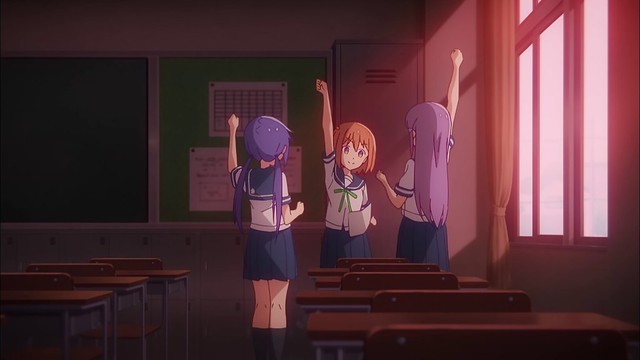 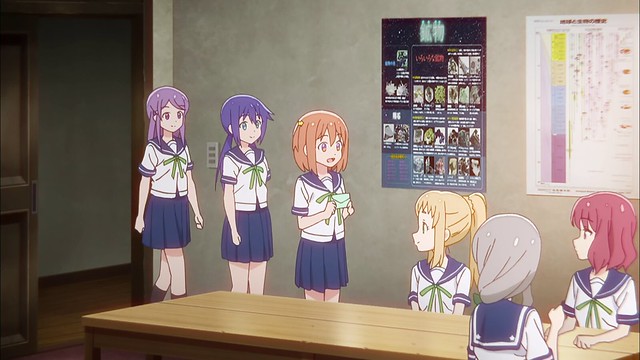 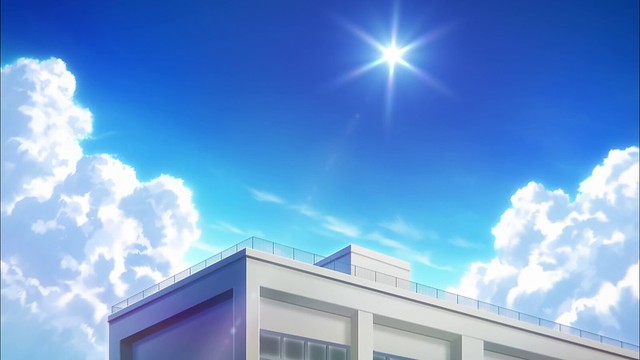 Manga Time Kirara adaptations are typically very familiar, even derivative, and so, while the characters and their dynamics are nothing I’ve not seen before, the choice of topic in astronomy and geology makes Koisuru Asteroid a curious series to follow. The series will provide plenty of small tidbits of information about both disciplines that add to the series’ enjoyment and also gently guide viewers along to ensure they are up to speed with what Ao and Mira do en route to discovery of an asteroid. With the combination of reacquainting myself with the Earth Sciences and a familiar set of interactions amongst the characters, Koisuru Asteroid offers a very comforting and relaxed series to take up each and every week. The reason I am so fond of these series, even where they do not (or cannot) innovate on the genre, is because they show how every discipline out there has its own intricacies. While such series may not always be entirely faithful or fully representative of its real-world counterpart, exploring the techniques and tools of the trade is a reminder that every discipline has its own challenges, reward and merit. Being able to see different disciplines means appreciating the effort and work people apply towards their own occupations and professions, and while slice-of-life anime may prima facie be a thinly-veiled excuse to see cute girls doing cute things, the reality is that they also provide an accessible portrayal of disciplines that one might otherwise pass over while in pursuit of their own objectives. Having this wider perspective leads to increased respect for folks in different fields, and may even offer one novel insights into their own areas of expertise.

4 responses to “Koisuru Asteroid: Review and Reflections After Three”