Jon’s Creator Showcase: Introducing A Showcase for the First Posts of the New Decade

8 Comments Posted by infinitezenith on February 1, 2020

“Be always at war with your vices, at peace with your neighbors, and let each new year find you a better man.” –Benjamin Franklin

We are now a month into the new decade, and I am proud to announce that I will be kicking off the Jon’s Creator Showcase for the first set of content that participants have written for the first month of 2020. This is particularly exciting, since it means I will have the honour of being able to highlight and feature content for the first month of the new decade. The programme’s founder, Jon Spencer of Jon Spencer reviews, has already done a phenomenal job with presenting the submissions from fifty-one of the best posts folks have written in the last decade. Given how enjoyable previous Jon’s Creator Showcase events have been, I am greatly looking forwards to submissions that are coming in this time around, especially since January is a time for new beginnings, and this is typically the time when folks are at their most creative, experimenting with novel concepts and unique ideas; it was in a January when I decided to change the format of my blog to the structure presently seen in my posts, and so, I am certain that all submissions, whether they are from bloggers, writers, video editors or artists, will be similarly innovative and fresh, making for a particularly exciting Jon’s Creator Showcase. Before delving further, it would be prudent for me to briefly outline what Jon’s Creator Showcase is about: this initiative began two years ago, and was intended for folks to discover other amazing bloggers. The rules for participation are really simple: all one needs to do is submit their favourite post from the previous month (i.e. January 2020) to the host either on Twitter or using WordPress’ comments section. For ease of identification, participants are asked to use the hashtag #TheJCS to make it easier for hosts to track submissions. Thus, to keep things simple, I am accepting submissions for all content strictly from January 2020. Submissions open today, and are accepted through either Twitter, or the comments of this blog. I will confirm submissions by liking the submission. The host’s role is to aggregate all of the submissions, feature them in a manner of their choosing and then share the Showcase with all participants, who now have access to a host of excellent and unique material in one place. While the programme started with just blog posts, participants have begun sending in creative writing pieces like poetry and short stories, anime music videos, video reviews and (at least in one of the submissions I received while hosting) even fully-fledged, custom-made games. On the first of March, I wrap up my showcase and then pass the torch to the next host. 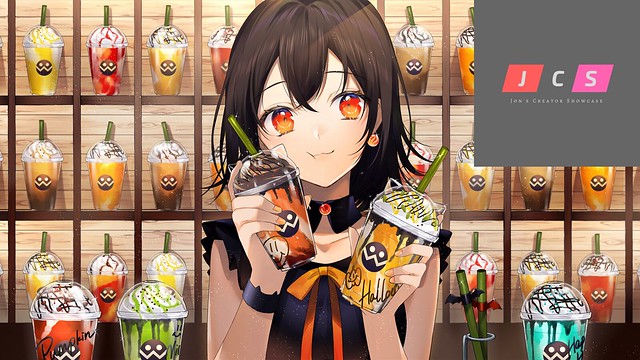 Because it’s now open season, I encourage folks to submit anything they are particularly proud of and wish to show to the world: blog posts, short stories, poems, AMVs, videos and fan-art are all acceptable. If you have a game published to Steam, or an app available in the App Store, note that these are also a valid submissions. For practical reasons, I will not consider Android app submissions from the Google Play Store. Participants have been very good in the past with submitting good content, but it’s worth reiterating that I will reject any submissions dealing with explicit materials, graphic violence, harassment or hateful content: when in doubt, dropping me or Jon (the project’s originator) a message will be the swiftest and most effective way of getting any questions answered. I believe this has checked off everything that needs to be said about Jon’s Creator Showcase, Civilian-hosted 2k20-edition. I recall that for my last Jon’s Creator Showcase, I broke several records for my blog in post length, engagement and a few other metrics. I’m not sure if I’ll surpass that this time around, but I will still aim to host a satisfactory Jon’s Creator Showcase. I look forwards to seeing what everyone has to showcase, and with the shortest month of the year, even with the extra Leap Year, upcoming, it’ll be striking a balance between making sure I don’t butcher Jon’s Creator Showcase, keep the regularly scheduled programming here alive, as well as keeping up with this season’s shows, partake in Girls’ Last Tour for #AniTwitWatches (another one of Jon’s initiatives), work my way to World Tier Five in The Division 2 and somehow find the time on top of that to lift weights and help at the dōjō.

8 responses to “Jon’s Creator Showcase: Introducing A Showcase for the First Posts of the New Decade”