2 Comments Posted by infinitezenith on February 14, 2020

“The reason as to why we are attracted to our opposites is because they are our salvation from the burden of being ourselves.” ―Kamand Kojouri

Whereas it is common knowledge that Myers-Briggs test are only a rough indicator of how people of differing personality types get along with one another, it’s become something of a yearly tradition for me to now write about hypothetical relationships between someone of my personality type and the other fifteen personalities. I’ve already expended the INFP and ISFJ types for CLANNAD‘s Nagisa Furukawa and Girls und Panzer‘s Miho “Miporin” Nishizumi in previous years, so this year, I’m going to ratchet things up a notch and do something radical: I’m going to explore a personality type that’s the opposite of my own. Harukana Receive‘s Haruka Oozora fits the bill well: with a light-hearted and open-minded character, Haruka is quick to befriend those around her, has little patience for concepts and is shown to have a penchant for doing things rather than studying them. With a spontaneous and flexible mindset, Haruka has no trouble adapting to changes in situations. With a boundless amount of energy, Haruka brightens up the days of those around her, and is generally a fun person to be around. The sum of her traits mean that, despite being a novice at beach volleyball, she would make strides with Kanata as a team to even put an excellent fight against experienced players like Claire and Emily Thomas. Haruka would thus be considered an ESTP: Extraverted, Sensing, Thinking and Perceiving. In a relationship between an ESTP and an ISTJ, the dramatic differences prima facie imply a difficult time. My preference for order and structure means that I would have a tough time adjusting to Haruka’s flexible, spontaneous schedule. In conflict, Haruka tends to be very open and up front about how she feels, and would be adverse to anything that’s too rigid. Conversely, I am a believer in the idea that people should be true to what they say. Haruka’s carefree attitude, versus my rigid, disciplined outlook on problem solving and organisation could be tricky: I am rather picky about being on time, which I feel to be a show of respect, but Haruka would place a lesser emphasis on this and more value on being in the moment. Indeed, it means that Haruka and I would conflict on a great many things, but the reality is that both partners bring traits to the table that complement one another, as well. Haruka’s boundless energy and desire to try new things would push me forwards and allow me to experience things that would otherwise be missed. My love of organisation and order would help Haruka find ways of optimising her own day-to-day, as well. To make a relationship with Haruka work, someone like myself would need to be more open-minded, trusting and live in the moment more: the pay-offs are that people like Haruka are very passionate, energetic, as well, and so, beyond the initial hurdles, such a pairing could bring out a new-found synergy in many exciting and unforeseeable ways. 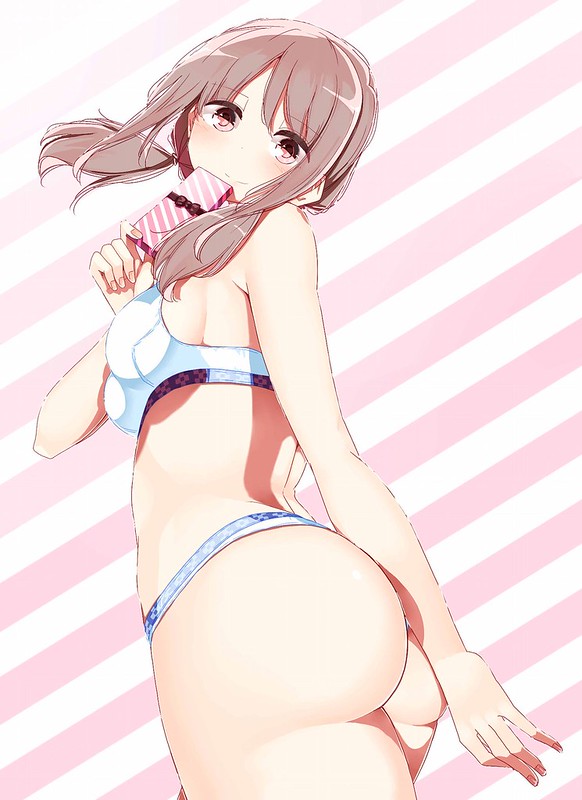 What would a date with Haruka look like, one asks? Because Haruka is very active, and very fond of people, there are two dates in my area that could be one that she might find enjoyment in. The first suggestion would be a hike to the Big Beehive at Lake Louise: this 10.3 kilometre hike has an elevation gain of around 640 metres, and takes hikers through the Lake Agnes Tea House. The path up to the tea house, as well as the Lake Agnes Teahouse itself is well-tread, and busy. Haruka would feel at ease with the number of people, and also enjoy speaking with other hikers while at once enjoying the scenery around Lake Agnes. The next leg of the hike leading up to the Big Beehive is a bit more strenuous, tapping into Haruka’s love for physical activity: to reach the top of the Big Beehive and look back down at Lake Louise and the Chateau below would be a remarkably exhilarating journey. The other date that could prove appropriate would be a day spent at the Calgary Stampede. Touted as the Greatest Outdoor Show on Earth, the Stampede (as we locals call it) has rodeo competitions, midway games and rides, all sorts of wild foods, and interesting exhibitions. With an incredible amount of energy from the number of visitors, Haruka would enjoy everything from trying exotic carnival foods, to watching dog shows, trying her hand at midway games and taking rides together in the Ferris Wheel or the West Jet Sky Ride. While I personally regroup and rest on my own, usually with a good book or game, I have no qualms about hiking or attending busy events, so my own adaptiveness means that I could certainly keep up with Haruka. Of course, all of this remains a thought experiment: relationships of all sorts work out in reality, and their dynamics are driven by more than just personality types: trust, loyalty and respect are surer indicators of where things will go. Almost any relationship will work as long as love and communication are present, and this is an encouraging thought. With this being said, these Valentine’s Day posts are always fun to write for, and before I wrap up this shorter post, I’d like to wish all readers a Happy Valentine’s Day!

2 responses to “A Valentine’s Day with Haruka Oozora: Finding Happiness in Complementary Personalities”