Koisuru Asteroid: Review and reflection at the ¾ mark

2 Comments Posted by infinitezenith on March 8, 2020

“I keep the subject of my inquiry constantly before me, and wait till the first dawning opens gradually, by little and little, into a full and clear light.” –Sir Isaac Newton

While Mai is nervous about taking on the mantle of responsibility that accompanies being the Earth Science club’s president, Ao and Mira do their best to support her, helping out with an astronomy event for children. Mira, Moe and Megu manage to keep the children engaged, but Ao notices that one of the girls in the group seems aloof. She speaks with her and explains that the stars themselves provide insight into the past, drawing her curiosity. Later, Ao becomes sick, prompting Mira and Mai to pay her a visit. Mari and Mikage gear up for their entrance exams, and when Mari fails her first choice, Mai decides to apply for an Earth Science Olympiad examination. Despite failing the preliminaries, Mai is glad to have attended, having befriended another participant. Christmas approaches, and as a gift to their juniors, Mari and Mikage give Ao, Mira and Mai an album of their time spent together. During the New Year, Ao reveals to Mira that she’s set to move in March owing to her father’s work. When they share this news with the others, the others come to the suggestion that Ao should live with Mira; Misa is going to university come Spring, leaving a room open at Mira’s place, and this would allow the two to continue pursuit of their dream together. Ao and Mira’s parents agree to the proposed arrangement. During Valentines’ Day, Mikage gifts homemade chocolate to everyone as thanks, Mikage also encourages Moe to summon the courage to give proper chocolates to Misa, whom Moe had feelings for. When graduation arrives, the juniors gift parting mementos to both Mikage and Mari; the latter realises she’s had an excellent time as an Earth Science Club member. March soon arrives, and Ao moves in with Mira, but the two conflict when Mira goes through Ao’s belongings. The two reconcile, and with a new term under way, Ao and Mira begin recruiting for new members even as Mai protests that their club technically doesn’t have the permission to do so.

Three quarters of the way into Koisuru Asteroid, the series has ventured into a transition period as Mai takes over the Earth Sciences Club. This transition has been a bumpy one, a journey of discovery: Mai’s not particularly confident she’ll do a good job as the president, but with encouragement from the others, attends a children’s stargazing event. The photos coming back from this event turn out poorly, mirroring how transitions are rarely smooth: Mai has some large shoes to fill and cannot be reasonably expected to flawlessly perform her duties overnight. However, support from her friends means that Mai does begin seizing the initiative to be more effectual as a president, culminating in her taking an Earth Science Olympiad competition exam. While she fails, that Mai took charge and ended up befriending someone shows that, although challenges lie ahead, she’s better prepared to handle them, opening up to new people and experiences. This becomes especially important now that Mari and Mikage have graduated, as the club prepares to take on what appears to be two new recruits. The other aspect of Koisuru Asteroid that the third quarters covers is the unexpected curve-ball that Ao and Mira face to their promise: Ao’s moving comes at a difficult time, and while Ao is overwhelmed by fear of disrupting the club, her sharing it with Mira causes Mira to worry about not being more attentive to Ao’s situation. Of course, the solution that Ao and Mira find comes from reaching out to their fellow club members and those around them: the choice to have Ao lodge with Mira is a novel option that shows the importance of resourcefulness, and by exploring different options, a compromise that works for everyone is reached. 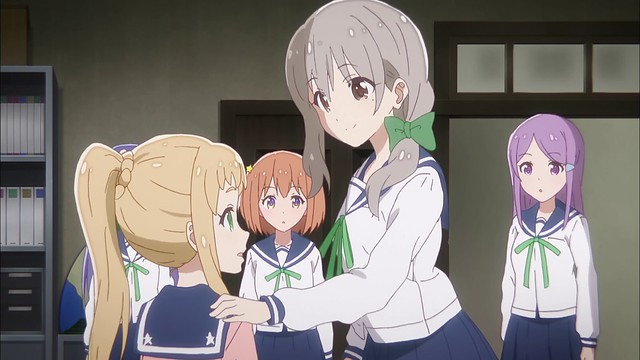 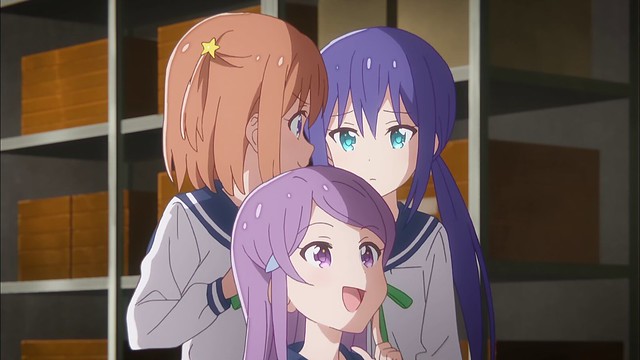 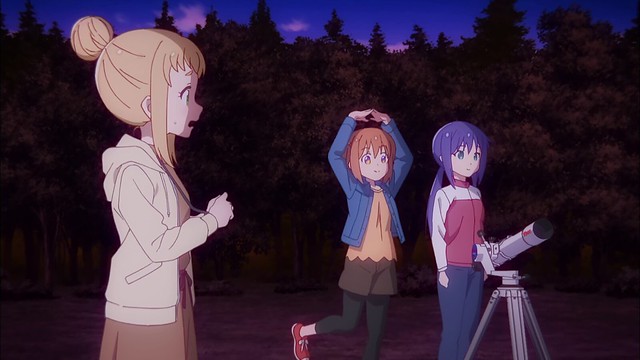 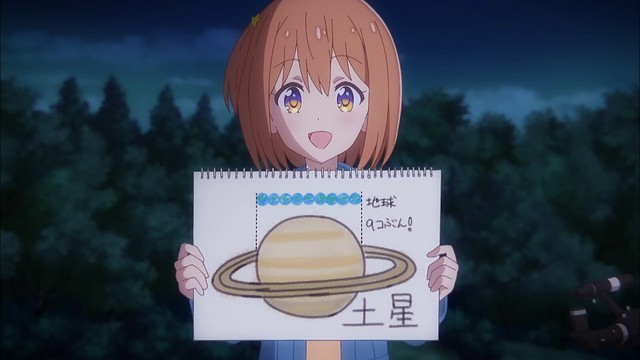 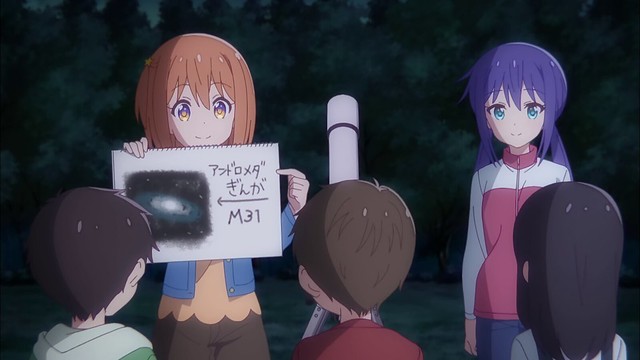 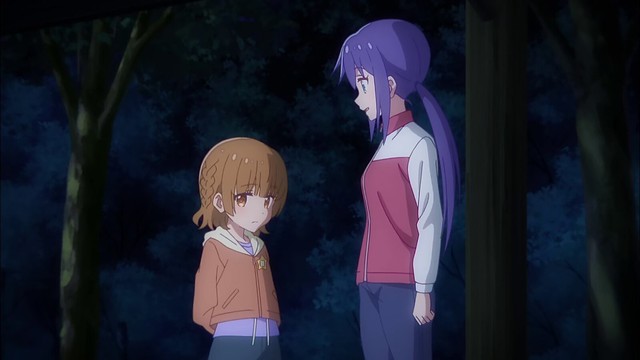 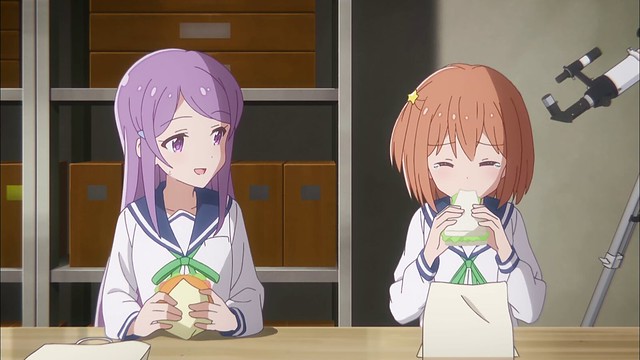 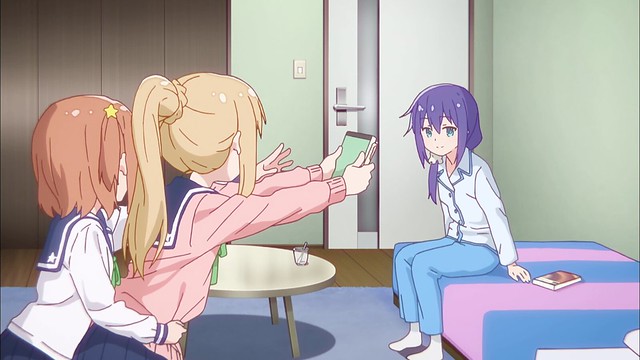 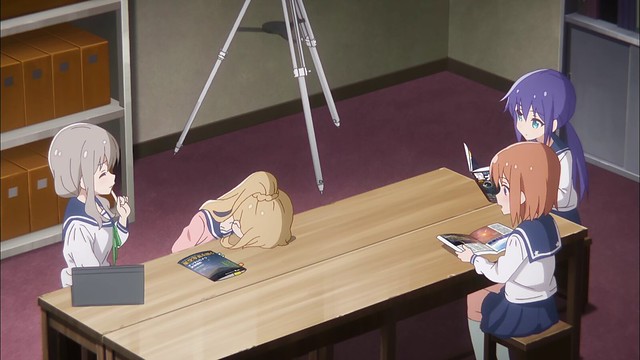 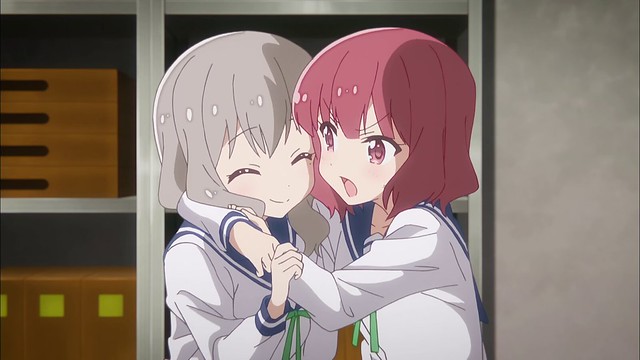 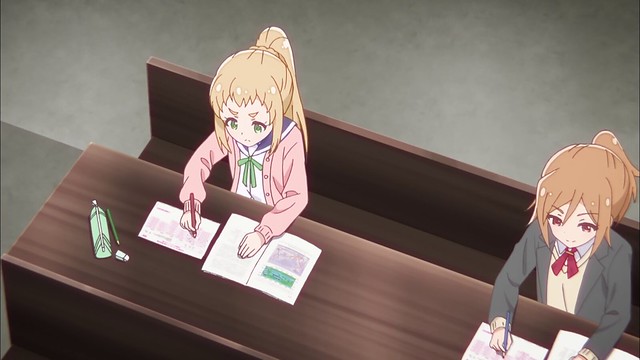 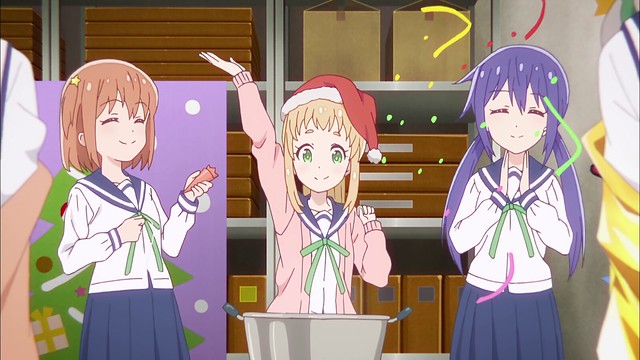 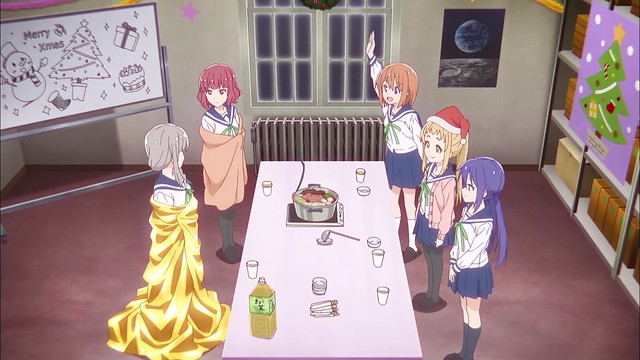 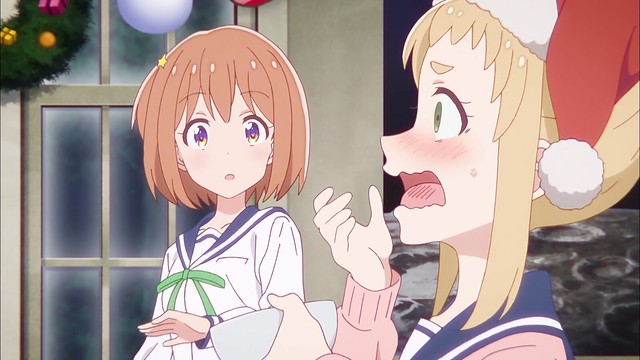 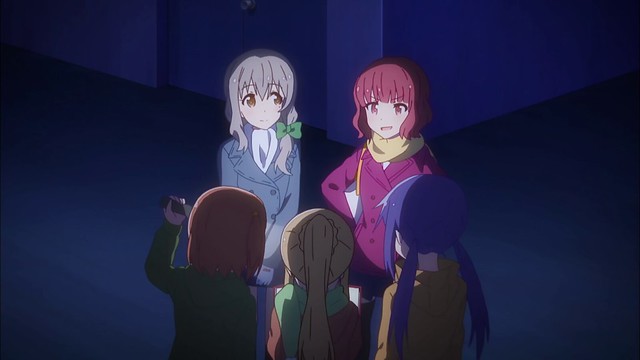 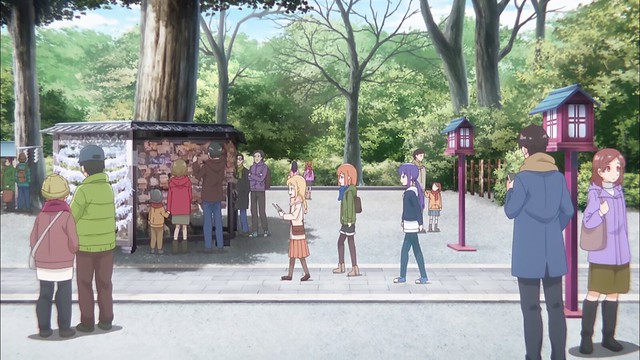 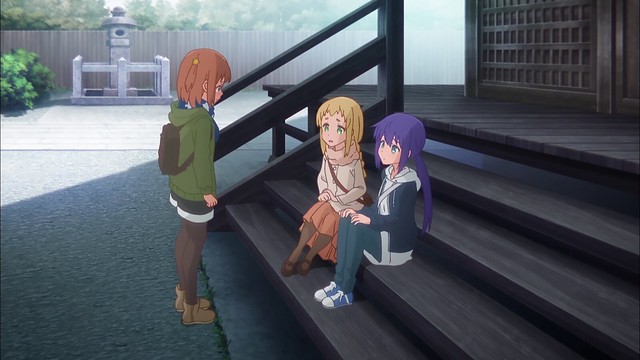 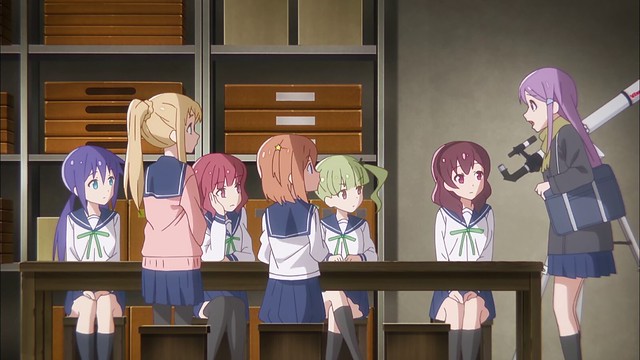 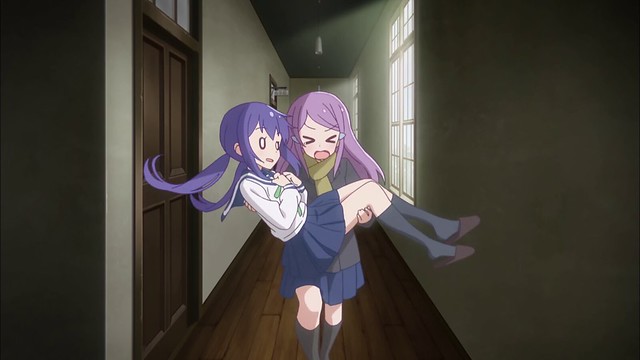 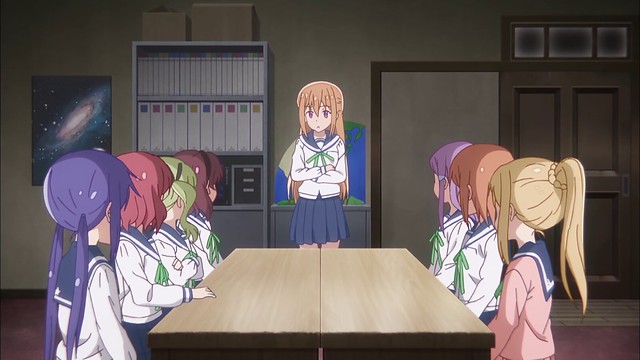 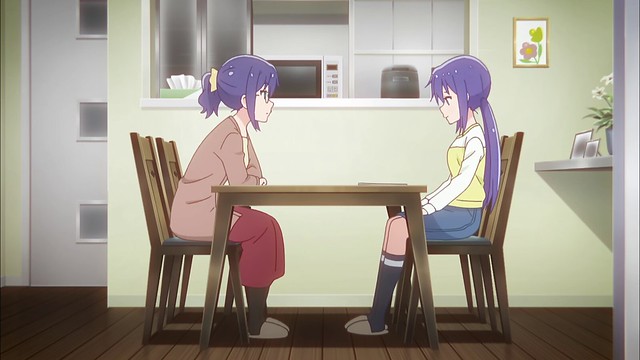 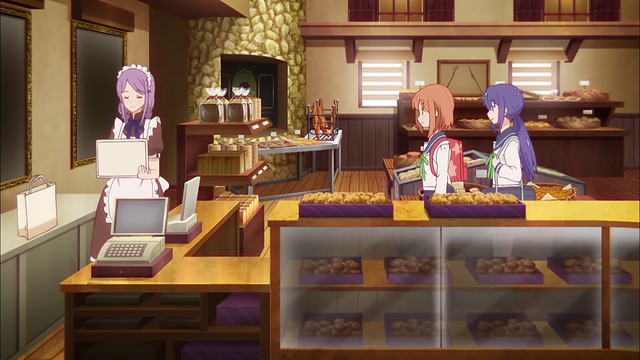 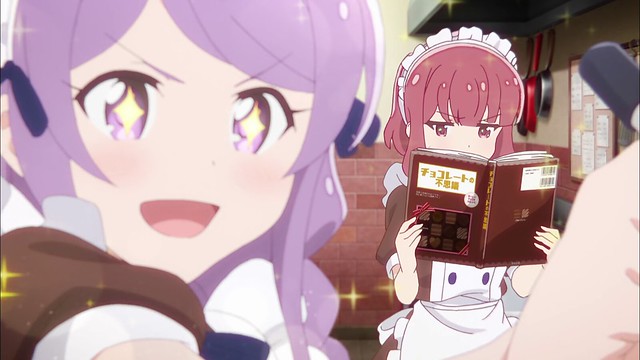 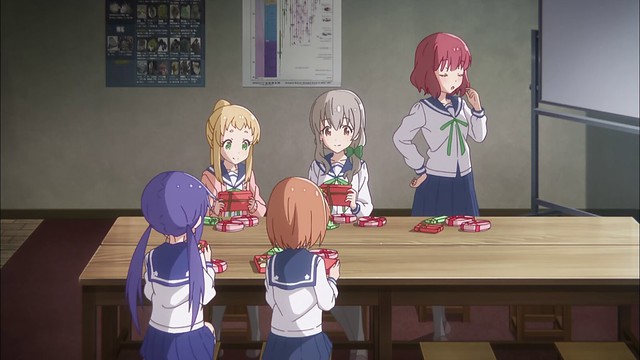 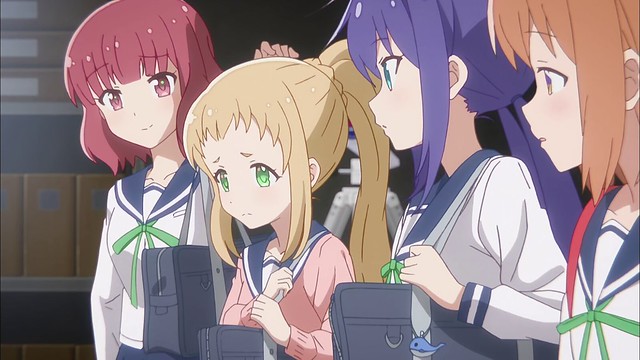 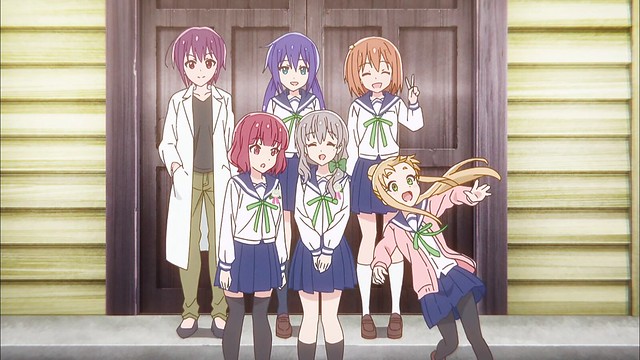 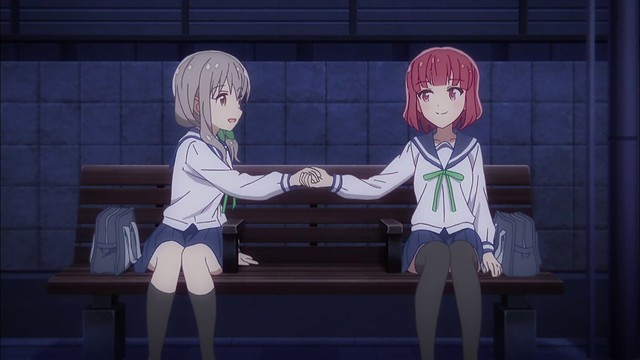 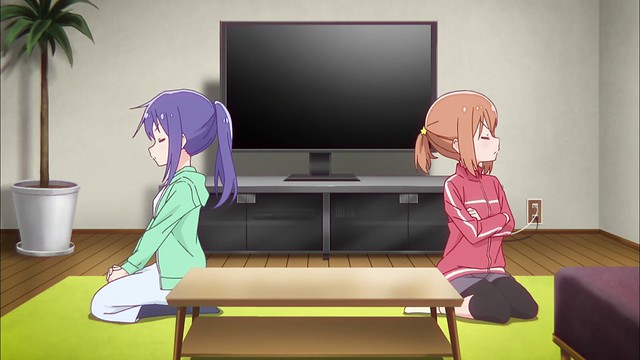 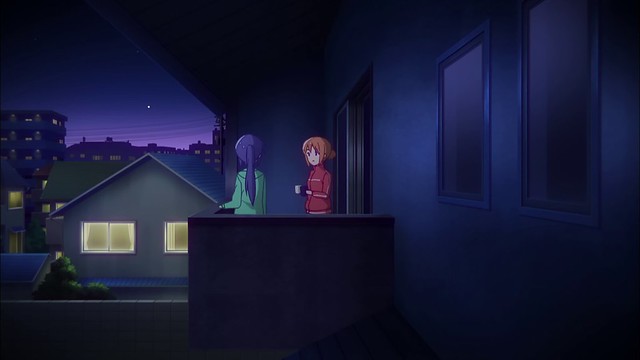 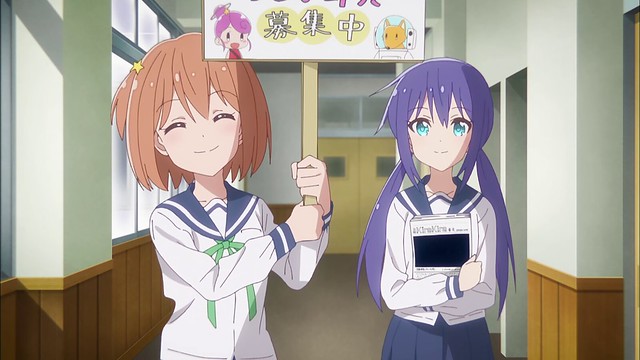 With nine episodes of Koisuru Asteroid in the books, the transition period for Mai has elapsed, and the unexpected surprise that threatened Ao and Mira’s dream appears to be resolved in full. The third quarter of Koisuru Asteroid proceeds at a much higher pace than the series had up until this point: the pacing feels inconsistent as the series attempts to fit as much of the character growth accompanying a transition in these three episodes as possible. While more time could’ve been spent on things, the resolution reached is not an unreasonable one, and paves the path for the final quarter of Koisuru Asteroid. As a series with its share of pleasant surprises, one does wonder how the series will go about presenting Ao and Mira’s path towards asteroid discovery. From a personal perspective, the most plausible approach that would allow the series to retain its atmosphere and pacing, while simultaneously providing the two the starting point, would be to have the two begin applying for, and being accepted into the asteroid competition that had been mentioned during the summer camp. During this time, Mira, Ao and Mai would also need to balance the addition of two new members into their club and take on the role of a senior. These small discoveries are just as critical to Koisuru Asteroid as Ao and Mira’s promise; one cannot begrudge the series for focusing on the characters, and in the realm of character growth, Koisuru Asteroid has done an admirable job. The only question that remains is what Ao and Mira will do to begin fulfilling that long-standing promise to one another, although one thing should be apparent: this will be an enjoyable and meaningful journey.

2 responses to “Koisuru Asteroid: Review and reflection at the ¾ mark”