Magia Record: A Review and Reflections on the First Season

2 Comments Posted by infinitezenith on April 6, 2020

“Today is the end of the Incubators, the end of a regime that acquiesces to disorder! At this very moment, in a city far from here, Incubators lie to magical girls while secretly supporting the treachery of the Law of Thermodynamics. This fierce machine, which you have built, upon which we stand, will bring an end to the system, to these false gods! All remaining magical girls will bow to the Wings of Magius and will remember this as the last day of the Incubators!” –Satomi Touka’s Final Speech

When Iroha learns the disappearance of individuals in Kamihama might be tied to the rumours that are floating around town, she is put in touch with Tsuruno Yui and learns of the Seance Shrine rumour, which alleges it is possible to meet with long-lost people here. With Yachiyo, Iroha enters the shrine’s labyrinth and comes face-to-face with a false Ui, while Yachiyo meets Mifuyu. They manage to escape, when Iroha manifests an unknown power that destroys the shrine Witch. Mami confronts Iroha and reluctantly leaves after warning Tsuruno not to trust Yachiyo. Later, Iroha encounters Felicia Mitsuki and the Lucky Owl Water: when she reveals what happened to Yachiyo and Tsuruno, the four hunt down the source of the water and discover an Uwasa, physical manifestations of rumours, as well as a mysterious faction known as the Wings of Magius. Defeating the Amane twins and the Uwasa in combat, Felicia subsequently joins Iroha and the other: Iroha moves into the Mikazuki Villa with the others and transfers to Kamihama Middle School. Here, she hears about the Electric Wave Girl rumour, which corroborates with a series of strange messages she’s received on her phone. With the others’ support, Iroha sets out to investigate and discovers the magical girl Sana. She manages to free Sana, who joins their group. When the girls get a mysterious invitation to the Memory Museum to learn about why Kamihama is where magical girls are “saved”, they attend a lecture held by one Touka Satomi, who explains that in Kamihama, she’s devised a system to prevent magical girls from transforming into Witches. Yachiyo arrives and declares that she’s disbanding the Mikazuki Villa team – her original wish was to survive, and people around her seem to meet unfortunate ends. Iroha refuses, and promises to stay with her. Their exit is blocked by Mami, who begins engaging them in combat. Sayaka Miki arrives to buy them some time, but the ferocity of Mami’s assaut causes the museum to collapse. Meanwhile, Tsuruno and Rena have joined the Wings of Magius. This is Magia Record‘s anime adaptation, or rather, its first season, which ended rather abruptly and while there is a continuation to things, the second season’s release date remains unknown at present.

The second season will doubtlessly answer the lingering questions the first half of Magia Record had raised: insofar, Ui Tamaki remains as much of a mystery as the Dyatlov Pass Incident, and Iroha is no closer to finding her. However, despite this, Magia Record‘s first half does a fine job of compelling viewers to stick around for the second act: the shadowy Wings of Magius and their plan to “save” all magical girls from a terrible fate are now explained, and while their intentions are dubious, at least viewers know what their goals are. Magia Record also establishes a rather curious theme in its first half: the Uwasa themselves, borne from rumours and whispers, act as a metaphor for the sheer quantity of misinformation, colloquially “fake news”, that exists in the world. These Uwasa resemble Witches, causing harm to the people who encounter them, and like Witches, are defeated by magical girls. However, there is a caveat: destroying an Uwasa drops no Grief Seeds, and so, the magical girls fighting them, though duty-bound to do so, gain nothing from engaging them in return. This is a vivid and clever representation of the damage misinformation can deal, as well as how fighting misinformation is a thankless task despite the challenges involved. Moreover, as Magia Record progresses and characters begin swearing allegiance to the Wings of Magius, including Momoko and even Tsuruno: while on first glance, what the Wings of Magius offers makes sense, their cult-like tenour and lack of transparency is troubling, suggesting that beyond a seemingly desirable outcome, there must also be some sort of trade-off in exchange for accepting this power. 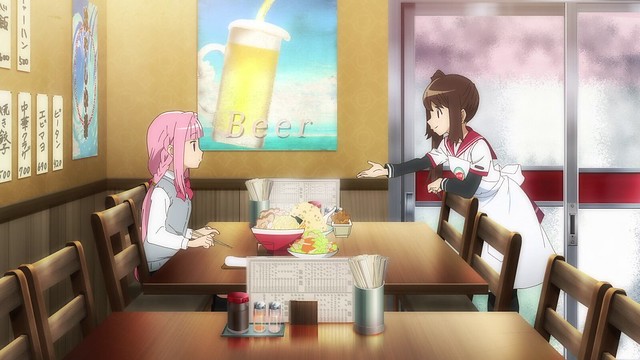 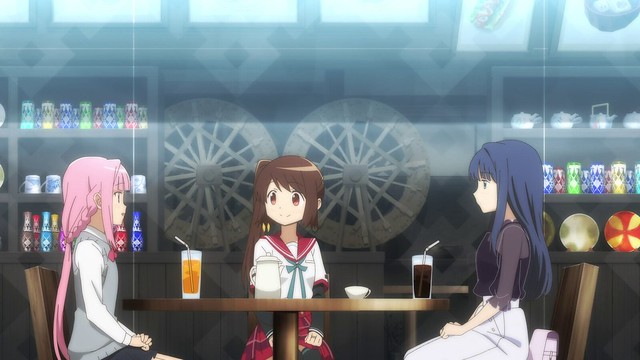 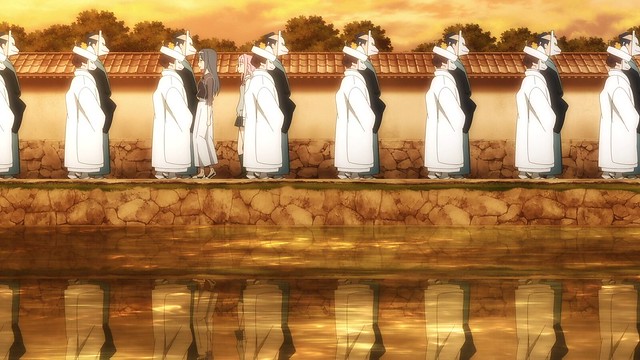 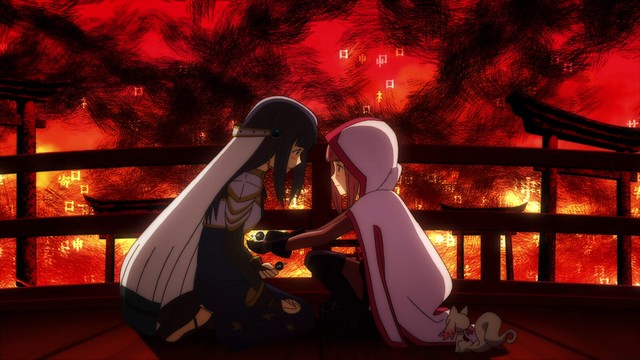 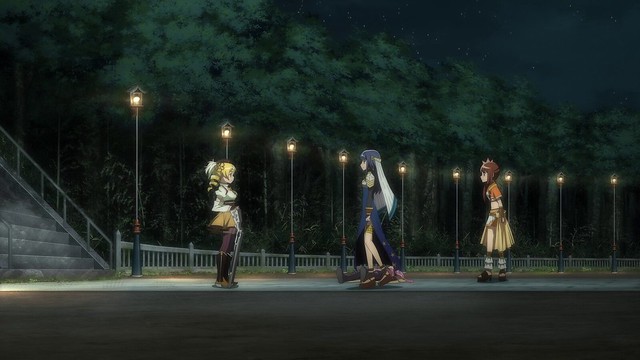 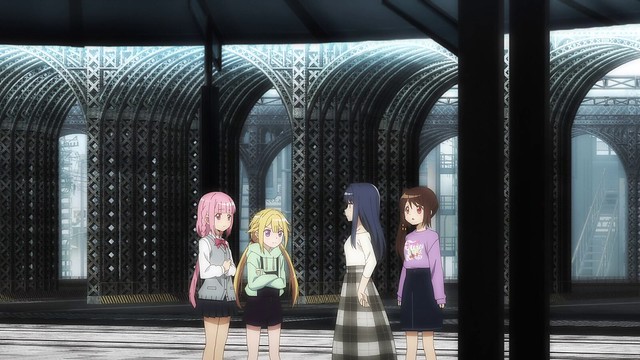 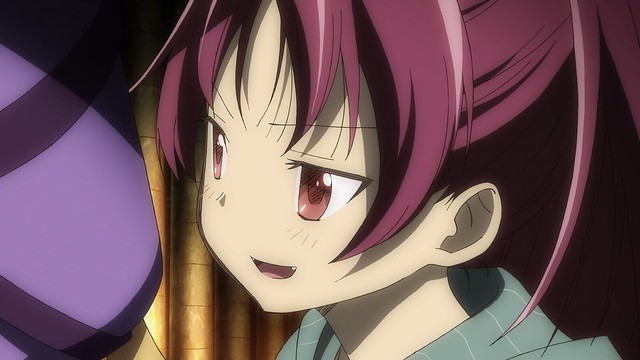 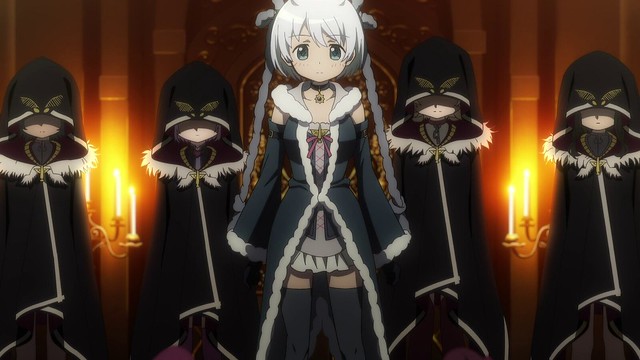 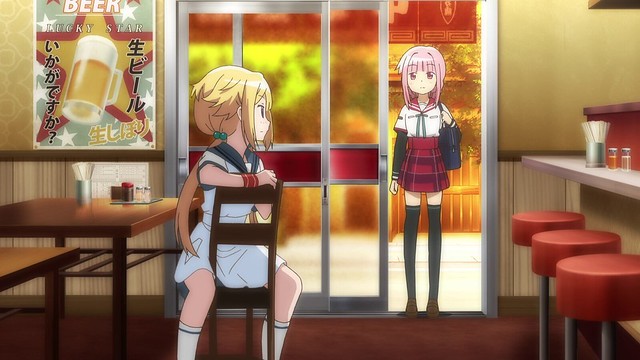 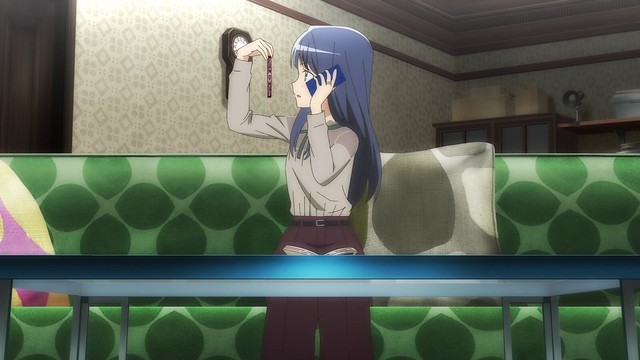 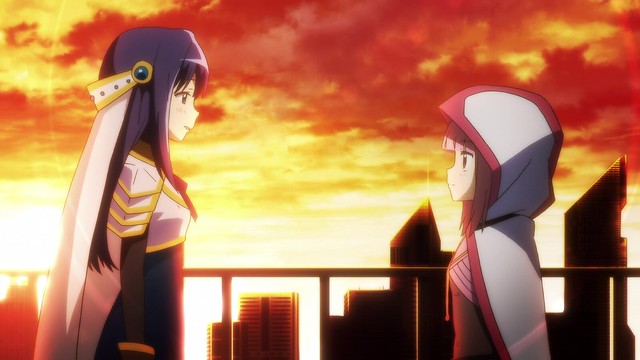 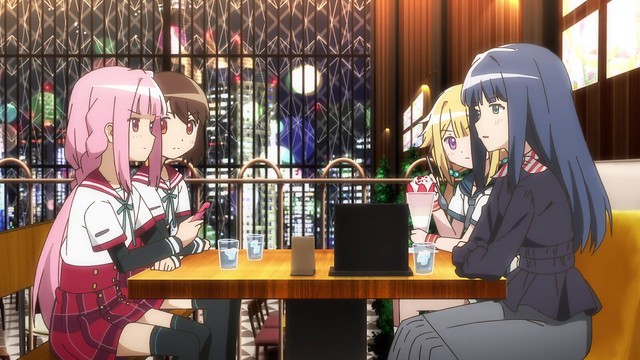 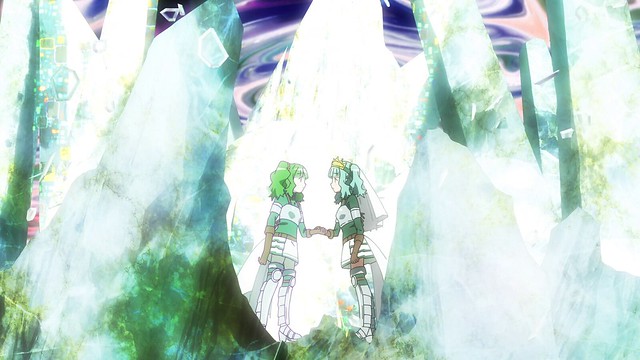 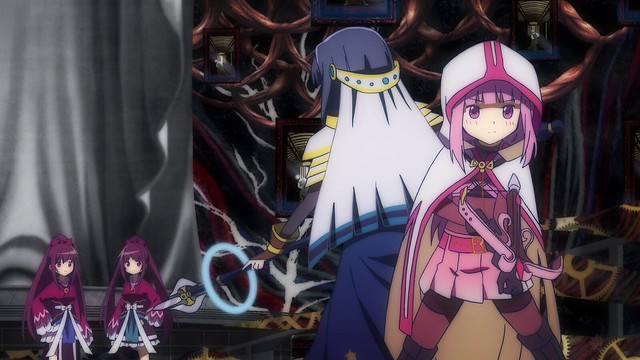 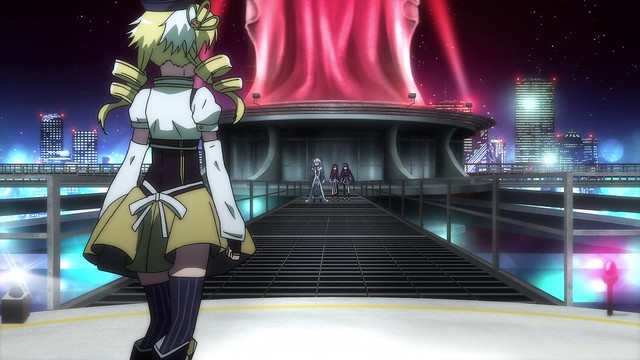 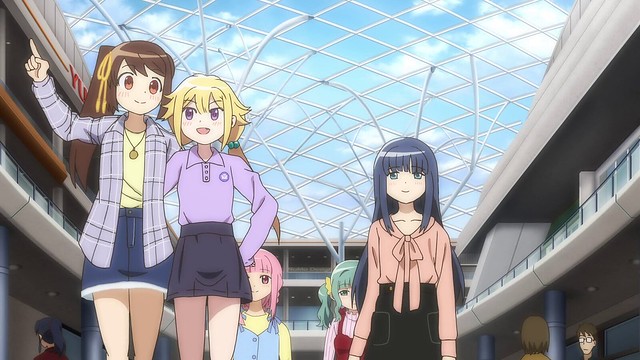 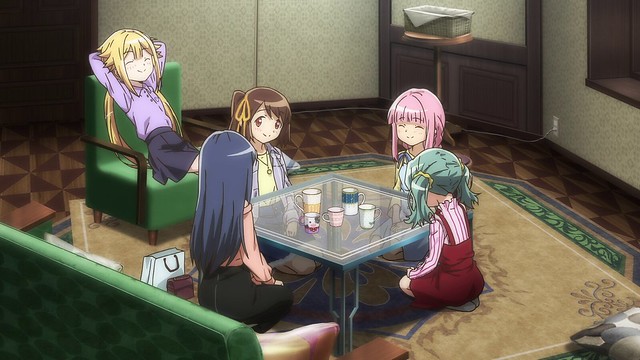 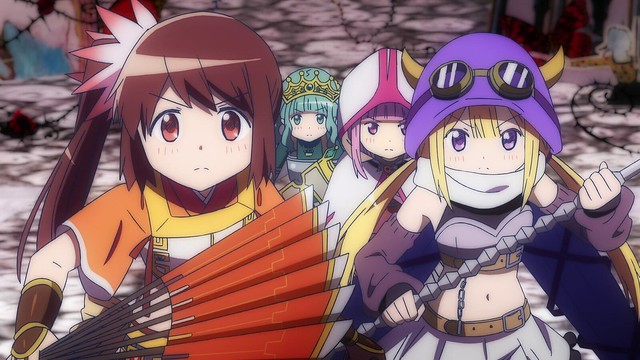 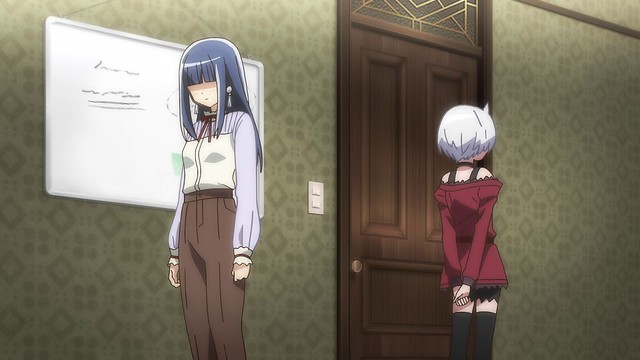 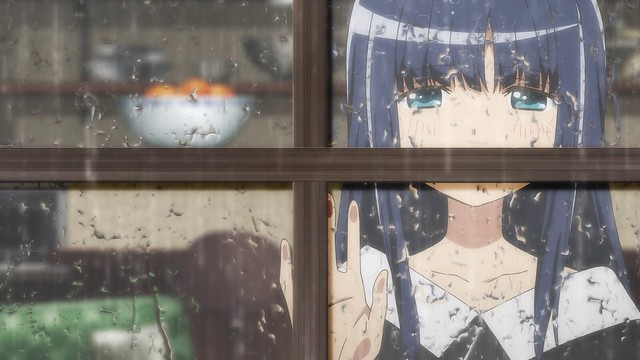 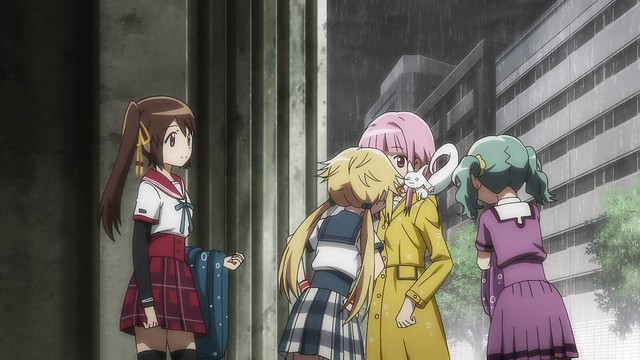 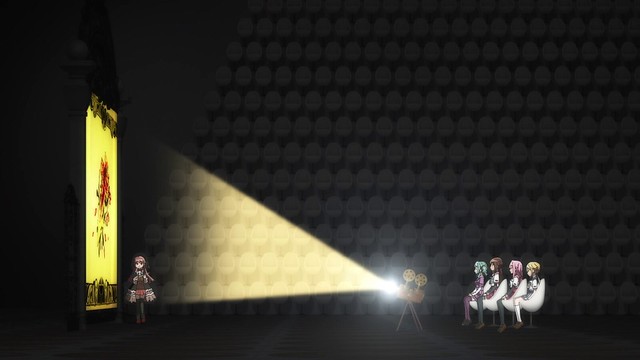 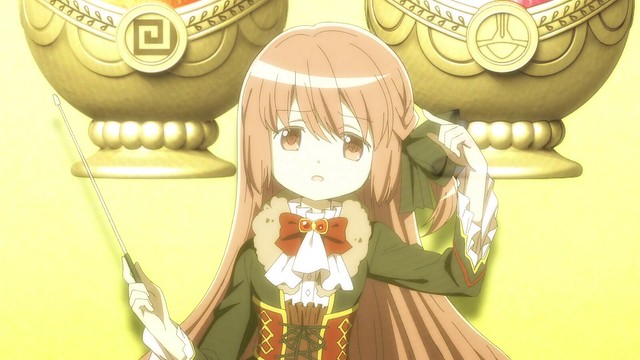 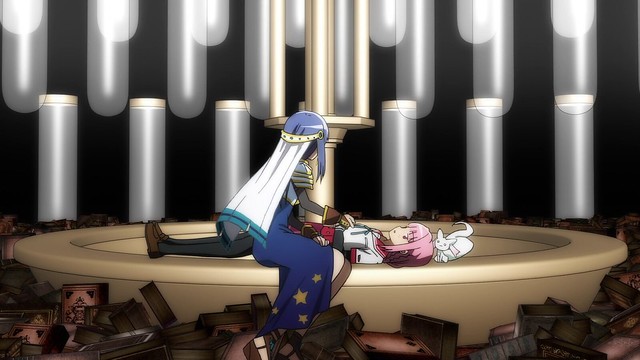 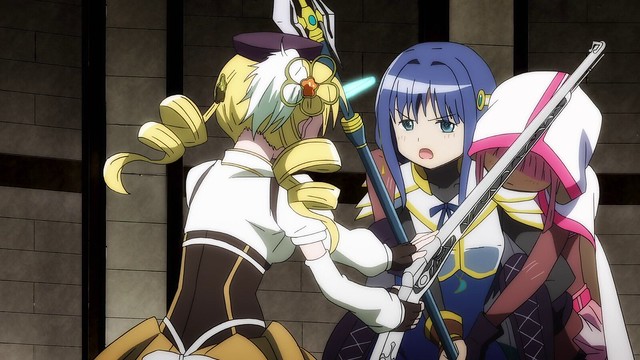 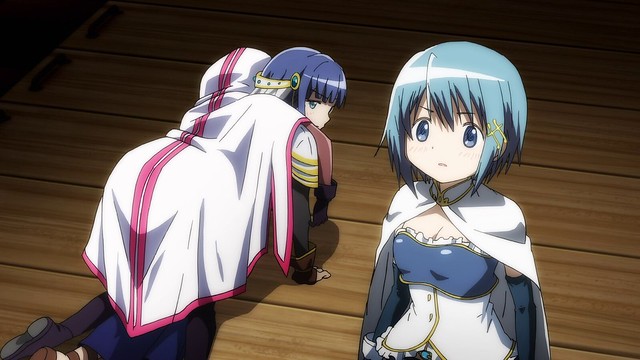 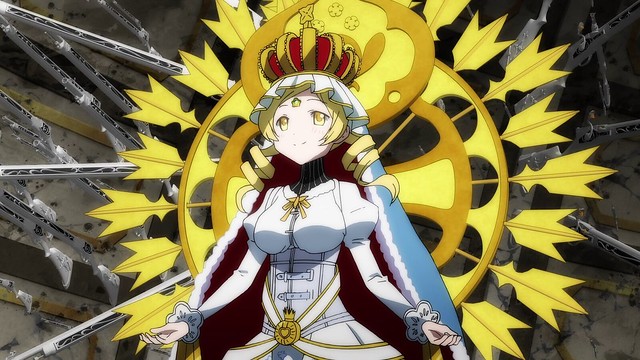 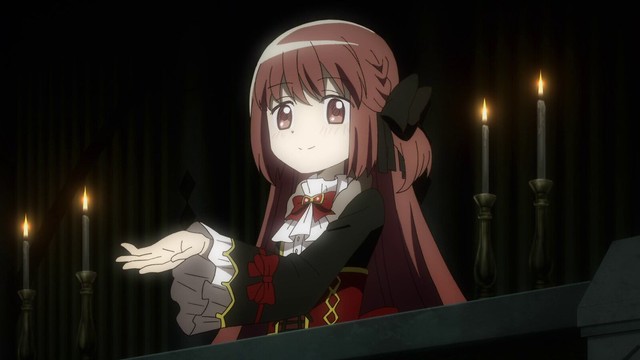 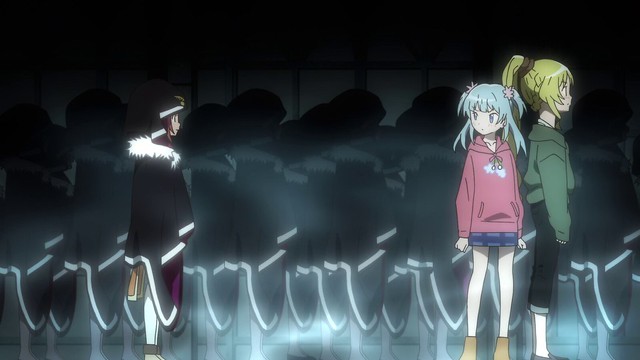 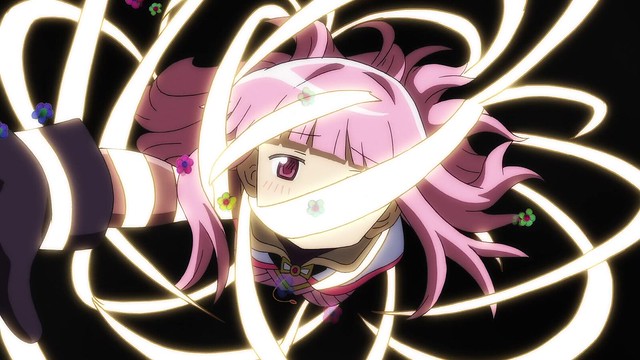 While Magia Record‘s closing at present understandably prompts a reaction of surprise and disappointment, the revelation that there is to be a second season changes things: the rate of progression of events and lack of focus on Iroha’s main purpose (i.e. finding Ui) are satisfactorily explained by the fact that we are really only at Magia Record‘s halfway point, and as such, criticism turns to understanding. Magia Record had, after all, been a very enjoyable watch during its run, with episodic mysteries to captivate the viewer on a weekly basis. While Magia Record did appear to be losing its focus as it continued to run, that the thirteenth episode is only the first act’s ending means that the choice of pacing and narrative elements to cover make a bit more sense. Of course, the stakes have now been elevated, and the second season must rise to the occasion in properly depicting what happens to Yachiyo and Iroha, especially as their list of allies grows thin, on top of answering the question of Ui Tamaki. However, because the Wings of Magius are gaining momentum, and the fact that key players have now joined them, the threat that the Wings of Magius pose is something that Iroha and Yachiyo will need to find an answer for in next season, before any attempt can be made to find out what happened to Ui. Expectations are therefore high entering the second season, and I am curious to see what awaits both Yachiyo and Iroha, especially since Sayaka’s just forcibly extracted Yachiyo from the collapsing Memory Museum while Iroha’s fate is undisclosed.

2 responses to “Magia Record: A Review and Reflections on the First Season”