God’s Blessings on This Wonderful Work Of Art: Review and Reflection on KonoSuba’s Second OVA

“The essence of lying is in deception, not in words.” –John Ruskin

While attempting to maintain the air of a seasoned adventurer at the Guild, Kazuma is approached by Ran, a freshman adventurer who seems taken in by his stories and experiences. Luna has a new quest for Kazuma and his legendary party, and Kazuma finds himself unable to turn this down – he gathers Aqua, Megumin and Darkness, taking them to a derelict ruin rumoured to be housing golems, and after successfully destroying it, returns to the Guild with yet another story to tell. With the golem threat removed, Luna sets Kazuma on an assignment to see if there’s anything noteworthy in the ruins. With his party, Kazuma discovers that the ruins was once the home of a Japanese adventurer who asked for the power to engineer everything, but over time, became disillusioned with his task to destroy the Dæmon King and lapsed into creating robots for his own amusement. This individual turns out to be the same researcher who built the Destroyer: Kazuma despairs at reading his journal, but also resolves to unlock whatever the individual had built. When he opens the vault, he finds an android inside that subsequently begins beating up the party, forcing Megumin to use her explosion magic, which destroys the ruins completely. Kazuma later learns that his “fan” was actually on Luna’s employ, falsely praising Kazuma so they could motivate him to deal with quests that other parties would not take. Frustrated, Kazuma employs his “steal” skill on Luna and Ran in revenge. This is KonoSuba‘s second OVA, which is set a ways after the second season and deals with yet another misadventure of Kazuma’s: this time, the tables turn, and it is Kazuma on the receiving end of humiliation.

By portraying the life of the head researcher who had built the Destroyer, KonoSuba‘s second OVA gives insight into the level of detail that went into Kazuma’s new world. The first season had simply shown this individual as an exceptionally talented, if absent-minded engineer who inadvertently destroyed an entire civilisation upon finishing the autonomous fortress, but in the OVA, it turns out that he had similar origins to Kazuma – both were antisocial individuals who hail from Japan, and while the head researcher had started out with motivation and an honest intention, seeing the futility of his quest and what he could accomplish alone eventually led him to lapse back into his old ways, although his powers to create advanced constructs indicate that at least his drive to build never left him. The contrast between Kazuma and this adventurer serves to show the importance of companionship, and in particular, how having a party with him has led Kazuma to, often against his wishes, undertake quests that serve a tangible purpose for his current world. In the absence of his party, and specifically, had Kazuma requested anything other than for Aqua to accompany him, it is conceivable that he may have lost his motivation to undertake quests and do things for those around him. As a result, while Kazuma’s decision to take Aqua with him, motivated by a petty desire to humiliate her in revenge for laughing at his death, seemingly appears to be a poor choice, it has also resulted in the constant need for Kazuma to fight for those around him, keeping him on the path of being an adventurer and bringing him a considerable ways in getting closer to the Dæmon King. 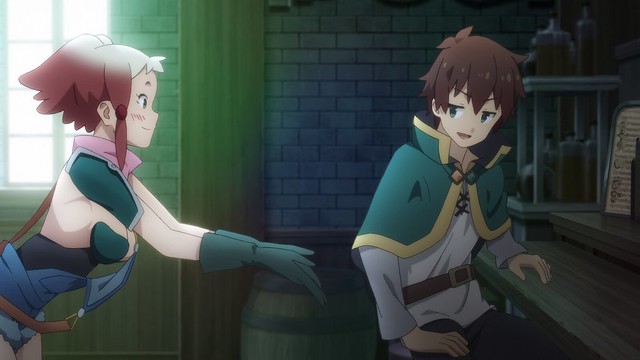 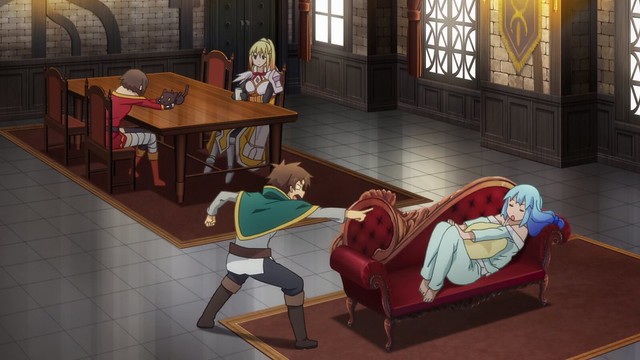 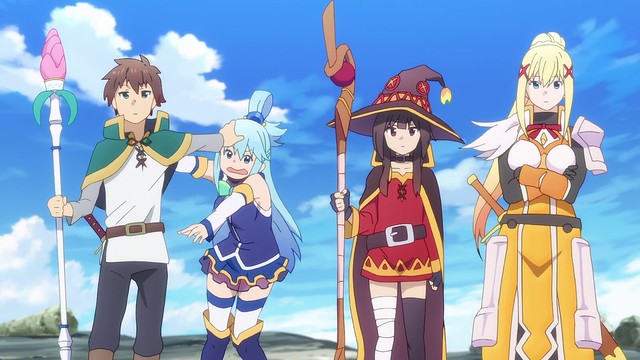 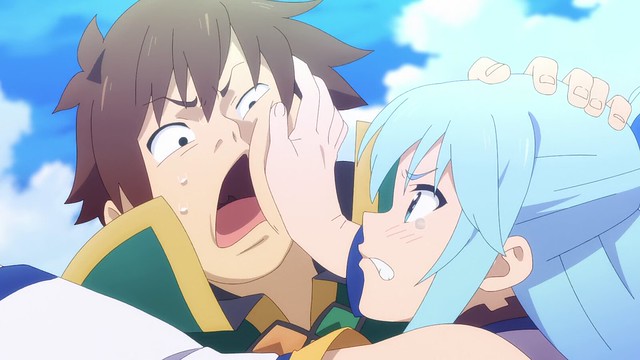 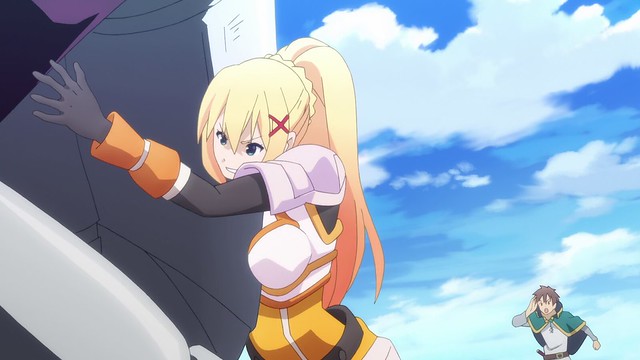 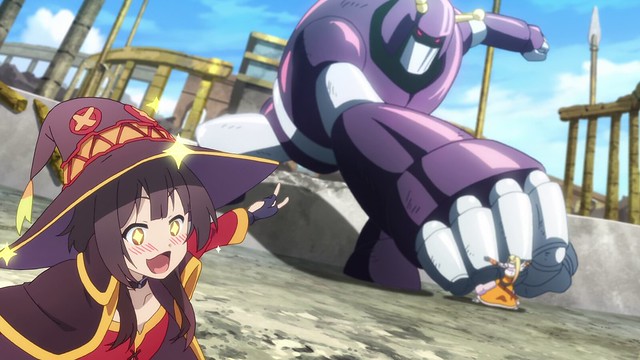 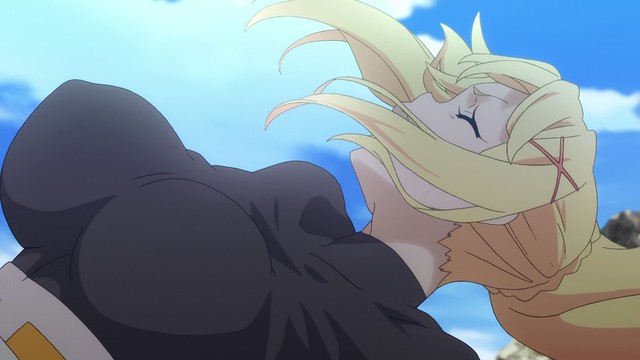 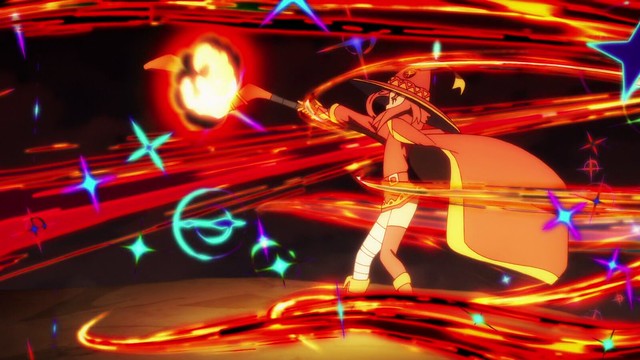 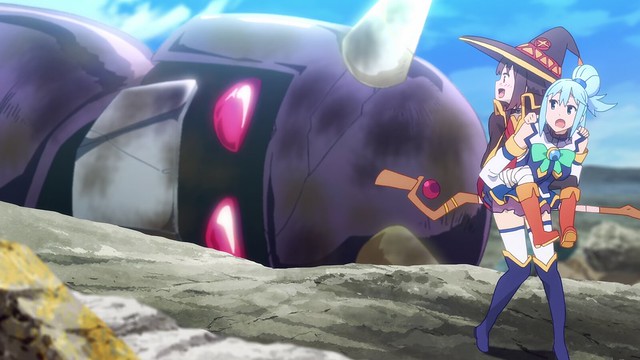 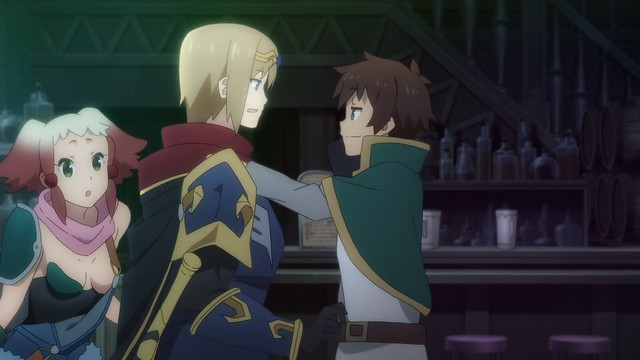 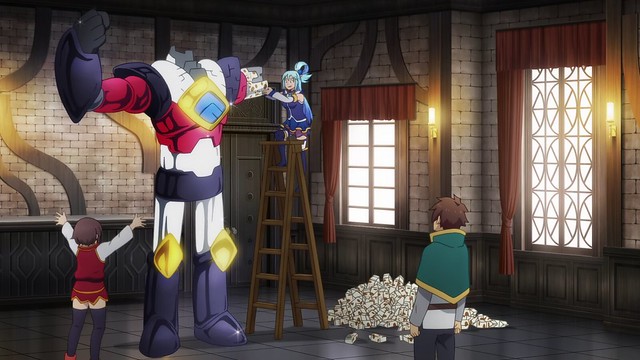 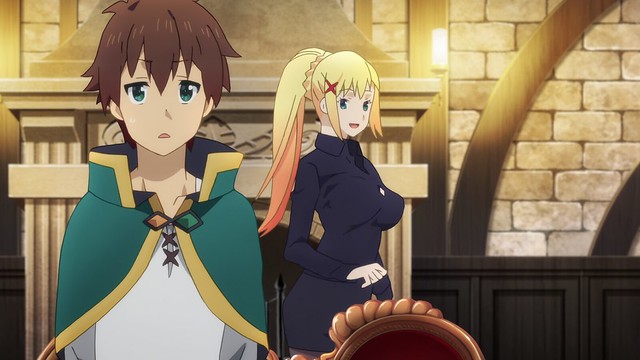 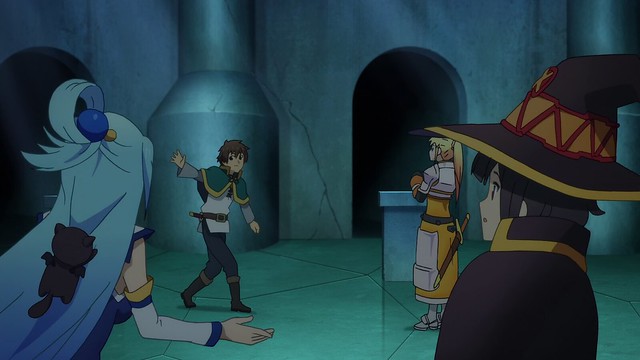 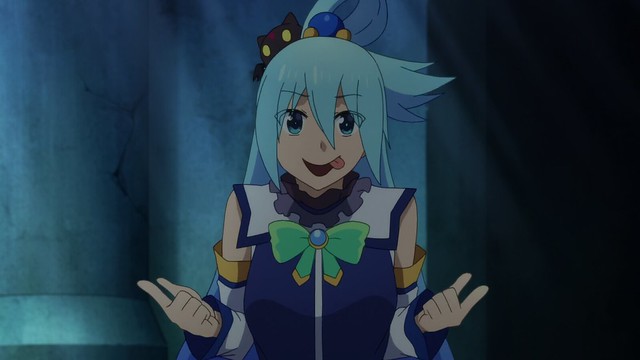 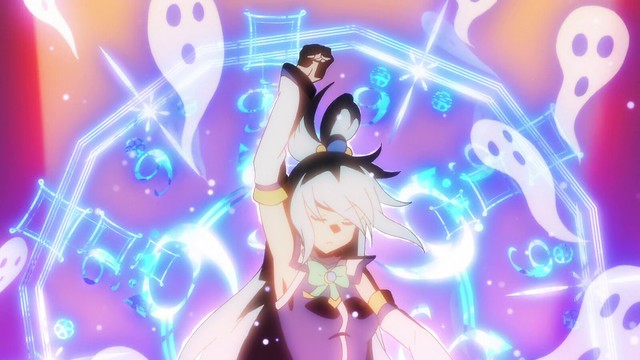 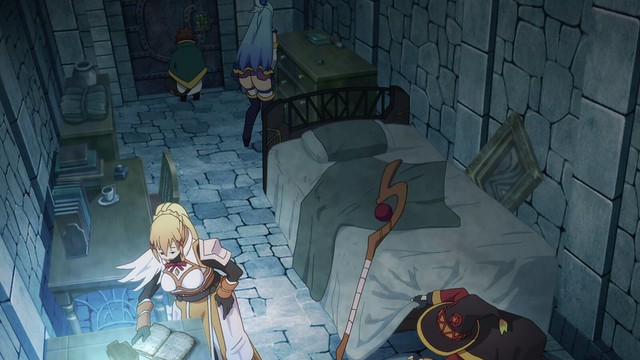 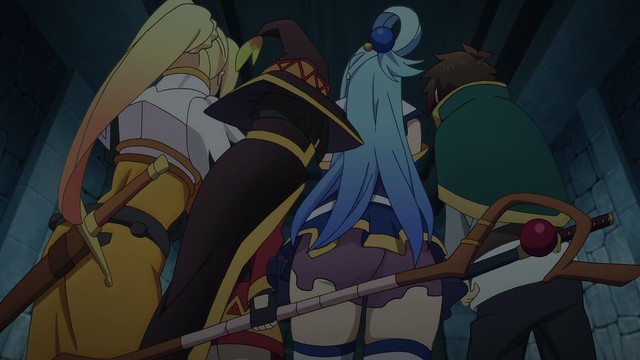 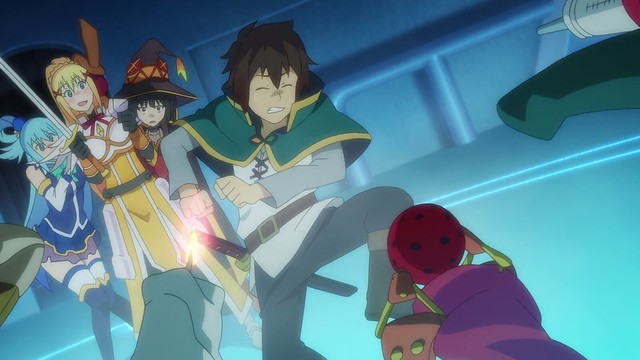 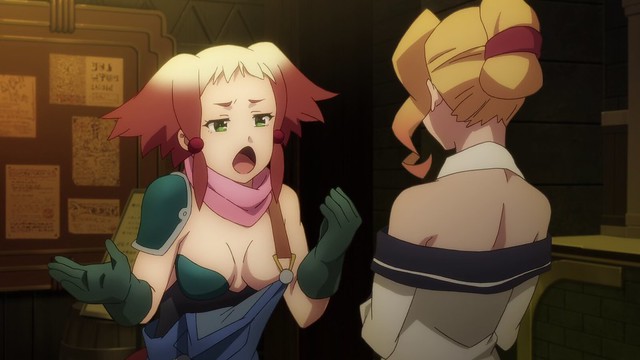 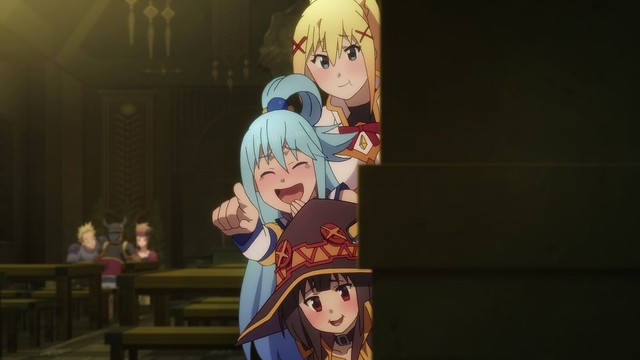 Despite its masterful use of comedy, KonoSuba manages to weave numerous other themes into its story that greatly enhance the series’ enjoyability, and when given the space to do so, KonoSuba demonstrates that it can strike a balance between world-building, character growth and comedy – the second KonoSuba OVA is superior to the first in this manner, using a quest to give Kazuma’s party more insight into the man behind the Destroyer, and also to remind viewers that despite his gripes, Kazuma’s party is far more valuable to him than he would care to admit. Insofar, Kazuma and his party have contributed to the destruction of two of the Dæmon King’s commanders (Verdia and Hans), and further, have removed at least one more (Vanir). With three kills under his party’s belt over two seasons, KonoSuba shows that in spite of their ineptitude and shortcomings, the unique synergy that comes together in Kazuma’s party, thanks in no small part to Kazuma’s cunning and ability to lead, gives him a fighting chance against the Dæmon King where others have previously been unsuccessful. While KonoSuba might be known for Aqua’s tantrums, Megumin’s explosions and Darkness’ perversion, as well as the ensuing humour, the series also demonstrates that it is set in a world rich with stories, and moreover, that the series isn’t going to squander the opportunity to entertain its viewers in more ways than just one.