“I never found the companion that was so companionable as solitude.” –Henry David Thoreau

When Rin arrives home from school one day, she finds her usual moped is gone, replaced by a Yamaha Tricity. She learns from her father that he’d taken her moped for maintenance work, and the workshop has given her a loaner. Because she had plans to camp that weekend near Hokuto, Rin decides to take the Tricity out. On the open road, she’s blown away by its handling and performance. Rin’s first destination is Enmei Hot Spring, where she soaks in the onsen before recalling a conversation she’d had with Ena earlier, who had mentioned that the trifecta of five minutes of warming up in a sauna, followed by a five-minute dip in spring water and then relaxing in the open air for five minutes has rejuvenating properties. Rin decides to give this a go, and finds that Ena was absolutely correct; she’s also left hungry by the experience, and sets off for lunch. She finds a restaurant named Takaoka and orders the tempura set, featuring a variety of tempura on rice with a side of miso soup and pickled vegetables. Lunch leaves Rin immensely satisfied, and she goes grocery shopping at Himawari Supermarket, purchasing local ingredients for her dinner. Marvelling at the Tricity’s performance, she heads off to her campground at Nyukasa JA House, a 32.5 kilometre journey. As night falls, Rin sets up camp and enjoys a delicious dinner of a bacon and eggplant and tomato sandwich with tomato soup. Under a starry sky, she reflects on the day and smiles, feeling that there is no better way to relax than by means of solo camping. Heya Camp△ had spent most of its run focused on Nadeshiko and the stamp rally that Chiaki and Aoi had put on for her, so Rin was largely absent from the proceedings, and so, in its OVA, Heya Camp△ allows viewers to follow Rin’s excellent adventure. The OVA is described as a bit of a sponsored programme with Yamaha, who wished to promote their Tricity line: a second generation was introduced in 2019 to address limitations the first generation model. Described as possessing exceptional stability and handling, but with a weaker engine for a vehicle of its size and requiring frequent maintenance, the Tricity has not seen the success Yamaha was hoping for. Rin’s experiences with the Tricity are decidedly positive: it is more powerful and stable than her own moped, and overall, the OVA presents a superbly relaxing experience.

Heya Camp△‘s OVA is an immensely peaceful experience that focuses on Rin, who had only made a few appearances during Heya Camp△ proper, and in this special episode, a sense of calm and solitude permeates the entire episode, giving viewers an experience of what constitutes as a trip that Rin considers ideal. While the Heya Camp△ OVA is prima facie a gentle journey, the OVA demonstrates Rin’s growth ever since meeting Nadeshiko: specifically, she’s become a bit more open-minded and flexible. Right out of the gates, Rin’s plans to camp are surprised with a new bike, and she decides to roll with it, immediately finding it to be a fun experience. At the onsen, Rin takes up Ena’s suggestion to try a relaxation technique and is pleasantly surprised at the outcomes, despite the painful cold of the spring water bath. When Rin goes shopping for groceries, her only criteria are that the dinner has to be light and something she can prepare without too much trouble. She ends up picking some local ingredients and using her pie iron, whips up a delicious sandwich. It’s a journey of new discoveries rolled in with the atmosphere that Rin is so fond of. While Rin indisputably enjoys the solitude and quiet of solo camping, the trip that she takes in the Heya Camp△ OVA was one that was filled with surprises, and Rin seems more able to roll with new experiences now to a greater extent than seen in Yuru Camp△. Where Heya Camp△ indicated that Nadeshiko is now more familiar with the Yamanashi area and able to take a more proactive approach in inviting Rin to accompany her and the Outdoors Activity Club, the OVA shows that Rin’s become a bit more open-minded, as well, which sets the stage for what is to come during season two of Yuru Camp△, which was formally announced back in March, shortly before Heya Camp△ concluded. Character growth corresponds with being able to explore new directions, and it will be excellent to see what new adventures awaits a group of friends brought together by their love of Mount Fuji and the outdoors. 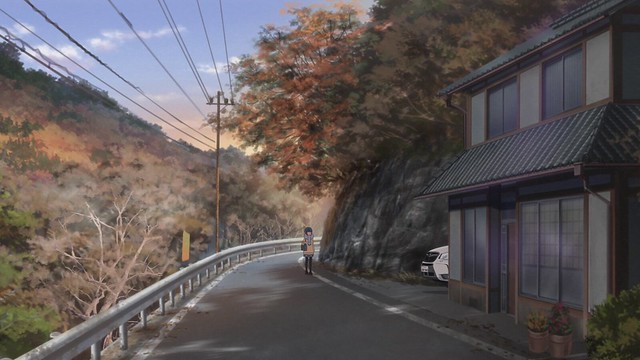 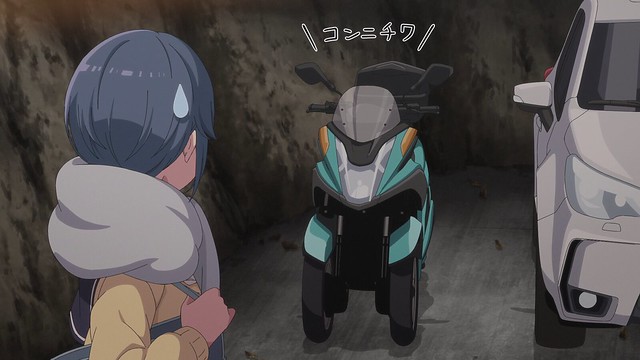 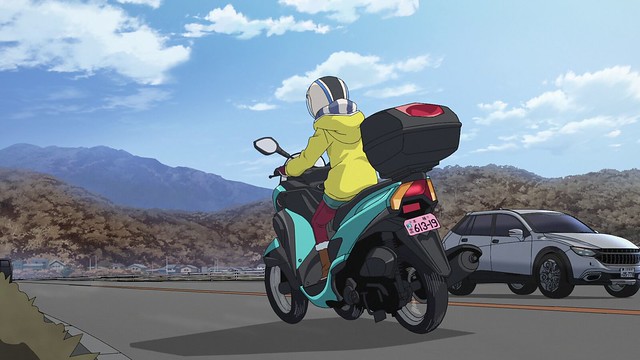 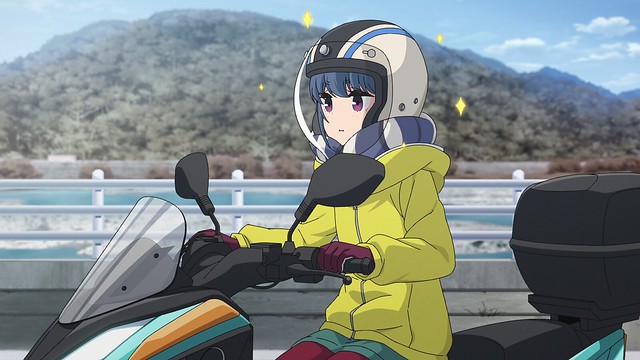 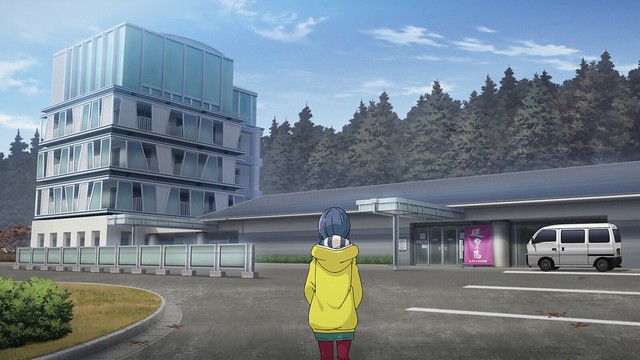 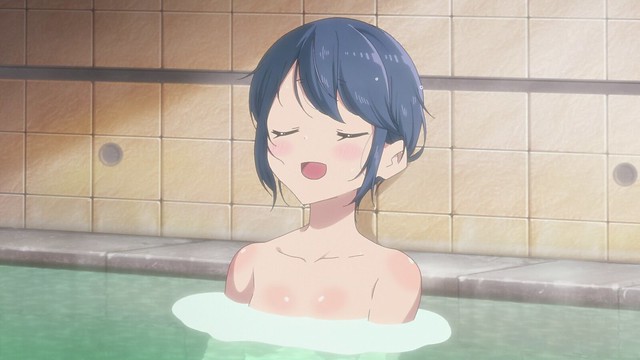 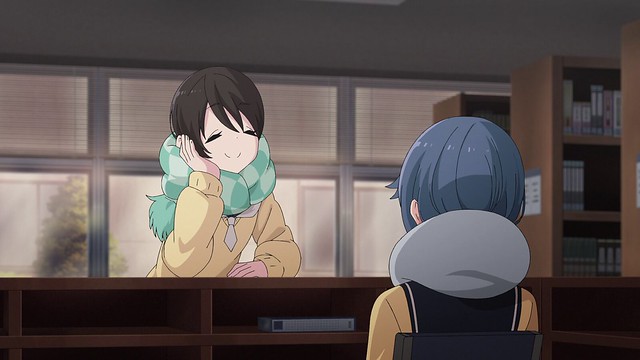 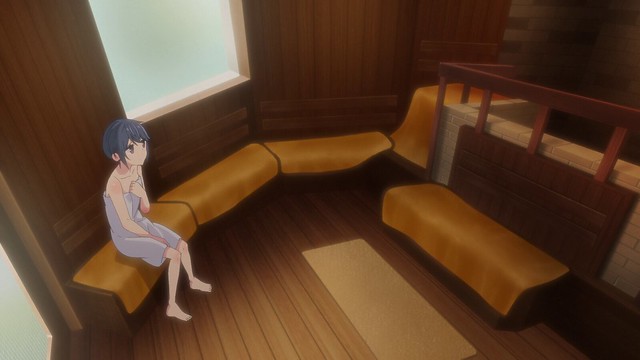 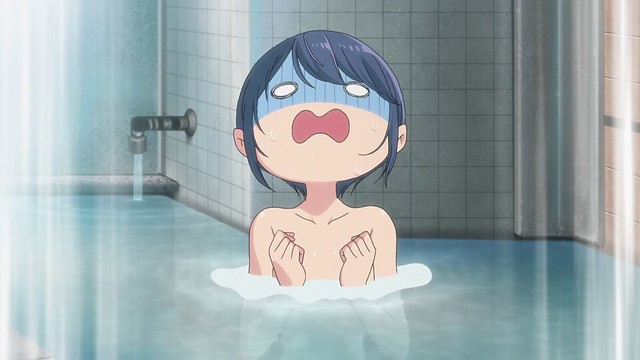 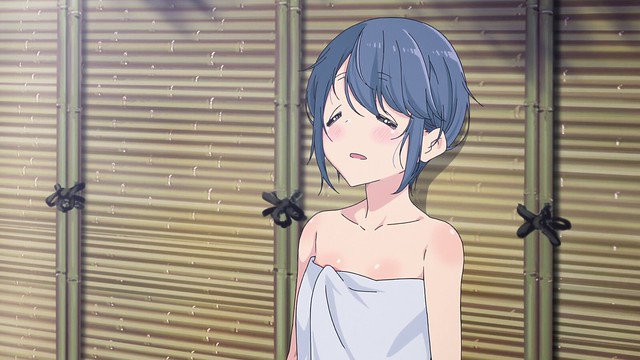 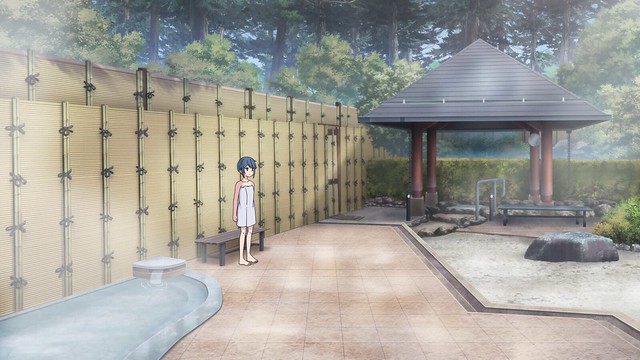 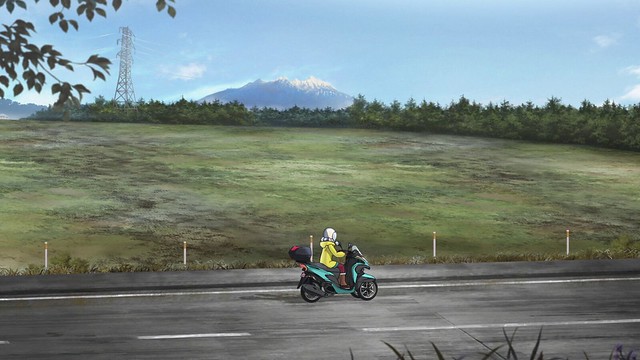 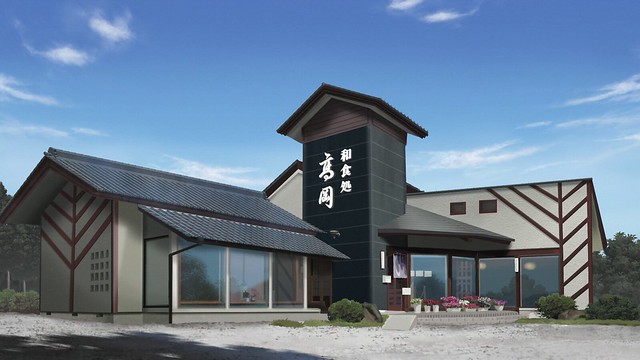 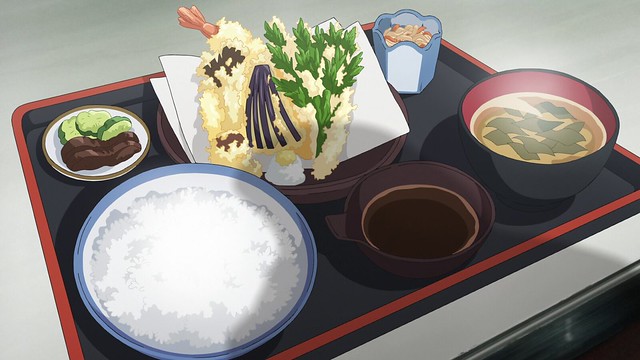 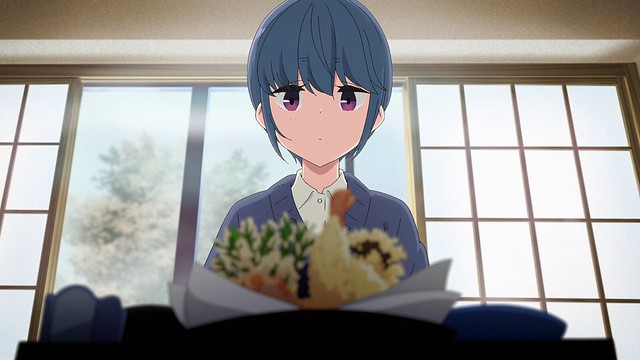 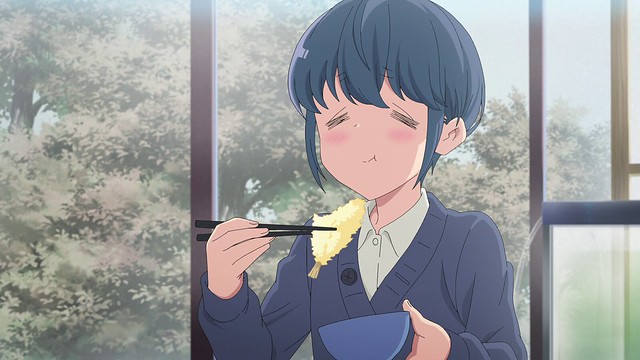 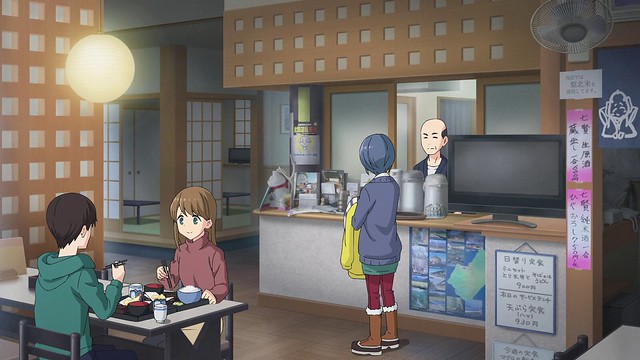 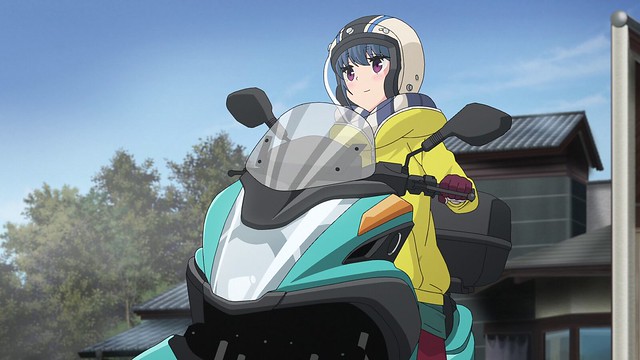 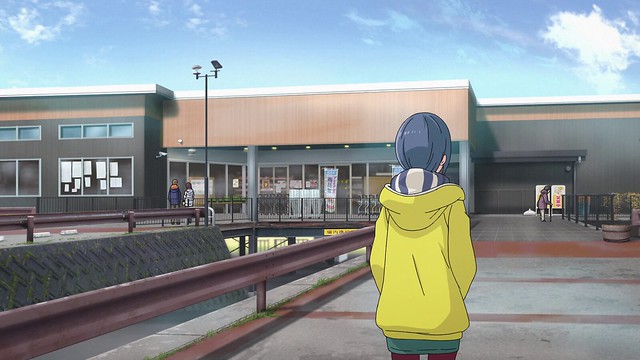 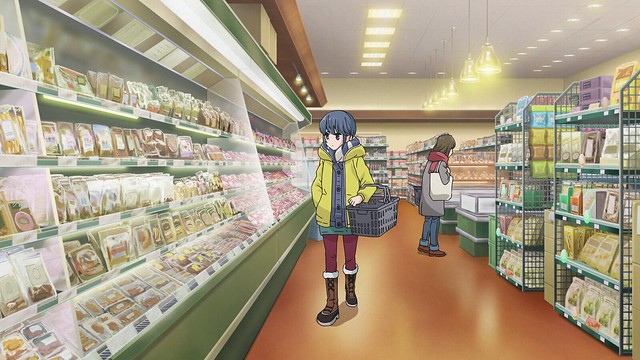 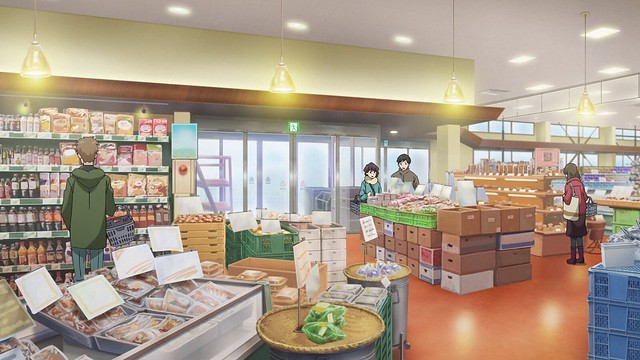 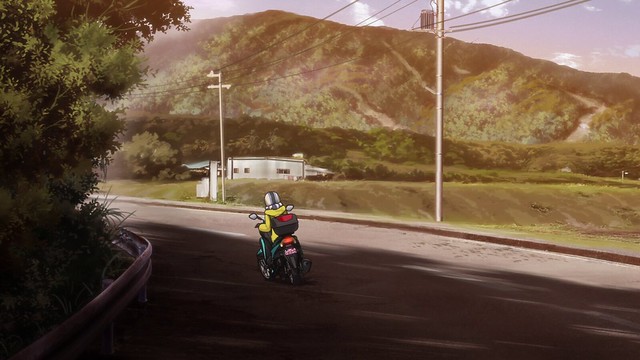 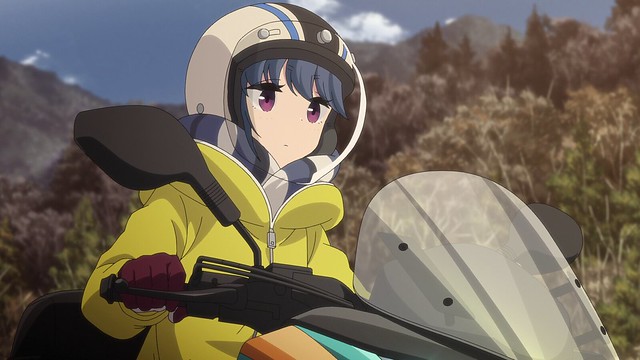 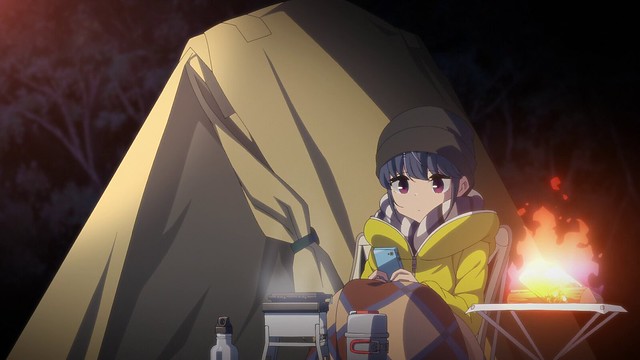 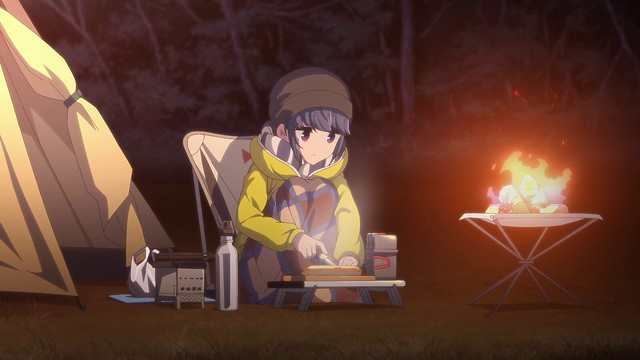 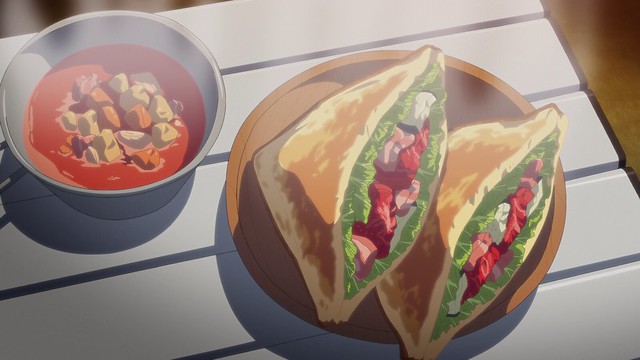 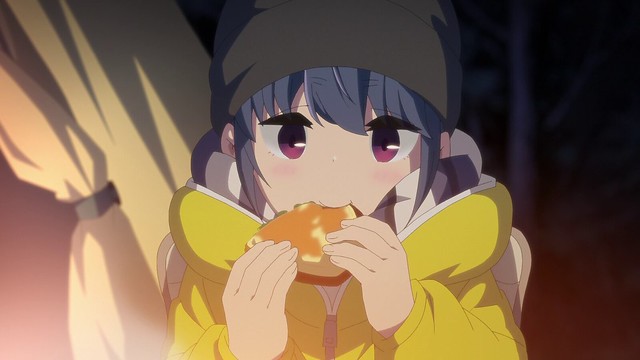 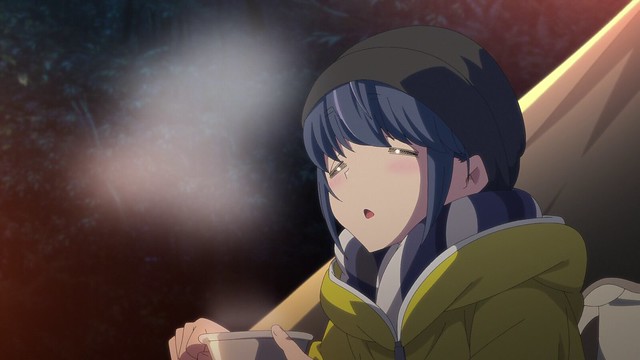 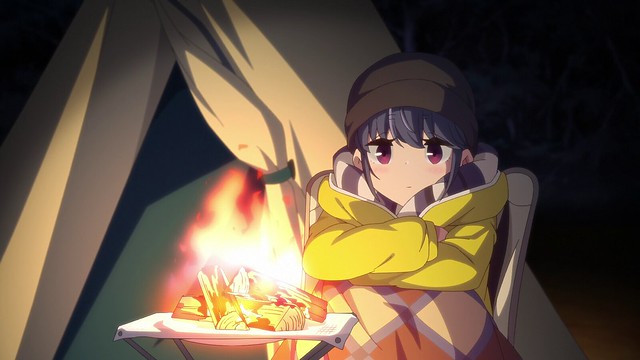 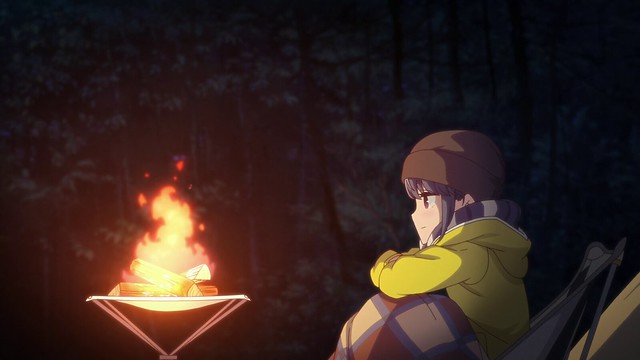 Throughout Yuru Camp△, the girls have only camped during the autumn and winter; Rin had previously stated that this is her favourite time of year because the cooler weather means fewer crowds and a lack of insects. Similarly, since Nadeshiko met Rin, she’d been so excited about camping that she immediately began camping with Chiaki and Aoi in the Outdoors Activity Club during winter, becoming familiar with the specifics behind winter camping, from bringing a good camping pad to keep warm and appreciating the importance of dressing in layers, having the right sleeping bags and carrying a few warmers. Yuru Camp△ was a great success in portraying winter camping, as well as the journey it took get Rin to consent with camping with Nadeshiko and the others during Christmas. As such, the realm of summer camping is territory that Yuru Camp△ has yet to explore, and with the first season concluding with Rin and Nadeshiko meeting one another at Koan Campground by Lake Motosu by spring, the second season will pick off where things left off with the first season: Nadeshiko and the Outdoors Activity Club are doubtlessly open-minded and have no qualms with camping by summer, so it will likely take some effort to convince Rin of doing the same with them, and along the way, both Rin and the Outdoors Activity Club will share new experiences, with a few new characters in tow as well. With Yuru Camp△‘s second season set to air in January 2021, excitement for the series is building despite the fact that the second season is still a half-year away. Fortunately, with Heya Camp△ breaking things up, the wait does not feel to be an inordinate one, and given how consistent Yuru Camp△ and Heya Camp△ have been, it should be apparent that the second season will be an absolute joy to watch.