Portal 2: A Reflection and Recollections of the Perpetual Testing Initiative

“All right, I’ve been thinking. When life gives you lemons, don’t make lemonade. Make life take the lemons back! Get mad! I don’t want your damn lemons! What am I supposed to do with these?! Demand to see life’s manager! Make life rue the day it thought it could give Cave Johnson lemons! Do you know who I am?! I’m the man who’s gonna burn your house down! With the lemons!” –Cave Johnson

Chell finds herself pulled out of stasis by the AI Wheatley, who informs her that the Aperture Science facility has fallen into a critical state and that they need to escape. Leading Chell through old test chambers, Wheatley attempts to work out a plan while Chell locates a portal gun. However, they inadvertently reactivate GLaDOS, who separates the two and sends Chell into a series of test chambers to continue on with where they’d previously left off. When Wheatley figures he’s got a solution, he creates a distraction, allowing Chell to escape into the maintenance passages beyond the test chambers. Chell sabotages the turret production line and disables the neurotoxin generator before heading off to face GLaDOS, successfully inititing a core transfer. Wheatley takes over Aperture Science’s main system and places GLaDOS in a potato battery powered CPU. However, he reneges on his promise to send Chell to the surface, and when GLaDOS reveals Wheatley was designed to inhibit her, he throws the pair into a shaft leading into the bowels of Aperture Science. Making her way through the old Enrichment Spheres, Chell learns that Aperture Science was once a shower curtain manufacturer for the military and received an incredible amount of funding to test their products. Helmed by Cave Johnson, Aperture Science began exploring the realm of science with a reckless abandon, and over time, the company began failing even as Johnson started developing an illness from testing products on himself. His final act was to transfer control of the company to his assistant, Caroline. When Chell reunites with GLaDOS, the two set their differences aside to return to the upper levels and stop Wheatley from destroying the facility. GLaDOS reveals that she has Caroline’s memories and begins opening up to Chell. Upon their return, Chell makes her way through Wheatley’s test chambers to stall for time and manages to elude his crude traps, eventually returning to GLaDOS’ main body. She manages to change out the personality cores and places a portal on the moon, sending Wheatley into the depths of space. Back in control, GLaDOS stabilises the facility and decides to let Chell go, figuring that killing her is too much effort. Wheatley laments his decision to betray Chell and wishes things were different. This is the adventure that Chell goes through in Portal 2, the 2011 sequel to 2007’s acclaimed Portal, a highly innovative and remarkable puzzle game built in the Source Engine with Half-Life 2 assets.

In contrast to its predecessor, Portal 2 is much livelier, and although Chell is exploring an abandoned, derelict Aperture Sciences, Portal 2 never had the same sterile, cold feeling that Portal did. Portal 2 explores a greater range of Aperture’s constructions, and in doing so, also explores a greater range of emotions. Wheatley provides an endless supply of comic relief, driving players forward with an improvisational tone even when he does take over Aperture and develops GLaDOS’ old tendency to want to kill Chell. When she falls into the depths of Aperture Science, Cave Johnson’s old recordings give insight into a once-brilliant mind and his fall from grace. The ruins of the old facility are the only remainders of his legacy, giving the entire area an air of melancholy. GLaDOS is a more multi-dimensional character, carrying out her directive per her programming but also recalling that she was once human and coming to understand why Chell chose to act the way she did. The characterisation creates a much richer experience that ultimately tells a story of regret and longing, as well as coming to peace with what has come to pass, set in the cavernous interior of Aperture Sciences. Besides an enriched story, Portal 2 features all-new mechanics to properly differentiate itself from its predecessor and Half-Life 2. Aerial faith plates propel players to new heights from fixed points, thermal discouragement beams require careful placement to activate exits, hard light bridges to reach distant points, special gels encourage lateral thinking to help players pass otherwise impassible areas, and excursion funnels provide a thrilling way of transporting player and materials across chasms. Like its predecessor, players must use a combination of their knowledge of previous mechanics to devise solutions for clearing different areas, and as Chell edges closer to escaping Aperture Science, she learns more about its storied past. In this way, Portal 2 and Portal share the same relationship that Halo 2 and Halo: Combat Evolved shared; both sequels participate in extensive world-building that enriches the player’s experience of the world, at the expense of the suspense created through the minimalist story-telling of their predecessor. In addition, the sequel’s introduction of new mechanics also changes the strategy players take in completing the game – in the case of Portal 2, the new mechanics cement the notion that the game has evolved into a separate entity from Half-Life 2 with its own distinct elements, but it also creates the caveat that some areas must be cleared a certain way, which restricts players’ freedom to solve puzzles in their own way. 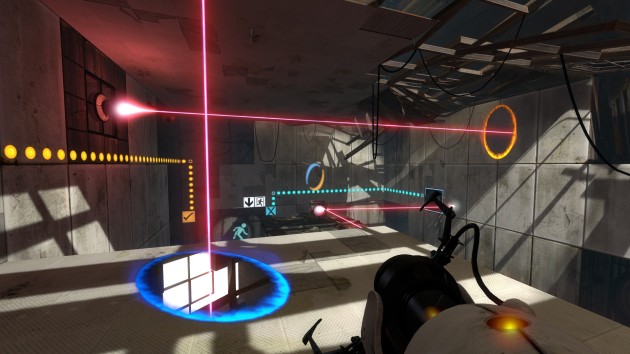 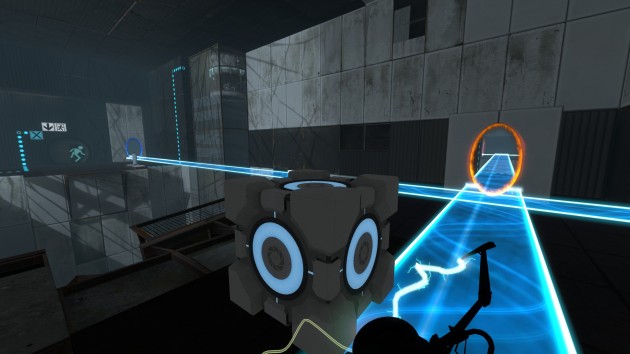 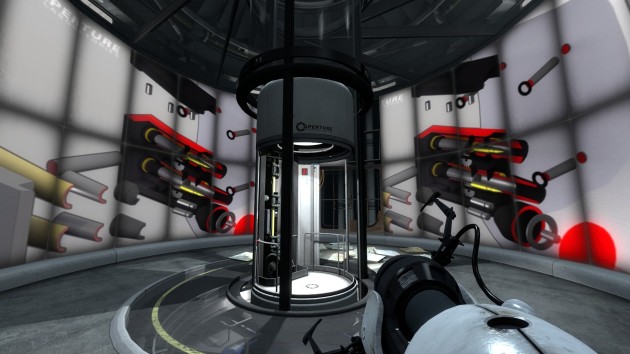 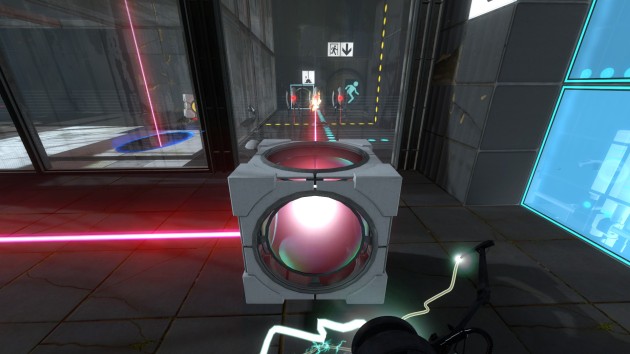 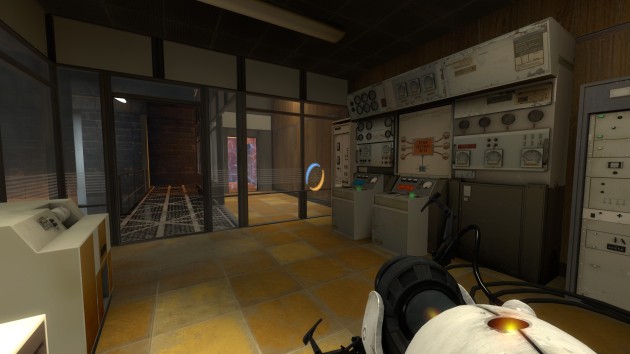 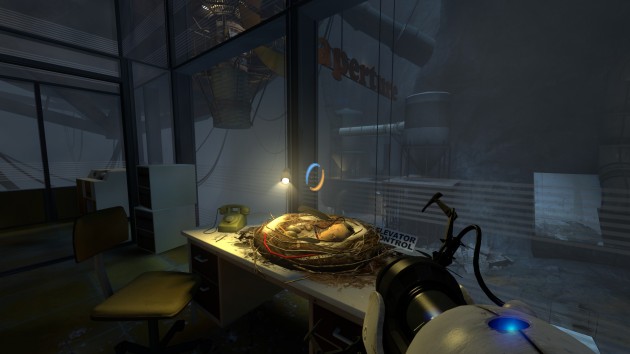 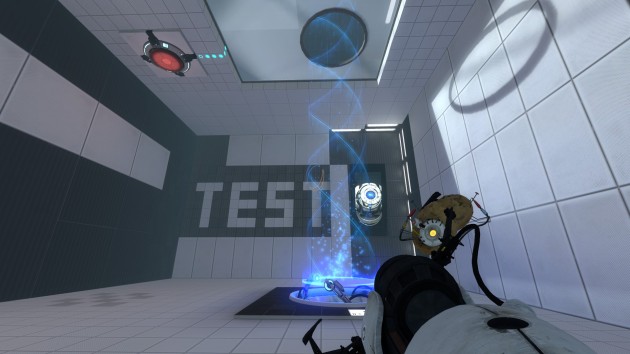 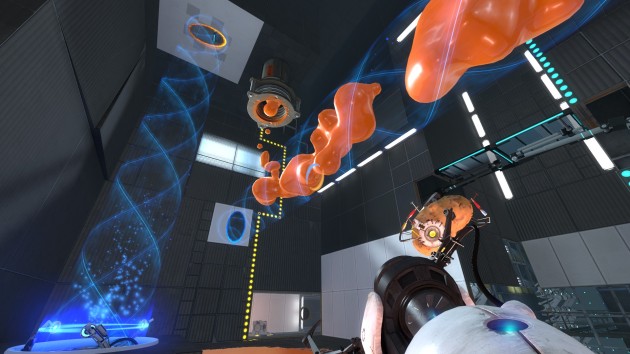 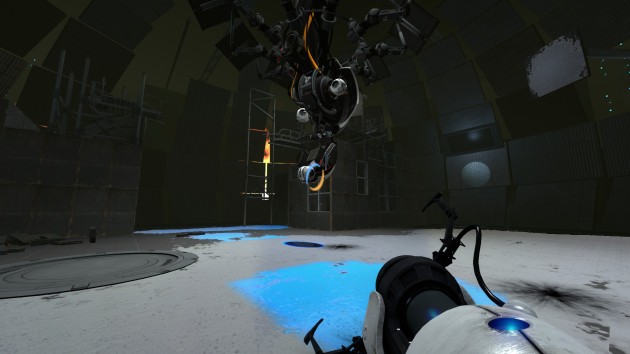 Being more extensive than Portal in every way, Portal 2 ultimately is an immensely enjoyable and immersive experience overall. In particular, I was most fond of the game’s midsections, which sees Chell explore the abandoned ruins of the old Aperture Science. The sheer scope and scale of the old Enrichment Spheres are a monument to Aperture Science’s hubris: Portal 2 demonstrated that level design and voice acting alone can tell an incredibly compelling story: Cave Johnson himself never appears, having long died from being poisoned by the moon dust used in creating portal-conducting surfaces, but old heirlooms and artifacts do much in filling in the gaps. Together with the derelict state of the old facilities, one really gains a sense of the hopelessness and desperation Johnson had to bring back the glory days even as Aperture Science fell further into ruin. These missions are reminiscent of exploring haikyo: although the walls of abandoned buildings might not speak, an entire story lies beyond their silence, told in stone and mementos alike. Altogether, Portal 2 places a much greater emphasis on the human elements of the series compared to its predecessor, which, while succeeding on the merits of its simplicity, left many questions unanswered. Portal 2 answers some of these questions and suggests that behind the events of Portal, there was a human element to things, which help players to really understand the dangers of an unchecked desire for progress. Together with areas that capture the scope and scale of Aperture Science, moments that help characters grow, and a generally livelier atmosphere, Portal 2 represents a novel direction for Portal that adds nuance to the series, and while its story leaves players no closer to understanding the role Aperture Science and the Borealis plays in Half-Life 2, does offer closure for those who had lingering questions after completing Portal.