Houkago Teibou Nisshi: Eging, Episode Four Impressions and Returning to the Diary of Our Days at the Breakwater

While the Breakwater Club clears away dinner after enjoying the flathead Hina had caught, Yūki convinces Hina to consider purchasing a jacket, which would allow her to participate in club activities regardless of the weather. The next day, the girls visit a fishing goods store, where Hina sees a hat she likes, but doesn’t have the funds to purchase both the hat and a jacket that catches her eye. Natsumi ends up gifting the hat to Hina. Excited to go fishing, Hina helps Natsumi and Yūki set up lures for eging (squid fishing) and then head to the breakwater once Makoto arrives. Natsumi teaches Hina how to move her lure in a convincing fashion, but loses her lure when it’s caught on something. Afternoon turns to evening, and ultimately, Makoto manages to catch a squid. As they reel it in, the squid sprays Hina with ink, and Makoto demonstrates how to swiftly kill the squid prior to consumption. Rather than disgusted, Hina feels it to be quite interesting to see how the squid changes colour, and partakes with the others in enjoying freshly-caught squid sashimi. Houkago Teibou Nisshi is now back, a full three months after the global health crisis and flooding in Japan delayed the series’ airing, and with the fourth episode in the books, this anime looks to be the perfect series to accompany a hot summer day and its blue skies.

Having now picked up a new jacket and hat, Hina is beginning to find herself more at home with Natsumi, Yūki and Makoto at the Breakwater Club. While the prospect of catching larger fish still intimidates her, Hina’s steadily acclimatising to the sights and sounds of picking up a fishing rod and preparing for a day on the breakwater. Her old hobbies also come in handy, allowing her to efficiently set up an egi (a prawn-shaped lure) for squid fishing, and with new gear, Hina’s become more enthusiastic about catching things. Similarly, after the shock of having to kill the flathead earlier, Hina’s also beginning to understand the importance of being decisive. After seeing Makoto kill the squid she’d caught, Hina comments that it’s a little sad, but also interesting to see the squid change colours on death. These subtle changes show that with time, Hina’s adjusting to the activities at the Breakwater Club, and as Houkago Teibou Nisshi continues, her old fears will likely be displaced by experience, as well as an attendant confidence. This sets the stage for Houkago Teibou Nisshi to explore different kinds of fishing and in doing so, provide a modicum of insight into the different sorts of things that can be caught in Japan. 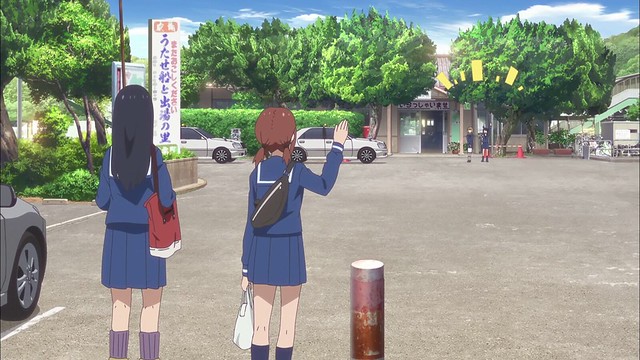 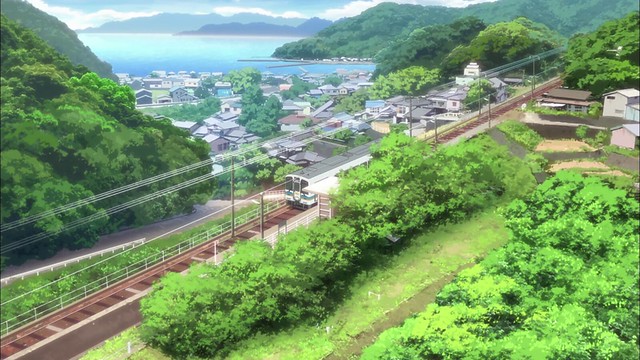 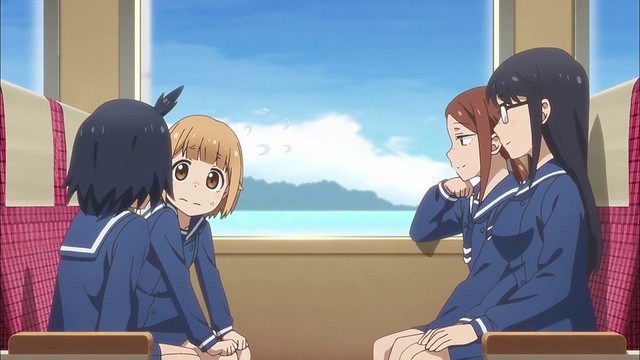 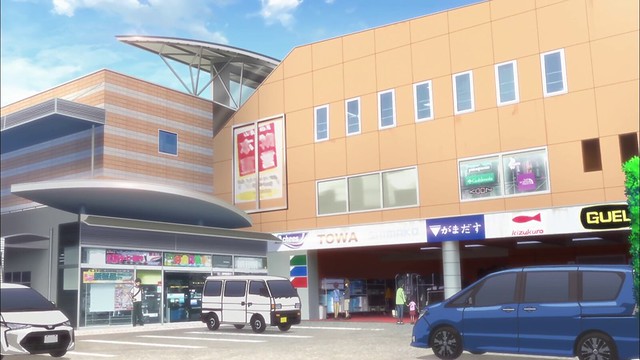 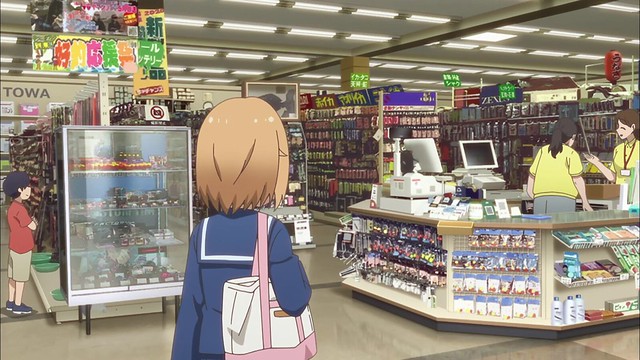 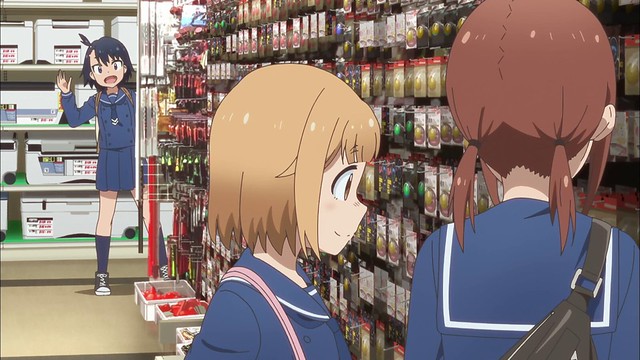 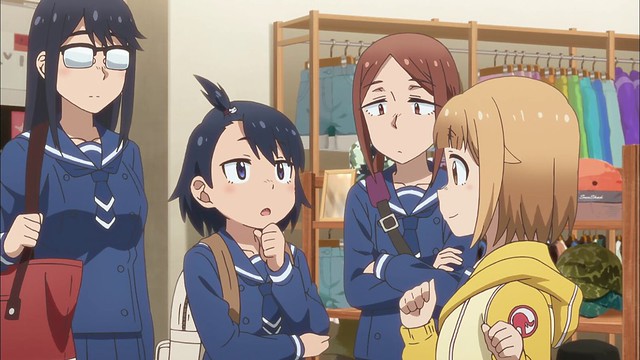 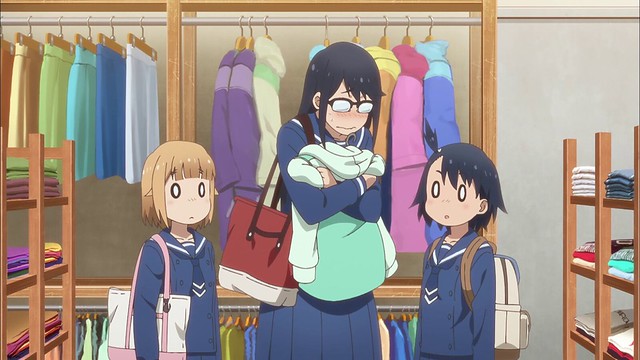 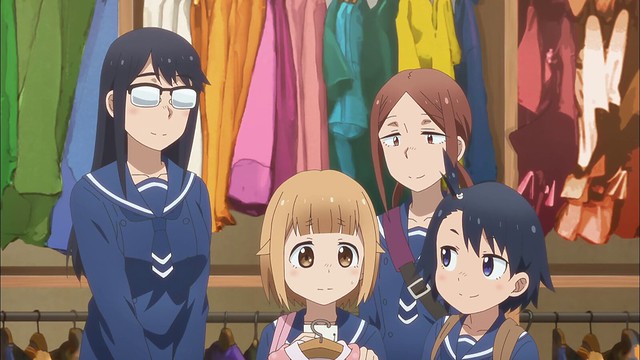 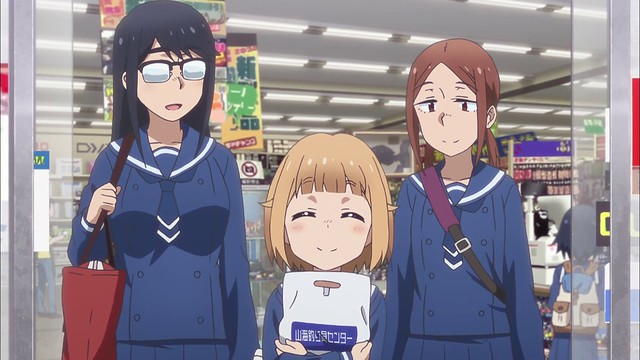 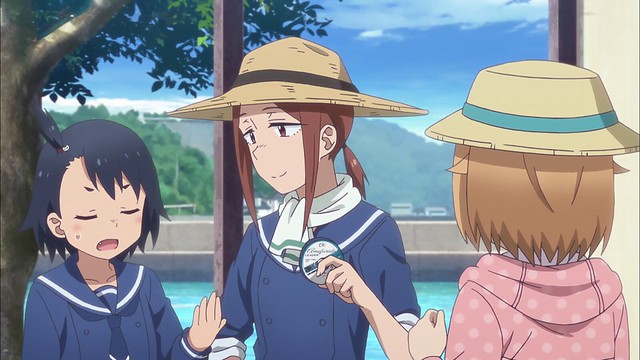 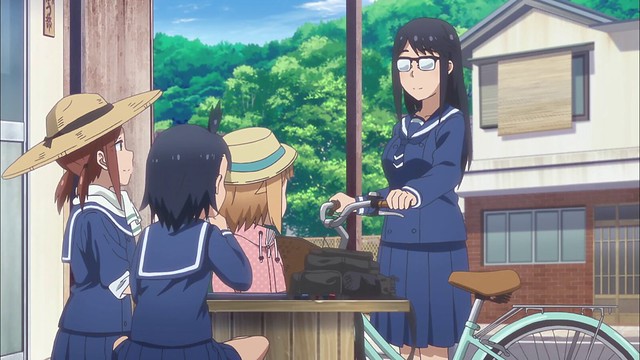 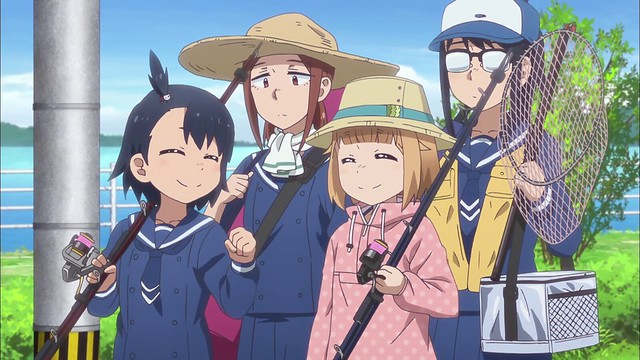 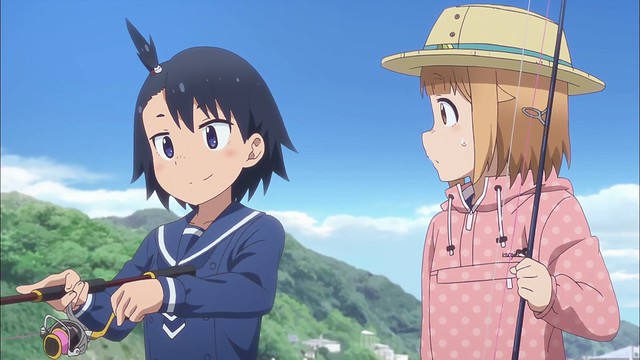 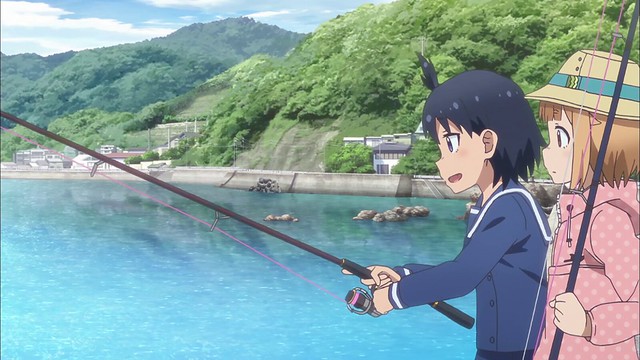 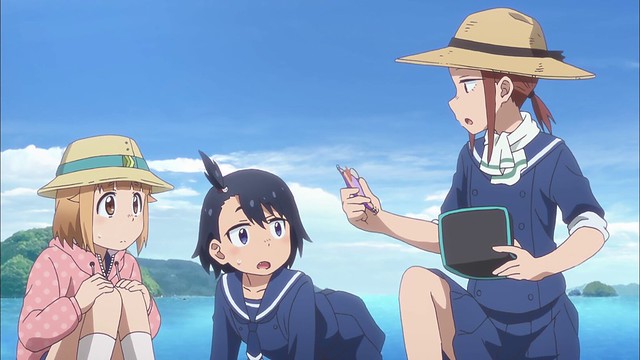 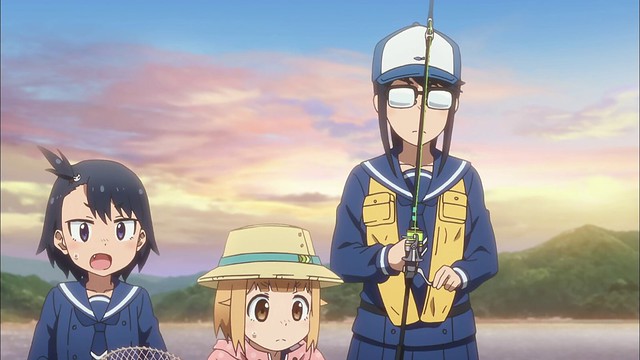 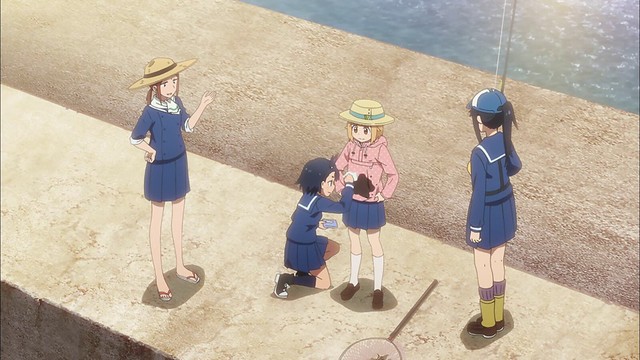 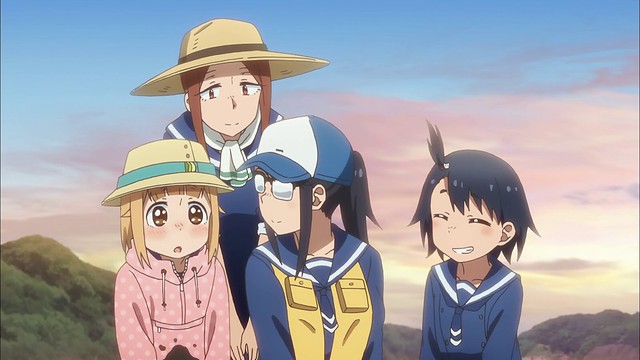 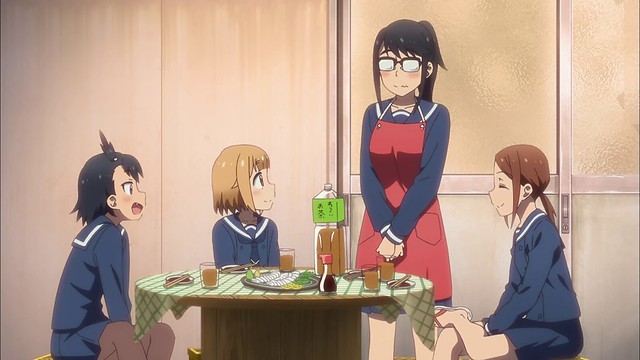 Houkago Teibou Nisshi may not be a novel anime by any stretch, but insofar, the series has been successful in portraying the nuances of fishing. Since Hina is a novice, this gives the series a chance to explain, though Natsumi, Yūki and Makoto, the techniques behind how to prepare lures, cast a line and swiftly kill a catch to maximise freshness. The educational piece adds realism to Hina’s experiences, which, when coupled with the anime’s solid, artwork, a fantastic soundtrack and an interesting cast of characters whose interactions are charming, creates a cathartic series that encourages viewers to enjoy the moment. Slice-of-life anime with an increased emphasis on the technical details behind a particular discipline need to strike a balance between depicting the activities with an appropriate level of detail and advancing character growth: series such as Yuru Camp△, Koisuru Asteroid and Yama no Susume are instances where this balance has been achieved, resulting in an anime that viewers found agreeable. After four episodes, Houkago Teibou Nisshi looks to be headed down the same route, and I’m confident that viewers, independently of their personal experience in fishing, will find this series to be a superb accompaniment through the remainder of this summer season.