2 Comments Posted by infinitezenith on August 22, 2020

“There’s no shame in saying you’ve lost a step. The only shame would be not admitting it until it’s too late.” –Gareth Mallory, Skyfall

Sachi Koyama is an first year high school student living in Iwaki. Ever since the Tohoku Earthquake in 2011, she’s become distant from those around her, but having played the violin as a child, she’s come to pride herself on being a proficient player. Each day after practise, she enjoys a quiet walk down to the bus station for the long ride back home, where she admires the quiet countryside and striking sunsets. Sachi comes to notice a quiet boy boarding the bus a few stations later, and one day, is surprised to see him at her bus stop. It turns out he is a student from another school, and that he’d come to find a fantastic landscape to sketch for his club activities. After their first encounter, the boy introduces himself as Yūsuke Kijinami. Despite her best efforts, Sachi cannot stop thinking about him, and takes up his invitation to help him find a scenic location to sketch. Sachi and Yūsuke exchange contact information and, little by little, the two become closer. Sachi later learns that Yūsuke had lived in the region afflicted by the Tohoku Earthquake in 2011 and was forced to evacuate. Over time, Yūsuke became separated from his first love, regretting that he never got to express his feelings to her. Worried about her own feelings, Sachi nonetheless attempts to invite him to her school’s string recital. Having put in an earnest effort in practising, Sachi and the strings club put on a moving performance. In the aftermath, Sachi and Yūsuke head to the roof for a private talk, where Yūsuke explains that he’s come to fall in love with Sachi. She is moved to tears and responds that she returns his feelings. Hakubo (薄暮, Twilight) is a film that dates back to June 2019. Dealing with adolescent love, Hakubo was produced by Yutaka Yamamoto, a rather controversial director who had worked on the Tohoku Trilogy (of which Wake Up, Girls! is a part of alongside the five minute short, Blossom), a charity programme for relief efforts following the Tohoku Earthquake. Yamamoto announced that this would be his final project in animation, and Hakubo brought back character designer Sunao Chikaoka, who’d previously worked on Wake Up, Girls!.

At its core, Habuko represents a fitting conclusion to the Tohoku Trilogy, which had been intended to raise awareness of the Tohoku region and the devastation that resulted from the 2011 earthquake. The love story between Sachi and Yūsuke represents optimism towards the future, that from the destruction and endings, comes rebirth and hope. Yūsuke’s story acts as a metaphor for the Tohoku region. The earthquake uprooted countless lives and forced residents to relocate, driving them apart. Yūsuke’s first love, then, is analogous to his original home: much as he still regrets not expressing his feelings for her then, Yūsuke retains a nostalgia for his old home. When he meets Sachi, he explains that his love of painting and photography comes from a desire to preserve memories of a place. However, over time, the present and future begin to overshadow the past; despite him and Sachi both hitting a rough spot, a new love begins to blossom. In accepting Sachi’s feelings, Yūsuke also implicitly accepts his new home, as well: much as he’s moving on from his first love and pursuing a new relationship with Sachi, he’s also embraced the beauty of his new home. Hakubo thus suggests that for Tohoku’s residents, they’ve also begun to acclimatise to their lives, finding new meaning and connections amongst their community in spite of their losses – speaking to the resilience of people, both Yūsuke and Tohoku’s residents have adapted and found a way to continue against adversity, discovering new joys in the process. 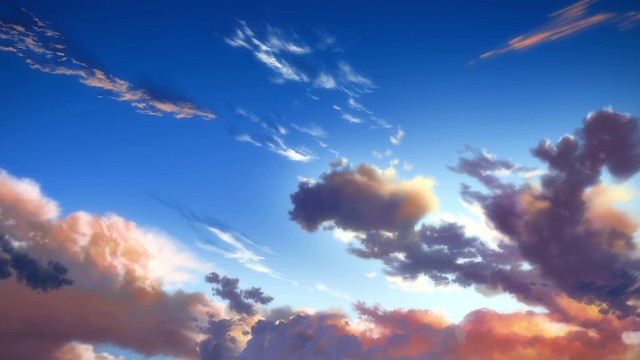 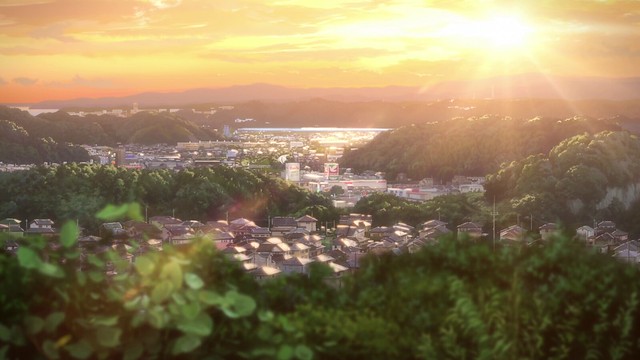 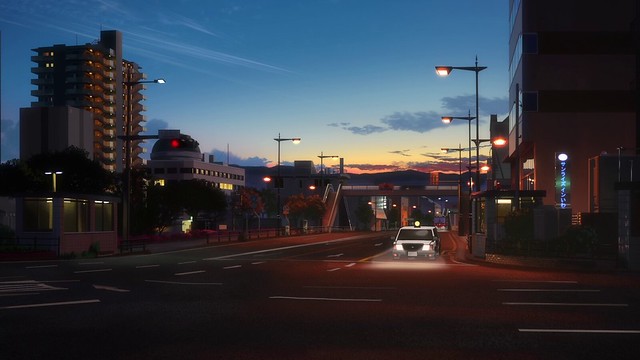 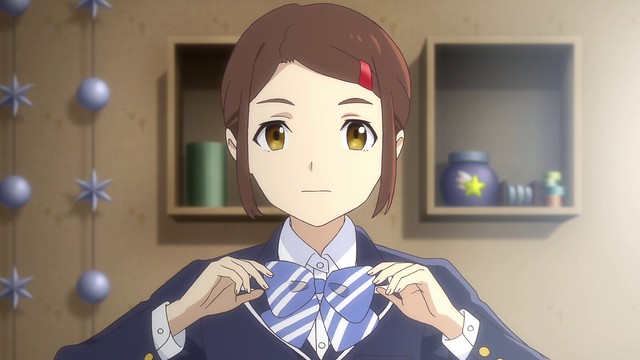 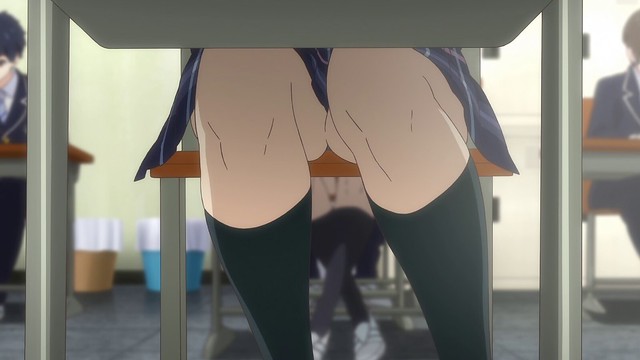 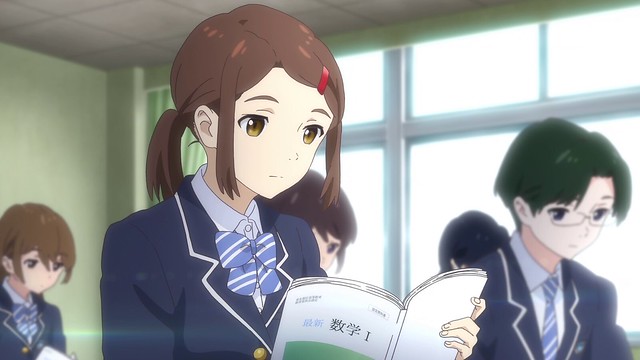 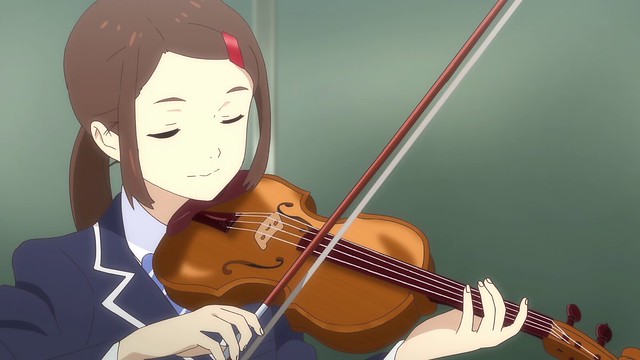 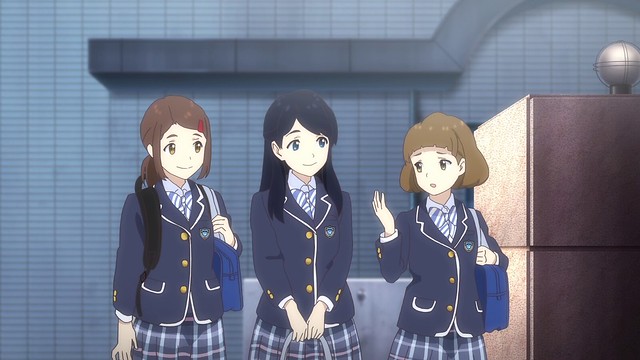 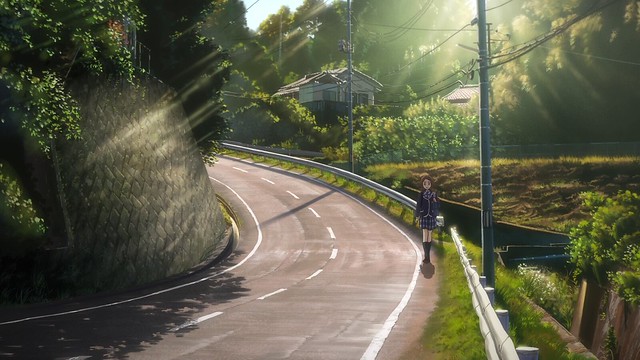 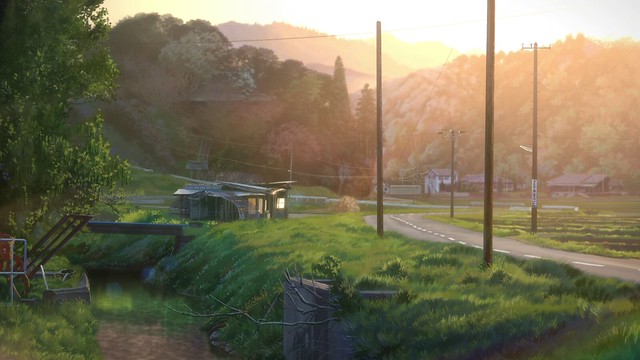 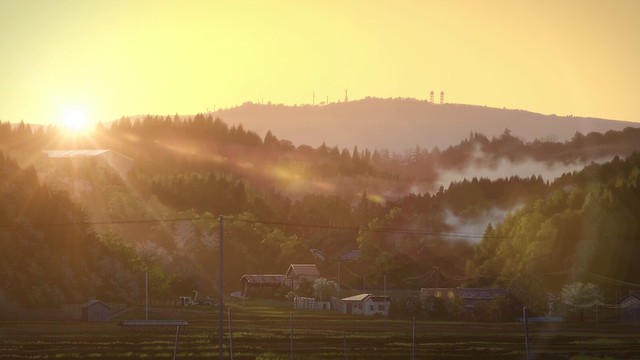 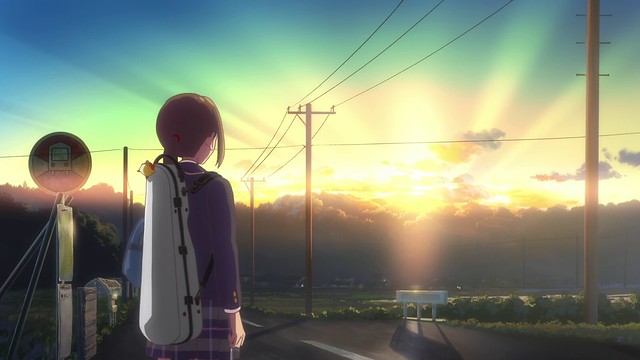 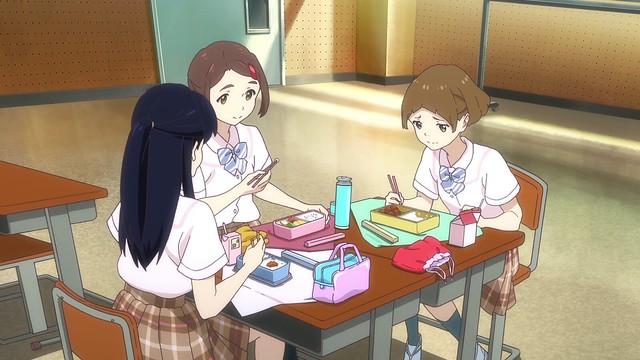 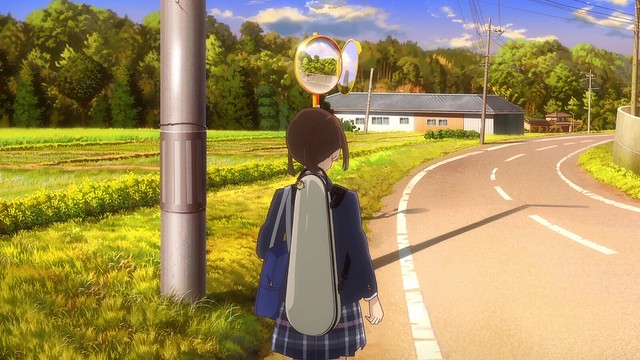 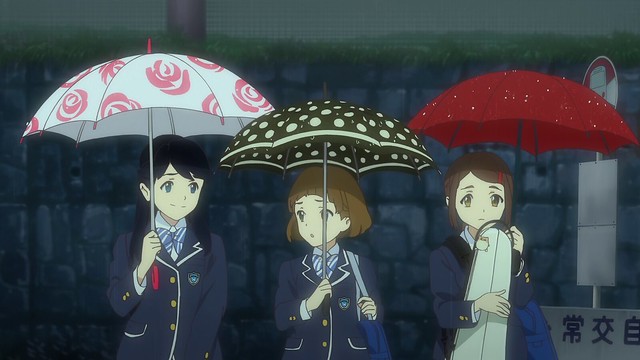 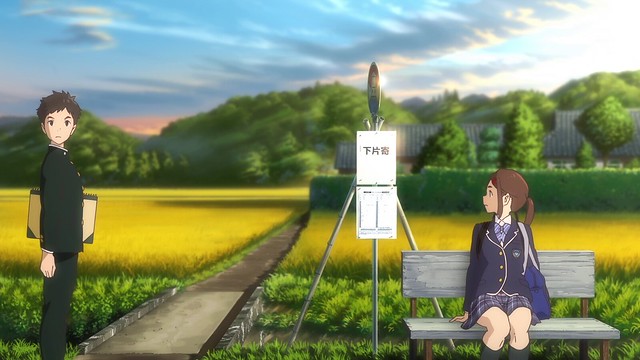 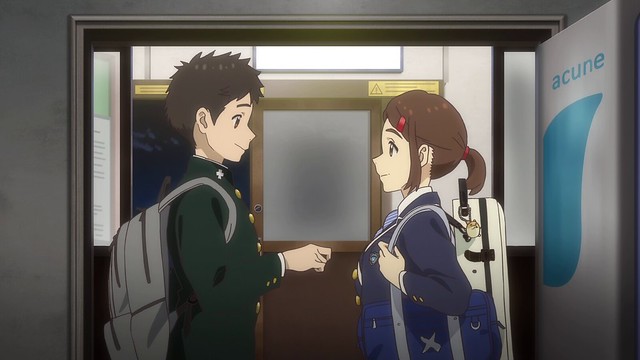 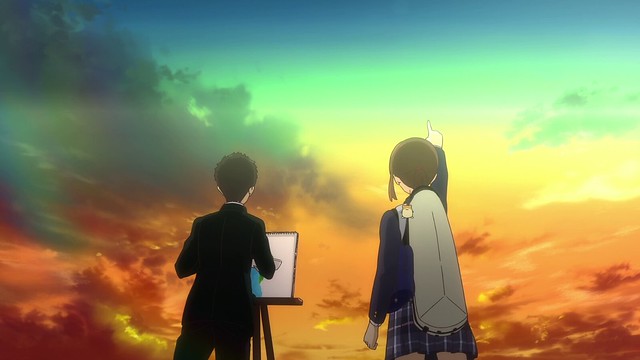 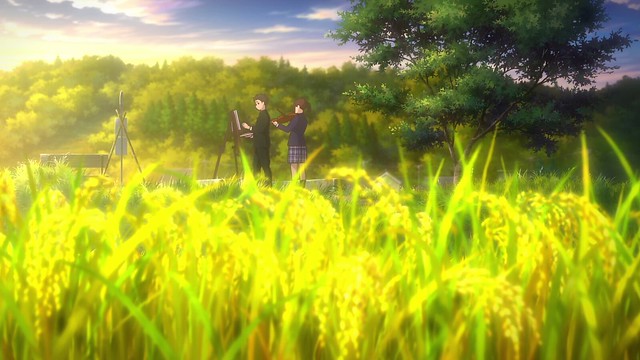 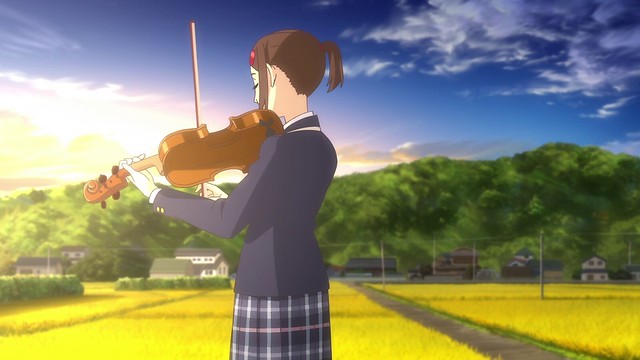 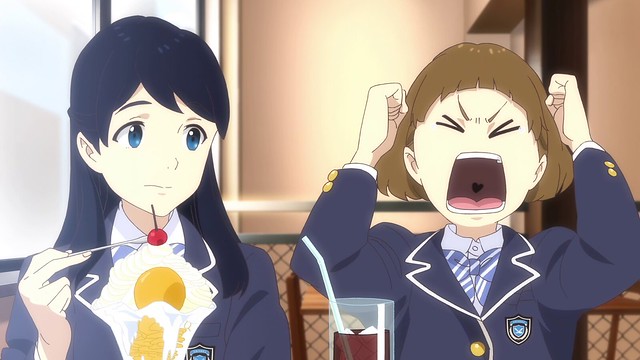 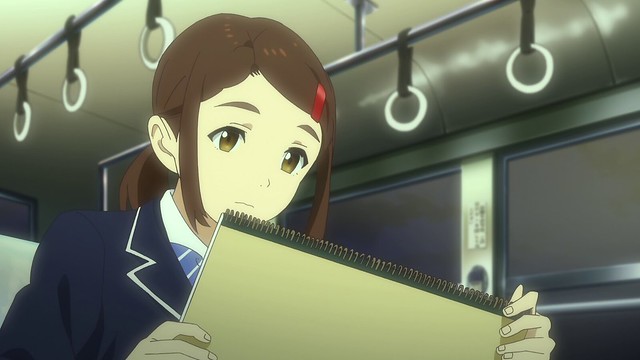 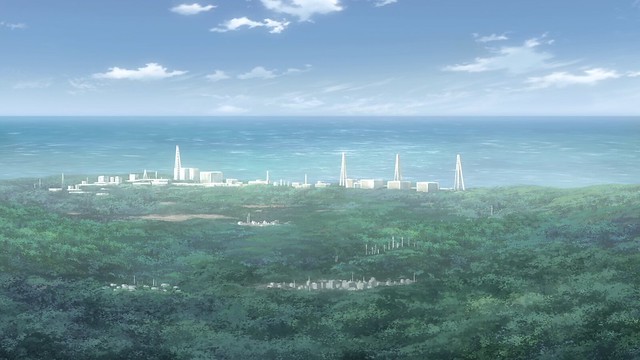 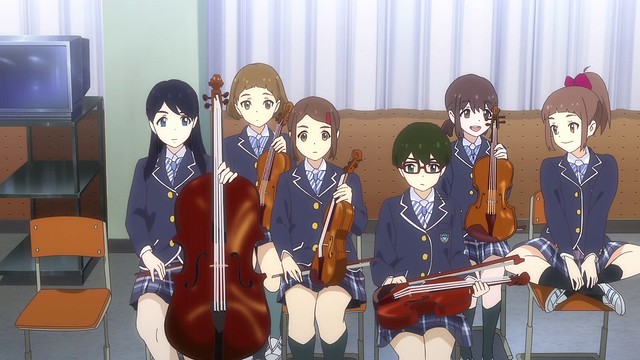 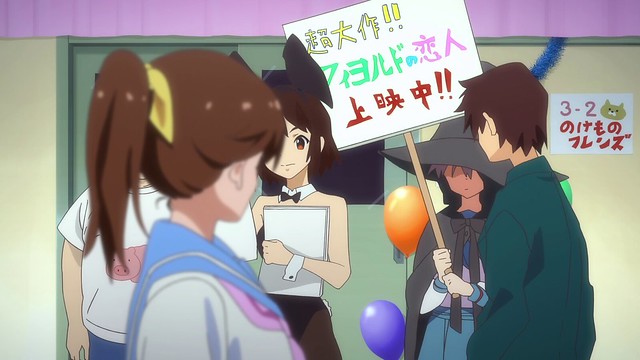 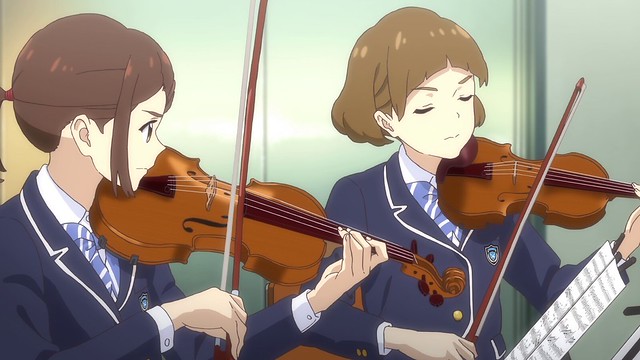 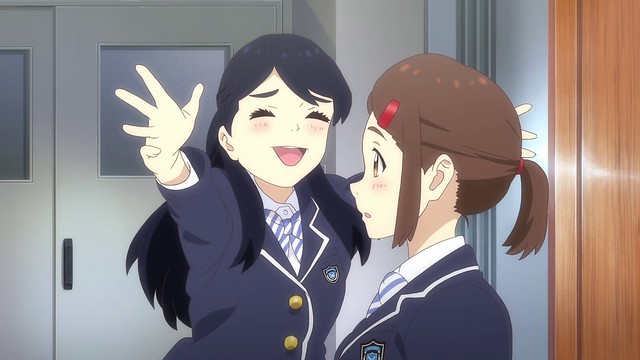 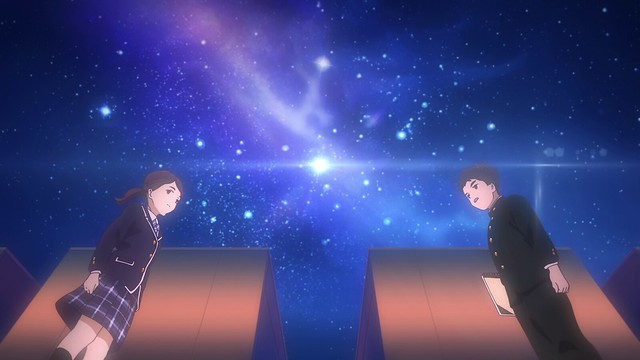 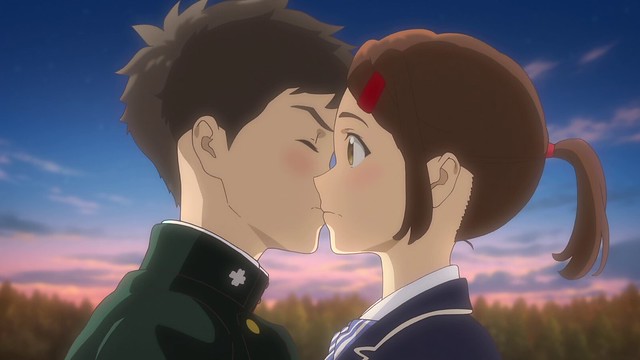 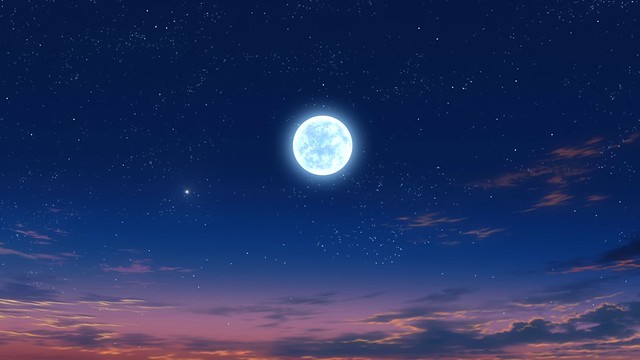 Hakubo bears the characteristics of a work with Yamamoto’s involvement: like Wake Up, Girls!, it is rough around the edges and unpolished, but also sincere and direct with its messages and ideas. Wake Up, Girls! had inconsistent artwork and animation, but its characters were genuine and honest, striving towards a goal that viewers could root for. Here in Hakubo, the film has similar inconsistencies: there are stunning scenery stills that are breathtaking, and the colours in the movie are vivid. However, Sachi, her classmates and Yūsuke are somewhat uneven in animation and design. Further to this, there are a few moments where Yūsuke’s voice tears, breaking the immersion. Hakubo has its ups and downs, but ultimately, I count it to have succeeded for its simple but moving message. This film can therefore be thought of as a spiritual successor to Wake Up, Girls!; if the latter was a story of persistence and resilience in the people of Sendai to survive in the moment, then Hakubo shows the process by which people can come across new experiences that lead them to not only accept, but also embrace their present. For Yūsuke, he is ultimately able to let go of his first love and direct all of his focus on Sachi, mirroring how he’s managed to find new beauty and wonder in the world after the earthquake. If Yamamoto intends to retire from animation with the completion of Hakubo, this is a reasonable place to call it quits: Hakubo decisively wraps up the Tohoku Trilogy with a heartfelt conclusion, that out of the old, comes the new. For this reason, I found Hakubo to be a reasonably enjoyable film the same way Wake Up, Girls! was moving to me.

2 responses to “Hakubo: An Anime Movie Review and Reflection”