The Rolling Girls: Review and Reflections on an Unexpected Journey

After The Great Tokyo War divides Japan into ten smaller nation states, individuals known as the Best are hired to defend each prefecture from further conflict, supported by ordinary people known as the Rest. When Rest Moritomo’s friend, Masami Utoku, becomes injured after an engagement with Kuniko Shigyo, Nozomi sets off with her new-found friends, Yukina Kosaka, Ai Hibiki and Chiaya Misono to support Masami, heading off to tour Japan and fulfill the role Masami had as a Best. Their travels bring them to unique regions of Japan, each with their own distinct culture, people and problems. Despite lacking any of the powers a Best possesses, Nozomi, Yukina, Ai and Chiaya manage to help each area in their own way, helping to resolve conflicts and unearth the mystery behind the Moonlight Stones. At its core, The Rolling Girls is a tale of perseverance and the importance of the masses: common people can, and do have considerable contributions to a society; despite being a Rest and lacking any of the combat prowess or durability of a Best, Nozomi and her friends nonetheless play a pivotal role in helping the peoples of Always Comima, Aichi, Mie, Kyoto, Hiroshima and Okayama sort out their troubles via a more face-to-face approach, using words and kindness in place of overwhelming force. Although Nozomi and her friends do not always have the easiest of times, their dedication and ordinary approaches leave a considerable impact, showing how normal folks can still do something positive: while individually weak, together, people can nonetheless achieve great things when unified. This theme is the heart and soul of The Rolling Girls, keeping the anime cohesive; as a story about travel, The Rolling Girls is packed with adventure and colour, discovery and exploration. Each episode is an awe-inspiring, and occasionally, overwhelming experience, so having a clear message that comes from each journey serves to keep The Rolling Girls focused.

Besides its central theme, a secondary theme begins manifesting in The Rolling Girls as the story progresses: in this unique world, confrontation and conflict is initially presented as the norm. The anime opens with Masami fighting Kuniko for territory and pride over something of limited value, and for their troubles, both wind up hospitalised. As Nozomi and the others travel to other parts of Japan, they see a similar story: Bests fighting one another over past grievances and perceived slights. Because they are unable to match power with force, Nozomi and the others devise different ways to help out, and these seemingly trivial actions wind up having a large impact on those they sought to help, even changing how opposite sides of a conflict view one another. Over time, even Masami and Kuniko set aside their differences to help Nozomi and the others resolve a problem in the Hiroshima-Okayama area, as Chiaya’s origins as an alien is revealed and she’s set to return home during a rare astronomical event. Throughout The Rolling Girls, Nozomi, Ai, Yukina and Chiaya enter different areas unaware of the more subtle nuances in the local history, and as such, bring a properly neutral mindset with them. Their words and actions, understandably innocent, also helps to put things in perspective.Through Nozomi and her friends’ actions, as well as their travels, it becomes clear that The Rolling Girls set out to show how despite their superficial differences in customs, beliefs and traditions, people have more in common than they are different, and that allowing trivialities to get the better of one results in conflicts that, in retrospect, appear ludicrous and petty. Fortunately, with a nudge from outsiders who have a different outlook, seemingly deep-seated problems can be approached and solved, as well. 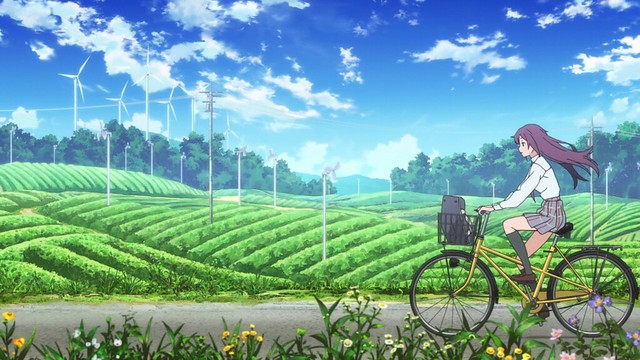 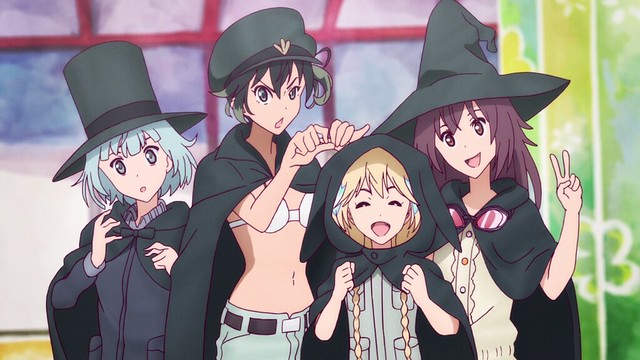 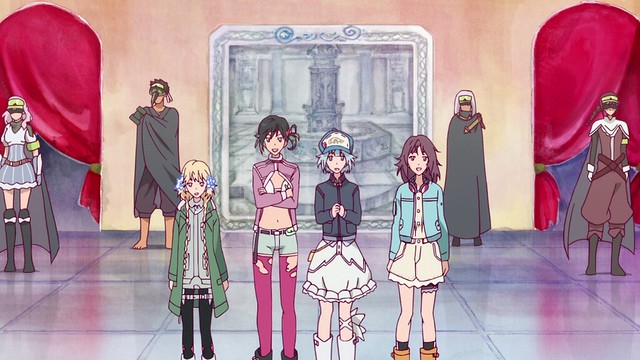 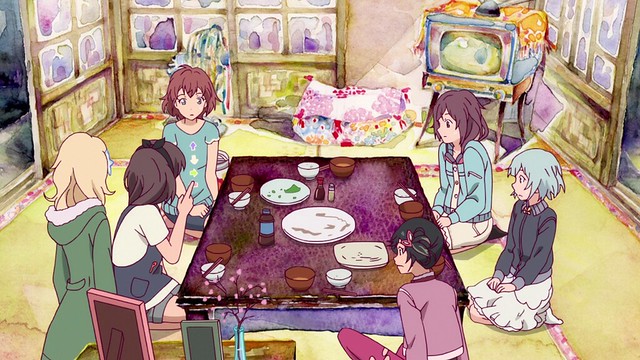 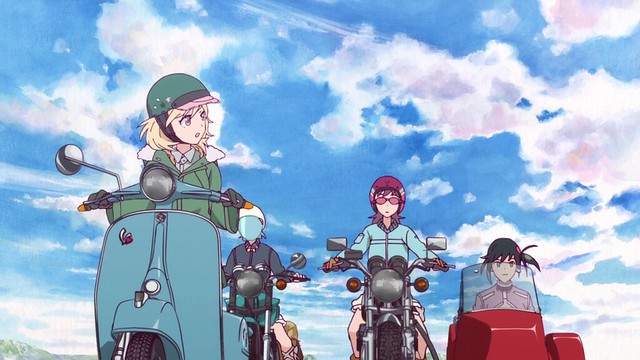 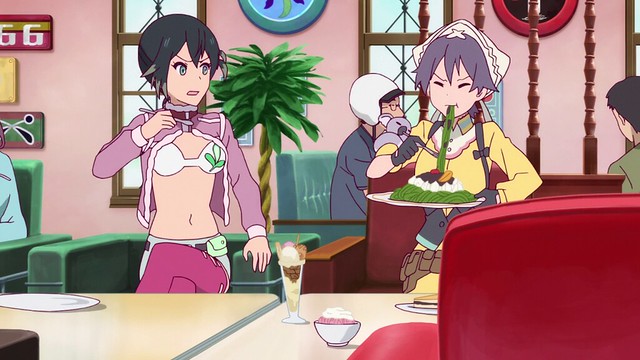 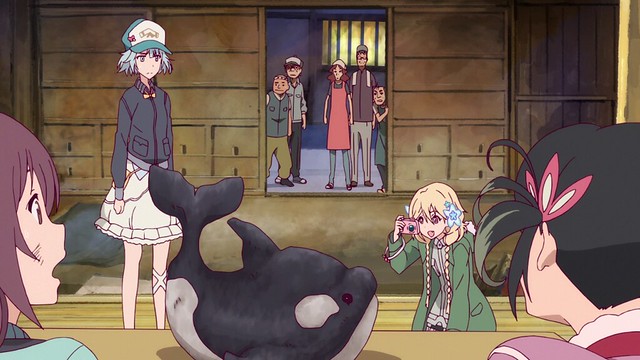 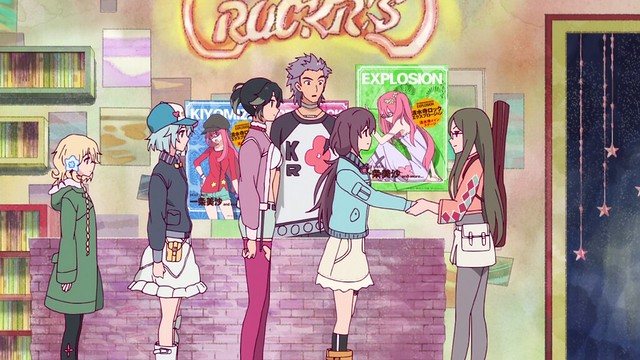 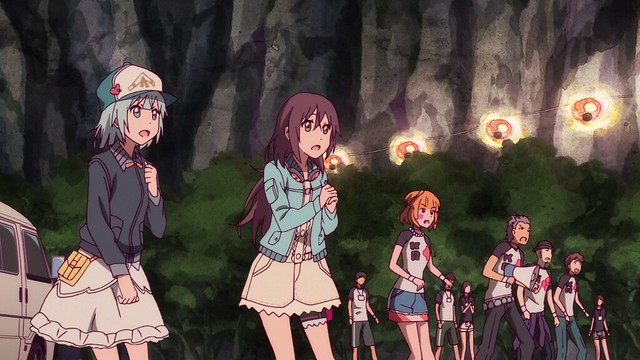 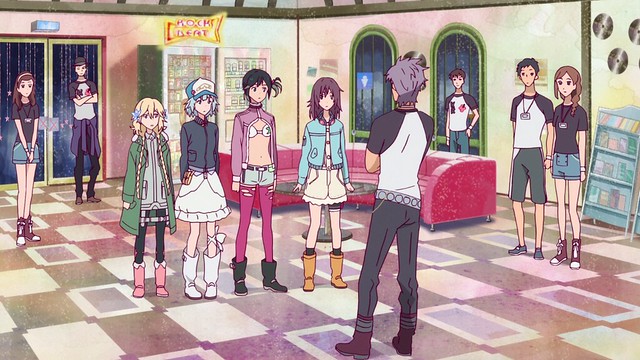 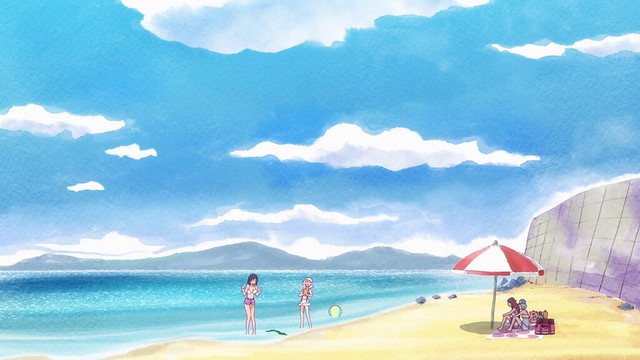 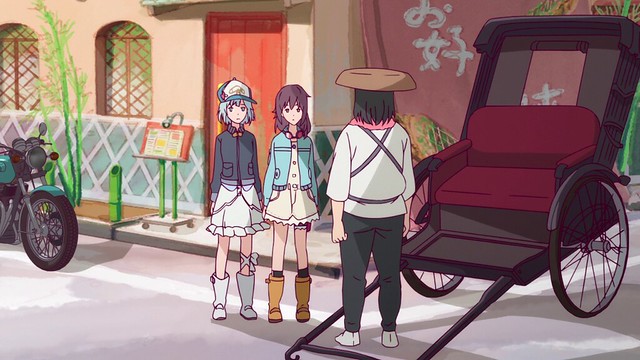 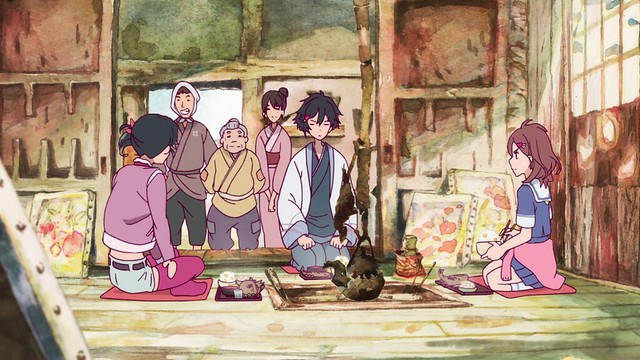 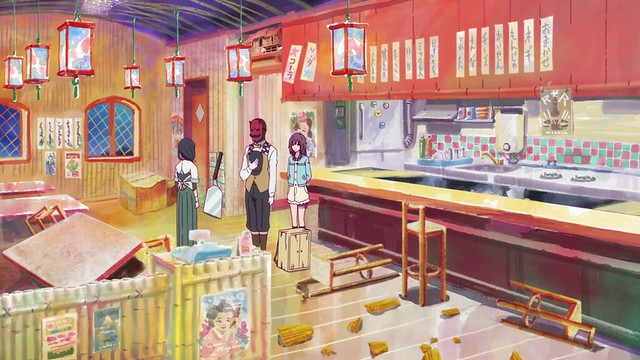 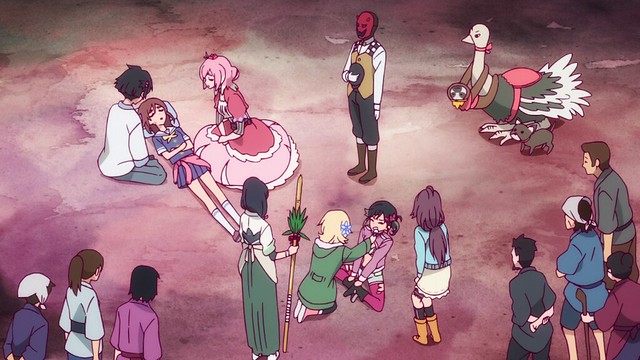 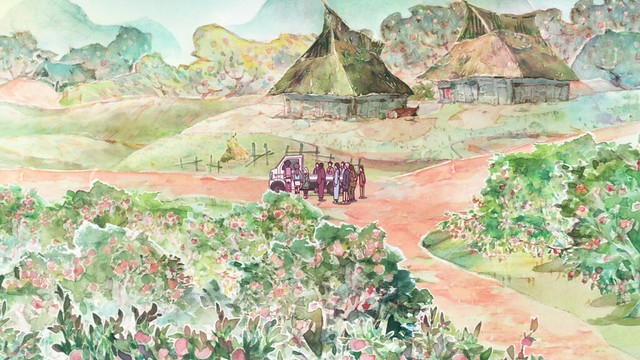 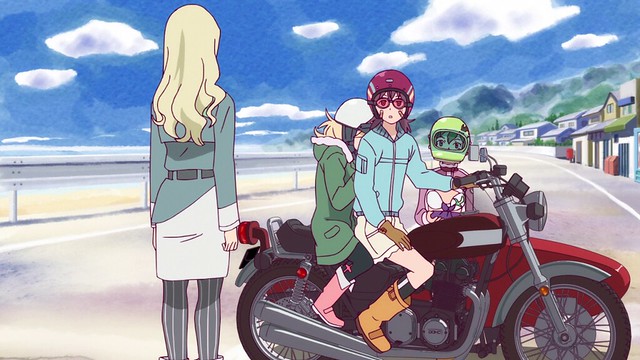 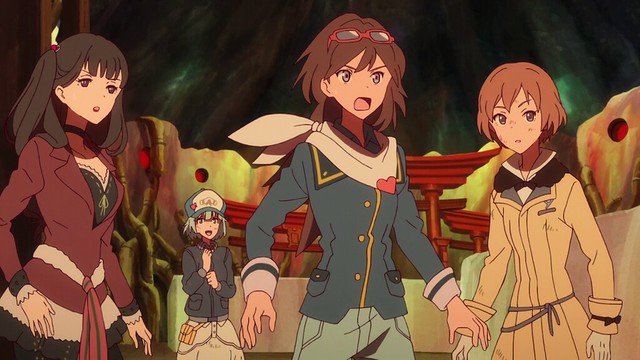 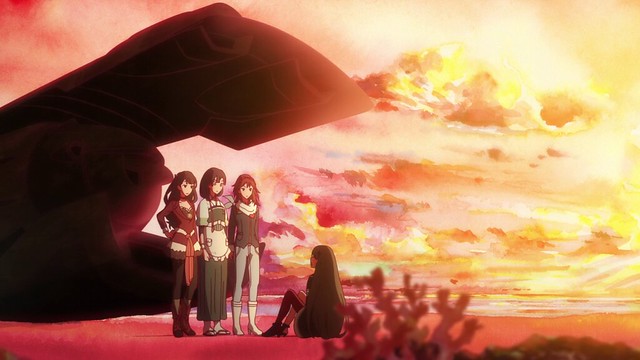 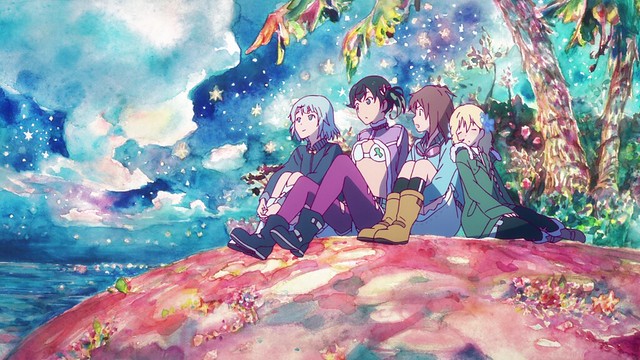 I picked up The Rolling Girls as a part of Jon Spencer Reviews’ #AniTwitWatches programme, and while the anime appeared to be very busy and even incoherent in the beginning, as Nozomi takes on the task of travelling around Japan and doing what Masami was doing as Maccha Green in her stead, it became clear that The Rolling Girls was really about the importance of not underestimating the rest; historically, society remembers its heroes, but lesser figures are lost to history even when their contributions directly allowed the heroes to triumph. Neil Armstrong’s historic moon landing, for instance, was as much of his achievement and dedication, as it was the efforts of the hundreds of thousands of technicians, scientists, engineers and support staff. In this way, The Rolling Girls celebrates what it means to be a Rest and how even the unremarkable can have an important role to play. Consequently, The Rolling Girls proved itself to be far more enjoyable than I’d expected: together with a healthy comedic component, a highly unique art style and a compelling collection of music, The Rolling Girls was a thrilling and heart-warming experience, whose seemingly frivolous setup and wild world belies highly meaningful and worthwhile themes. For me, while the first few episodes were chaotic and unfocused, the series doesn’t really kick into high gear until Nozomi and her friends set out on their bikes to tour Japan; folks who are able to push through the first three episodes will find a much more engaging series that was well worth it: The Rolling Girls is ultimately a series about how kindness leaves a more powerful impression than force, and that people are more similar than they are different. In these trying times, I believe that this is a message more of us would benefit in seeing.