“Peace is present when things form part of a whole greater than their sum, as the diverse minerals in the ground collect to become the tree.” –Antoine de Saint-Exupery

When Futaro Uesugi receives an offer to take up a position as the tutor with a good pay, he accepts: despite being highly studious, he comes from a difficult background and lives frugally as a result. As it turns out, Futaro is set to look after not one, but five students. These quintuplets come from a wealthy background, but all of them are disinterested in academics and have poor grades as a result. However, determined to ensure their success, Futaro presses forwards despite their initial hostility towards him, and over time, manages to turn them around: the girls gradually begin to see merits in Futaro’s methods and accept him while their grades begin improving. This is The Quintessential Quintuplets (Go-Tōbun no Hanayome, literally “Five Equal Brides”), an anime adaptation of Negi Haruba’s manga, which was serialised to Kodansha between 2017 and 2020. With its interesting premise, the anime proved an unqualified success, and a second season is set to air in 2021, now that the manga has concluded. The positive reception thus prompts the question: what about the series made it particularly successful, even in the eyes of those who are critical of the genre? The answer is almost immediately apparent; The Quintessential Quintuplets‘s success comes from doing things well on a broad spectrum of categories, from its animation and artwork, to top-tier voice acting from an all-star cast, and above all, likeable characters in conjunction with a genuine curiosity to see what methods Futaro uses to help each of Ichika, Nino, Miku, Yotsuba and Itsuki find success. The journey is a warm and rewarding one: while it is evident that The Quintessential Quintuplets was to be a love story out of the gates (the anime opens with a wedding ceremony), it manages to keep things exciting by making it tricky to ascertain who Futaro ends up marrying in the end, as well as presenting another, rather unexpected theme as a result of Futaro becoming the quintuplets’ tutor.

The Quintessential Quintuplets is a romance, but thanks to the premise of Futaro taking up his post initially to help his family pay off a debt, and the fact that Futaro himself is remarkably studious, the anime demonstrates that individuals, however similar they are, each have their own unique style. Consequently, in order to get to each of Ichika, Nino, Miku, Yotsuba and Itsuki, Futaro must first understand the girl as a person before he can decide how to best motivate them. This aspect of The Quintessential Quintuplets became visible with Miku: she’s the first to open up to Futaro and reveals an interest in Japanese history, specifically, surrounding the Sengoku era. Once Futaro realises that he can motivate Miku by matching her in knowledge and showing her that, were she to approach history the same way she approaches the Sengoku, she can pick up the materials quickly. Miku, Yotsuba and Ichika thus warm up to Futaro when he begins taking a more personalised approach to things, while Nino adamantly refuses, and Itsuki persists on her own out of pride. However, as The Quintessential Quintuplets‘ continues, it becomes clear that everyone’s slowly begun to warm up to Futaro because he is willing to go to extraordinary lengths and use adaptive, flexible approaches in coaching the girls: rather than taking a one-size-fits-all approach, his personalised approach allows him to motivate each of the quintuplets according to their own circumstance and interests. This is something I’ve noticed during my time as a student and instructor: everyone has their own background and corresponding way of learning, and the way that schools approach teaching is not really the most optimal approach for everyone. As Futaro discovers, sometimes, the best means of understanding someone comes outside the academic setting, where people are truer to themselves. 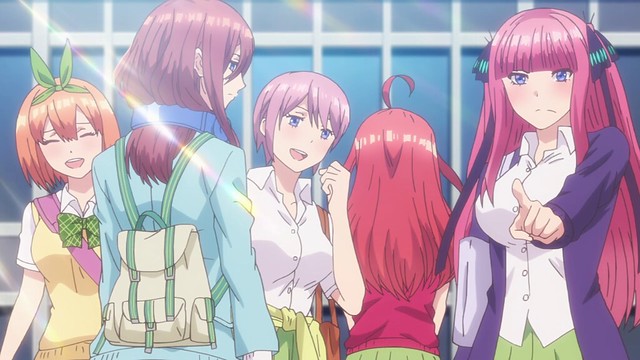 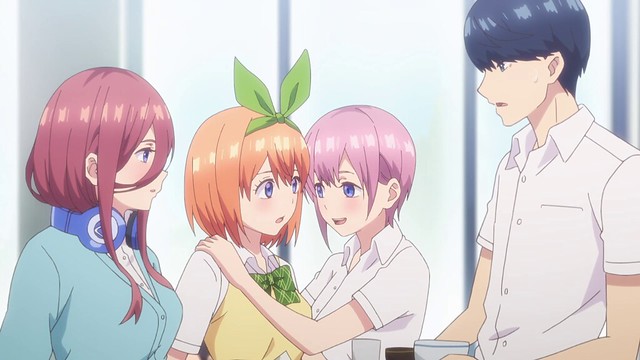 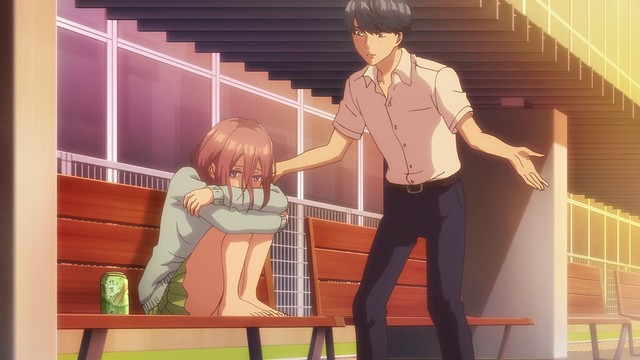 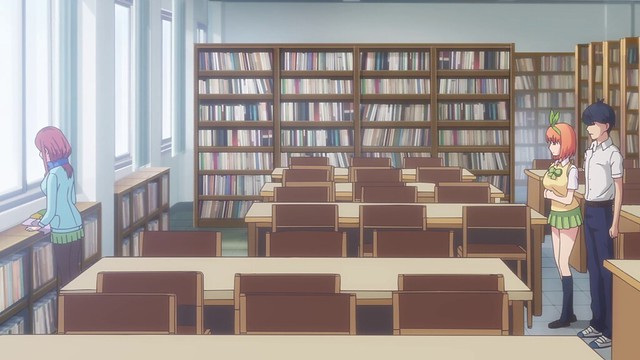 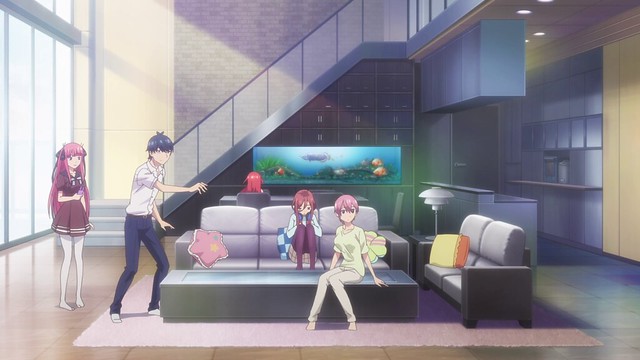 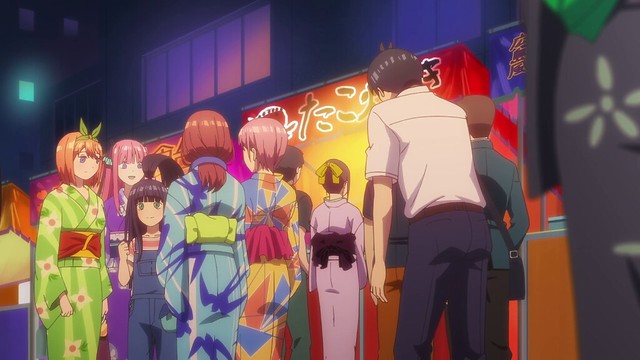 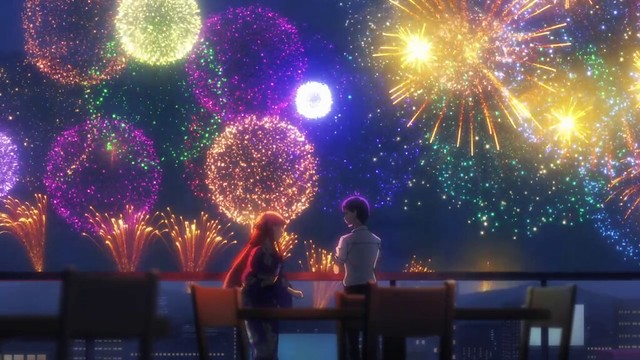 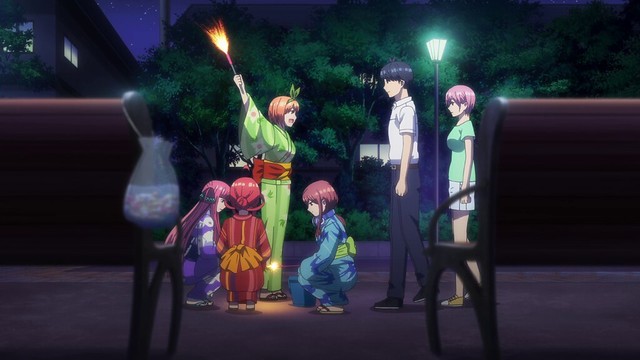 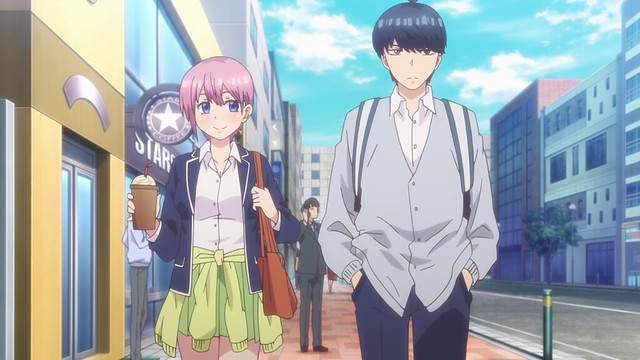 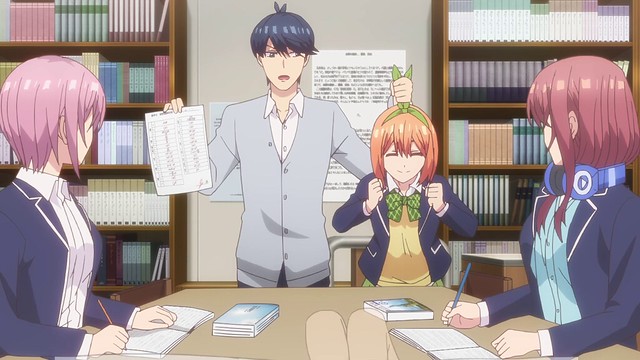 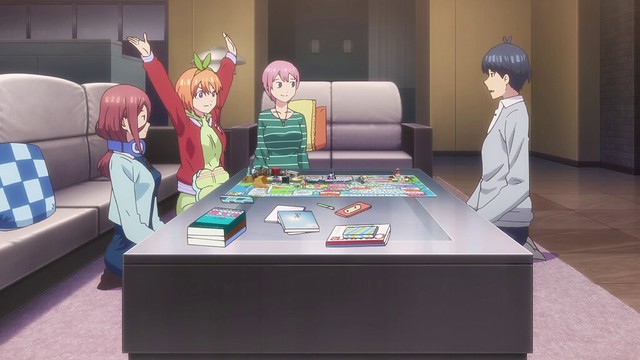 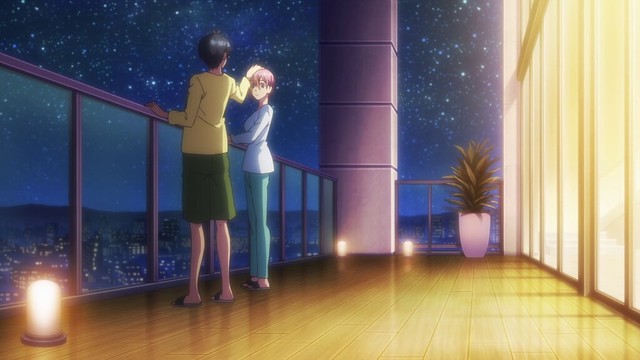 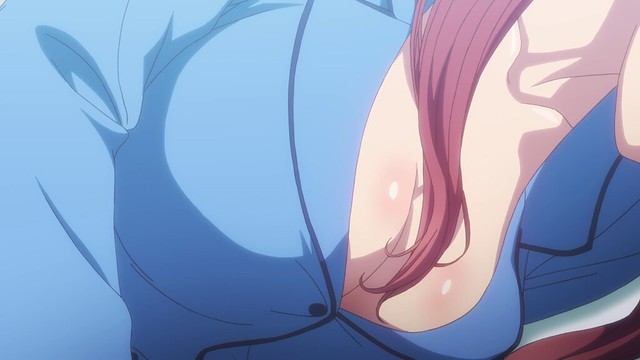 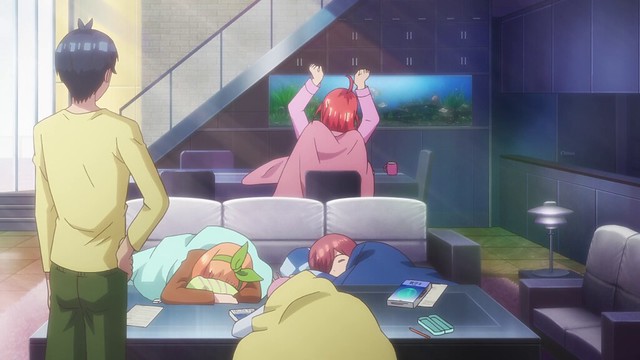 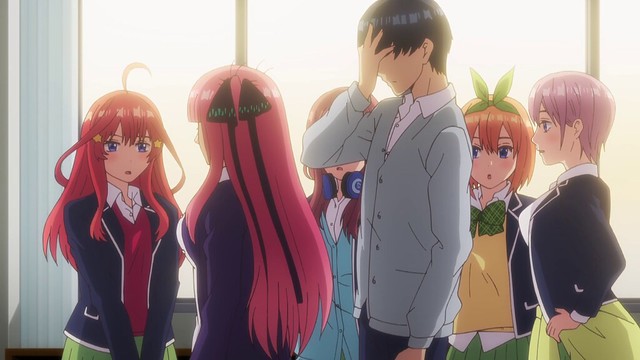 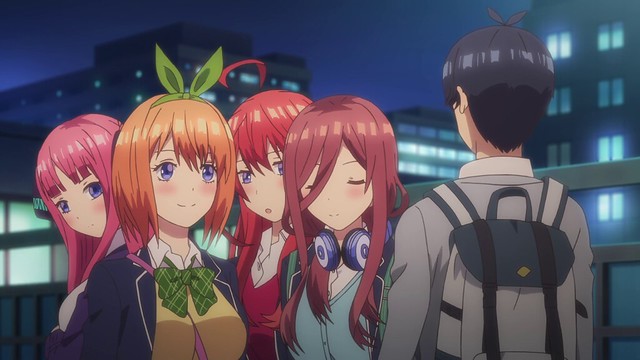 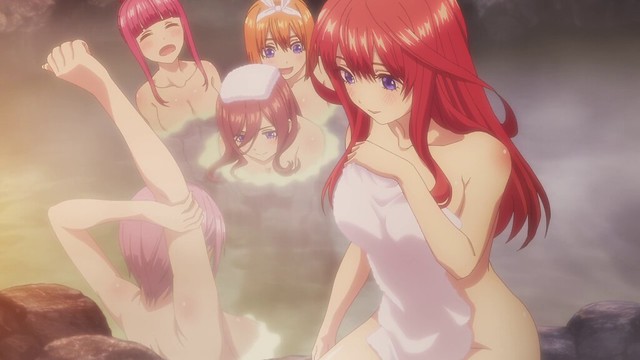 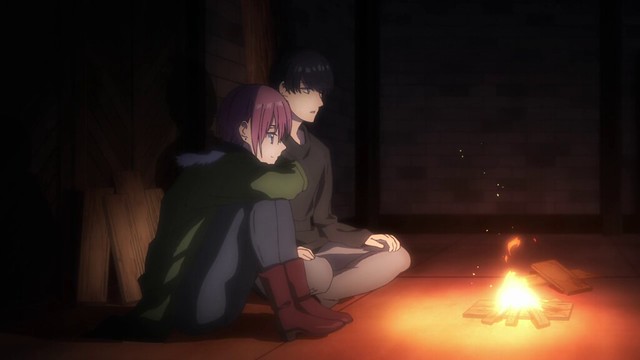 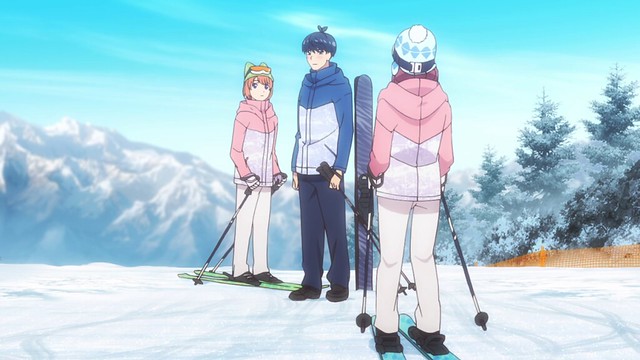 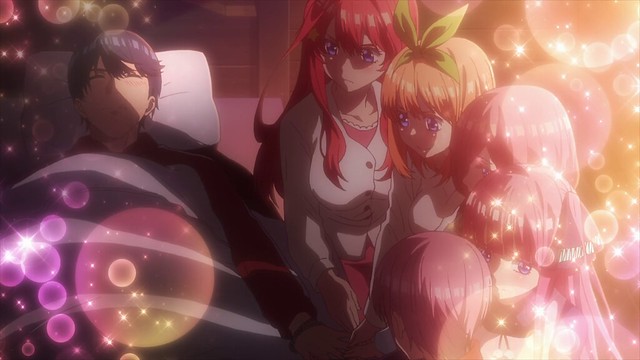 What The Quintessential Quintuplets particularly excels at in, during its first season, is creating anticipation: it is known ahead of time that Futaro will marry one of the quintuplets, and as such throughout the whole of the anime, watching Futaro interact with Ichika, Nino, Miku, Yotsuba and Itsuki leads the viewer to wonder, which of the five ends up tying the knot with Futaro? Is it the girls who open up to him earliest, or is it going to be those who most vehemently oppose the idea of him helping? Seeing the dynamics Futaro has with everyone thus makes the series quite captivating, as it represents the journey to the wedding altar that began with mistrust and doubt. With a second season on the horizon, I expect that The Quintessential Quintuplets will continue to portray this particular story, stepping slowly away from the studying piece and more towards the sorts of experiences that will eventually lead Futaro accept one of the girls as his bride. The Quintessential Quintuplets has demonstrated that it earns the praise it received; the positive reception for this anime is not misplaced, and considering that even the more difficult-to-please critics view The Quintessential Quintuplets favourably, it speaks to the strengths of the series to stay focused. Altogether, given the strengths in the first season, it is reasonable to say with confidence that the second season will continue to impress, and I am rather looking forwards to seeing how the anime chooses to wrap things up.