YU-NO: A Girl Who Chants Love at the Bound of this World- Whole-series Review and Reflection

4 Comments Posted by infinitezenith on September 20, 2020

“If I tell you what happens, it won’t happen.” – Doctor Strange, The Avengers: Endgame

Takuya Arima is a student living in the town of Sakamichi, home of the unnatural rock formation known locally as Mount Sankaku. When his father, the historian Kodai Arima, passes away, Takuya receives his late father’s research materials and the otherworldly Reflector Device, which allows him to travel across different dimensions. The principal of Takua’s high school, Kōzō Ryūzōji, seeks to relieve Takuya of the Reflector Device, but Takuya manages to escape. Armed with the Reflector Device, Takuya deals with the scandal surrounding GeoTech, a company that his step-mother, Ayumi, is working at, explores the bowels of Mount Sankaku with Mio Shimazu and after conversing with his former lover, Mitsuki Ichijō, Takuya deduces that the original Kōzō had actually been killed, with an imposter taking his place. This imposter is an immortal being bent on wrecking destruction for its own benefit. His instructor, Eriko Takeda, is actually a member of the interdimensional law enforcement, intent on bringing Kōzō to justice. As Takuya pieces things together, he is sent back to his original timeline, and eventually befriends Kanna Hatano, an enigmatic girl whose with an unknown past, and whose health is dependent on the mysterious Psychite, a stone with strange properties. Takuya’s actions over the different timelines allow him to retrieve Psychite crystals, and he enters a portal for Dela Grante, where he meets a mute girl named Sayless, as well as the knight Illia. Unable to cross a vast desert, Takuya instead falls in love with Sayless and fathers their child, Yu-no. However, when knights from the Imperial Capital appear, Sayless commits suicide and Yu-no is captured. Takuya is imprisoned, where he learns that he is to mine for Psychite in a ritual of sorts. When Takuya meets resistance leader Amanda, the two work with several other resistance prisoners to escape. Takuya and Amanda reach the Imperial Capital and link up with the resistance, preparing to mount an assault on the castle. During the assault, Takuya encounters the Devine Emperor face-to-face and learns that it’s Ayumi: she’d been transported here along with Kōzō and had been attempting to save the world from annihilation. As it turns out, every four centuries, Dela Grante’s orbit crosses that of Earth’s, and the world’s computer AI requires a physical body to avert catastrophe: Yu-no must be sacrificed to this end. However, even with the resistance’s help, Kōzō appears and disrupts the proceedings. While Eriko is able to kill Kōzō, the process fails, and Dela Grante collides with an Earth eight thousand years earlier. Takuya returns to his time and saves Kanna, before reuniting with Yu-no. The two then depart together into non-being.

YU-NO: A Girl Who Chants Love at the Bound of this World (Kono Yo no Hate de Koi o Utau Shōjo YU-NO, YU-NO for brevity) is the 2019 adaptation of the 1996 visual novel of the same name, and during its twenty-six episode run, covers a great deal of territory. The original visual novel had been a big-budget production with the aim of crafting an adventure unlike anything seen before: it was a collaboration between writer Hiroyuki Kanno and musician Ryu Umemoto. The resulting story was written to incorporate mechanics available given the hardware at the time, with the Reflector Device coming to make use of save-states and branching that allows Takuya to revisit a time and collect the necessary gems needed to drive the Dela Grante arc. Usage of save states and parallel worlds, in conjunction with Takuya’s experiences, indicate that YU-NO is a story about causality, specifically, the balance that exists between free will and determinism. Whether or not reality is governed by one or the other had been the subject of no small discussion – YU-NO suggests that the universe is likely somewhere in the middle (limited free will), which is a bold way of thinking. Through the use of the Reflector Device, Takuya is able to influence an event differently and check the outcomes. However, doing so does appear to create instability, causing him to be sent back to an initial state, and similarly, there are some events that seem fixed: for instance, Mitsuki ends up dying in every possible alternative irrespective of Takuya’s efforts to save her. For Takuya, free will exists to some capacity, but other events are deterministic, consigned to occur. As such, YU-NO indicates to its viewers that, while some outcomes are fixed, one can nonetheless influence events using their free will to create a more positive outcome than if they had not acted at all: in this model of limited free will, an outcome might be preordained, but individuals still have the power to impact the extent or severity of a given outcome if they have the will to do what is necessary (as an example, the Calgary Flames might be fated to lose to the Dallas Stars in the 2020 Stanley Cup Playoffs, but how badly they lose is up to them, and there might exist a timeline where the Flames lost in seven games, rather than five).

Owing to the incorporation of quantum mechanics, free will versus determinism, the definition of history, and society’s interaction with science and technology, in conjunction with the multiple, layered dynamics that Takuya has with each of Ayumi, Kaori, Mitsuki, Mio, Kanna, Sayless, Amanda and Yu-no, YU-NO ends up being an immensely busy work: in its anime form, things can quickly become overwhelming as the viewer must keep up with the overarching narrative, character dynamics and world-building. The visual novel addressed this particular challenge by starting the players off with Ayumi’s arc, which establishes Takuya’s world and character. The anime adaptation does the same – this establishment is critical, as it defines the sort of person Takuya is. By showing that Takuya is kindhearted, determined and honest, as well as lecherous (for good humour), viewers are assured that Takuya will always attempt to do what is right. Further to this, given that Takuya is no greenhorn when it comes to relationships, unnecessary drama is averted, allowing YU-NO to purely focus on the plot: Takuya is clear about how he feels and never dawdles, eliminating the need to create drama for drama’s sake. This allows the series to focus on world-building and foreshadowing. As such, even amidst the scandals surrounding GeoTech and Ayumi, the Shimazu municipal government and Mio, Mitsuki’s mysterious relationship with Kōzō and rumours surrounding Kanna, Takuya’s actions are always measured (assisted by the Reflector Device, which gives him an advantage in decision-making). Consequently, no matter what YU-NO throws at viewers, nothing comes as a total surprise. This sets the stage for Takuya’s journey to Dela Grante – while such a pivot late in the game would devolve most stories into chaos, YU-NO‘s world-building and character development is such that viewers are not thrown off by the turn of events. The end result is an immensely enjoyable journey that takes YU-NO‘s viewers through a host of genres and settings, demonstrating the importance writing solid characters. By keeping Takuya’s character limited to what he needs to do, YU-NO is able to spend time on its world building, and by the time Takuya hits terra firma on Dela Grante, viewers are not completely blind-sided by what’s happening. The surprises and twists of YU-NO are unexpectedly pleasant, plausible within the realm of what the series has established to be possible. 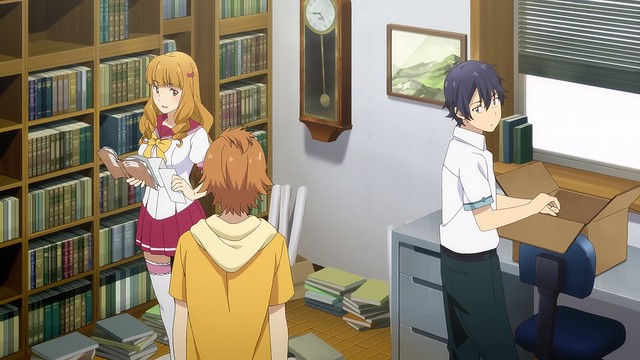 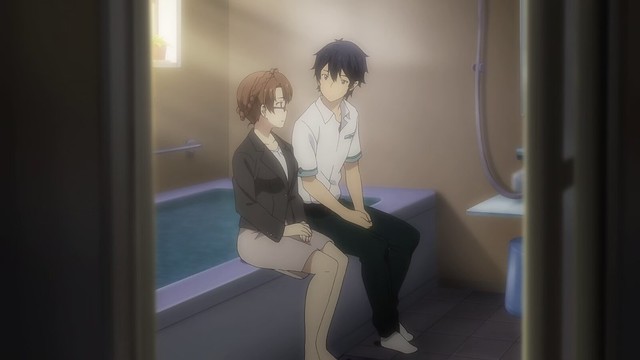 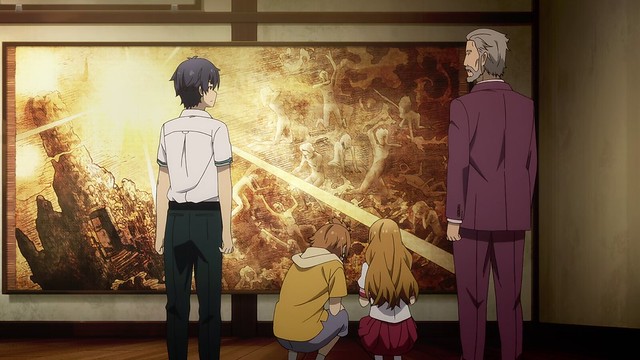 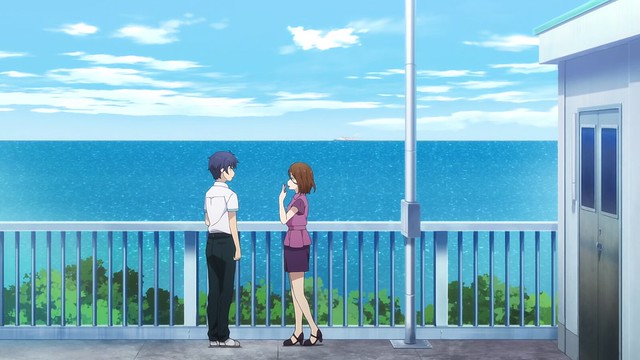 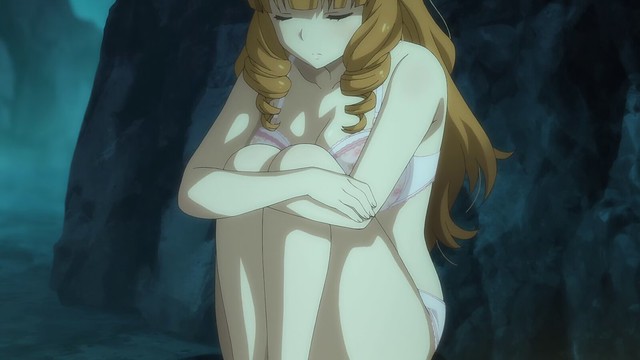 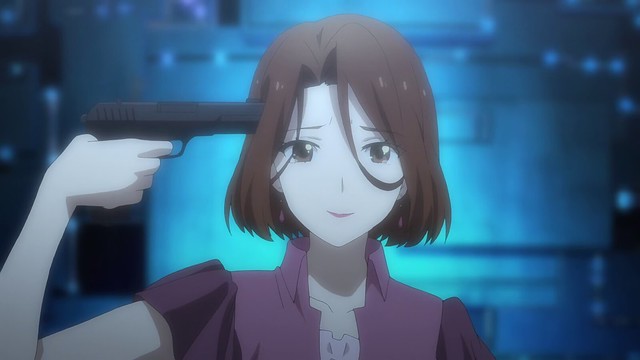 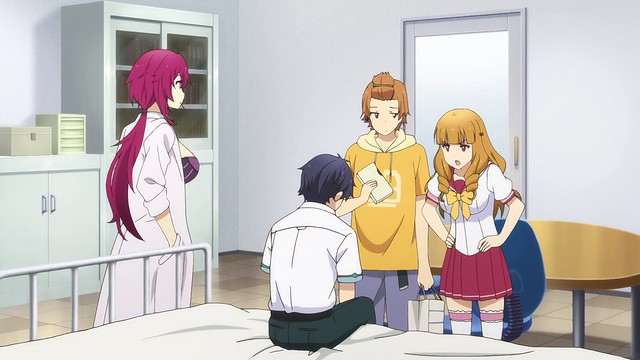 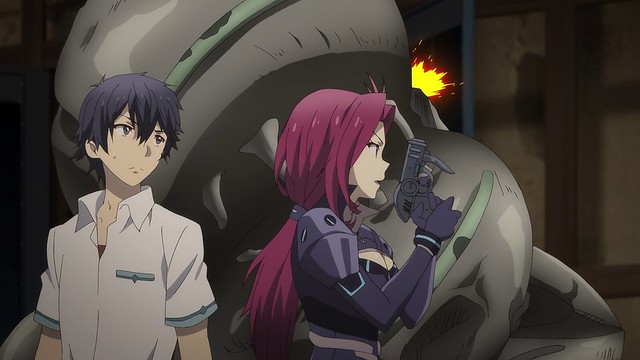 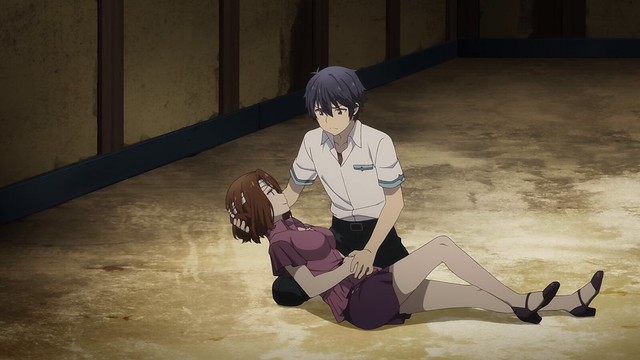 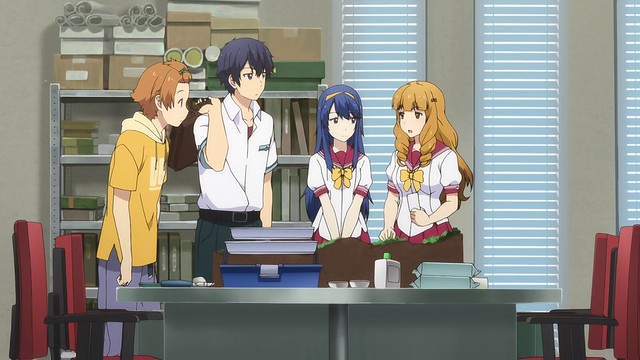 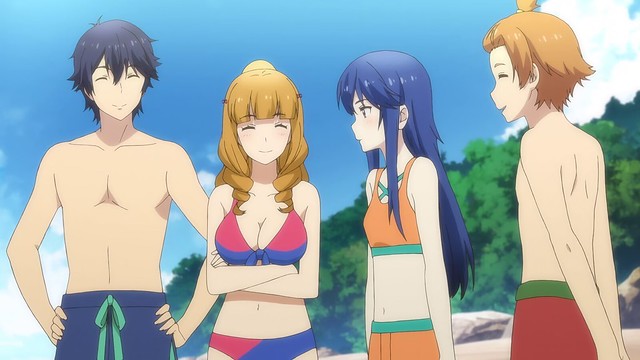 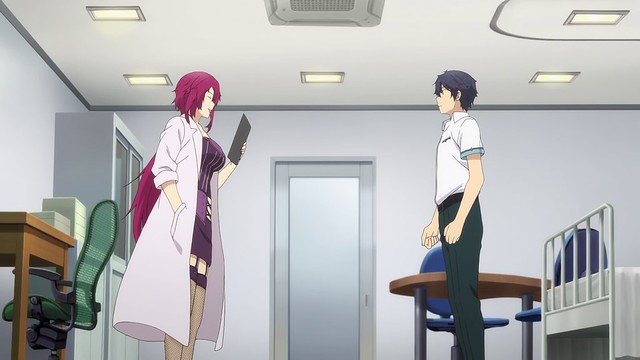 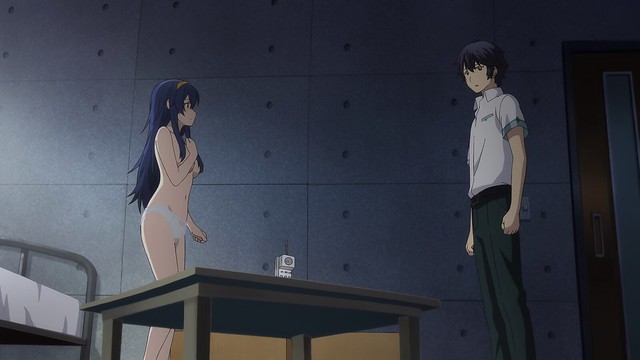 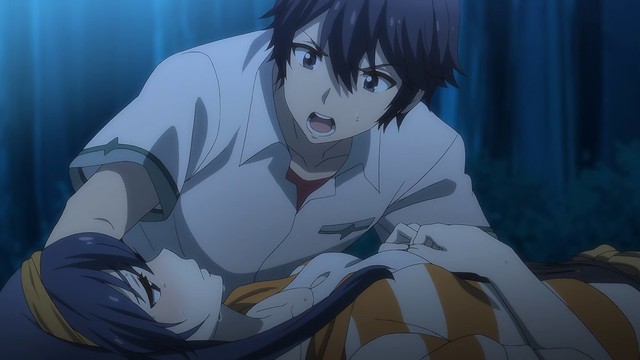 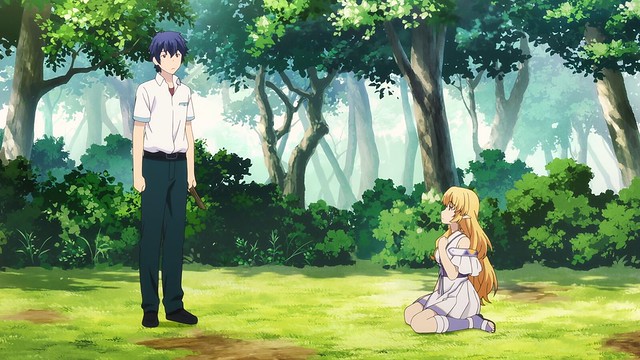 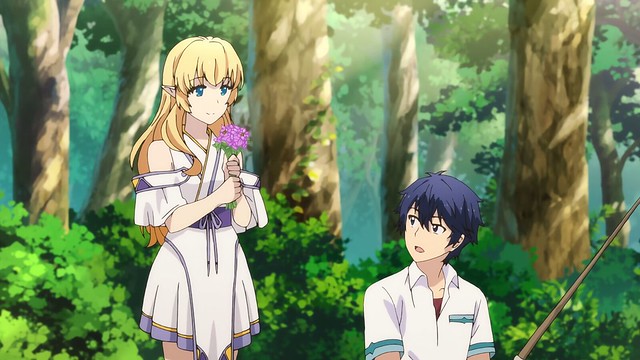 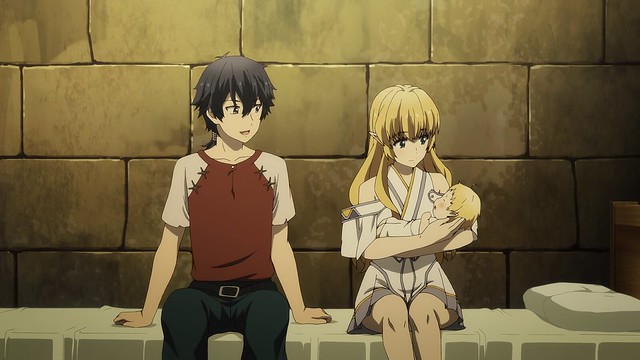 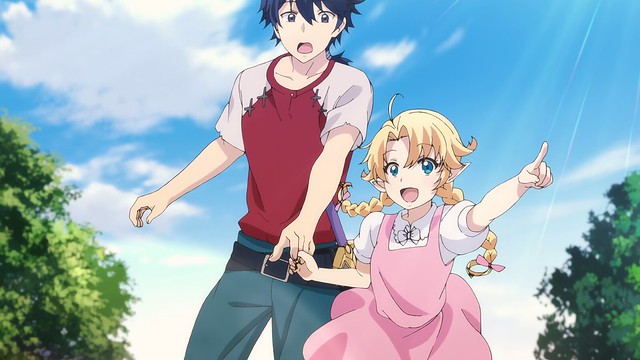 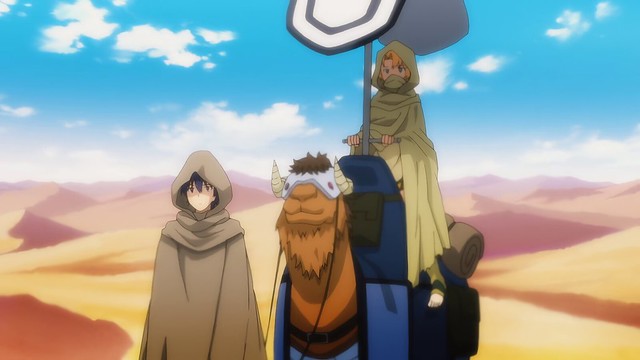 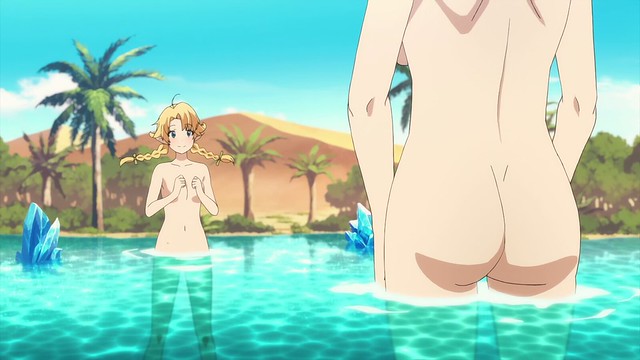 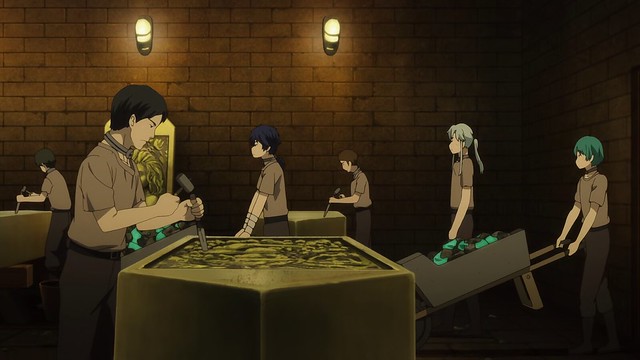 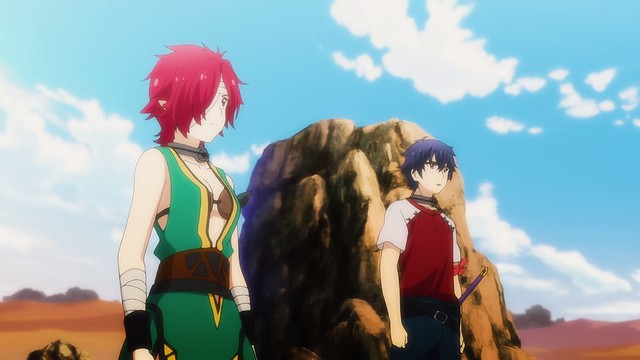 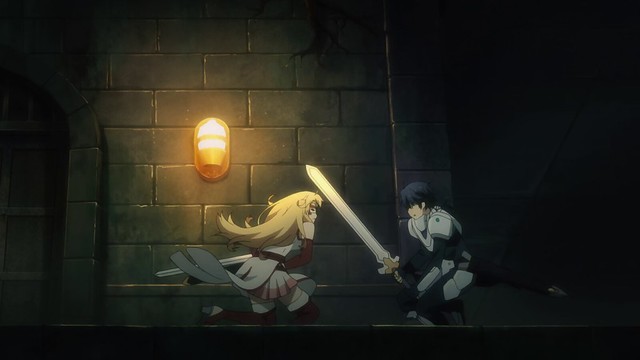 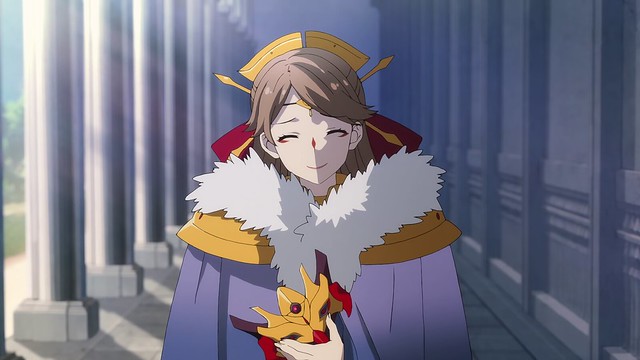 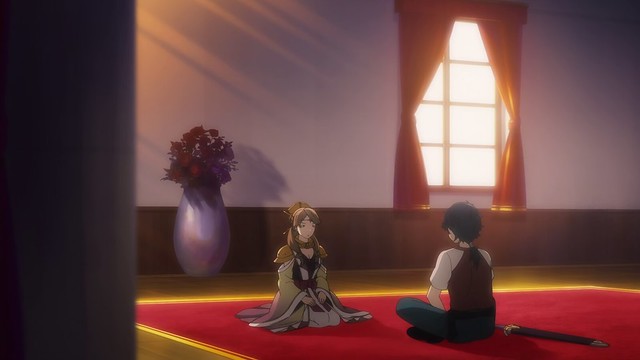 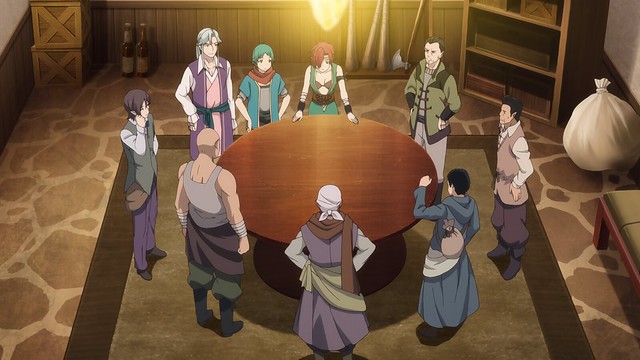 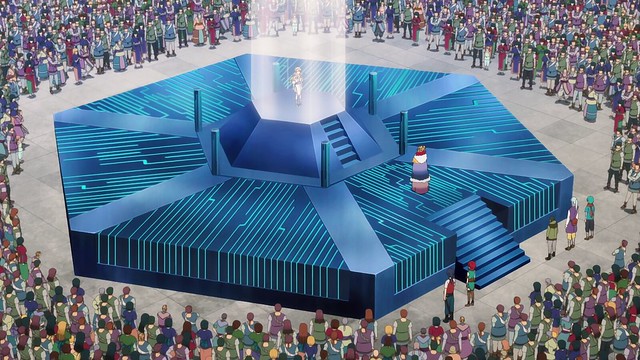 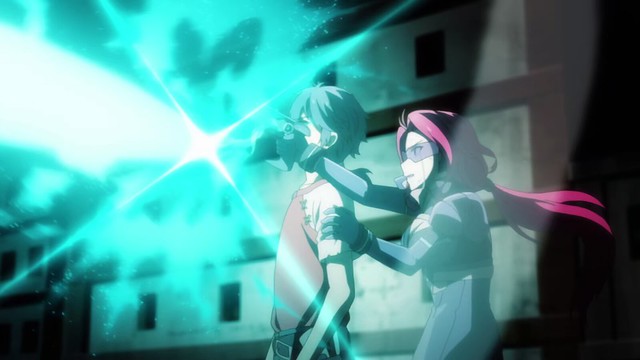 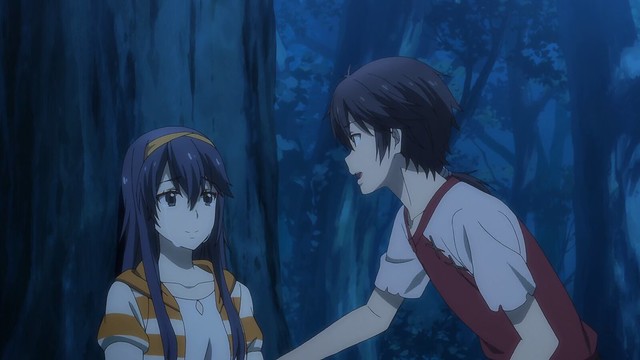 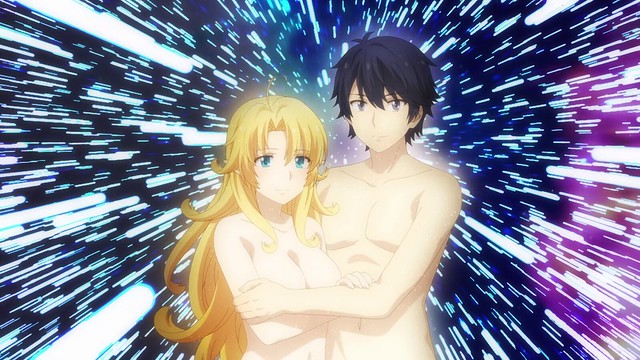 I believe that YU-NO is the first full-cour anime I’ve watched since 2018’s Sakura Quest (I’m still procrastinating on Sword Art Online: Alicization at the time of writing); I went through the anime on behest of Shallow Dives in Anime’s Dewbond, who had been curious to learn of my thoughts on YU-NO. Having gone in without any prior knowledge beyond Ecchi Hunter’s posts about Mio, I had no idea of what to expect. On the other side of YU-NO, I see a series whose story would’ve been revolutionary for its time, boldly combining elements from multiple genres and successfully keeping things engaging without overwhelming the viewer. In its anime form, the intricacies of YU-NO are conveyed – it was a fantastic journey from start to finish, paced well to hold the viewer’s attention. In retrospect, I am glad to have gone through it after the whole adaptation had aired: towards the end, it become tricky to watch episodes individually, since I would become antsy with each cliff-hanger that I encountered. YU-NO is probably the fastest I’ve ever finished a twenty-six episode series, and in general, the faster I go through an anime, the more likely it is that I enjoyed it. However, this is not the end: Dewbond indicates that YU-NO invites further exploration, and the visual novel, which received a modern remaster with updated visuals in 2017, is supposed to touch on some of the elements that the anime adaptation did not. This is quite understandable – the anime was already brimming with activity, and consequently, some storylines were merged, modified or shortened for the sake of keeping the adaptation to a manageable length. There are some lingering elements that YU-NO‘s anime adaptation do not cover, so it is the case that the visual novel will be the authoritative means of gaining further insights into the remainder of Takuya’s world. For the time being, with the YU-NO anime in the books, I can say I thoroughly had fun with this series. Further to this, I find the 2019 anime adaptation to be a fantastic starting point for anyone who wishes to learn more about YU-NO before deciding whether or not the visual novel is for them.

4 responses to “YU-NO: A Girl Who Chants Love at the Bound of this World- Whole-series Review and Reflection”