Review and Reflections on The Master Chief Collection: Halo 3 ODST

2 Comments Posted by infinitezenith on October 4, 2020

“Now’s one of those times, where it pays to be the strong, silent type” –Dutch to the Rookie

A group of Orbital Drop Shock Troopers (ODSTs), special operations units known for their unique insertion method, prepare to board a Covenant carrier. However, their assignment changes unexpectedly when Veronica Dare takes command of the squad and alters the pods’ trajectory. When the carrier unexpectedly enters slip-space, the resulting shockwaves knocks their drop pods off course, and the squad crashes into the city of New Mombasa below. Six hours later, the Rookie awakens to find himself in the deserted, rainy streets of New Mombasa: with the Covenant forces advancing, residents of the city were hastily evacuated. The Rookie wanders the streets and locates clues as to what had happened to his team.  Gunnery Sergeant Edward Buck and Veronica Dare had landed at Tayari Plaza, but after Dare disappeared, he decides to link up with the squad. ODST Taylor “Dutch” Miles landed at the Uplift Nature Reserve fights his way through Covenant armour in an attempt to reach the commanding officer but is unsuccessful when the orbital elevator collapses, killing the colonel. Michael “Mickey” Crespo lands in the city streets and takes control of a Scorpion tank to link up with Dutch. They receive communications from Buck, who had met up with Romeo and fought through the NMPD headquarters, eventually defending a Pelican from waves of Covenant. During the fight, Romeo is mortally wounded by a Brute Chieftain, but he is stabilised with a bio-foam canister and makes a full recovery. The squad commander a Covenant Phantom and prepare to leave New Mombasa, but Buck orders them to find Dare first. As it turns out, Dare had a special assignment: to escort a defecting Covenant engineer. The Rookie had fought his way into the Data Centre and reaches both Dare and the defecting engineer. They return to the surface and attempt to reach the extraction point using an Olifant, but when a Scarab damages the vehicle, they are forced to disembark and hold out at a plaza until the others arrive. The ODSTs manage to evacuate New Mombasa ahead of the Covenant fleet, who have begun glassing the area to excavate a Forerunner portal. Later, during an interrogation, the engineer expresses mutual contempt for the Brutes and implicitly agrees to help humanity out.

Releasing in September 2009, Halo 3: ODST was originally intended to be a side project that would fill the three-year gap between Halo 3 and Halo: Reach. The game marks a departure from the traditional Halo formula in terms of style and gameplay despite sharing the same mechanics as Halo 3 did. Health makes a return: lacking the Spartans’ energy shields, ODSTs are more vulnerable to damage and lack the same strength, speed and dexterity. The ODSTs also possess a VISR system in place of the Mjolnir’s motion tracker, useful as a night vision system. Despite possessing none of the overwhelming firepower of a Spartan, the ODSTs are still elite soldiers, however, and Halo 3: ODST shows that an individual ODST can still be a formidable force to behold. This is most apparent during Halo 3: ODST’s flashbacks. While playing as Buck, Dutch, Mickey and Romeo, players still have access to most of Master Chief’s power, including the ability to flip vehicles and pummel Brutes to death once their shields are dropped. The flashback missions are varied and engaging, feeling like a traditional Halo game. On the flip side, the Rookie’s initial segments are more moody, contemplative. As he wanders the empty streets during a rainy night, there’s a distinct film noir aesthetic that is accentuated by the use of jazz. Halo 3: ODST switches seamlessly between the intensity of the action scenes and quieter moments that follow the Rookie’s investigation into what happened to his squad, creating a striking balance between combat and exploration. As players find clues, the quiet shifts over to excitement, and once players finish a flashback, the pulse-pounding firefights are replaced by a cathartic moment of self-reflection. This demonstrates that even in a title as established as Halo, there’s always new directions to explore, and new atmospherics to present. For its ability to do both elements, Halo 3: ODST was positively received and kept players engaged until Halo: Reach released a year later. 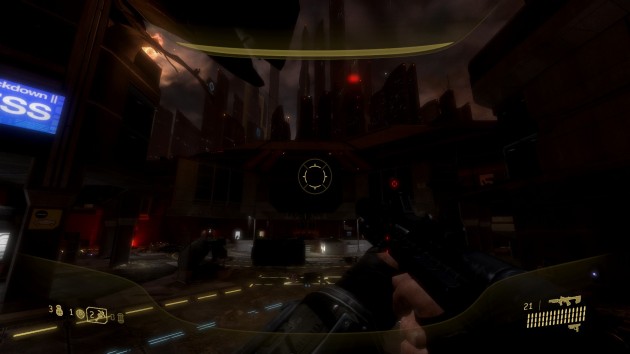 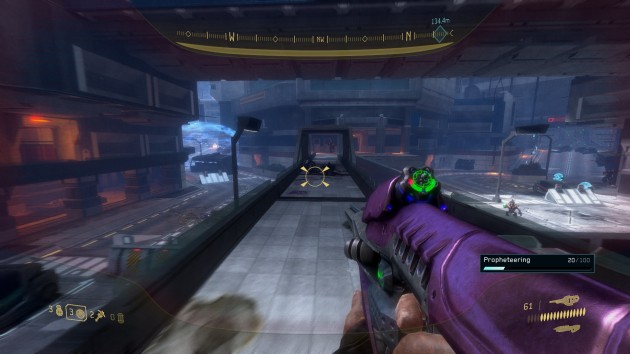 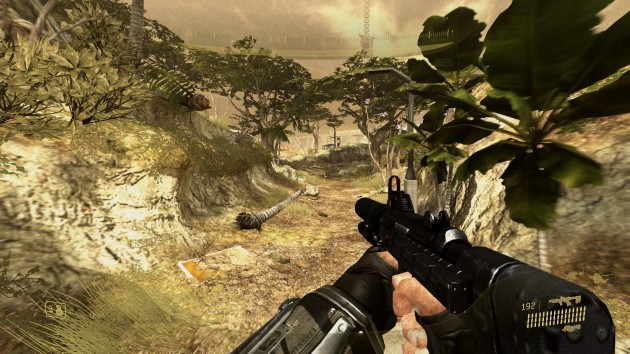 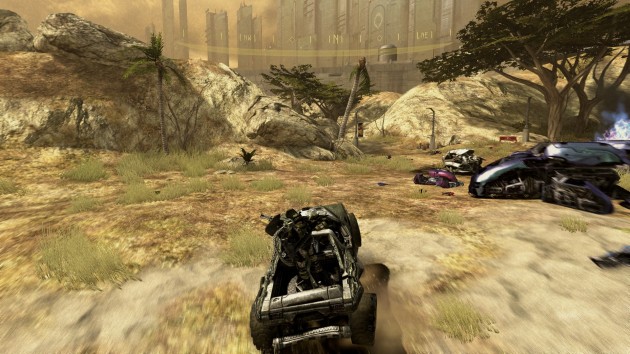 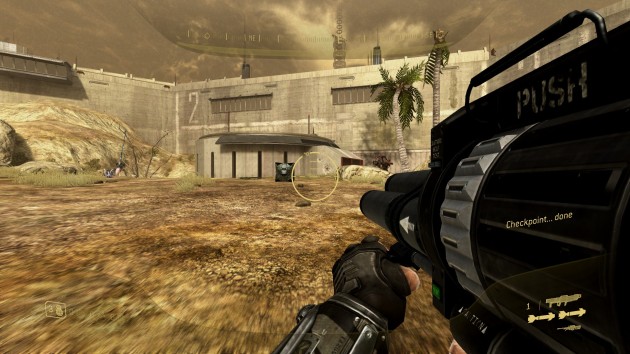 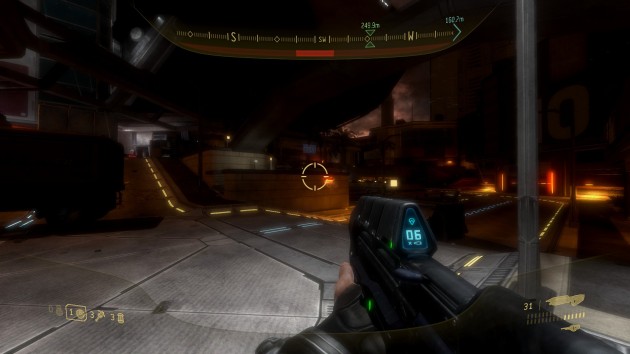 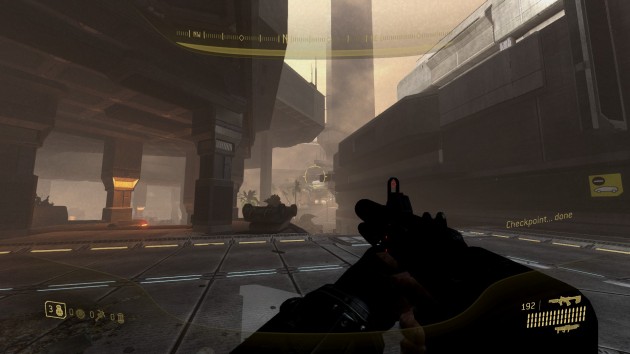 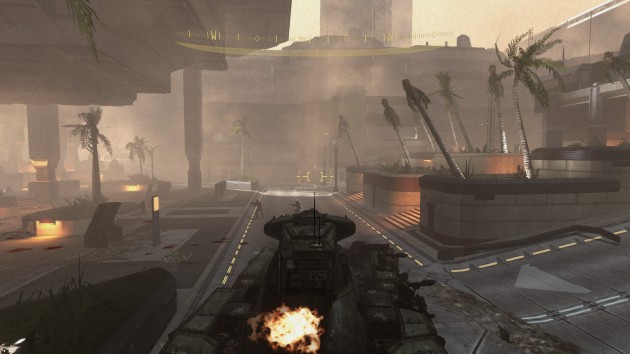 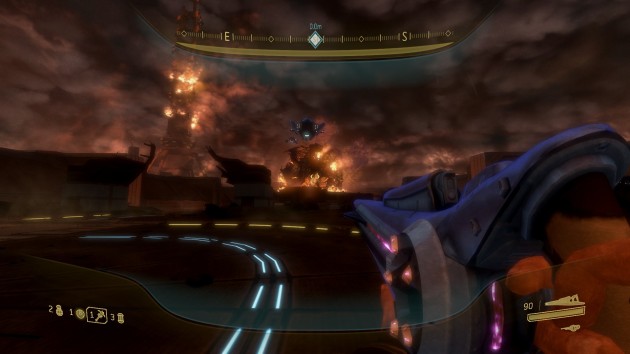 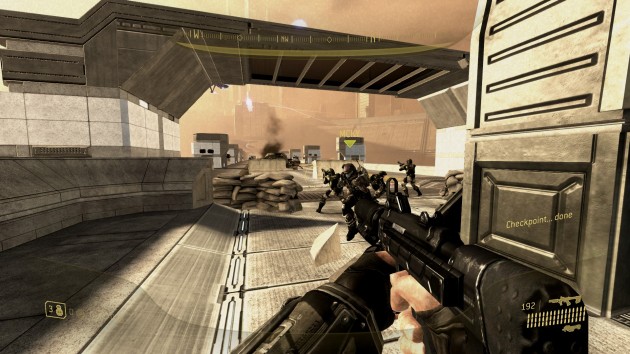 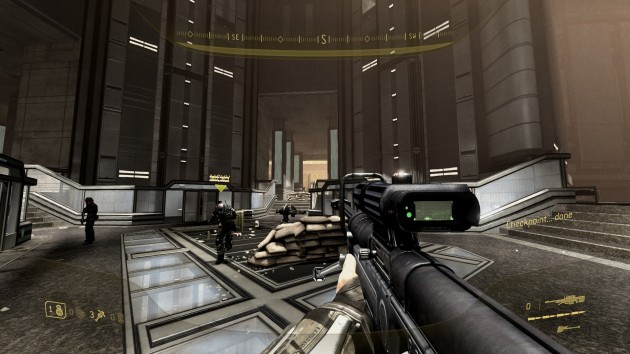 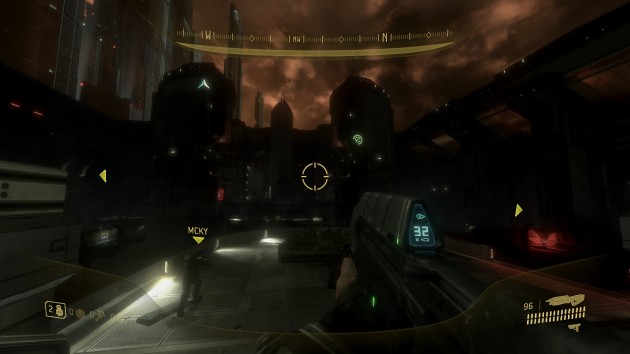 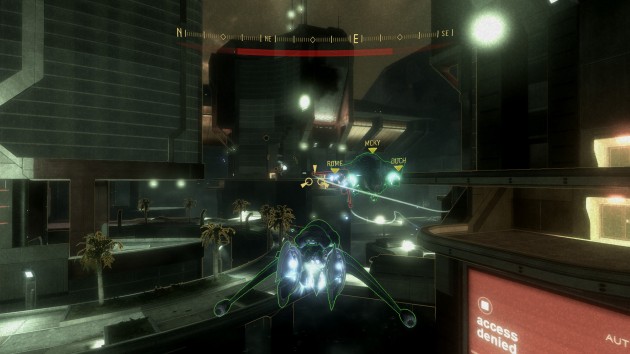 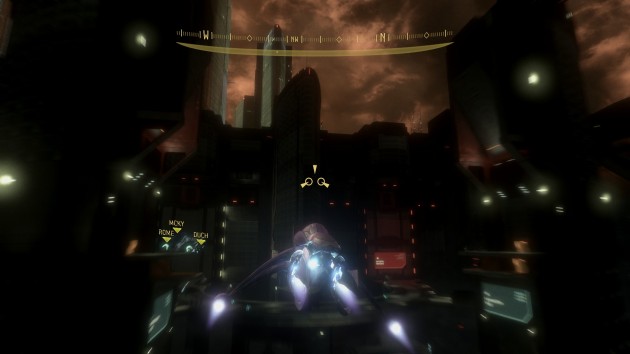 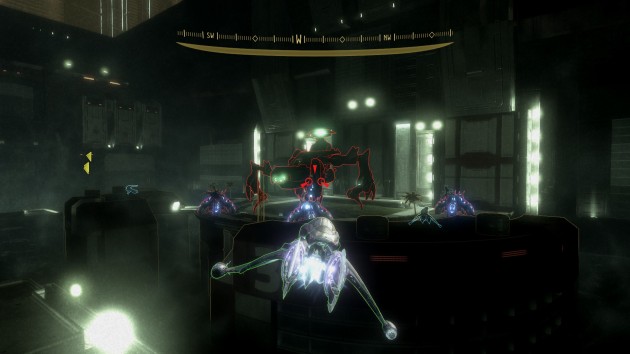 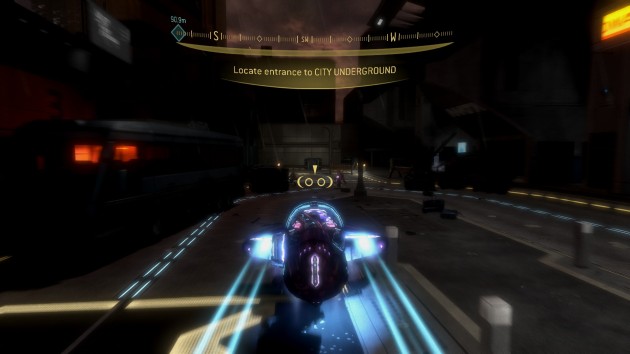 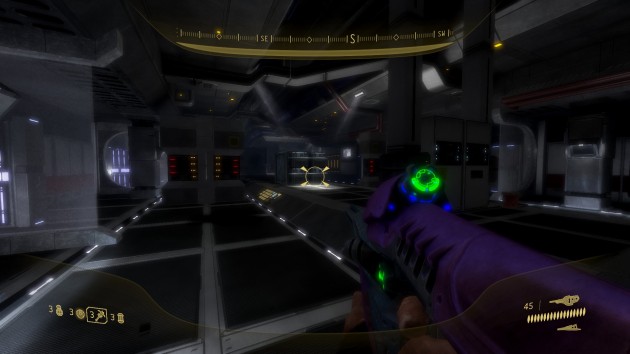 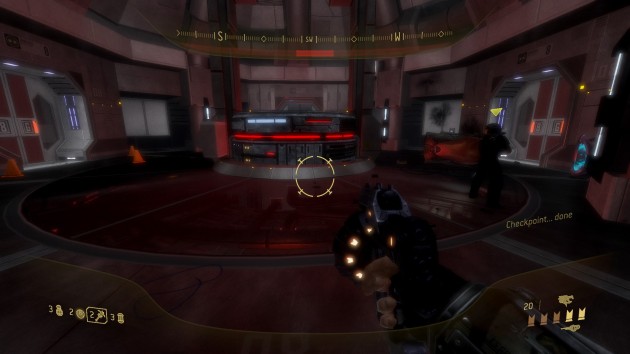 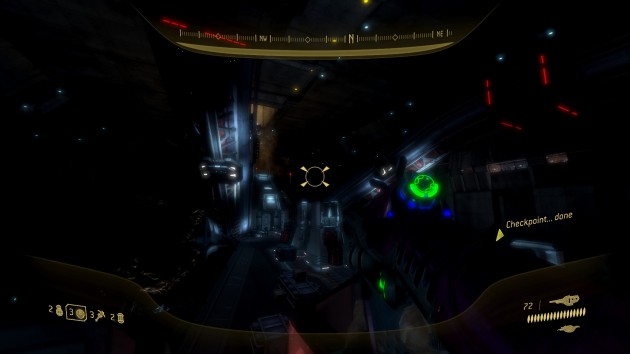 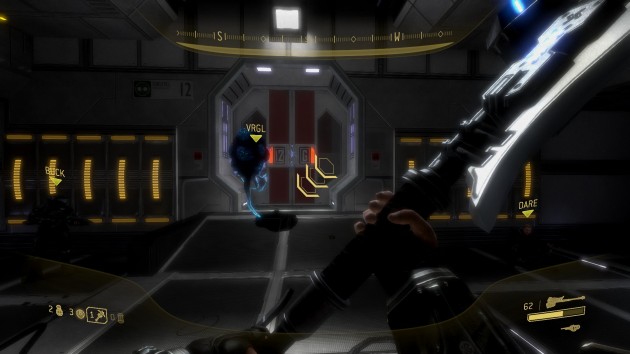 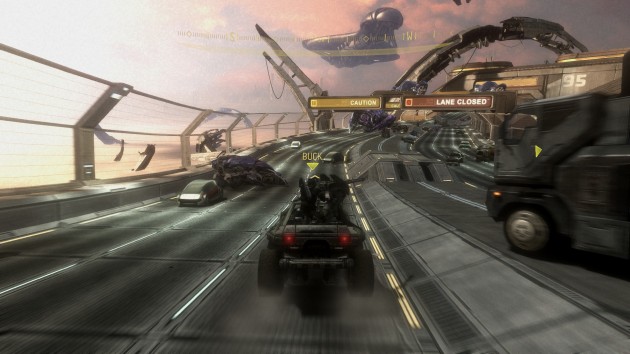 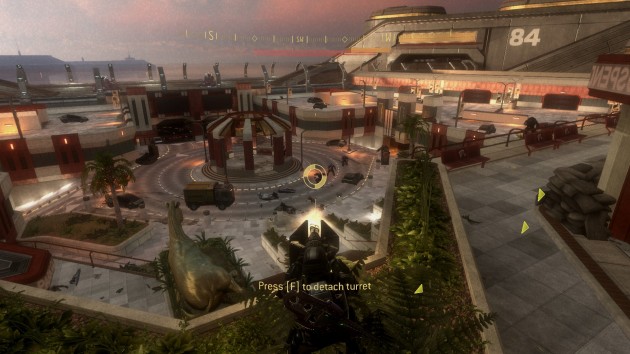 Halo 3: ODST represents an unconventional, but engaging instalment in the Master Chief Collection. The story gives players a chance to see the Human-Covenant war from the perspective of special forces soldiers who had first appeared in Halo 2, and also filled in some gaps in the story between the events of Halo 2 and Halo 3 – a lingering question had been what happened to New Mombasa during the Master Chief’s absence, and Halo 3: ODST answers this question. With the game set entirely in New Mombasa, and the players essentially helping UNSC forces to resist the Covenant invaders, Halo 3: ODST does feel like what Halo 2 had originally intended to be. The original Halo 2 E3 demo in 2003 had suggested that Halo 2 would be set largely on Earth, following the Master Chief’s efforts in helping the UNSC repel the Covenant from our world, but the chaotic and frenzied development of Halo 2 meant many concepts demonstrated at the 2003 E3 would be removed. Offering a refreshing and unique Halo experience, Halo 3: ODST is fondly remembered by fans for its combination of familiar Halo action and a wistful film noir-like experience. With Halo 3: ODST now in the books, all that’s left is Halo 4 – 343 Industries is suggesting that the test flight process could begin as early as late October, which is consistent with the flights for Halo 3 and Halo 3: ODST. Assuming this to be the case, Halo 4 will join the Master Chief Collection in time for the game’s sixth anniversary. The original launched in November 2014, and the completion of the Master Chief Collection comes just ahead of the Christmas season: while the local meteorologists suggest that our autumn will remain relatively mild, the winter forecast looks considerably more unpleasant. In my area, the temperatures are expected to be consistently colder and snowier than seasonal averages; I foresee spending more time indoors, and consequently, having Halo to keep me company during a long and dark winter will do wonders for me while I hunker down, away from the snow and cold, waiting for the return of spring.

2 responses to “Review and Reflections on The Master Chief Collection: Halo 3 ODST”