“Rules are made for people who aren’t willing to make up their own.” –Chuck Yeager

When Charlotte learns that someone had defeated her old speed record by a margin of 3.2 kilometres per hour, she is incensed and immediately sets about trying to reclaim it. She brings her old bike, the Rapid, out of storage and begins working to upgrade it, even ordering specialty parts to do so. After replacing the muffler and tuning the engine, Charlotte manages to best the record but feels dissatisfied, wondering if she’d be able to reach a land speed of 320 kilometres per hour on a 1000 cc motorbike. Her thoughts are interrupted when a Neuroi appears and damages the hangar with bombs before retreating. The damage is minor nontrivial, and so, the 501st manage to secure the provisions to conduct repairs on their base. Among the equipment is a new P-51H Striker Unit: with superior acceleration to Charlotte’s P-51D, Minna assigns the unit to Charlotte and promises to turn a blind eye to her side project using military funds. Longing to help out, Francesca modifies Charlotte’s Rapid by bolting on propellers, resulting in an argument. An irate Francesca storms out, and Gertrude speaks with Francesca, convincing her to reconcile with Charlotte. Charlotte apologises for her words, and makes up with Francesca, bringing the Rapid to its original glory and then some. The next morning, the Neuroi has returned, and Francesca sorties in the P-51H, hoping to swiftly destroy the Neuroi so Charlotte can attempt to set a new land speed record. However, she’s unaccustomed to the P-51H and falls; before any harm comes to her, Charlotte saves her, using the tuned-up Rapid to build enough speed to catch Francesca. The Rapid is destroyed, and Charlotte reminds Francesca that their friendship matters more than anything else. She dons the P-51H Striker Unit and dispatches the Neuroi before reuniting with the 501st. Underwater, amidst the Rapid’s wreckage, the speedometer has remained intact and indicates Charlotte had reached 320 kilometres per hour.

This fourth episode of Road to Berlin continues in the season’s trend of finding novel ways to retreading familiar ground, and I believe for the first time in Strike Witches‘ animated incarnation, Francesca fights with Charlotte. This moment is significant because it is an indicator of how close the two really are: Francesca sees Charlotte as a role model and is keen to help her achieve her dreams, but in previous seasons, this had never really been shown. The extent of this admiration and desire to be helpful is, not surprisingly, when Francesca takes it on herself to modify the Rapid for Charlotte; while the results were questionable, the intention was genuine, and Charlotte soon comes to realise this. Francesca, on the other hand, understandably becomes angry, since her efforts went up in smoke, and this also creates a chance for Gertrude to step in and help Francesca to see things from Charlotte’s perspective, appreciating the desire to set a record on her terms. Gertrude has rarely been seen interacting with the Witches from outside of Karlsland, and typically, said interactions are terse, focusing more on discipline and combat. However, having established that Gertrude deeply loves her younger sister, Chris, and that she sees Yoshika as a bit of an analogue for Chris, it was nice to see Gertrude showing viewers this side of her character by supporting and providing advice to Francesca; upon seeing her sand spheres’ smoothness as how Charlotte views the Rapid, she immediately realises she has to apologise for not having fully understood why Charlotte had been intent on setting the land speed record on her terms. Seeing these moments in Strike Witches show that outside of their usual circles, the Witches can certainly get along with one another. These frivolous slice-of-life style episodes in Strike Witches thus serve one important purpose: to remind viewers that the teamwork Witches display in the air come from having spent so much time living and training together that the Witches all understand one another well enough to work as a single cohesive unit during combat against the Neuroi. 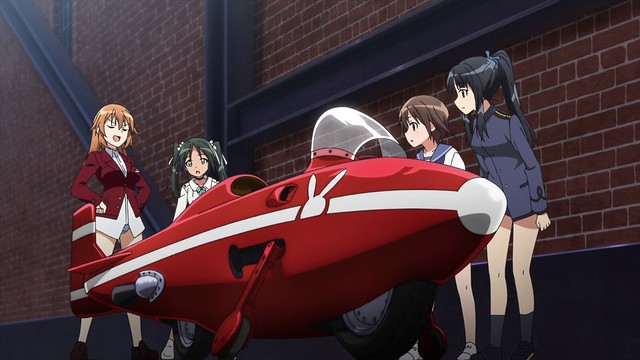 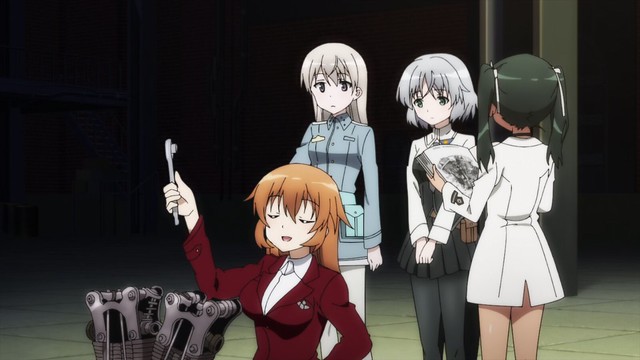 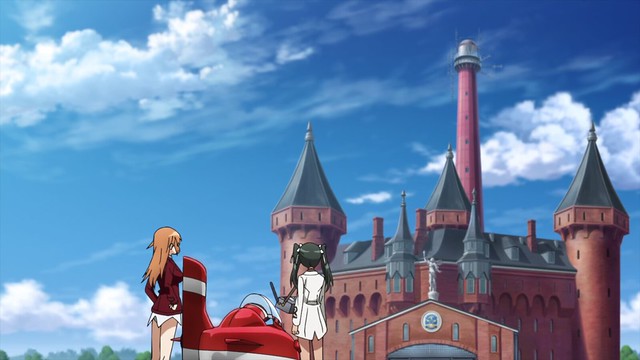 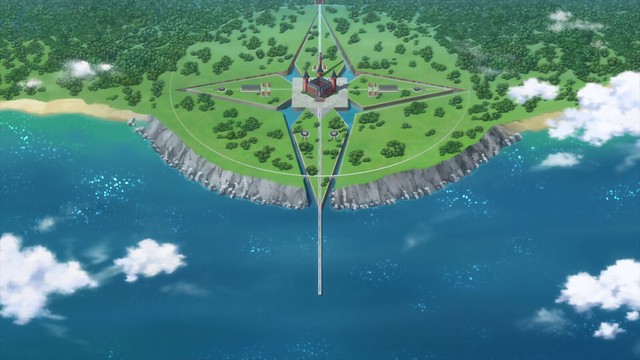 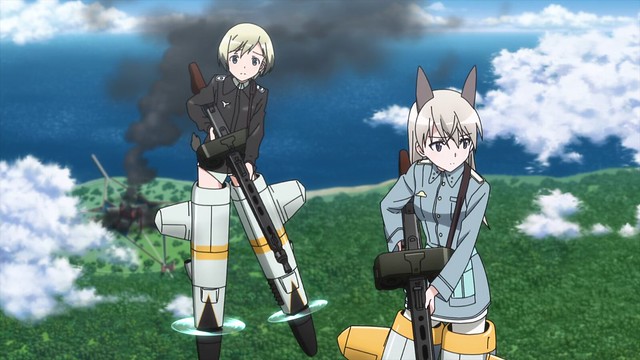 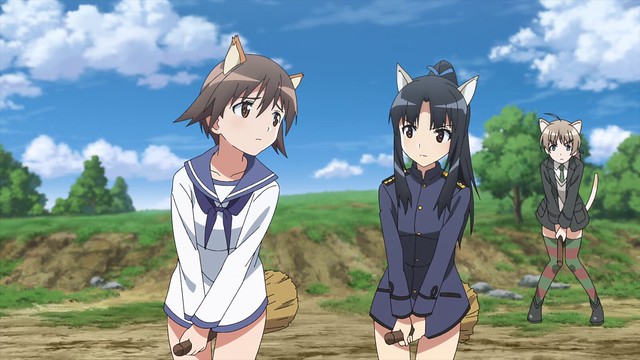 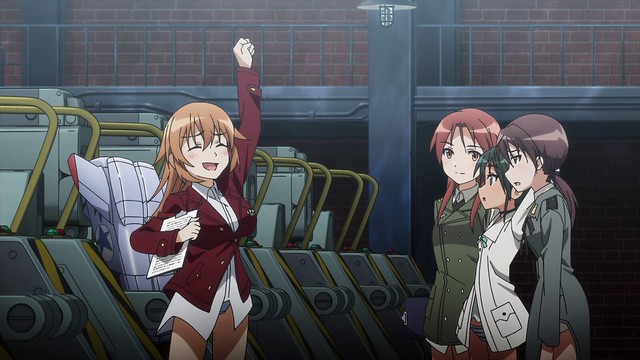 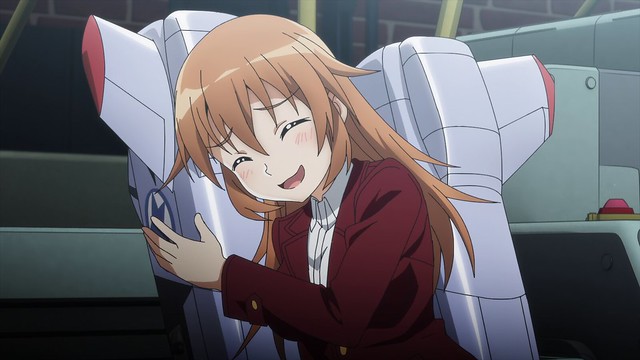 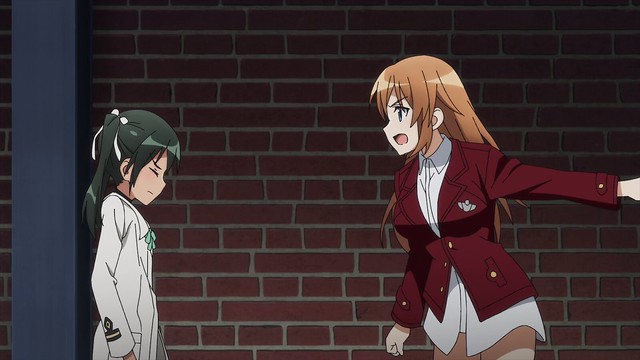 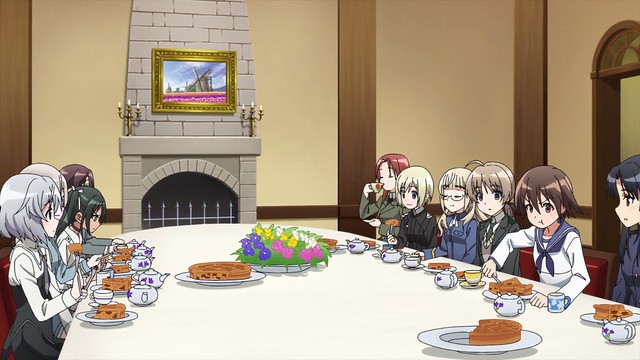 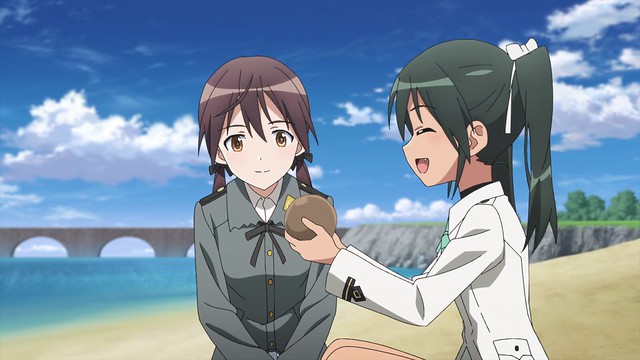 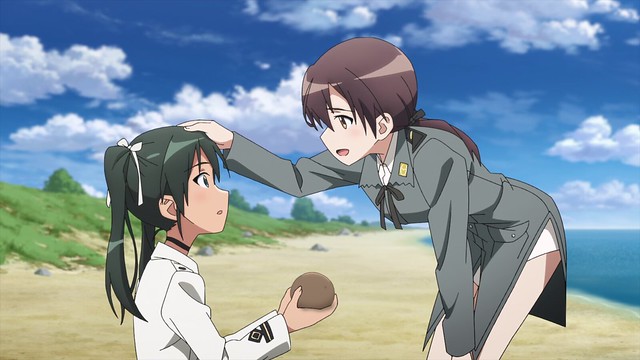 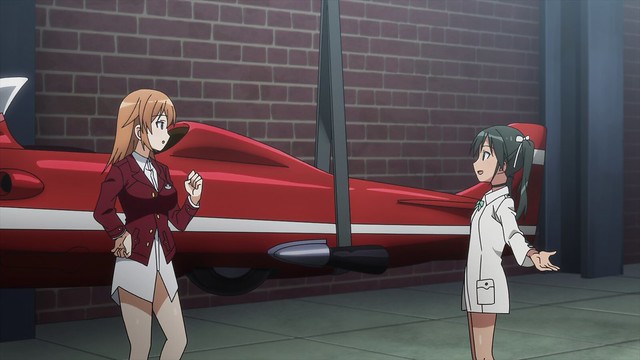 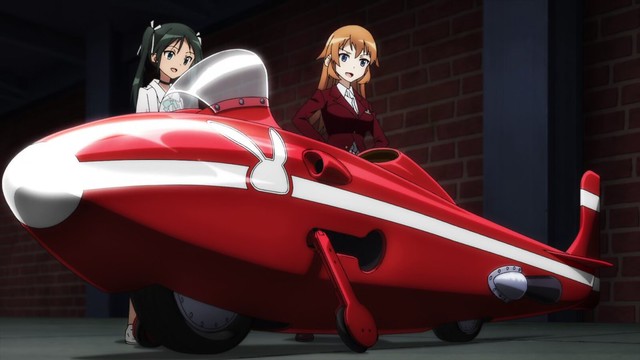 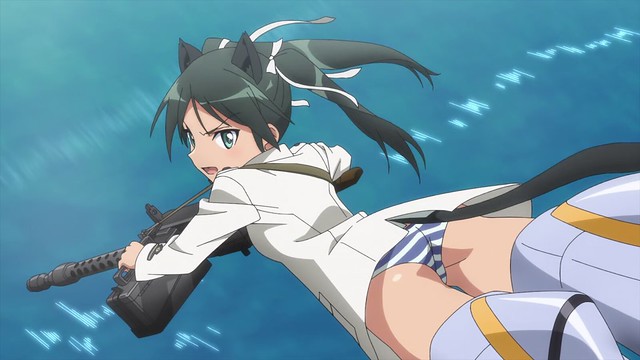 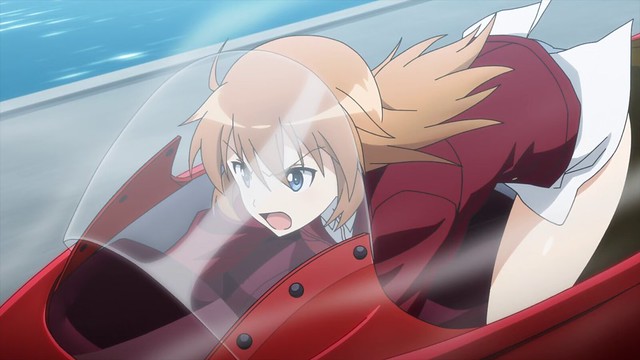 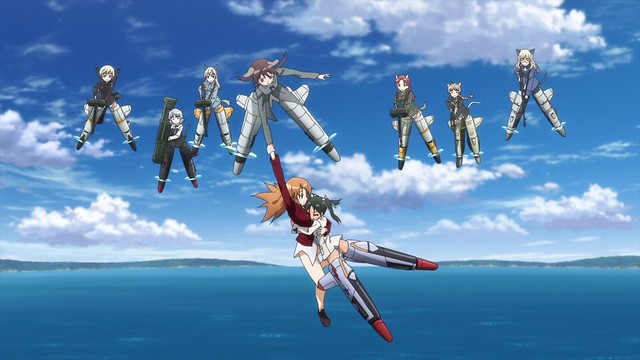 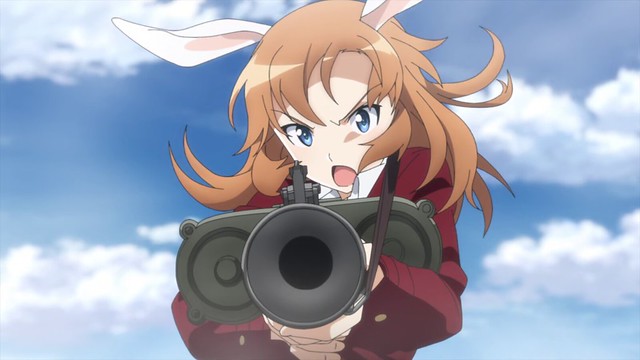 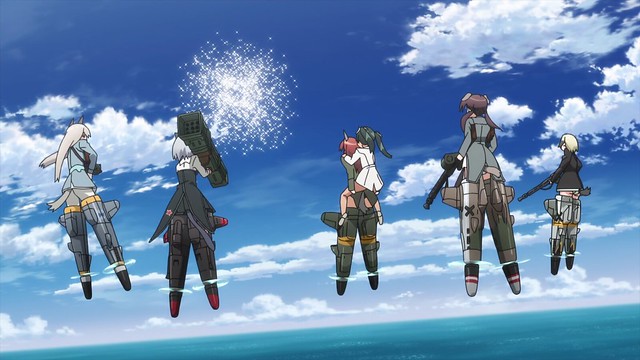 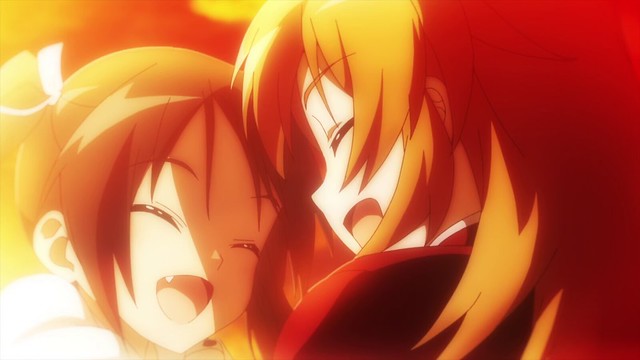 Road to Berlin suggests that it will be a ways yet before the port of Antwerpen is repaired and fully operational, meaning that at least, for the next several episodes, the series will follow on in the footsteps of its predecessor. Strike Witches 2 had Francesca meeting with Maria, the princess of Romagna, and here in Road to Berlin, it looks like Perrine will have a chance to shine next episode, when she, Yoshika and Shizuka visit the Queen of Nederland. It suddenly strikes me that this third Strike Witches season is aptly named: for the Witches and how the franchise portrays them, the Road to Berlin isn’t just about the horrors of combat and sacrifices needed for victory, but it’s also about the path the Witches take together. Small, subtle things like what each Witch likes and dislikes, as well as what everyone is fighting for, is as important as being able to fly and shoot well. Thus, the path to Berlin can also be taken to mean the everyday adventures the girls have with one another prior to dropping in on the Berlin hive; assuming this to be the case, it means that this season of Strike Witches will remain quite light-hearted and optimistic, as its predecessors had done. While the initial key visuals suggested a grimmer season was at hand, a third of the way in, there hasn’t been much to suggest that Road to Berlin will be considerably more serious than its predecessors. Series that had unnecessarily driven its narrative in a darker direction have not always benefited from doing so, and in Road to Berlin‘s case, I personally would prefer the series to continue playing to Strike Witches‘ strengths rather than employing tragedy and drama for shock value: the series has been constantly improving in subtle ways since the movie, and there’s really no reason to begin deviating too greatly from what has worked so well for Strike Witches.