2 Comments Posted by infinitezenith on October 31, 2020

“Here’s the beautiful lady with the beer.” –Ernest Hemingway

While this fourth episode might’ve featured Oktoberfest prominently, it remains subtly tied to themes surrounding the future and specifically, the lingering question of which high school Chino plans to apply for. Consequently, the episode excels in showcasing high school life from a completely different perspective – unlike Sharo and Rize’s school, which has a very formal and structured atmosphere, Cocoa and Chiya’s school feels more easygoing and spirited. Cocoa and Chiya’s classmates are capable individuals, but are more laid-back than their counterparts at Rize and Sharo’s school. This creates a noticeably different atmosphere that each of Chino, Rize, Sharo, Maya and Megu notice. The culture festival thus serves two purposes: it is a chance for Cocoa and Chiya’s school to really show its best side for Chino, and offer viewers a juxtaposition between the previous episode. For Chino, then, the decision becomes an easy one: seeing how inviting and warm the students at Cocoa and Chiya’s school are seals the deal for her. Recalling how Chino had resolved to become more comfortable around new people and appreciates how Cocoa’s entry into her life has resulted in many, positive changes, Chino realises that she cannot be around Maya and Megu forever, and so, sets herself on a path that will allow her to pursue a future that is best suite for her. At the end of the episode, Chino’s made a concrete decision, and this means for the remainder of BLOOM, with graduation being the next major milestone, I imagine that thoughts of the future will probably be shifted to the side as the girls aim to make the most of the moment. 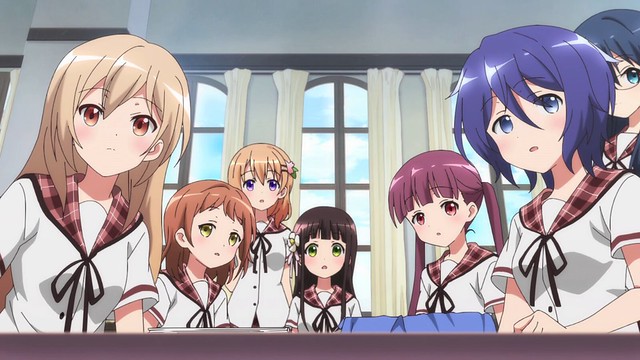 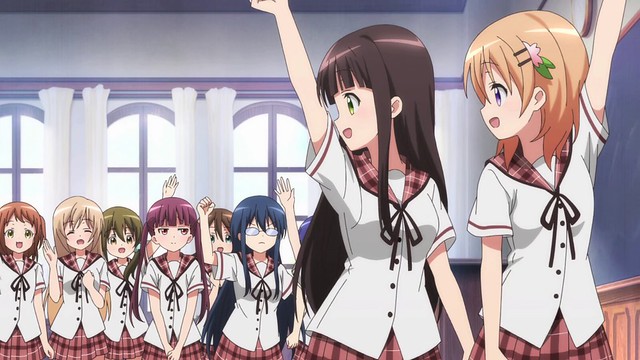 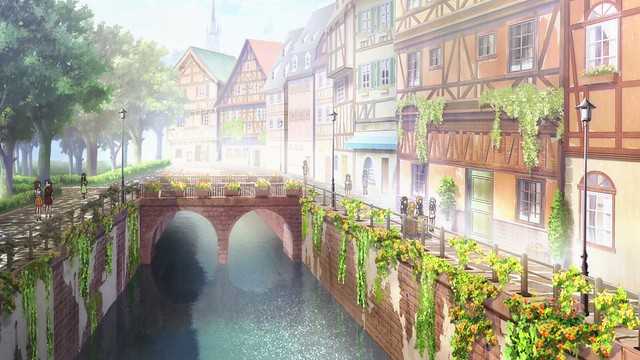 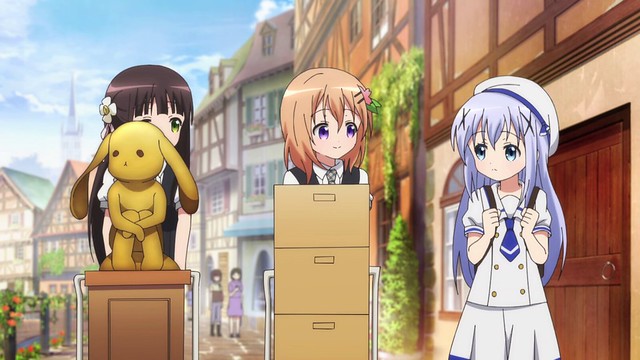 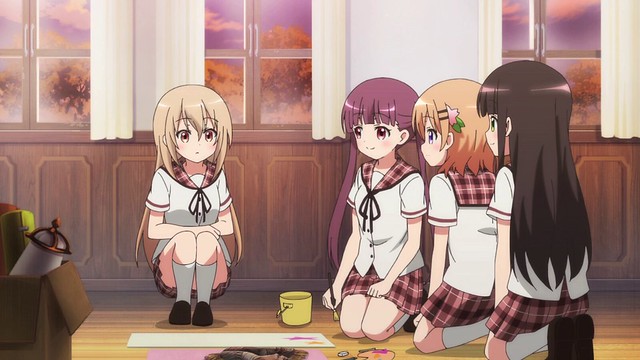 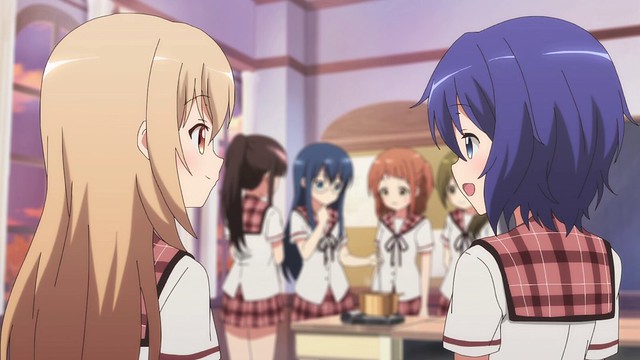 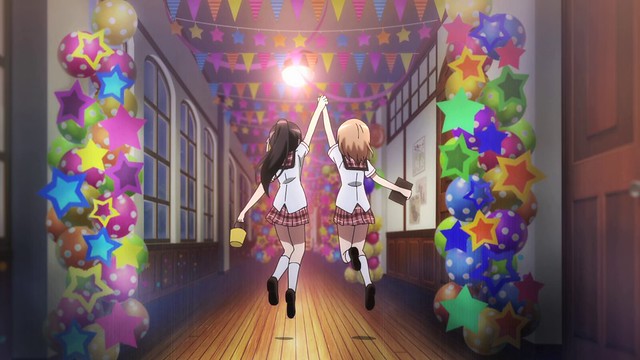 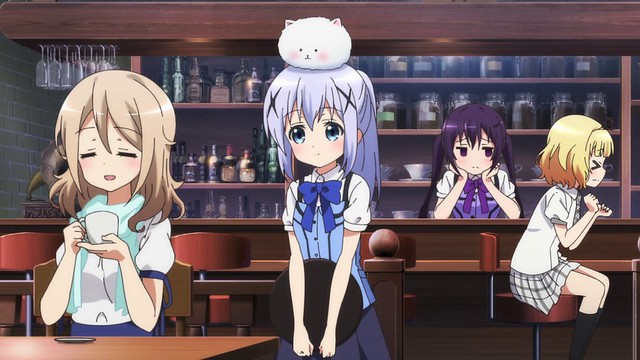 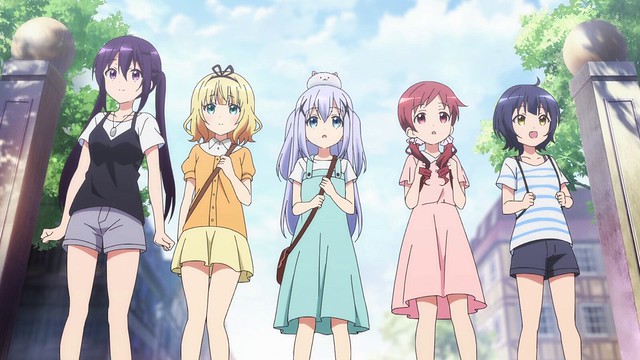 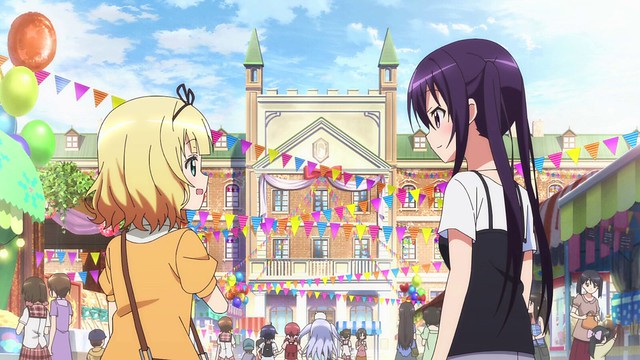 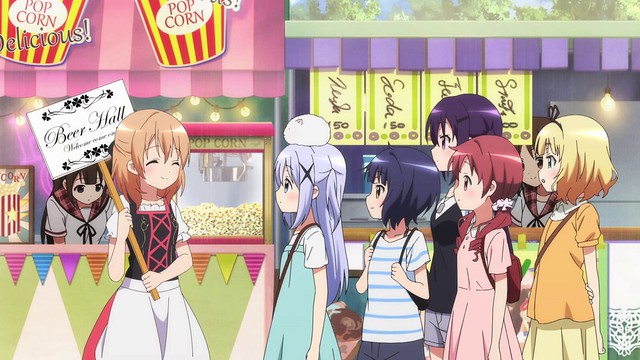 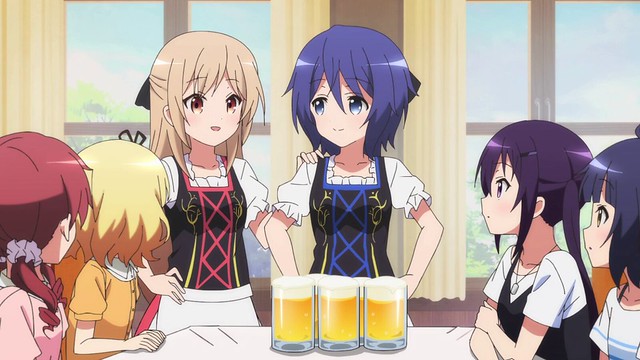 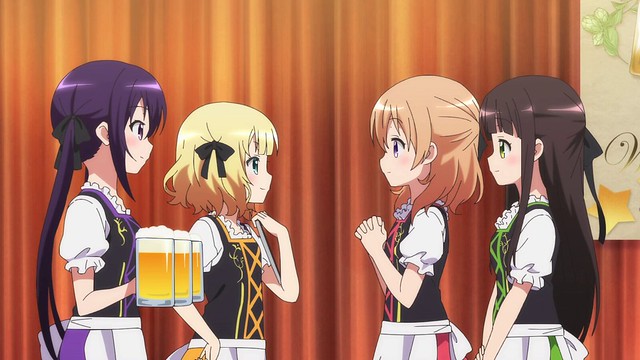 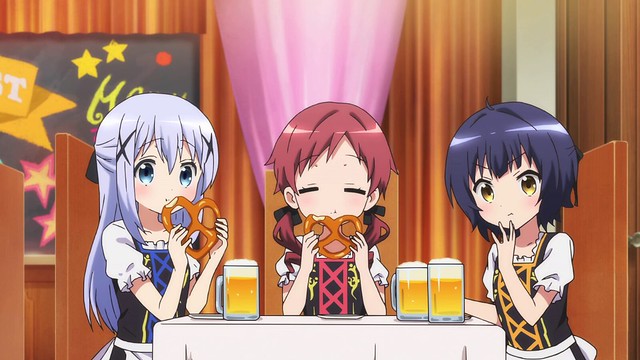 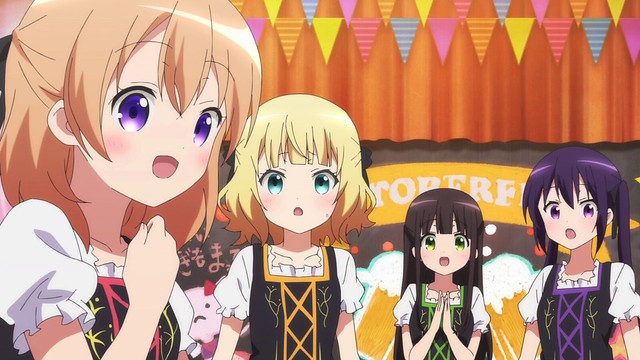 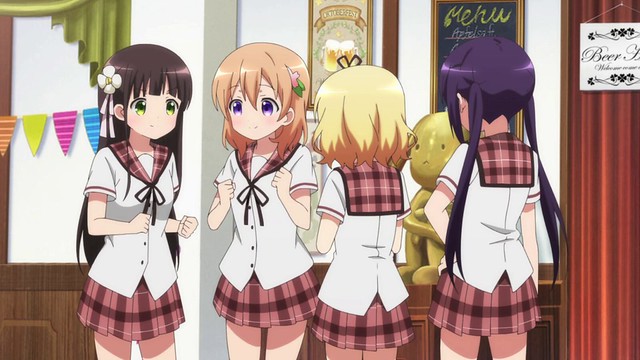 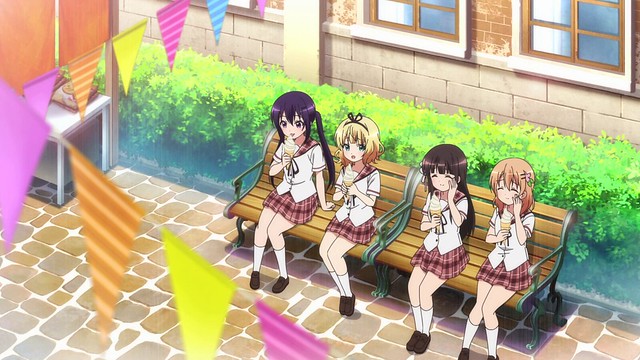 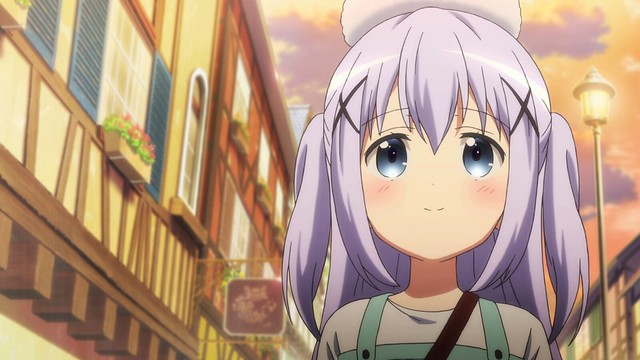 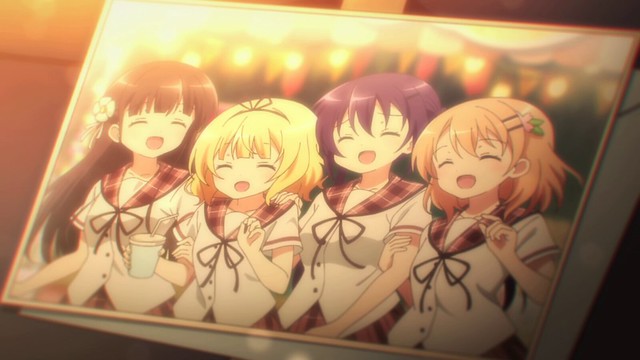 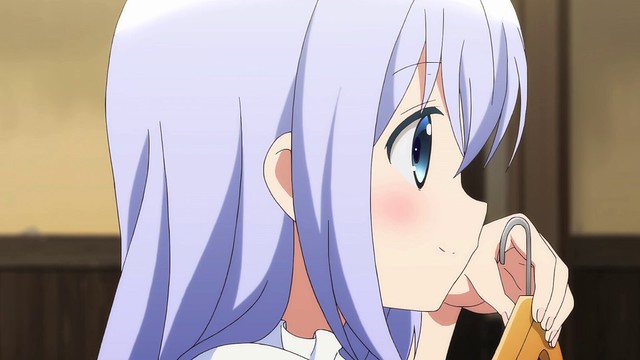 Besides advancing the story in a meaningful manner, BLOOM also demonstrates that Encourage is doing a superb job with its artwork and animation. The culture festival at Cocoa and Chiya’s school is very lively, and care was taken to ensure each scene captured this energy: the school grounds, hallways and classrooms are all filled with people, both students and visitors alike. While most anime typically resorted to slights-of-hand to handle large crowds (such as rendering simplified, paper-like figures), BLOOM has elected to render all characters in full, which serves to further enhance the immersion and really create the sense that GochiUsa is set in a living, breathing world. Upon seeing the excitement and energy at the culture festival, both from Cocoa and Chiya’s class, as well as all of the other presentations from the other classes and clubs, BLOOM has fully captured the aesthetic and atmosphere at Cocoa and Chiya’s school – the viewers also get to see what captivates Chino and ultimately leads to her decision. I believe at this time five years ago, when Cocoa, Chiya, Rize, Sharo, Chino, Maya and Megu shared high tea together, they were celebrating entering a new semester; the march of time is relentless, and as the group of friends head towards graduation, I am going to be interested in seeing how they spend their time together before taking off to pursue their futures.