Warlords of Sigrdrifa: Review and Reflection After Three

“A wise king never seeks out war, but he must always be ready for it.” ―Odin, Thor

After the appearance of the mysterious Pillars, which prove resistant to all of humanity’s weapons, the Norse God Odin appears and claims that Ragnarök is near. He offers humanity the Valkyries, as a means of defeating the Pillars. Valkyries pilot magic-powered aircraft into battle, and Claudia Braford leads the European campaign. However, she regrets joining operations where she is the sole survivor. When she is transfered to Japan as a member of the 909th at Tateyama Base, she finds herself joining a team of inexperienced, but friendly Valkyries: Miyako Muguruma, Azuzu Komagome and Sonoka Watari. After completing several successful operations with them, Claudia begins to feel as a part of the squadron as a teammate, spending equal time with Miyako, Azuzu and Sonoka in their air as she does in their everyday lives, and over time, begins to appreciate that the world is more than just taking to the skies for humanity’s sake, and that things like friendship and camaraderie are also worth fighting for. This is Warlords of Sigrdrifa, an anime that was originally scheduled to air during the summer of 2020 but was delayed to the fall season as a result of the ongoing global health crisis. The anime adaptation has insofar proven to be fun, striking a balance between the grim realities of warfare and the more familiar daily lives of energetic and spirited youth; on its own Warlords of Sigrdrifa is an engaging series that, while utilising a very familiar premise of unknown, faceless invaders acting as a common enemy, differentiates itself from other series of its genre with a unique set of protagonists, all of whom have their own reasons for fighting.

Despite being a series that prima facie appears to be right up my wheelhouse, the greatest challenge that Warlords of Sigrdrifa faces at present is the fact that the delay in its airing means that the series is directly competing with Strike Witches: Road to Berlin this season – comparisons between the two are going to be inevitable, especially since both series are focused on aerial combat, the Pillars and Neuroi are counterparts to one another in their respective worlds, and the Valkyries share numerous similarities with the Witches, being talented young women with the power necessary to fight a foe that has otherwise proven unbeatable by conventional means. Strike Witches holds the edge in that it has had more time for world-building, and more time to really develop the characters out, whereas Warlords of Sigrdrifa is a newcomer and therefore must differentiate itself. This is accomplished by going with a much smaller group of central characters: the 909th only consist of Claudia, Miyako, Azuzu and Sonoka, so with only four Valkyries available, the matter of maintenance, logistics and support fall upon the other staff at Tateyama base. Unlike Strike Witches, where the Witches’ were initially presented as being the single element capable of preventing the war from turning outright against humanity, Warlords of Sigrdrifa thus suggests that even with the Valkyries, conventional soldiers and staff still need to play their part, from the mechanics and commanders, to ordinary soldiers who are, fortunately, most willing to assist their Valkyries out. Notions of cooperation and teamwork at a much larger level is seen in Warlords of Sigrdrifa, offering a much more compelling argument for the series’ theme about the significance and value of both teamwork and friendship. 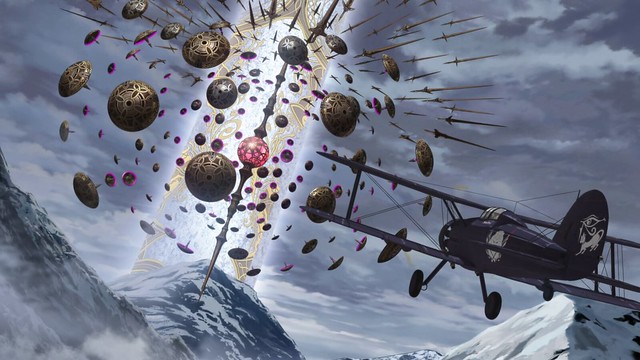 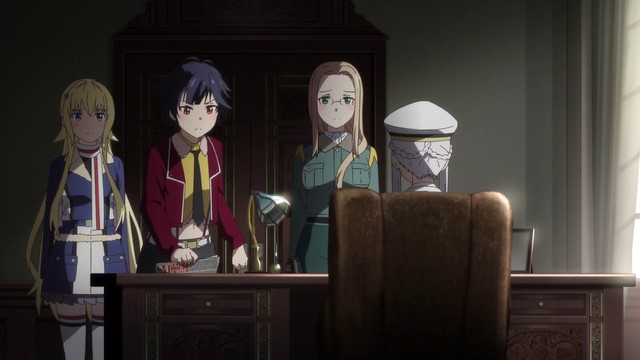 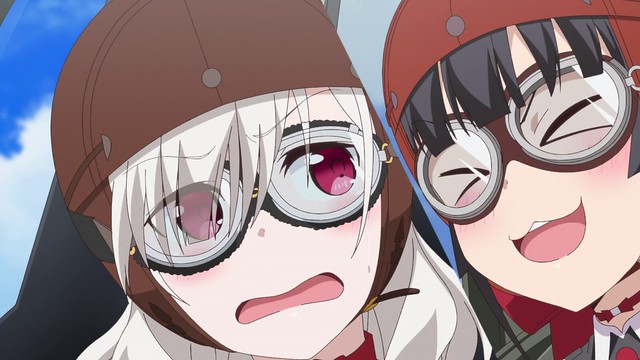 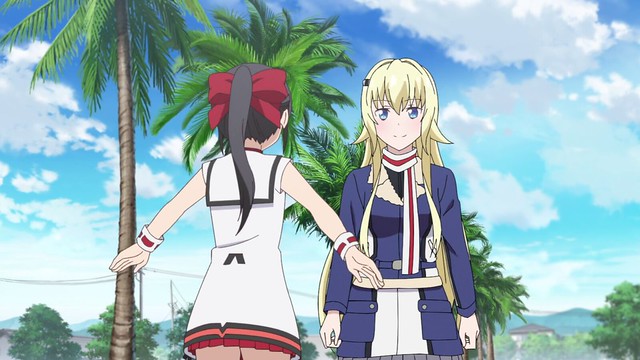 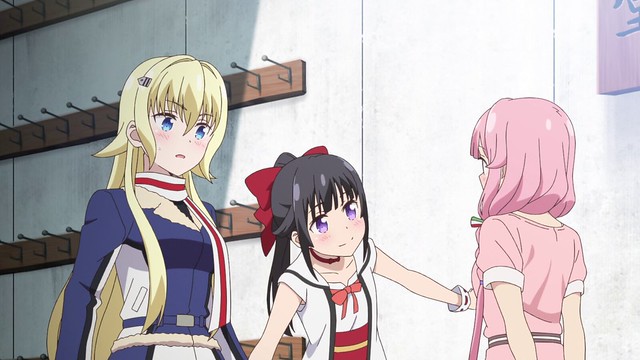 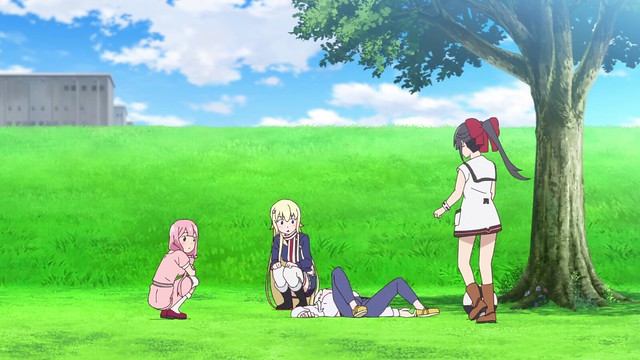 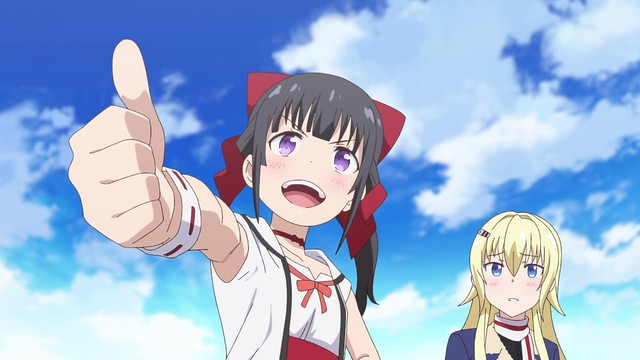 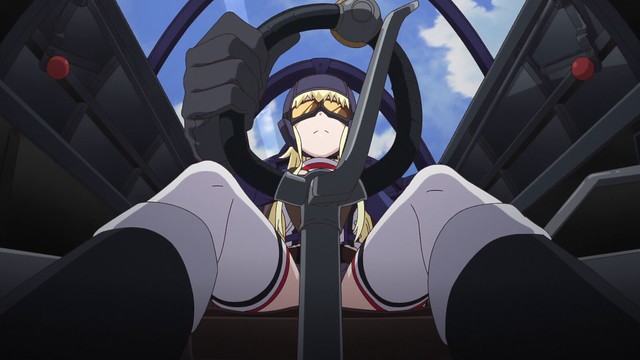 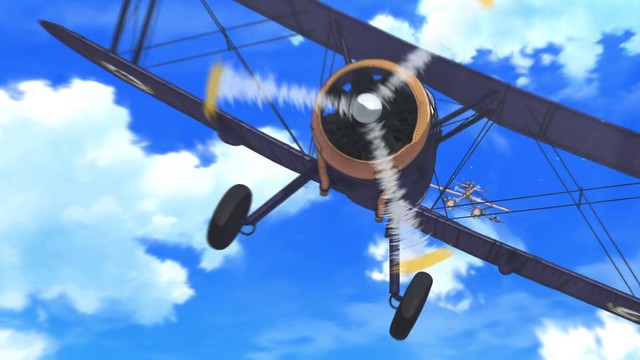 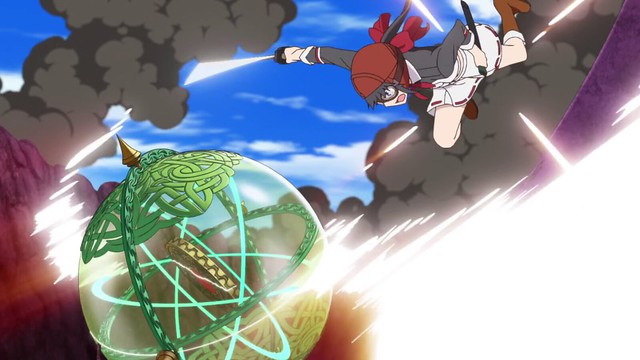 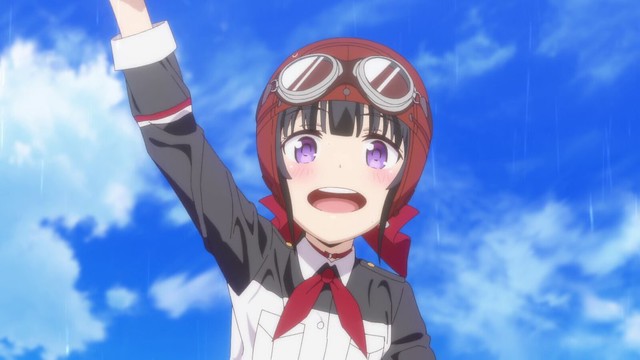 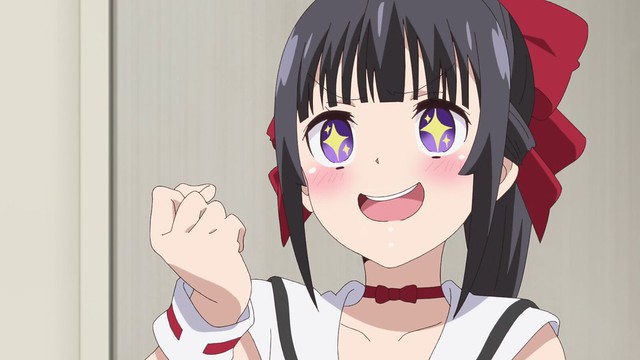 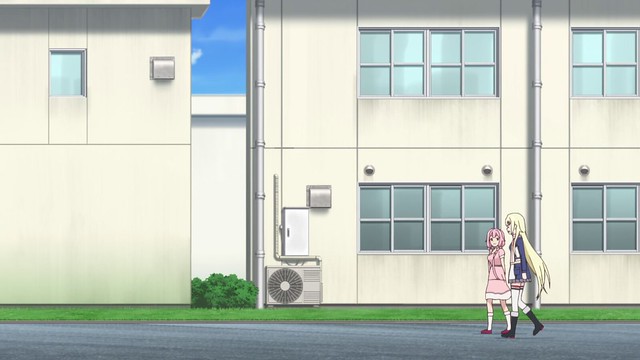 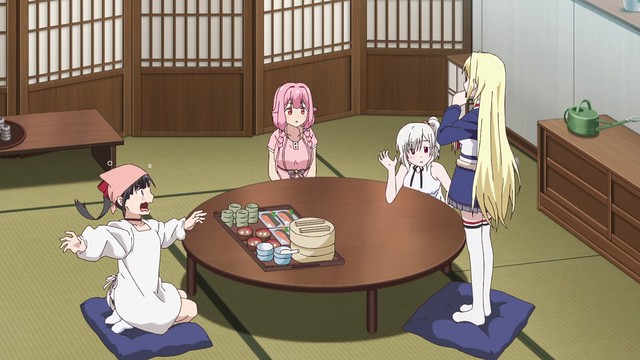 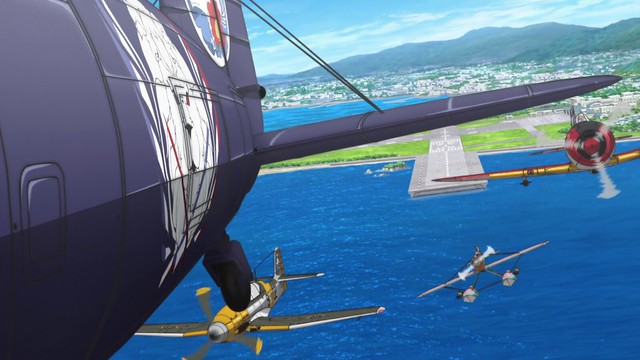 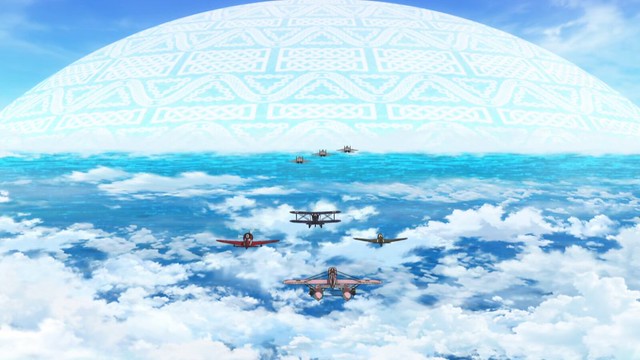 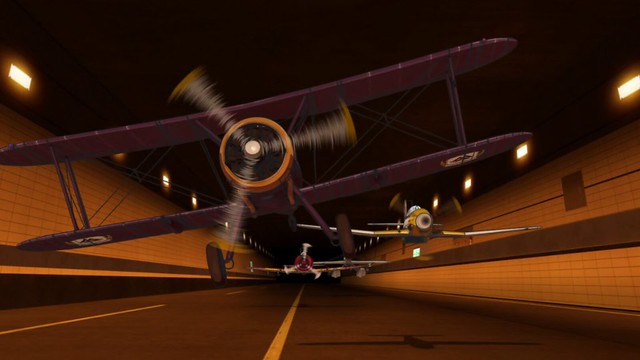 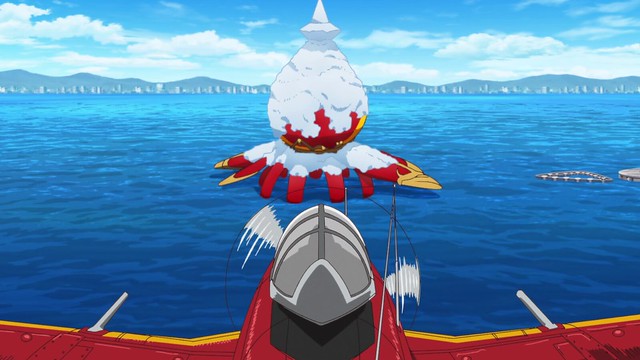 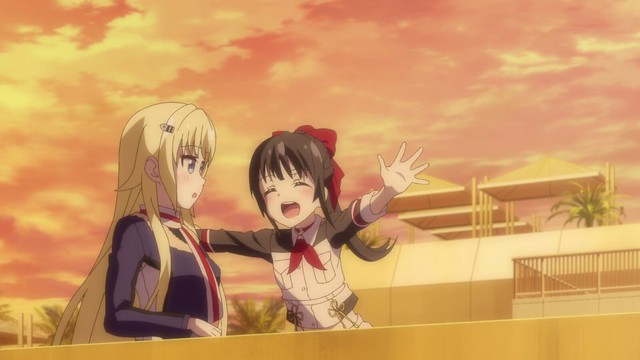 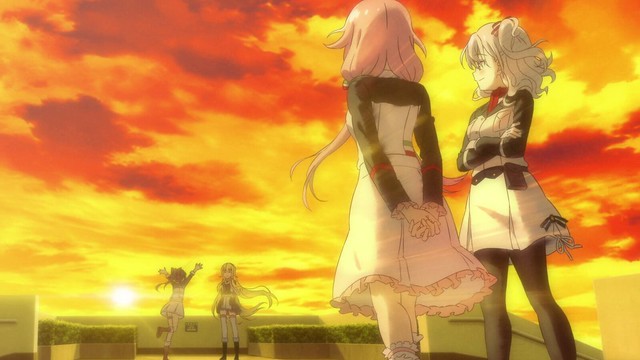 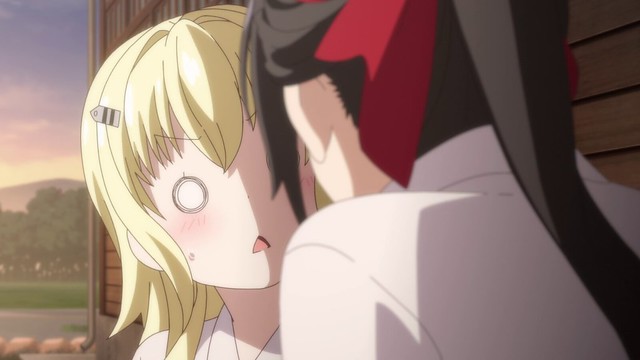 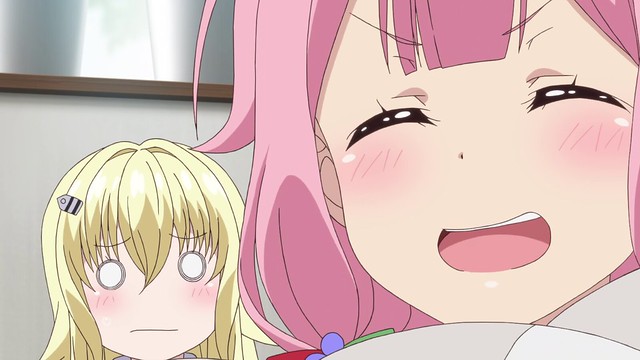 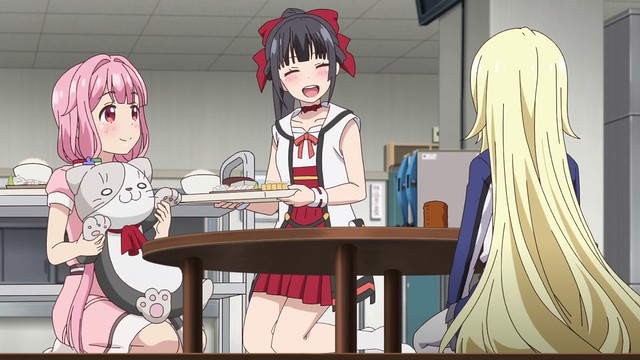 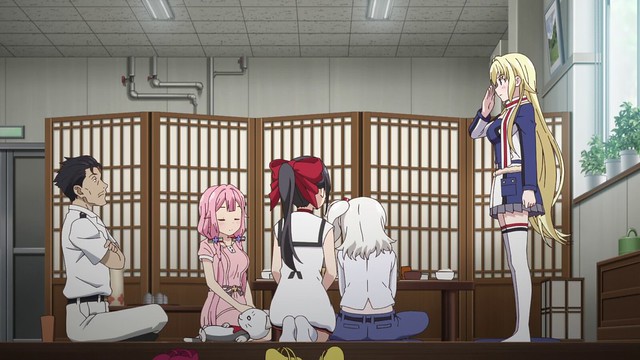 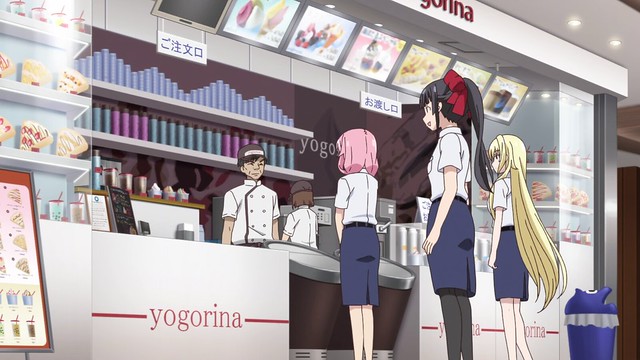 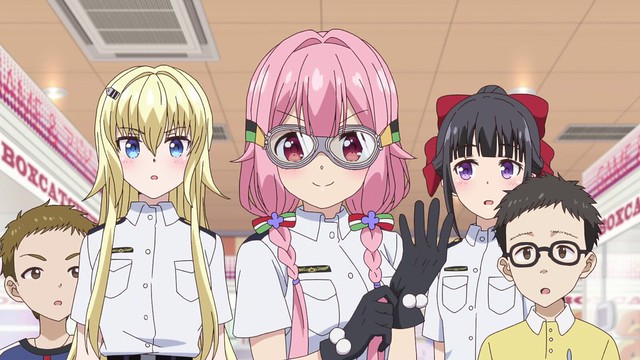 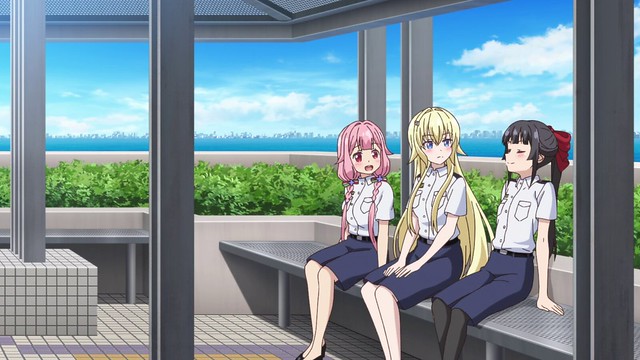 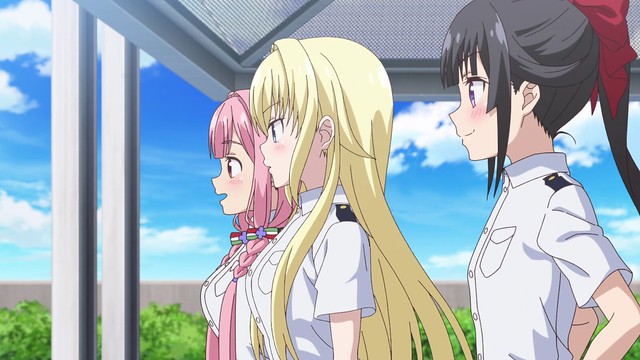 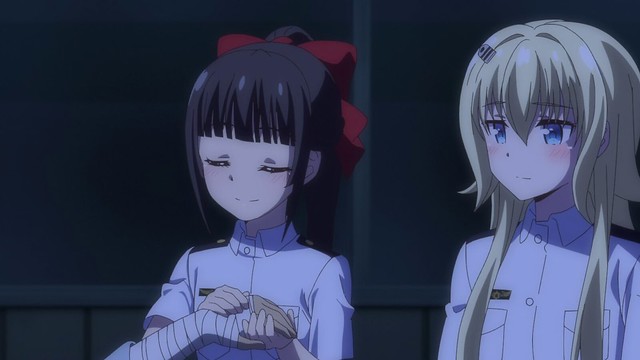 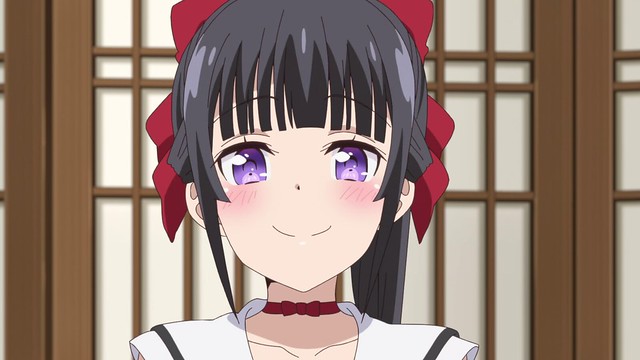 At three episodes, it is still early to be deciding whether or not Warlords of Sigrdrifa will manage to distinguish itself from Road to Berlin of its own merits. Warlords of Sigrdrifa has established that beyond a common premise, the themes are likely to be different to what Strike Witches aimed to convey, and although it is still early in the season to be deciding whether or not the anime is a solid contender even when going up against something like Strike Witches, it is apparent that Warlords of Sigrdrifa does intend to be itself. Consequently, I will continue to follow this series with interest and see what lies ahead for the 909th, as well as how the combined efforts of Claudia, Miyako, Azuzu, Sonoka and the Tateyama base will play a pivotal role in staving off Ragnarök – I imagine that unlike Thor: Ragnarök, where Thor realised he had to allow Surtur to destroy Asgard in order to defeat Hela, the Valkyies will not allow for Midgard to be defeated by the Pillars. Furthermore, Warlords of Sigrdrifa does seem to swing between the serious and the light-hearted, more so than Strike Witches; whereas Strike Witches is familiar, Warlords of Sigrdrifa could represent a chance to explore directions that the former typically does not, and this could result in a thrilling ride for viewers, especially if the series elects to showcase the interplay between the horrors and desolation of warfare, as well as the meaning of friendship.