A Fluffle of Rabbits is Also Most Welcome: Gochuumon wa Usagi Desu Ka? BLOOM Review and Reflections At The Halfway Point

2 Comments Posted by infinitezenith on November 14, 2020

“I like the idea of being warm and secure. That’s what home should be. That you have a sense of warmth, security, love, and you love the things around you and surround yourself with beauty.” –Andre Leon Talley

With graduation photos rapidly approaching, Chino, Maya and Megu notice their classmates rocking new hairstyles. While they promise to keep things simple for their own photos, each of Megu, Maya and Chino can’t help but wonder if they should at least spruce up a little, since graduation photos will be a permanent record of things. Megu runs into Chiya, who is cutting Sharo’s hair, and when the two offer to give her a haircut, Chiya’s grandmother steps in and says she’s got a particular cut in mind for Megu. Meanwhile, Maya wonders what she can do, since having short hair limits her options, and wishes she could at least make her hair lie flat. Rize happens to be visiting the same store, and gives her a hairclip. Upon noticing Tippy sporting a rather dashing cut, Chino asks Cocoa to give her a haircut, but inadvertently causes Cocoa to mess up when she remarks that she might consider attending a different high school if Cocoa is always around. In the end, the haircuts still come out well enough, with Chino and Cocoa sporting the same style. Later, Rabbit House hosts an all-you-can-eat Bread Festival. Chino worries that the bread and pasta specials Cocoa and Rize has will overshadow Rabbit House’s coffee, but after Rin orders a special blend upon seeing Sharo’s look of bliss when drinking it, Chino realises that her coffee is doing well enough. Some children also watch Chino make latté art; as Chino becomes more comfortable around others, Cocoa and Rize feel that Chino’s beginning to open up. While cleaning up after the Bread Festival, Tippy points a feral rabbit out to Chino, who is able to pet it without said rabbit running off. At BLOOM‘s halfway point, GochiUsa‘s third season continues to advance personal growth amongst the characters, with this week’s focus being on Chino, whose personality has noticeably changed since earlier seasons as a result of Cocoa’s influence.

The sixth episode to BLOOM is split down the middle into two acts: the first follows Chimame as they prepare for graduation photos. While the three friends are inseparable, BLOOM chooses to have each of Megu, Maya and Chino prepare in their own way. Megu steps out of her comfort zone and decides to ask Chiya for a haircut, but ends up getting a special haircut from Chiya’s grandmother. Maya ends up getting a few pointers from Rize, who uses a hairclip to completely change the air that Maya conveys without a haircut, and in the process, manages to help Rize pick out something, too. Finally, Chino entrusts Cocoa to cut her hair, and despite a small mistake, winds up with something that works. Takahiro compliments Chino and Cocoa’s new haircuts, saying that Cocoa and Chino are beginning to resemble one another, and together with Chino’s attempts to cuddle with the stray rabbits around town earlier in the episode, plus the fact that Chino is beginning to be more receptive to being addressed as an older sister, BLOOM indicates to viewers that for better or worse, Chino is beginning to be more Cocoa-like; specifically, Chino is now more outgoing and expressive than before. While she may still have trouble in being honest with how she feels, the changes in Chino’s character are apparent. Similarly, in doing her utmost to earn Chino’s respect, Cocoa herself has become more reliable and capable than before, even if she is still prone to mistakes whenever worried or distracted. Through BLOOM‘s sixth episode, GochiUsa portrays characters as slowly changing over time, imbibing the traits of those around them while retaining the attributes that make everyone unique to remind viewers that people are impacted by the company they keep, but despite the influences of one’s friends and acquaintances, people will always have their own distinct personalities that make them stand out. 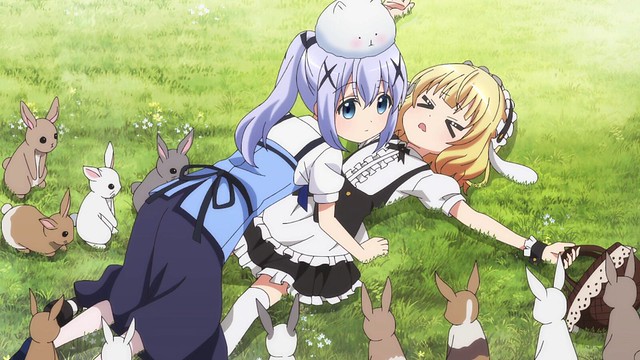 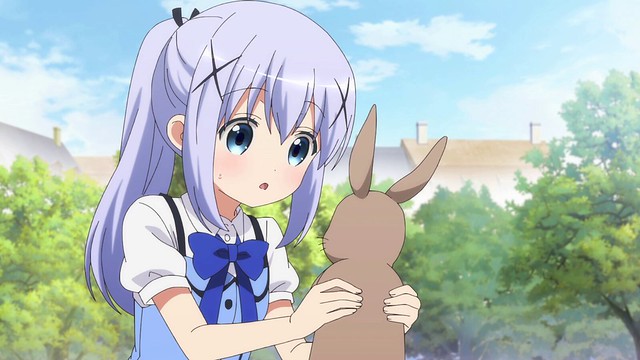 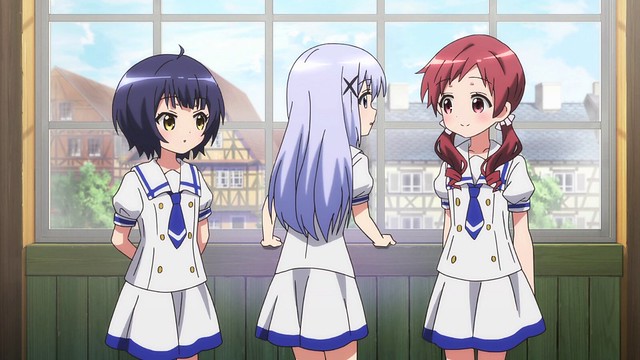 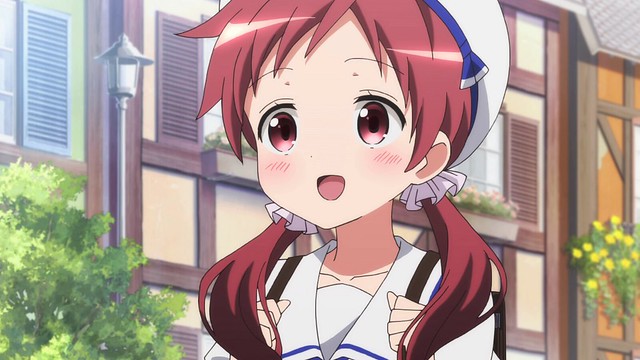 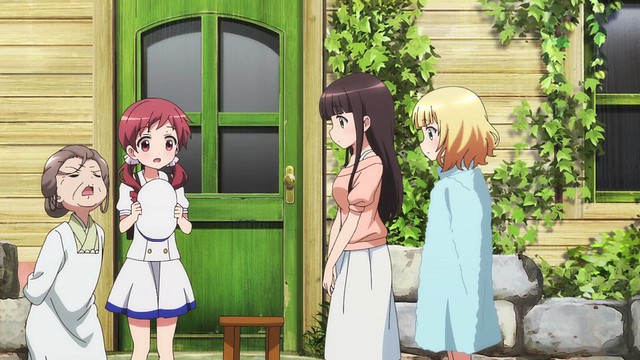 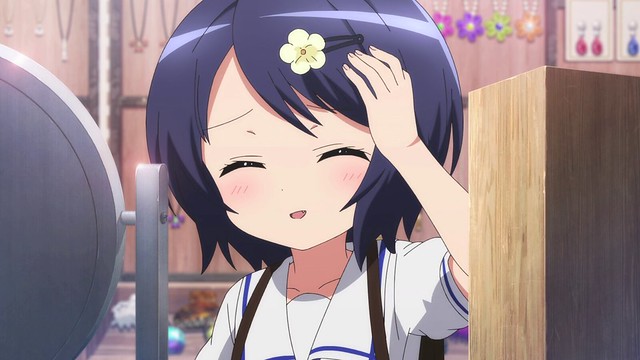 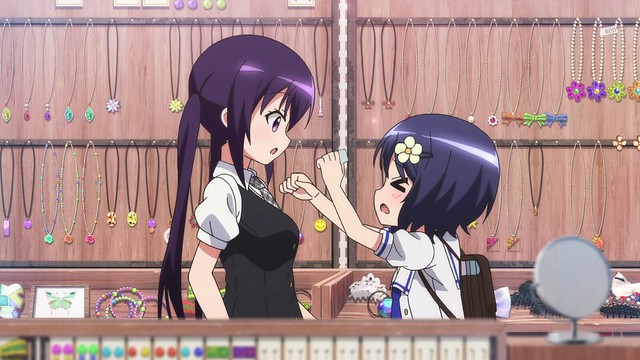 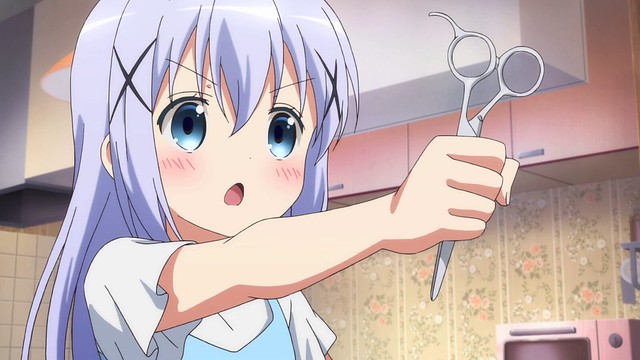 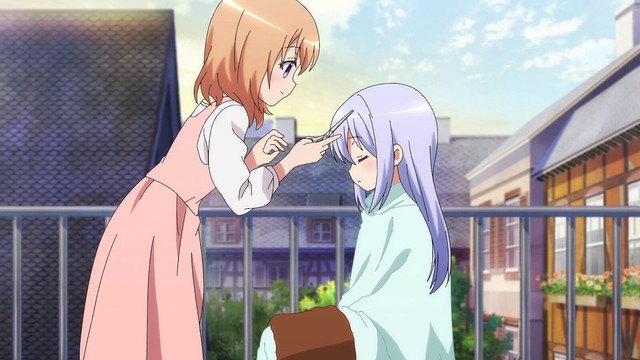 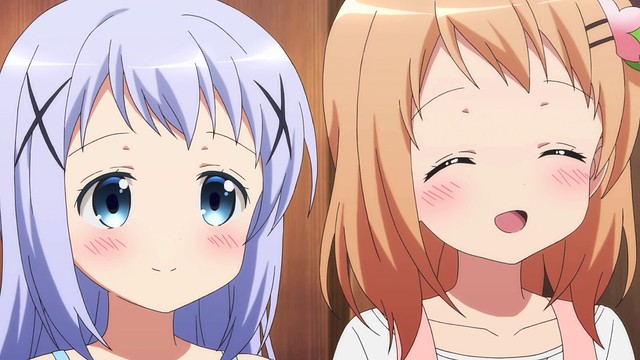 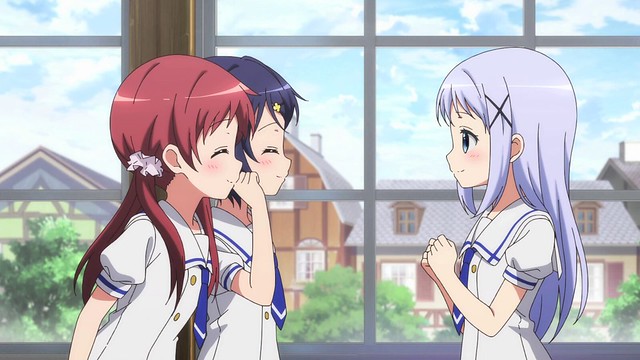 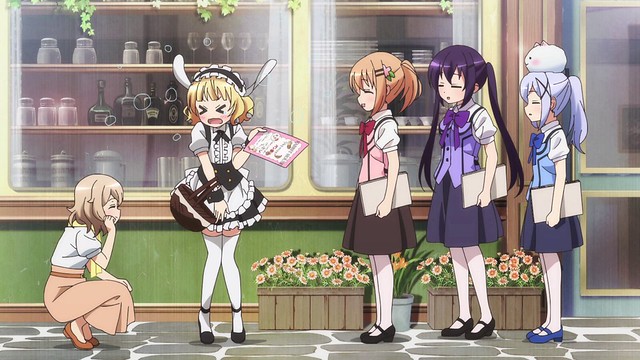 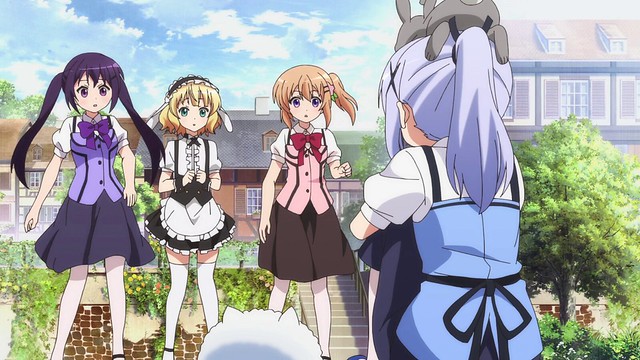 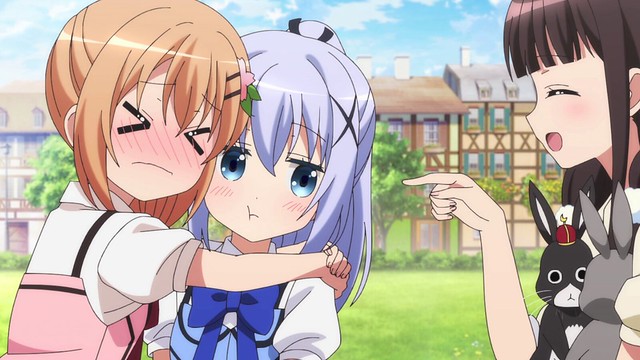 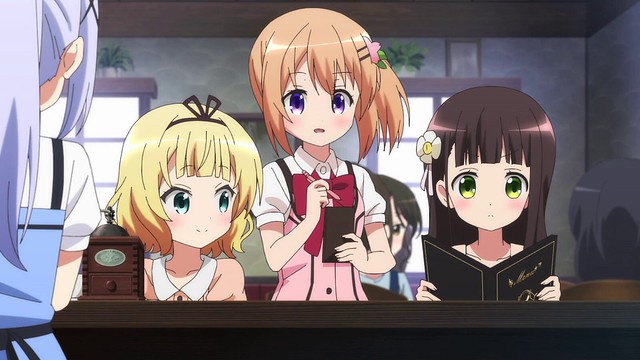 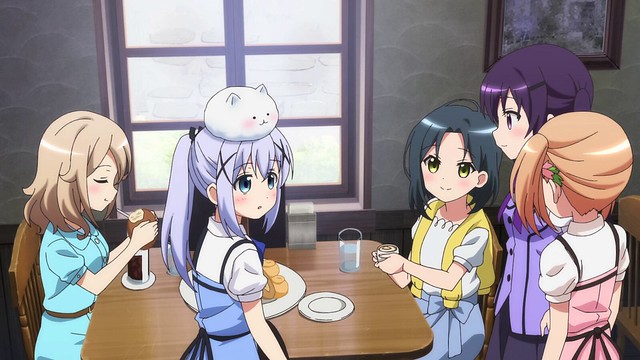 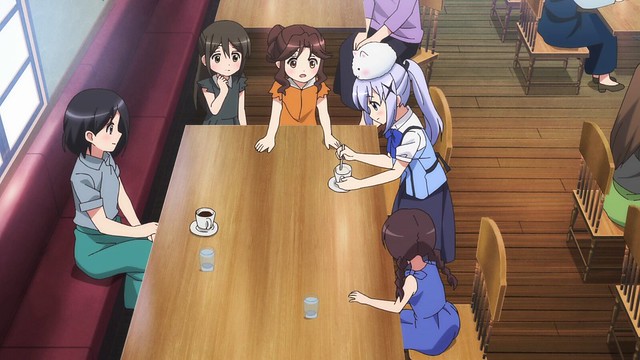 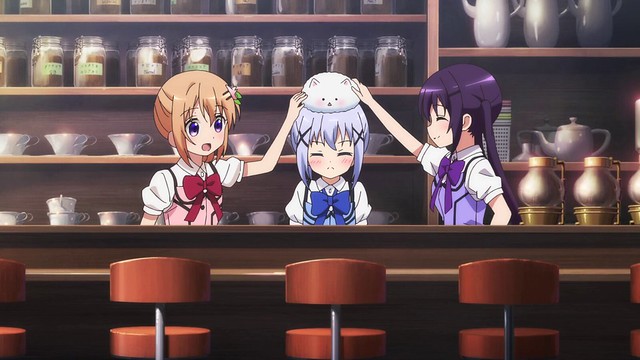 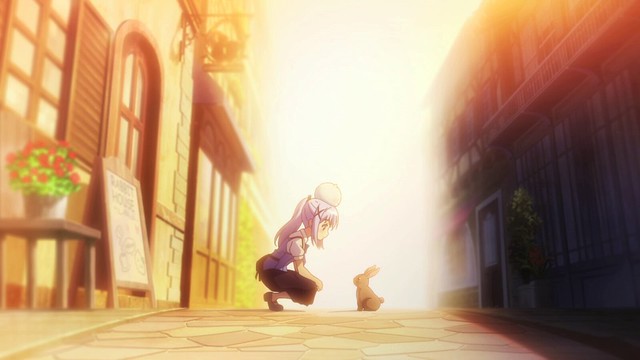 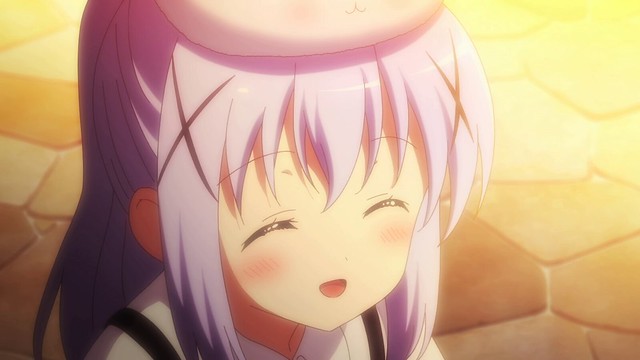 Autumn is now in full swing in BLOOM, and following a Bread Festival intended to warm everyone up, it is clear that winter is fast approaching for Chino and the others. While thoughts of graduation in spring, and new beginnings are never too far from the characters’ minds, the time between the present and this milestone is still a ways off: because GochiUsa has always been about appreciating the moment, I imagine that with the remaining half to the series, BLOOM will strike a balance between making the most of the present (through the adorable, fluffy moments the series is known for) and subtly making mention of the future as the characters begin preparing for the next steps in their lives. Amidst all this, however, there is never a sense of melancholy or longing for days past. Chino and the others are equally as excited about the future as they are happy in the present, and BLOOM excels in conveying that this balance results in being able to create treasured memories with the now, as well as being prepared for tomorrow. As it stands, BLOOM has been the strongest, thematically, of all the GochiUsa seasons insofar, warming the hearts and mind of viewers each and every week it’s been airing. While Mocha’s absence is noticeable, the fact that BLOOM is able to keep its momentum going and sustain such an engaging story even without Mocha, serves to show that GochiUsa is not a series where any one character carries the show, but rather, it is the sum of the characters’ interactions and adventures that keep things fresh every week. Entering the second half of BLOOM, it should be no surprise that viewers will be in for a treat, and furthermore, it should be no surprise that BLOOM will continue to be surprising for all of the right reasons.

2 responses to “A Fluffle of Rabbits is Also Most Welcome: Gochuumon wa Usagi Desu Ka? BLOOM Review and Reflections At The Halfway Point”