6 Comments Posted by infinitezenith on November 18, 2020

After Yoshika’s magic fails during a routine sortie, Lynette sets off to search for herbs in the nearby woods in the hope that something might help Yoshika. Instead, she stumbles upon an artefact of some sort, containing an ancient figurine that augments a Witch’s bust. The figurine also possesses Francesca and begins cursing the other Witches on the base. It turns out this figurine was used by earlier Witches as a means of praying for a successful harvest. After Eila and Sanya fall under the curse’s influence, Yoshika and the others attempt to destroy the figurine. Eventually, Yoshika herself is taken as a sacrifice for the ancient ritual, leaving Lynette to save her. With a well-placed round from her Boys AT Rifle, Lynette destroys the statue, returning everyone to normal. In the debriefing, Yoshika decides to ask Lynette for another shot to feel her up, as they’d been interrupted earlier: it appears that groping someone is inexplicably related to Yoshika’s ability to recharge her magic. Standing in sharp contrast with the sixth episode, Road to Berlin‘s seventh episode is an entirely light-hearted, almost meaningless romp that ventures into the realm of the supernatural: the only reason that an ancient figurine can plausibly cause a curse and possess Witches without drawing much ire is because the entire Strike Witches universe is built on the premise of magic, so it stands to reason that rogue magic could potentially manifest in an object and take on a life of its own. As it stands, the seventh episode offers crude laughs at the expense of advancing the story in Road to Berlin, perhaps even more uncivilised manner than its predecessors had done during earlier seasons.

While unremarkable on its own, Road to Berlin‘s seventh episode does offer one curious parallel to modelling the spread of infectious agents in a closed environment – for Lynette, after the figurine’s effects are known, the Witches aware of what’s going on are sent into a desperate attempt to escape those who become cursed, and those unaware (such as Minna) simply succumb without resistance. In a matter of hours, almost all of the Witches fall under the curse’s influence: while this curse is not self-limiting, it does have clear adverse effects on the Witches and a mode of transmission, allowing it to be seen as being similar to an infectious agent. The seventh episode thus suggests at the Witches’ vulnerability to things like curses (we suppose that normal bacterial and viral infections can be trivially dealt with using healing magic) because of their general lact of exposure and familiarity with magical curses. At a more general level, this episode can indicate how once an infectious agent is introduced to a relatively closed environment, its spread is bewilderingly quick. As such, while viewers may share a laugh at what happens in Road to Berlin‘s fanservice episode as a result of the curse unearthed, the events of said episode might also be a reminder to be careful in dealing with the current health crisis: unlike the Witches, who can simply end the figurine’s curse with a .55 round, we must continue to be diligent and do what’s necessary to avoid unnecessary exposure until such a time when a vaccine becomes available. 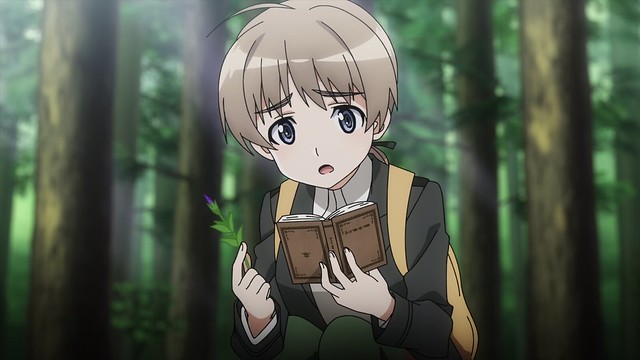 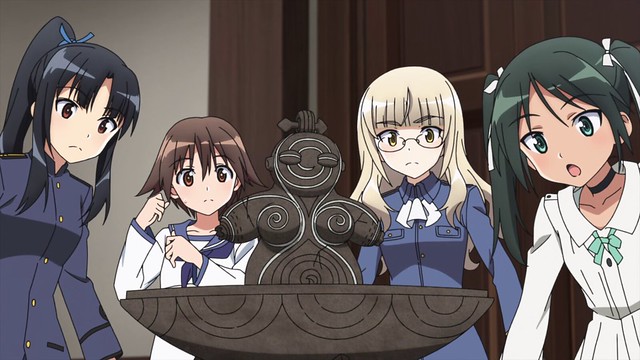 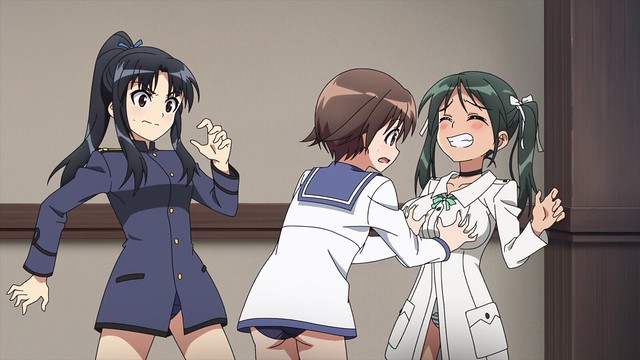 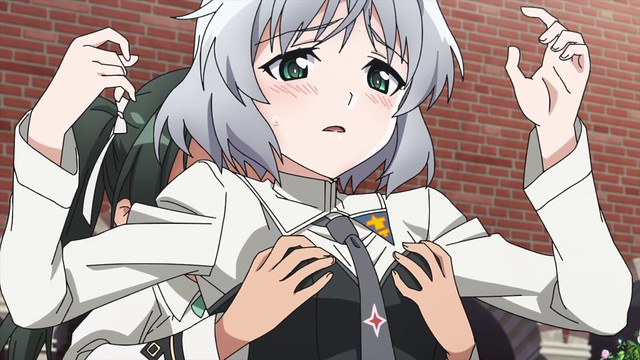 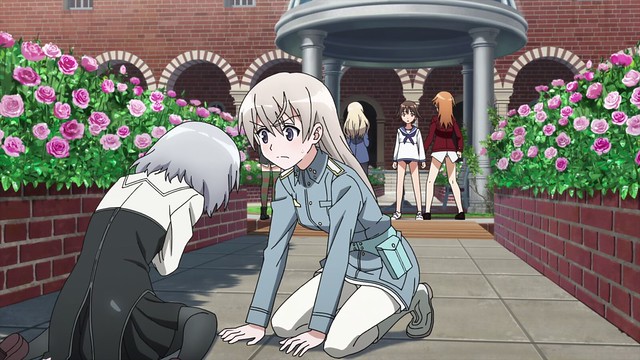 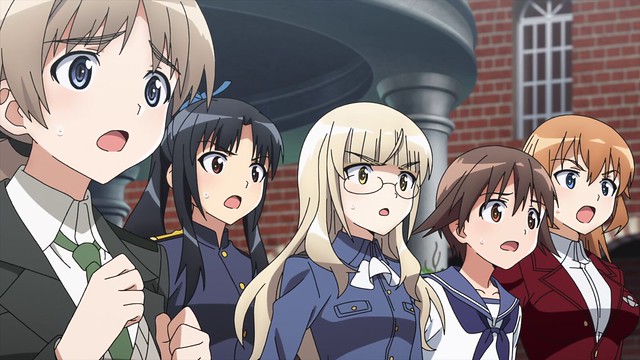 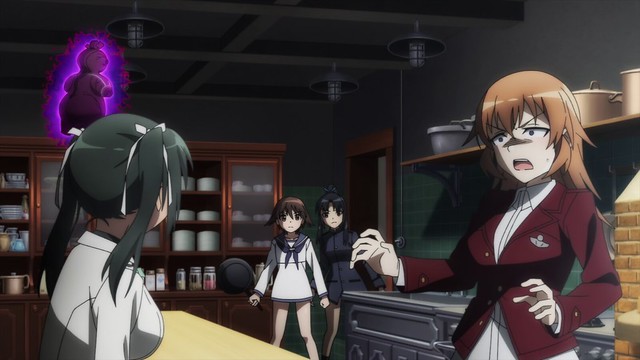 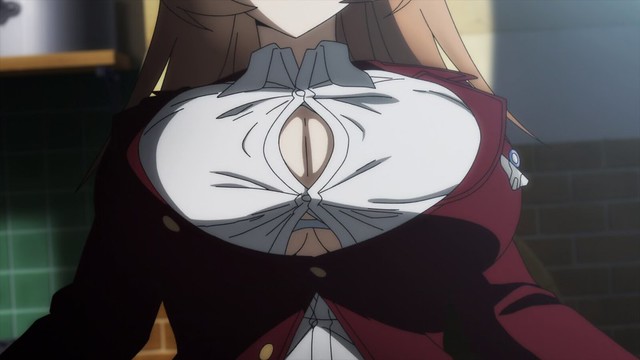 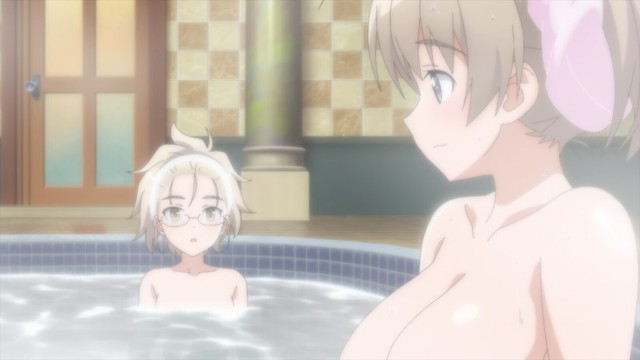 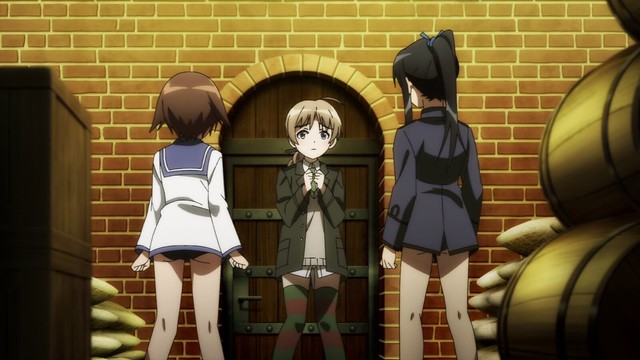 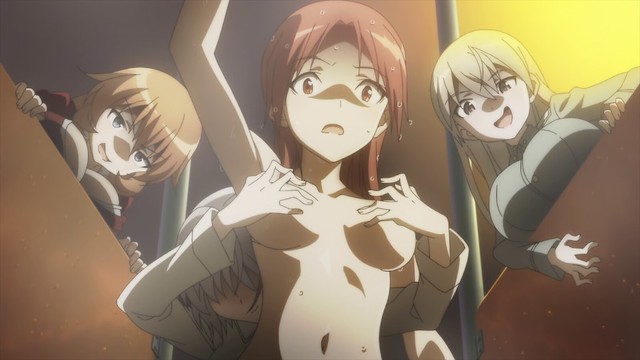 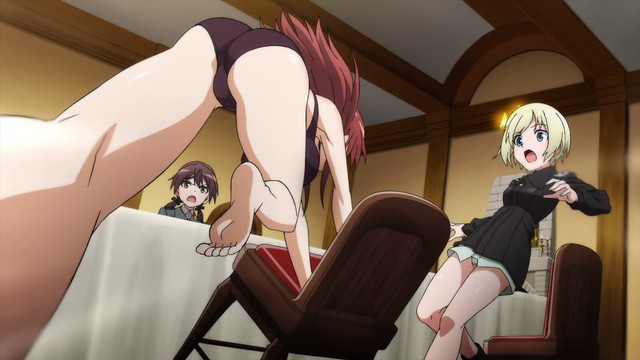 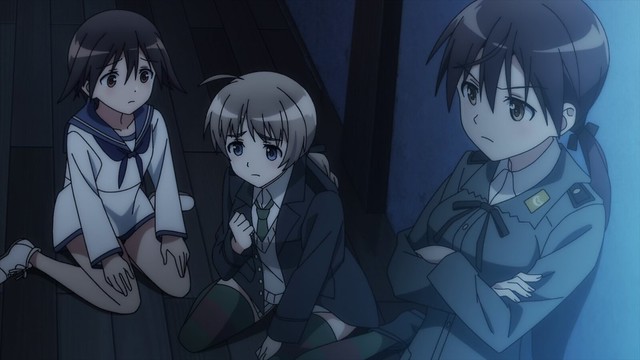 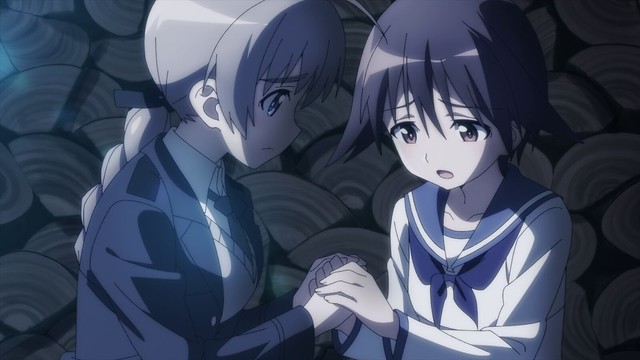 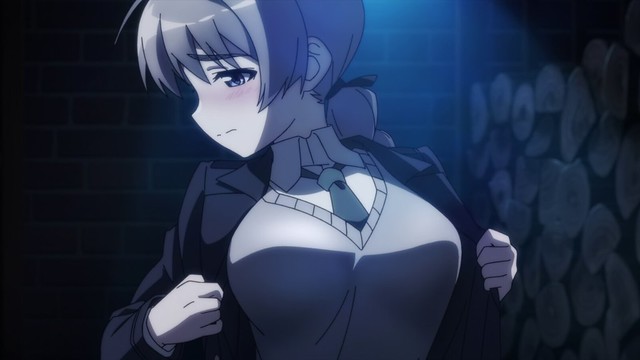 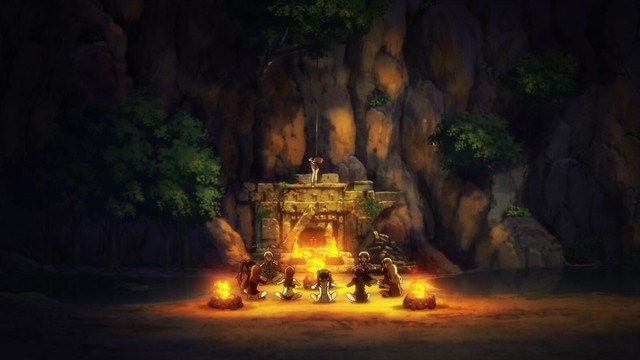 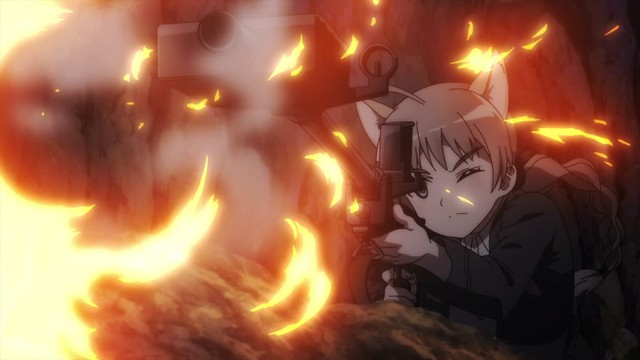 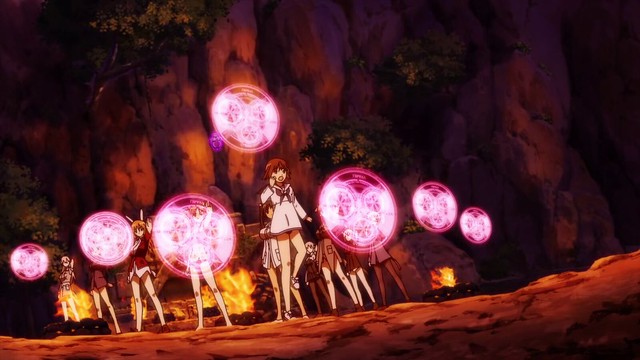 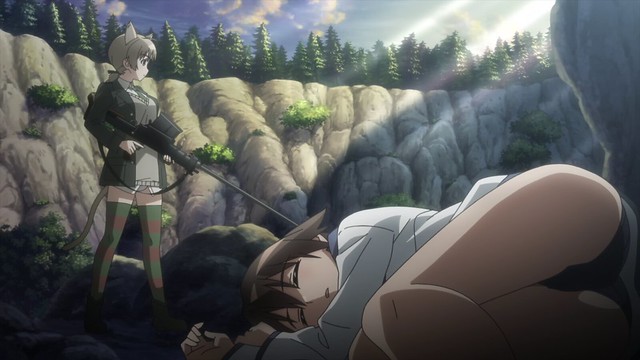 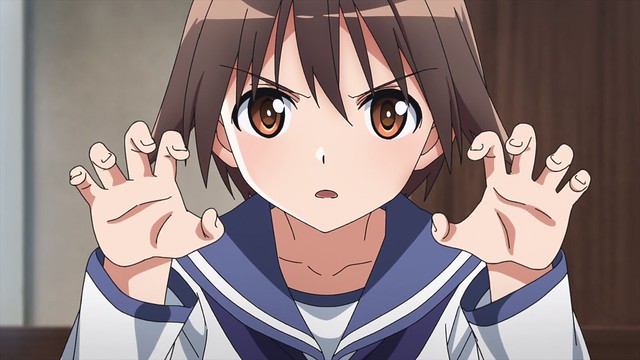 Fanservice episodes have been a staple of Strike Witches since the first season, and while Brave Witches opted for a more meaningful story that contributed to world-building in place of lowbrow jokes, Road to Berlin appears to have returned to the serie’s roots – simultaneously being more faithful to the originals and being a step down from the direction introduced in Brave Witches, Road to Berlin likely aims to suggest to viewers that, while the series has advanced from its origins, it remains respectful to what had originally made the series stand apart from its contemporaries. In this episode, Yoshika’s old traits returned in full force: her fascination with her peers’ mammaries had been absent from the film, leading me to wonder if Yoshika had moved away from that stage of her life, but it appears this tendency is retrained, only to be overshadowed by her desire to protect and fight for those important to her. I suppose this serves to humanise Yoshika’s character and show that she does have her eccentricities outside of her reputation in the armed forces. Outside of this seventh episode, Road to Berlin has been a thrill, so I imagine that this episode’s events are not an indicator of what Road to Berlin is about; while there was a possibility of spending twenty minutes to world-build further here, fanservice romps in Strike Witches will continue to offer some amusement, and this is the route the writers have taken. Next week’s episode should see a return to the norm: the focus is on Sanya and Eila as Christmas rolls in, and as long as Road to Berlin continues to stay focused with its other episodes, I won’t hold this outlier against the series in any way.